Opened in 2004, Argentina is the first distillery to produce spirits and liqueur range, using traditional methods. The name of the cellar, tapaus, huarpe is a word that means “hidden treasure”. The star is a staple distilled Malbec grape.

Designed by the owner, architect Marcelo Pedemonte, won the first prize in the 2000-2004 to Build built works of architecture and became a symbol of the effort to assemble and construction modern indigenous spatiality.

This project falls in line with the developments that took on greater force after the 2001 crisis in Argentina, where traditional activities enhanced their tourist attraction.

You can make guided tours in Spanish, German into English.

It is located just over 20 kilometers from the city of Mendoza, in a rural area called Lunlunta on the Wine Route.

The choice of the land on which it is implanted was not accidental: proximity to the capital climate for vineyards and olive groves, with soft hail do not affect production, and the magic of a town that stands between the mountains and the contrasierra.

From its genesis, the building has been raised as regards a potential new paradigm for Mendoza industry: the distillery of spirits (drinks of spirits) whose typology commonly used gabled roof, but in this case were reversed, changing the Ridge by gutter service. Also, the typical symmetry of this roof is reformulated with a marked asymmetry that acknowledges the unprecedented character of the site, opening like a large mouth glass to the wall of pines.

The guiding idea has been the use of light as an architectural material essential. Just as the master destillery (the winemaker of the staples and Spirits), clarifying, purified and distilled alcohol, the architect clarifies, purifies and distils the light: narrow slits and ducts where it is filtered, true stills function as lighting. The character is not imposed chromatic pigments and paints using alien, but exploring the “natural color” of local materials, is like saying that the tectonic color, thereby achieving a tight integration with the landscape of the valley.

The body recognizes a vertebra space whose sides are articulated service areas and major areas. Buried in the basement, the Tapaus, recognize each service areas deposits of inputs, boiler and water softener, and storage of high-grade alcohol insulated by six feet of earth and stones on which proposes a thorny garden that is reviving the “empty riverbed.

The main areas are: the Pentapaus (space roofed pentagonal-shaped five-pointed star, symbol of ethics and quality premium), which houses the private collection of shareholders, the large pit, resolved with porticoes of 14 meters light barrel shaped, and the three boxes radial aromatic, each corresponding to the three main branches of these products: distilled spirits and liqueurs.

On the upper level are located the fermentation tank and the great ship of stills which can accommodate up to six computers. The office building, laboratory and fruit selection is implanted close to the street and creates interesting visual leak richer and more complex than the front of the nave.

The tour ends in the tasting area, with excellent views to the mountains of Lunlunta; there, a great inverted cup completes the trilogy with the two bells of the nearby chapel of the seminary.

The plant landscape design plays with the extreme desert – oasis going strong in managing the species in place: Poplar, pampas grass and olive trees. Water, like an oasis, is ditch – the vital link and a large mirror reflecting the cast building with the environment. On the roof of the tank of alcohol, floor level, we designed a native cactus garden that serves to protect from the outside temperature.

For the designer, the materials are not only a resource that allows you to link the work to its surroundings are also a way of raising the question of creation.
Stone have been used ferries and heading, extracted from the riverbed Mendoza, located just one kilometer from the site, rolls and cane woven impregnated poplar; materials in the context of modern spatiality avoiding rediscover the simple use of such folk. The reinforced concrete with its rough texture refers, first, to the materiality of the irrigation canals that cross the province, and from another perspective, a texture “brut nature” such as alcoholic spirits high.

The metal roof structure and cladding tubes is solved Schedule, discard the oil industry. Rounding out the palette of materials the flats textured by time.
The tastings are done in a large inverted cup made of clay material coated in gray and black, topped with a light shafts and ceiling made with jugs of flexible rods.

The interior decor is as stripped as the outside. It also used the finest materials and the area, such as presses marc oak reclaimed from old warehouses, an entire memory called the stale world-renowned vineyards of Mendoza. 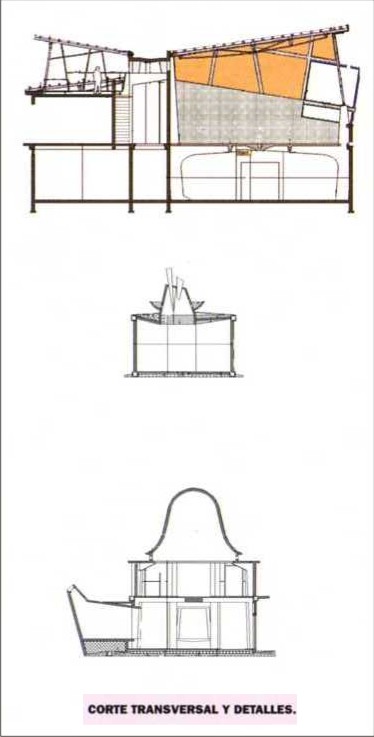 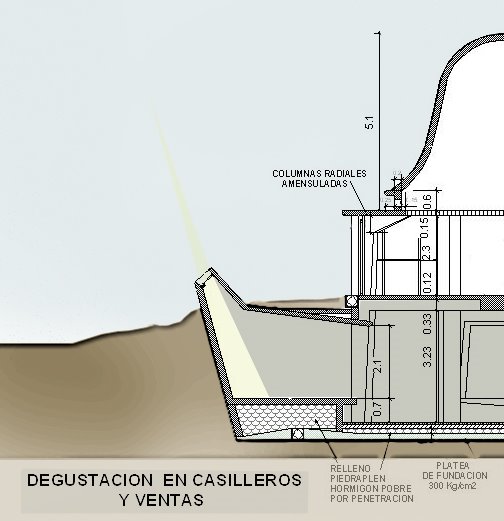 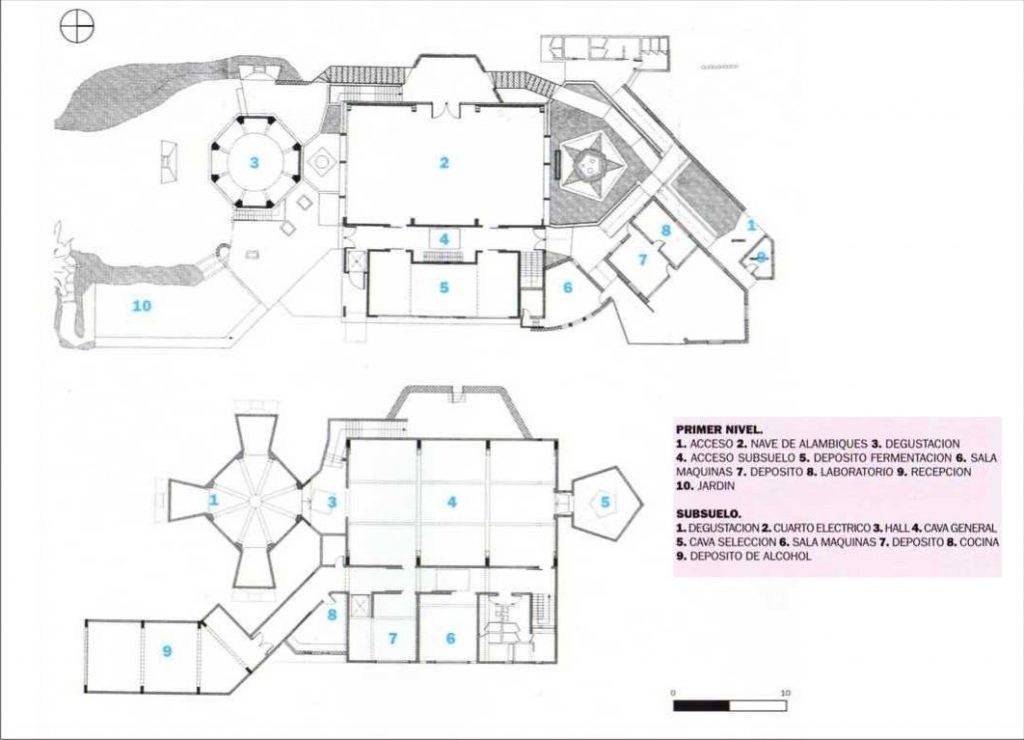 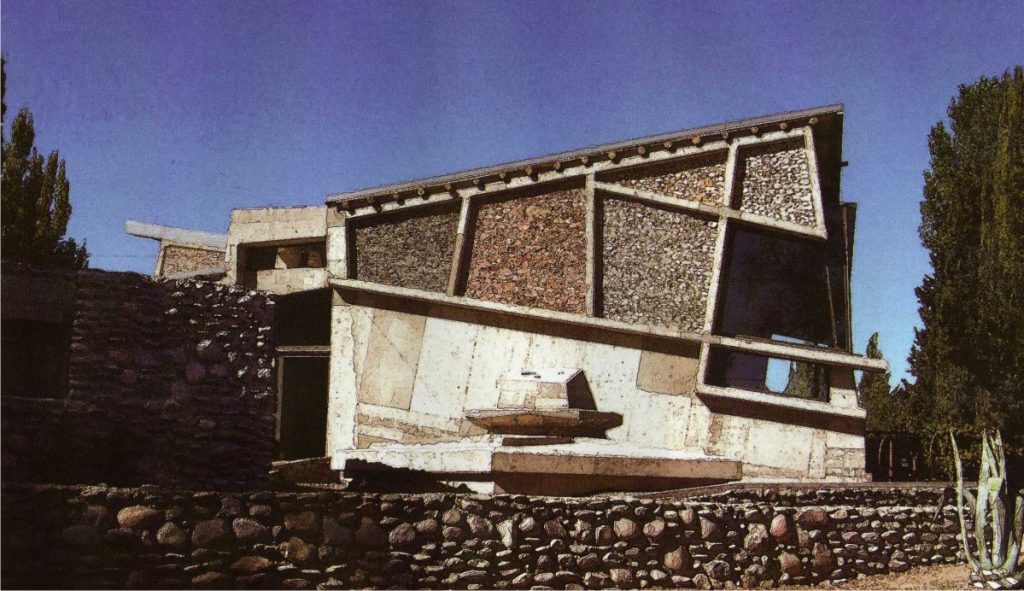 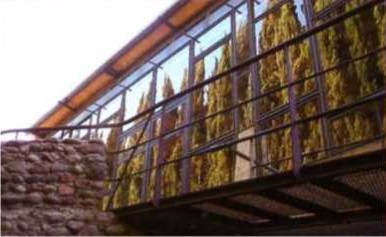 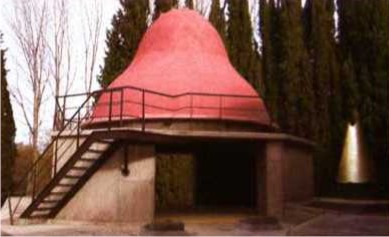 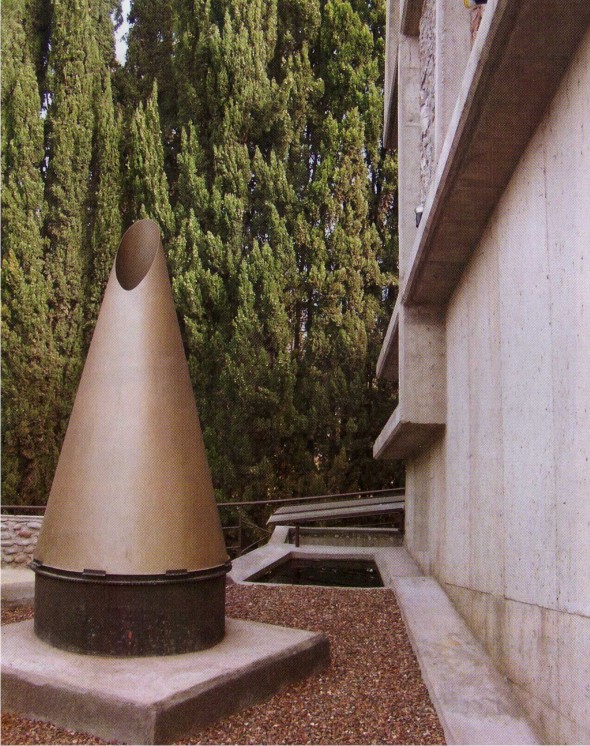 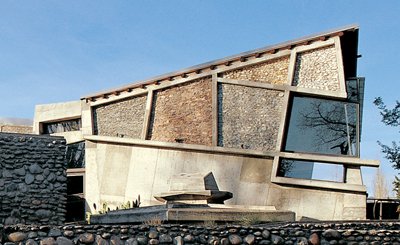 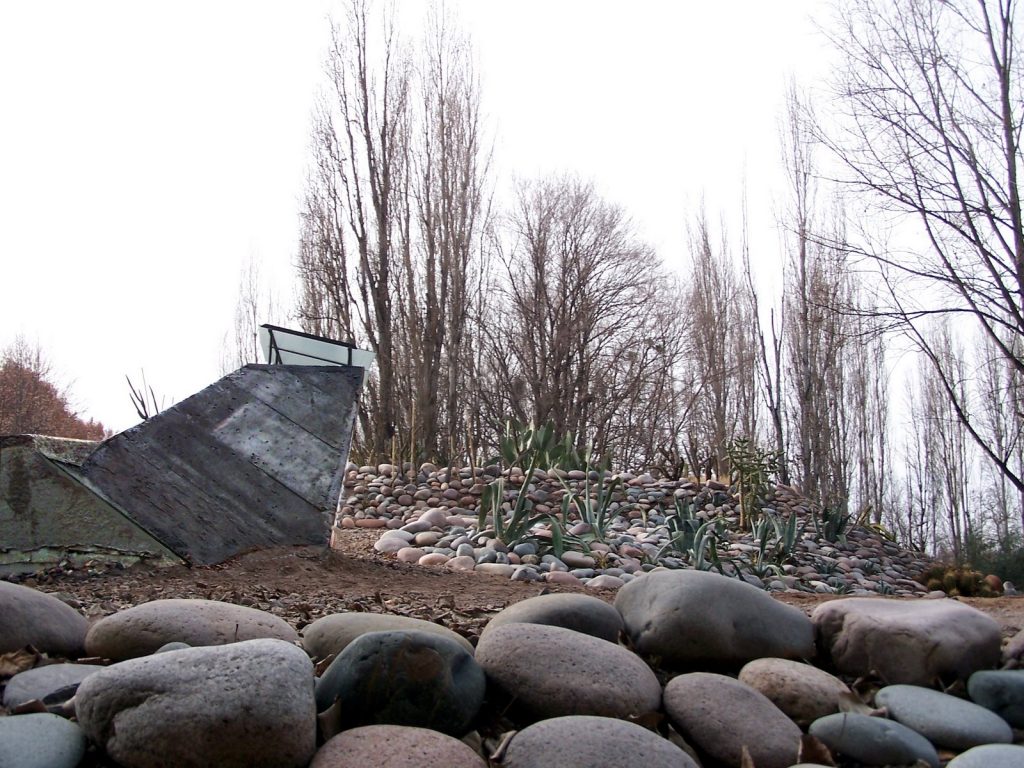 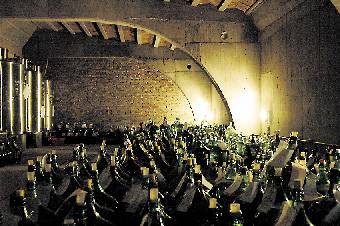 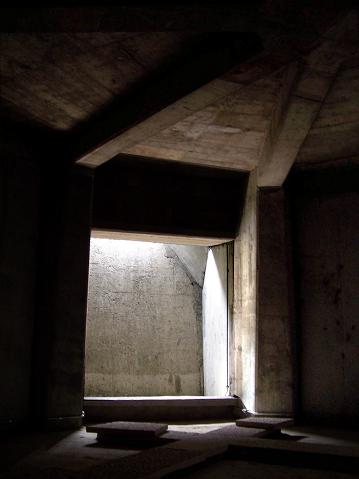 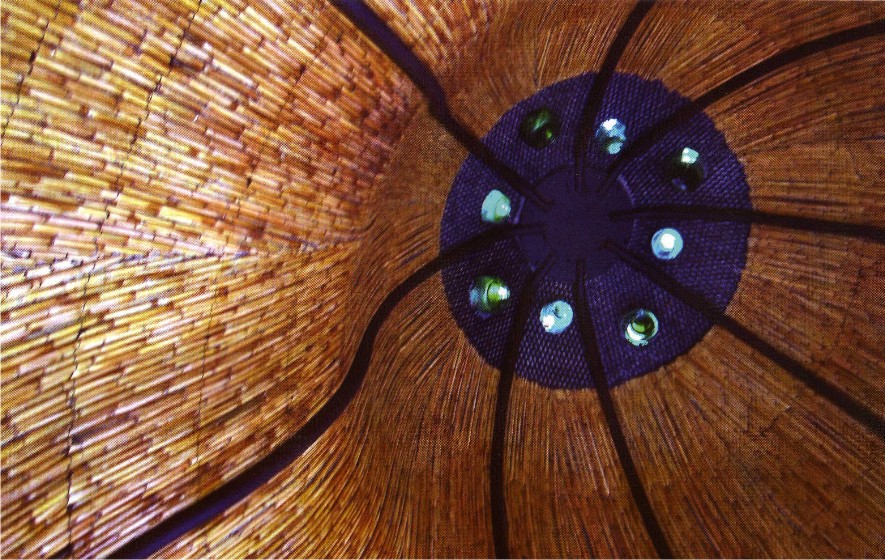