Tania House or House for my sister

The work of Chilean architect Smilian Radic footprint than any author. His designs are elegant, delicate and discreet, but every one of them responds to specific circumstances. Beyond any formal or fancy display their works reflected the essence of the environment where they are located.

The synergy of materials is fundamental to the effectiveness of the forums, no piece is applied arbitrarily, everything has a purpose and plays a role. In turn, the spaces are actively involved and agreed with the context, his buildings are not imposed on the landscape, the complement to be part of it.

In 2001, Radic designed one of his most important works: The Casa Tania, also called House for my sister.

The project name comes from the book Incorrectness, Thomas Bernhard, in which the protagonist becomes obsessed Roithamer build a cone to inhabit his sister. She dies when she saw him and he commits suicide. That novel was born the name House for my sister.

The house is implanted in a recently urbanized area, called Lo Barrenechea, steep and barren geography dominated by single family homes on land not exceeding 800 square meters. The site is located in corner position.

The great challenge of this work was to overcome the constructive model of a neighborhood without planning, culturally disconnected, which is only governed by the laws of the market.

The project focuses on the use of space.

The architect for this resume the tradition of Chilean architecture of the ’60s, which homes were conceived between party, including and integrating the courtyards and open spaces within the same plant. The house is surrounded by a perimeter wall that mimics the space between party and used the natural undulations of the land, without filling in the uneven and disconnected without parcel corners. Moving away from the model that he calls “garden waste, Tania House incorporates open spaces composing an organic and self-centered.

It is located on a corner surrounded by land on the perimeter wall mented that, in turn, is crossed by the volume of the house. The set includes three courtyards, a roof terrace and garden with swimming pool that accompanies and follows the route of the wall.

You enter through a courtyard, which functions driveway ramp, facing northwest, announced by a concrete sculpture that gives identity to the house, and known locally as “Stone House”. On income is suspended by the front wall of the house opaque, with small openings and black ceramic coated to protect from light, the sun and heat of the northwest. The part of the building, meanwhile, is oriented to the southeast, overlooking the garden and pool.

The ground floor consists of a large continuous atmosphere of 3.30 meters high and 21 feet long. Upstairs are located the four bedrooms, two bathrooms and a living room with terrace overlooking the mountains.

Concrete and wood are the main materials both outside and inside the house.
The perimeter wall surrounding the field is reinforced concrete.

In the kitchen, dominated by stainless steel surfaces.

Tania House or House for my sister 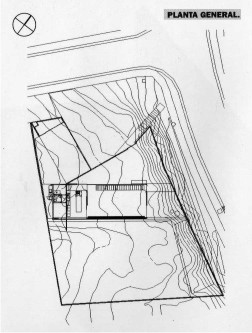 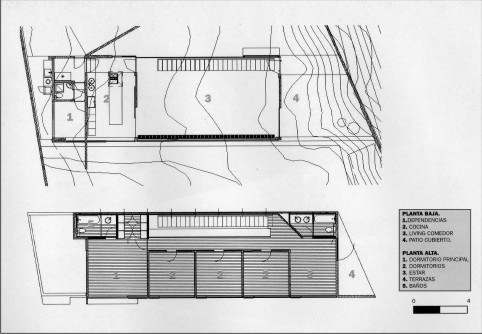 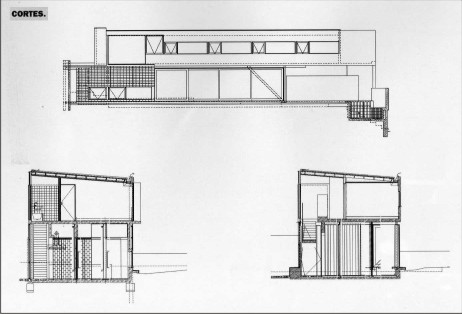 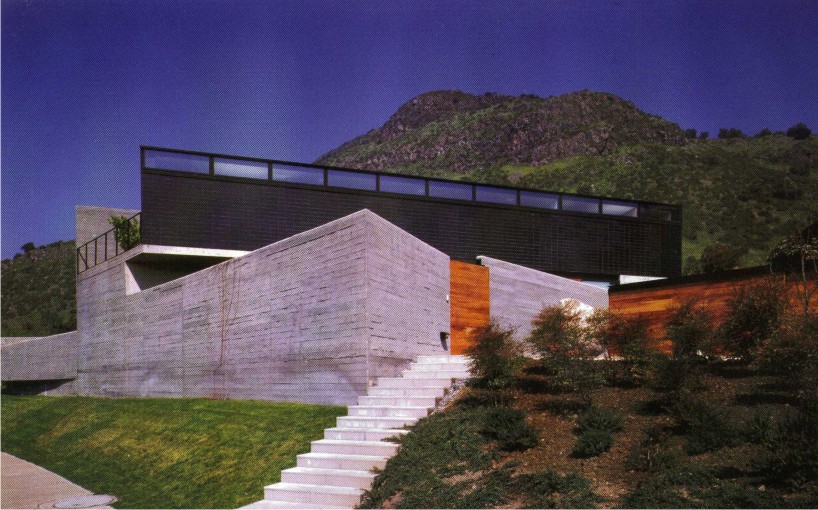 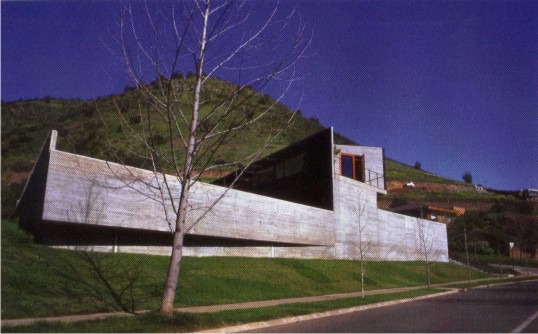 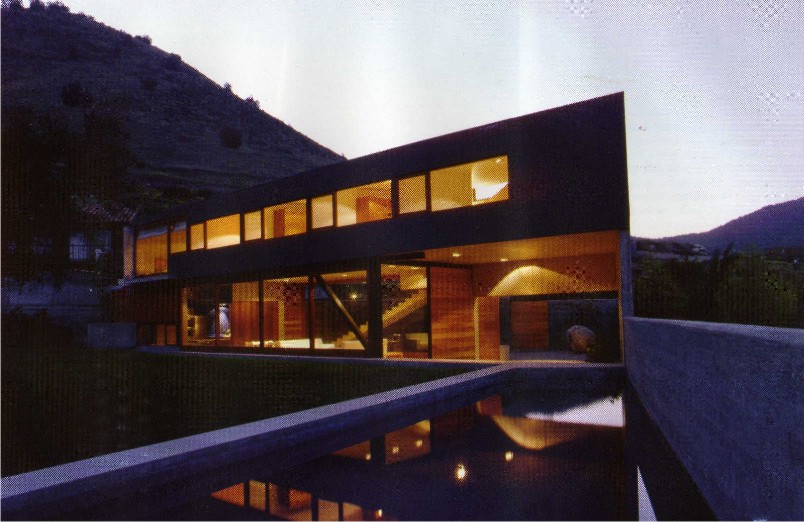 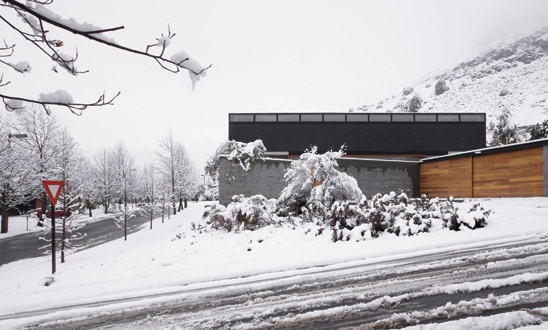 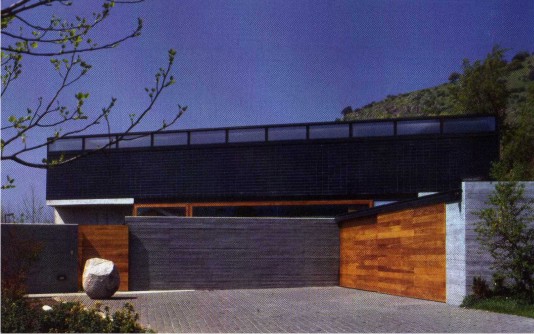 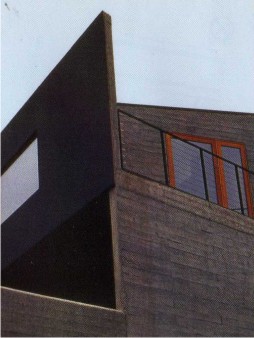 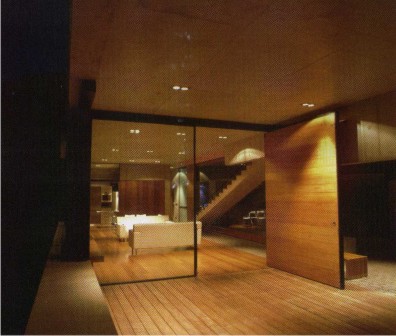 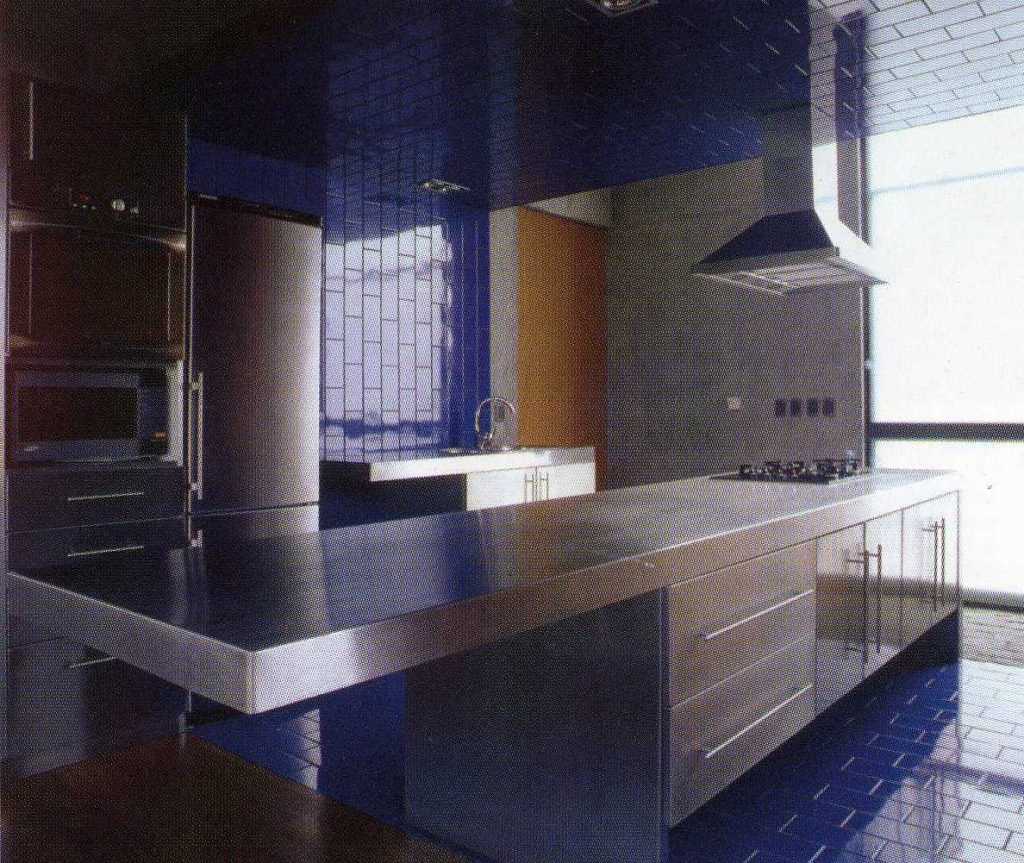 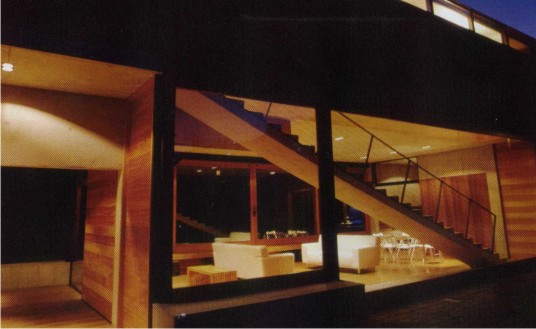 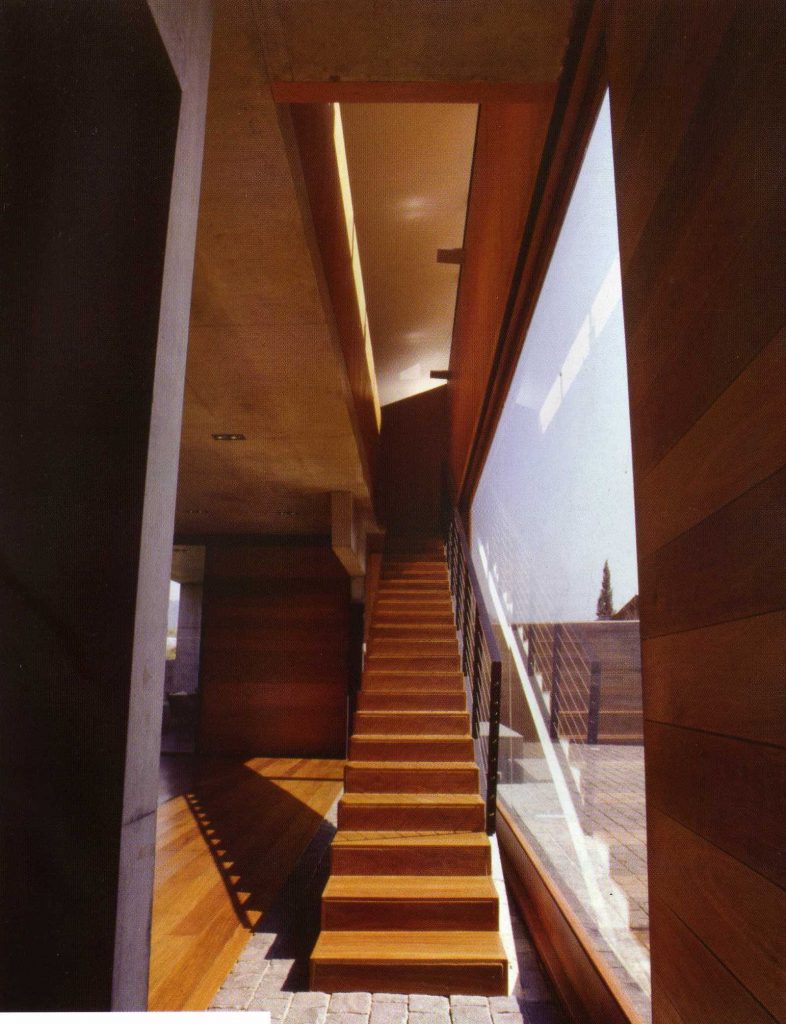