Although in their original plans was a building of 88 storeys, with about 400 meters, the design of Taipei was amended so that it could hold its title of world’s largest.

“The building was in its initial design of 88 apartments in principle but was not among the highest in the world, rose to 100 floors with 488 meters high, but none came to building the 500 meters, was increased to 101 flats with 508 meters, “says the engineer.

This tower is located on the block that make up the street and Sonchiz Avenue Hsinyi, in Taipei. The land of about 30,277 square meters, is owned by the municipality of Taipei, who ceded it to the construction company, through a concession contract to 70 years. Besides the top 101, the building has five floors that serve as underground parking. Opened in July 2003, the building is divided into two parts, one tower and a larger multi-building complex. The upper part consists of six levels for commercial plazas, and from the seventh to the top floor are reserved for commercial offices.

How to design Taipei 101 represents the bucket of rice that is sold in that city, with the smallest base was down, leading to a phased symmetry. In total, the building is composed of eleven cubes. Each cube is a module of eight floors, where the first is reserved for equipment and machinery maintenance of each module.

The resistance of the building structure is based on 8 sidebars, and 16 central columns. The latter form a mega structure through which passes the elevator. The columns are a hybrid of metal and concrete. The size of the steel columns is 3.6 meters wide, 3.4 x 3 meters long and have a thickness of 80 millimeters of steel.

The body of the columns are filled with reinforced concrete, to achieve greater endurance. Part of the circular building is made up of “mega mega columns and beams,” and to link the two is made, every eight floors, the central columns interlocked with the side through the rafters. For the unions are performed some cuts in the beams, which allows better stabilize the peso and dissipate energy in cases of landslides, so that the walls are cracking. In the main part of the building will also add about 30 meters of columns, which can penetrate to the rocky terrain. In this part of the support, adding a total of 601 underground columns of 1.5 meters in diameter, plus another 16 support columns in the commercial part of Taipei. To distribute the load of the building, engineers built a concrete platform in the middle of 3.5 meters thick and at the periphery of 4.7 meters and on the sides of 3.5 meters. “The columns are based on the platform and it in turn distributes the load on the columns of support to ground level,” said Shi Ying Kan, during his recent visit to the Dominican Republic.

“One thing that is envisaged is that the deaths in fires, which burn more are choking, so the building is at the top of each cube a corridor of about two meters to enable people to leave.” In addition to the floor machinery of each module includes a reserve of water, enough to attend the eight floors.

Can withstand earthquakes of up to 7 degrees on the Richter scale and winds of over 450km / h. The major absorption capacity of this structure lies in a wind damper with metal plates of 660 tonnes which is installed on the floor 89, this is the larger and heavier worldwide. It is divided into 8 segments, 8 floors, and is the only buffer that is visible to the general public.

Besides 8 supercolumnas grip on what the base, built in reinforced concrete and steel, embrace it to the floor 26, while 32 other columns rises to the plant 62. The cuts at the corners diminish the force of the wind and a complex mesh of steel it embraces forming a belt that makes a narrowing in the bottom of the building and the plant reaches 34. A giant ball of steel, 680 tons is suspended from his upper residing on the floor 92 and serves as a counterweight against mechanical vibrations, absorbing energy and limiting the oscillations.

TOSHIBA gave the company to build the tallest building in the world the technology needed to incorporate the world’s fastest elevators to reach a speed of 1010 meters per minutes carrying 30 people from the plant 5 to 89 in less than 40 seconds.

Besides the lifts are equipped with the latest technology in ermetismo fences similar to that used in aircraft to ensure maximum comfort for users during their use.

HORNG according to the geologist Cheng Lin, of National Taiwan Normal University, will also be run by the quake area of Taiwan. Taiwan is located on a geological fault, so it has always had earthquakes. But in October 2004 and March 2005, two earthquakes of 3.8 and 3.2 degrees on the Richter scale had its epicenter just below the building. Coincidence? The geologist suggested that the 700,000 tonnes of the building have moved this effort vertical to the upper layer of the earth.

This extra pressure that is going to fail, it would trigger those responsible for the tremors. But the geologist and managers of the building did not confirm nor rule out that up to perform a full investigation to establish what exactly the effects of the tower on the soil of Taiwan. 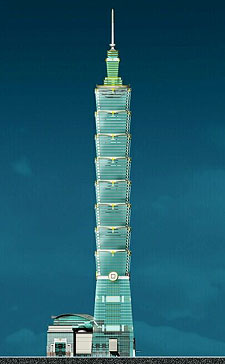 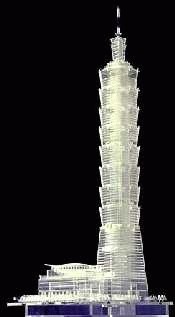 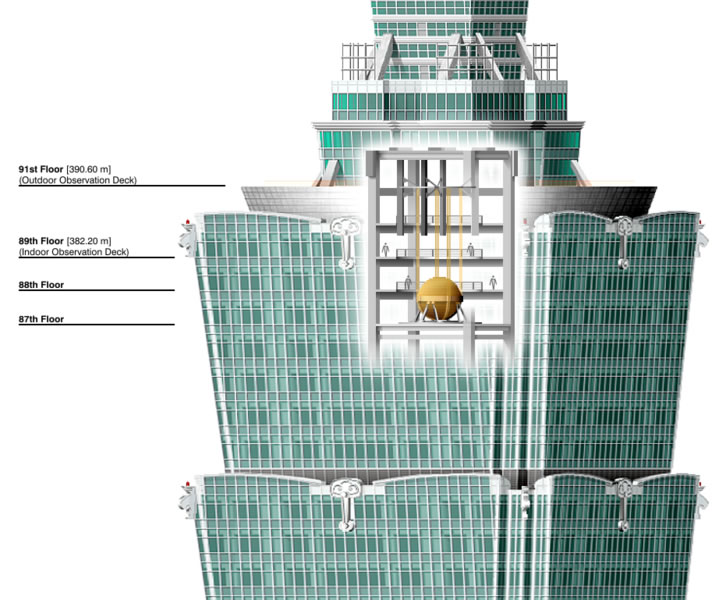 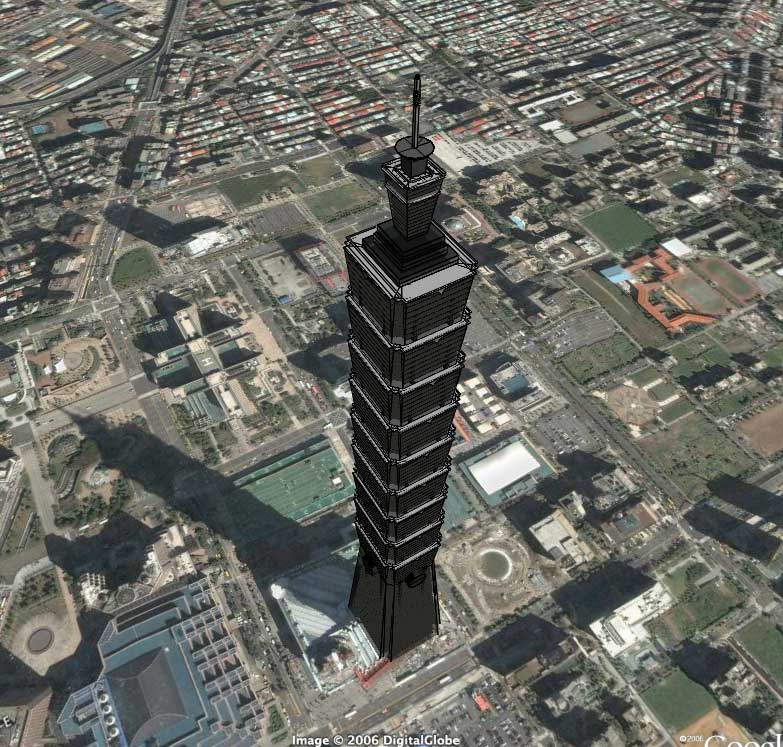 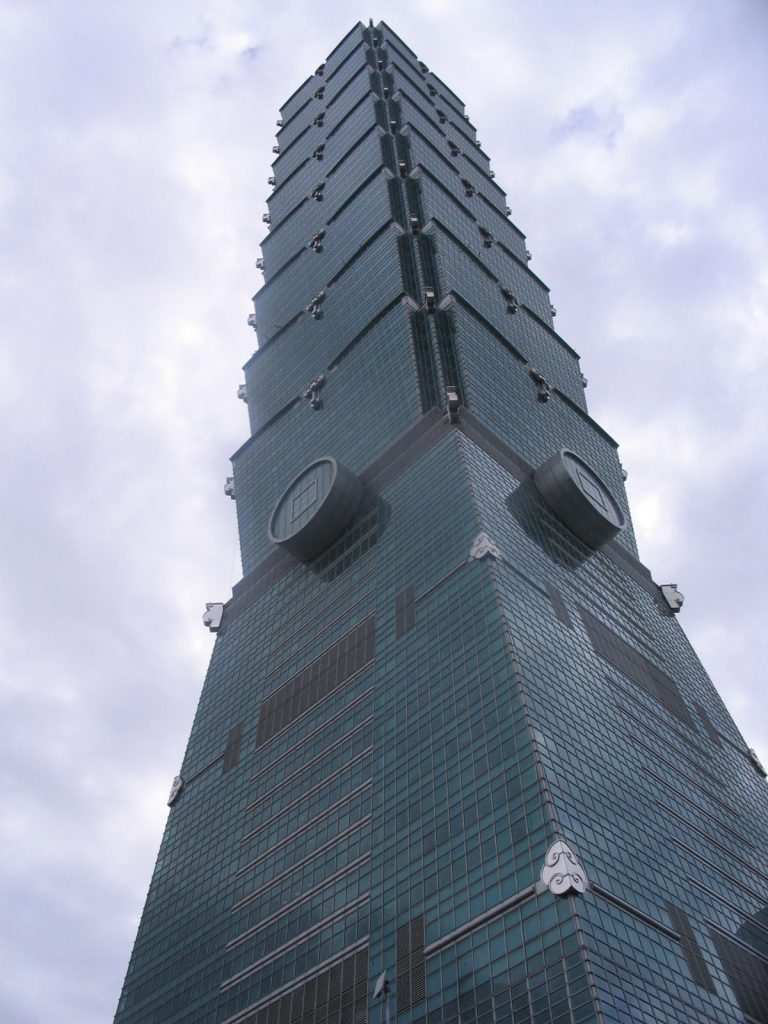 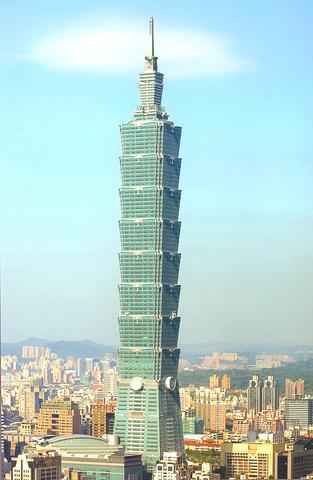 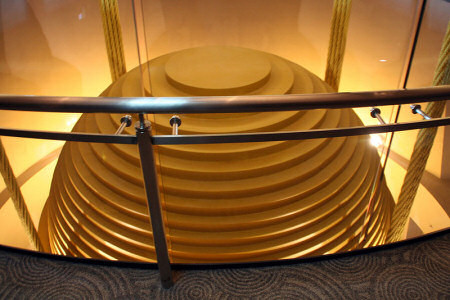 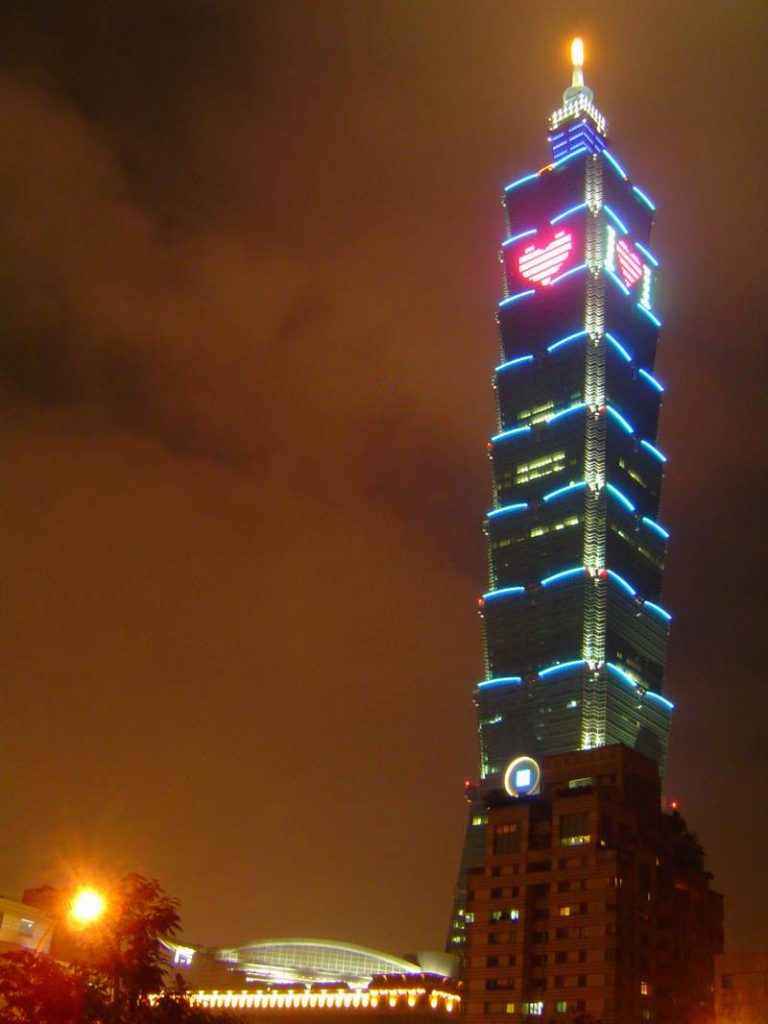 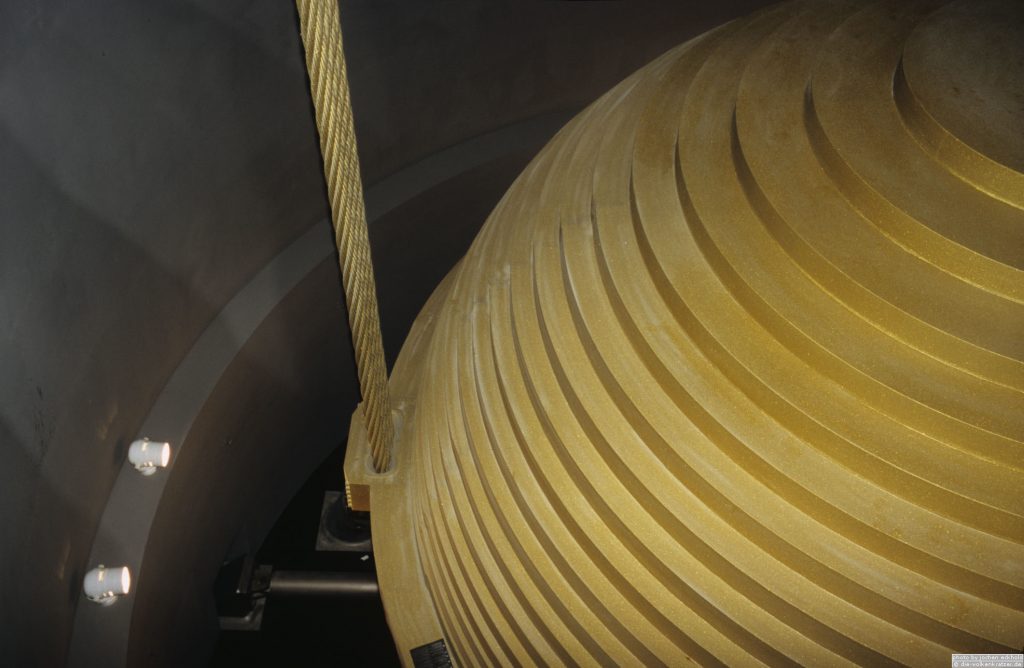