Tempozan whole is one of the most important interventions in Osaka waterfront. This set is composed of various equipment among which Kaiyukan Aquarium of Chermayeff and the Suntory Museum of Tadao Ando, which, each with a specific activity, contribute to the mutual prosperity of the city.
The cultural complex, wanted by Suntory, a Japanese producer of liquor, includes a gallery of art and design, a 3D IMAX cinema, a number of shops and a restaurant.

Suntory Museum is one of the best of Tadao Ando attempts to solve the issue of the relationship between man, water and architecture.

Located in an area within Tempozan Harbor Village, a recreation park in the heart of Osaka Bay, next to Kaiyukan Aquarium in Minato.
Initially the site was separated from the sea by a strip of land owned by the City of Osaka. However, the proposal to create a plaza as a place of encounters, were able to extend the competence of the museum.
The land is 13429.40 m2 while the building occupies an area of
3983.80 m2.

Each element of the composition is treated separately and has a relationship with Osaka Bay and the natural context.
The museum is going to meet the sea with a 100 square meters and a depth of 40 m, consisting of stairs and slopes to enter everyday life in the water.
In the sea rose monumental five pillars, which are repeated on the dock at Pier 70 m long, strengthening the sense of continuity between square and ocean.
In this case, water has been treated as a work of art.

The composition of the building consists of an inverted truncated cone intersecado two volumes binoculars, gallery and restaurant. The cone is 48 m in diameter acristala to see the ocean and left the area inside the theater, as if it were a giant pearl.

The distribution center is the hall of the building, located on the first floor, accessed directly via an escalator.
The hall was conceived as a large public space with a spectacular view over the bay, on the looming shops, restaurant and cinema, whose entrance is directly linked to a panoramic terrace.

The museum itself is situated at a higher level and has been organized into two parts: an open floor area to house temporary exhibitions and a well-defined space for works from the permanent collection.

The large body-shaped trunk has been achieved with a reticular structure space while the other parties have been made with reinforced concrete and pre-tensioning.

It was built in a variety of materials: steel, glass and concrete.
The materials and technology used in this project have been carefully studied in order to preserve the building from exposure to wind and salinity of the environment. 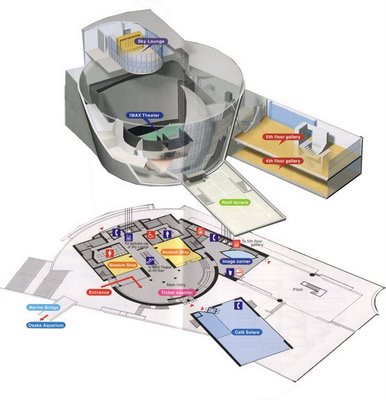 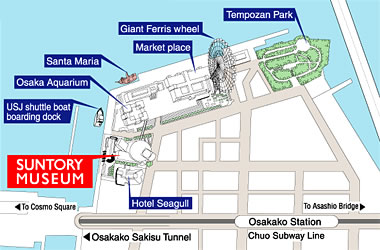 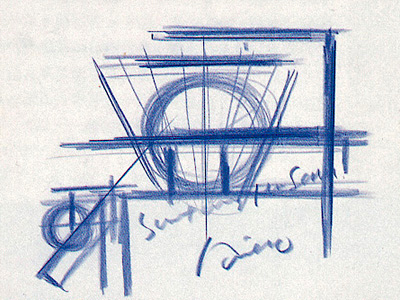 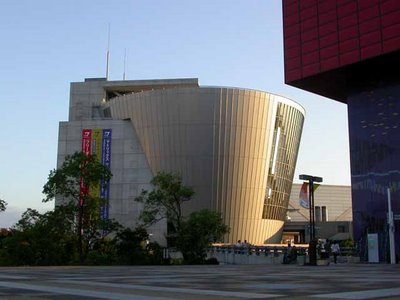 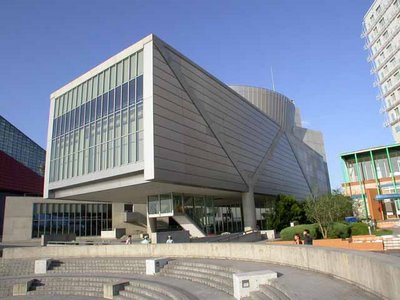 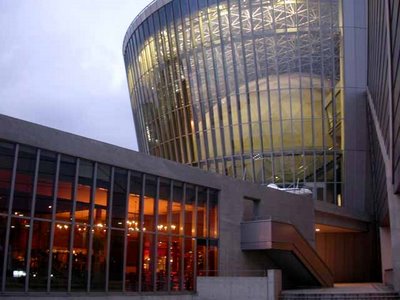 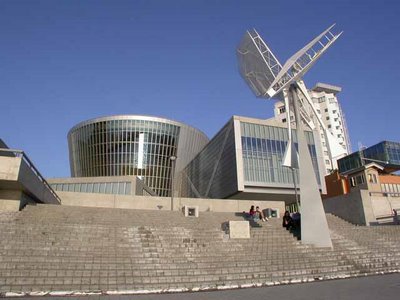 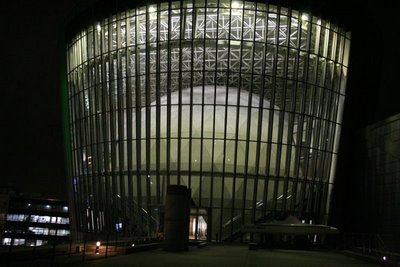 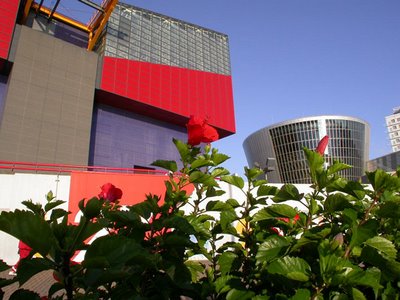 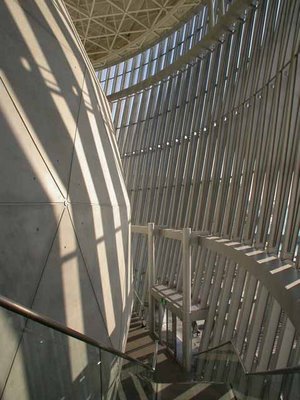 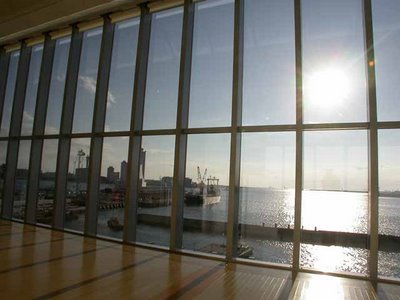 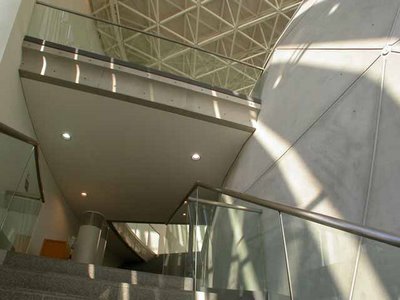