The Stretto House (1989 – 1992) in Dallas, Texas, was designed by American architect Steven Holl. The clients owned a magnificent collection of art and a special spot. They did not put any condition to the architect.

Since the beginning of the project, Stretto house was ideal. To begin, one of the customers had grown up in a house designed by the legendary Frank Lloyd Wright, and therefore, he had inherited from his family affection to the architecture.

The house is in a landscape marked by a stream that fed three ponds. These were contained among small walls of water that leaped to the sound of a constant buzz.

Talking with one of his students, who also attended music classes at the prestigious Juilliard School in New York, Holl asked if he knew of any music that is structured in parallel to the water that ran by. The student told of how “Stretto”, where a musical stage overlaps with another. Then the piece of Stretto Music for string instruments, percussion and celesta “written in 1936 by the Hungarian composer Béla Bartók came to their minds. The piece is divided into four movements and is characterized by overlapping between percussion instruments (heavy) and spring (light). Powerful movements divisions irregular rhythm and make the emphasis appears to stop or speed up time with a speed irresistible.

It took six months to the architect to propose an outline of the house music is structured around four parts. It was the idea of an area that water would be realized and maintained with the construction of housing.

Since the arrival at the shelter, which takes place on a bridge to save the stream and enter a stone courtyard with a fountain, it shows the juxtaposition of spaces throughout the house. If the plant is completely orthogonal, the section is curvilinear. On the contrary, similar to investments that are produced in the first movement of the Bartok piece, the flag is reversed Guestlist morphology.

The “Stretto allows Steven Holl divide the space so that each part is important to the next. The movements of the space evolve in different ways: the soil surface over the next level, the walls and roof flap curvilinear walls introduce daylight into the house. The water overflowing the dam and seems to symbolize the overlaps of the Stretto also takes part in this game to reflect the landscape overlap inside the house.

At home Stretto Steven Holl calls on the senses and plays with the artistic perception and understanding of the place. It is the pleasure of experiencing architecture sequences of light, space, textures, smells and sounds.

Both its polished concrete blocks and metal structure are part of the vernacular architecture of Texas. These materials comprise the four sections of the house which in turn are divided into two modules: one rectangular and heavy masonry that refers to the land of concrete dams, and other lightweight metal curved covering several stays. 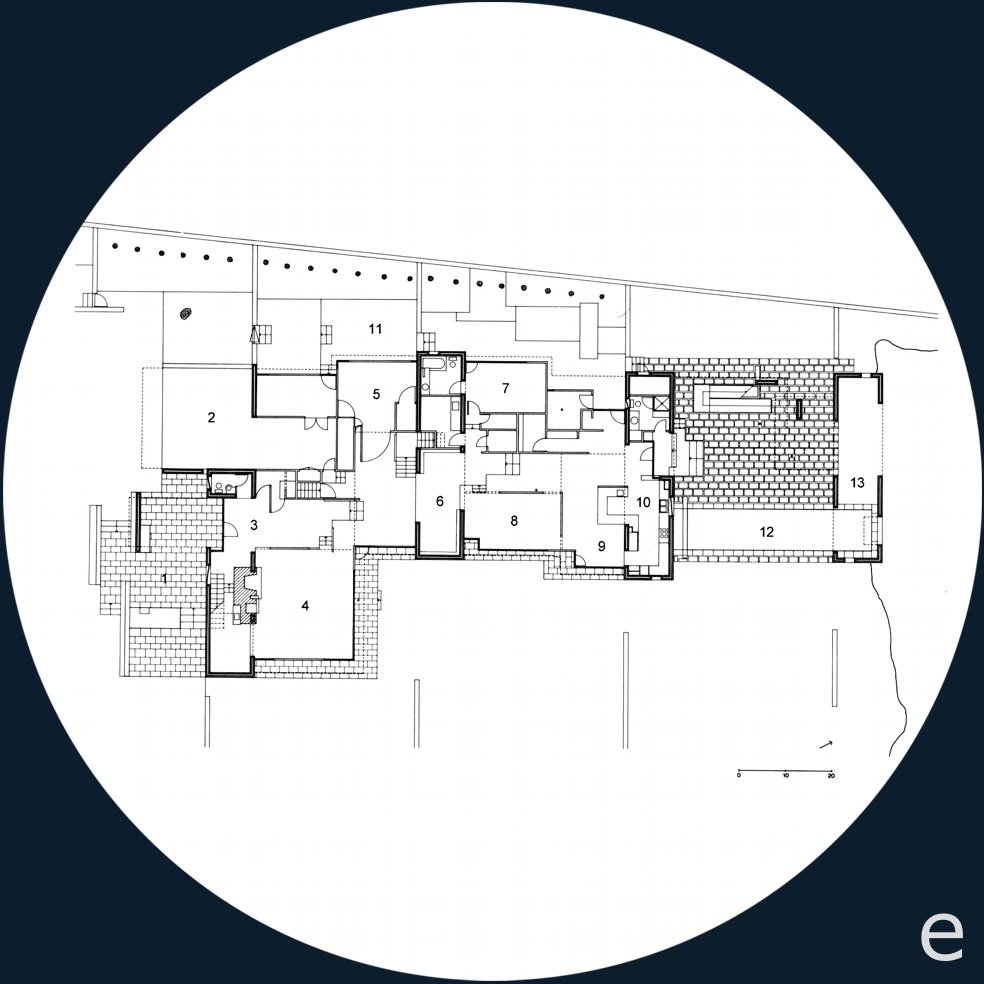 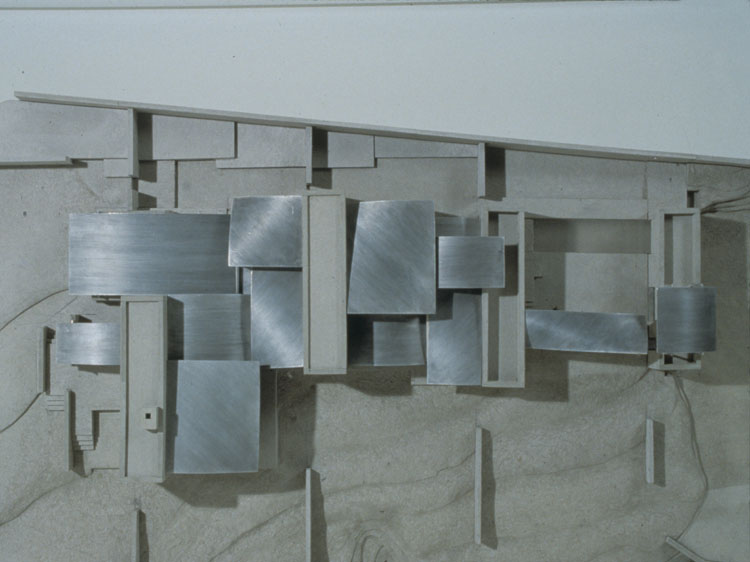 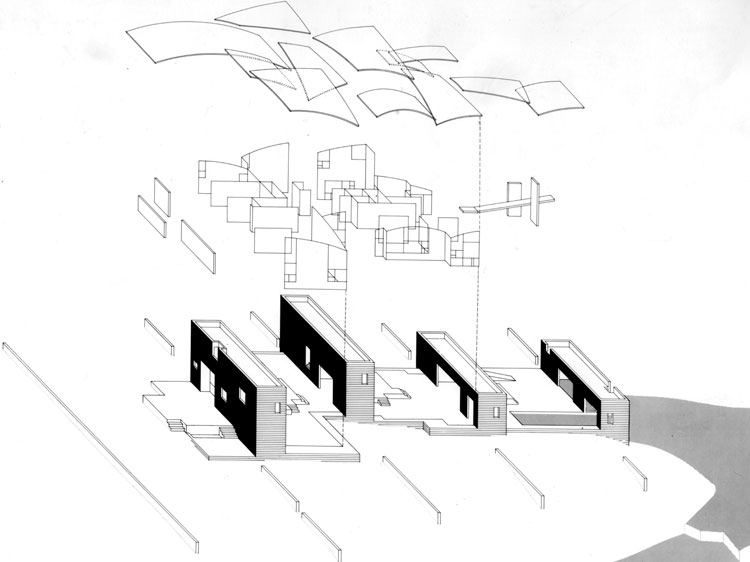 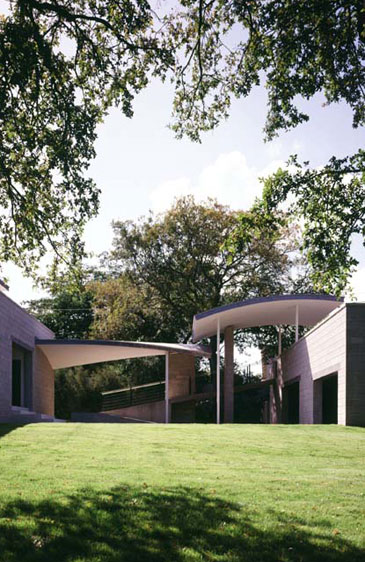 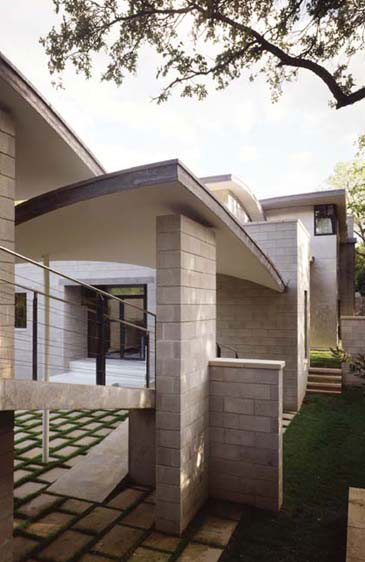 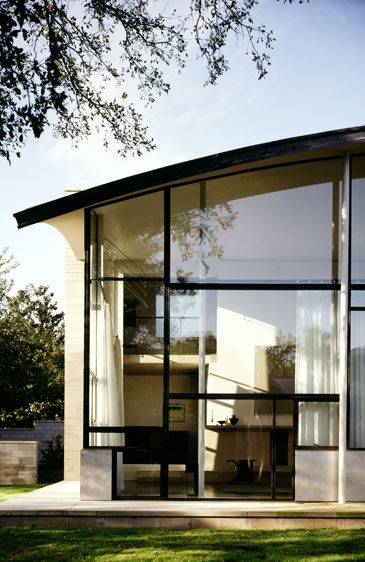 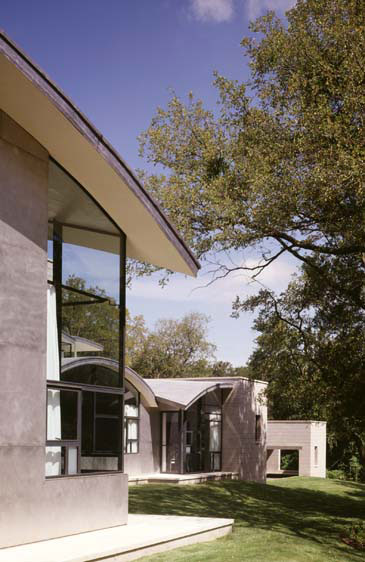 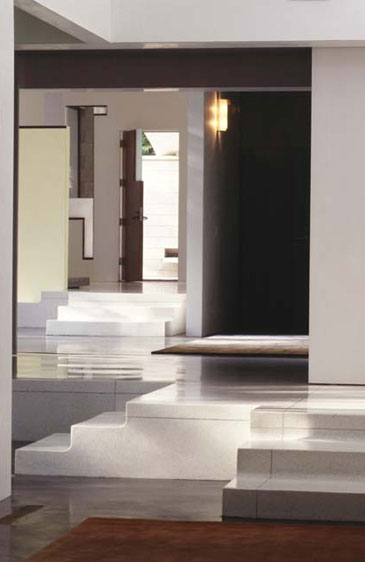 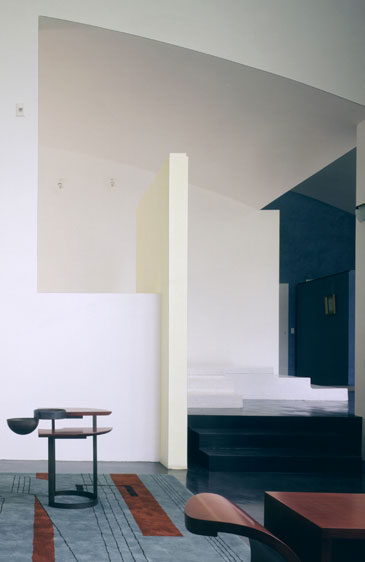