Continuing with the idea of creating a brand identity with the city, Barcelona has said his first piece of the famous architect Zaha Hadid to the Spiralling Tower.

After a few problems that have left parked on the plaza project to be undertaken by the arts Hadid, the city secured the signing of the award-winning architect with this tower “Spiral.”

The unique building will become the door of the Inter-Campus architectural Besòs.

The new building linking the urban area where the 2004 Forum was held with the Inter-Campus Besòs and 22 @, as the site where the lift of approximately 6,700 square meters, is almost at the confluence of three major new urban areas of the city. Specifically, will be located between the streets Taulat, Sant Raimon of Penyafort and Eduard Maristany.

The avant-garde architecture of Zaha Hadid takes the complexity of the integration of activities in a very different space. Overlapping volumes that resembles a stack of books is the unique way that will Spiralling Tower.

Hadid has designed the building in mind the movement of a spiral, hence the name in English. His preliminary superimposed on an irregular plants which results in a building with many different fronts as the point of observation. The original architectural settings also many areas open courtyards, terraces and overhangs, and helps to maximize the entry of natural light in all areas.

The new node created in the Spiralling Tower is the union of university and functional office space, establishing a bridge between education, research and business, promoting fresh opportunities for interaction among the various types of users through its new public spaces, the courtyard and the atrium.

The new building will house the headquarters campus of Besòs businesses and offices for science and technology development, creation and communication activities, studies, workshops and professional and engineering. The university will be located on the lower floors and offices for companies in the highest.

Due to the large overhangs and dynamic composition of volumes, the building’s structural steel forged metal. The cores will be built underground and reinforced concrete.

The tower, to be built in steel and concrete, will have an outer layer of the double-glass curtain wall with spaces interspersed with panels of aluminum to maximize natural light and allow views of the sea. 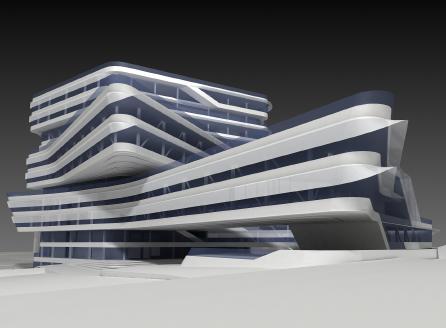 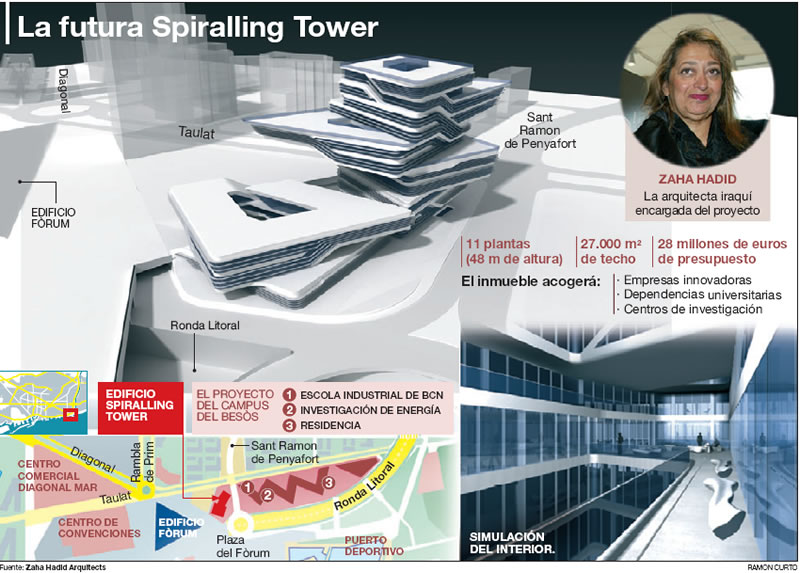 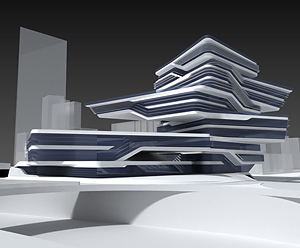 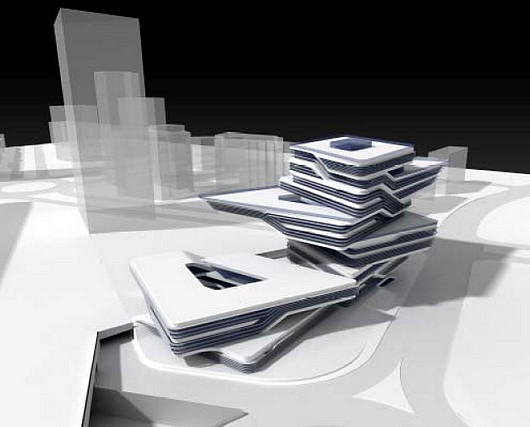