Sommerfeld House, built by Walter Gropius in collaboration with Adolf Meyer, is the first major joint project of the Bauhaus and a beautiful example of the attempt to create a “unified work of art.” Its development involved all areas of work that formed the school, Joost Schmidt in the sizes of the stairs, the door or the cover-radiators, Marcel Breuer chairs design, contrast of rhythm, form and direction out of classes by Johannes Itten, Josef Albers made colorful glass window to the stairwell. The angular lines and the reasons for refraction of light wood engraving by Martin Jahn are the expressionist and visionary of the house.

The homeowner Adolf Sommerfeld, also owned a sawmill in Berlin and building contractor, would continue to support Gropius in the following years, especially in 1923, the exhibition of the Bauhaus.

This unique work was destroyed in World War II, leaving only the garage building that still bears witness to this pioneering project of the Bauhaus.

The house was built in the Berlin district Lichterfelde in Limonenstraße 30, Germany

We must emphasize two elements of the project:

To analyze the construction is necessary to use parts of the first manifesto of the Bauhaus, “Architects, sculptors and painters, we must all return to craftsmanship. We believe a new guild of craftsmen. The Bahuaus calls together all the art forms in a unit ambition reunification of all artistic disciplines on a new architecture consists of these components are inseparable. The ultimate objective of the Bauhaus, though distant, is the work unit, the large building, which have gone down the barriers between monumental and decorative art art “.

The second component to consider when evaluating the Sommerfeld house are the projects of Frank Lloyd Wright. Sommerfeld home staged is a transformation on a Wright building because of its cantilever beams, high symmetry to the category of monumental and majestic, her skirt raised roof and the layered structure of constructive body in the form of block, which causes a horizontal alignment of the surfaces. It is hard work that reminds you more of each other, for example, Winslow House

The exterior and interior decoration is inextricably linked to the building, showing the recovery of post-war German expressionist forms, which became the foundation of the Bauhaus Gropius for Wimar.

The house built on a stone base, was built with wooden blocks to represent thereby the customer’s business. Both the materials and the provision across the width of the constructed mass and its elements, emphasizing the horizontality, reminded the American models of Frank Lloyd Wright, in this particular case his Prairie Houses, which is most noticeable detail on the facade of access.

In the construction of the house, Walter Gropius recycle the remains of a wrecked warship, which were sent to scrap and used to lift. The architect wrote an article in favor of using wood in construction, it was cheap and easy to use, thus anticipating ideas, always subsequently reflected throughout his career, especially in the later construction of Houses Packaged calls, base made of plywood. 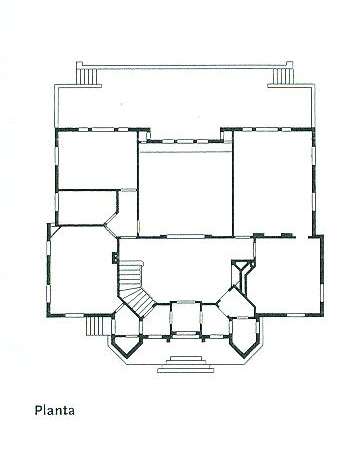 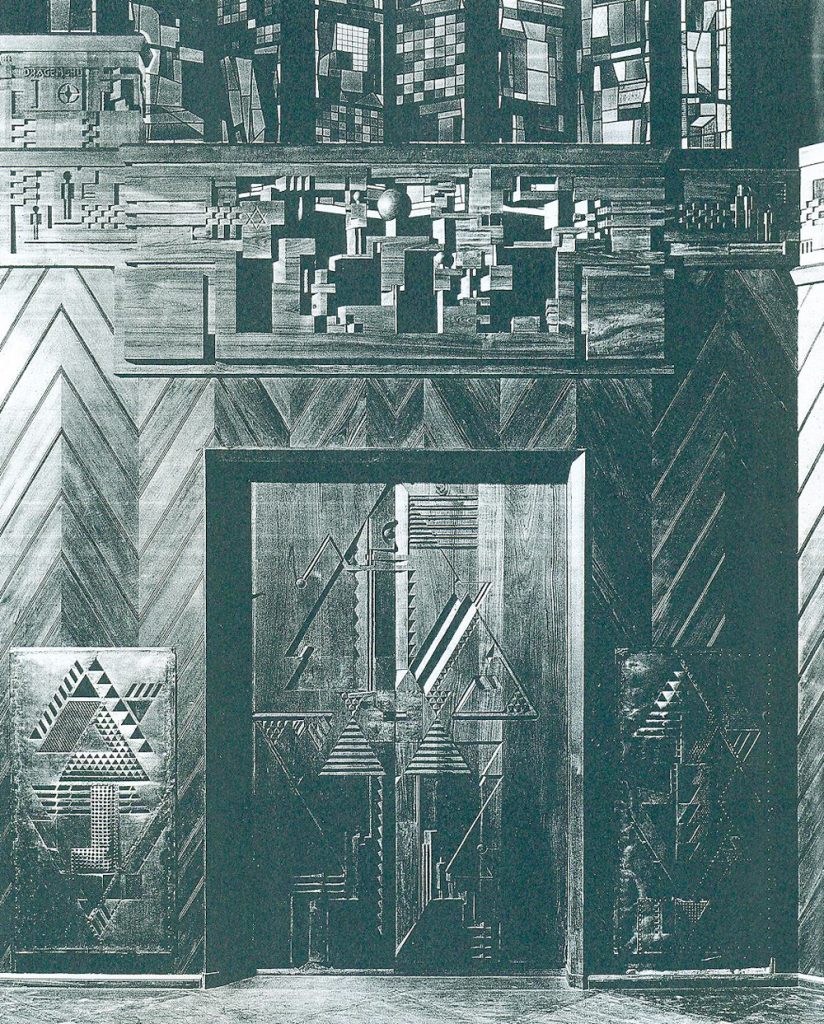 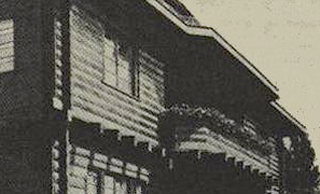 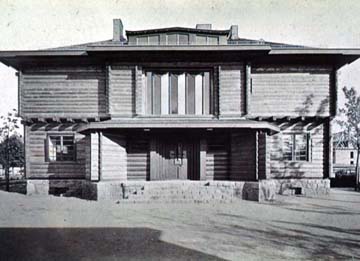 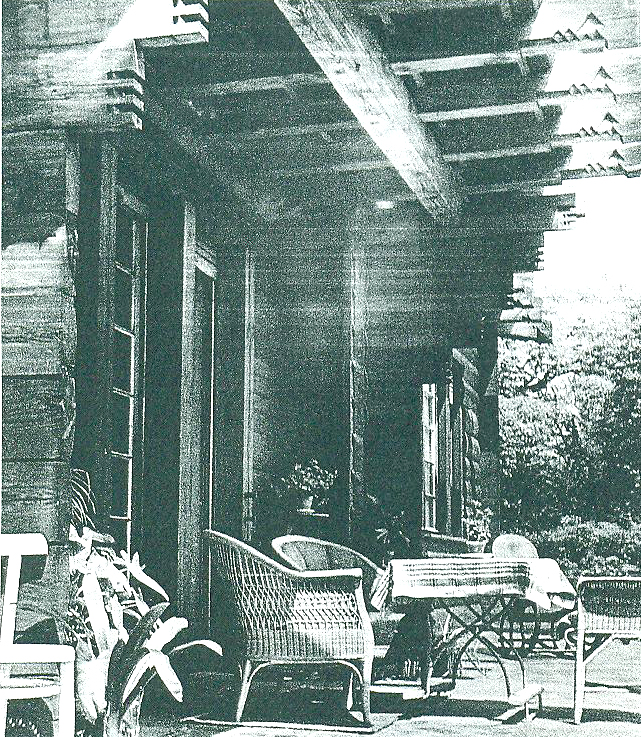 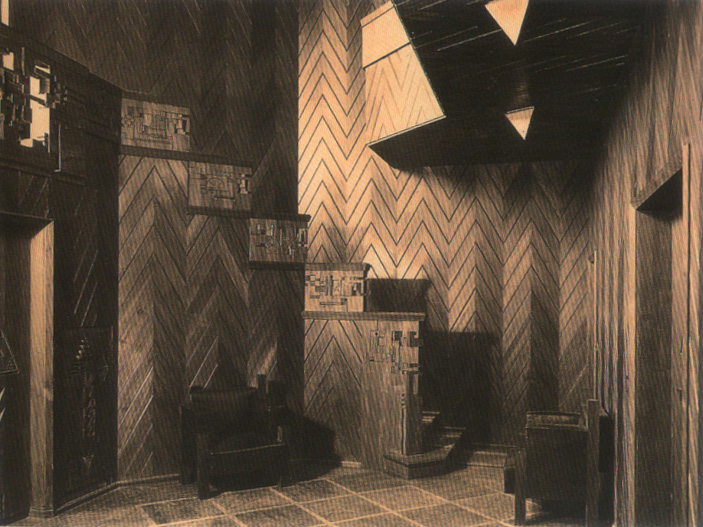 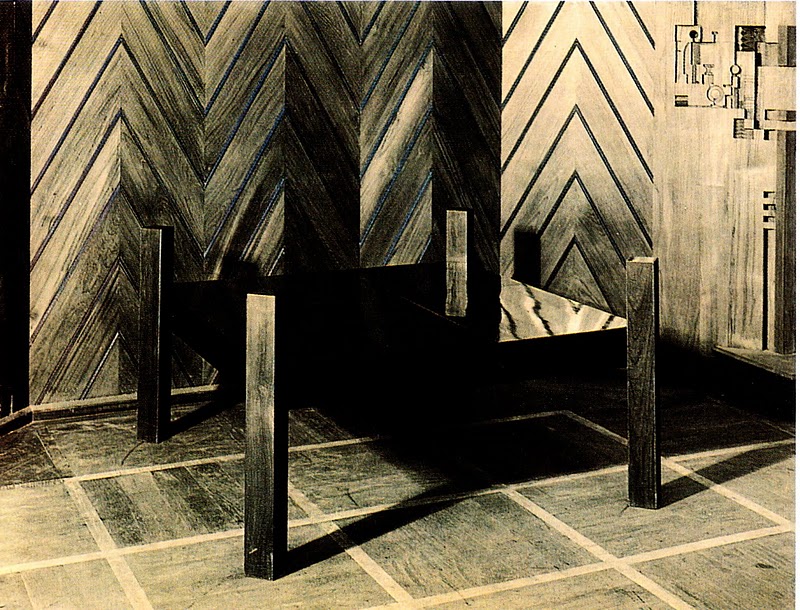 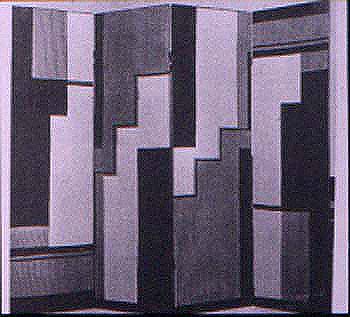 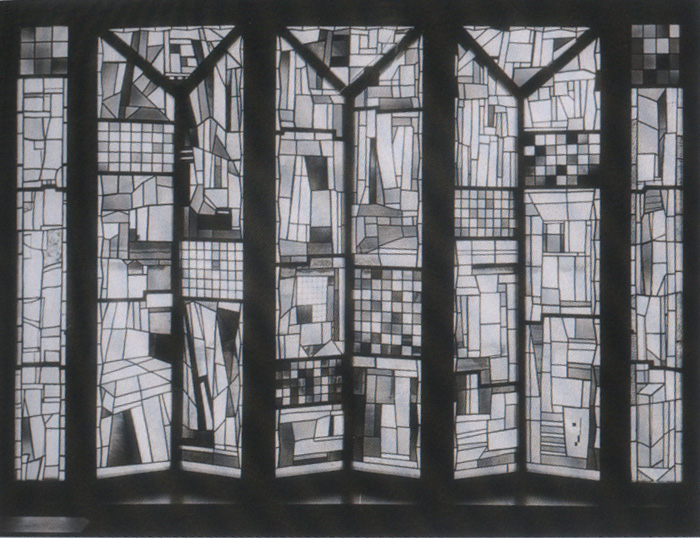