The project is located on the outskirts of Buenos Aires ciduad one of the private residential quarters (called Countries) called Mailyn.

The housing project is commissioned by a couple, both psychologists, two children as house weekend and holidays as their main residence is in the center of the federal capital.

The land is defined as much by his side at the rear to define the space with the neighboring houses, but not for its facade to the street because it is a private, enclosed area where it is necessary to identify at a checkpoint to enter the risks are reduced almost to raid a minimum.

The plot had a lot of large trees before the construction of which tried to preserve the widest possible shape in some cases to keep the house.

Mural on the interior corridor of entry

The house as mentioned above is within a private area (called countries) on the outskirts of Buenos Aires.

Country statutes have some fairly stringent building standards not only in terms of structure of the house (surface, height, etc.) but also in terms of aesthetics, with mandatory use of clear color tones, such as white, gray, yellow, etc..

To try to combat this limited use of color without transgressing the rules of the architect decided to build a wall in front of the main facade with its do the white exterior hue required but hiding a dazzling mural colors on your face interior not visible from the street. Thus both input and floor general who is related to the mural through various openings filled with life and color that it can reach even to intuit from the street.

The wall in turn creates a corridor of entry that ensures privacy on the ground floor as the entrance door or windows of the dining room or study and are visible from the street.

‘The central hub’ of the formal structure houses the lobby both the home and upstairs, a study, a small toilet and space courtesy of the ladder.

At the height of the dining find an opening to a terrace that serves as dining in the times of hot and we go down the garden a few steps or through a wooden ramp.

‘The right wing‘ (looking at the main facade from the front) hosts the main bedroom of the house with en suite bathroom and opens wider to their side of the rear garden.

‘The wing back‘ is responsible for hosting the two bedrooms for the children of the couple. Each with its own bathroom and opening to the rear garden through glass openings and a small terrace smooth vertical boundaries.

Finally on the first floor of the rear wing is the living room floor space occupied in the two bedrooms of children.

The living room has two terraces. The first into the rear garden and occupying the entire length of the facade. The second on the right wing to give access to the outside staircase that allows access to the flat roof of the hall are passable grilled.

Materials space of the ladder

With regard to materials is not a construction at all ostentatious.

In many areas, and especially on the roofs of two water has chosen to leave it the same concrete physical esturctura of the house.

The space of the ladder is an excellent example of the simplicity of the cover material used to fence in concrete, the walls painted on the concrete and soil in the ground floor and the upper top of cement and smoothing the steps that are finished in the same way.

For the rest of the floors of the house has been used to clear a tile 40x40cm terraces and elevated wooden platforms that allow water ciruclación below. 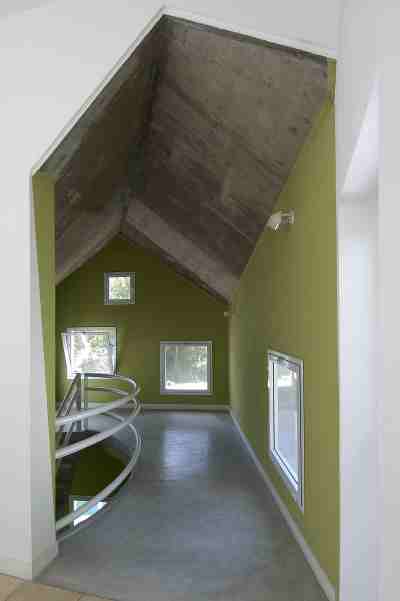 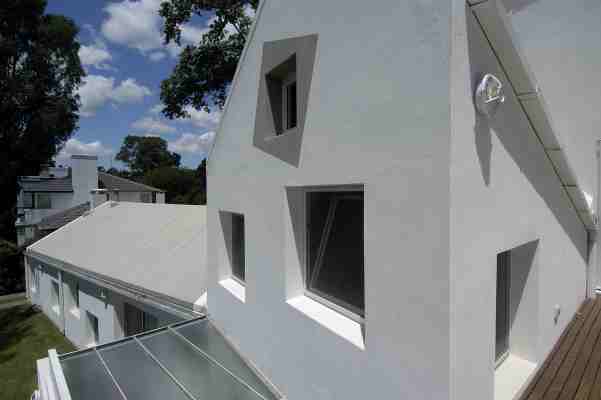 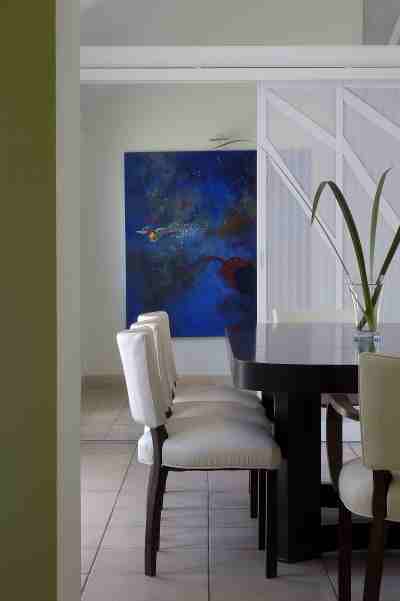 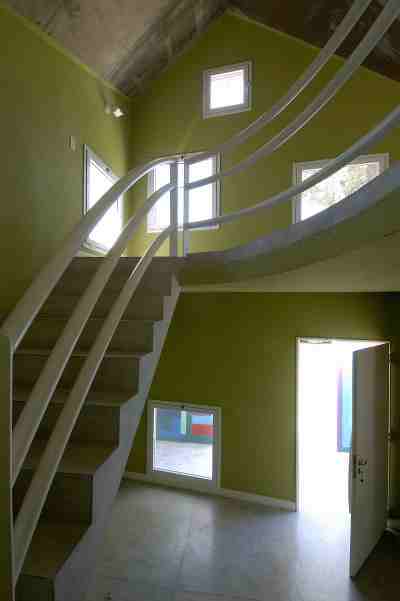 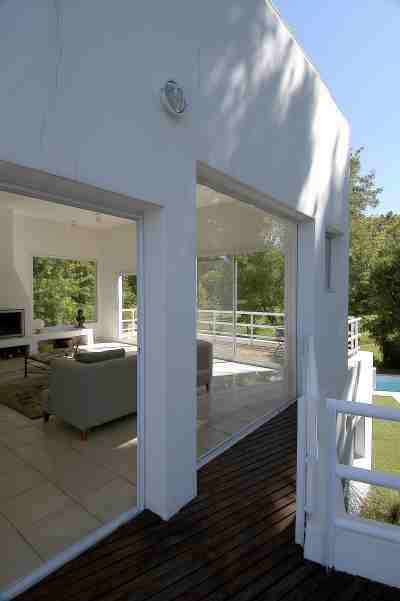 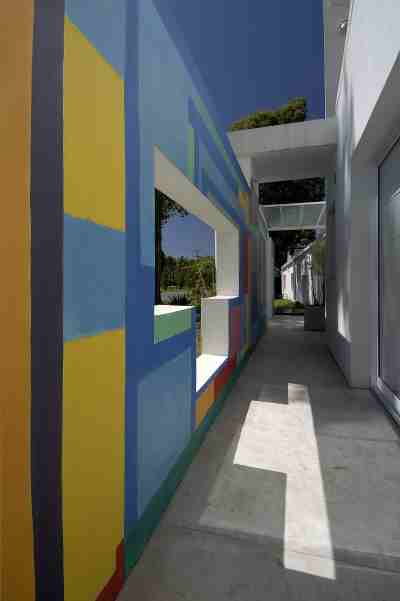 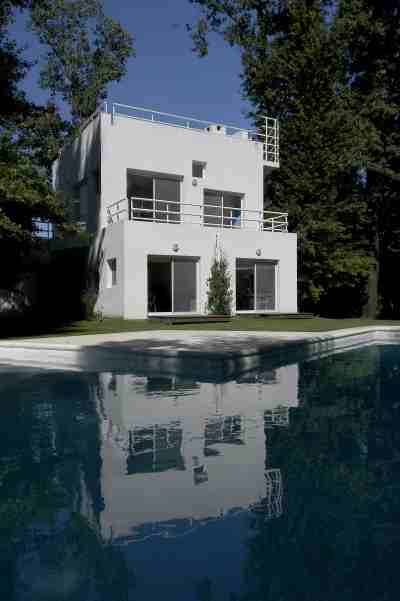 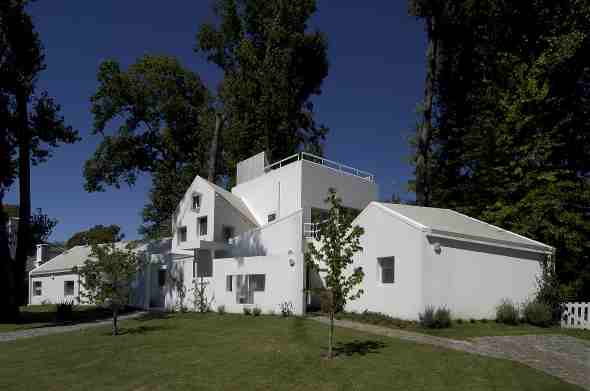 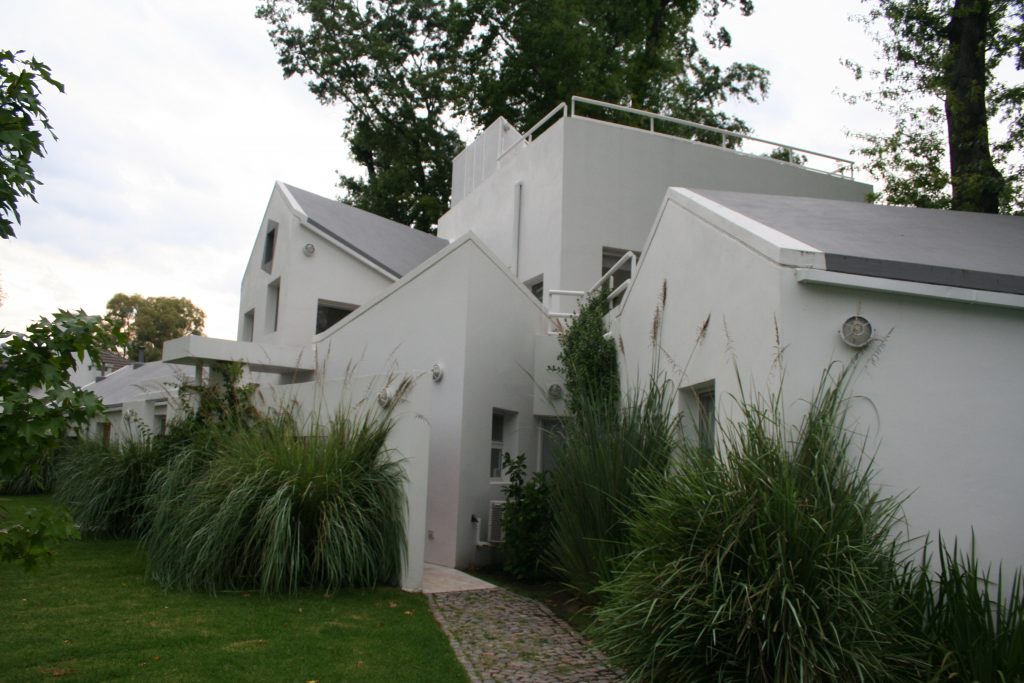 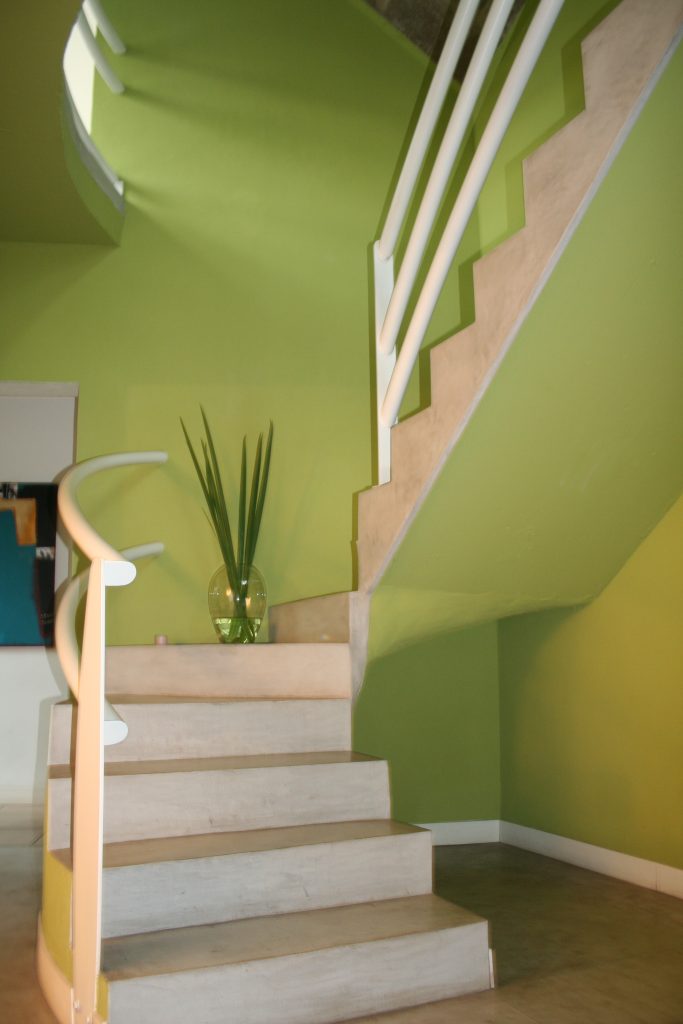 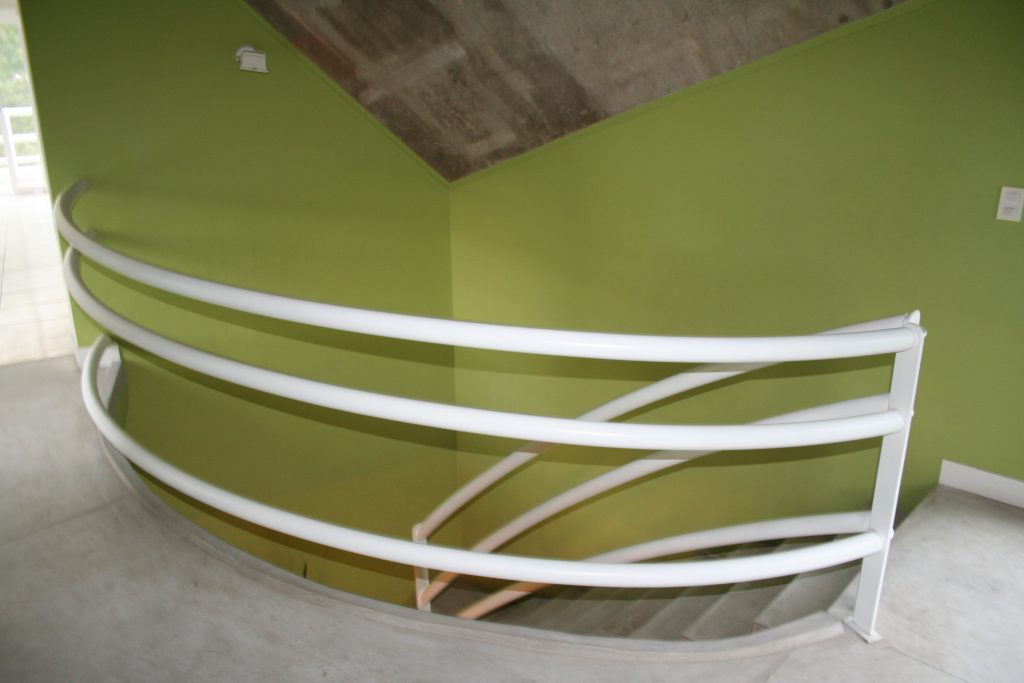