Koenig had a protective attitude towards their buildings. As had been discussed on occasion, considered his children. No wonder, then, to undertake the extension of the house Seidel in 1984 and again in 1994, the owners require their services again.

The house was originally built as an investment by the developer and Jean Seidel Tom Hagan, and was himself Seidel who took over when the work was expanded for the first time after twenty-four years.

The sun did not seem too promising: a long and narrow landing a spot in the unstable cut slope of sloping western edge of Mandeville Canyon.

The exact address of the property is: 2727 Mandeville Canyon Road, Los Angeles, California.

The linear nature of the plant and how the different areas separated by courtyards are not very different from that developed Charles and Ray Eames in 1949 in his Case Study House No. 8, located in an equally narrow Pacific Solar Palisades. In that case, as in the solution of Koenig, the garage was located at one end and the living room and protected from the sun porch at the opposite end, while an exterior walkway linking the whole house was going through the various spaces. But here the similarities end, because while the Eames house noted for its transparency and fragility multicolor, Koenig draft is solid and strong. The overhang of 1.50 meters in the extreme south, steep sections of the beams on the deck and I emphasize the horizontal nature of the building, while the vertical steel plates double rib and thickness 20 of the exterior walls offer a sense closed volume of the house that lacks Eames.

Although a cross-cutting at the entrance actually separates the living room of the bedrooms, the linearity of the plant is disturbed by the large side windows from the targeted areas to the street. In this position, he created a blind wall inside a cold and dark, because of the vegetation of the bleak surroundings, but the introduction of a glass wall of 6 meters seems to balance the composition, creating a sense of drama and transparency reminiscent of Case Study House No. 22. Housing was one of the prizes of the 1961-1962 edition of the journal Alay Sunset.

When extended to the housing and Cary Della Roll in 1984, Koenig drafted a new bathroom and a cozy room on the existing living area, with a; structure that extends over the other building without touching it.

The same approach was used for the second extension, another series of multi-space and a bathroom-hung on the former dormitory. This allows the architect full height glazing in the courtyard which separated the two areas, creating an atrium that rises 7.50 meters to the upper windows in a manner similar to the central area projected by the following year ; his own home in Brentwood. In reforming the house as a home Roll Seidel, Koenig constructivists concealed elements of the pillars and beams in H R introducing profiles square crisper and reducing the areas painted in pale blue and avocado green of the old building to various shades of gray.

To adapt to the site, Koenig reduced the structure to a minimum amount of support on concrete pads 4.60 meters in the ground. The result is a steel structure consisting of six structural porches, each 7.30 meters long, consisting of pillars of section 100 mm and H-section beams in R 250 mm. These gates are located irregularly at 4.90 meters and 9.70 meters from each other, defining the areas to be spacious and bedrooms, as well as small internal courtyards that separate them. A corridor of 6 meters to accommodate a garage. The portico of 9.70 meters, larger, is achieved through a cover of T profiles steel thickness 16 located 150 millimeters. 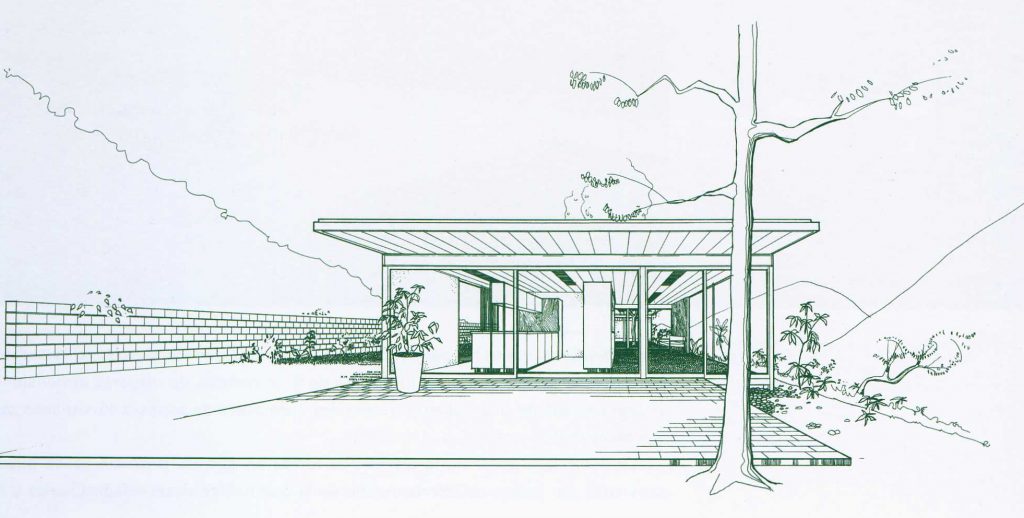 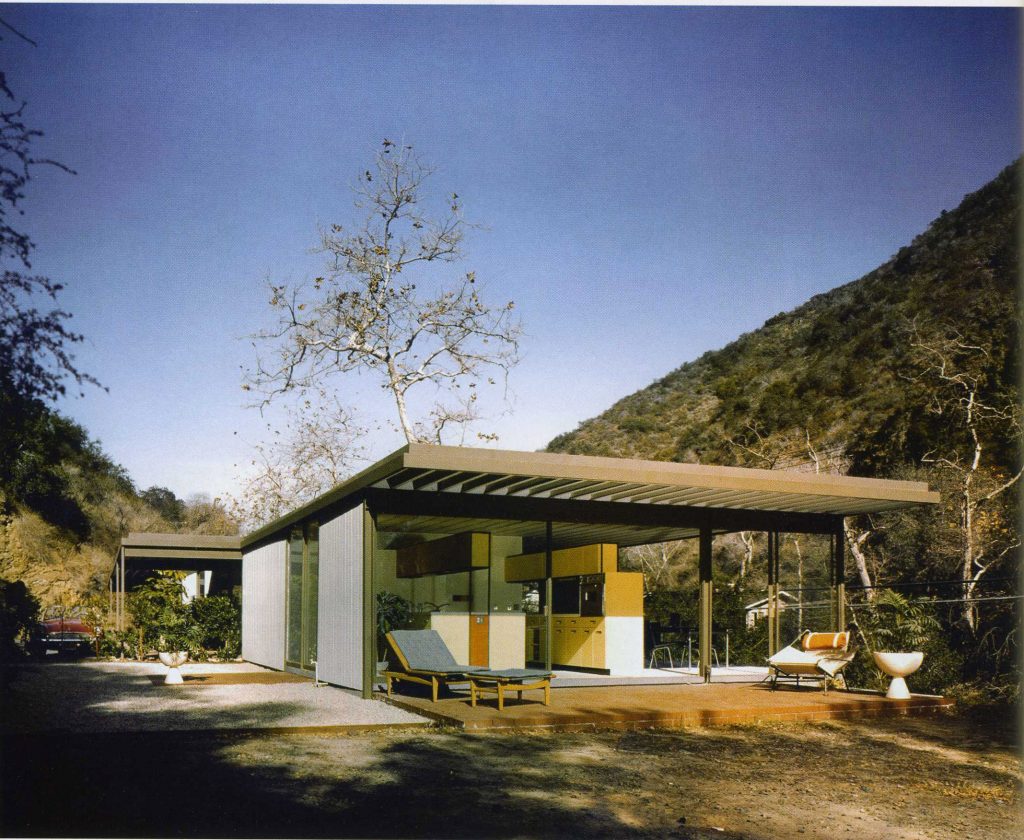 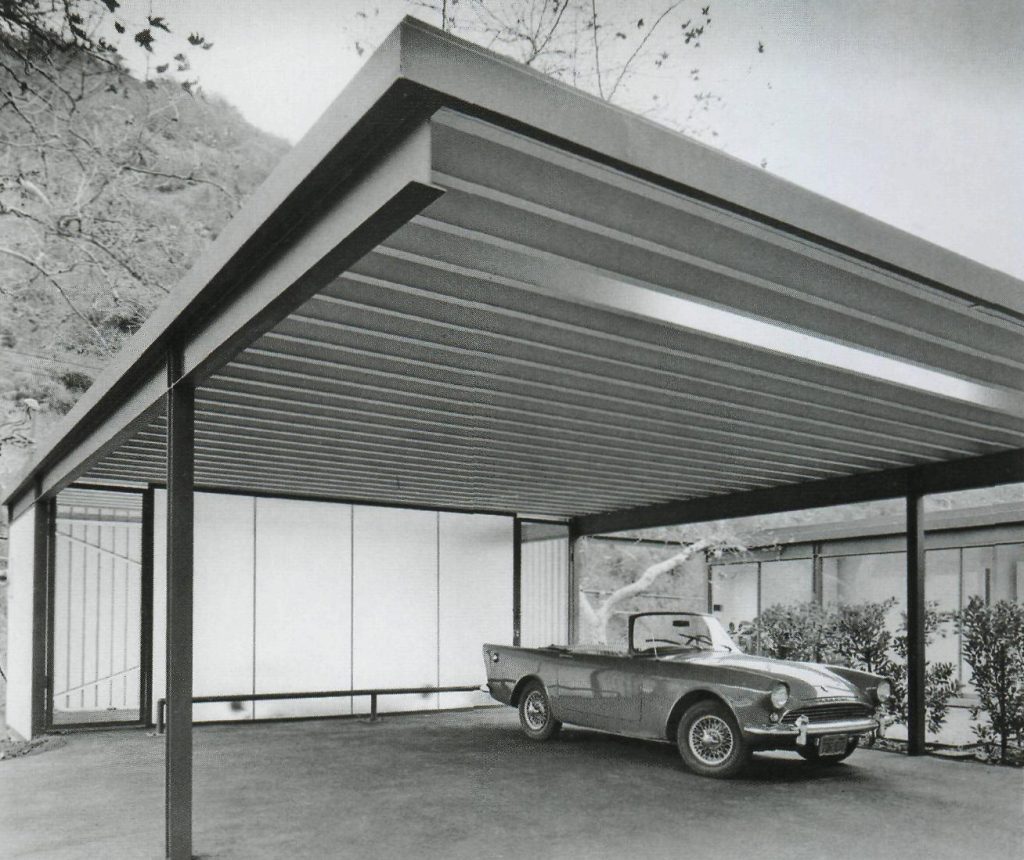 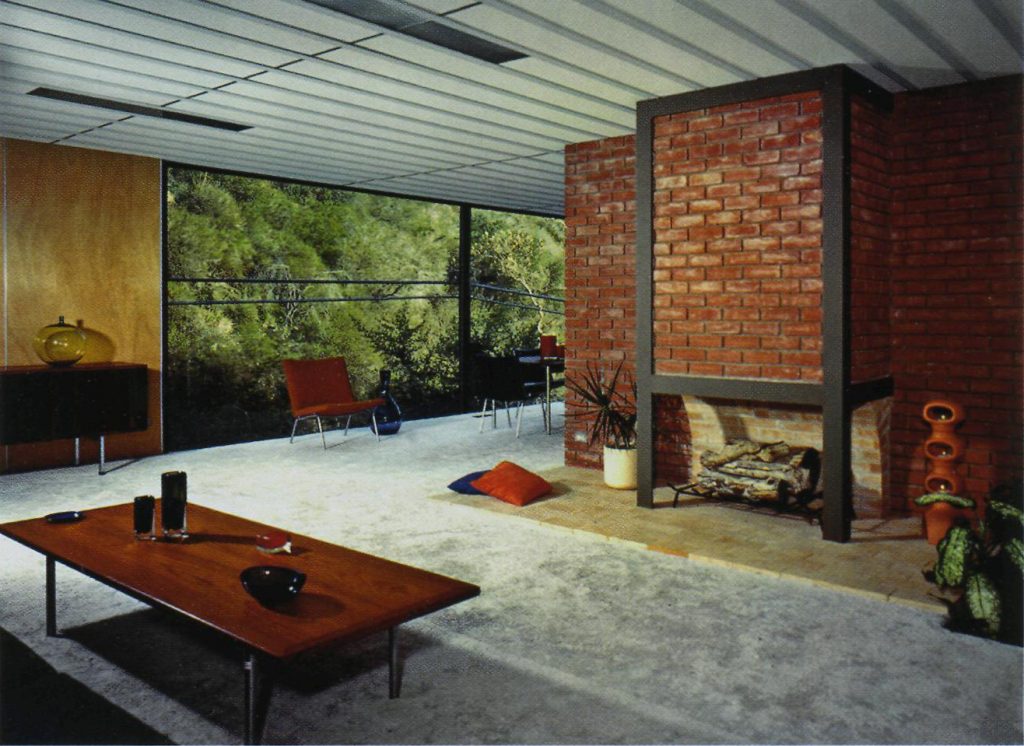 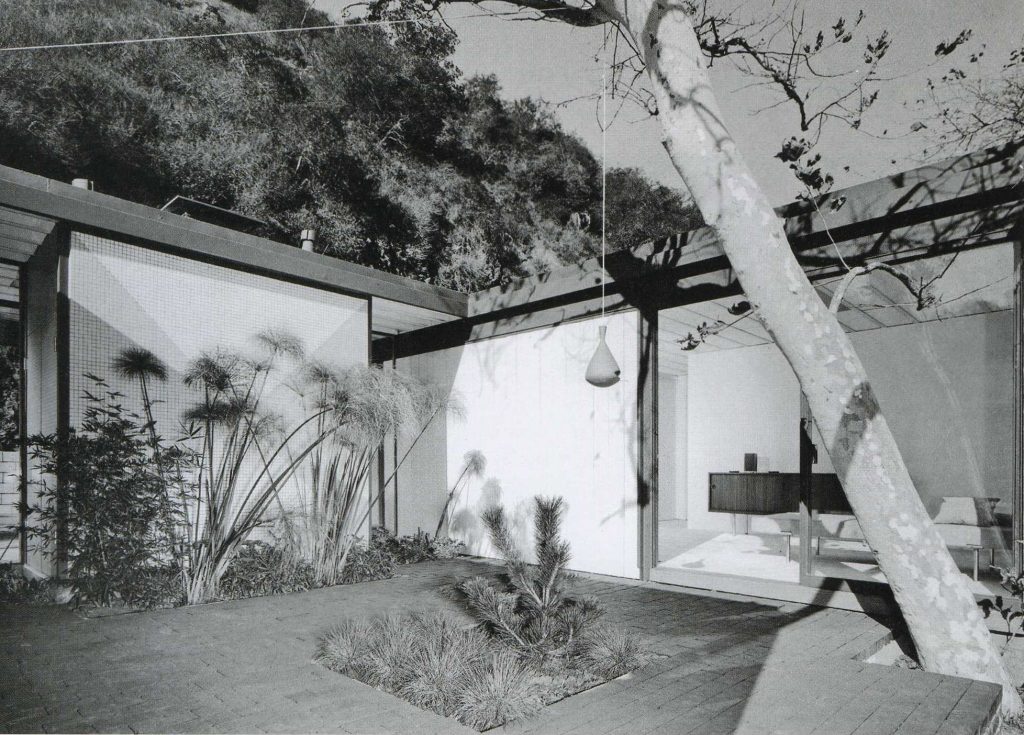 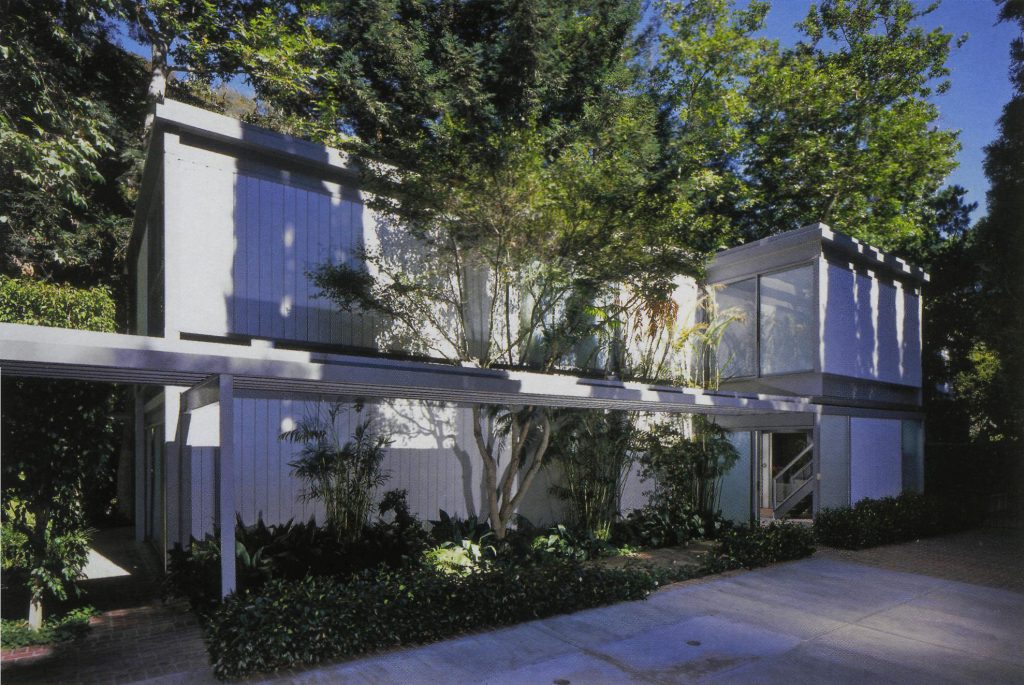 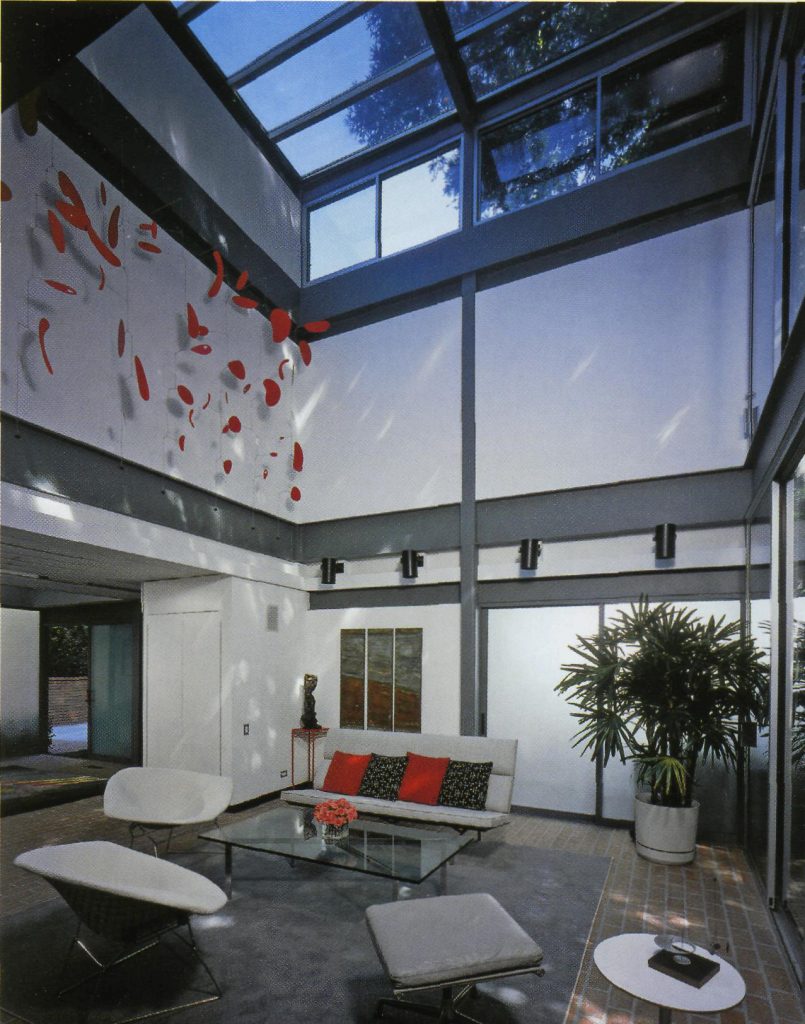 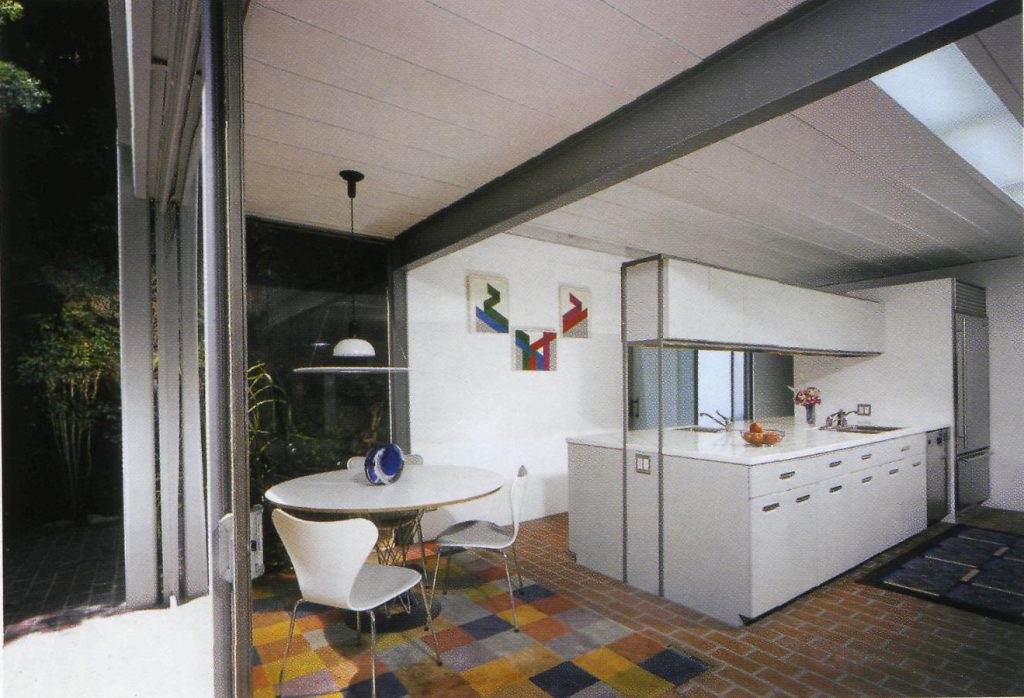 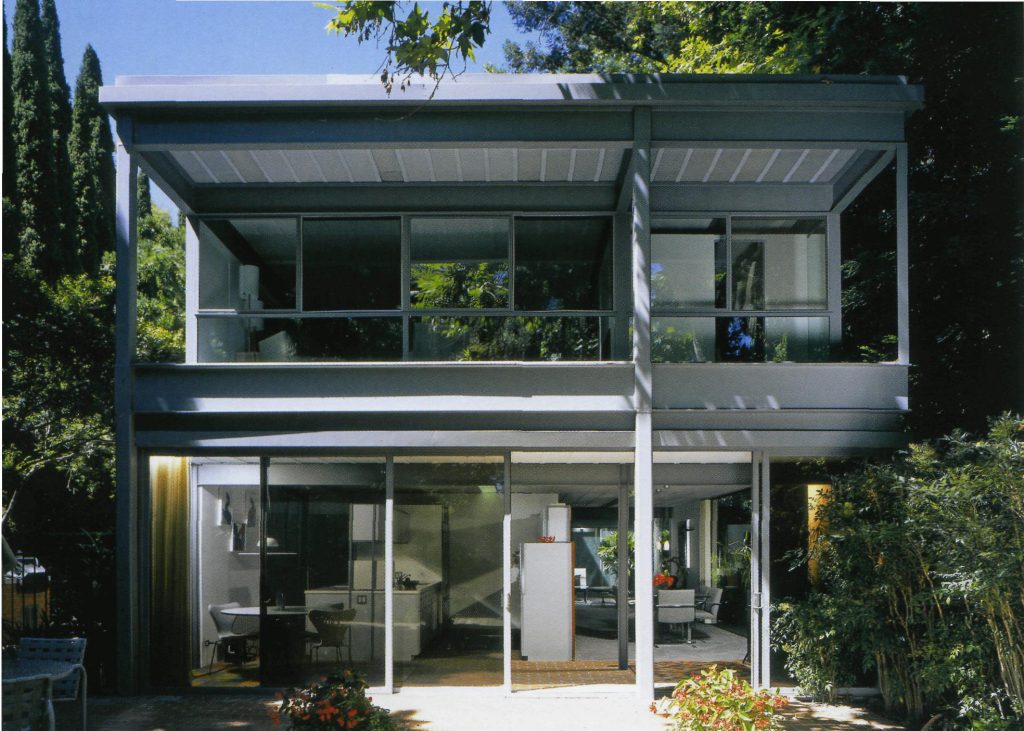 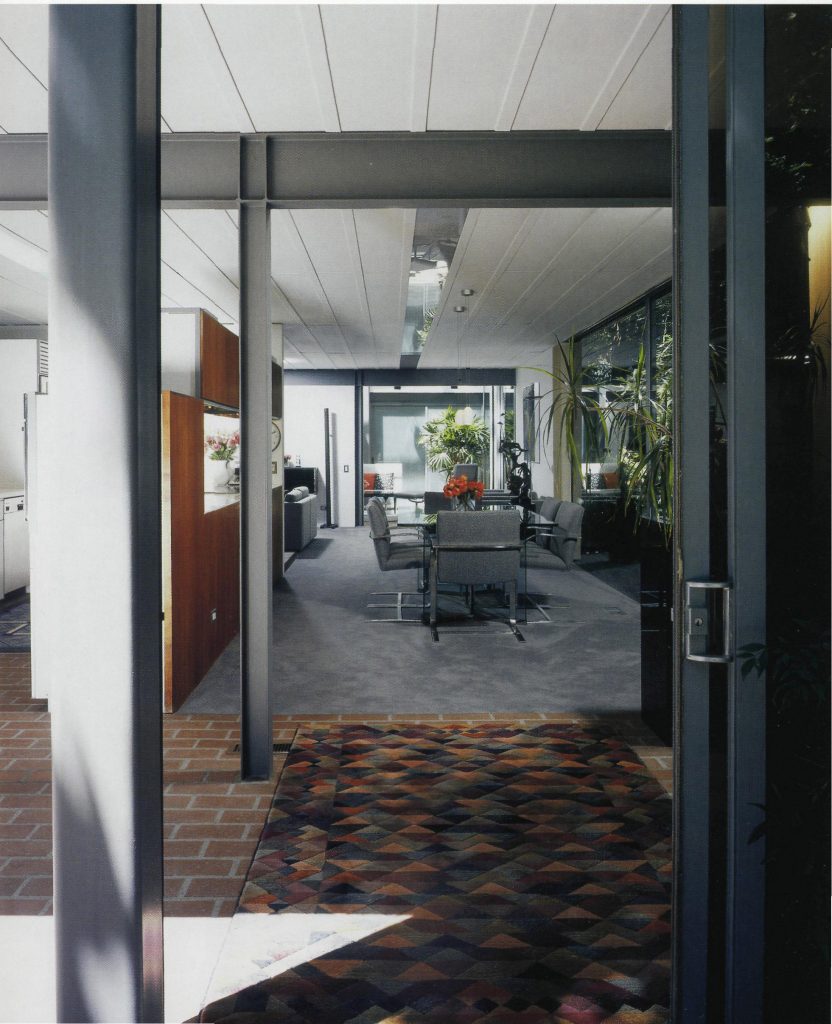