Satellite City is a subdivision of residential character located northwest of the metropolitan area of ​​Mexico City. It was founded in 1957 under the urban planning drawn and designed by the Mexican architect and urbanist Mario Pani.

The general idea was to create a development project large, on the main base creating a different urban model that had been observed in Mexico City, breaking with established designs.

To connect efficiently to new subdivision with the capital city, an expressway that leads to the entrance of the Satellite Town was established. To identify this access, a source was projected in the square, however, this intention was soon replaced by erecting vertical elements that constitute a city skyline and could stand out even contemplated from afar and moving.

Since its construction, Torres became the icon of the area, the landmark of the urban metaphor; the main entrance to the place and pride of its inhabitants.

Satellite Towers are both the pinnacle of modern utopias and to draft a collective nation propeller architecture and conscious. Thereafter, the city would receive only fragmented and autonomous hasty responses and interventions.

While it was intended as a new urban scenography and identity which placed a limit on the growing metropolis, was soon overtaken by the explosion of the metropolitan spot, by speculation and lack of continuity of the initial approach. The complex is intended for the working class of the city, however, was such demand, prices rose fractionation per square meter, at the same time offering construction and other nearby subdivisions began.

The Towers were used as the official emblem of the 1968 Olympic Games, while they are the main symbol of Naucalpan. The municipal authorities have proposed to work for the candidacy of Cultural Heritage of UNESCO.

This is one of the first large urban sculptures in Mexico.

In countless articles referring to the sculpture initially thought after nine and seven towers combined with fountains and ramps ago. While it is true that there was a first draft (not built) with a pool and different horizontal planes communicated via ramps to save the slope steep, there is no graphic documentation or written where more than five towers appear, as they were finally screened. Yes there is a color sketch where he and five prisms, three towers of light that appear lost in the sky.

It is also said that the towers reach 200 meters, however due to budget their height was lowered. This was also denied by an aide Goeritz.

In the original project, Barragan had to do without building a fractionation club would close the road space around the traffic island, serving as a backdrop for the towers. Years later, the architect returned to the idea in 1967 with the construction of an apartment building with which we wanted to create the same visual kick, but could not be performed.

They are located in Satellite Town, northwest of the metropolitan area of ​​Mexico City, in the municipality of Naucalpan, State of Mexico.

The work is approached as an experiment: an inseparable union between architecture and sculpture.

Barragan and Goeritz working on a conceptual project with huge blind volumes, an aesthetic exercise referred landscape (moving) from the road.

This is a sculpture of five blocks hormibón, with heights ranging between 30 and 50 meters, seemingly randomly deployed on a concrete slab, hard and devoid of any other element.

The primary intention of creating a source soon replaced by erecting vertical elements that constitute a city skyline and could stand out even contemplated from afar and moving.

Thus, an island in the middle of the highway, on a sloping hill, oval, besieged by car, is a metaphor for the modern city, but only as an object or symbol and not as an integral concept that territory almost imagined so idyllic by their creators. The urban concept was truncated and only prevailed image. The intrinsic strength of the sculptural composition and avant-garde vision of Barragan and spectacular Goeritz managed to remain despite the changes. Prevailed both the majesty of the pieces as their changing nature.

The towers are completely hollow and lacking triangular roof buildings.

Prisms get their geometry trick as the movement changes its perception; sometimes as regular planes, others like fugal lines to Heaven: as fine as vertices or heavy walls.

They have the texture of the concrete formwork knurled every meter, which is achieved by applying the techniques used in the construction of industrial chimneys. This visually increase your height.

Mainly known for their intense color. The use of bright colors, and the layout of the towers, texture and scale, integrate it with the cosmopolitan Mexican devotion.

Throughout its history, the colors have undergone several modifications. They were originally white, yellow and ocher, according to its creators found inspiration in the towers of San Gimigniano.

On the occasion of the Olympic Games of 1968 were painted by Mathias Goeritz idea with orange color to contrast with the blue sky.

In 1989, they took their current colors. Due to the poor condition of these proceeded to restore. Matías GOERITZ helped rescue the project but died before the final choice of colors.

The colors chosen by the sculptor and architect Luis Barragán were blue, white, red and yellow. The color setting was not the choice because the death and have not left any written document, the National Institute of Fine Arts (INBA) changed the color of one of the towers GOERITZ.

Finally INBA director, Ramón Vargas Salguero authorized the current range having the towers after testing and chemical tones, to ensure the conservation of the same.

Each block is painted a different color: blue, white, black, red and yellow, then removing the black and white painting two. 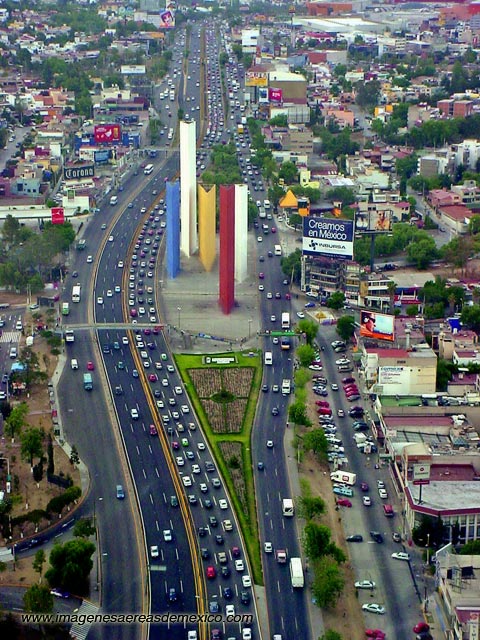 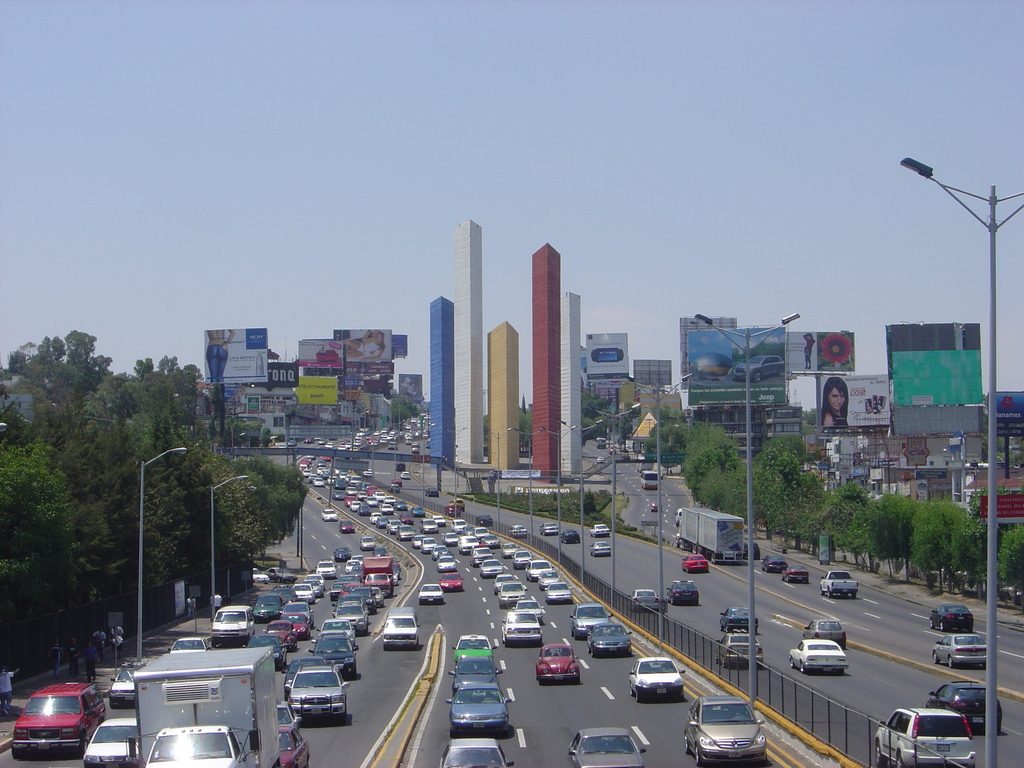 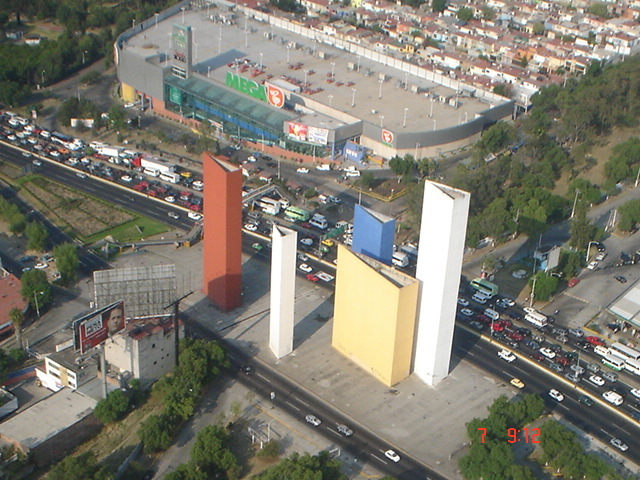 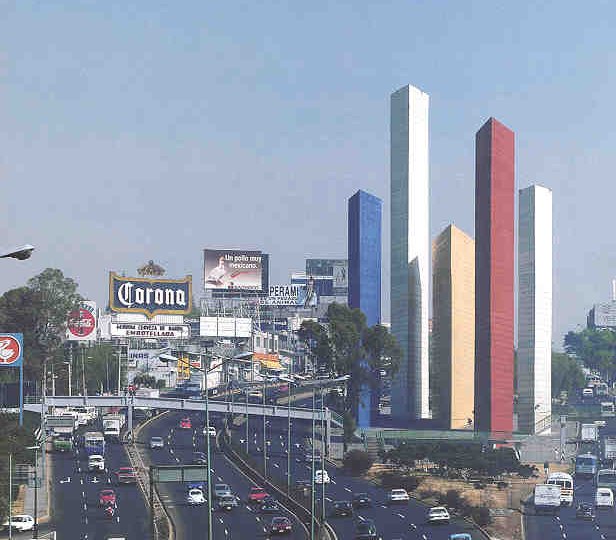 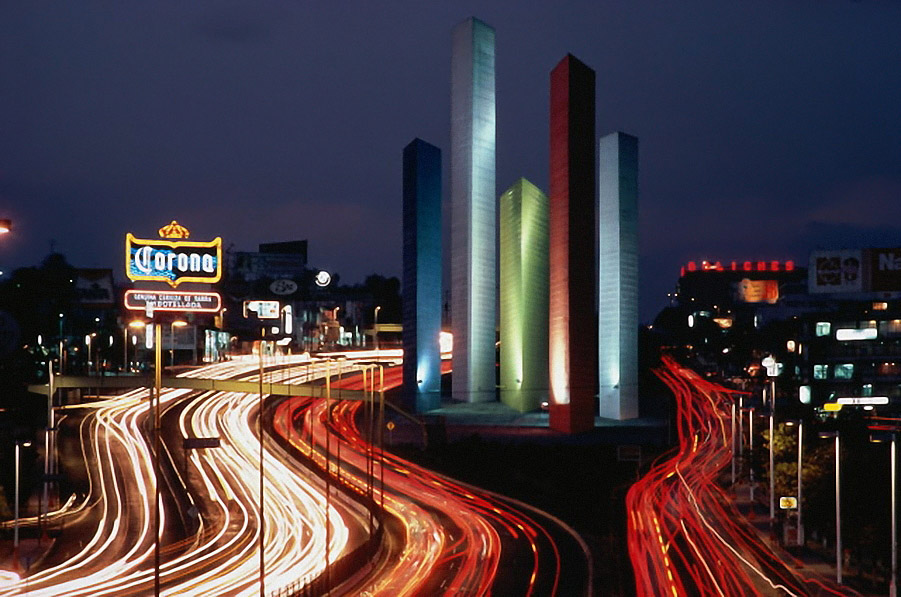 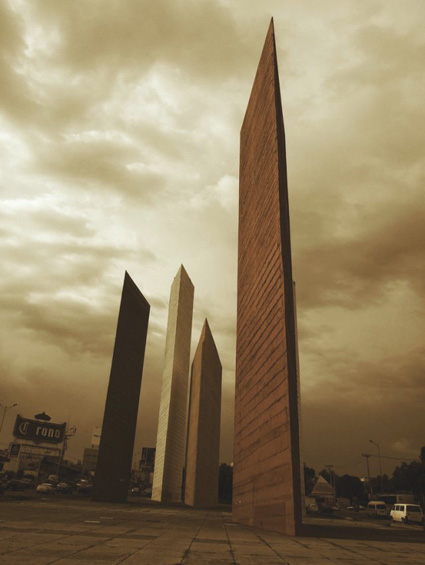 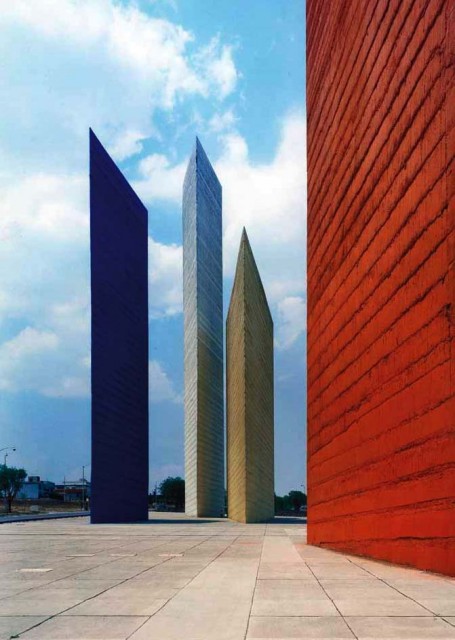 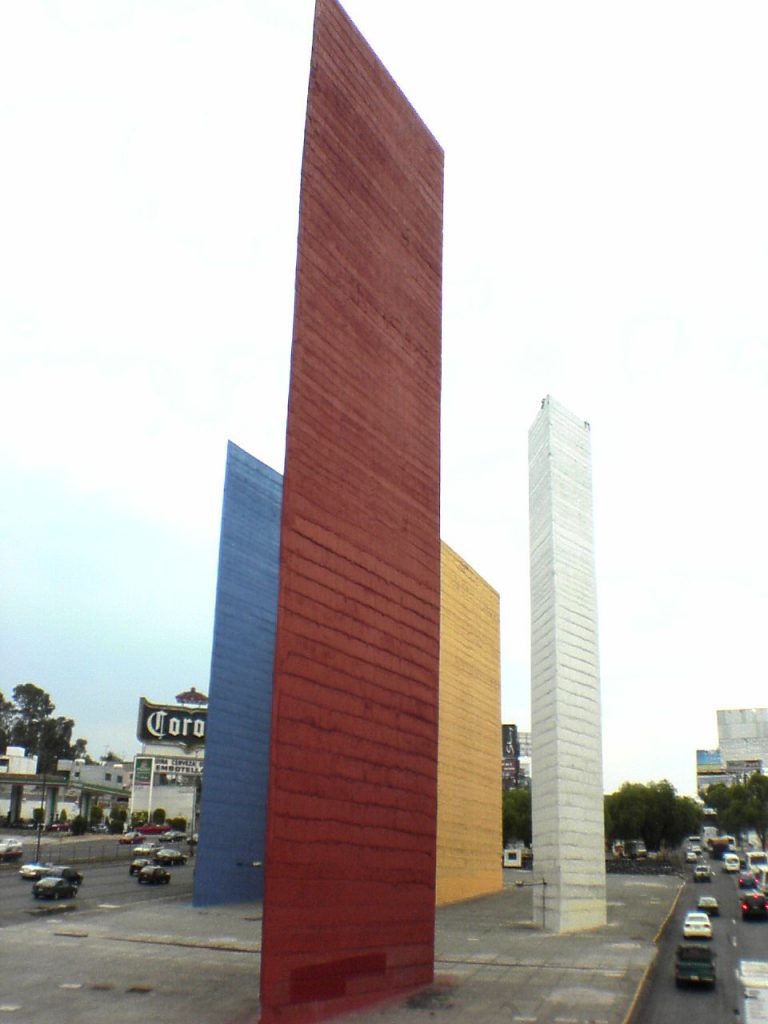 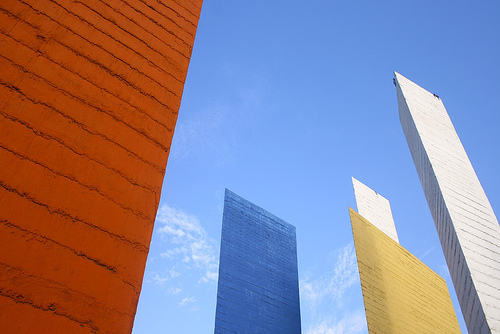 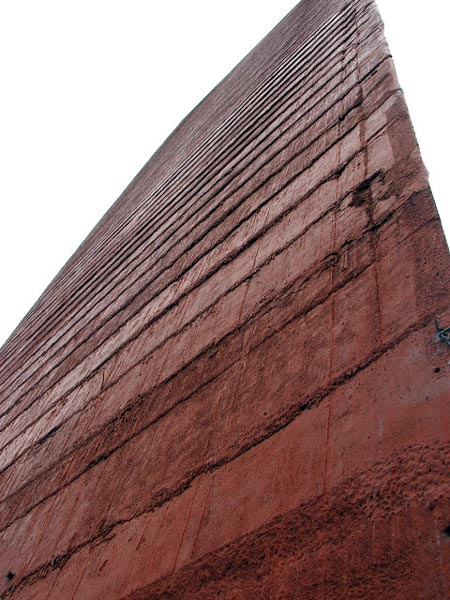 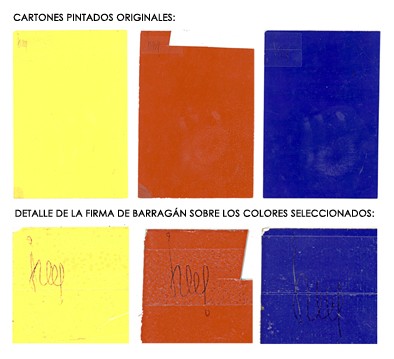 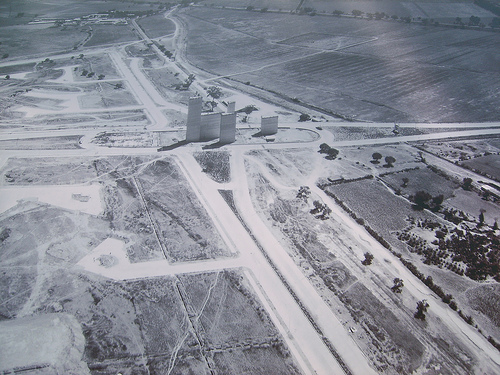