Purkersdorf Sanatorium was built between 1904-1905 by the architect Josef Hoffmann, disciple of Otto Wagner, opening with this project the way for modern Austrian architecture. This revolutionary building, commissioned by the industrialist Victor Zuckerkandls, is with its clear disposition, its formal development and its constructive simplicity, the most important work of the Cubist-geometric phase of the Viennese Jugendstil.

Zuckerkandl, general manager of the Silesian Iron Work in Gliwice, bought the property outside the city of Vienna in 1903. It was purchased as a “mineral spa along with a healing park” on whose land there was a spring of water. The original furniture was made by the Wiener Werkstätte with which the architect Hoffmann was involved. In 1926 and against the opinion of Hoffmann was added a new plant in deterioration of the original project, the work was done by the architect Leopold Bauer.

After the death Victor Zuckerkandls in 1927 the sanatorium was inherited by his nephews and nieces. From 1930, a son-in-law continued the business with little success and Trude Zuckerkandl tried in 1938 to restore it but with the process of Arrianization of 1938 the family lost the property and the management of the sanatorium. Towards the end of World War II, the building served as a military hospital. In 1945, it was requisitioned by the Russian occupying forces.

The Purkersdorf Sanatorium was built in a wooded area on the outskirts of Vienna, in Purkersdorf, Wien-Umgebung, Lower Austria between 1904-05 by the architect Josef Hoffmann for the industrialist Victor Zuckerkandl and is an architectural example of the style of the Viennese secession.

The sanatorium was commissioned by Viktor Zuckerkandl to be a modernist home for seniors of high society. The sanatorium functioned more as a hotel or nursing home than as a hospital and became a social and artistic place for Viennese society. The design of the Purkersdorf sanatorium was described by critics and by Hoffman himself as rational, honest, logical and based on the objective analysis of needs.

Among the treatments were mineral baths, physical therapies, therapeutic massages and physiotherapy. Cases of convalescence and mental illness were especially treated in the highlands. With the silence, light, air and rationality of the facilities with the ornament reduced to a minimum, treatments were sought for new diseases such as nervousness or hysteria.

The use of reinforced concrete, especially for plants, allows a complex and articulated spatial distribution, with walls arranged independently on the different floors with windows and balconies misaligned and rooms of different sizes, although the large interior spaces are divided into several compartments .

It is a well-controlled geometric design with its 3 main functions separated and located in 3 different levels: physiotherapy, community activities and bedrooms. Each of these levels is arranged symmetrically and divided into two by a single corridor. Hoffmann took special care to create a well-structured space division so that residents could proceed neatly through the building’s spaces, sleep, eat, receive treatment and relax in different, accessible and different places.

The layout of the spaces also helped the surveillance. The simplicity of the general arrangement, and the placement in the hallways of glass divisions made it possible to examine at a glance the entire length of each floor. In addition to the facilities of a place that treats different types of diseases, the sanatorium had reading rooms, a card room, table tennis, billiards and music rooms for entertaining guests.

Hoffmann tried to avoid at all times the architectural or historical references that related the new building with the traditional ones constructed until that date. At the time it was built, it was unlike any other physical environment that its patients might have experienced, it did not resemble any house or villa as they used to be others in those times.

Art critic Ludwig Hevesi pointed out that the simple harmony of the exterior was not disturbed by columns, gables or any of the standard ornamental elements that he was accustomed to see. The usual ornaments around the windows were replaced by strips of blue and white tiles, and the peaked roof was replaced by a flat roof without framing.

In 1995 an external renovation was carried out, demolishing the upper floor added by Leopold Bauer and recovering the building its original appearance. In the interior cultural celebrations were celebrated between 1996 – 2001 and filmed the film on the life of the Viennese composer Alma Mahler-Werfel. Finally in 2003 the necessary adjustments were made and nowadays it works as a nursing home.

Hoffmann made use of the most modern techniques available, reinforced concrete, at the time of constructing the structure.

Zuckerkandl dictated much of the design and wanted a flat roof for the building. The building is simple, a white rectangle with entrances and exits to create cubic volumes that provide a three-dimensional facade together with a vertical division into three parts of the exterior. The rhythmic arrangement of non-articulated rectangular windows grouped by three reveals a contained and well-proportioned structure. The geometric pattern of the surroundings of the windows is reflected in the whole building both outside and inside.

The Purkersdorf Sanatorium is celebrated internationally not only as the culmination and synthesis of the Viennese Art Nouveau arts, but is also considered the first public building in reinforced concrete. It was developed in a simplified architectural language to the maximum, a pioneering achievement of the modern era with a reinforced concrete structure that made it possible to get a solution to the geometric expression of its design, especially in the staircase and dining room.

In 1926, against the will of Josef Hoffmann, the architect Leopold Bauer enhanced the building with another floor, which harmed the original artistic conception.

The geometric pattern characteristic of the project was also transferred to the interior furniture, floor tiling, the pattern of the exposed reinforced concrete beams and the placement in all aisles of white chairs in the form of cubes and their corresponding cushions. This standardization and repetition of forms made patients free not only from visual discord, but also from physical obstacles with which they apparently fought in less “modern” environments.

The heights of the mirrors, the design of the lamps or the stairs reflected the desire to avoid to the patients the annoyance of bad illumination and the grievances of furniture and accessories that impeded the movement and operation of ineffective way.

The decor was used sparingly in the building. Both the exterior and the interior convinces by its simplicity of conception and execution. Hoffmann made use of the most modern techniques available, reinforced concrete, when building the sanatorium. The exterior decoration of the building is very discreet, creating fascinating contrasts between the gravity of the architecture and the interior decoration. The sanatorium sought a level of hygienic sobriety that helped Hoffmann in his design. In its construction not only had to take into account the architectural or historical importance since it was projected as a meeting point for patients of Viennese high society. 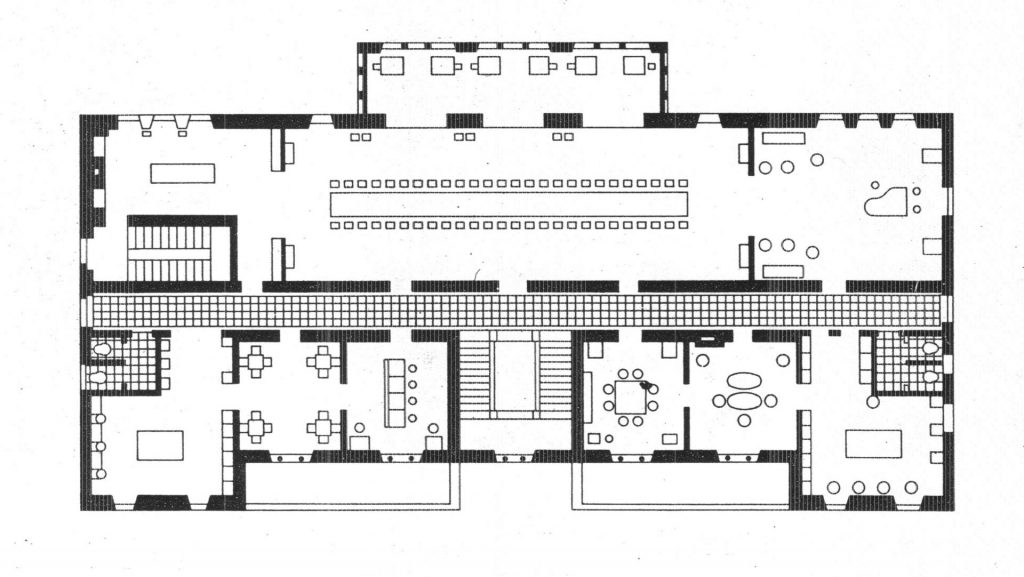 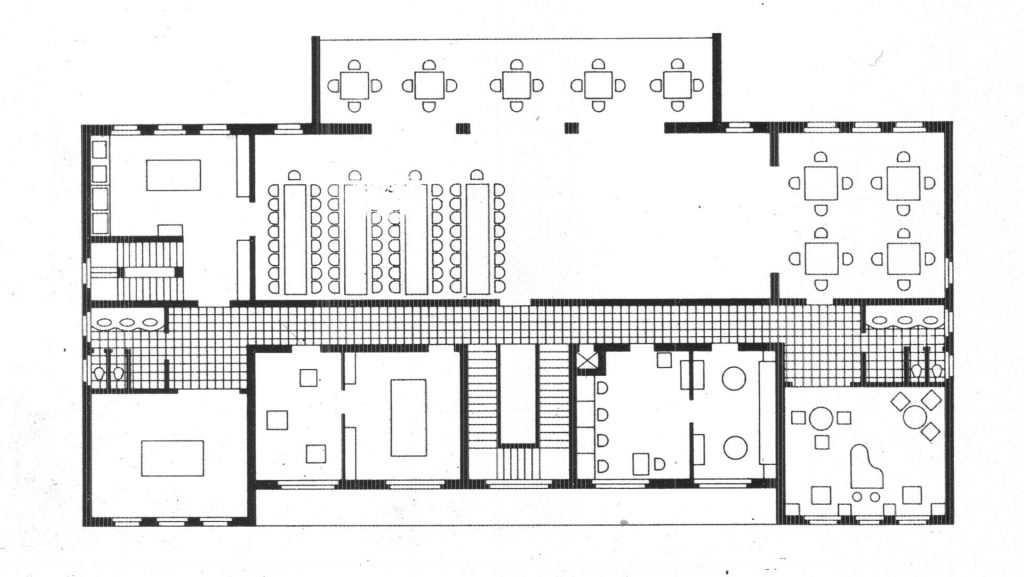 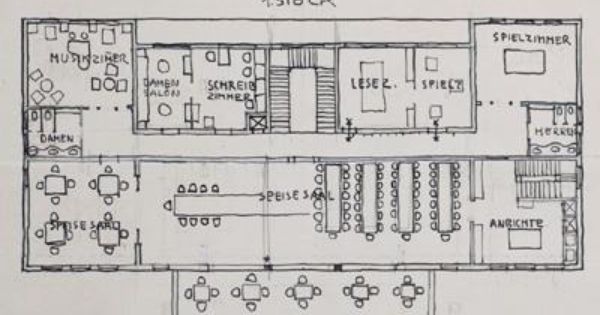 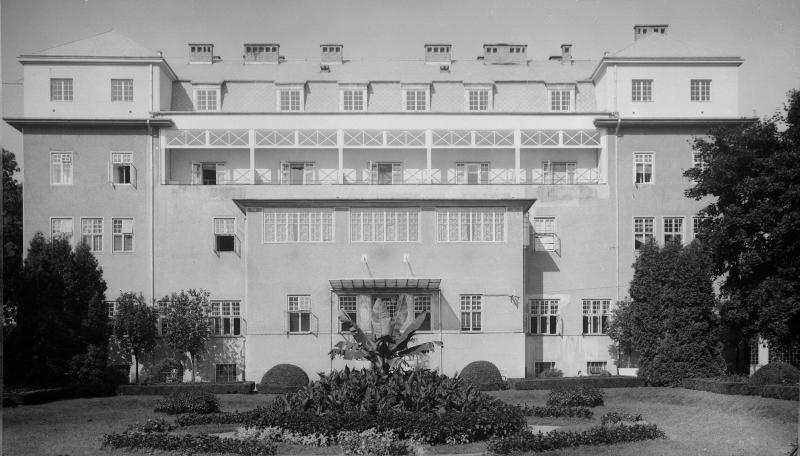 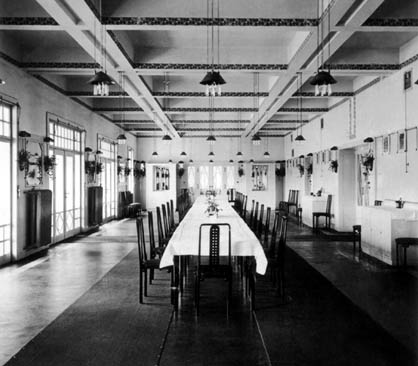 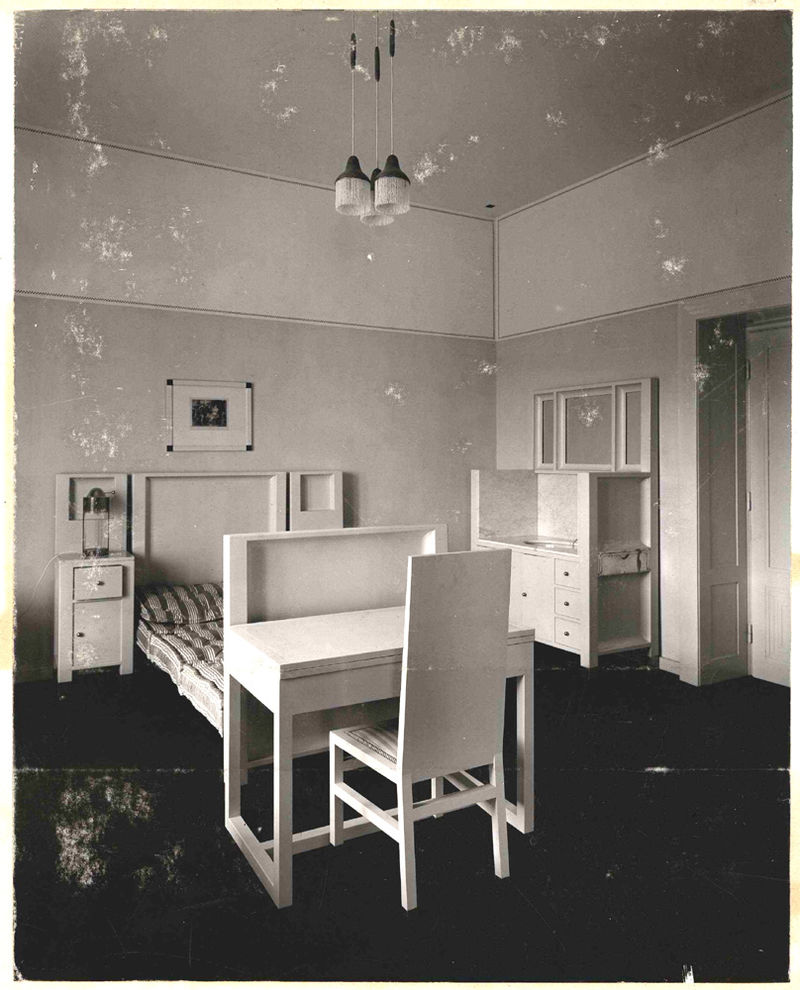 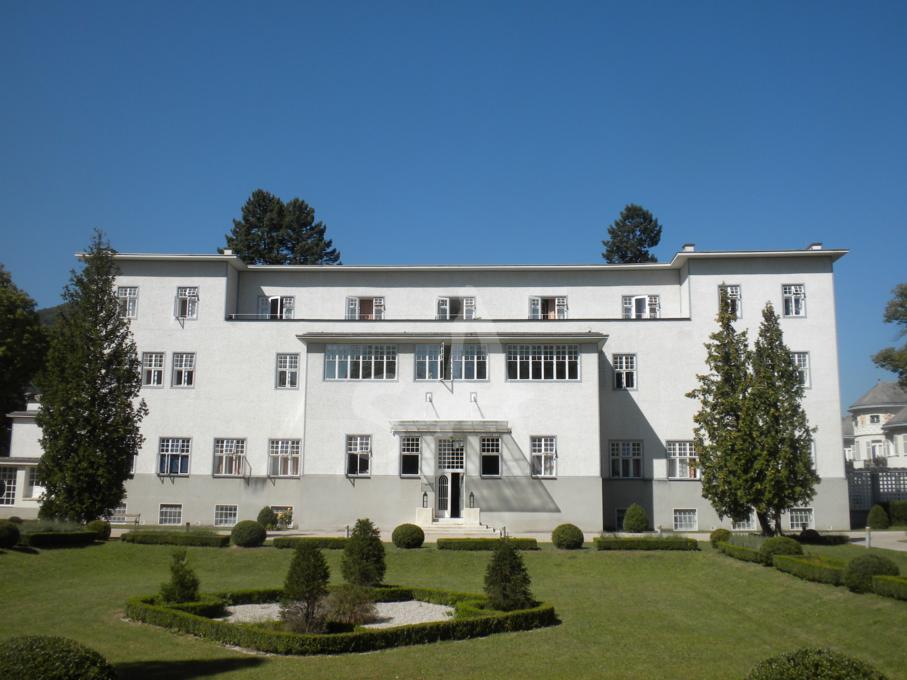 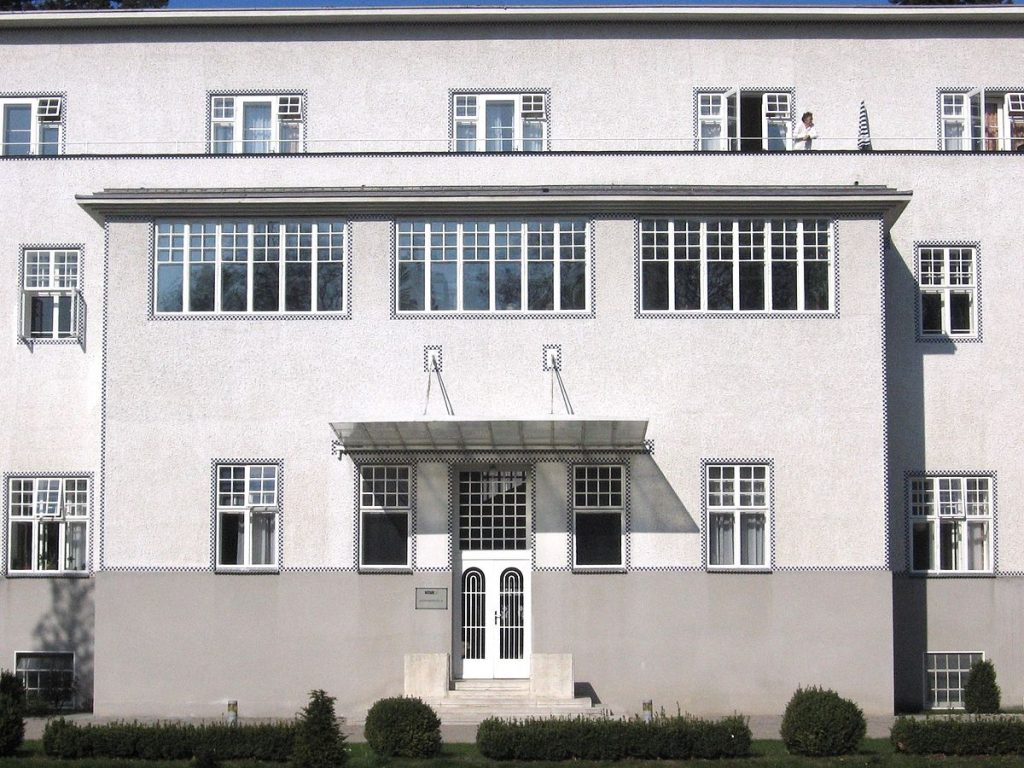 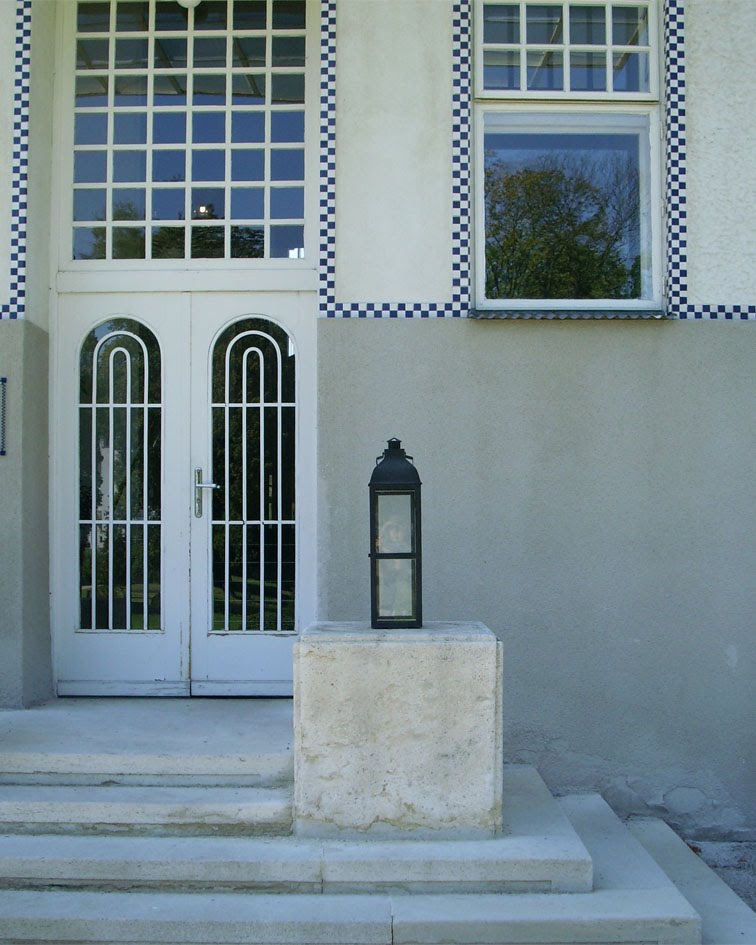 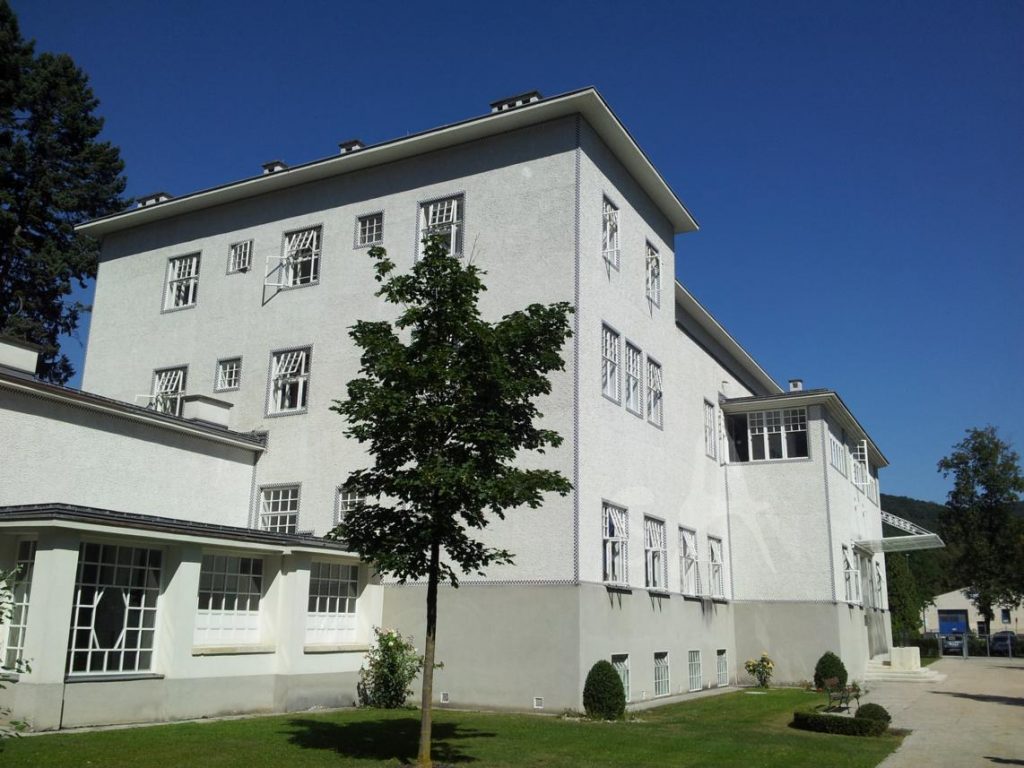 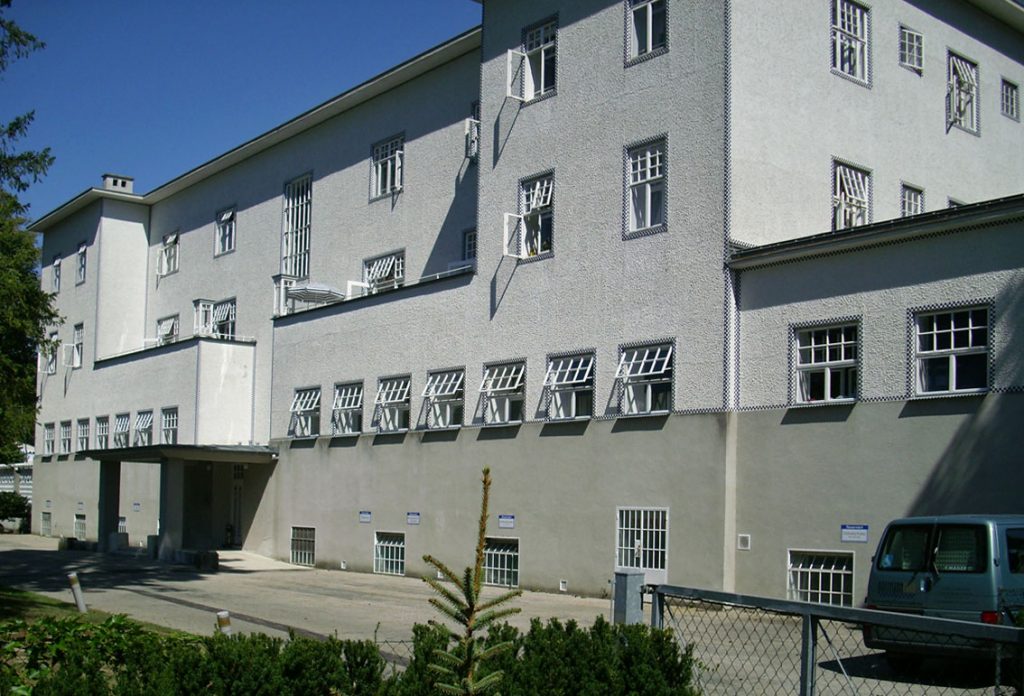 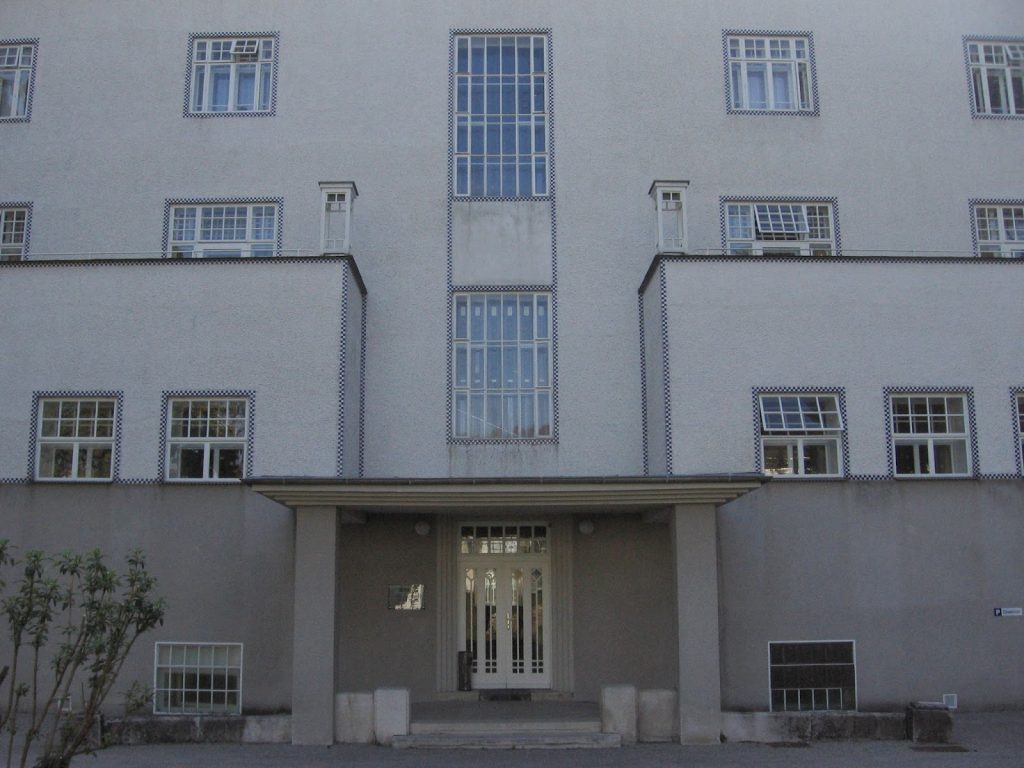 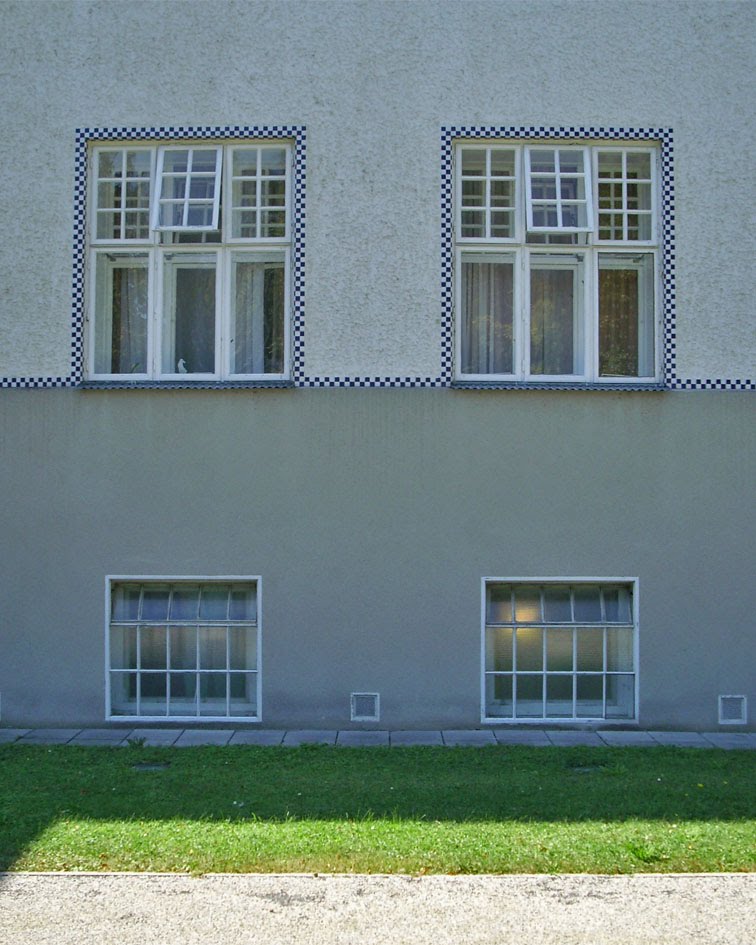 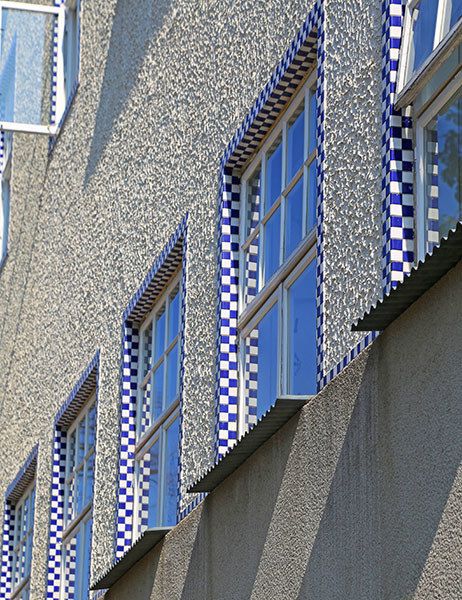 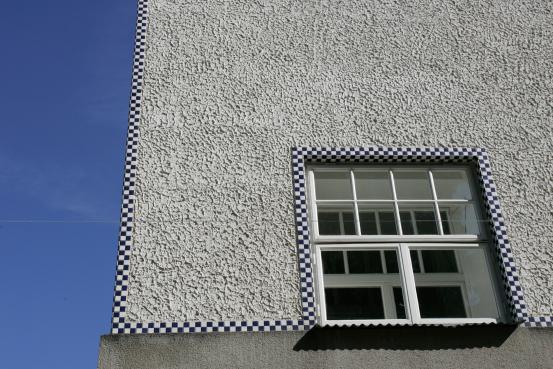 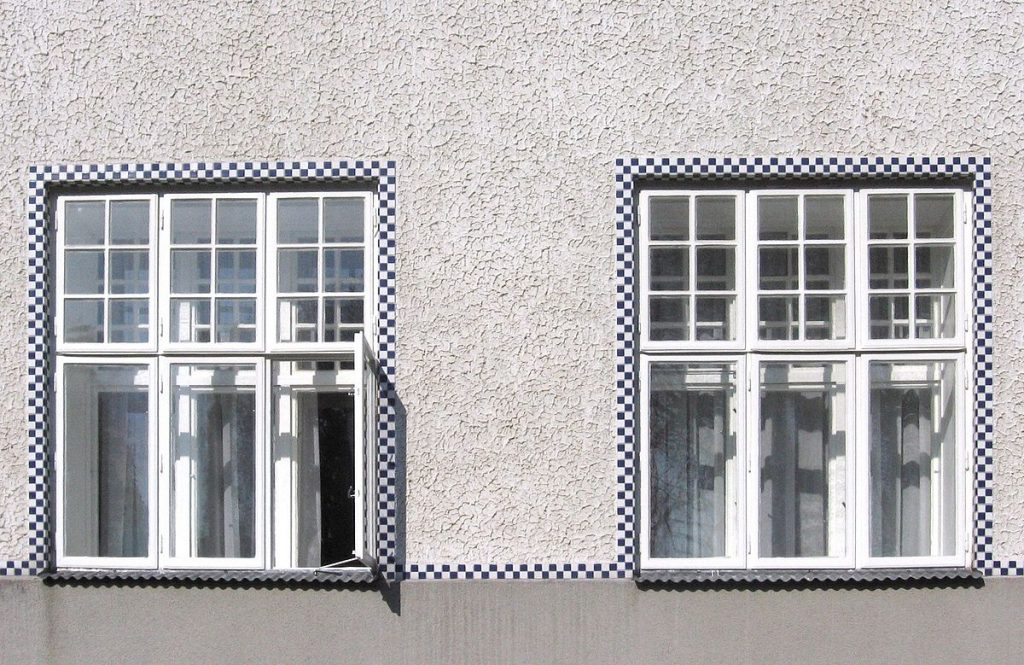 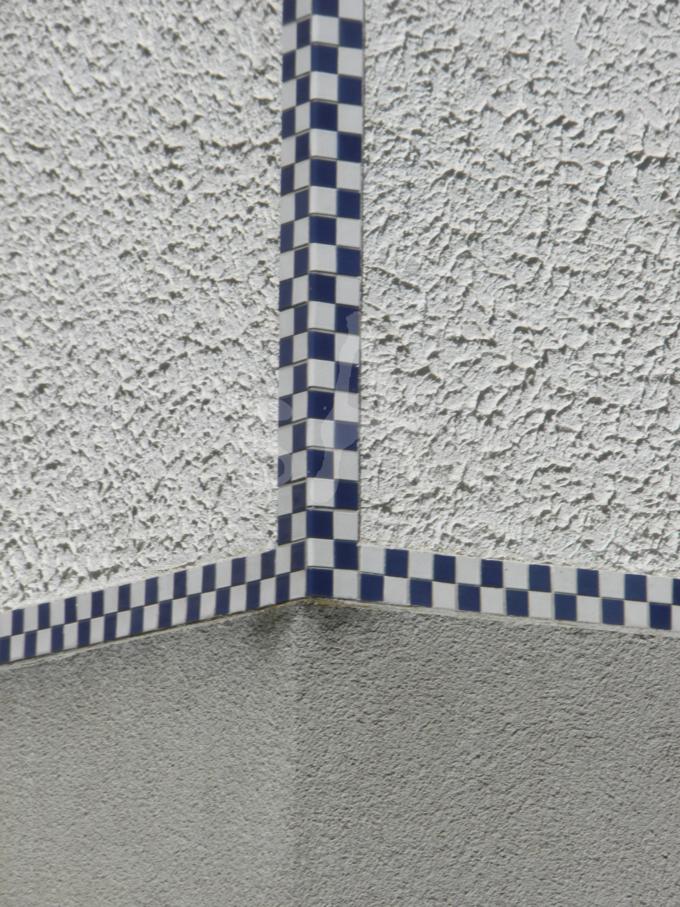 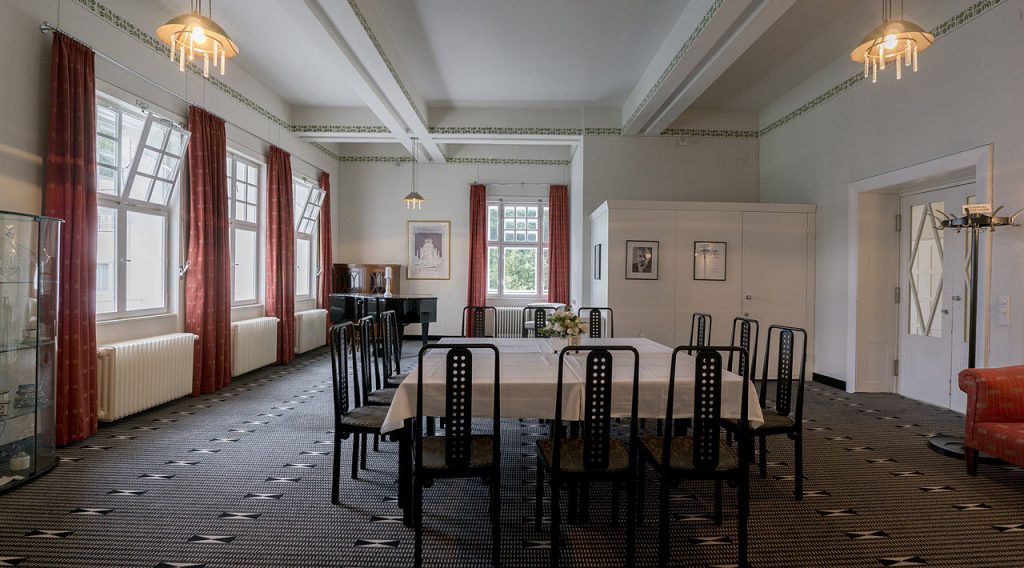 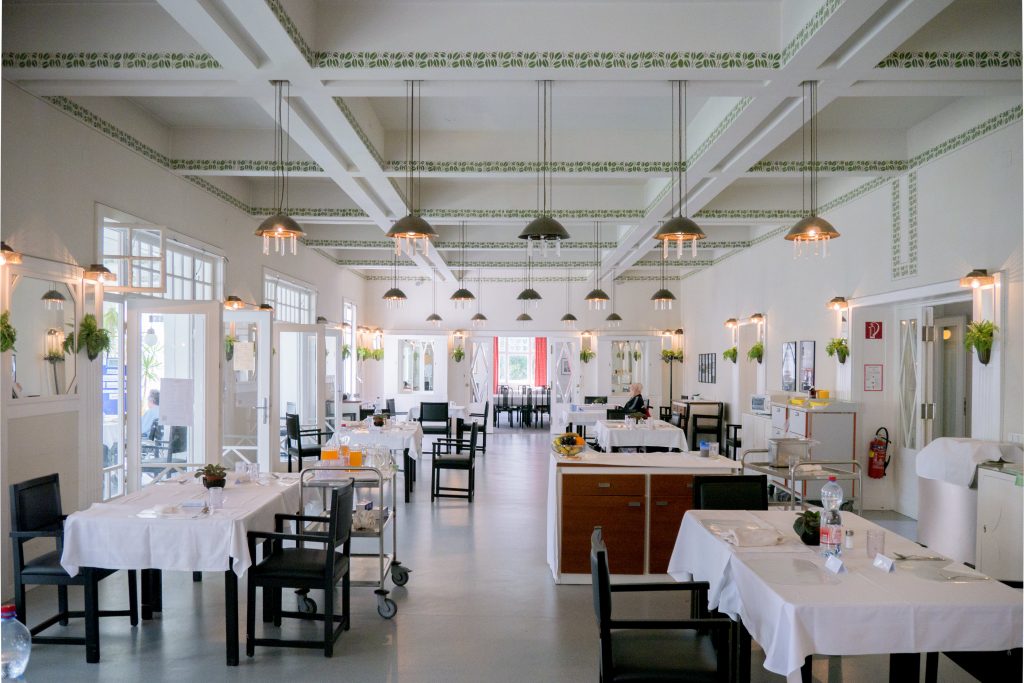 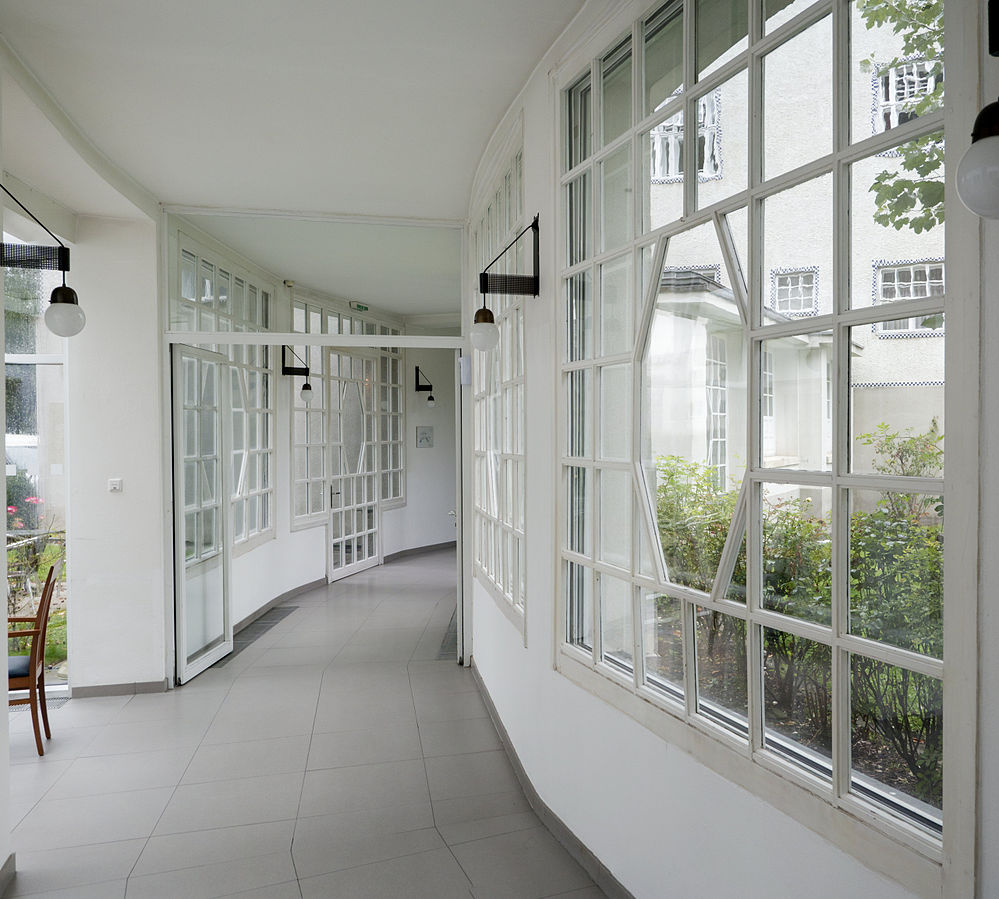 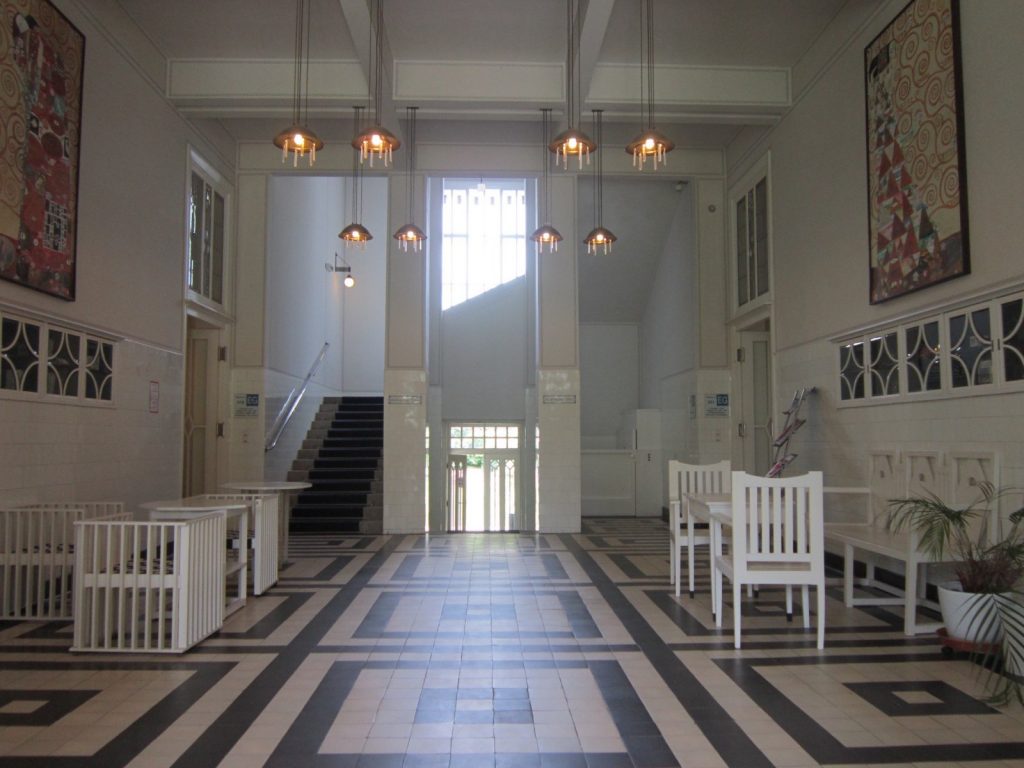 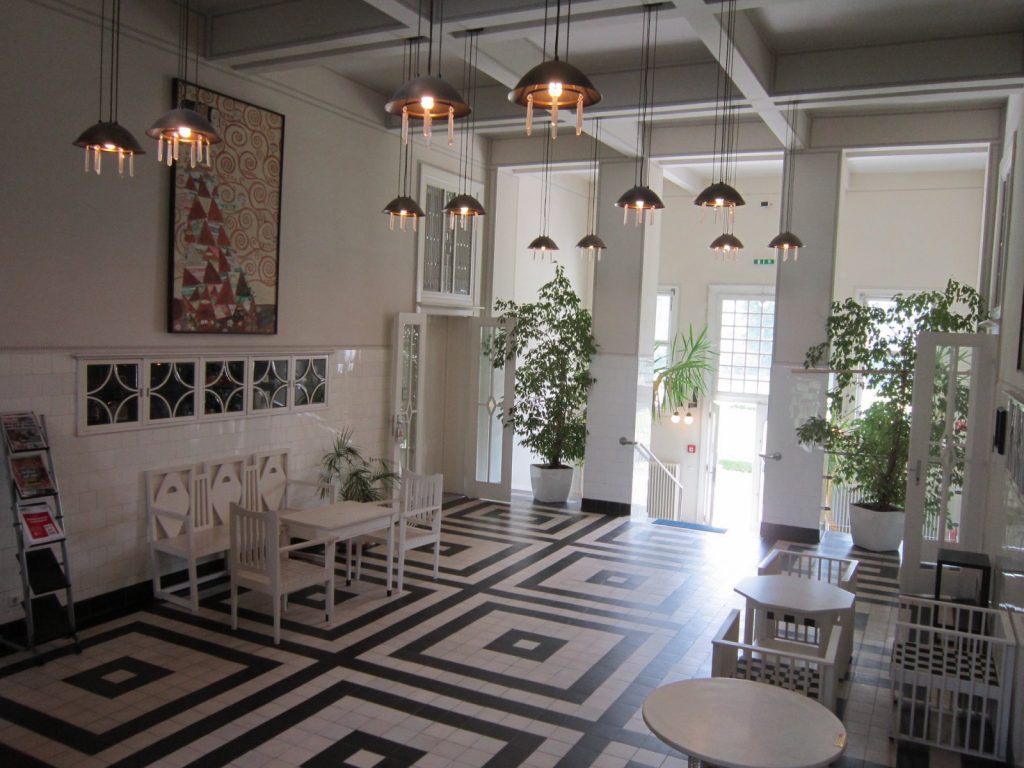 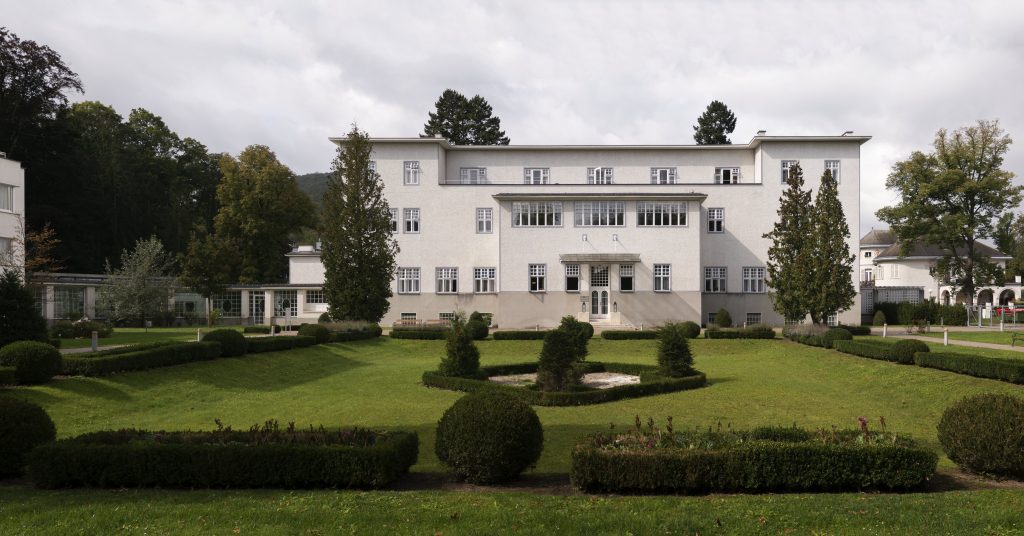 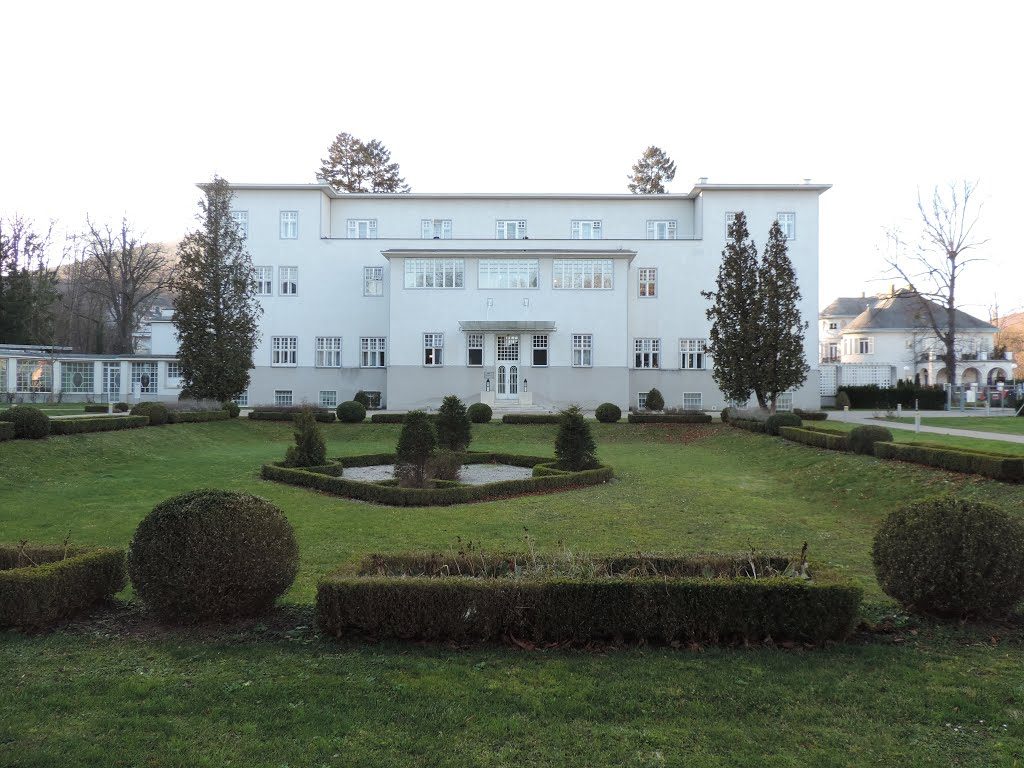