On March 13, 2005 the foundation stone of the parish dedicated to Josemaría Escrivá, in the urban area of ​​Santa Fe, to be attended by priests of the Prelature of Opus Dei was blessed.

The church is located on Avenida Vasco de Quiroga, one of the main arteries of Santa Fe, west of Mexico City, next to the Alameda Poniente and one of the contexts of recent projects planned for the recovery of a space urban. The site chosen for the construction of the temple is a place “recycling”, as he had previously been used as landfill.

Josemaria Escriva Balaguer dedicated to the architect began developing the concept of architecture with geometric lines and repetition of the 7 golden rectangles combined with two curves, evoking the Christian symbol of the fish. These curves were high on straight towards the rectangle diagonal lines forming the cross of light, facing north.

Based on the shape and concentric arrangement of spaces, the program is divided into two floors. At the top level the temple is located, whose input is determined based on the atrium and the frame formed by the walls at the base of the cross of the narthex, and from there you discover the large space ship, the congregation is oriented towards the presbytery that ends at the altar.

Registered in the abstract symbolism, the set consists of three connected buildings:

The temple is the largest main building of this set, and 752.37 m2. Noted for its height, 17m and 25m inside from the outside,
and the ways of their facades, fully geometric and precise strokes from the base of a slope of granite. It has capacity for 400 seats.

The space is formed from two curved surfaces that come straight lines cross the roof that let in daylight, creating an interesting effect on the walls of the nave and defining the composition of the axis from the atrium the main entrance on the north side, to the altar, where the line of light ends. The narrow windows allow clear invade the interior space in a controlled manner, so that seems to cut the inner darkness.

This geometry creates two exterior walls coated with zinc modules, scales that are driving the movement of the walls and create a texture of light and shadow over the sun, coating the inside and integrating with maple wood staves, very noble material that gives warmth and has the flexibility to adapt to the curved shapes of the walls in search of light that will never touch.

On the side of the ship, to the west, are the confessionals, baptistery and choir. At the opposite end an automatic door opens to a side courtyard ending in a body of water, symbol of Baptism, surrounded, in the background, a background of trees.

The altar area is the lightest and most worthy of the temple. At the end of the presbytery in the center is the tabernacle, similar to the front of the altar making.
The main crucifix is ​​positioned in a way that Jesus seems to be the cornerstone of the stabilization of the entire construction. Finally, the construction of elements pointing to the sky mean a spiritual elevation.

The rest of the complex is plotted as a duplicate of the curve giving the rise to the main building. The buildings of the complex are concentric to the nave of the church. Housed in the perimeter area confessionals and sacristy to the east, and an original court on the west side, which broadens the ship and reveals a mirror of water throughout.

On the lower level, which is accessed by stairs, are the Crypts of Rosario, space for funeral urns, which is full of light and movement. Are there other wide areas of the Training Center for the laity. Also on this level is the Blessed Sacrament chapel, just below the head of the church, following the same curved lines which facilitates their silence and darkness prayer and Eucharistic worship.

On the same level, with very discreet access rooms is a volume that occupies two levels interconnected with service spaces, always illuminated by gardens.

The temple has very few lines: consists of two very high walls and curved than ever meet. The movement begins at the gates, where they are parallel, then widen to give form to the ship and, ultimately, again without touching evoke a sense of infinity that draws us to him.

Simultaneously, the trajectory of these two walls draw the plant in the form of fish, a symbol widely used by early Christians to represent Christ.

The height and space ship, visually aided by heavy wooden parallel lines on the walls, creating a sense of inner elevation that invite meditation. While these walls seem to hug us and help us lead the way to the beautiful altar, where all eyes naturally converge.

The light enters from the top of the ship, along the entire temple and through the longest line of high cross found another cruise line perpendicular light above the altar. Thus the entire temple is lit naturally and primarily the presbytery, where the bright lines crossing is especially clear at noon and by time of year.

After analyzing soil mechanics, former landfill, proved a very poor area without load capacity, so it was necessary to reinforce the area with circular foundation piles as support columns on which would be the slab. It was designed as a slab of mezzanine floor without any rejection offered.

The structure of the temple, which was met with steel columns with two non-orthogonal directions, is formed by four plates that create a box that has a similar behavior in all directions, benefiting in case of a seismic load or wind (most important).

The structure was solved with basement walls of reinforced concrete.

The main building, the Church stands on solid foundations of granite material is also used in the construction of the temple with pillars and concrete columns. The exterior walls are coated with zinc plates. Inside the church is lined with maple wood panels.

Cover system for exterior design with zinc, a material which has the advantage of light weight, durability and flexibility, also helps with sound insulation for the interior acoustics, so that the absorption is concentrated in the rear and a line at the top to prevent echoes of the voices.

The side of the altar were covered with a material that would allow sound projection to the public. Speakers were placed in different sound sources, for both the eyes and ear, allowing visually connect to the sound source.

The niches of the crypts of the lower level are made of alabaster. 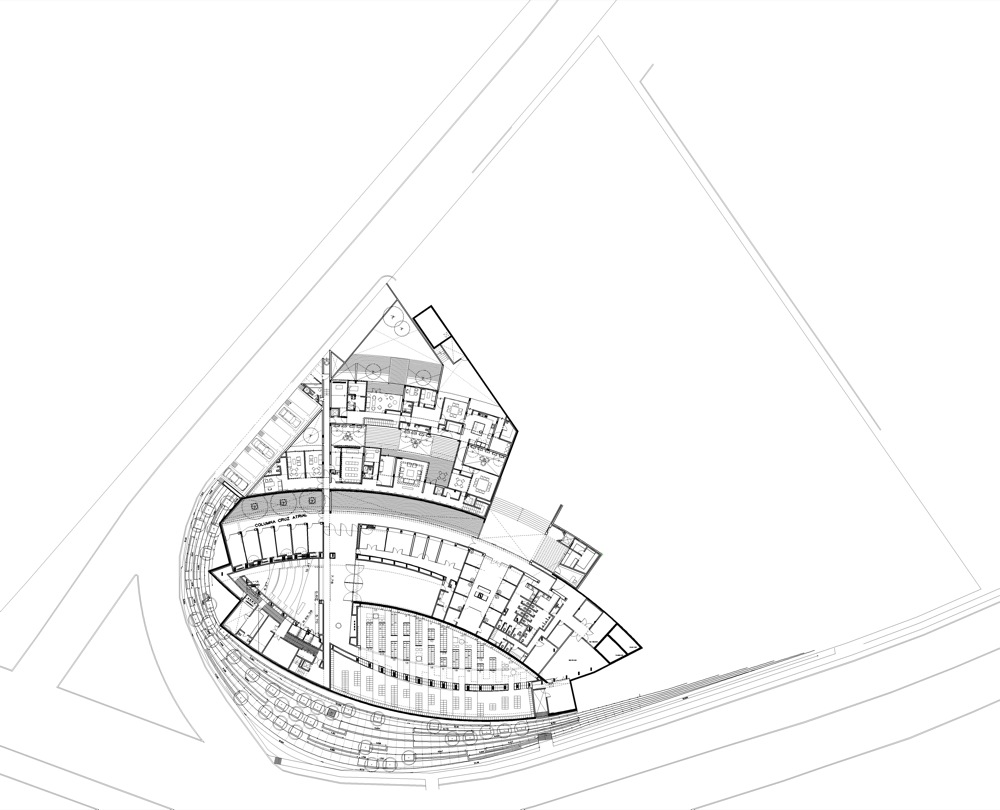 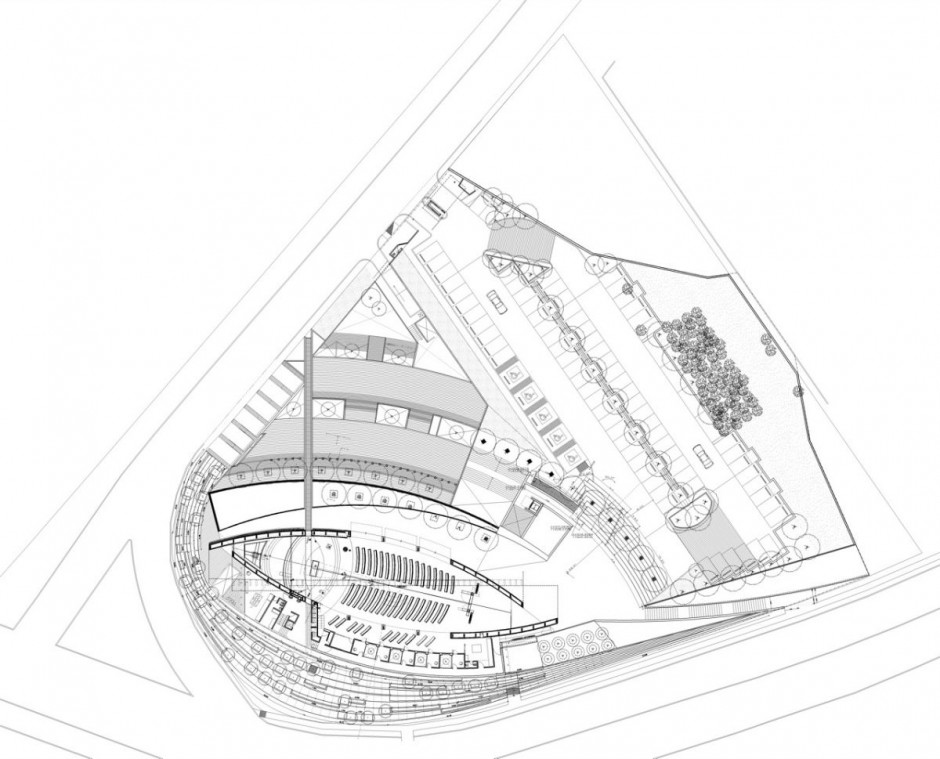 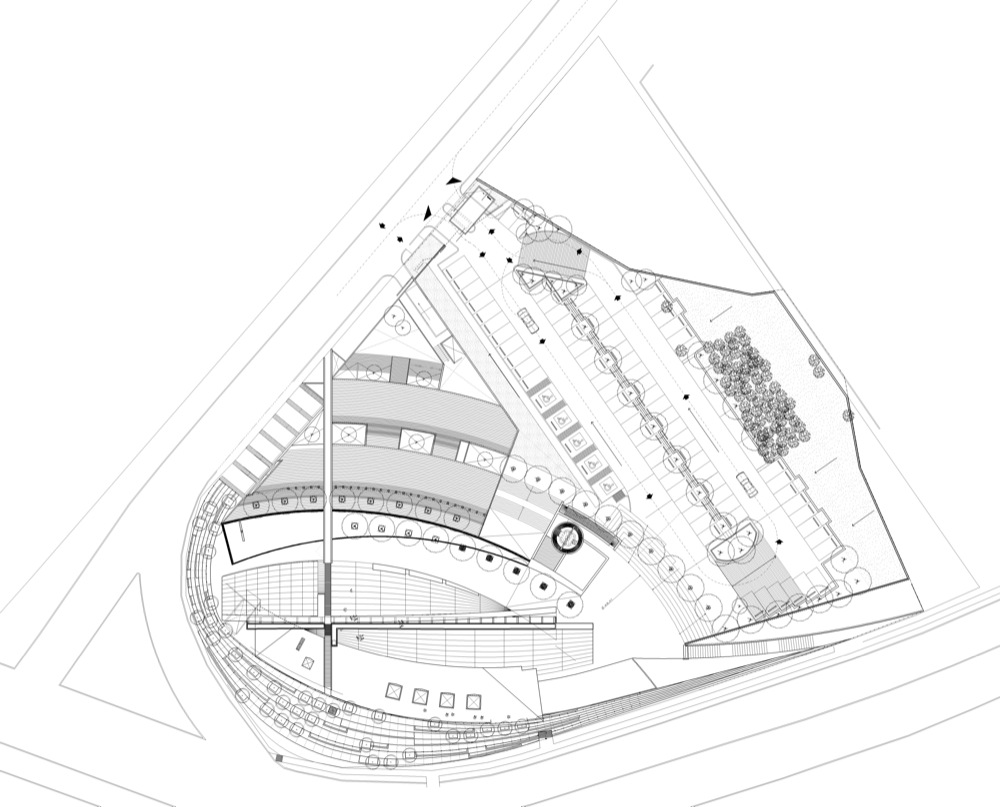 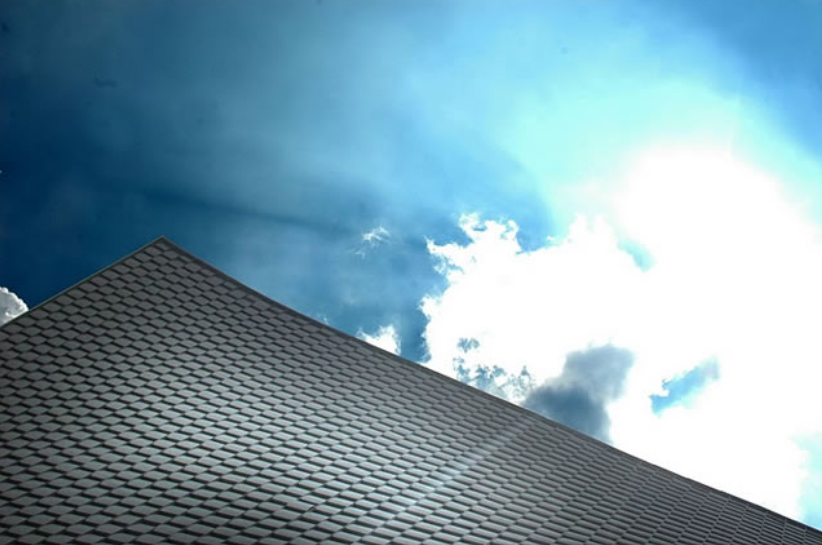 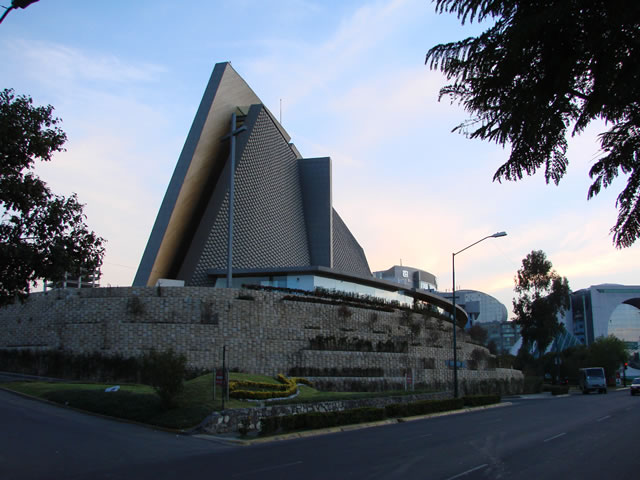 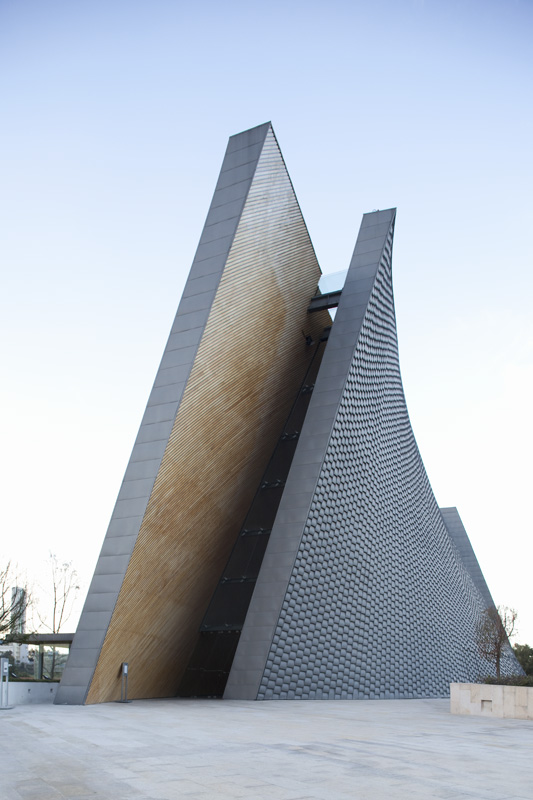 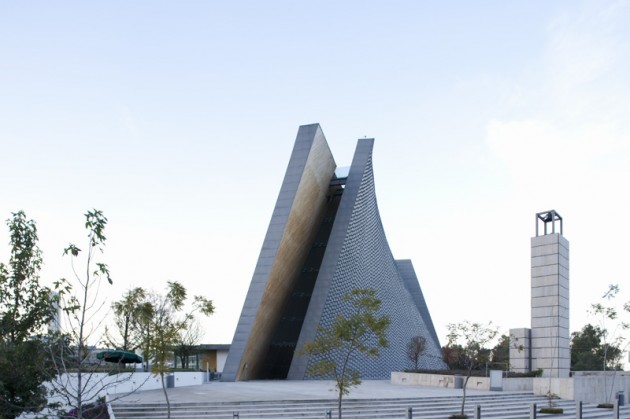 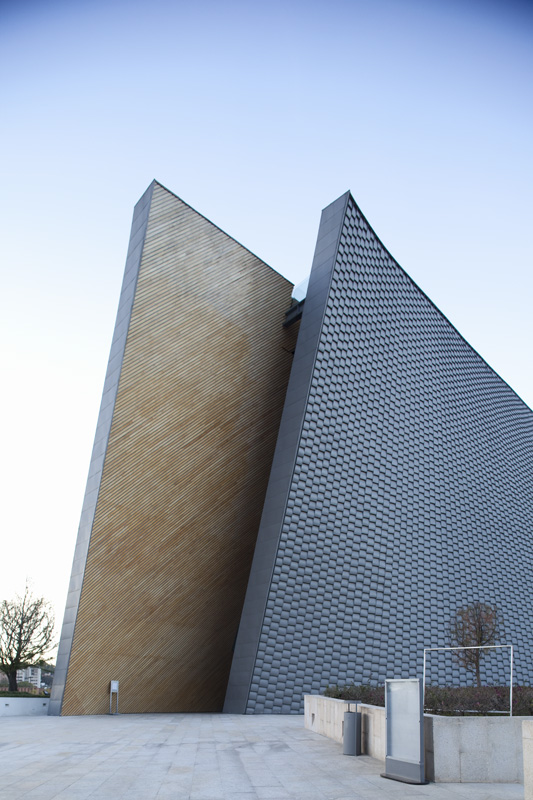 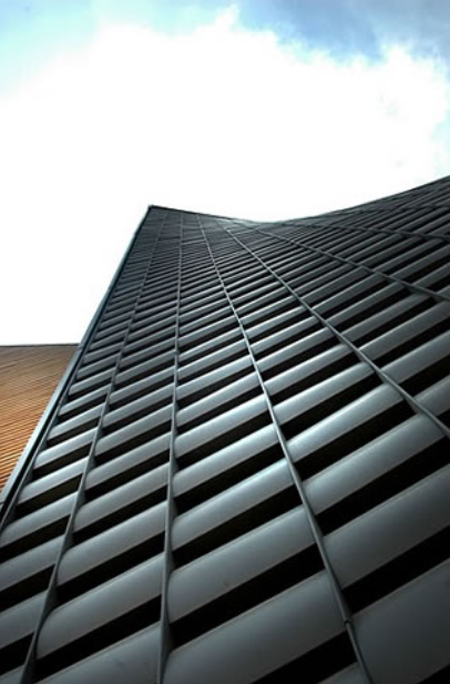 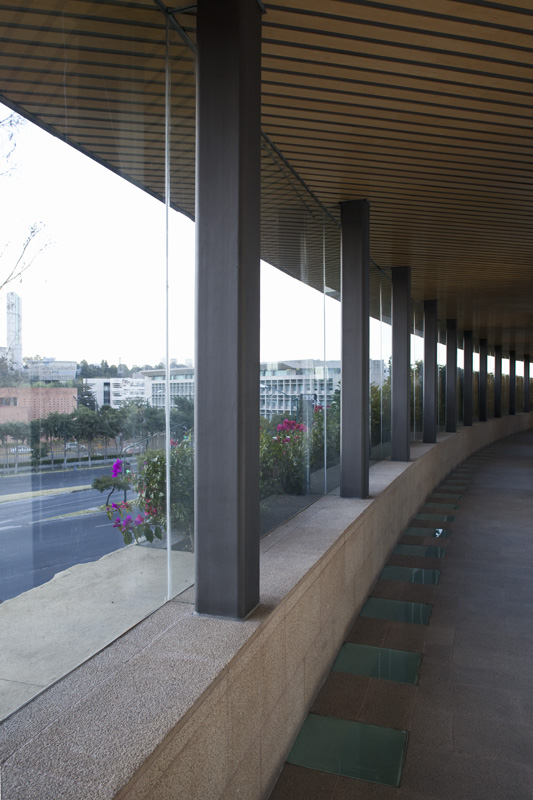 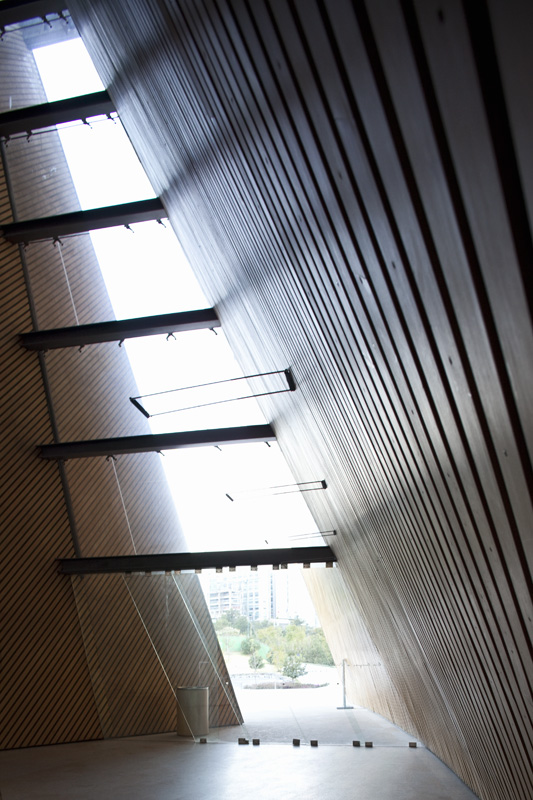 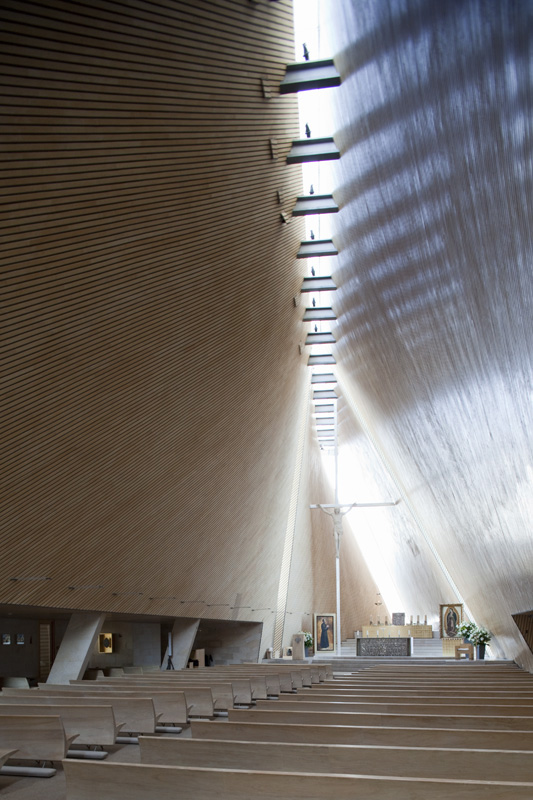 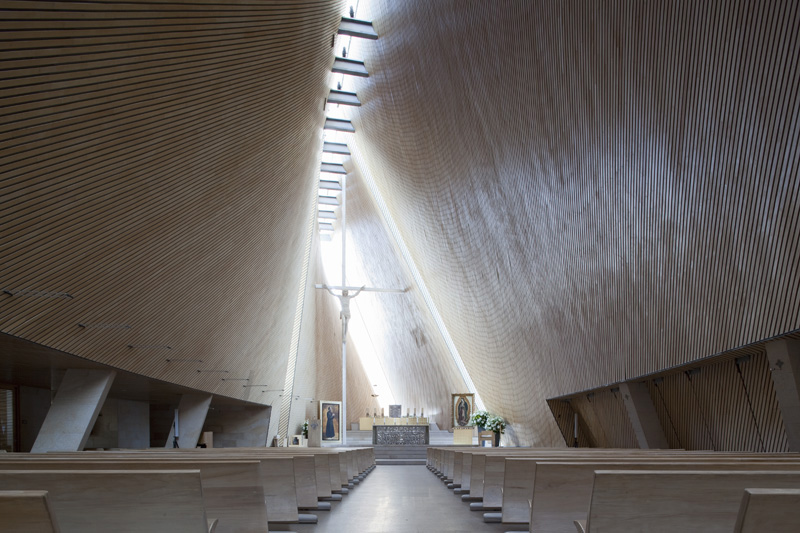 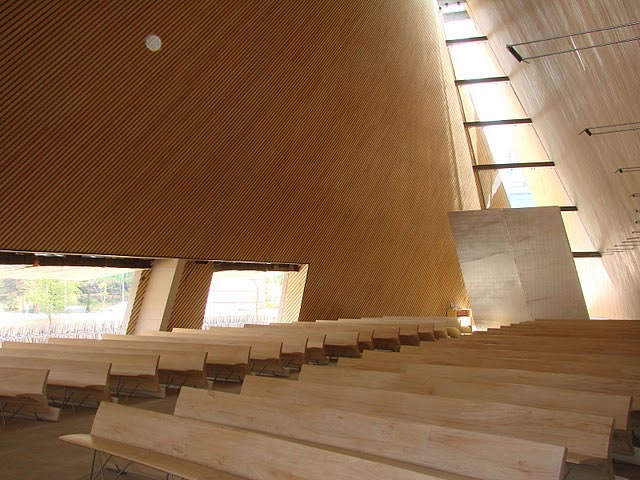 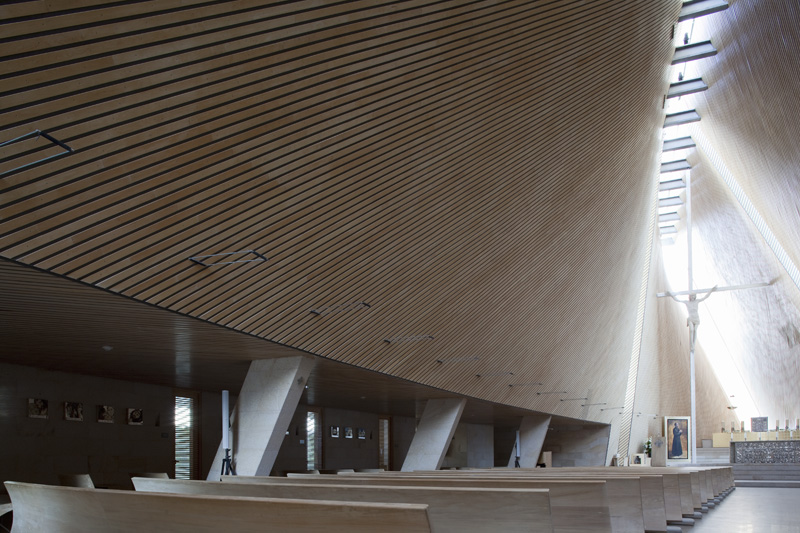 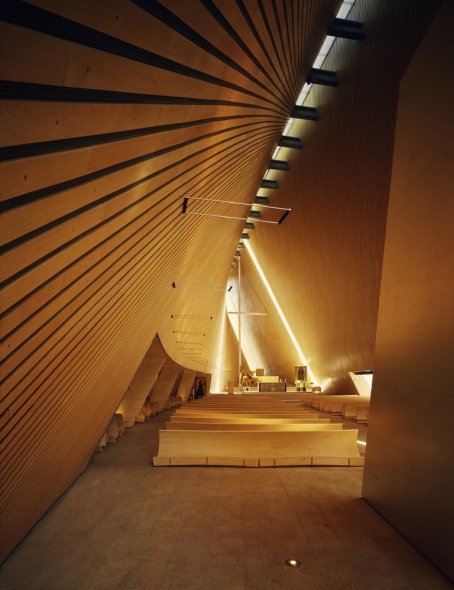 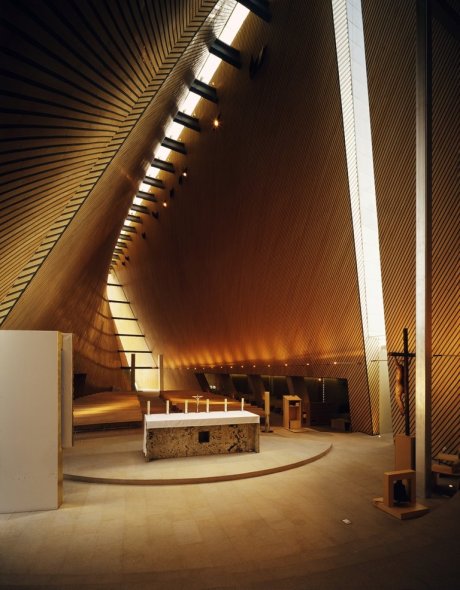 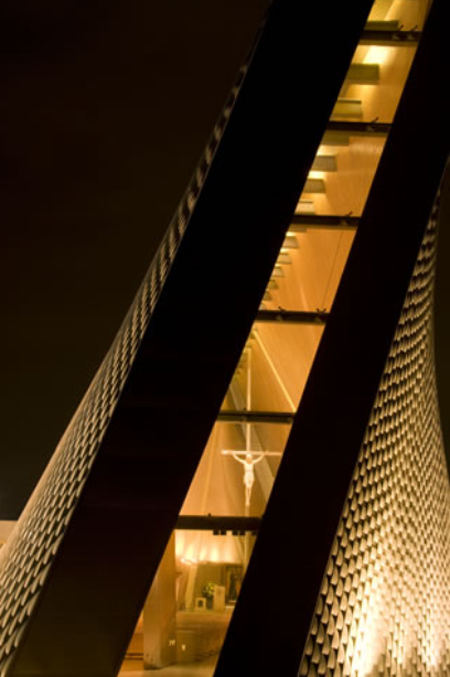 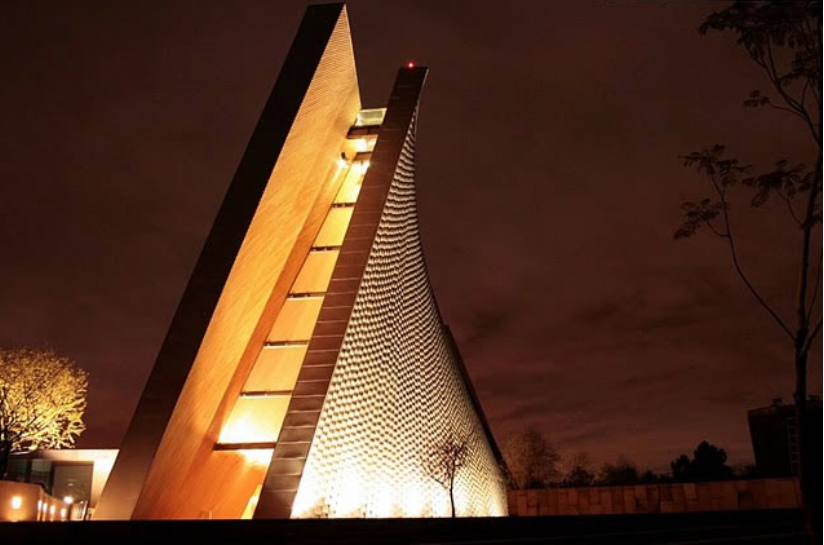 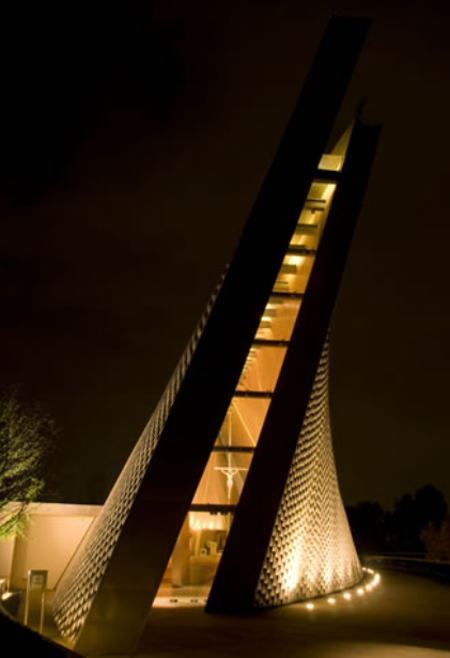 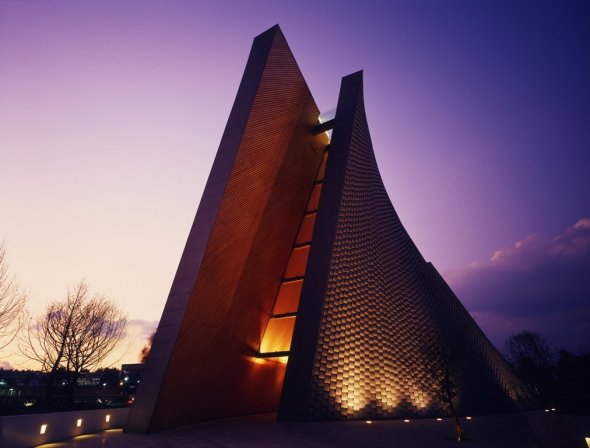 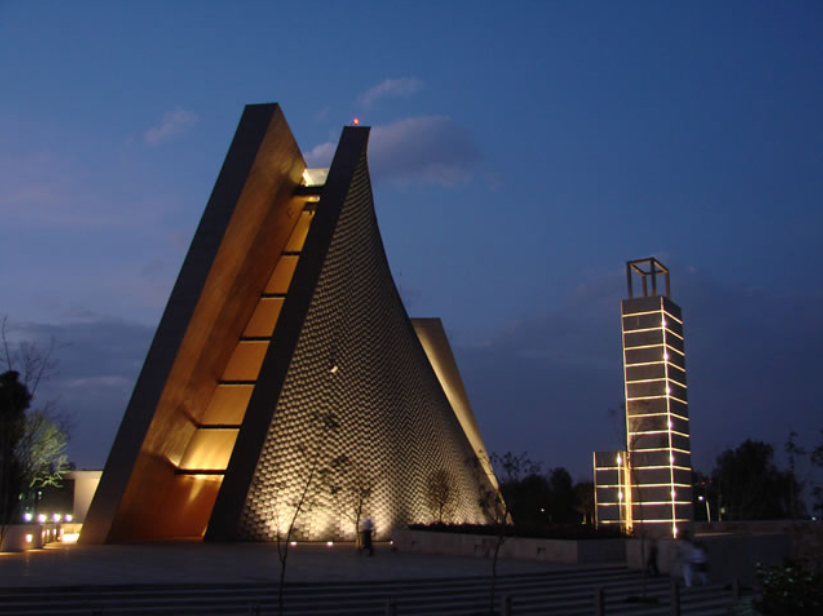