Saltzman House is a typical example of the architect’s early days, when the Group of The Five Architects proposed a new method based on a return to the language of European rationalism, drawing particularly on the houses built by Le Corbusier in the 1920’s.

It clearly showed the characteristics of this conceptual form, which led to its characterization as Mannerist from contemporary critics. This is indeed an operation focused on the language of rationalism.

It is located on an open lot in East Hampton, New York.

In Saltzman House, the elegant use of rationalist language is comes to pure fruition. The rounded contours of the house, the two separate structures linked by a footbridge, and the use of columns supported the purist appearance are all paradigms of the style. The broad curve replaces the sharp inner corner of the cube and a spiral staricase – which refer vaguely to the interior of Meier’s Ozenfant House – are enough to clarify the shape of this house.

In this work, the process of addition of space is complemented by the subtraction of volume elsewhere. This is evident from the terrace, which appears as an addition of volume was only partially rebuilt. But it is perhaps in the window design that the satisfaction ofthe use of style is more aptly demonstrated. Long narrow windows and square windows of different sizes follow each other around the exterior of the shape, but this design diehter is regulated nor appears programmed or contained in concept. It is simply the free and happy use of the rationalist elements: the architecture speaks of its manner of operation. But satisfaction of the style should not be confused with arbitrary element placement. Here, as in the Smith House, Douglas House and other of the best works of the period, the form and openings that create the space are strictly aligned with what happens inside the house.

Beginning with reinforced concrete, Meier makes desired subtractions from the volume but maintains the glass structure independently of the foundation. 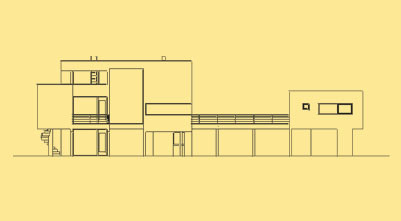 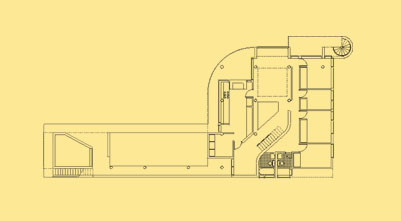 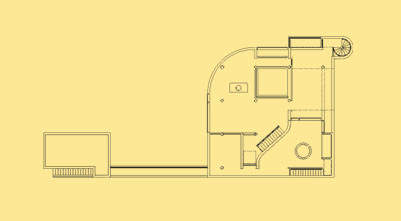 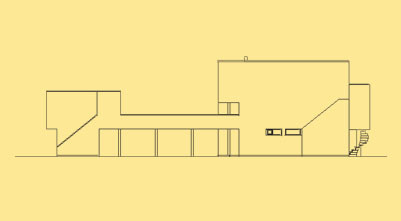 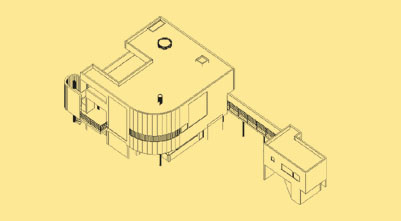 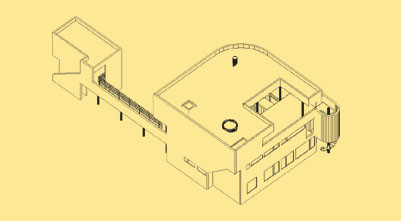 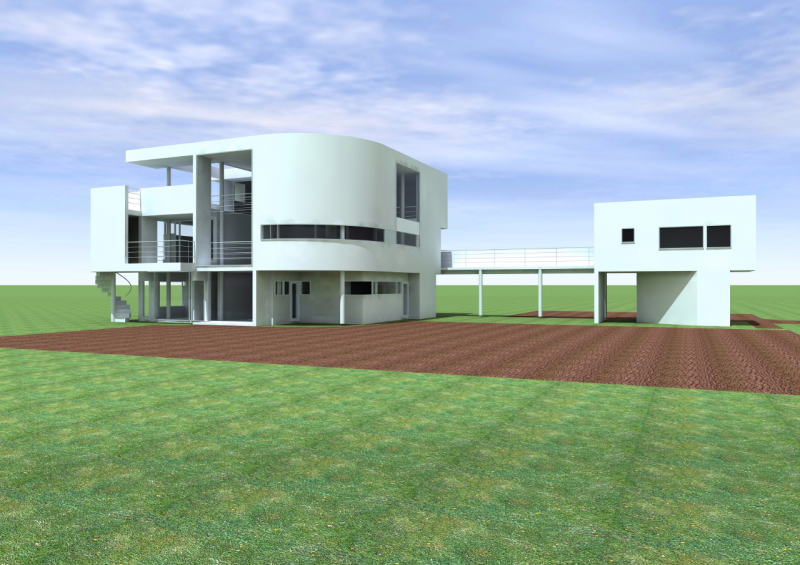 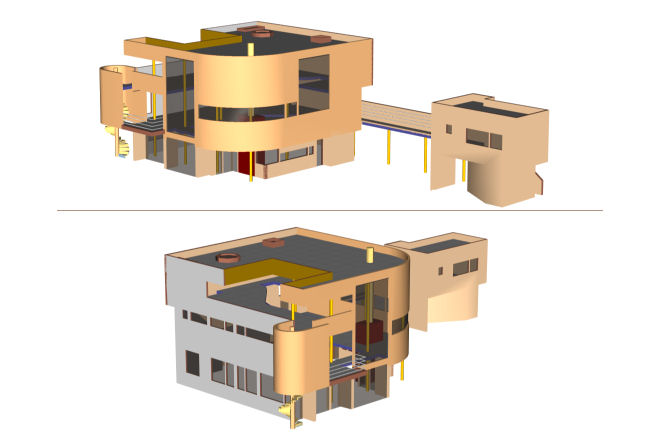 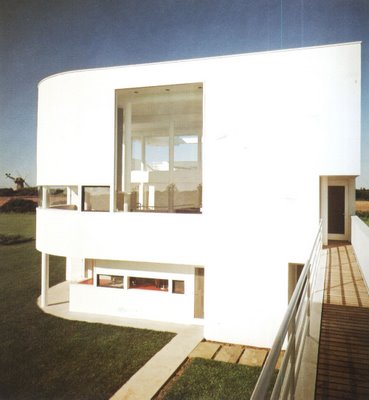 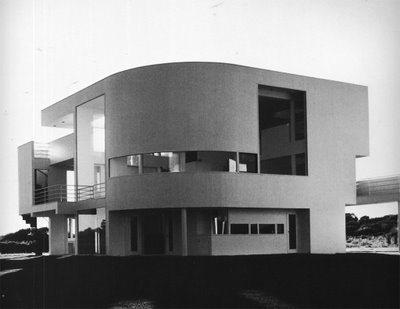 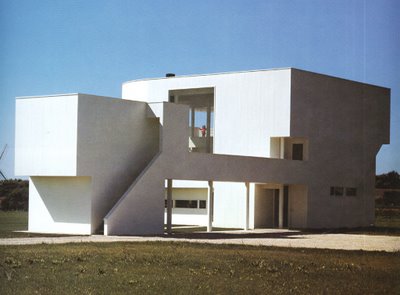