Adolf Loos adopted the cubic building the South and settled to the climatic conditions of Central Europe. This building was explained rationally by the architect with the creation of the cover concrete and its possibilities, although the use of the flat roof involves more than the simple application of new building techniques. Thus we see appear the Steiner House, cubic and smooth or Scheu House with their foreheads and staggered terraced.

The exterior smooth and unadorned of these houses-cube corresponds to the theory of “lack of ornaments” developed by Loos to use objects, including the house, and that would apply in conjunction with programs Raumplam theory.

The house was built in Schliessmanngasse Rufer No. 11, belonging to the Municipal District 13, Hietzing, in the city of Vienna, Austria.

Hietzing is a densely populated urban area with many residential buildings, but also large areas of forest, close to Schönbrunn Palace.

The example of “cube house” developed in the “Rufer House” built in 1922 (10x10x12m), to Joseph and Marie Rufer, trimmed with a terrace on the roof, shows most clearly, with its almost fully cubic The radicalism of the program proposed by Loos. For the first time breaks with custom enclosures put a floor on the same level, short ladders together the different heights. Thus two different room dimensions create a spatial unit, each of the environments yields part of its surface to the other.

In the cubic volume that makes the house open three doors, one on the small terrace overlooking the garden and two on the other sides, one is the main entrance and the other service.

The concept Raumplan also affects the outside of this building, the elevations reflect the internal organization, but, in order to achieve a balanced composition, the architect paid attention to the contrast resulting from the combination of bare walls and white with dark spots windows.

The “rigor” of cubic uniformity allows some “freedom” or “irregularity” in the location of the openings in the facades. But freedom is not arbitrary, only just and necessary, not determined by the guidelines but by internal requirements.

Although it can be said that the facades of the house are completely naked, as even window frames are stripped of any superfluous part, there are three elements that attract attention. The architect included in the upper part of the façade a frieze and cornice collapsed on top of the cubic volume. The ledge protruding from the front and minimally covers the frieze.

The third element, a complement to the previous two, is a rectangular molding representing the Parthenon frieze, placed at low altitude in the facade facing the street. It is a piece that completes the balance of the rebels, but also is an ornament, a fragment of the classic. Some critics have claimed that this frieze, not only balances the formal composition between the holes and the surface, but also balances the purist abstraction with figuration hub.

Rufer House is considered the first work that reflected throughout the entire concept of Raumplan on the interior spatial organization developed by Loos. This almost perfect cube is formed by a basement and four levels. There are only two breaks in the volume: a terrace that connects the great room or music room to the garden and an open terrace that extends the upstairs rooms outdoors, both are on the side facing the garden.

The main entrance is located on the ground floor, slightly elevated above the natural ground level, giving access to the hall. On the upper floors are accessed by stairs lit by a window directed to the north.

The axis of the composition is a single central pillar, which fulfills both a structural function and other systems as a conduit for electricity, water and heating. This structural scheme is supported by exterior bearing walls. 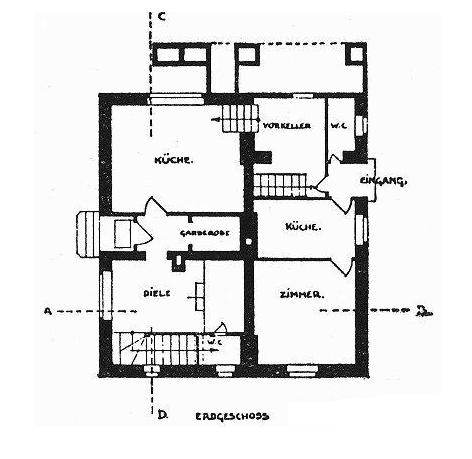 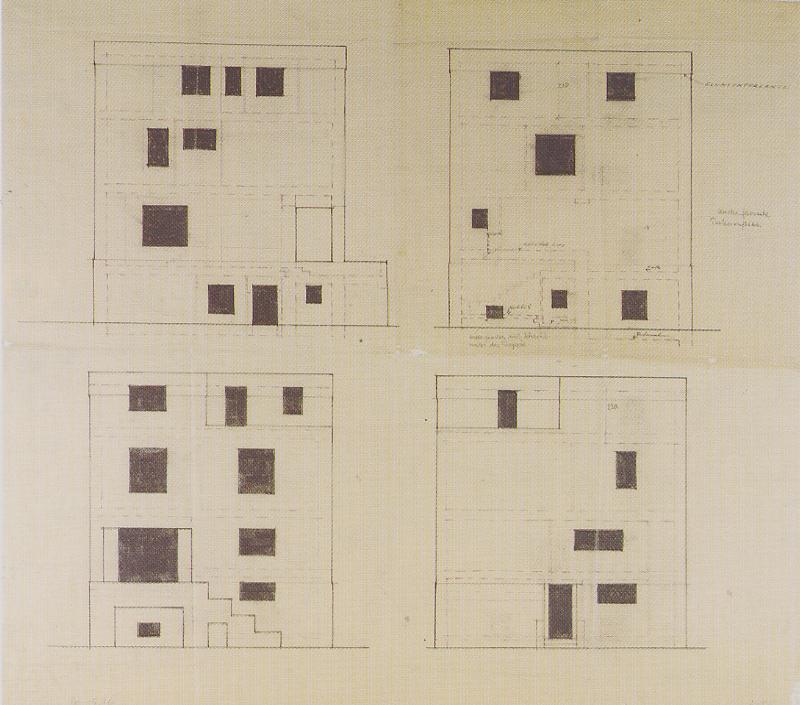 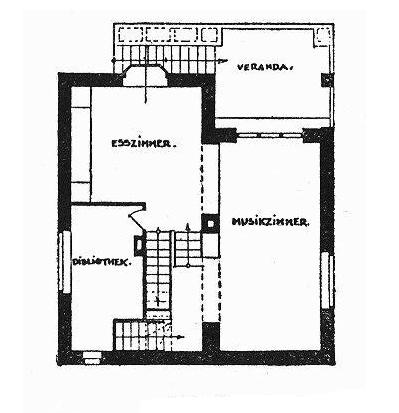 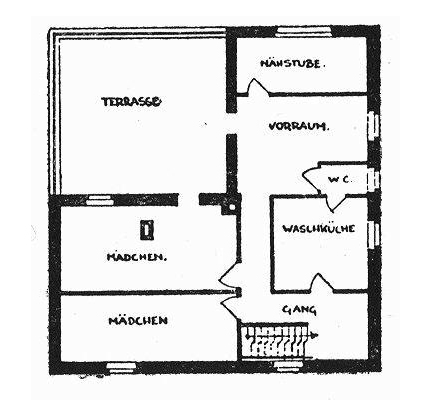 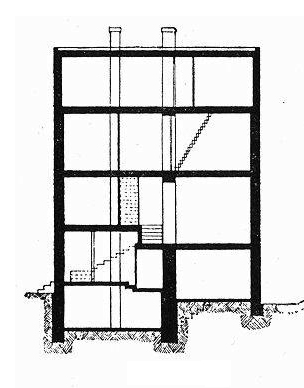 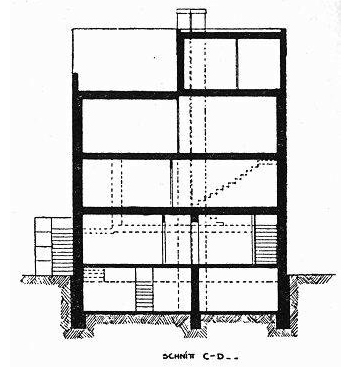 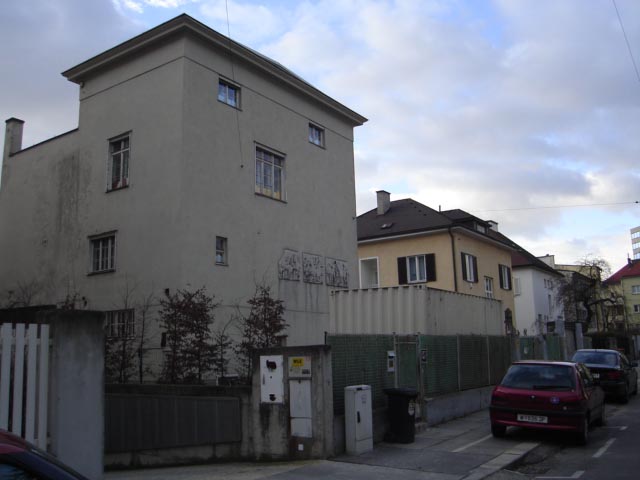 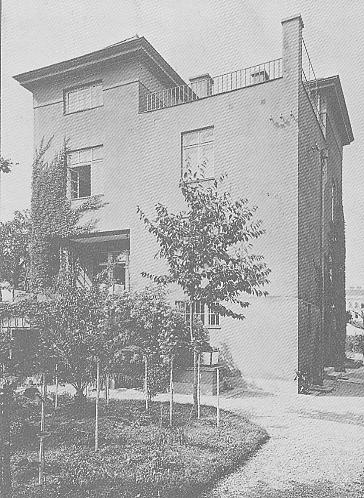 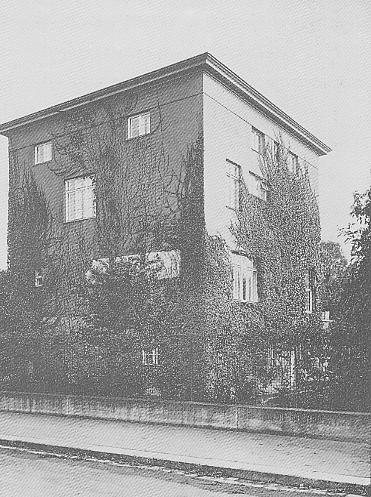 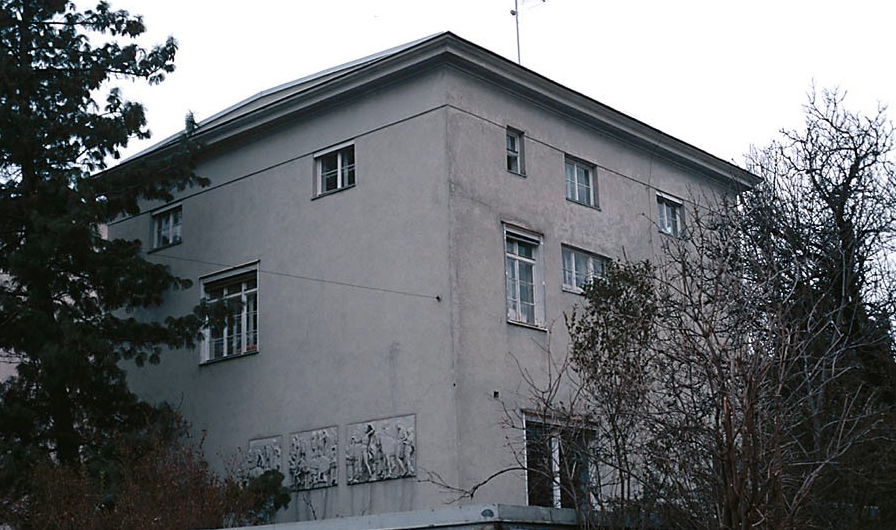 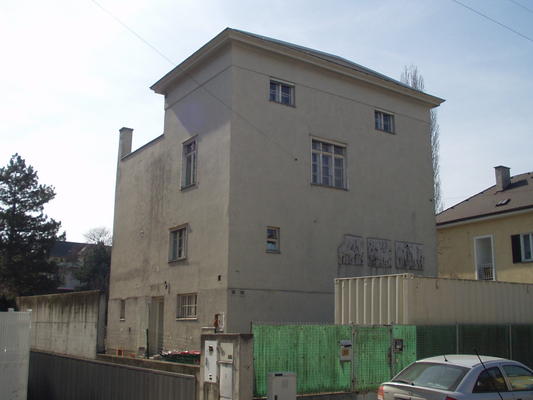 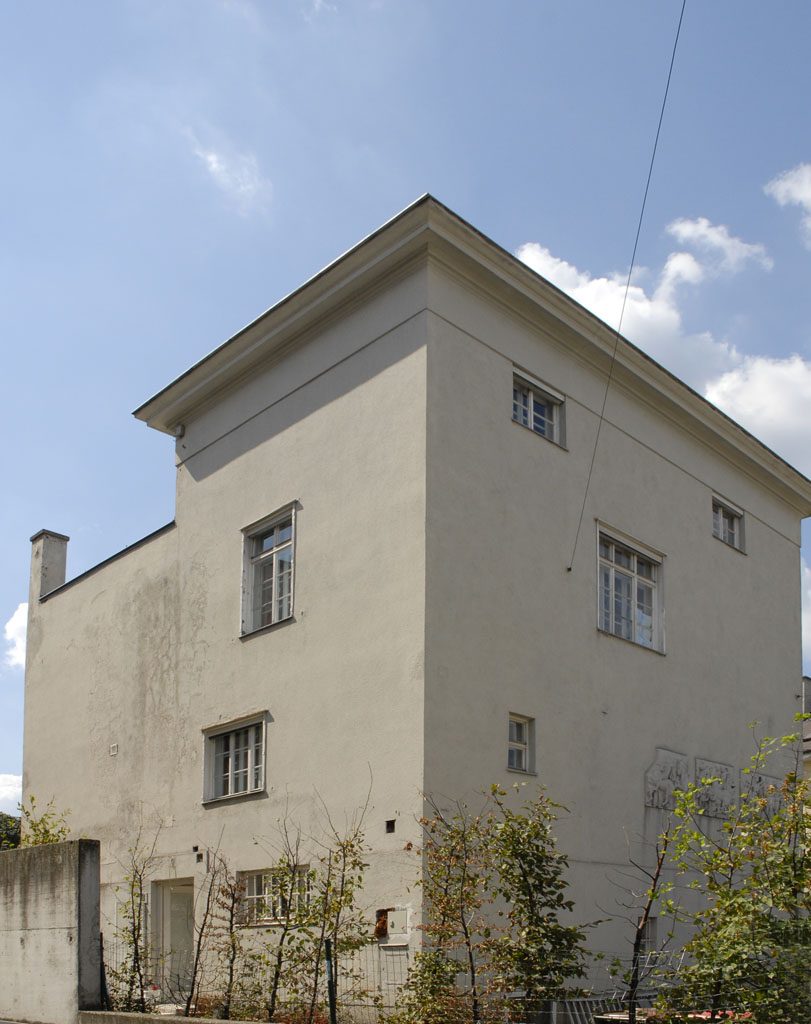 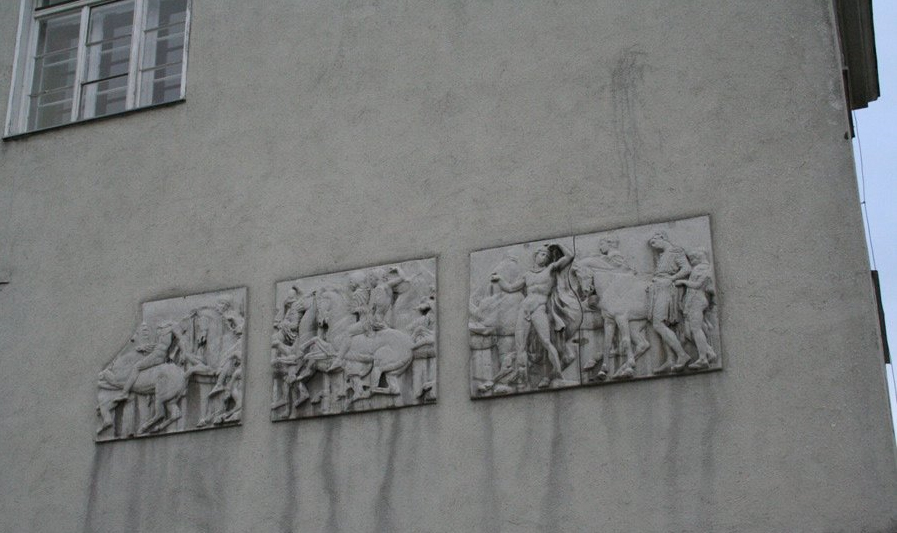