“… Too often we think of architecture in terms of the spectacular Nothing spectacular about this chapel… Was not meant to be spectacular was supposed to be simple, and in fact, is simple but in its simplicity is not primitive, it is noble, and its smallness, is great indeed monumental… “(Mies van der Rohe).

The decision to build a chapel at the Illinois Institute of Technology (IIT) originated in the late 40s with a proposal Conkling E. Wallace Bishop of the Episcopal Diocese of Chicago. Conkling wanted to increase the local presence of the Episcopal Church and thought the IIT campus was the perfect location. Since the war had soured, for many, the relationship between science and religion, Conkling was the chapel as a place where students interested in the future of technology could form a positive connection of these two aspects, calling it “a great project education of the atomic age. ”

The chapel is located on the northeast side of the main campus of the Technological Institute of Illinois at Chicago, United States, close to Michigan Avenue at East 65th and 32nd St, outside the boundaries of District Campus by considerations of the National Historic Register.

The building is a monolithic brick building with a floor following the Golden Mean.

The construction of the chapel began in 1949. The original plans envisaged a complex formed by the chapel, a rectory and a meeting room. However, the final design was a simple structure to which students are referred to as the “God Box” (God Box). Although records are unclear, it appears that this reduction in scope was motivated by the need to be non-denominational chapel. Although it was sponsored and administered in part by the Episcopal Diocese of Chicago, the government ordered that the chapel was open to students of all faiths. This was in order to really achieve the objective of the Chapel, student participation “in the pursuit of virtue, while being chased become competent in finding things.” In addition to the aesthetic preferences of Mies, to search the discrete appearance of the altar and the cross is credited, along with the controversial curtain hanging behind them, used to cover if necessary any religious reference.

Occasionally Mies commented that in his career he would have liked to build a cathedral, it was never carried out this being the only raid Chapel architect within the ecclesiastical world and therefore somewhat historic and architecturally important point in his career.

The building stands as the only masonry building by Mies outside Europe. Unlike his other works in the United States, the walls built with light-colored bricks, following a pattern of binding English, they are not merely decorative, but also serve to support the small building. This marks a break from their usual division between structure and enclosure. According to Mies, simple walls are designed to draw the eye upward, making the chapel a space for contemplation. In this small space Mies meant that instead of promoting “the desire to lose,” visitors feel “hoping to find themselves” printing to the chapel and recognized his signature style of “less is more”.

The interior is divided into a sequence of spaces articulated by different types of transitions, a step in the terrazzo floor, stainless steel railing, a socket around the altar and a curtain.
Behind the altar space consistent support in a living room, a storeroom and a toilet it is located.

The west and east facades are identical with the exception of glass which is transparent at one end and at the other sandblasting. Mies said of the chapel “… ince noble character, built with good materials and has nice proportions, and besides that, it is simple…”

The Robert F. Carr Memorial Chapel of San Salvador Carr built between 1949-1952 is the only building designed by Mies intended for religious services. The building has one floor and is unique among the buildings that the architect built on the campus in which brick walls act as retaining walls, devoid of steel structures, supporting walls are sealed with a flat open deck.

The church building is characterized by its austere interior, one rectangular room free of columns, no frills, just a simple stainless steel cross on the altar, a single block of travertine marble, in front of a floor to ceiling curtain. The steel-framed windows on the walls facing east and west, one with sandblasted glass, the floor is black terrazzo.

The building has been little changed since its completion, but has had limited mainly affecting the maintenance cover and window, resulting in poor accessibility.

In 2001, Harboe Architects prepared an assessment report to the IIT and provided recommendations for the restoration of the building. Beginning with the spring semester of 2007, Gunny Harboe has been teaching a course in architecture at IIT jointly with the Faculty of Architecture Dean Donna Robertson and other officials of IIT and the Mies Society. This course intended to give students a real proposal and first-hand experience in the preservation, through aid and efforts to restore the building. In 2008, Harboe Architects completed the construction documents for the full restoration of the chapel. 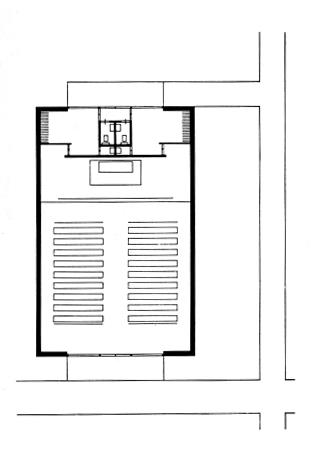 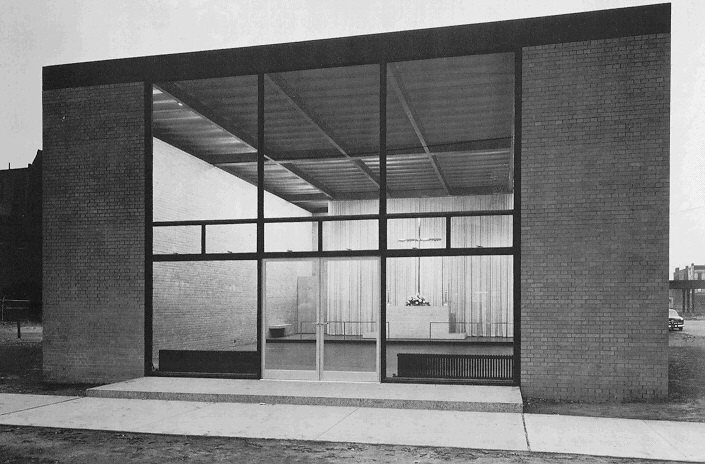 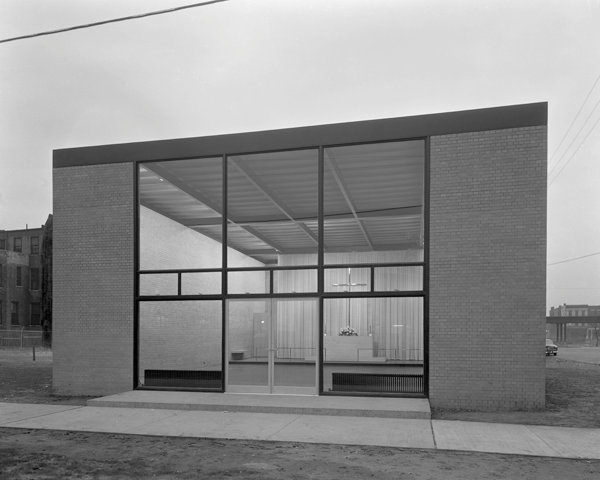 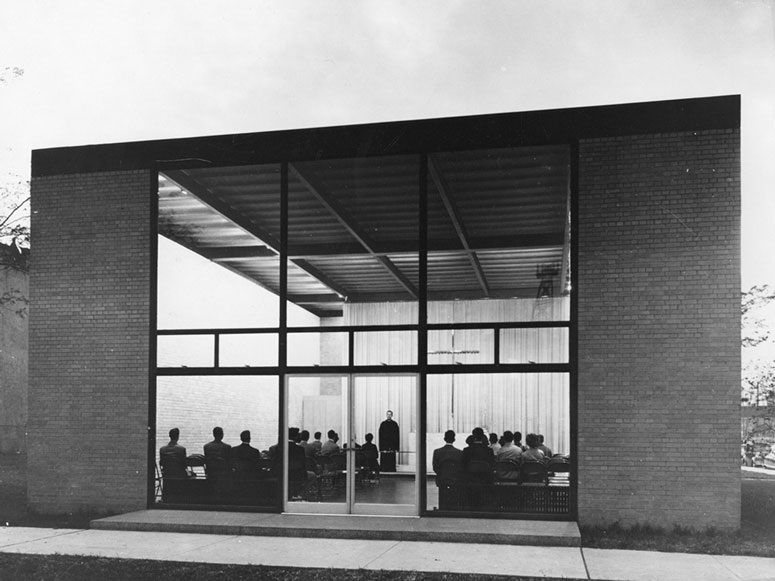 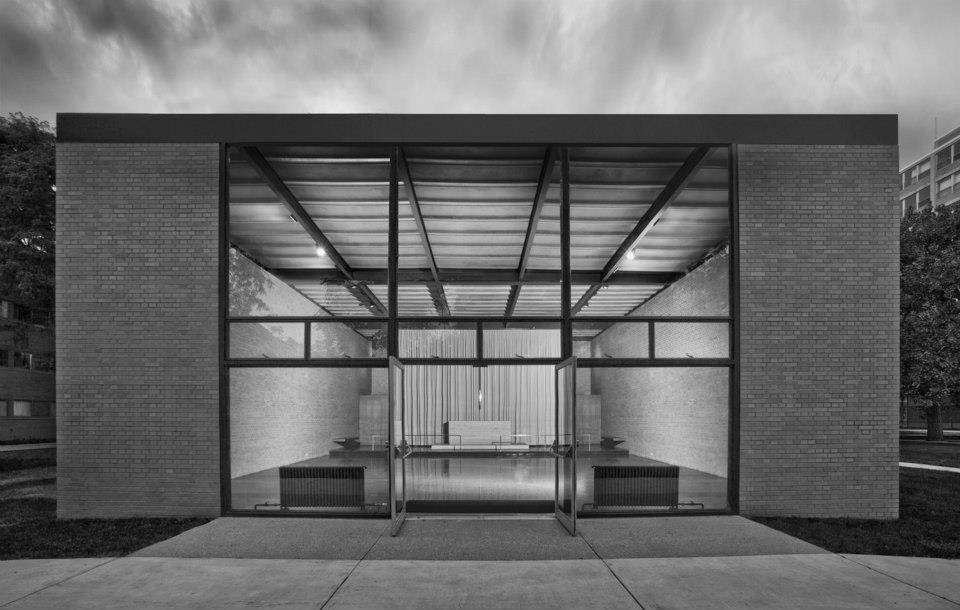 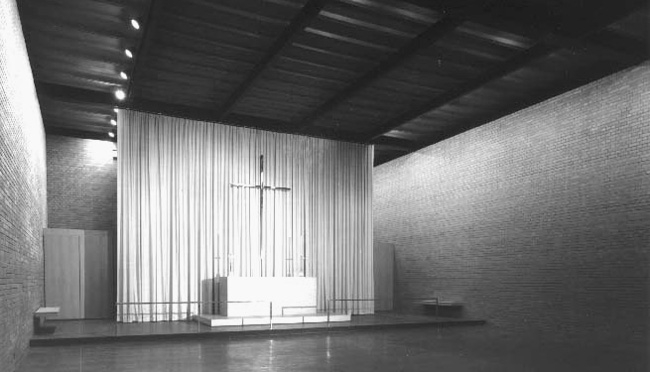 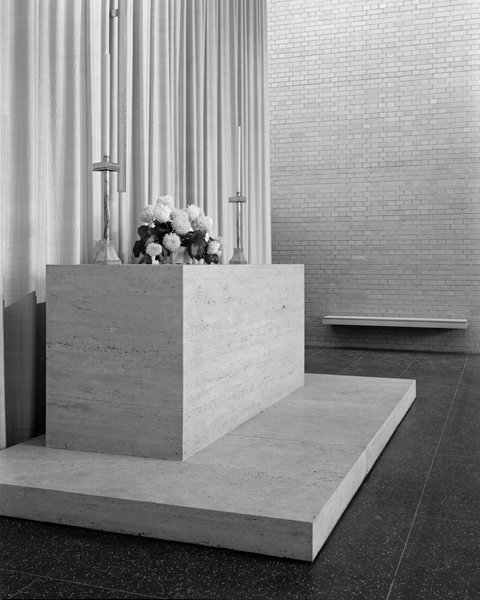 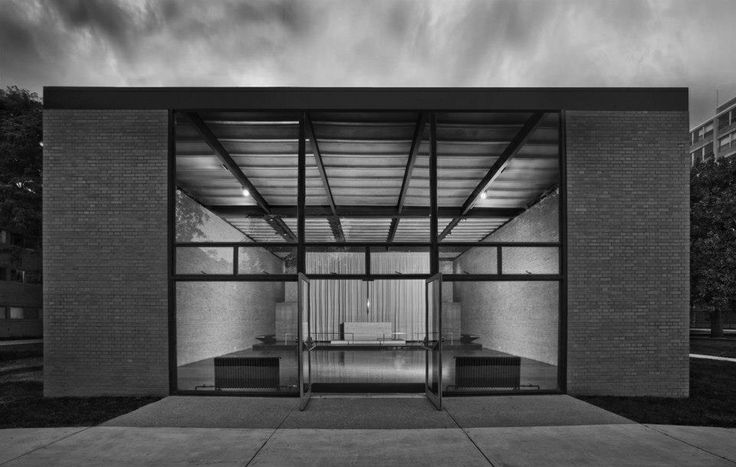 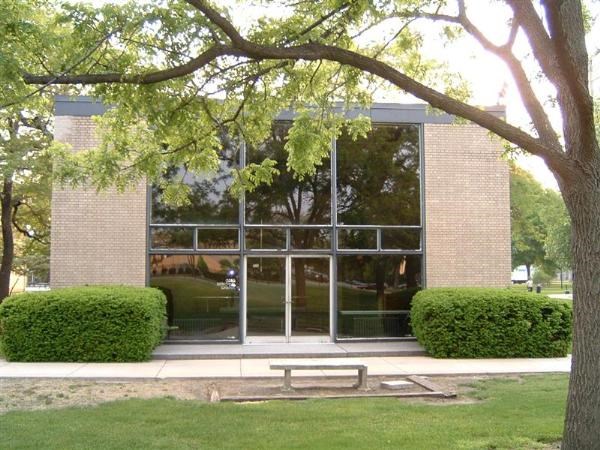 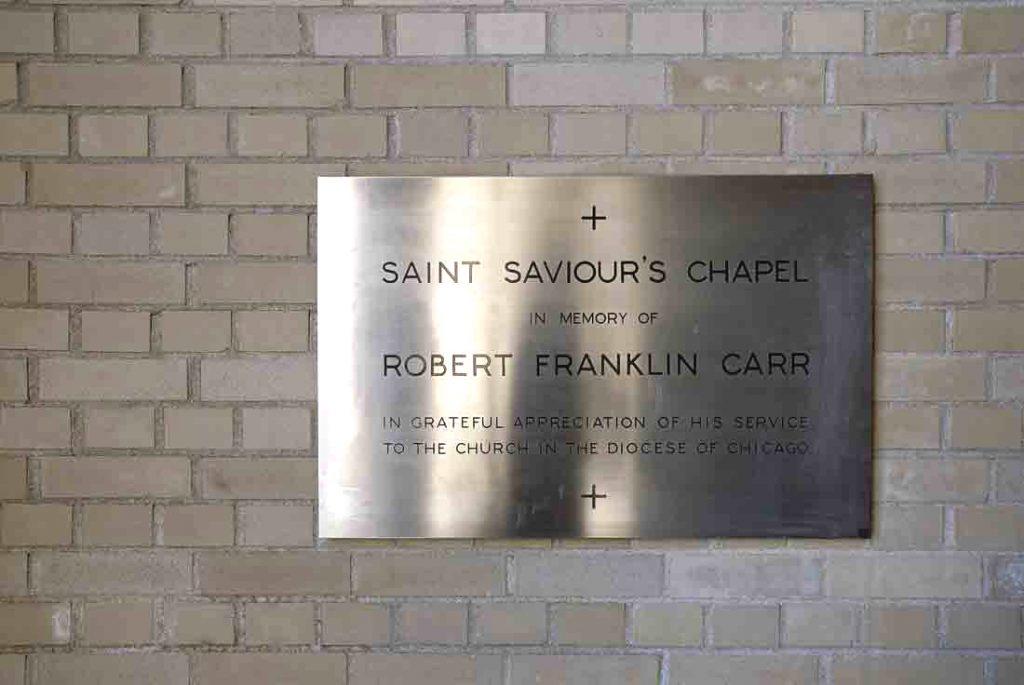 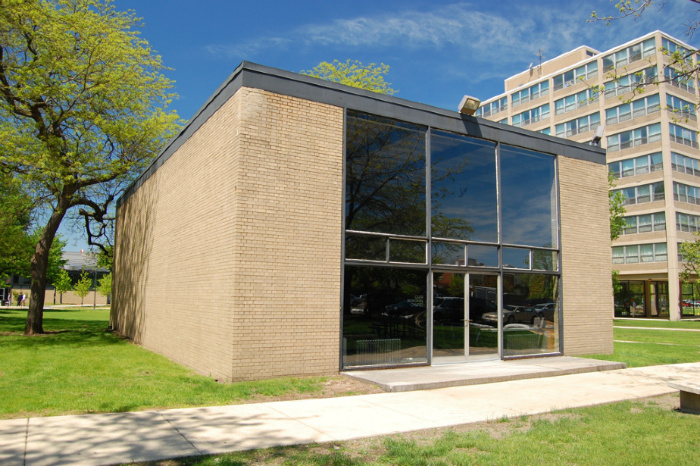 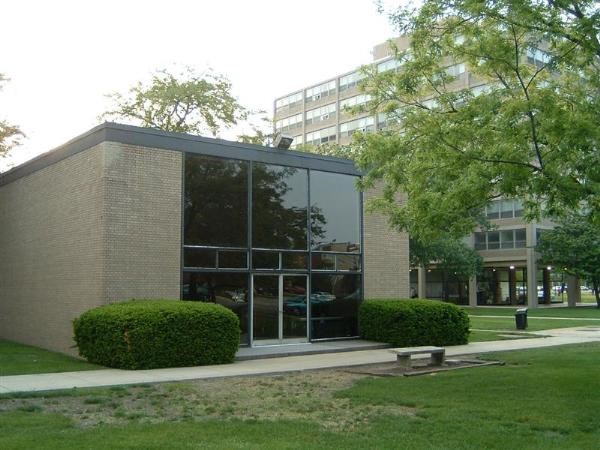 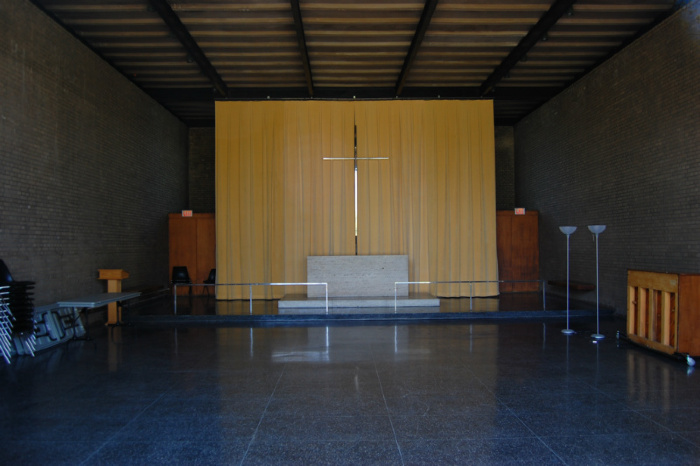 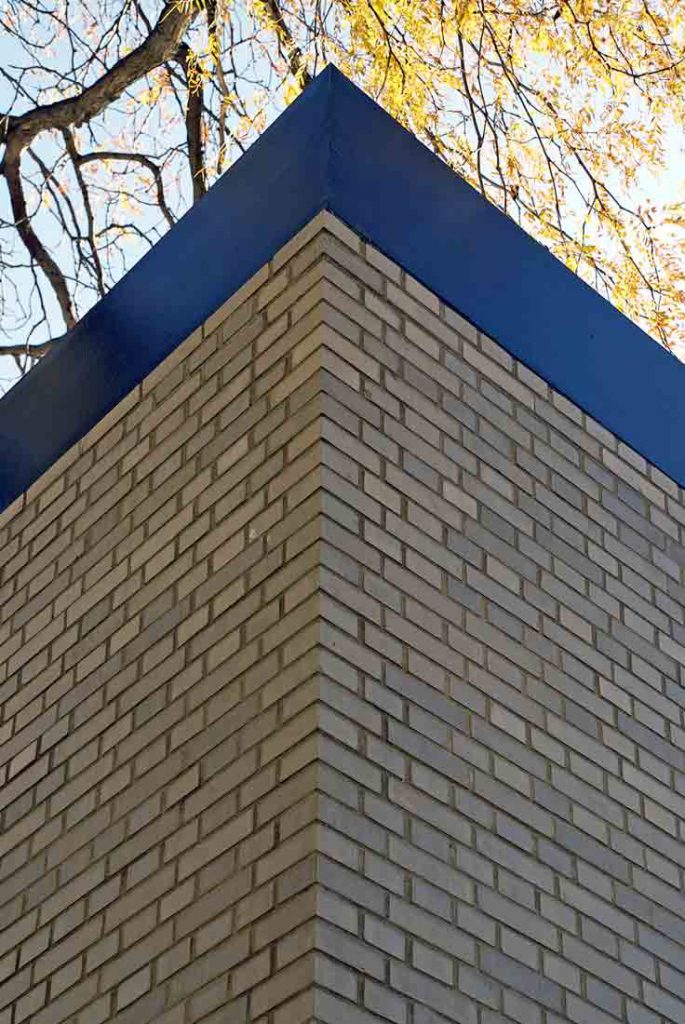 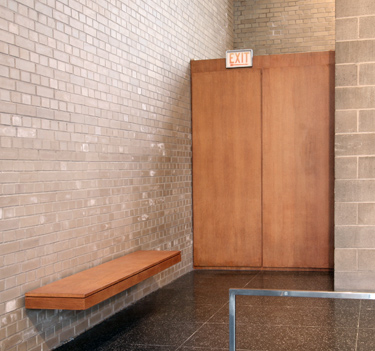 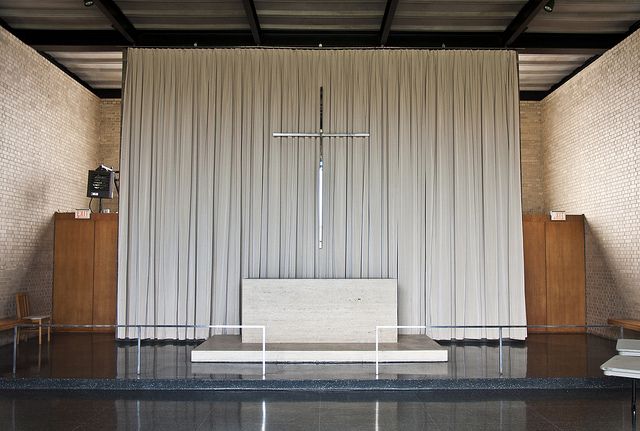 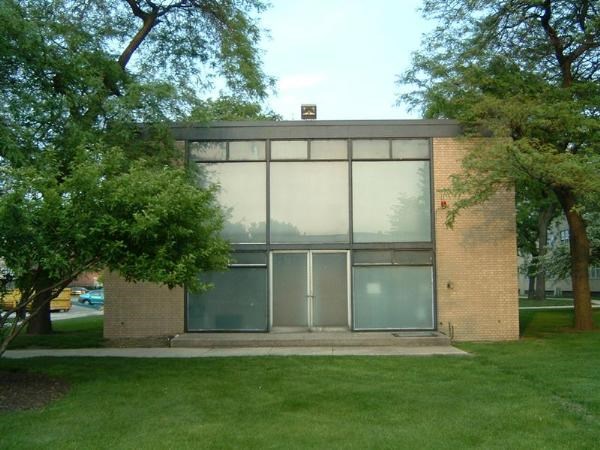 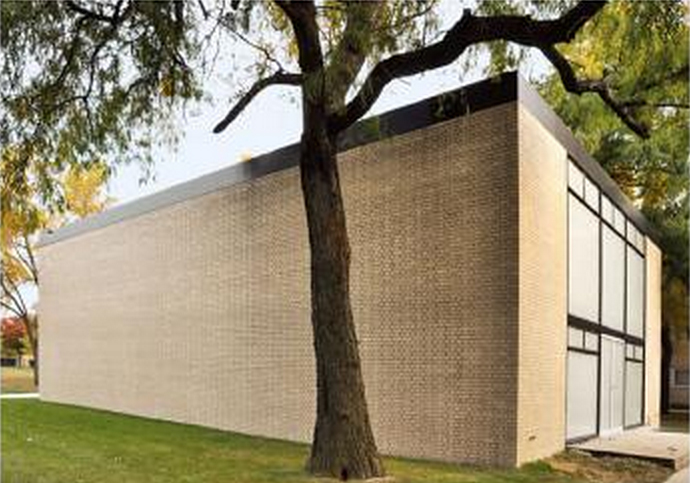 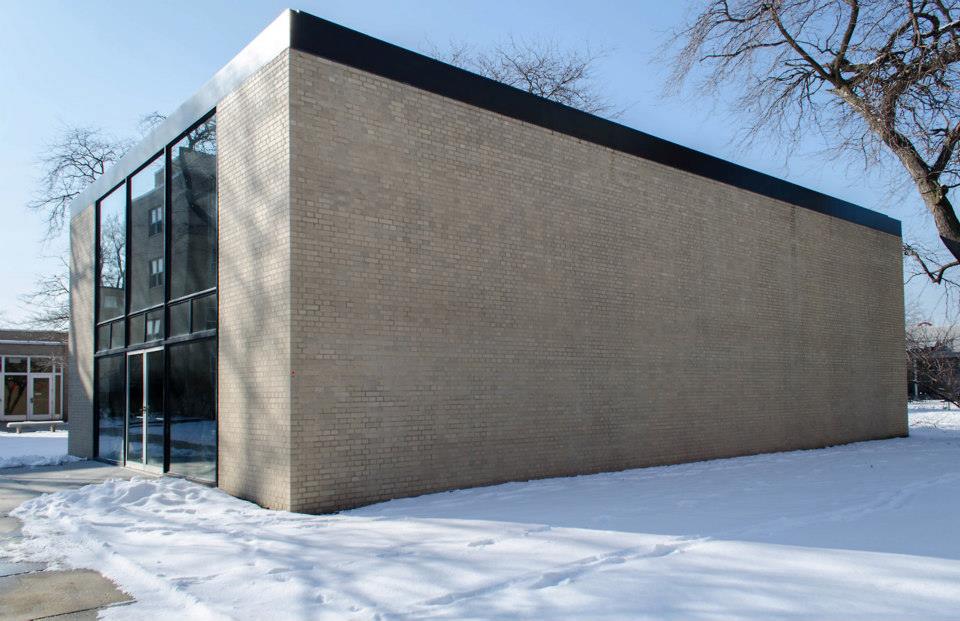 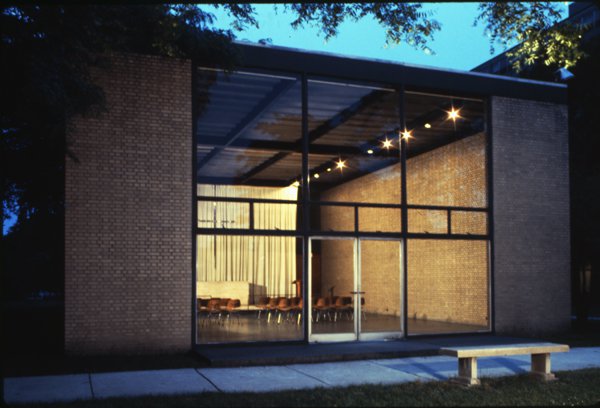 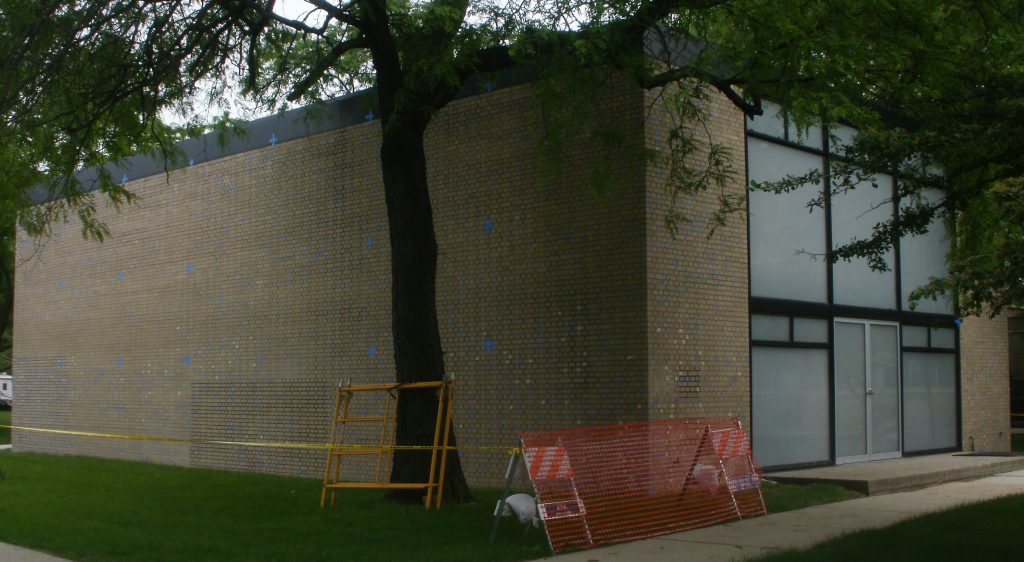