Riga Plaza is one of the largest shopping centers Riga, with a total area of nearly 90,000 sqm dedicated 49,000 m² to retail spaces and houses around 140 shops, a large supermarket, 3 cinemas and an area of leisure. Its construction, design ARHIS arhitekti, was completed in 2009 and is one of the most elegant and best designed shopping centers in Riga, with a modern and stylish interior.

The place was built the shopping center located on the left bank of the Daugava river on one of the main streets of the city of Riga, 71 Mukusalas Street, the capital and largest city of Latvia. Flat land where the volume built on two floors in the form of sharp angle on the north-northeast sector rose.

The project idea was to integrate the functional requirements of a 2-storey shopping center with a dynamic, long and flexible facade.
The “active” surface of the facade responds to a dynamic environment, created by the Salu Tilts Bridge and the nodule transport network of the city, allowing it to be easily identified from different points, even at a distance.
The Daugava River, which extends throughout the country as a long ribbon, inspired the architects to create the sinuous shape of the facades, in addition to the relationship of the tapes used for making belts traditional costumes from the country.

The building fulfills the functions of shopping and leisure complex, offering supermarket, movie theaters, arcades and commercial areas of different sizes. The spatial proposal for this building is a large volume, almost 90,000m2, on two levels with horizontal deck which has a facade that is emerging as a dynamic and sinuous ribbon.

The center has 3 levels of covered parking with capacity for 1471 vehicles.
Visitor parking lots are located at ground level on the south-west side of the building and communicate directly with the Mall.

The main entrances to the center are located in three significant points in the building: on the corner of the building that faces the main street, at the corner where the driveway from the outside and in the area of ​​the building that is close to several parking floors. The main access from the outside are indicated as active elements with decorative flag poles, billboards, parking lots for bicycles, banks, taxis and special parking places for people with disabilities. It has been recovered as a green area around the environment.

The volume has been distributed on two floors with a roof and facade horizontal bent similar to a dynamic ribbon.
The active image of the facade expresses the active nature of the place. Dynamic is reinforced by using metal clusters of different colors. The shape of the cover has the specific function as easily be perceived from points distant views.
The parking, with reinforced concrete walls, form a body of 3 levels.

The facade is made basically as a single architectural piece based on the idea tapes belts used in national costumes. The whole shape of the facade accompanies the building with a similar composition, rising in places where the three main entrances to the center are located.

The dynamic character of the building is accentuated by the use of multicolored metal sheets on the facade. Selected colors – gray, white, light blue and black – motives come from native costume.

The finish of the facade is made of dense and perforated panels multi-colored cassette which increases the dynamic construction in general type. When darkness falls this dynamic is enhanced by the lights placed on the back to accentuate the sinuous lines of the facade.

The entrance doors are built into the facade of sliding and revolving glass.

In the public area of ​​the mall soils they have been resolved with slabs of natural and artificial stone that follow a certain pattern. The ceilings create a special atmosphere with a delicate overhead light that envelops the whole.

The various commercial offerings are presented within structures of steel and glass, as well as access to the stairs. 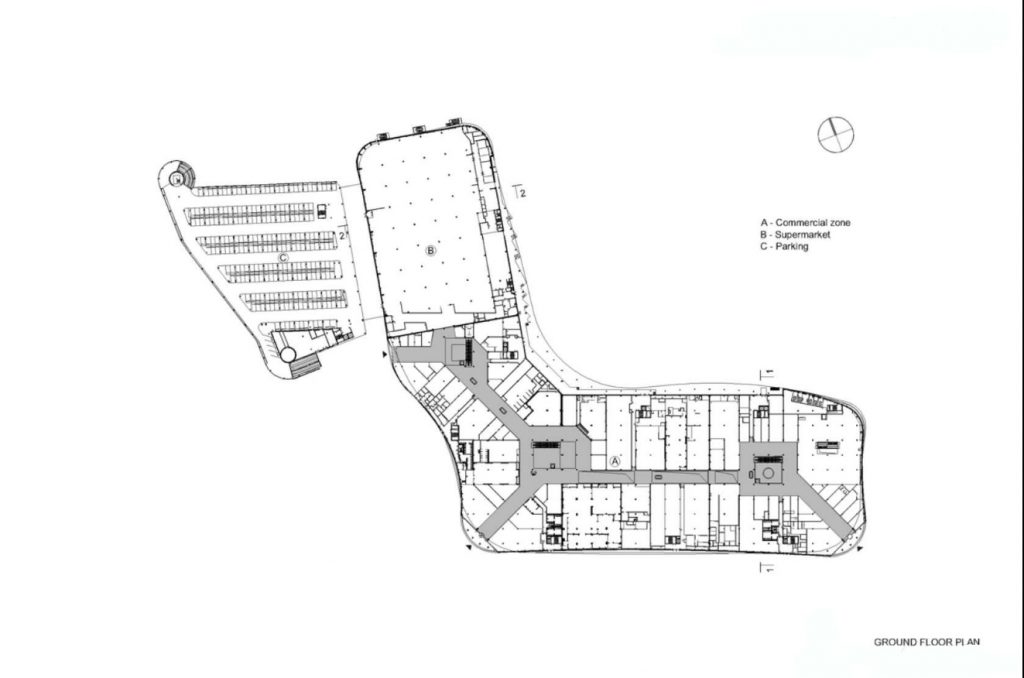 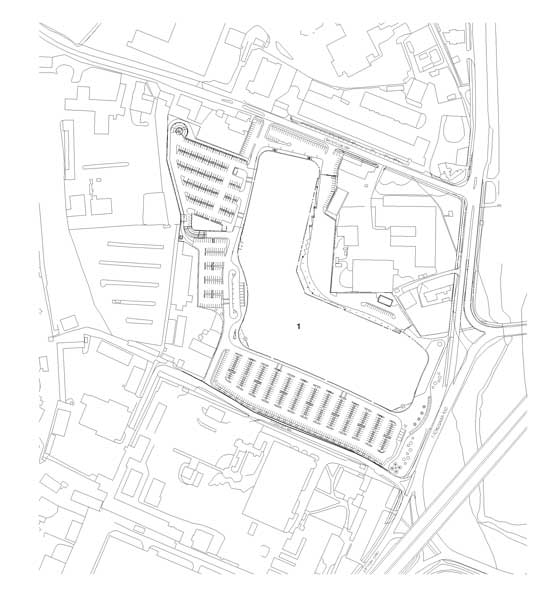 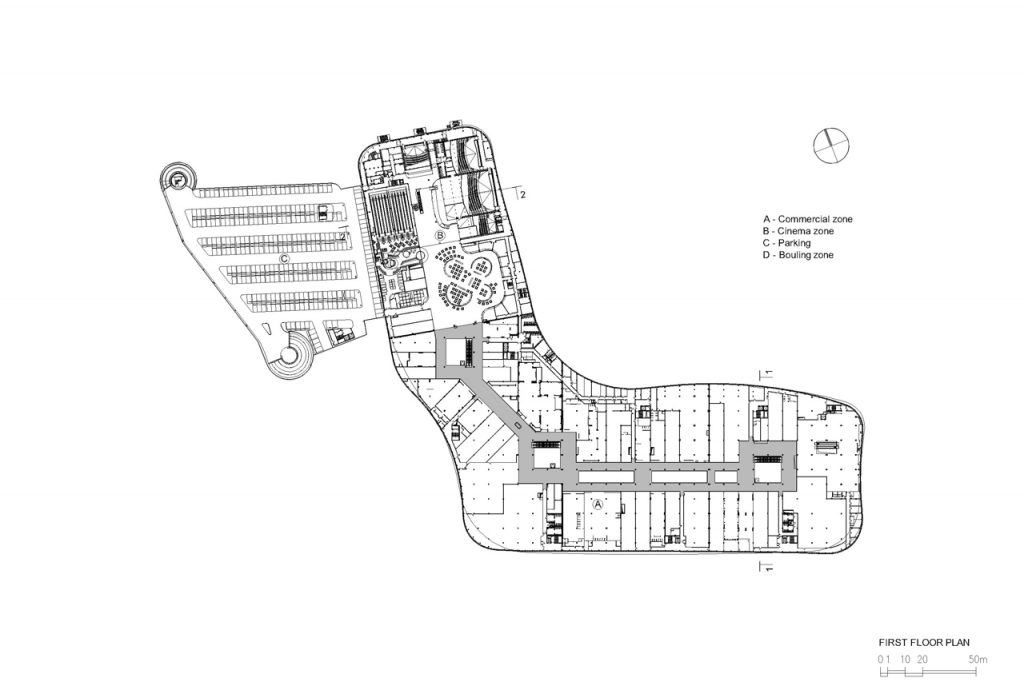 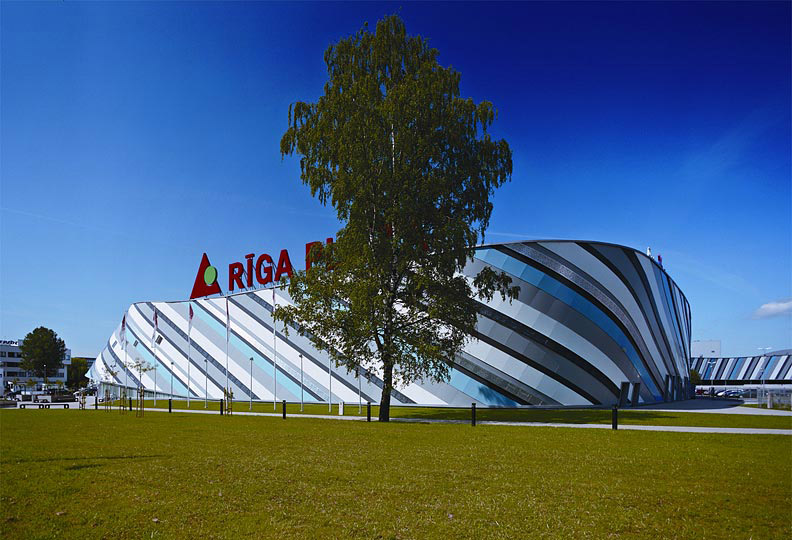 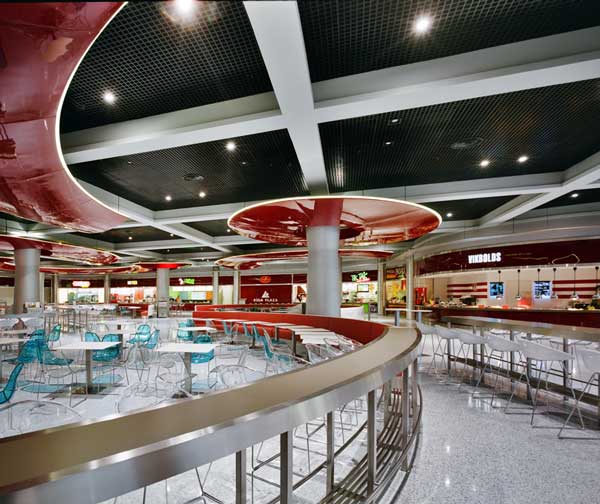 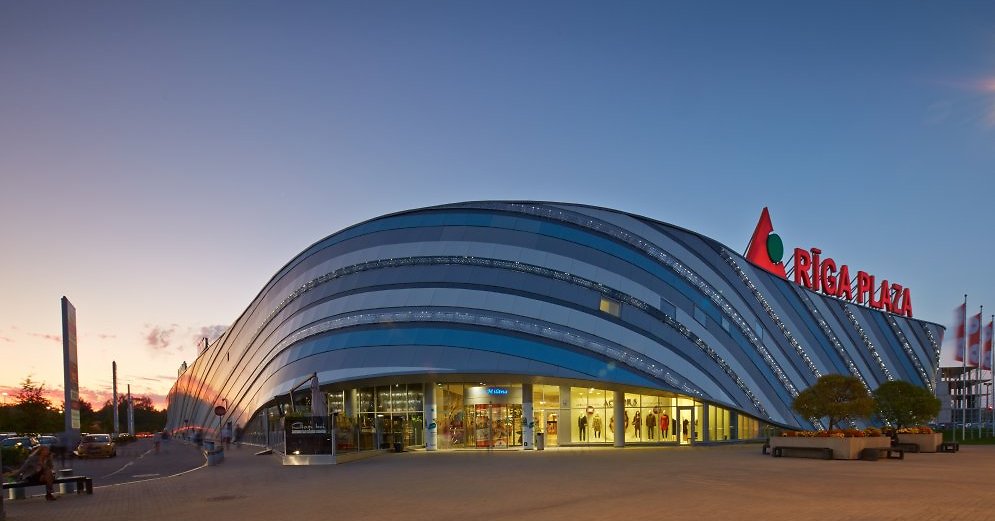 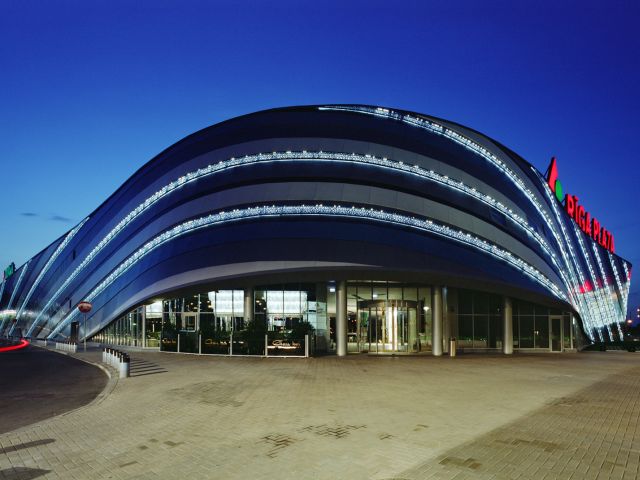 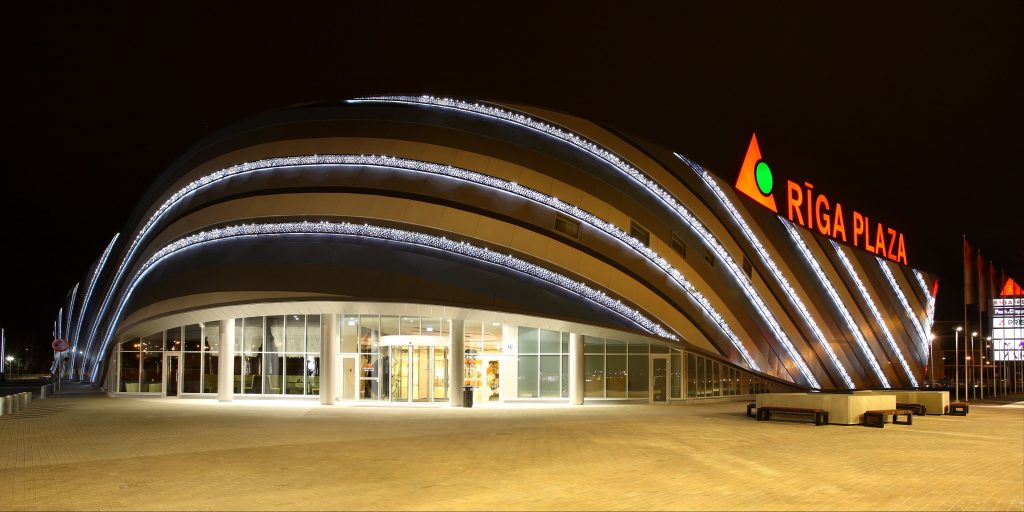 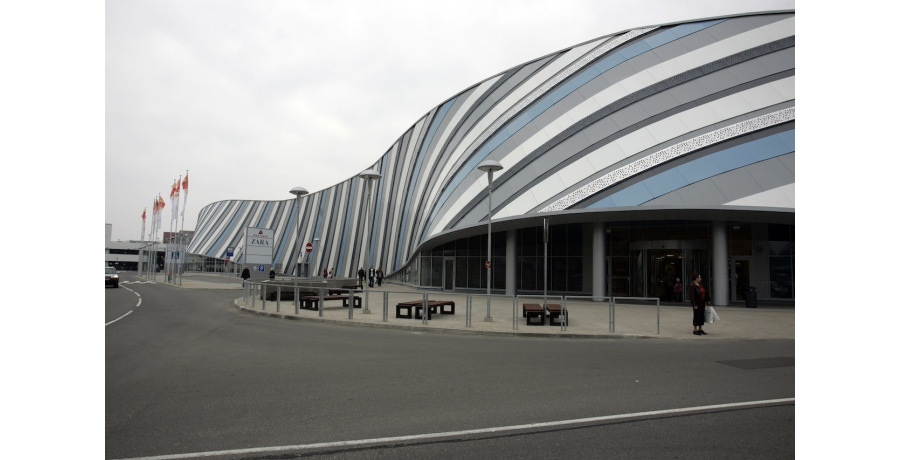 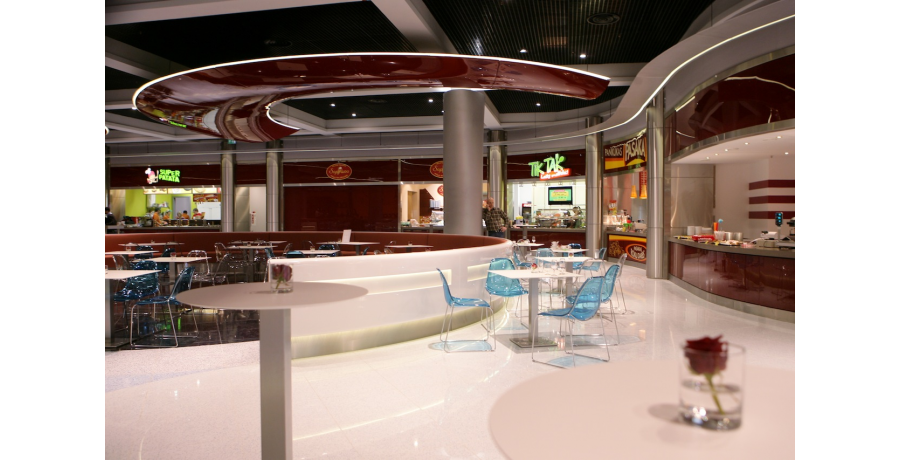 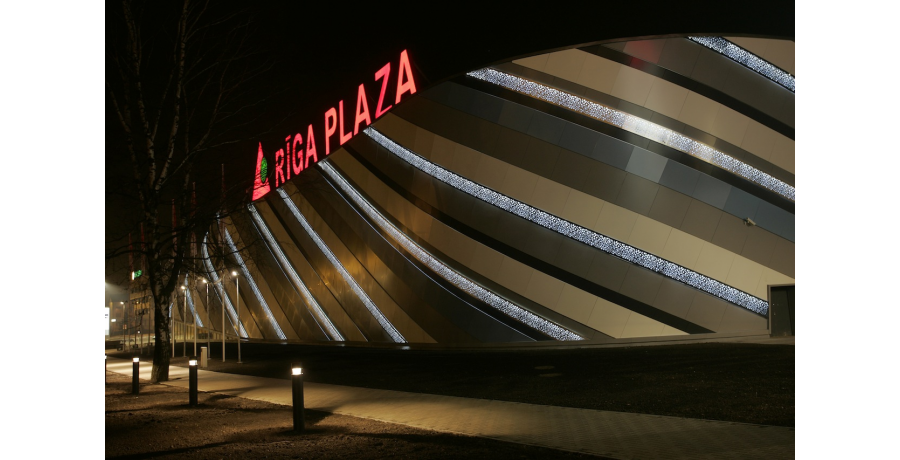