It is the first work that Mies van der Rohe won in his architectural career.
He got the job to be recommended by a companion study where Bruno Paul then worked.

The professor of philosophy Alois Riehl and his wife Sophie had intended to build a house for weekend and holidays in Neubabelsberg, a new suburb of Potsdam. The couple did not want to hire any architect already established but instead preferred to favor a beginner with talent.

In an interview in the sixties, that Mies had during the completion of the project had rejected the support they had offered him the time his boss Bruno Paul. In addition Sophie Riehl added that he had been sent to Italy on study tour to enable it to cope with the task “more mature”.

The house is still the predominant taste of his time in a simple and practical style with references to the architecture of residences of the early nineteenth century.

As for the architecture of the garden, Mies addressed the news-driven Muthesius understand these as an “architecture for outdoor spaces.” The land is divided into an upper garden with various spaces located in symmetrical fashion and a landscaped garden, something larger at the bottom.

A huge wall of containment creates a higher level for the gardens and at the same time, forms a platform on which the house seems to rest, and accentuating the contrast between the gardens lined up at the top and the vegetation of the slope of the bottom.

The interior of the house is distributed around a central hall, whose artesones plywood reminiscent of the interior decoration of Bruno Paul who despite having been rejected for collaborating in the project seems as if the couple ended up influencing even as Mies only in small details.

In the basement, which opens to the landscaped garden by the front that shares the containment wall, the kitchen was located and the study while on the first floor we found the bedroom.

The house has two gardens. The first at the top which is in turn subdivided into small garden spaces to remind the French gardens of the early nineteenth century. The second in the bottom of the terrain and a bit bigger of a nature more “wild” vegetation with larger and more neglected.

From the loggia of the house, crowned by the frontispiece, is enjoying a wonderful view of the landscaped garden and the nearby lake Griebnitz. 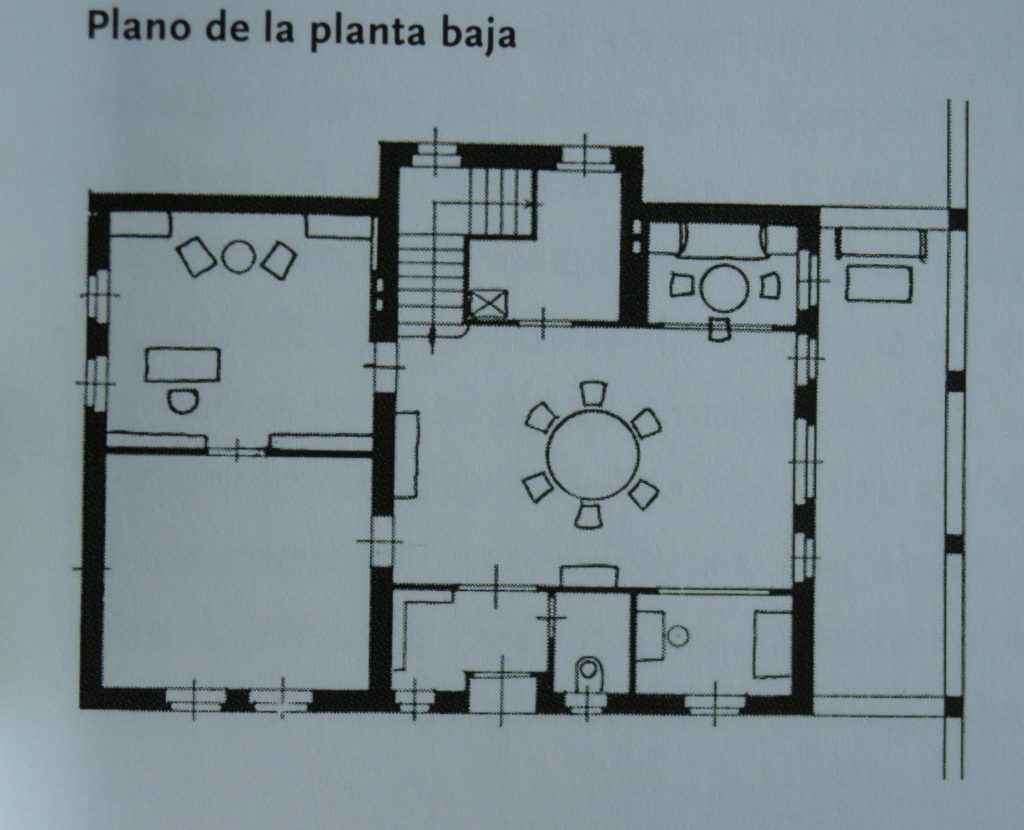 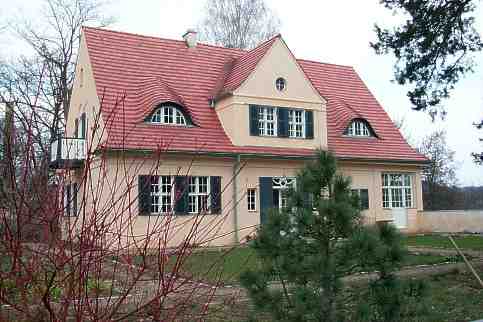 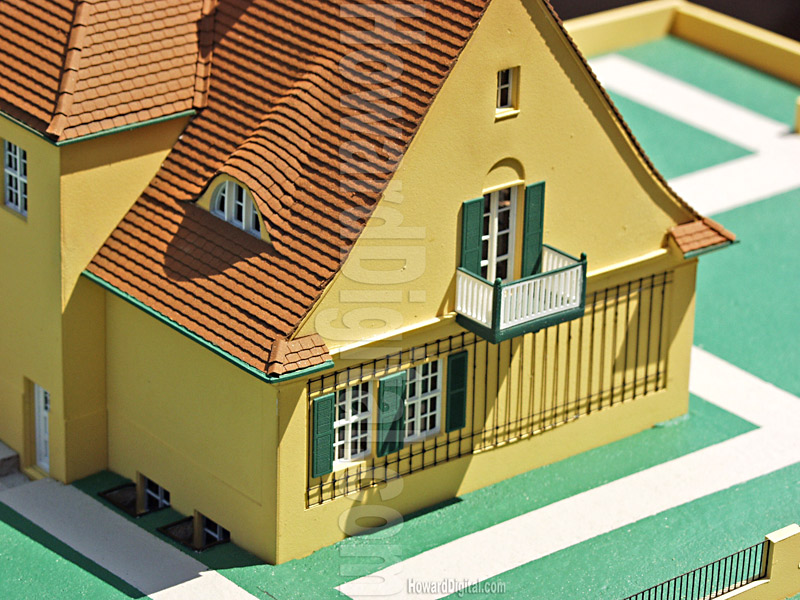 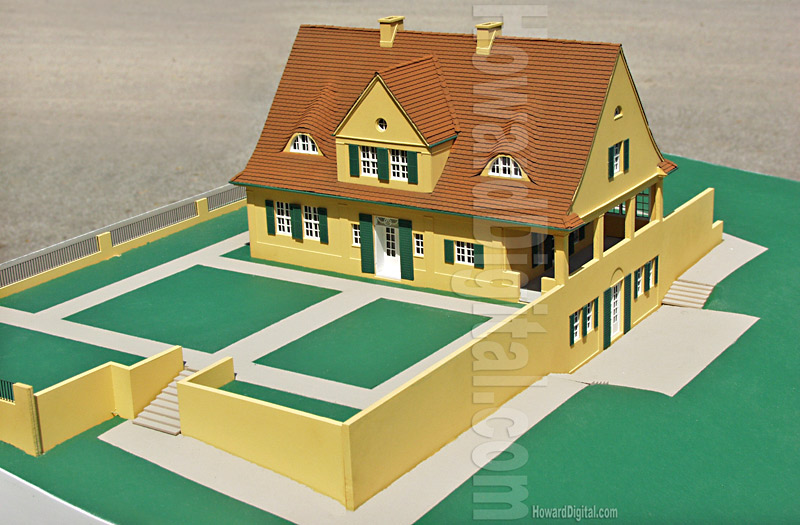 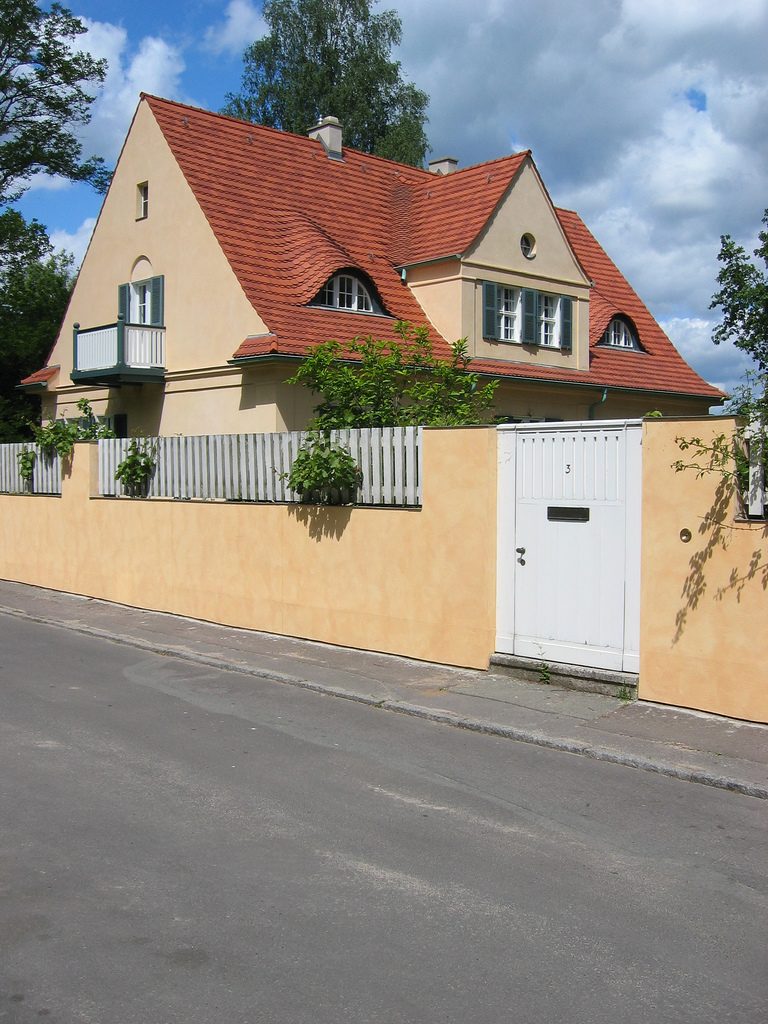 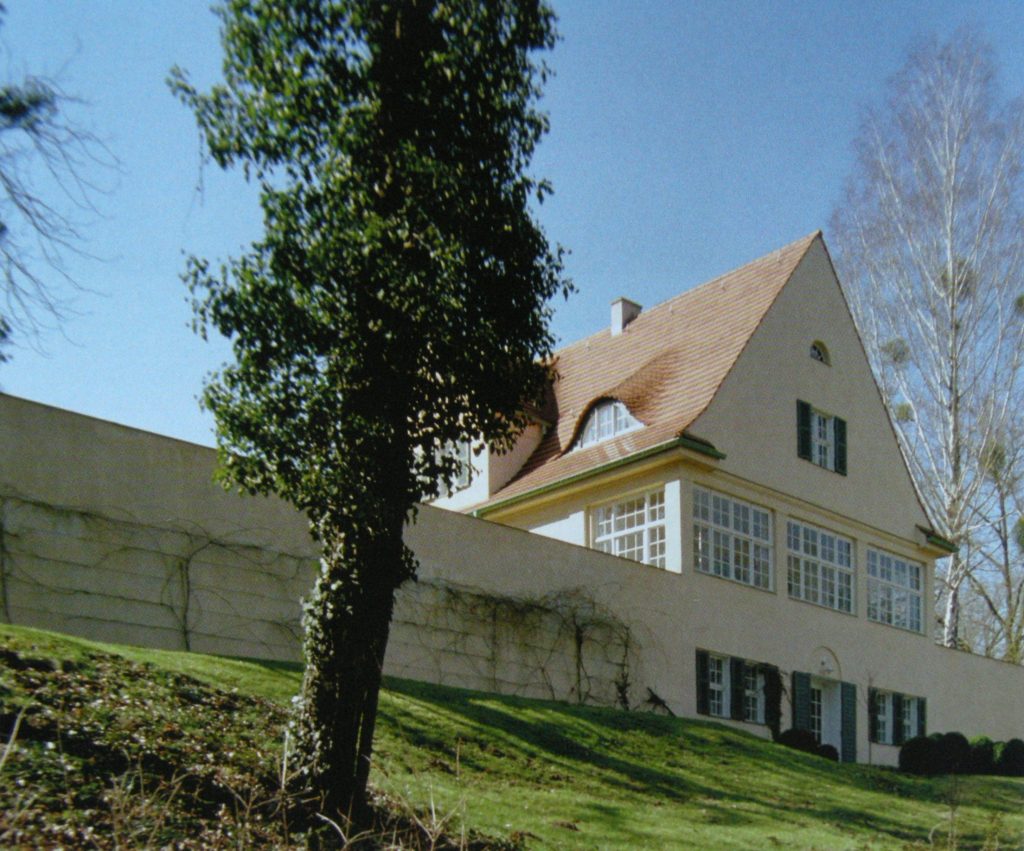