The group GMP Architekten designed this small villa apartments in the city of Eberswalde, in 1995.

The owners of the building, built work in order to establish your home that is located at the upper levels, and devote the rest to hire departments.

Eberswalde is located in a major city and the administrative headquarters of the district of Barnim in the Land of Brandenburg, about 50 kilometers northeast of Berlin. The city is often called Waldstadt (Forest City), due to the large forests around it, including the Biosphere Reserve Schorfheide-Chorin. Despite this fact, Eberswalde was an important industrial center until German reunification.

The land on which the residential complex is implanted, presents a steep slope leading down to the street. The volume is exempt, with four free faces.

The design of these houses is based on the typology of existing houses in the neighborhood, transforming them into a new design language.

The set consists of a volume which houses all departments, taking advantage of the sloping site.

The top floor is occupied by the department to be in duplex, which is covered by a curved roof and sides glazed, highlighting in the set.

Taking advantage of the sloping site staggered, the residential complex has three levels to the garden shed and four to the side of the street.

The two highest levels are occupied by a duplex, while in the other levels are placed three departments.

All units are directly accessible by independent external stairs. From an outside perspective, highlights the great domed roof that covers the living room upstairs in full.

In the composition of facades, both in front of the building have a more open and transparent configuration compared to side elevations, more opaque, which takes advantage of the uneven ground, to locate some of the stairs that lead to the various departments hire. The facade that faces the garden, four levels, it exposes the core of stairs and some of the terraces of the apartments, strategically located through the volumetric configuration of the building. However, most attention falls on the glass body, located in the shorter sides, which forms the upper level. This is achieved not only identify the building to their environment, but also achieves higher and natural light on the upper level, which becomes more attractive space of the architectural. 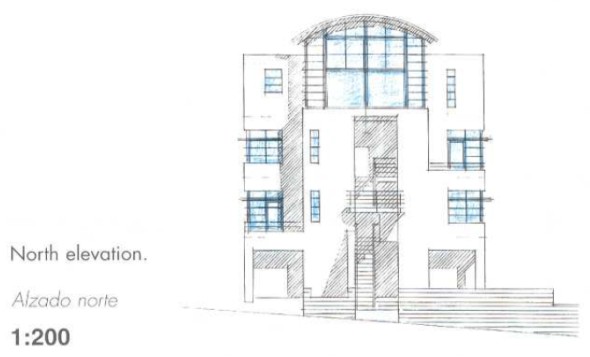 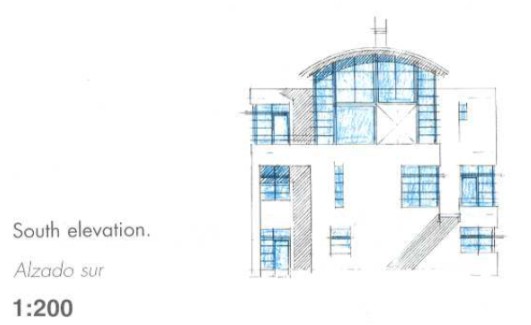 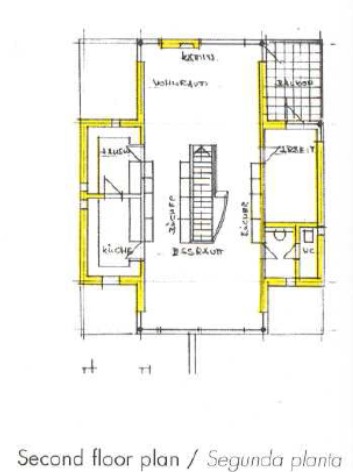 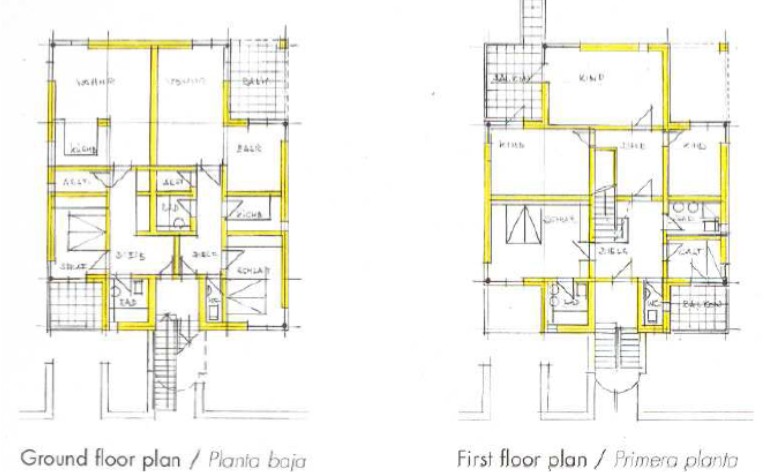 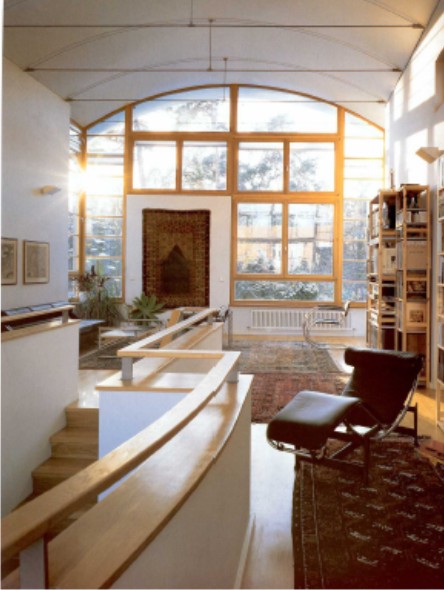 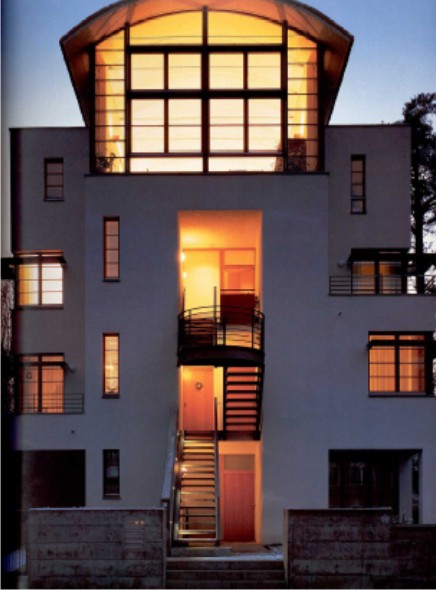 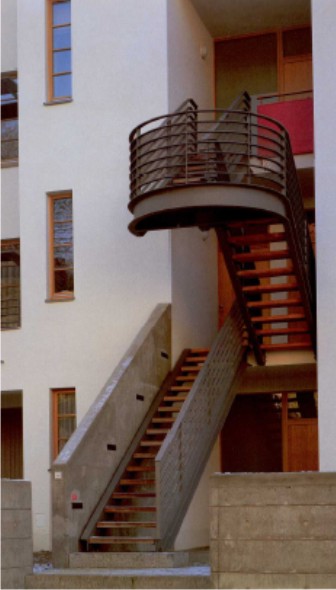 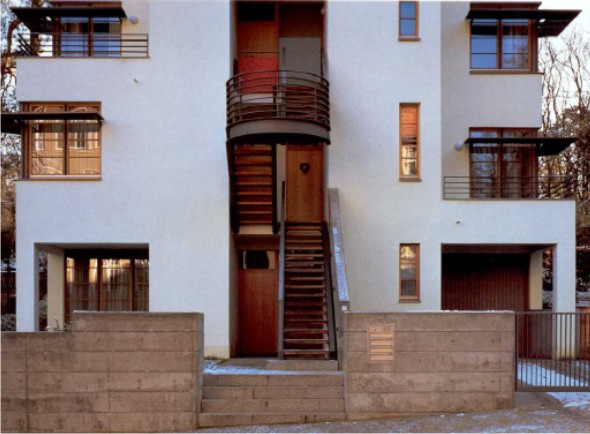 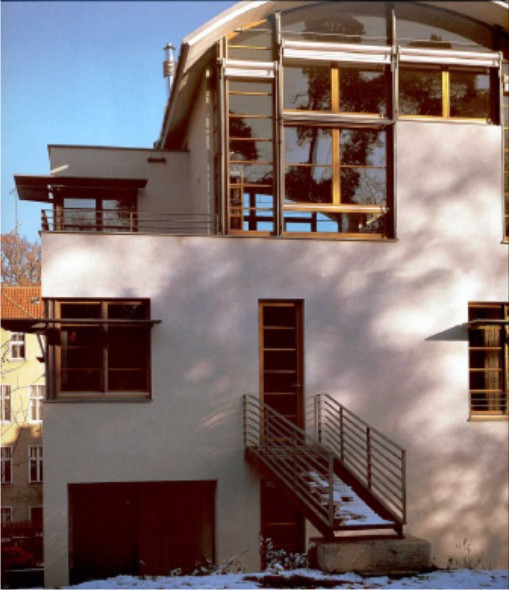 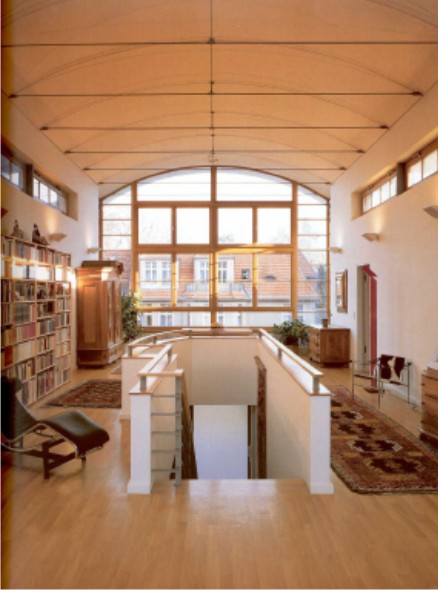