The building was a pioneer in the Republic of a new pole towers “smart” to be armed on the street Bouchard.

One definition would mean that when a building is with an intelligent system that connects all the others, as can be seen upon entering the control room, building intelligent brain: Edintel.

The conduct was in conjunction with the study of Mario Roberto Alvarez & Associates.

The formation of this unique office building, as well as elements of the design of facades reflect the ideas based on the author the site in which the same would be implemented, both in terms of physical architecture.

The property occupies a triangular block in which the confluence of Avenida Madero and Calle Bouchard. These streets are in an acute angle setting a tip onto Tucumán. The building occupies the most profitable part of the triangular block, leaning against the street Lavalle, and configures itself as a convex triangle that dies in a thin edge against Bouchard Street, before it finishes against Avenida Madero. In this way, the finer part of the apple has a garden open to the public, whose level of pavement are rising as we approach the end of the block, setting both in the plant as a sort of bow section. The free air space on the plaza also allows Fortabat Building, located behind, may have on visual Madero, assuming a proper link between the two space buildings

At its top is a helipad.

In the case of the Republic building, the author draws the following plant lines that shape the force-volume resulting in a curve that prevails in the accompanying drawing Avenida Madero, on the other hand, follows the building line of the street Bouchard, finally, in a move that significantly enhances the idea, César Pelli digs a concave curve to enter into dialogue with the Plaza Roma.

Adopts an order of base, shaft and crown, instead of large flat glass mirror uses horizontal lines that evoke the moldings and cornices of the buildings with which it comes to meeting the new building. It appears also that the role of absorbing water horizon is the dominant response of the horizontal view of the tower.

As an office building to be sought greater use of the plant. Develops a central core of the services, the means of lifting and vertical movement.

The division of space within each level is given by the partitions according to the criteria necessary for each company or their respective owner. It is a clear example of International Style architecture, but adapted to new technologies, developing a formal container inside functions not defined.

The structure follows the general concept of the building in search of better utilization of office space. Slabs of concrete of high resistance allows very large lighting columns placed at great distance between them. The core also has a structural function. The outer skin is a curtain wall that allows closure, and visual luminosity.

On the ground floor of an elegant marquee Madero curve triangle evokes growing aluminum and glass to reverse the above, following the high altitude of the basement. Turn on each floor of a sturdy aluminum tube added to the curtain wall reminds modulaje floors of surrounding buildings.

In the last two floors of the tower running balconies evoke the same cornisamento immediately before the building of strong opaque auction, fixed plates of anodized aluminum in white. 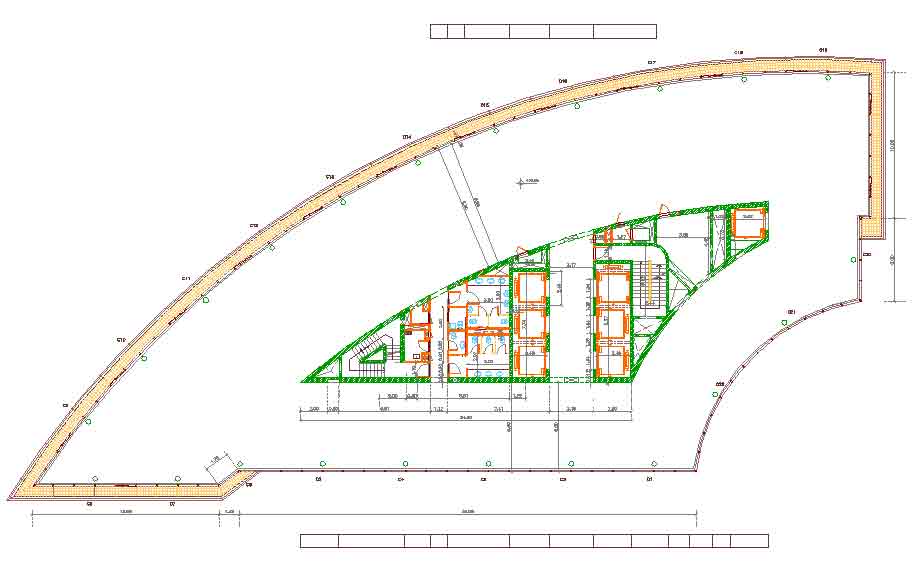 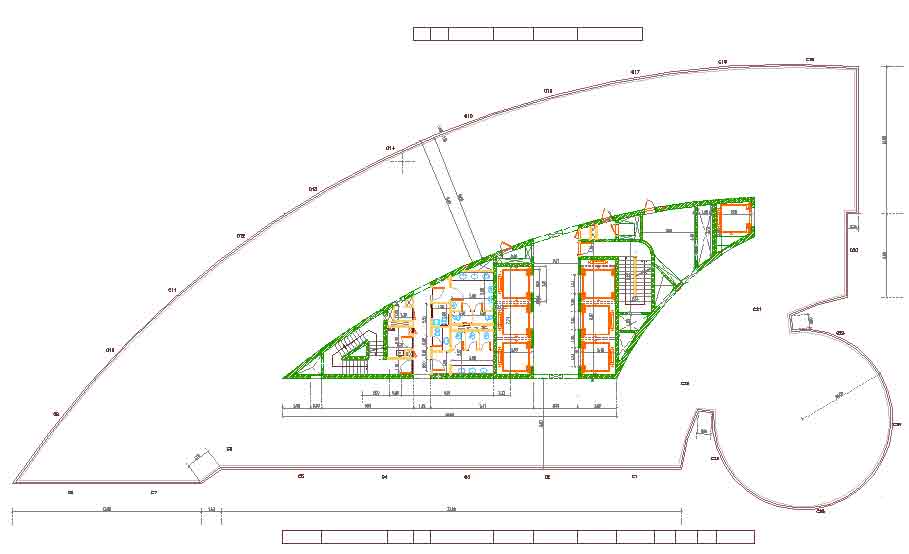 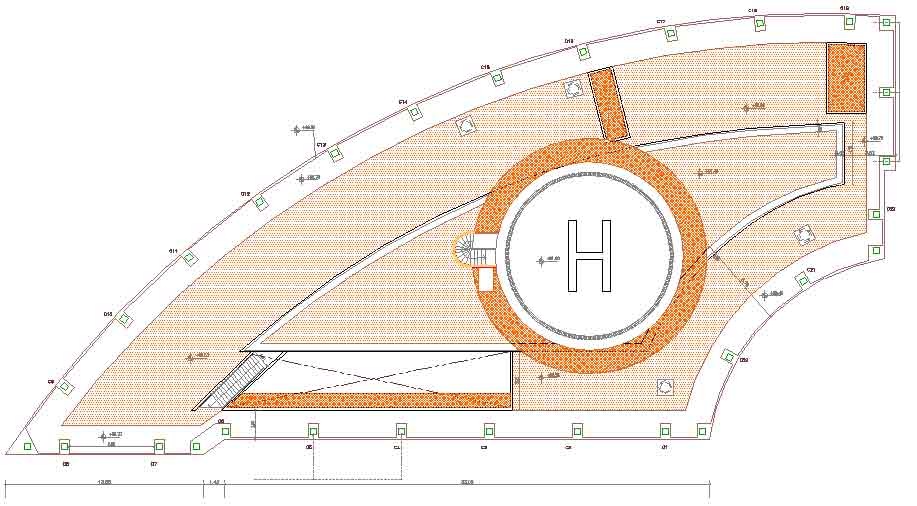 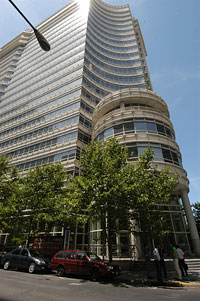 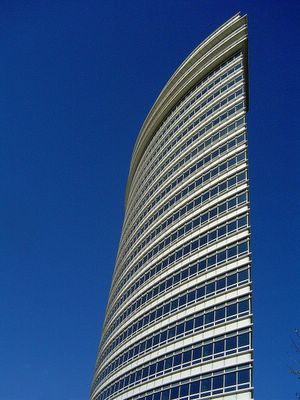 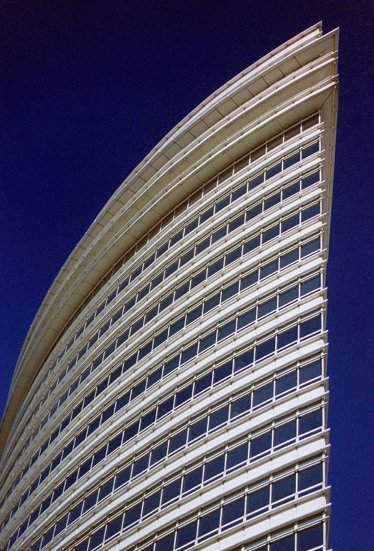 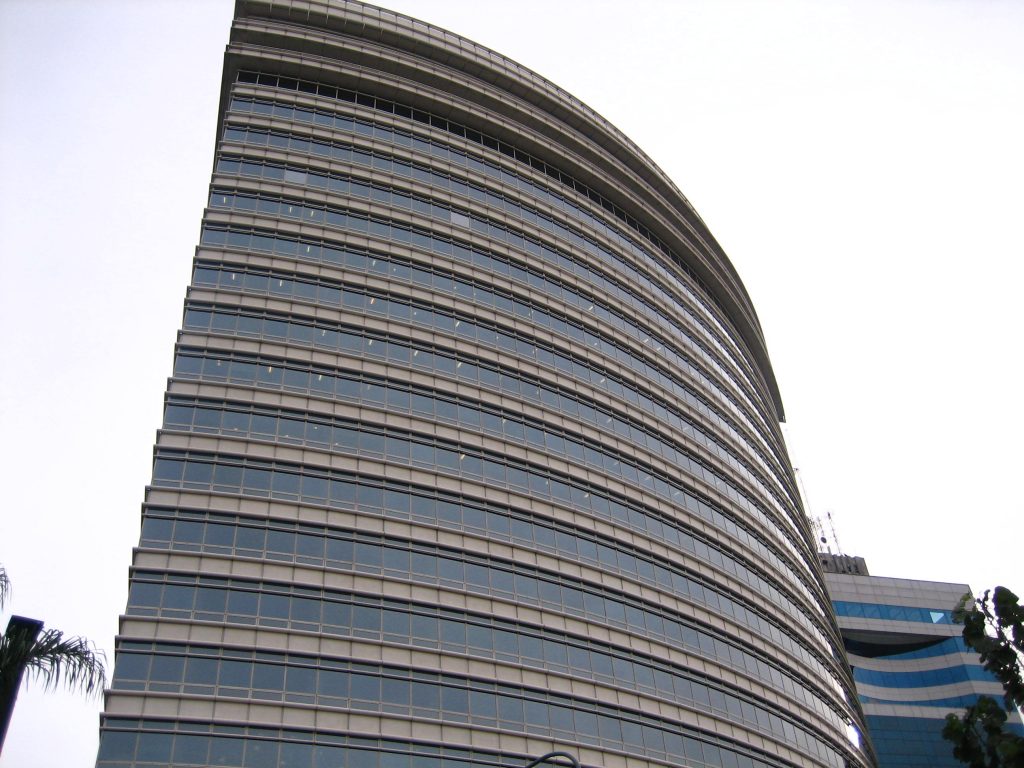 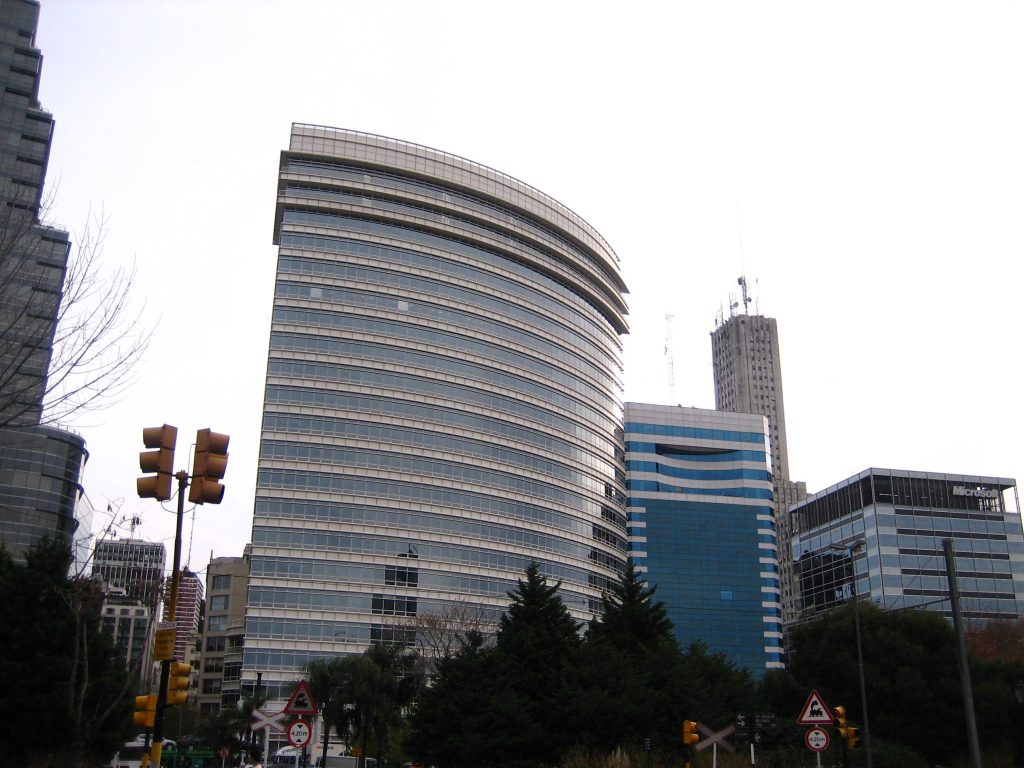 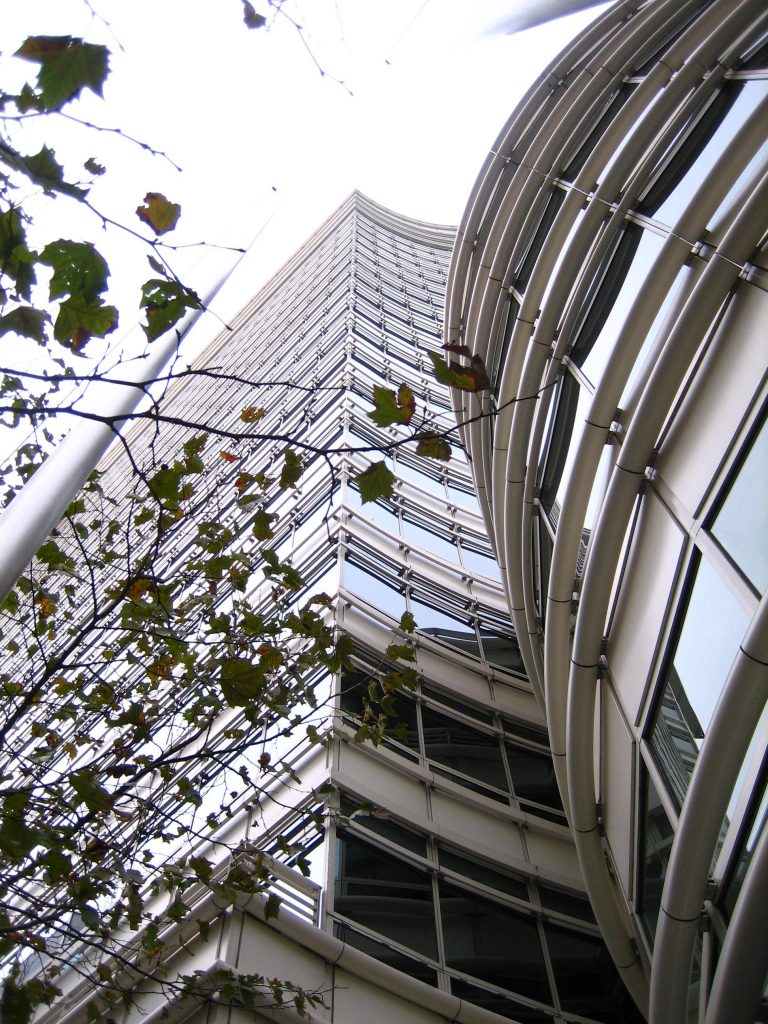 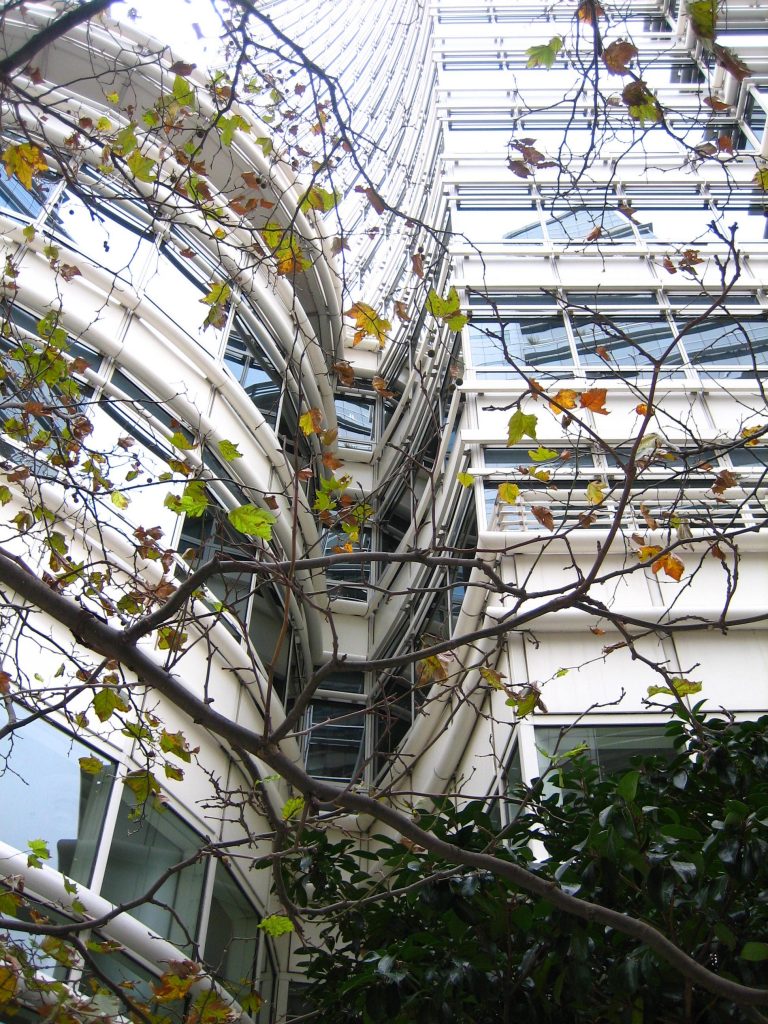 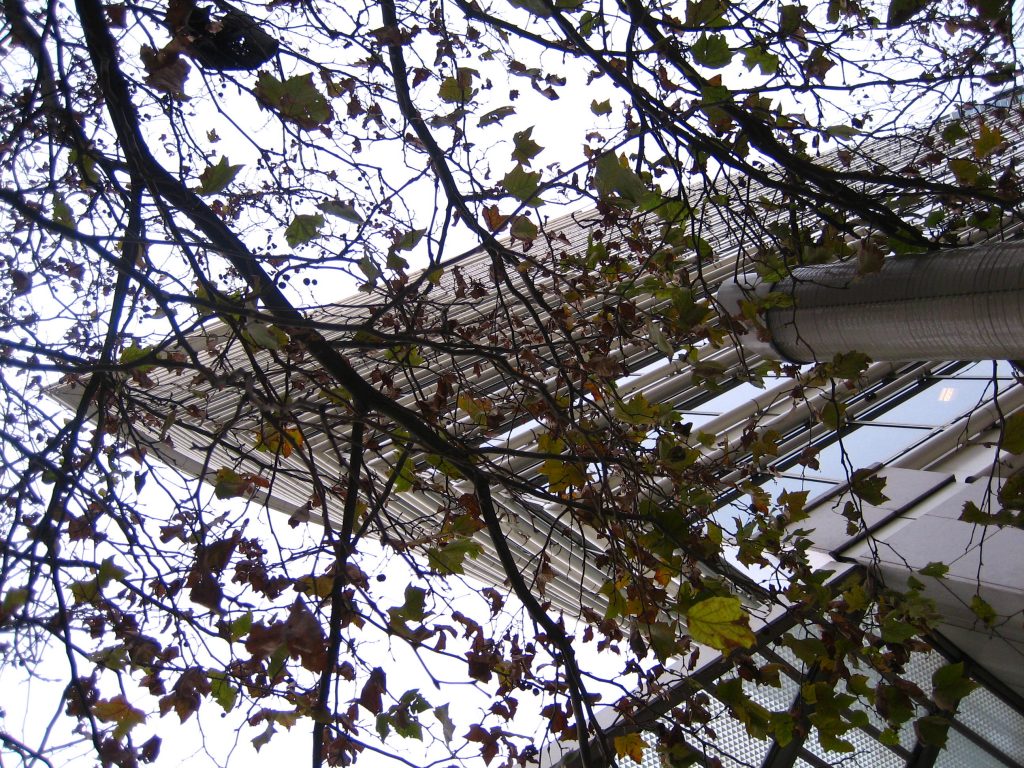 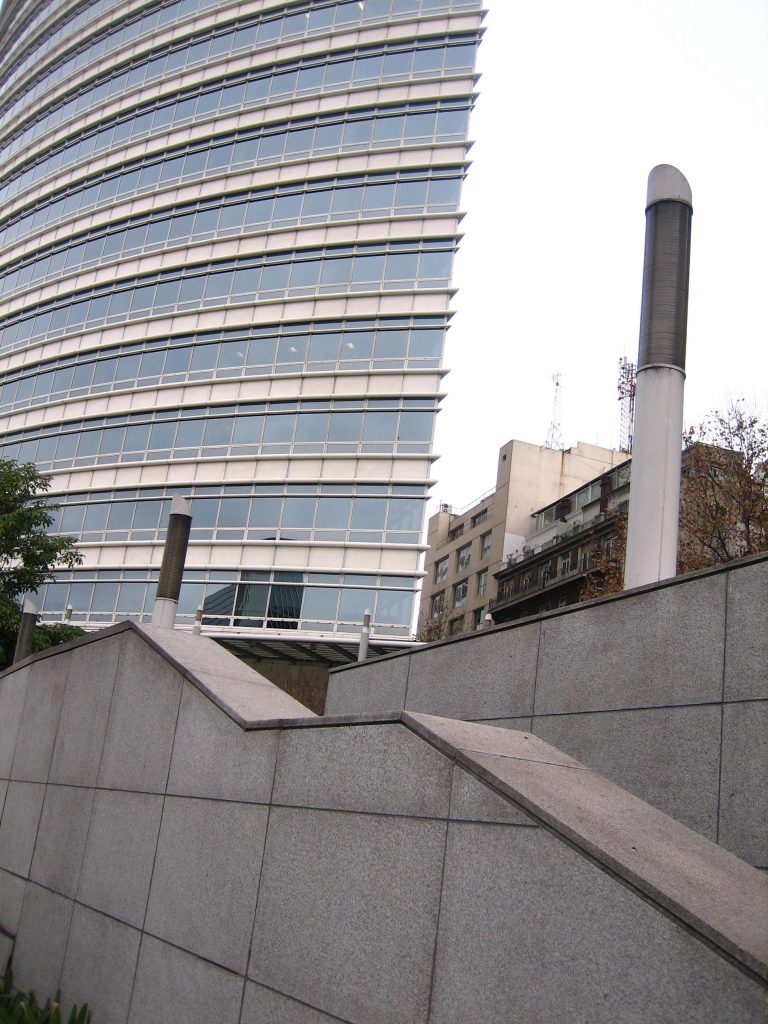 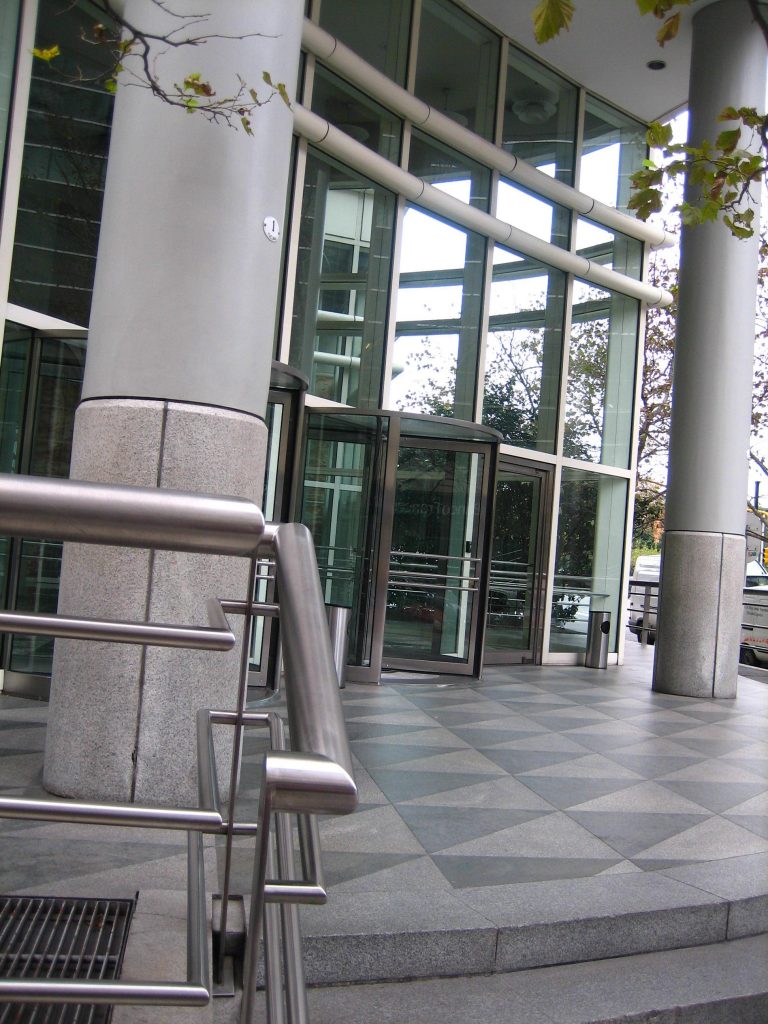 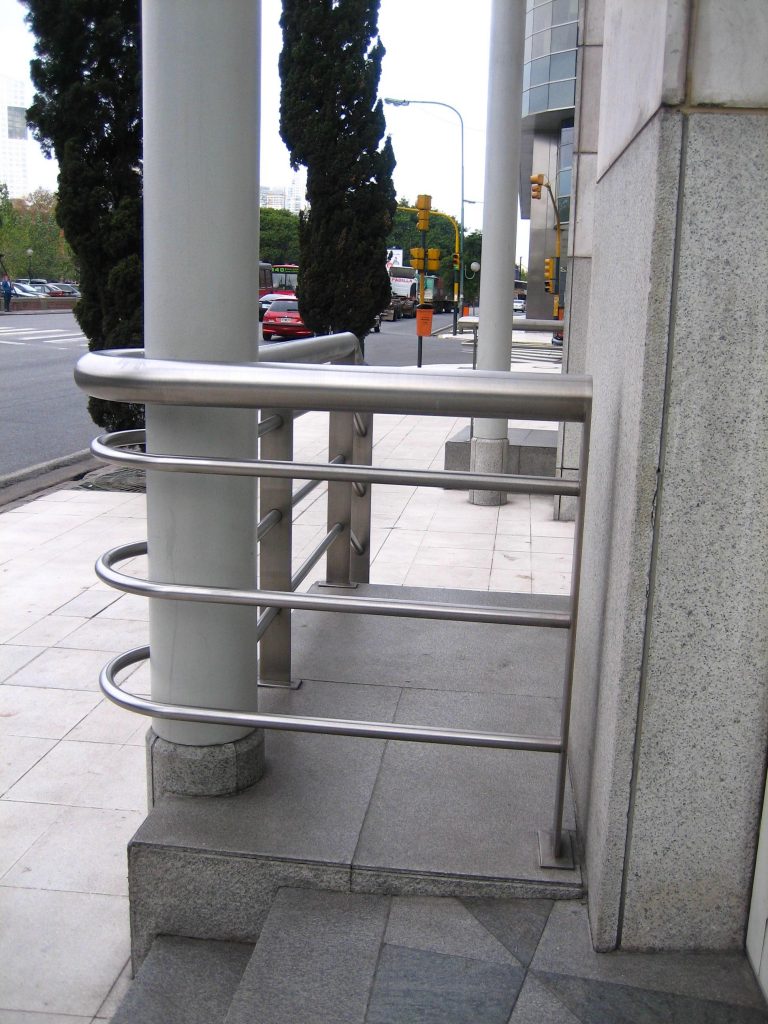 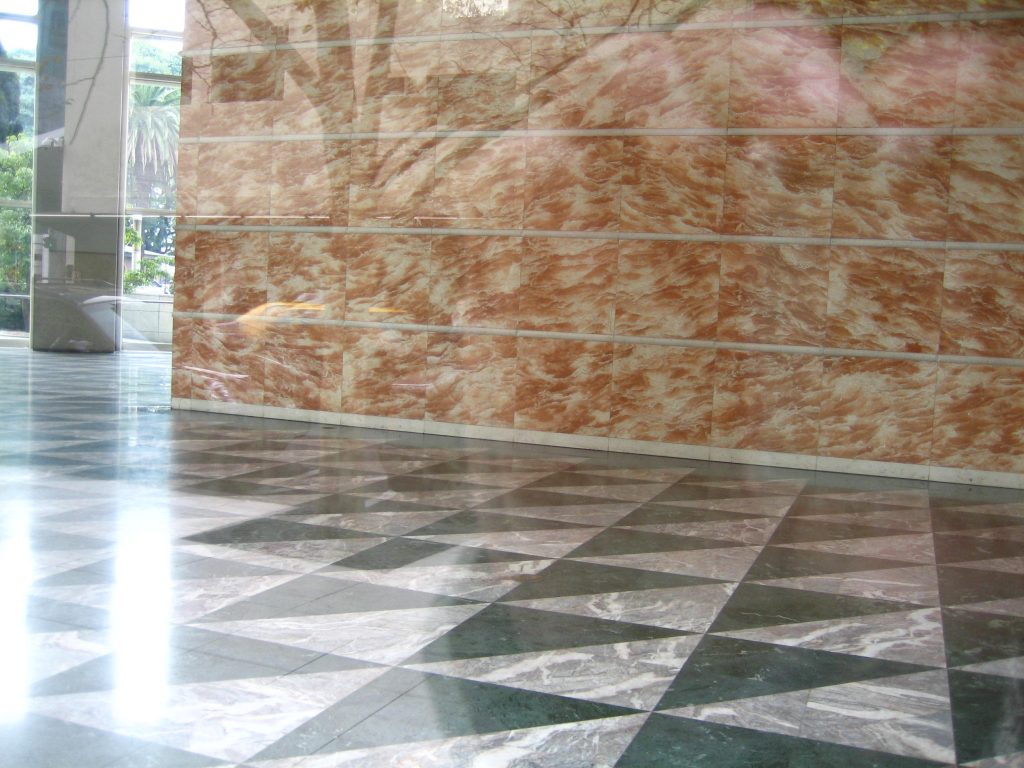 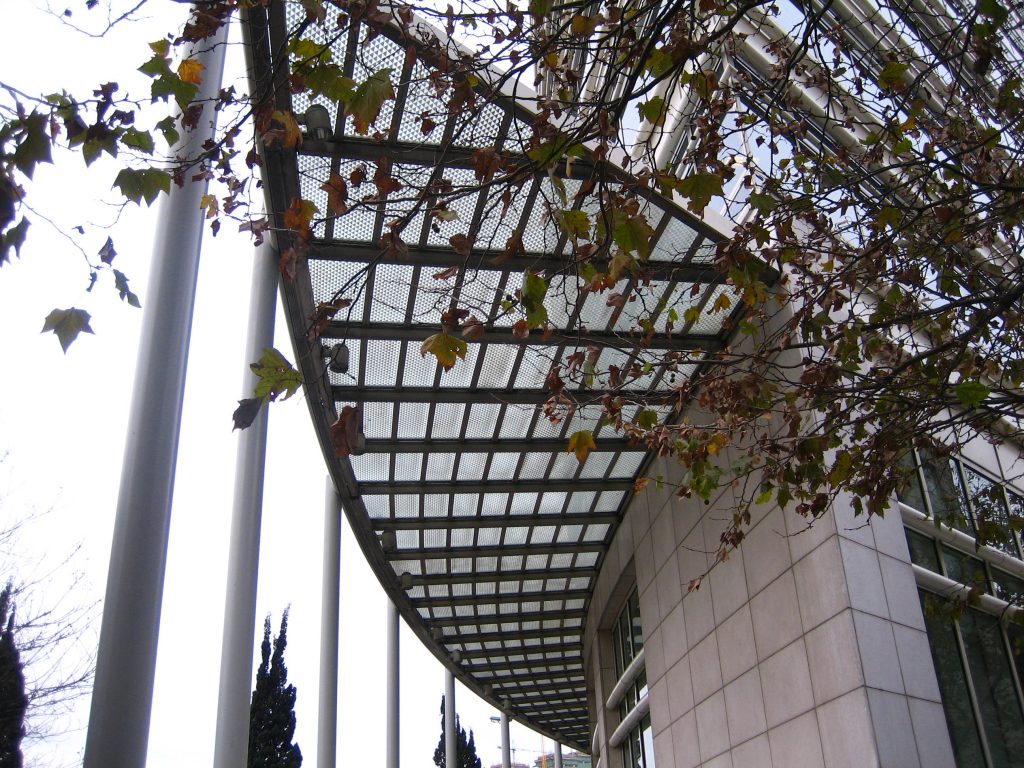 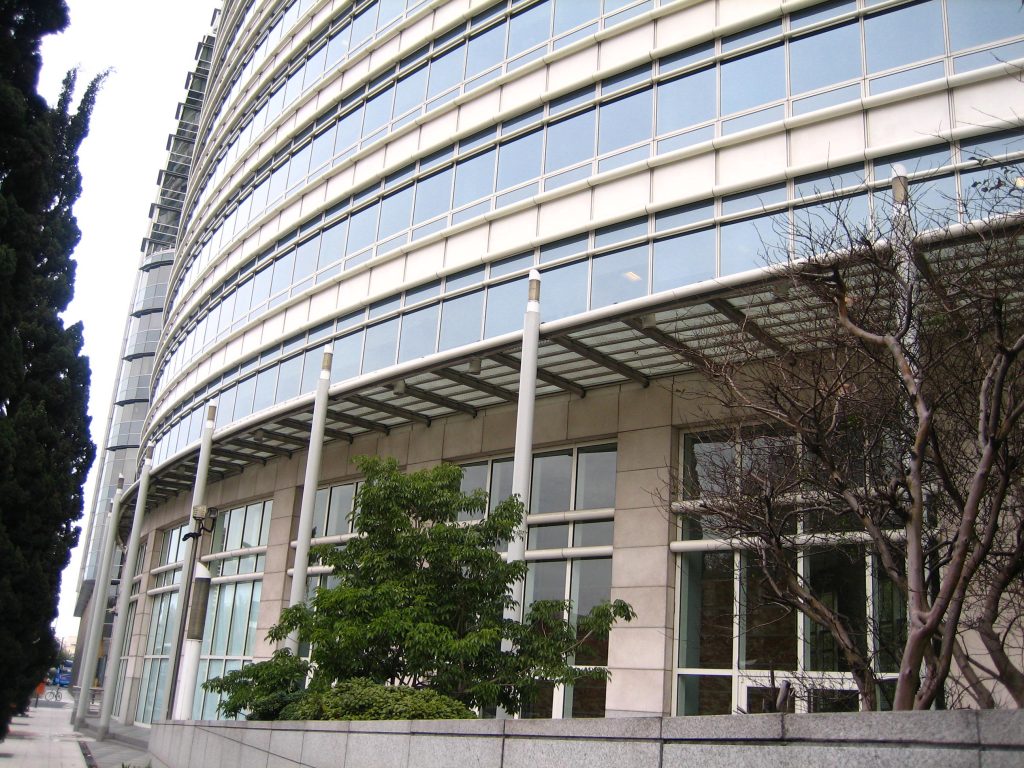 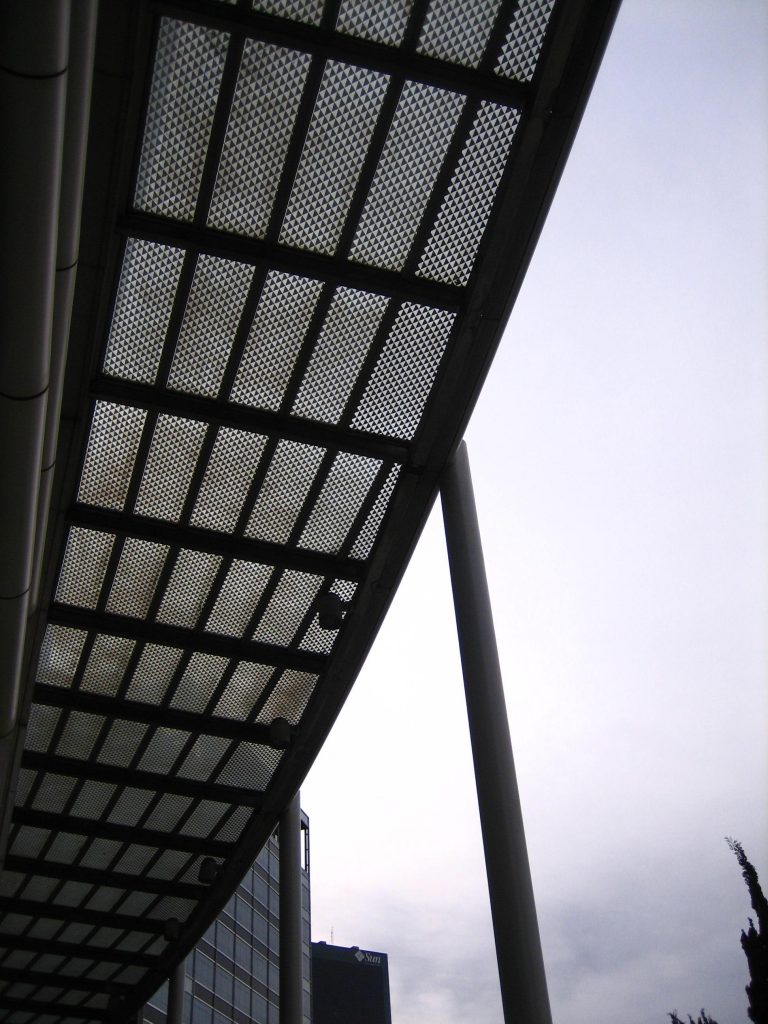 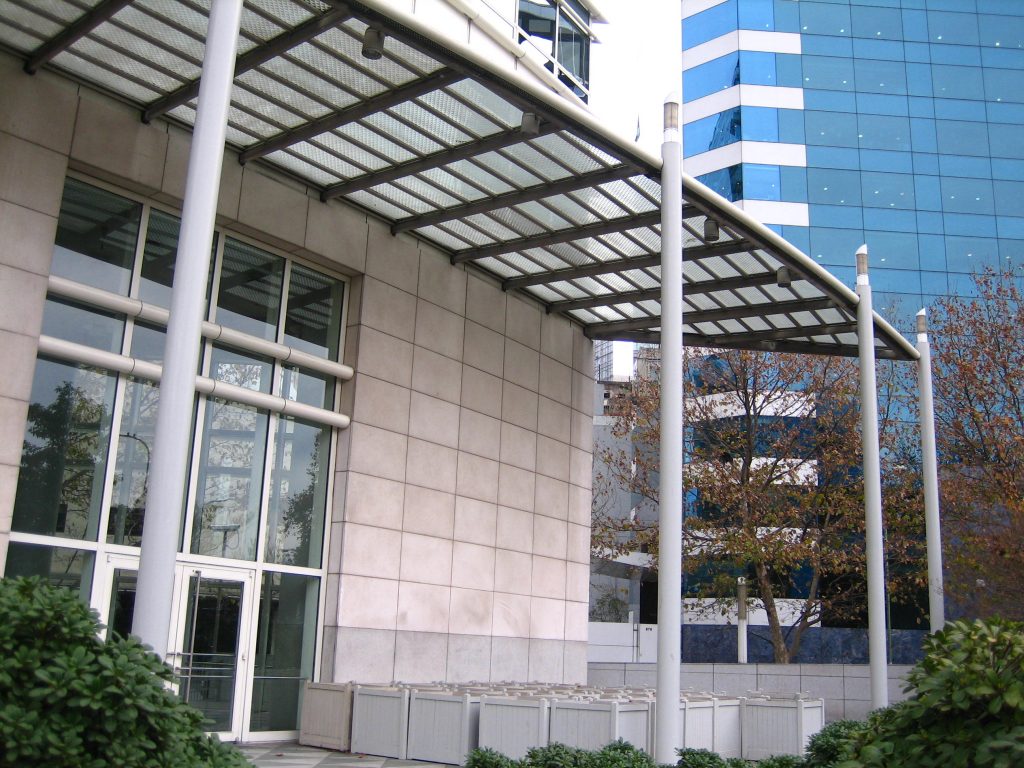