Repsol YPF tower designed by architect César Pelli Tucuman, houses the offices of the firm where more than 2,000 employees work. It was built with an investment of $ 134 million.

The study was commissioned Rosellini interior of the resolutions in the building, with the premise of establishing a design in keeping with the architecture of Pelli.

One of the key objectives of the signing in commissioning the project was to create an urban landmark, both for the area to the city.

The building is currently in the final stages of construction, with completion scheduled for the second half of 2008.

It is located in the heart of the area of Puerto Madero, on the corner of Boulevard Macacho Güemes and Juana Manso. The land on which it is implanted with 8500 square meters, bordering on the east by the River Plate to the west and the city center.

Puerto Madero is the newest neighborhood of Buenos Aires. It is an area of great commercial and gastronomic offer, housing and offices.

This project was given special importance to nature. The heart of the building is a small forest of eucalyptus trees planted at level 26 that reaches the level 31. It is located within the building by establishing a strong contrast between nature and the coldness of the skin of glass. The idea to plant the forest in the glass window was to communicate the concerns in relation to institutional care environment. With the garden for height, completely breaks the scale of skyscrapers, reaching a more human scale.

The structure is covered by a curtain wall facades that way.

Volume, the tower is composed of two overlapping prisms: a plant and another triangular square, turning 45 degrees with respect to the urban fabric. This will optimize the visual outdoors from the two volumes. In turn, the volume of triangular base is located in the east side overlooking the river while that of a square base, on the west side overlooks the city.

The auction is also highlighted in the design of the tower. The two volumes culminate with inclines in opposite directions, with a slight difference in size between the two, giving an impression that the triangular prism base embraces the basic square.

The building property has 483 parking garages near the tower. The tower itself has 36 levels, 33 of which are occupied by offices. It also has 3 basements and ground floor. A battery of six elevators caters to the lower floors and another equal to the higher floors.

The floor is unified. There are not recognized volumes. The lobby takes the whole plant and is sealed with glass by its four sides. The lifts in while wedge at one end lies an amphitheater for 220 people from which the audience can be downloaded in the first basement.

The core service is located in the center of the floor. They bring together stairs, toilets, office and machinery rooms. It occupies 300 square meters which means a 18.5% of the area per plant. Since the curtain wall to the heart, there are 10 meters. Thus, the rest of the surface of the plant earn maximum flexibility in the distribution of work spaces. In turn, enables a good use of natural light.

The winter garden is visible from the street because there’s glass curtain wall is completely translucent. This facilitates the entry of daylight and proper maintenance of trees. From different areas of the building will get a view of the green. The trees grow in pots of 2.30 meters in diameter and 1.85 meters high, stainless steel 5 millimeters thick.

The structure is made of reinforced concrete beams without. The slabs are held with 17 perimeter columns and beams tape. In the enclosure using a curtain wall.

The glass used in the winter garden area is transparent and elements of swing, allowing the replacement of trees if necessary. These elements are closed. We used a system of pressures offset curtain wall, where the tightness is not achieved through a sealed but through encastres mechanics.

The curtain wall stresses the autonomy of the volumes. This front is open, with great visuals. The structure was solved with panels of aluminum panels and clear Low-E glass. In the west facade, however predominates squarely on the vacuum, which is cut into the great void of the garden in its five levels. The structure is made up of a web of stainless steel panels on a glass surface.

The building is equipped with automation systems and optimization of all its security systems, communications, electricity and comfort.

To save electricity, the building has a lighting system that allows dimerised regulate the light in all areas of the different plants, building and moving the light to the interior of the building.

Ahorrro contributes to the energy division of the lifts in two batteries, each with 6 lifts, one for the other floors high and low for the floors. 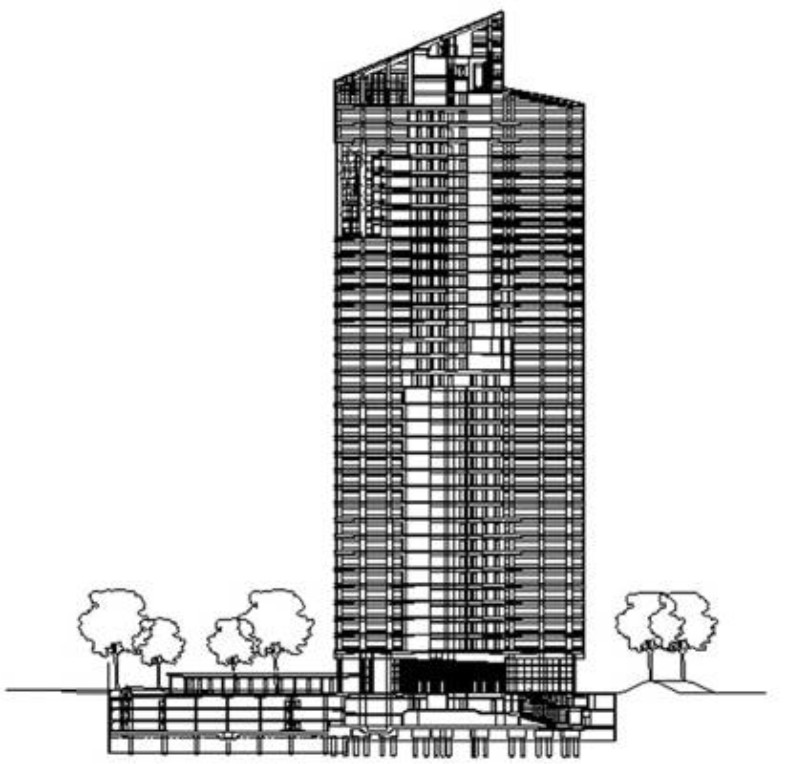 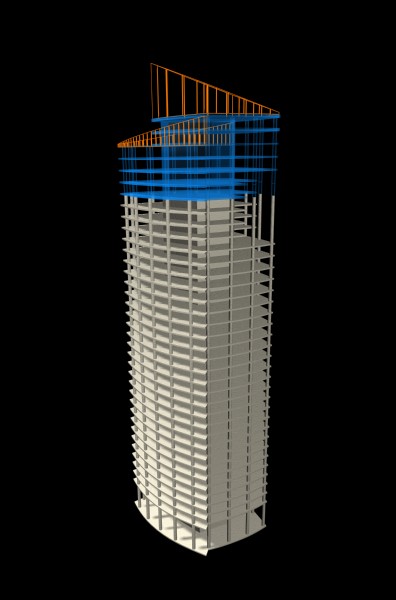 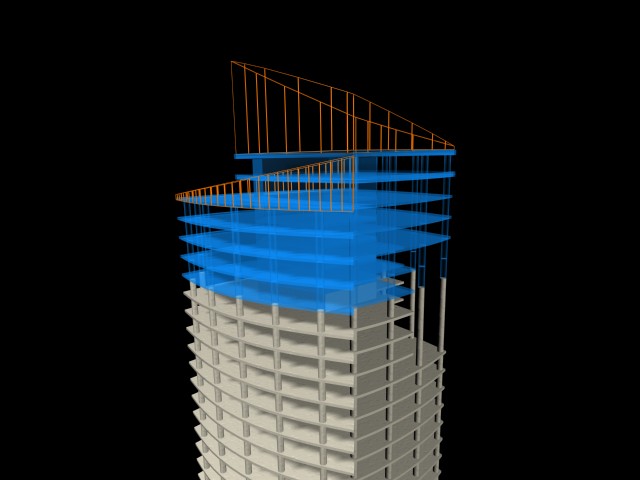 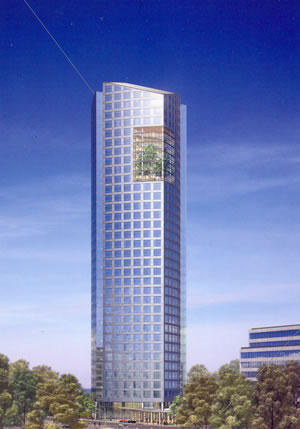 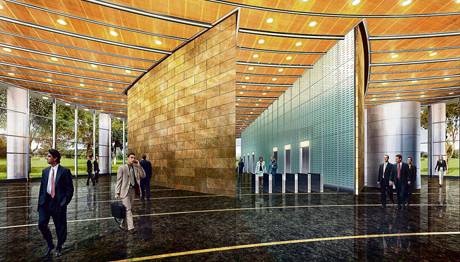 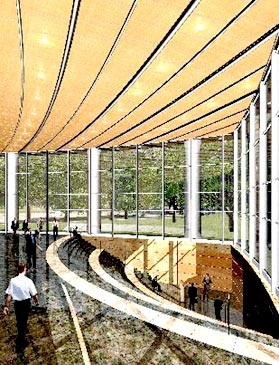 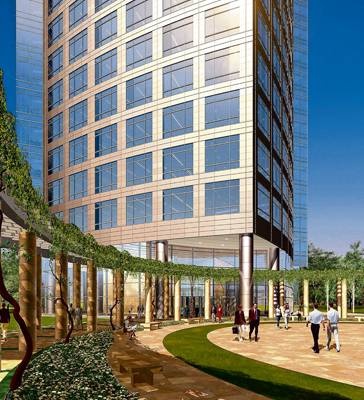 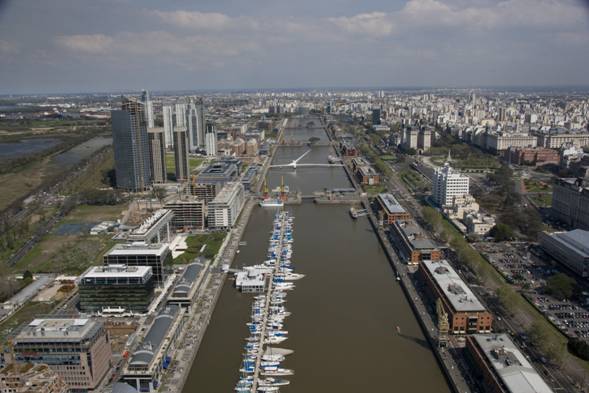 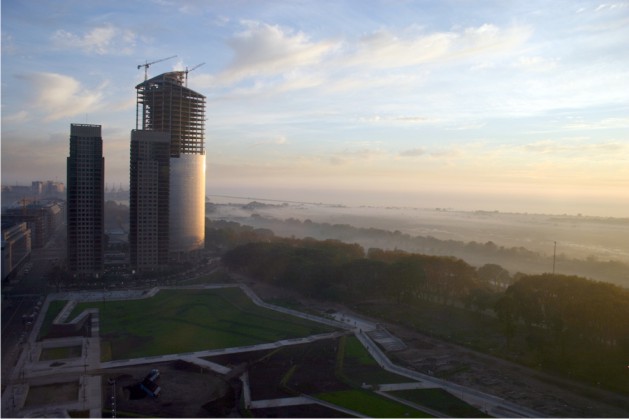 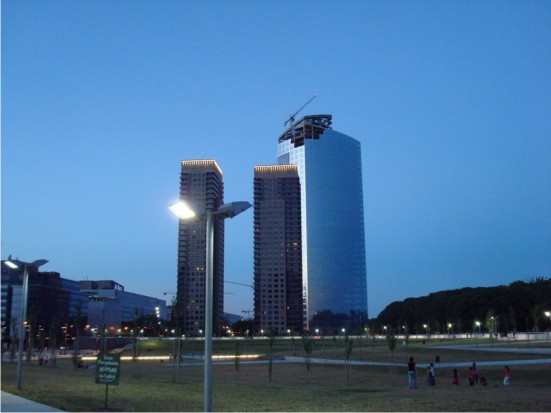 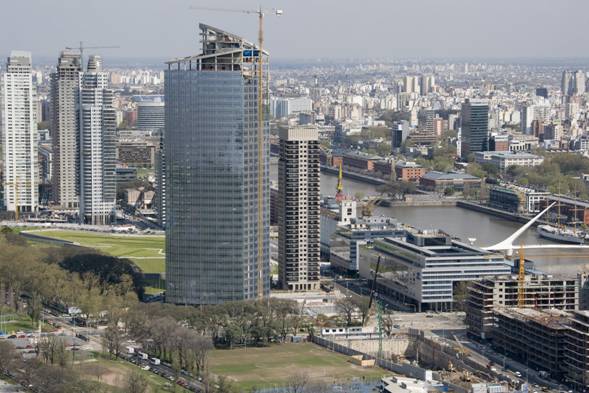 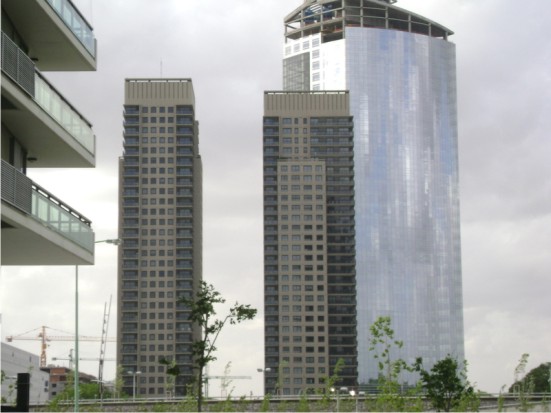 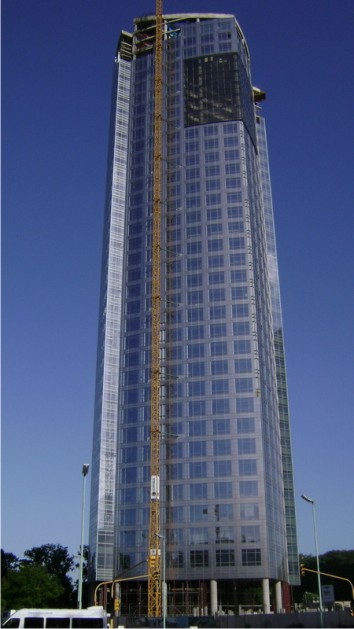 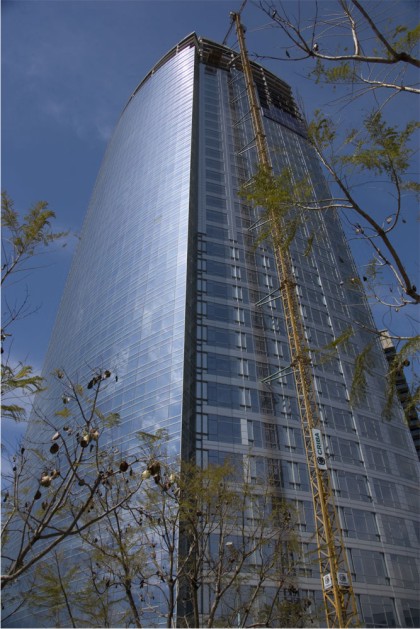 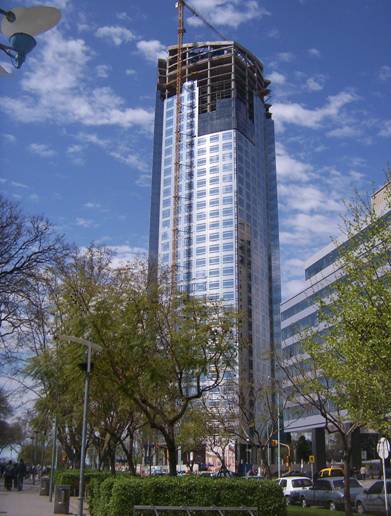 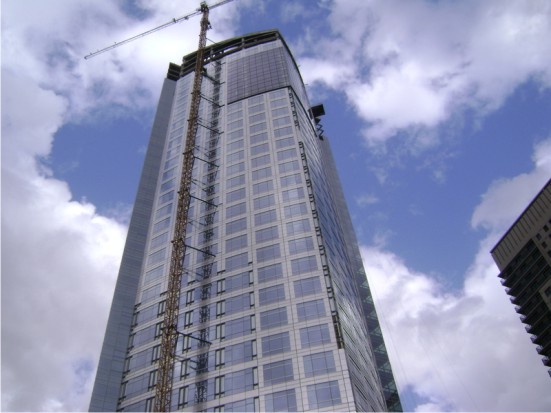 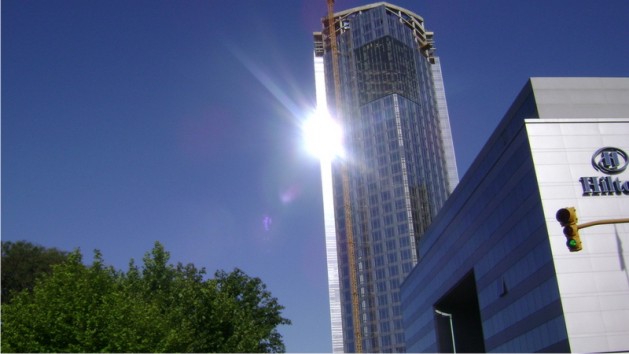 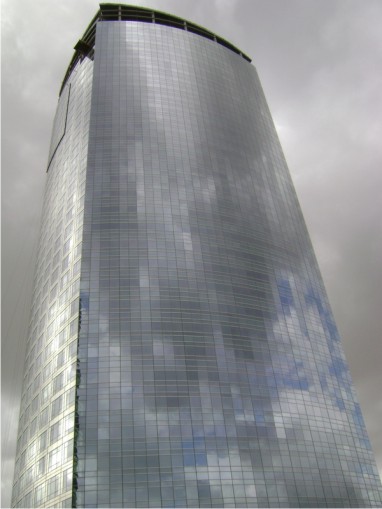 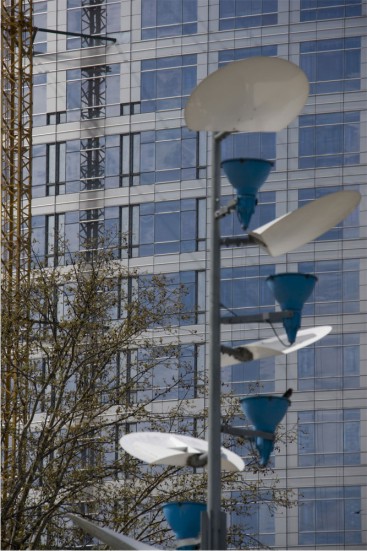 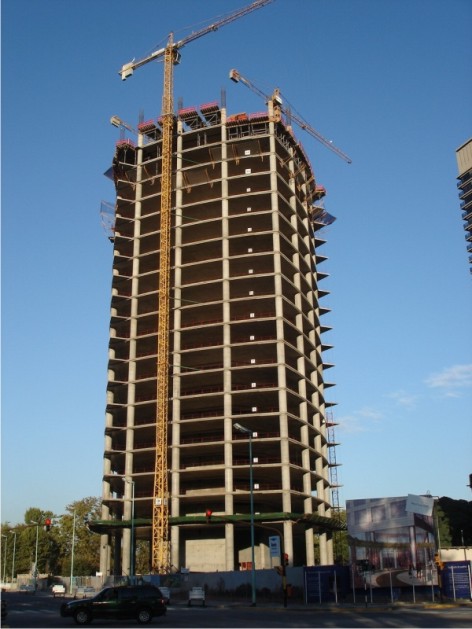 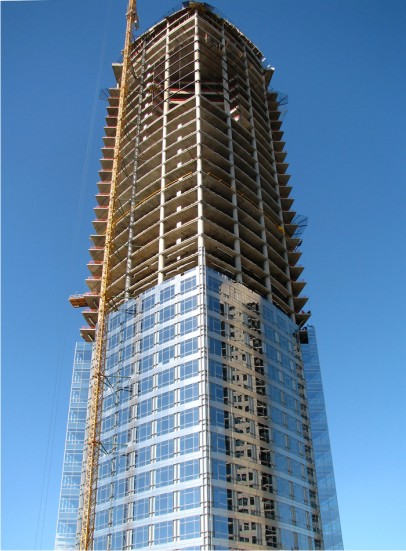