The Reliance Building was the first skyscraper to incorporate the glass as the primary material in its facade, an act that would ultimately be a common denominator in these types of buildings throughout the twentieth century.

Since 2006 it hosts the Hotel Burnham.

In 1970 he entered the National Register of Historic Sites in 1976 and was held in U.S. History

The building was designed by Charles B. Atwood of the study by Daniel H. Burnham ECShankland with engineering consultant. The first four floors were lifted in 1890. The addition of the remaining 10 apartments were carried out between 1894 and 1895 by completing what would be the first example of the method of construction in Chicago. ”

Reliance Building was said that work was a “Proto-Modernist” by their lack of gerarquia classical facades. Its facade apaisados including large windows with terracotta fornitura it provided an extraordinary sense of airiness. It was a precursor of what later became the curtain wall.

At present, the maintenance of the building is overseen by the Landmarks Preservation Il.

It is located in downtown Chicago a few blocks from the shore of Lake Michigan.

The building comes to symbolize the spirit of the Chicago School, which was “Swan Song.”

In this building we recognize a similar attempt to Manhattan Building Jenney. We can see an interesting new feature: the mounting height of the substantially different at different levels. Just as buildings can be placed side by side along a street, also various pieces of a building can be mounted on each other. The lower part is the most traditional, with stone slabs at the way Richardson and Root, with the obligatory references to the ideological primitivism, nature. But earlier, when it starts playing full technical, design tends to get lost in an assembly which is now referred to as the building rather than directly to the city.

The simple iteration of the plants is the specific nature of the architecture of the skyscrapers, an explicit, arises when the Reliance Building on the foundations of the old building designed by Root, now as designed by Charles B. Atwood, Burnham’s release: Fourteen plants invariably repeat the same exceptional design of each.

At present, the Reliance Building houses inside the facilities of the Hotel Burnham.

It is one of the first buildings to use a steel structure which led him to be the first to achieve such large glass surfaces on the front. Its steel superstructure was placed on a foundation of concrete that will come to plunge 38 meters below the street.

The steel structure is not seen at any time as it is coated with materials that protect against possible fire, which was not very much in mind in the city of Chicago after the fatal fire that swept the city in 1871.

The structure is fully materialize steel coated with flame retardants.

The exterior facade shows large areas of glass topped by strips of white ceramic that produces different effects depending on the optical light that falls on it.

The start of construction in height problems that had never existed so far as the cleanliness of glasses increasingly dominant in the facade.

In the Reliance Building was an effective solution to both conceptually and technically simple. The large glass panels were divided into three tranches by the woodwork, leaving a large central section and fixed two smaller sections at the ends that could be opened by a window sash and kept clean the central section. 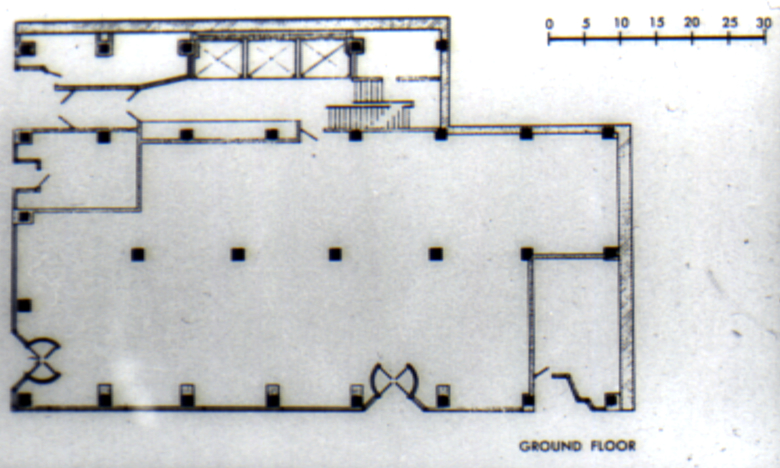 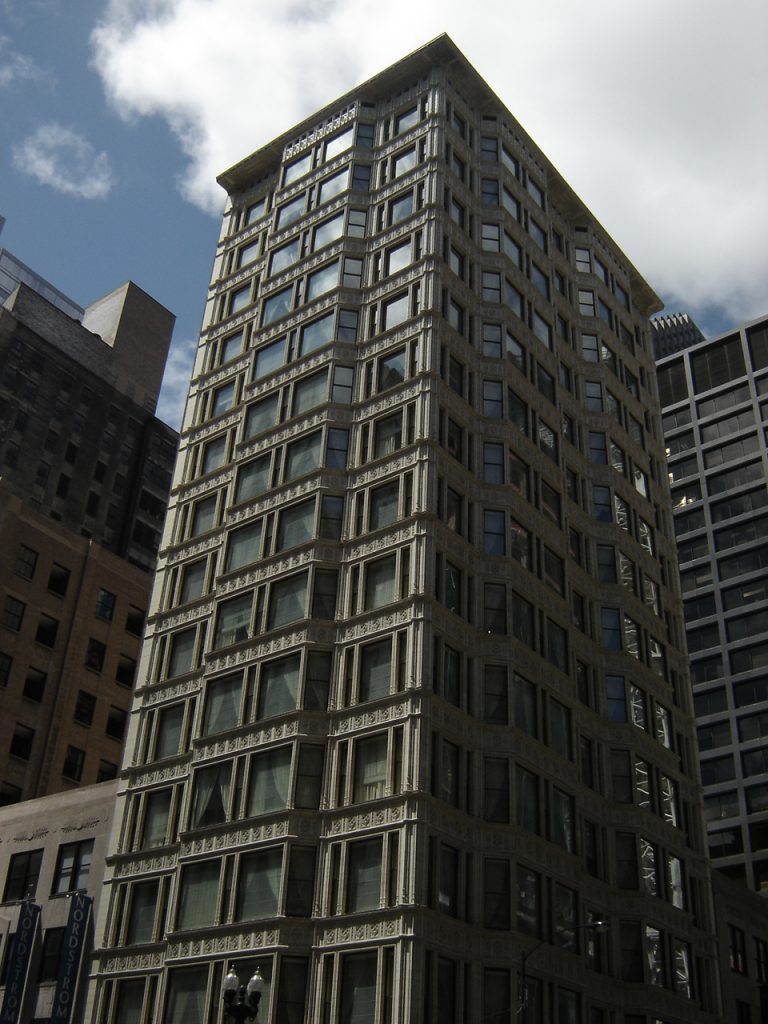 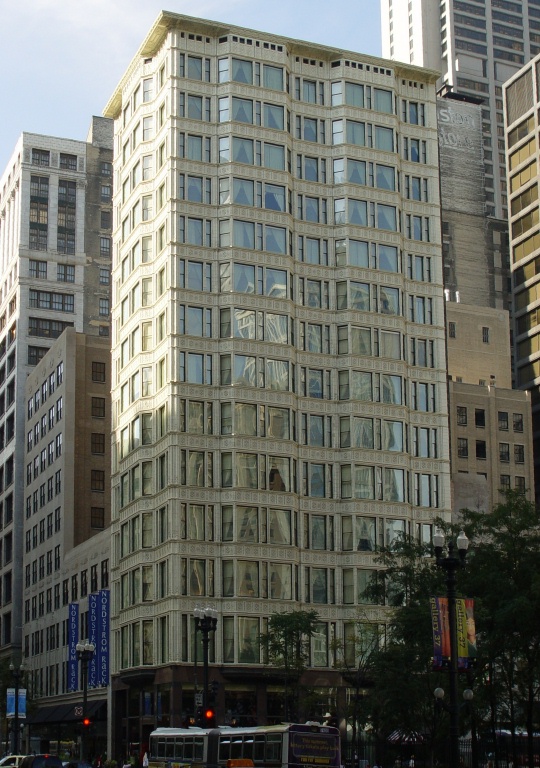 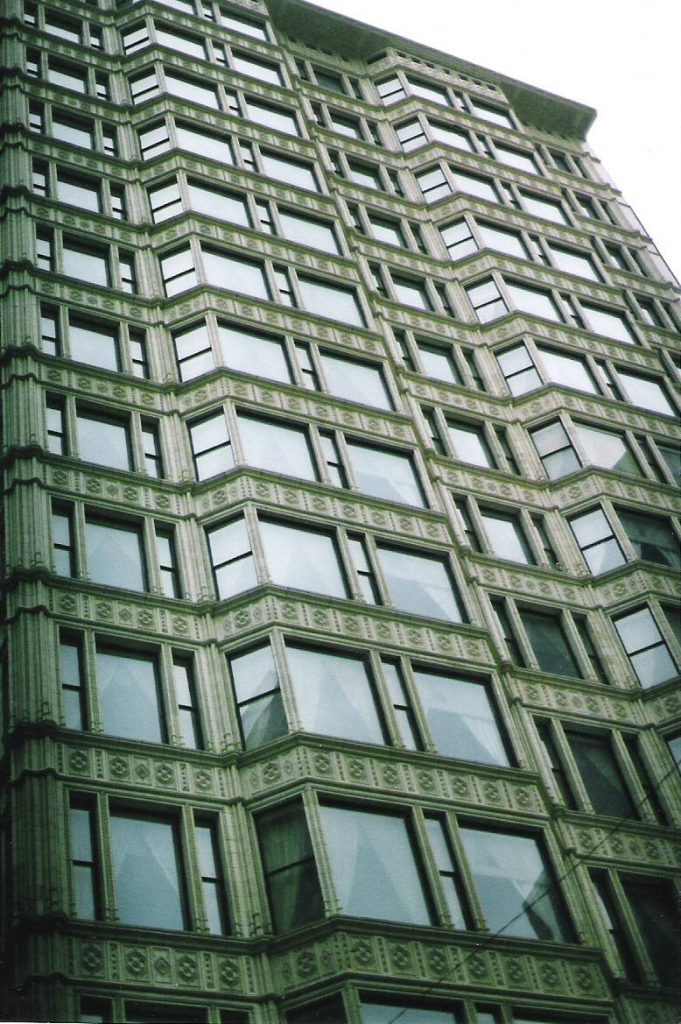 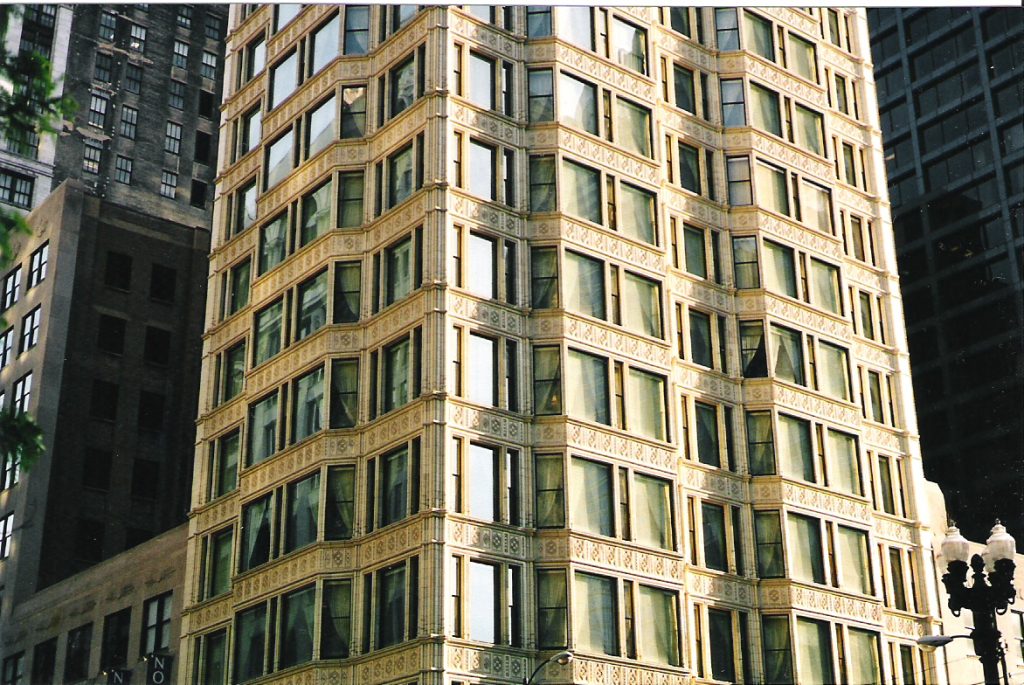 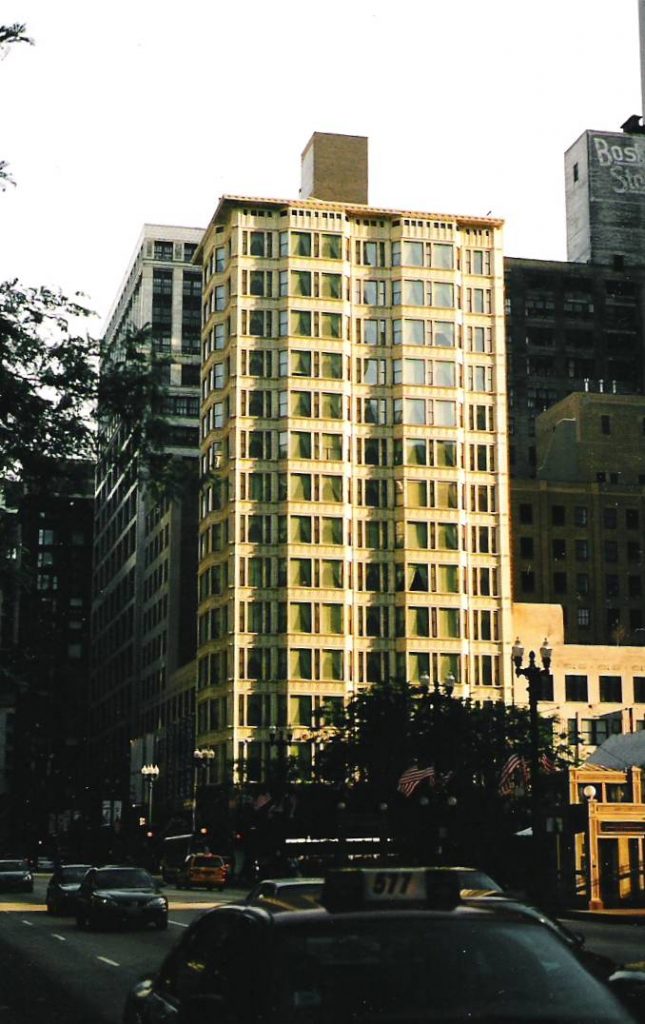 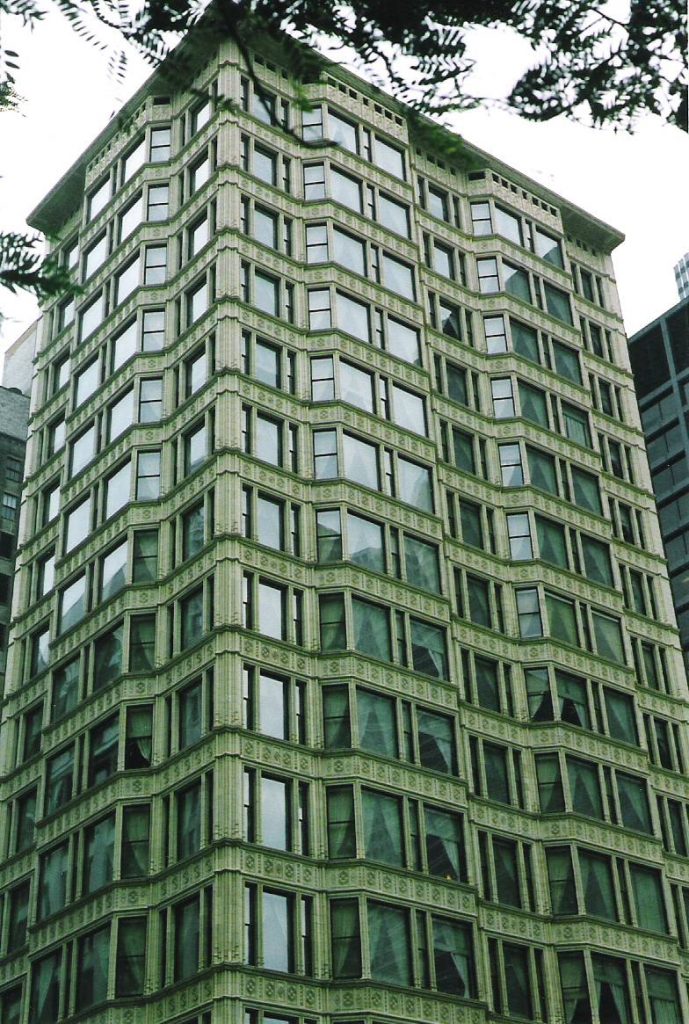 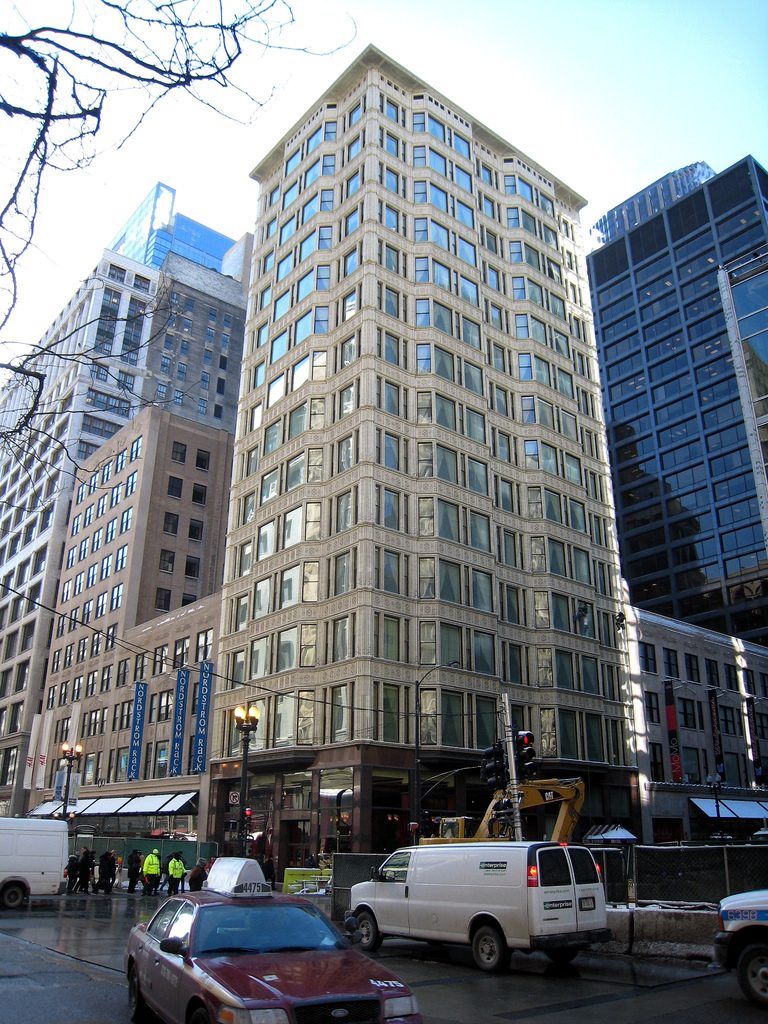 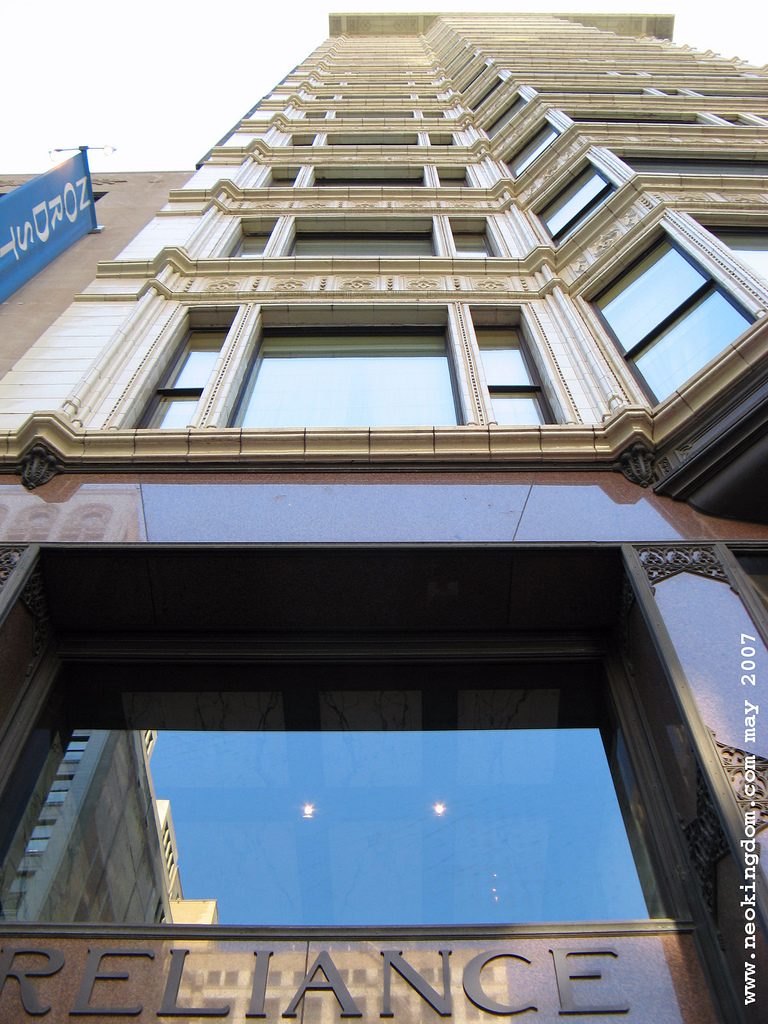 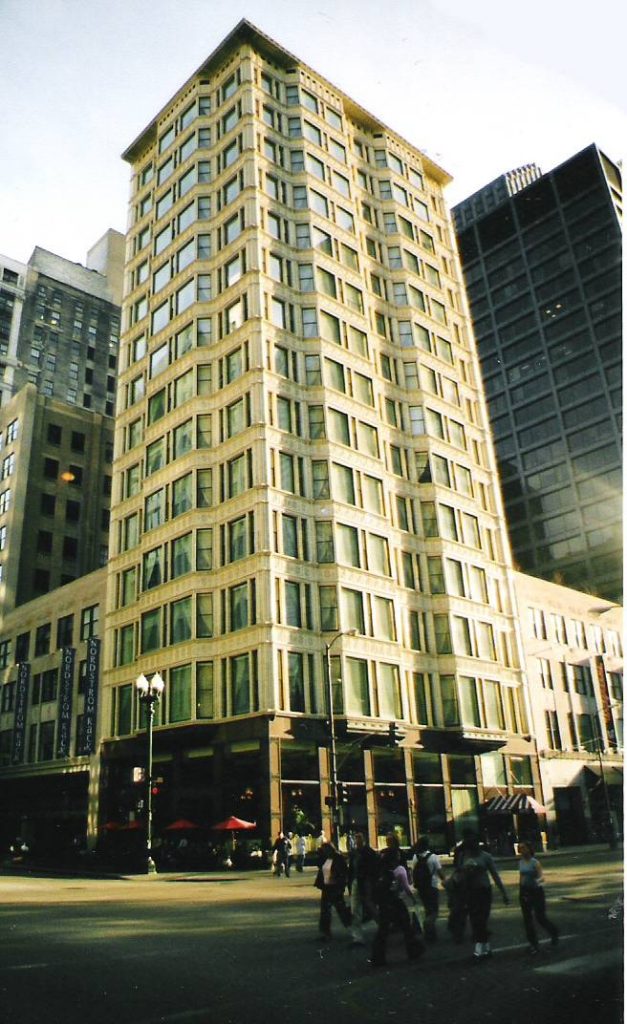 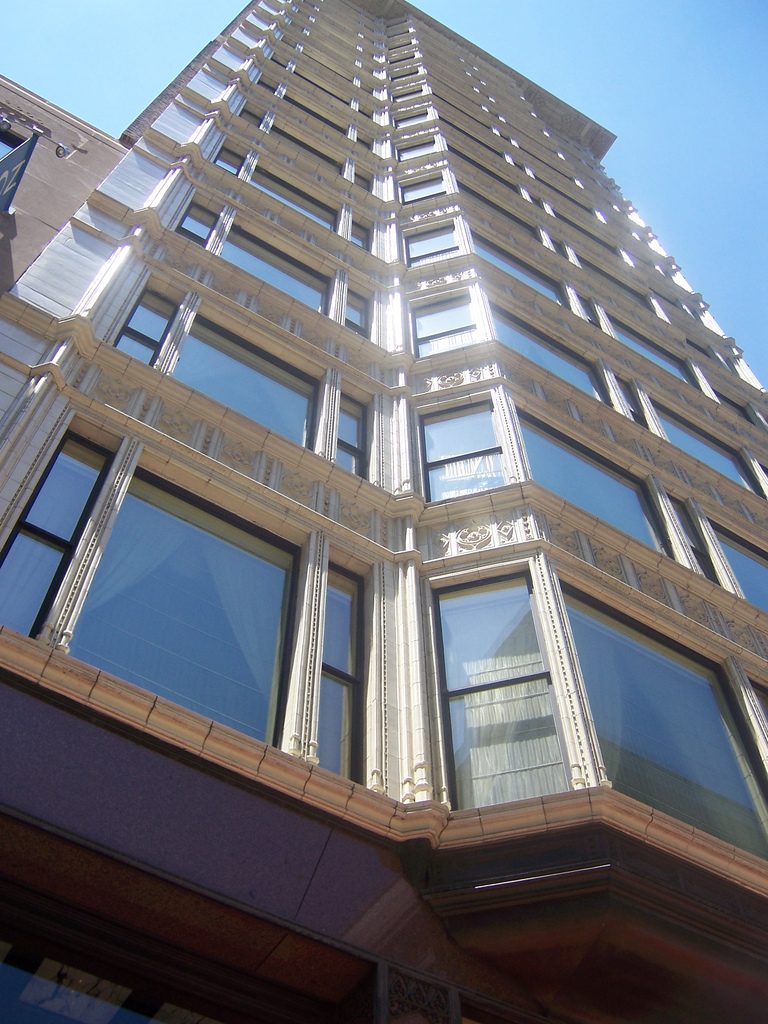 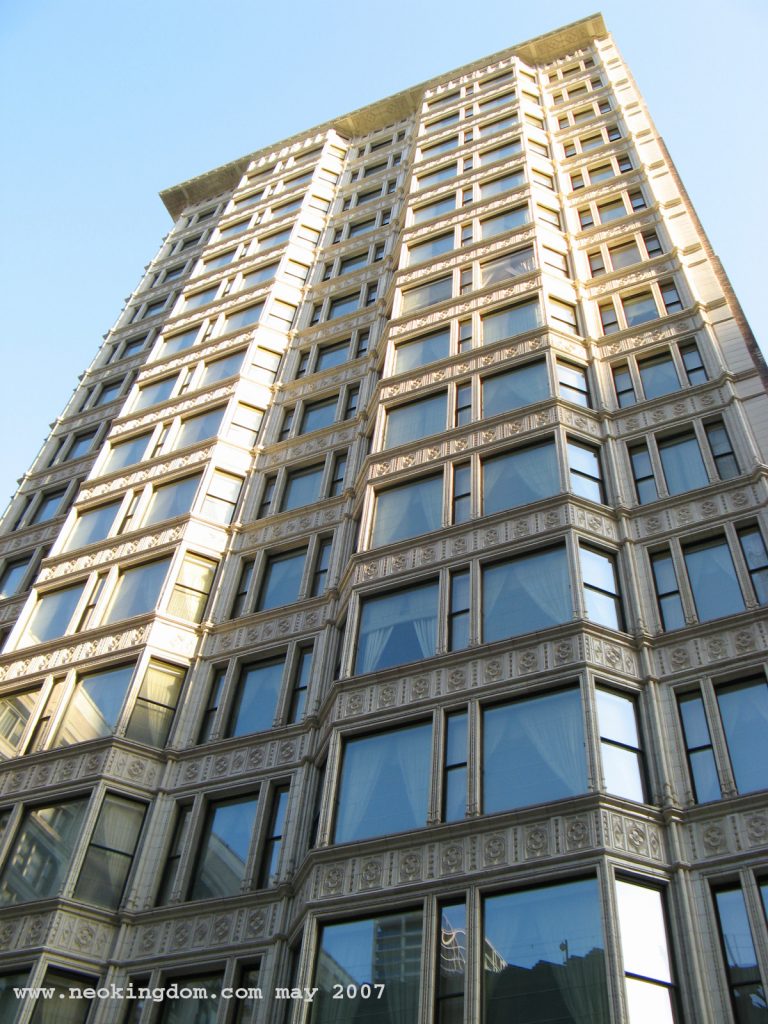 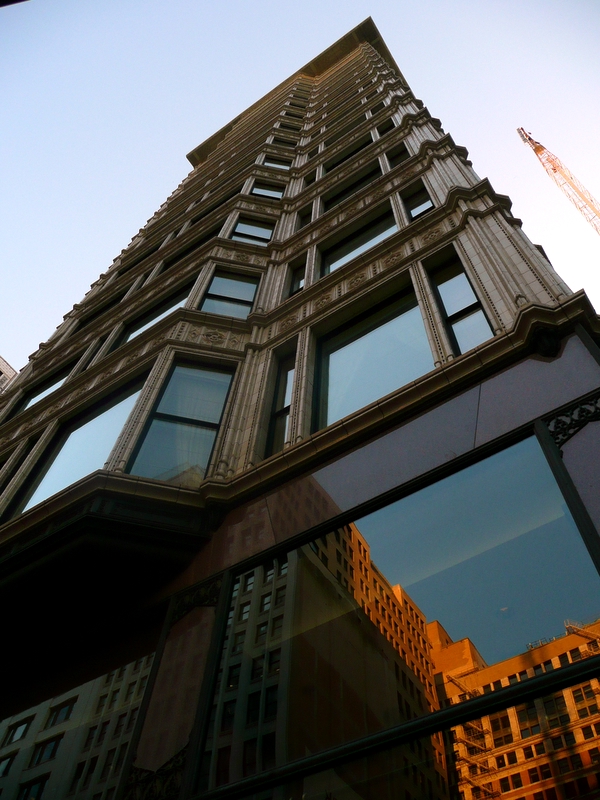 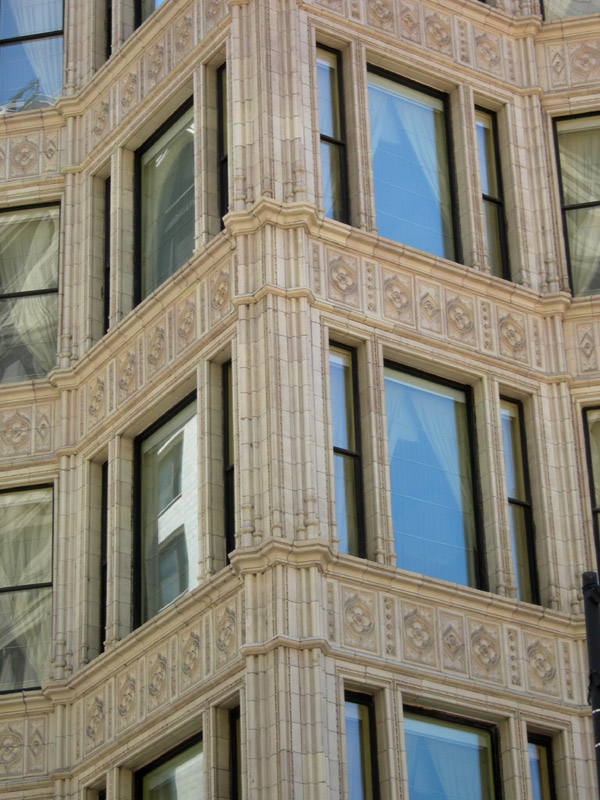 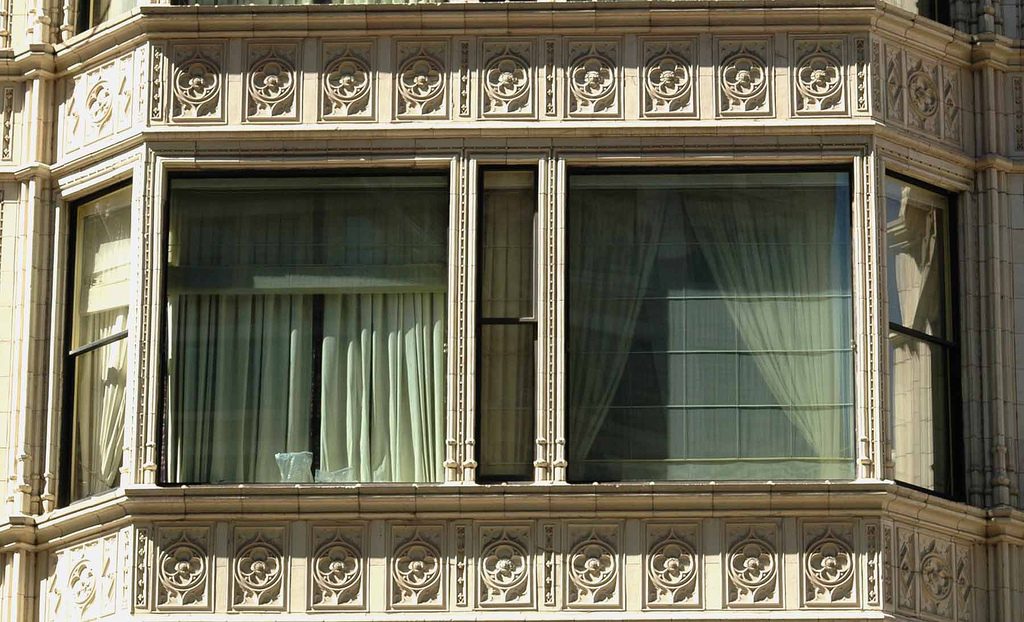 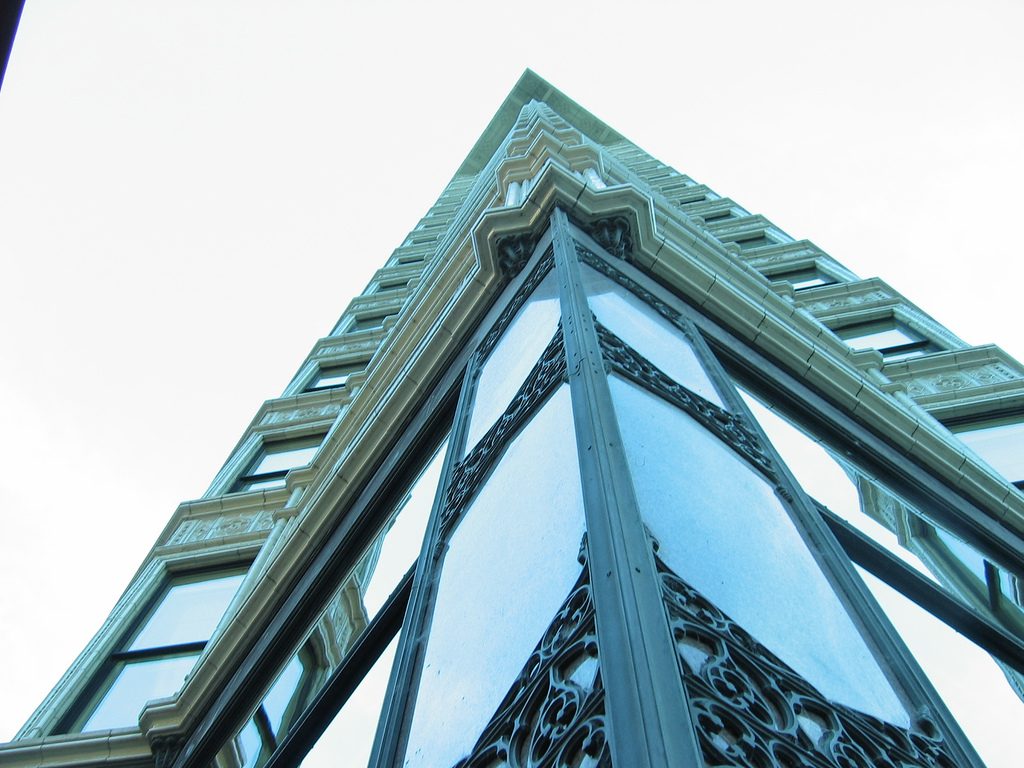 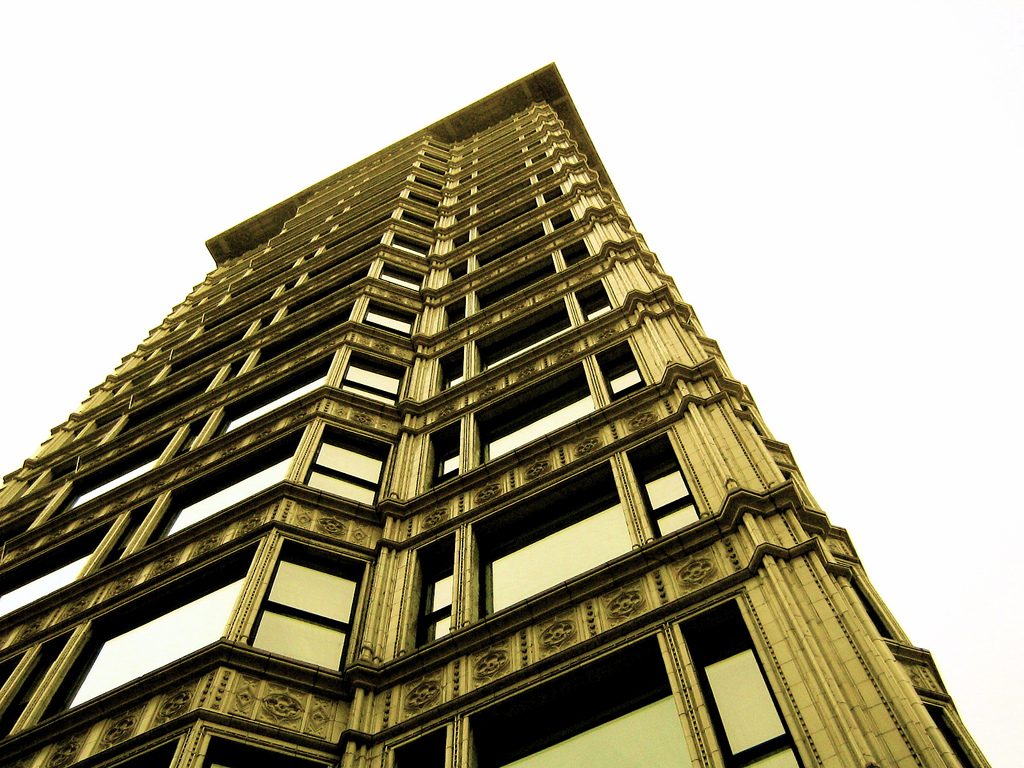 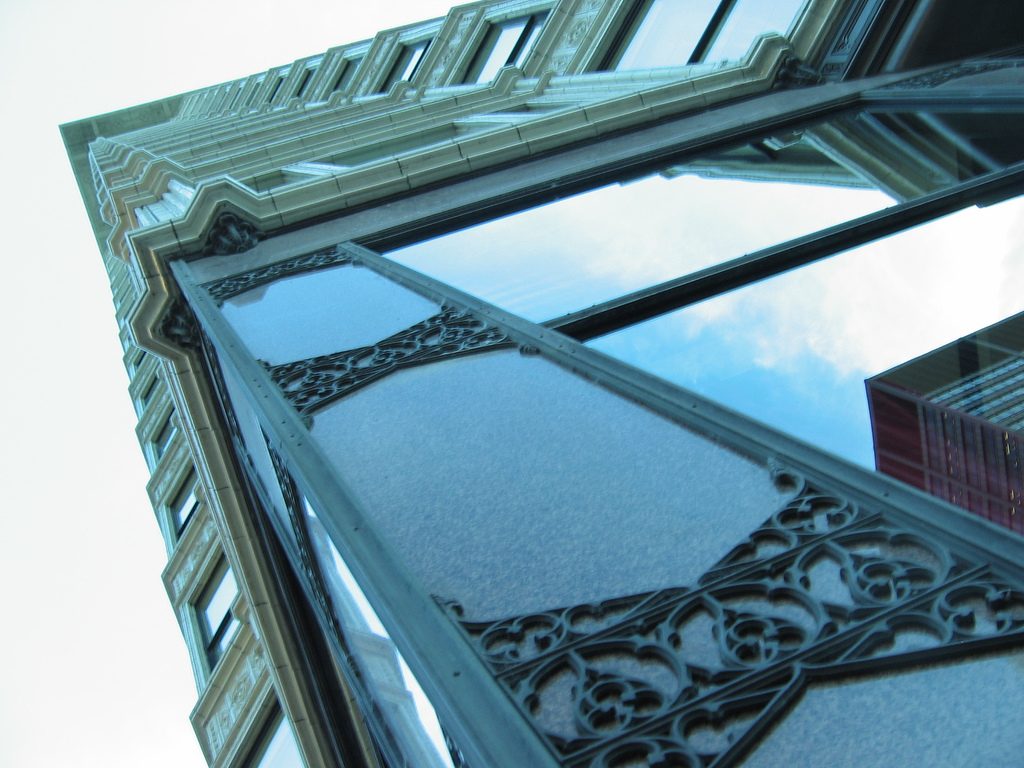 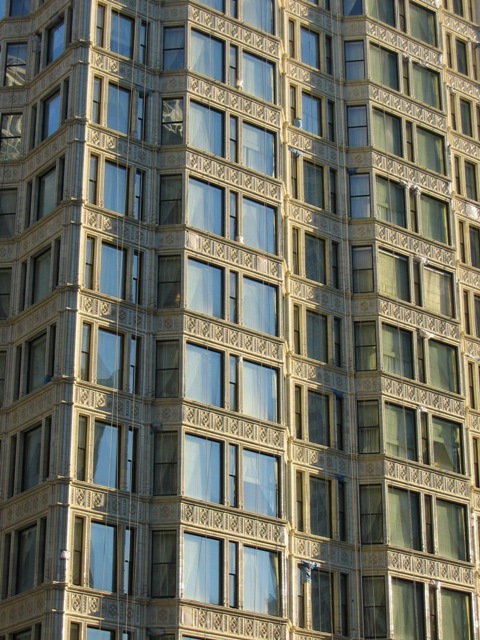 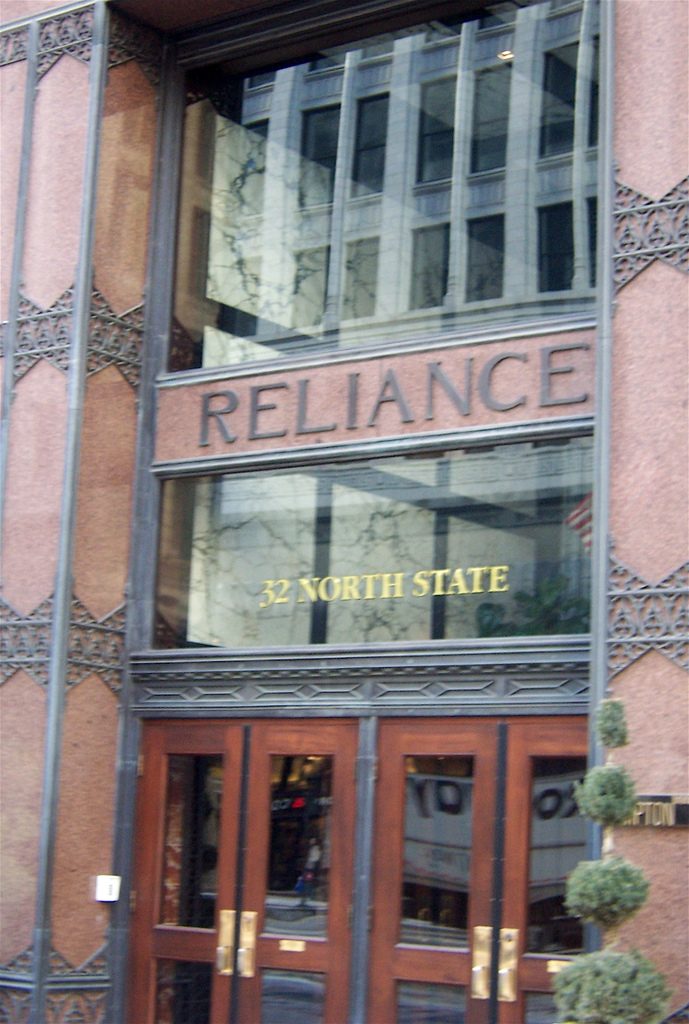 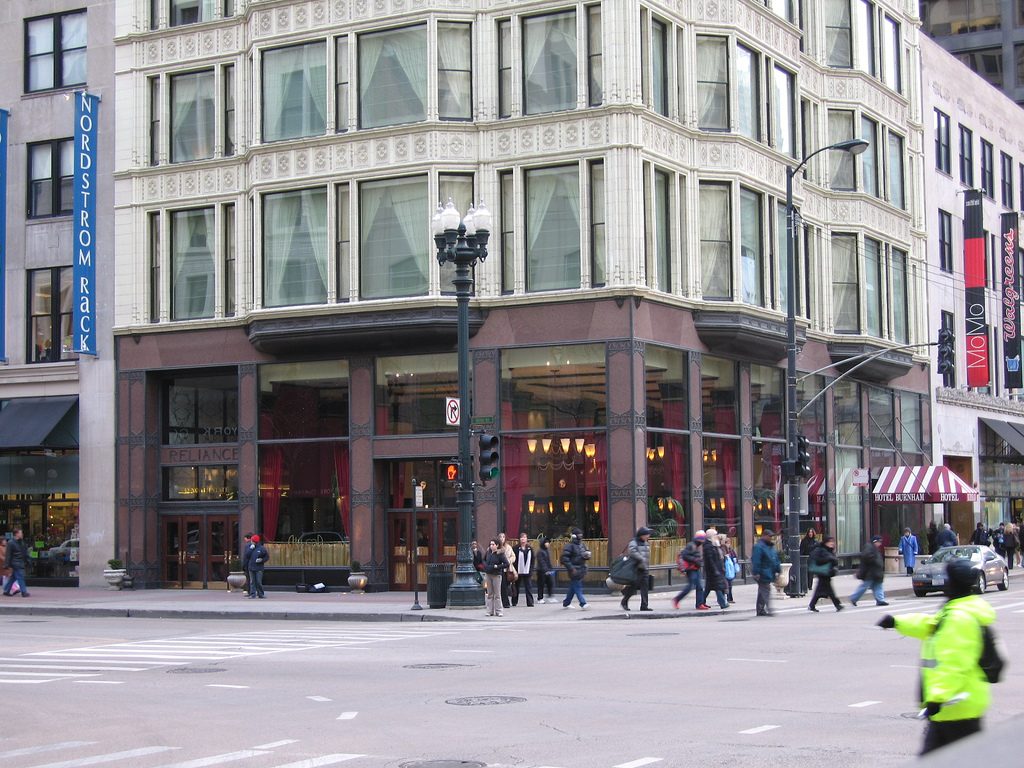 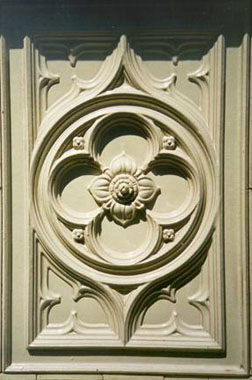 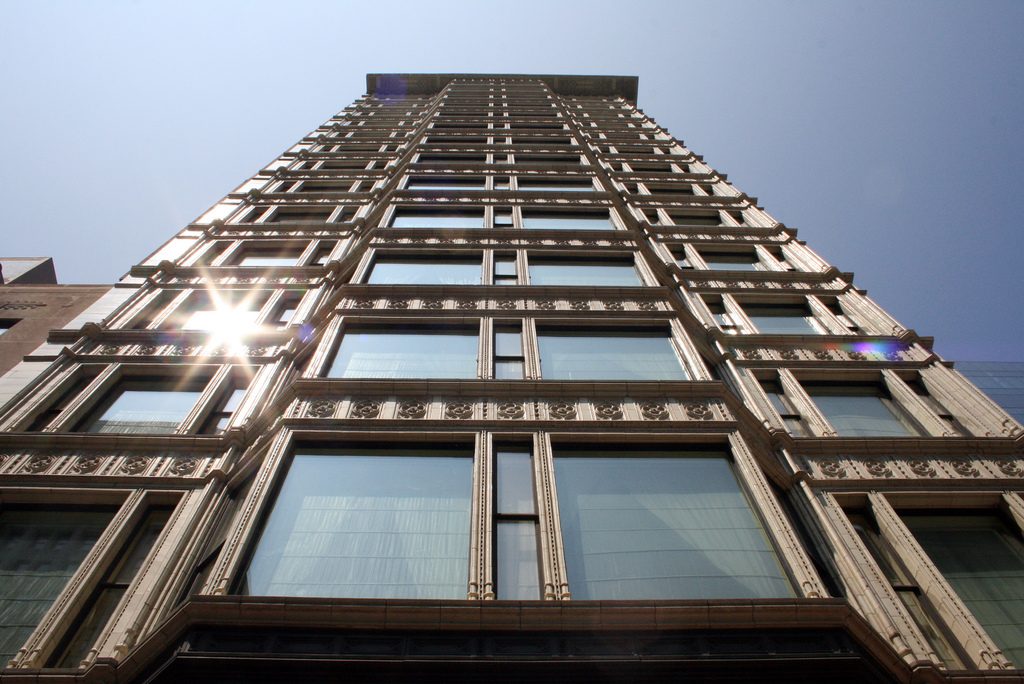