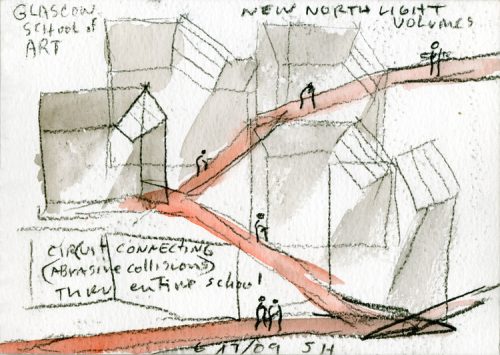 The Glasgow School of Art is an art school founded in Glasgow, Scotland, in January 1845. It is one of the first schools promoted by the government and focused on creativity and design to support the industry. Your main building was realized by architect Charles Rennie Mackintosh between 1897 and 1909. The new building, located in front, is a project of Steven Holl carried out between 2009 and 2014.

the growth of the institution a new expansion of its facilities has become necessary in recent years. On September 8, 2009 the architect Steven Holl, based in New York, he won the competition for the campus and the building of Phase 1 of this plan working with JM Architects, based in Glasgow. The new building is located on the former site of Foulis, the Assembly and the Newbery Torres, across Renfrew Street, in front of Mackintosh. The new building construction was completed in 2014. Reid takes the name of the last director of the center Dame Seona Reid, and has been funded by the Scottish Funding Council. 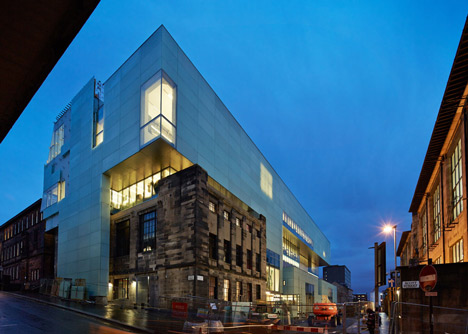 School of Art in Glasgow has produced some of the contemporary artists most renowned, including since 2005 30% of nominees for the Turner Awards and four winners of this award: Simon Starling (2005), Richard Wright (2009), Martin Boyce (2011) and Duncan Campbell (2014). The school also has campuses in Forres, Beijing, Singapore and other areas of Glasgow. 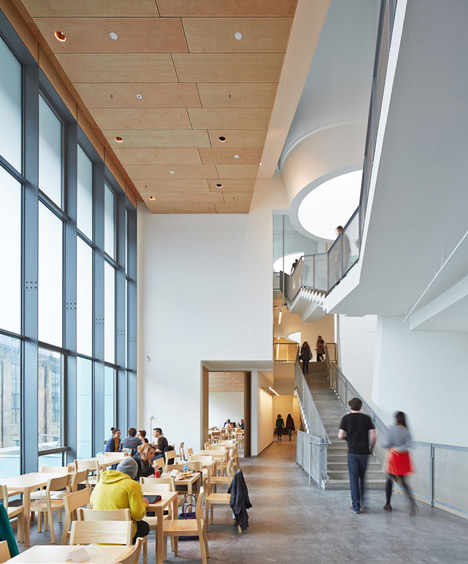 Disciplines taught by the GSA:

The School of Art is located at number 167 Renfrew Street in the city of Glasgow, Scotland. The nearest metro station is Cowcadden SPT. In its environs is the Glasgow Film Theatre and Garnethill synagogue. 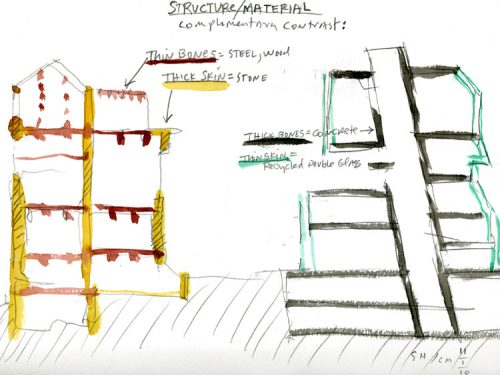 Reid draws on the building of Mackintosh and its treatment of natural light, looking north workspaces for school and leaving the south to the living areas and offices. It also relates to the old building at the structural level. The draft Mackintosh the facade is the heaviest part of the whole, and the light structure is placed inside, on floors and roofs of wood and steel. Holl reversed this provision placing the heaviest material, concrete in the building core and making the envelope with the lightest and finest material, glass.

“The Reid Steven Holl building emerges as an open creative meeting at the School of Art Glasgow (…) frame What Holl created from a plan that seems simple, is a complex set of places that combine space it flows with a variety of opportunities for discovery and exchange “- Richard Weston, the Architectural Review. 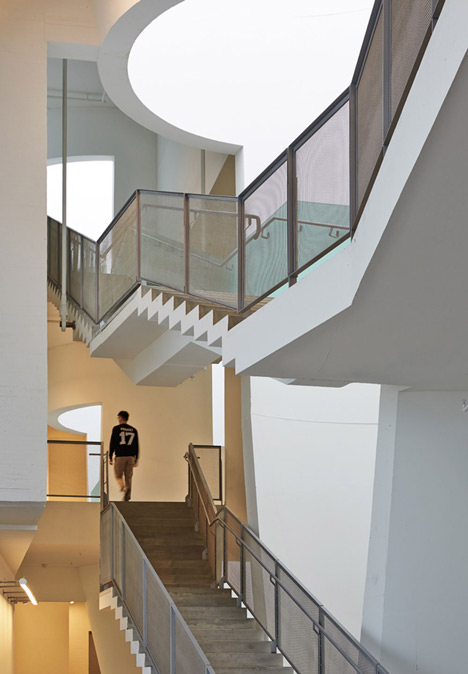 The building Reid establishes a contrast to the historic building of Mackintosh. Faced with the stone facade of the old building, the new has a translucent facade. The building becomes a light volume reflecting the activity of the school.

The proposal of Holl takes design inspiration Mackintosh and their search for natural light to condition the interior spaces. The main space of the building is the studio or workshop. All areas are connected and linked together according to their needs daylighting. The studios are located on the north side of the building. They have large openings to let enter the the most appropriate for these spaces light north. The rooms that do not have such high requirements in terms of natural lighting, as the dining room or offices, are located on the south facade. In this light and temperature are blended to suit the needs of users at all times.

The structure, space and light are related through empty designed for this purpose. These gaps provide natural light to all corners of the building interior keeping in relation to the color and intensity of the changing light outside. Also they function as vertical circulations for air eliminating the need to deploy air conditioning. The whole building, therefore, is organized around a central corridor, where the series of upright vacuums are, preparing the different classrooms or rooms along the north or south facade.

Along the south side, at the same height to which are the main classrooms building Mackintosh, is a loggia facing the exterior landscape and opening to the city. This space is characterized by vegetation and recycled water pond reflecting sunlight on the roof.

Connecting spaces within the building Reid highlights the interconnected activity of the various departments of the school. 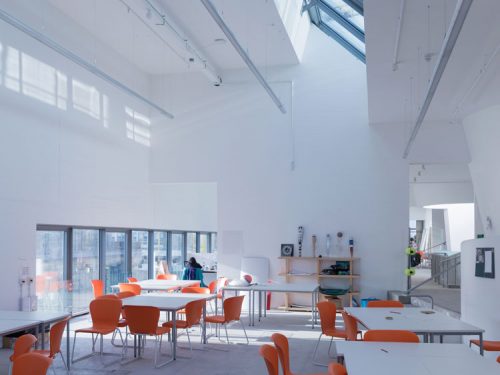 Building Steven Holl has the structure of reinforced concrete and glass facade, transparent or translucent as needed. The interiors are characterized by their white and minimalism of its design.