This project for office building and hotel SAS Royal began in 1956, the program comes from the need to concentrate in the same complex, an airport, a hotel and a travel agency, because their needs are complementary. The city council demanded that exploited the full potential offered by the site.

The location of the site had been previously chosen for the project. It occupies a central place in the city of Copenhagen because of the number of applications that focus on the building.

He suggested the covering of part of the railroad to get a parking area and good accessibility of vehicles from the airport, besides the central location of the site would be a favorable aspect to the hotel since it could establish a good deal despite the problem traffic.

Jacobsen in the specification refers primarily to two reasons.

The first meets the requirements of the council on harnessing the potential of the site so there was no possibility of completing another 70 meters. height allowed by the ordinances.

The second that a tall building was the only possible remedy for a hotel in a noisy place.

The final solution should be light to balance the new stand built which may seem strange in the immediate environment.

Regarding the desire to have the greatest possible area to locate on the ground floor and first air terminal and travel agency, it was decided to combine a low building with two storeys and a building height to the rooms. The spaces beneath the building are double or triple height, very light and low load in terms of decoration.

In regard to building height where the rooms are turned to a gray-green panel divided vertically by anodized aluminum uprights for facades. The glass color refers to the sky and clouds. For Jacobsen vivid colors may have given more life to the building but had produced a striking effect that the architect wanted to avoid. The high and block light needed a heavy base, so it was used panels of gray-green to darker blocks where they are low in the hotel lobby, offices, terminal and travel agency. 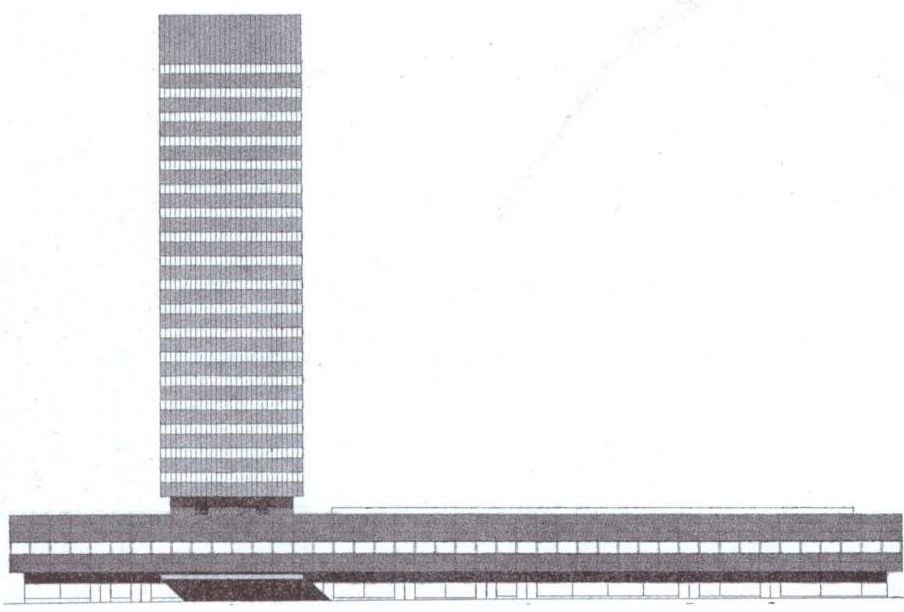 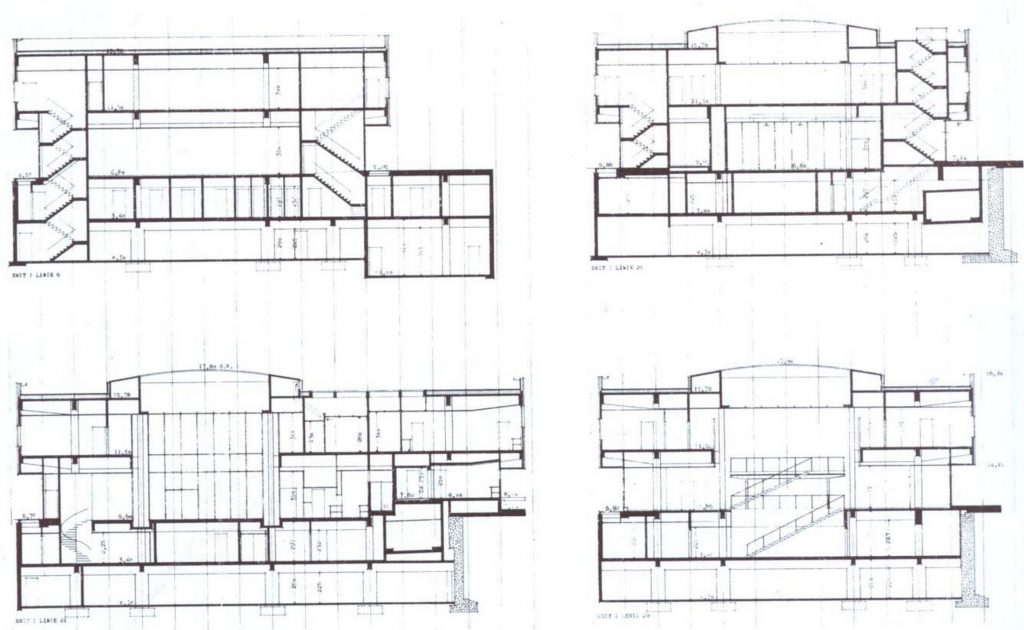 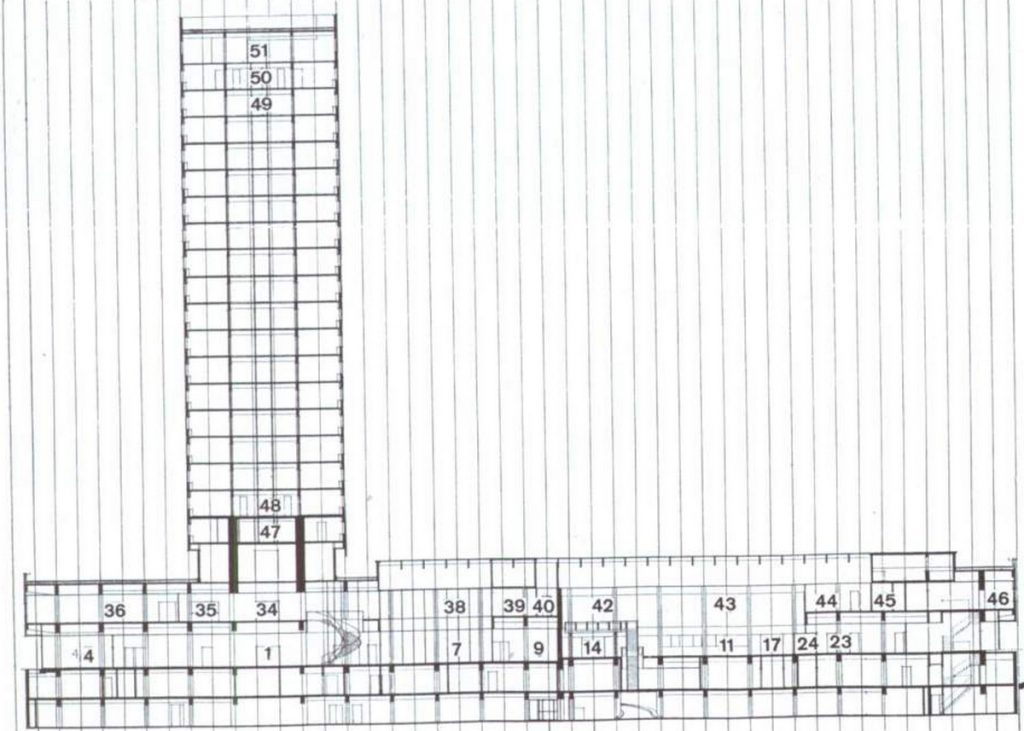 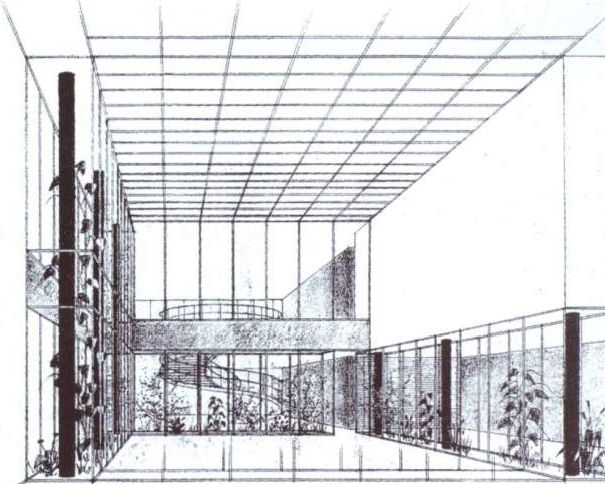 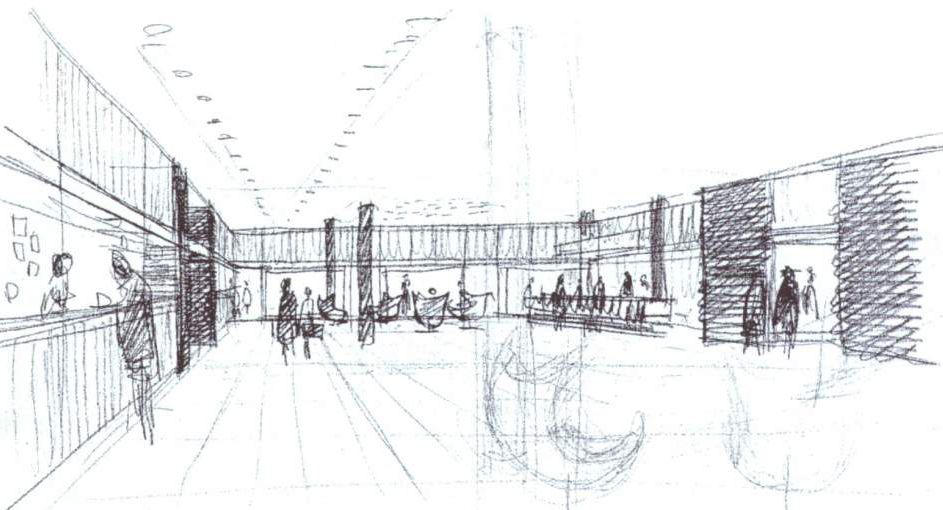 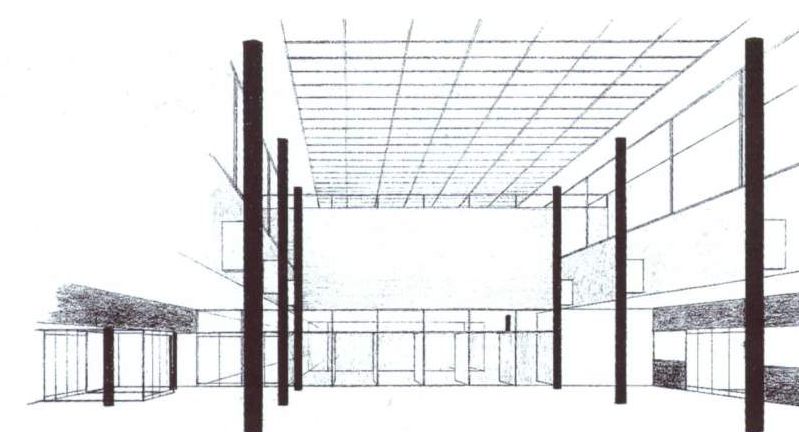 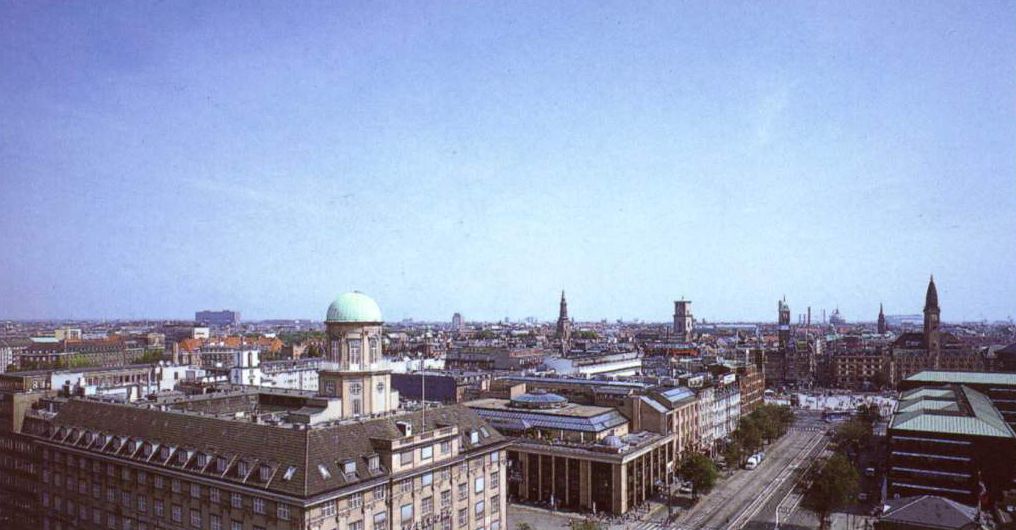 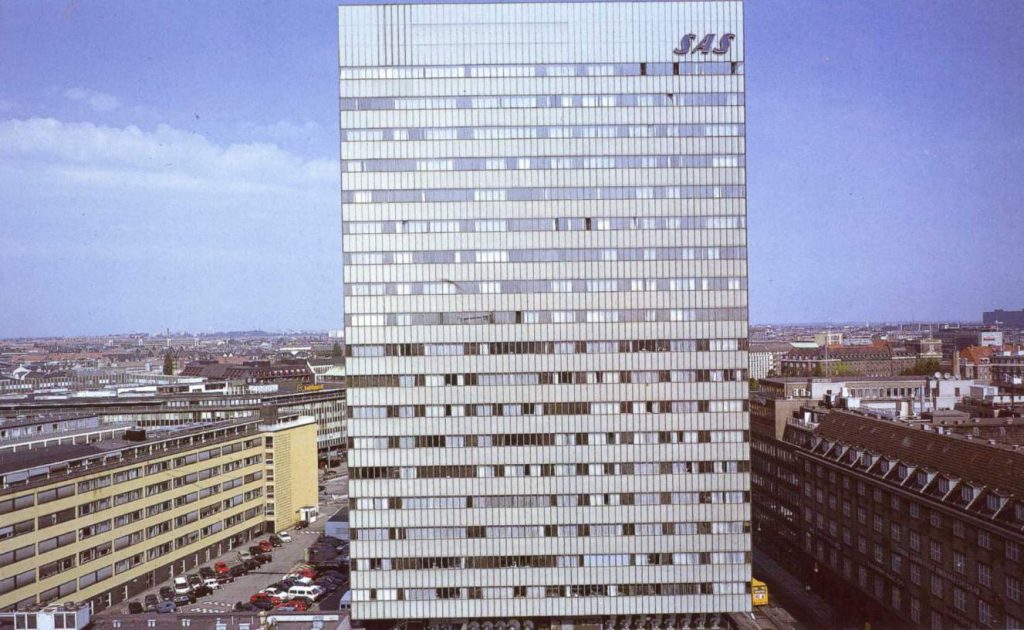 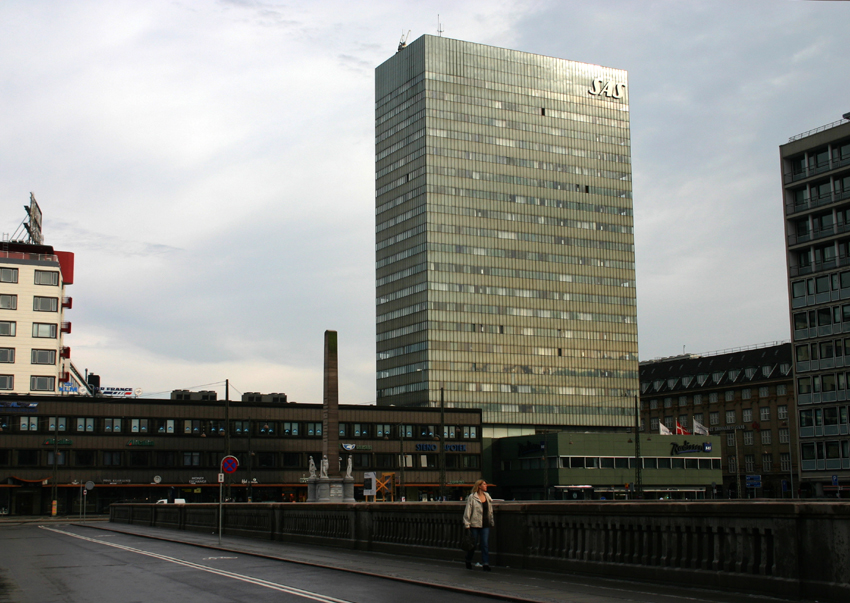 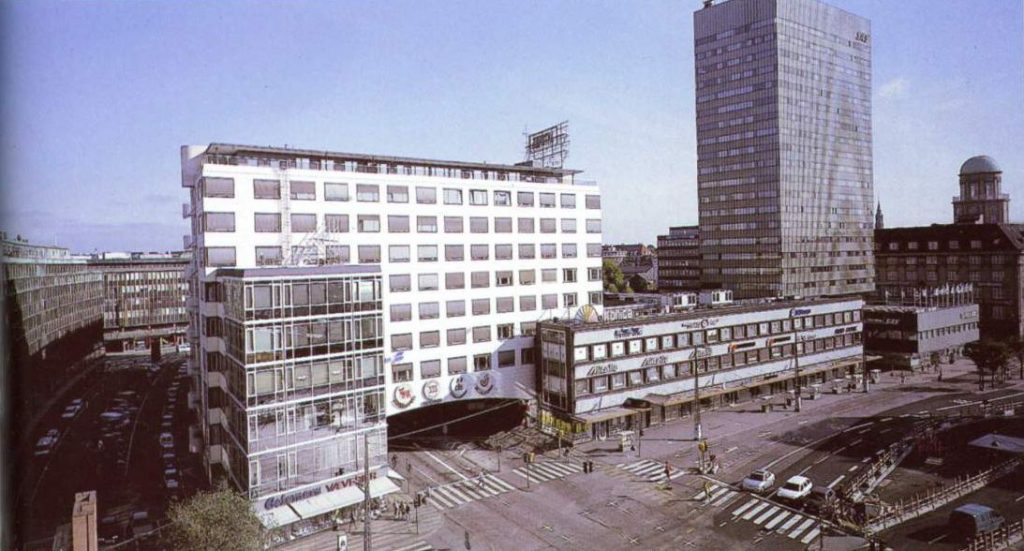 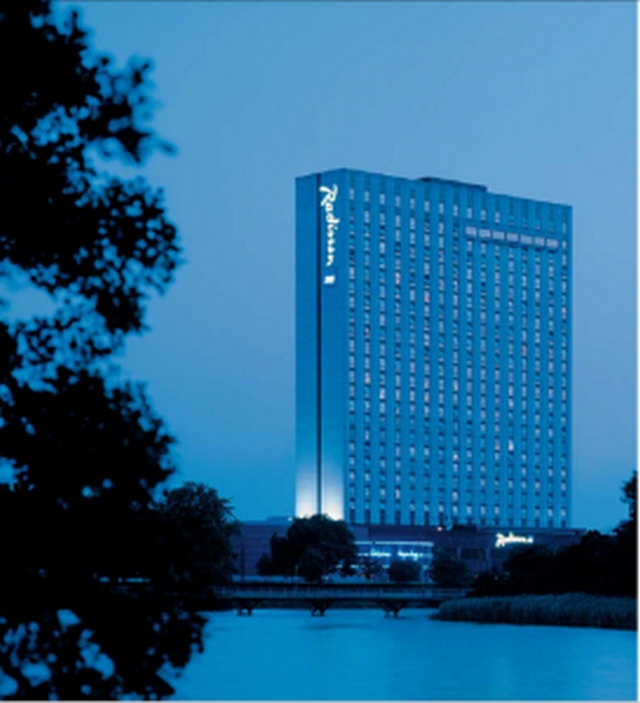 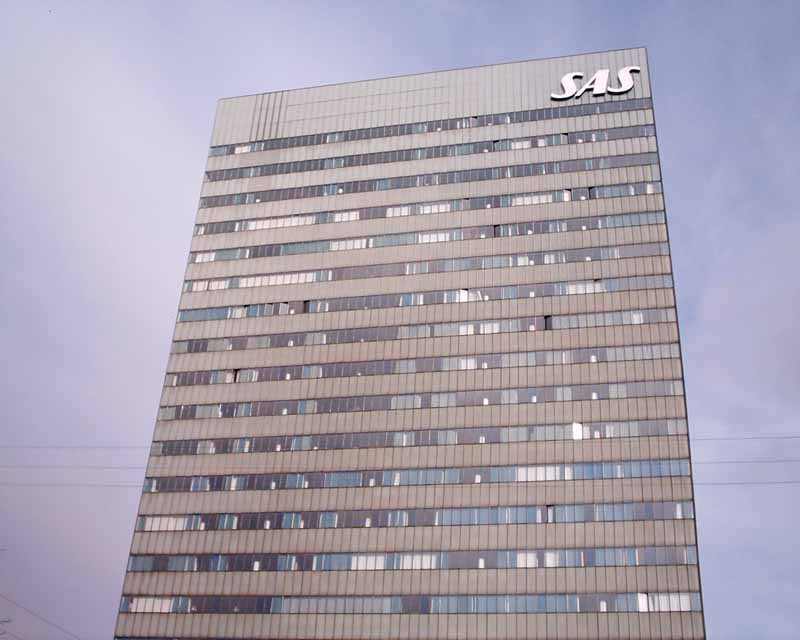 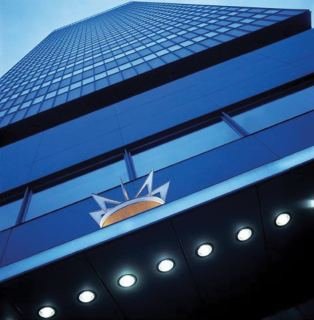 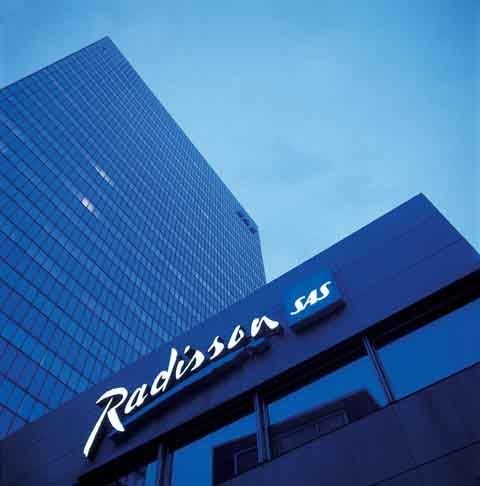 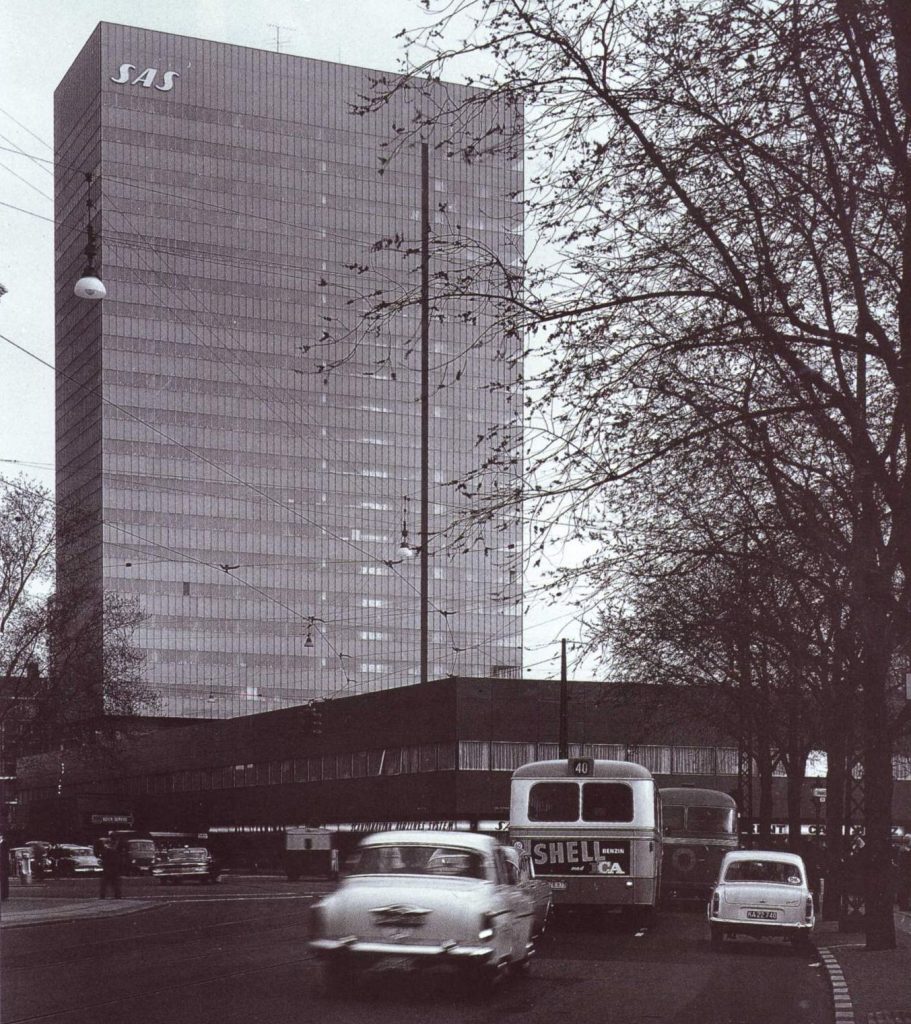 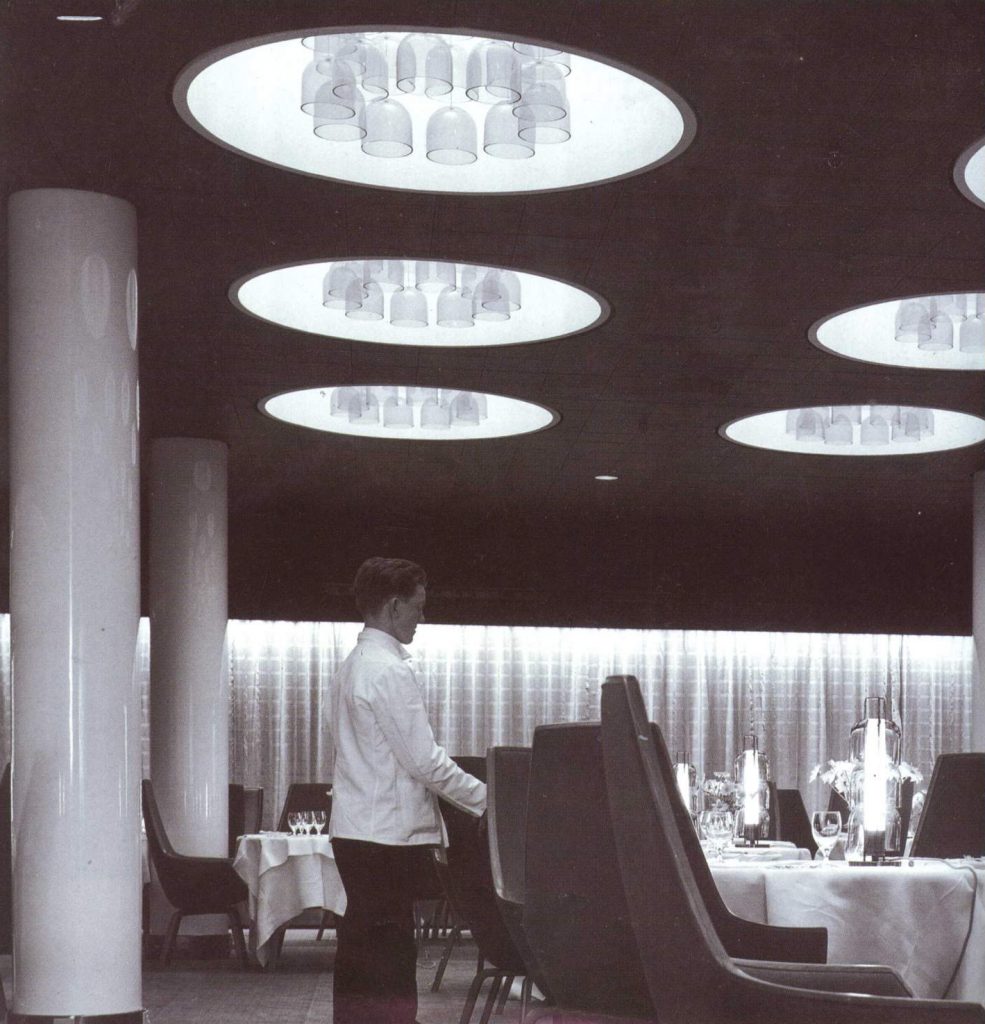 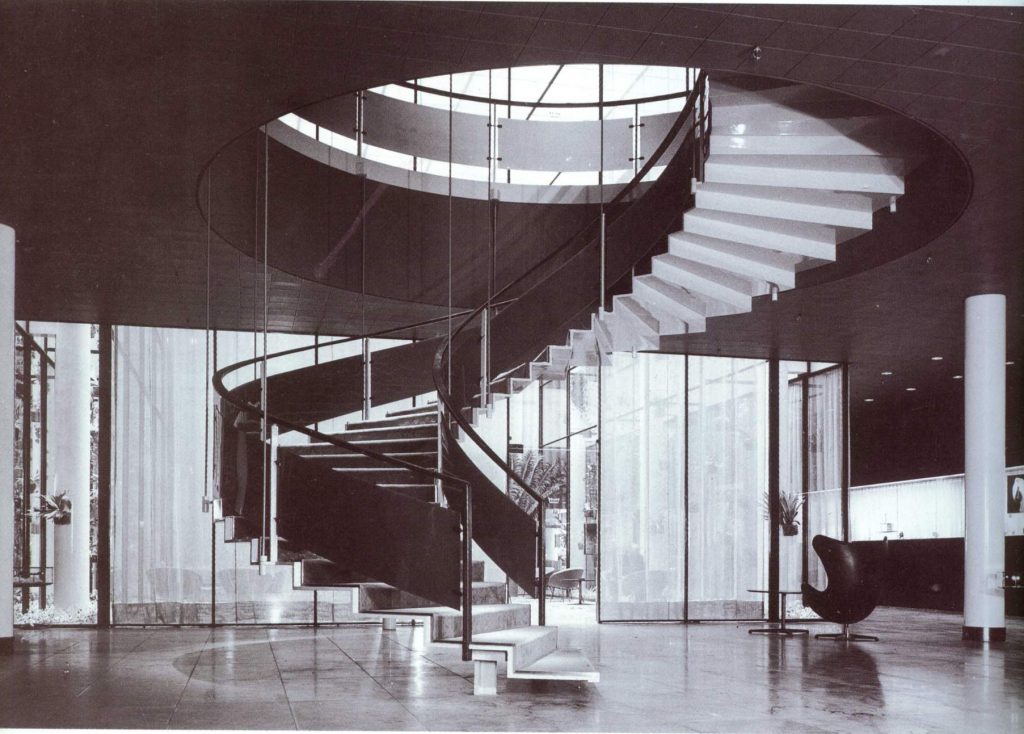 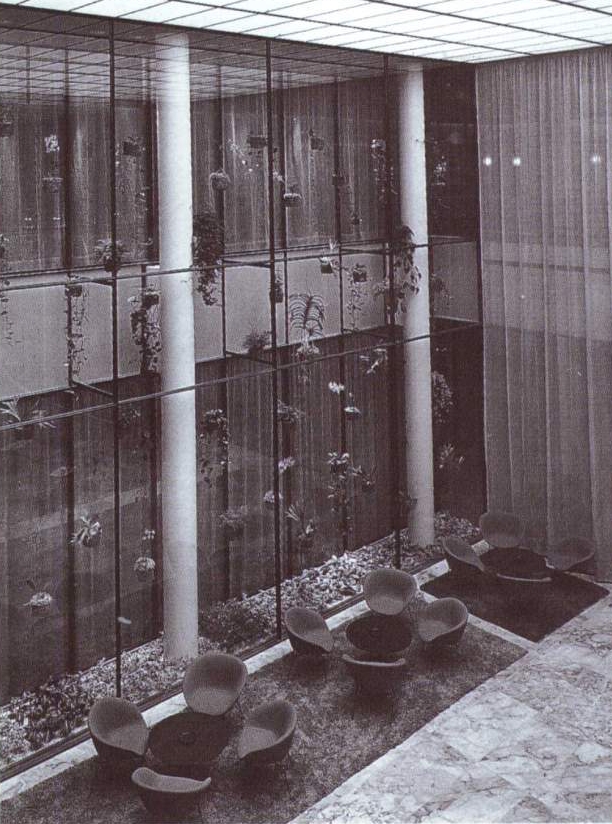 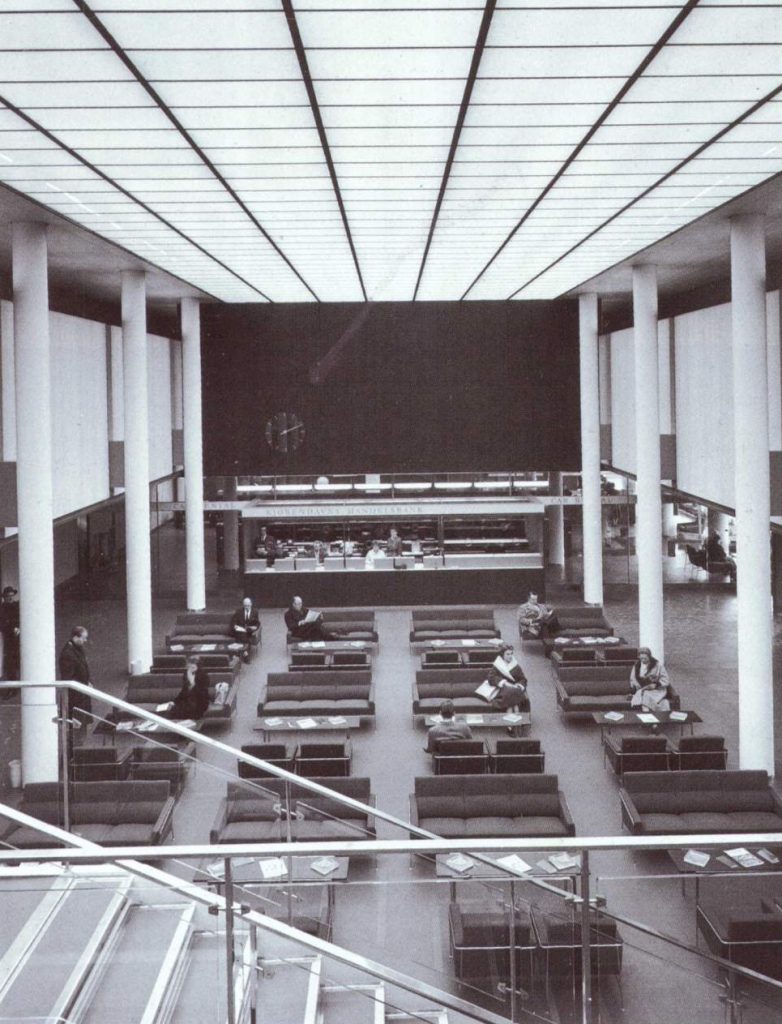 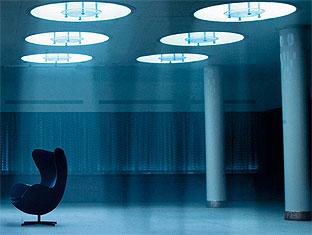