Hidden in the Woods and under the overhang of the facade facing the river Duero, the museum presents it as a chest that holds her jewels, her memory. The museum is like a tree that has been cut in one stroke, in which a series of skylights, with the same cross section, define different spaces through their different positions, heights and orientations. The museum is organized as a tour of the remains of history, taking a votive stele celtibérica exhibited in the museum as a formal reference.

The Provincial Museum of Zamora, was symbolically inaugurated in 1877 by King Alfonso XII. In 1911 occupies the old convent of Las Marianas (XVIII century) whose building was demolished in 1975. The artworks were stored in the old building of the Hospital of the Incarnation until the 80s was designated as the headquarters of the museum Palace Cord went through a long process of adaptation, stopped coming to work. Finally the final draft instructs the Mansilla + Tuñón study and the museum is completed in 1996, including the church of Santa Lucia, located in the same square of the palace, as visitable warehouse, although not open its doors until July 1998.

The project won the “Mies van de Rohe” Prize for Contemporary Architecture of the European Union in 1997, among others.

The Museum of Archaeology and Fine Arts is located in the lower part of the city of Zamora, in Plaza Santa Lucía 2 neighborhood in medieval times was called “Puebla del Valle” near the Duero River community of Castile y León, Spain.

The museum is accessed through the entrance is opposite the Church of Santa Lucia, which can be accessed from the hill of San Cipriano or from the Plaza de Santa Lucia.

This project is the first major work of Mansilla + Tuñón study, serving as inspiration celtibérica votive stele is part of the museum’s collection, architects Luis Moreno Mansilla and Emilio Tuñón have been a contemporary reinterpretation of historical elements.

The development of the new project had some preconditions, such as the location of Museum and determined by the Church of Santa Lucia, the creaking of the old Palace Cord and adjoining small plot. It was necessary to maintain and improve existing spaces, adapt and communicate with each other and with new construction.

The architects chose to sacrifice the entry by the Palacio del Cordón, which kept the Museum of the city center, benefiting an area Pre-which is reached by stairs from the square or by a ramp communicates with the slope of San Cipriano and runs the Romanesque Wall St. Lucia, making access to disabled possible. This option forced to raise the level of the input.

Access from the hill of San Cipriano created gaps that were utilized for storage, separated from the main body by a courtyard and which can also be accessed from the alley San Miguel and related cultural space areas were created.
The new building was built in the small adjoining the old emblazoned house, which is bounded by rocks in the river approaching the ground.

The museum consists of two sections, Archaeology and Fine Arts. The first covers the history of the province from the Palaeolithic to the Modern Age and the second shows sculptures and paintings made between the fourteenth and twentieth centuries.

The Palacio del Cordón, building early sixteenth century, is an interesting building of civil architecture Zamora, together with the ancient church of Santa Lucia. The noble facade of the building, crowned by cornice scallops and topped ten gargoyles, whose most characteristic element Cover pride as a rectangular frame framed by the Franciscan cord that gives it its name, on top of which campean the shields of their owners The counts of Puñonrostro. In the palace you access the temporary exhibition hall, the hall and the library to which access is only for researchers. Also welcome address spaces and administration.

At the rear of the palace, between it and a cliff under the medieval walled enclosure, the new building, a cubic module inside which are integrated, as exhibition and architectural elements, the remains of the arches of the old courtyard and part was added stair, only remaining original features apart from the facade. In this new space the permanent exhibition of the two sections of the museum, Archaeology and Fine Arts are located.

From the entry level, a wooden ramp leads to different spaces, most enlightened through the canopy. These are organized by rooms with different sizes and heights, on two levels communicated by an off ramp and a long staircase that descends again after the tour, access to the plant.

Concrete walls, painted white and with different thicknesses have perforations mode niches, even at ground level, to expose elements and discover the spaces located on the other side.

One of the most valuable pieces of the museum’s collection are the two treasures Arrabalde, for which the architects created a unique exhibitor-strong cabinet box.

A small attached module consisting of prismatic elements, with a facade to a back alley, houses the restoration workshops.

The church of Santa Lucia, visited museum store, keeps traces of its Romanesque origins in the north wall, as it was amended significantly in the seventeenth century, a time at which owes its current configuration.

The structure is housed within a nearly free of cubic block strong contour. A series of topographic outcrops and different buildings surrounding the museum reinforce this impression. The resort rejects an academic axial composition, quality generally leans towards an architecture that occurs through a sliding between its various components, thus breaking their general appearance and forcing people to walk between buildings, almost touching, of such that the spaces between the rock volumes and improve in the buildings themselves.

In this cube, is of fundamental importance deck that opens to light through a checkerboard care sawtooth skylights, facing north, allowing for overhead lighting in the exhibition rooms, especially the center, where it is exposed the great mosaic from the Roman villa Requejo, in Santa Cristina de la Polvorosa.

A biga reinforced concrete allows saving the great light between walls, controlled entry of light and the evacuation of rainwater.

The facades are nearly blind, with small openings at ground level access and some other holes distributed irregularly.

Its outer walls are made of concrete, coated with small blocks of sandstone of Villamayor, allowing its integration with the environment. Inside white concrete formwork seen. Teak wood used on floors and blinds.

The cover, “the fifth facade” is finished in zinc.

Among the different areas are parts of the structure of the ancient cloister of the Palace have been maintained and incorporated into the set. 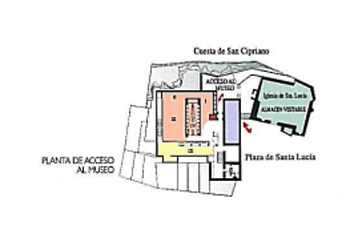 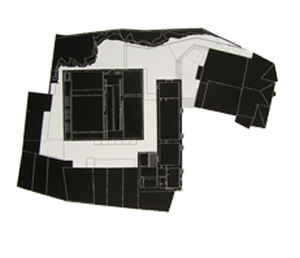 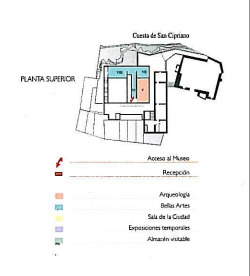 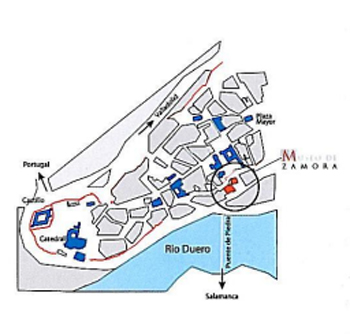 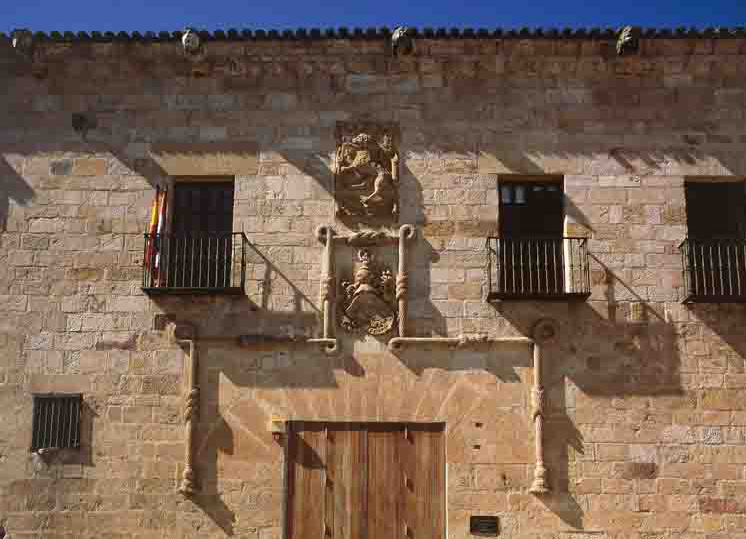 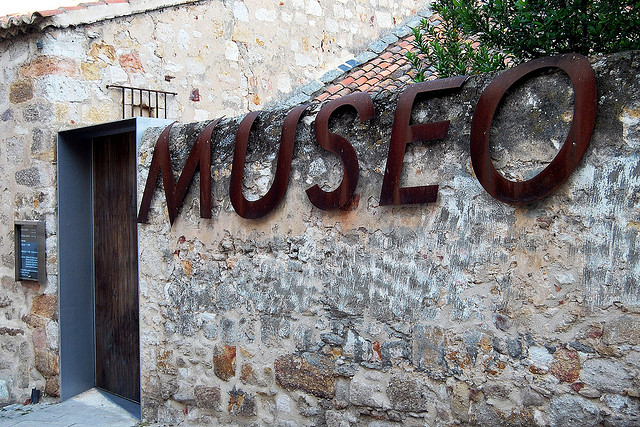 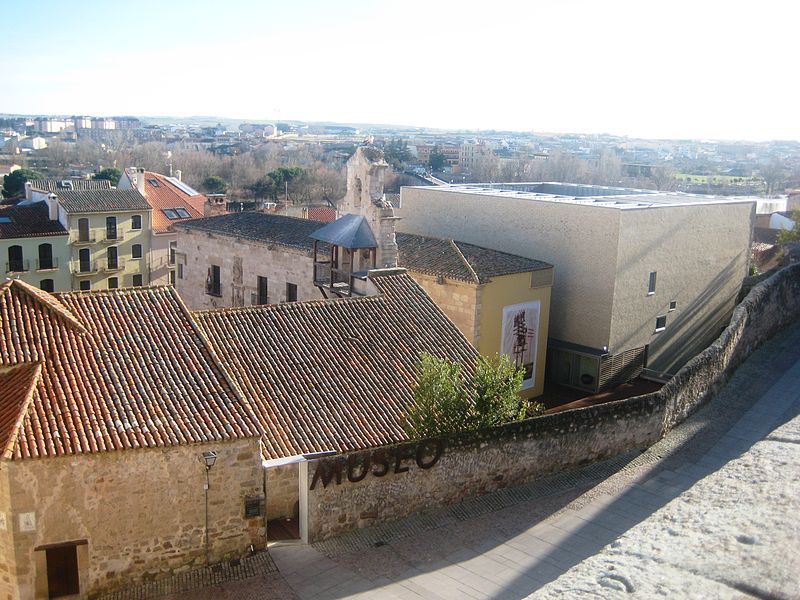 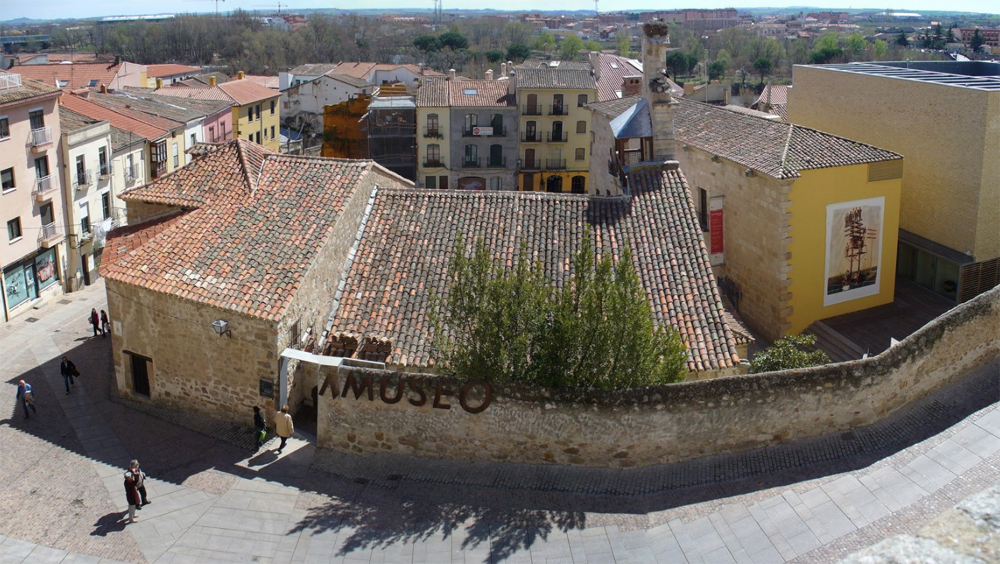 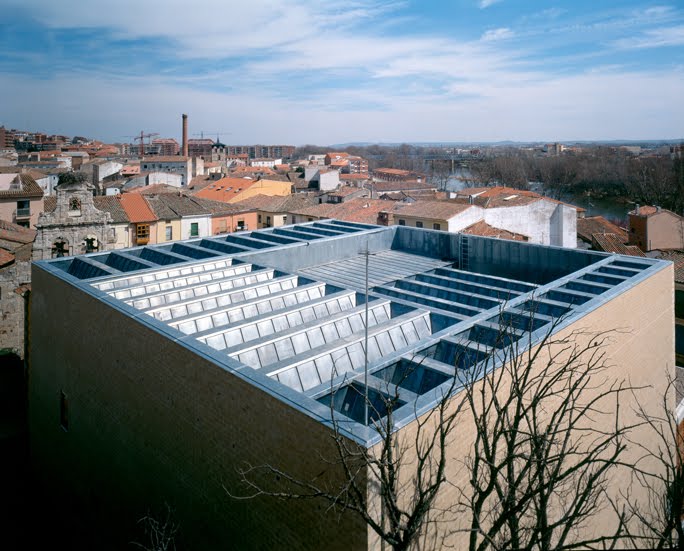 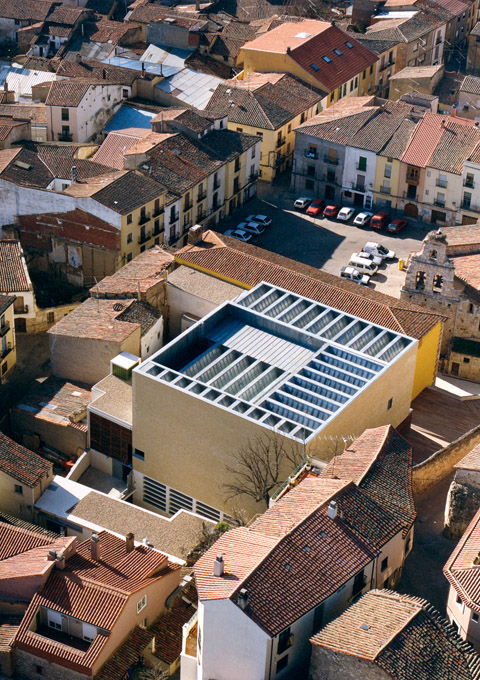 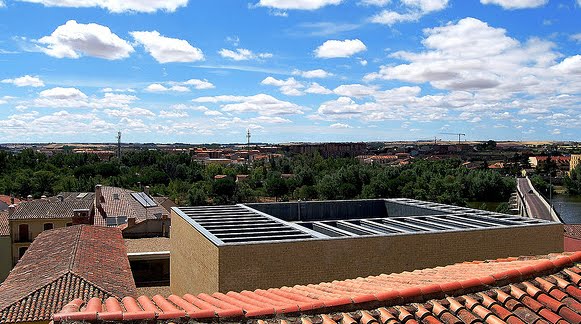 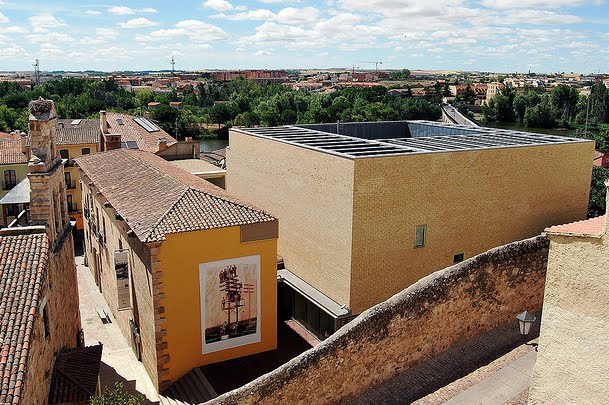 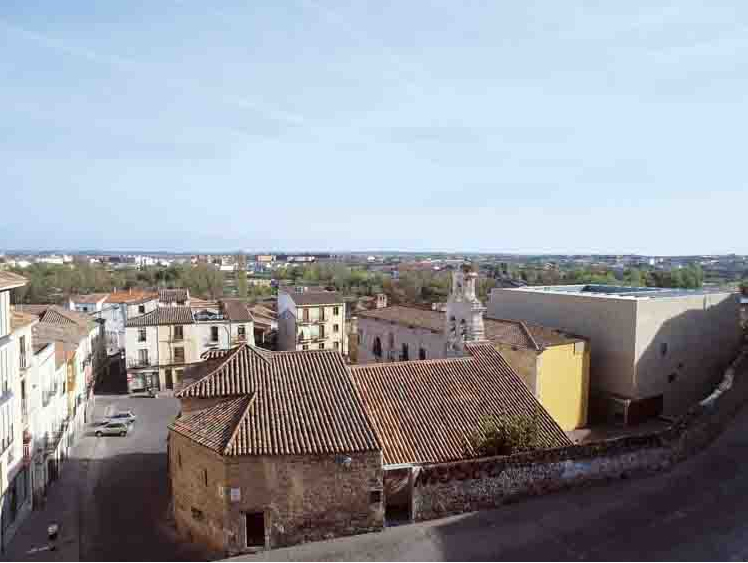 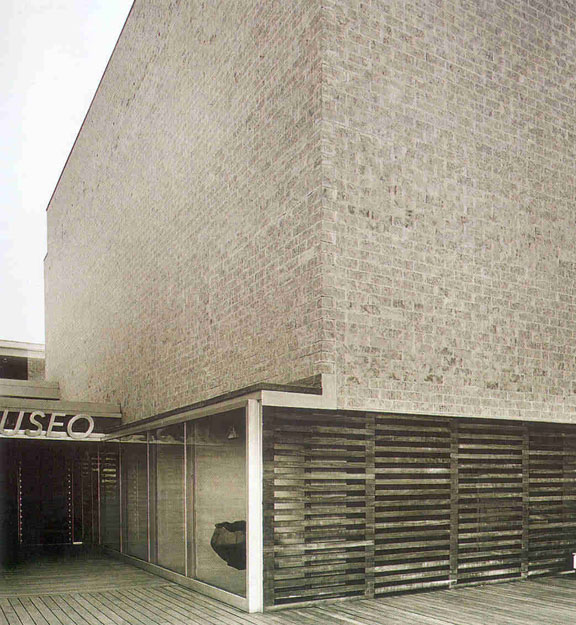 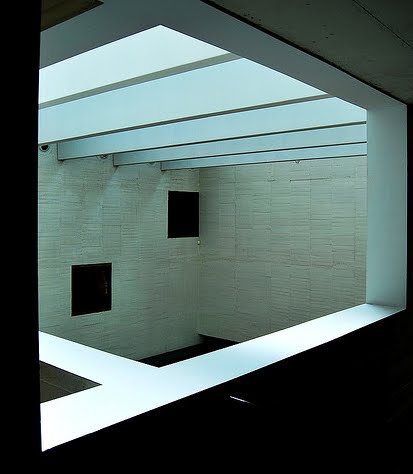 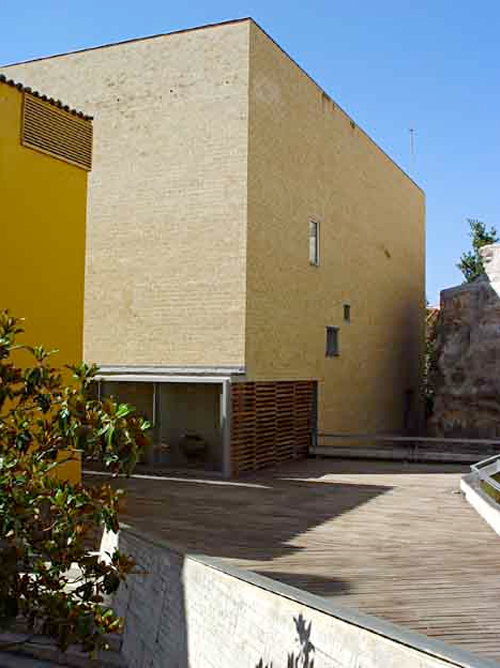 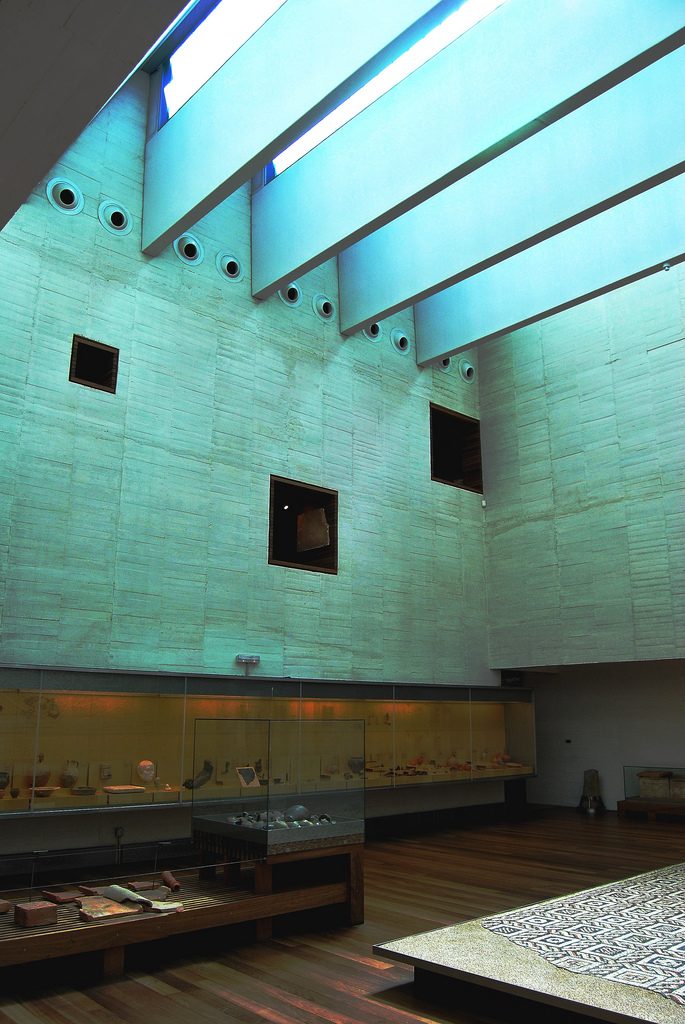 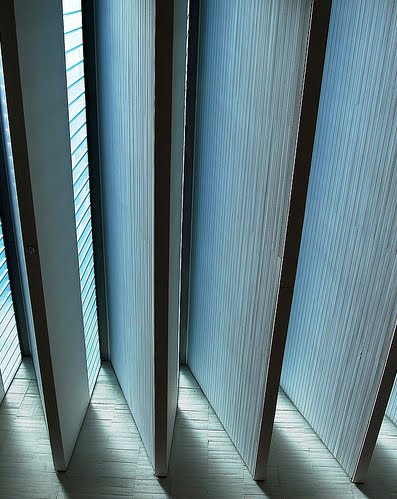 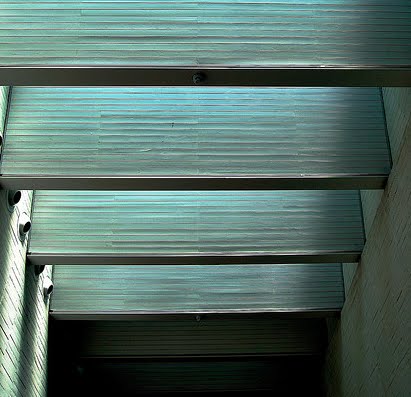 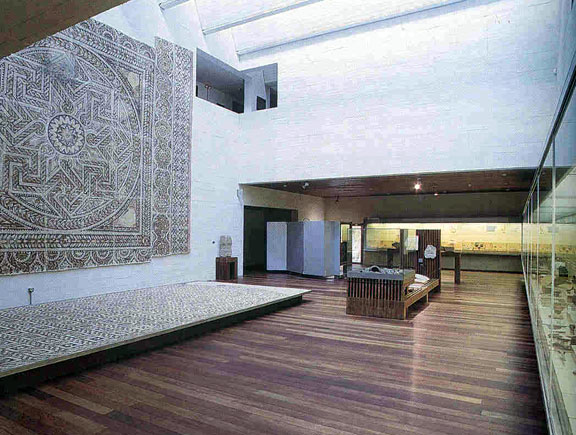 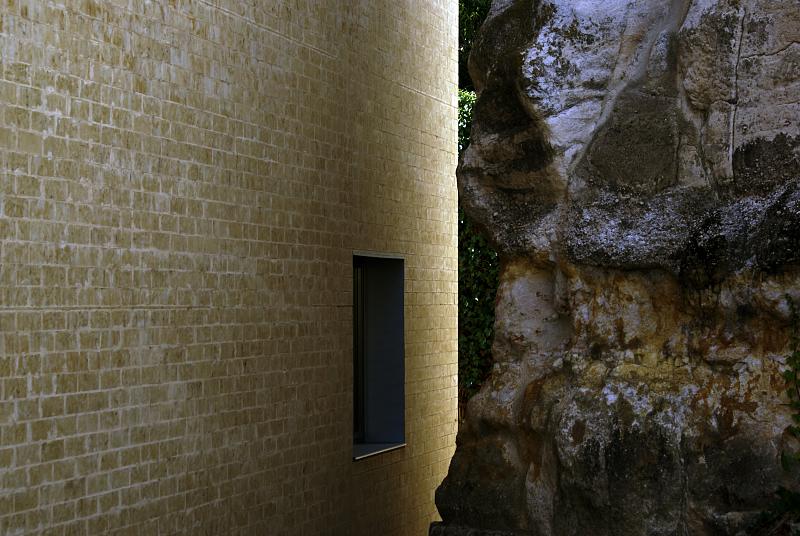 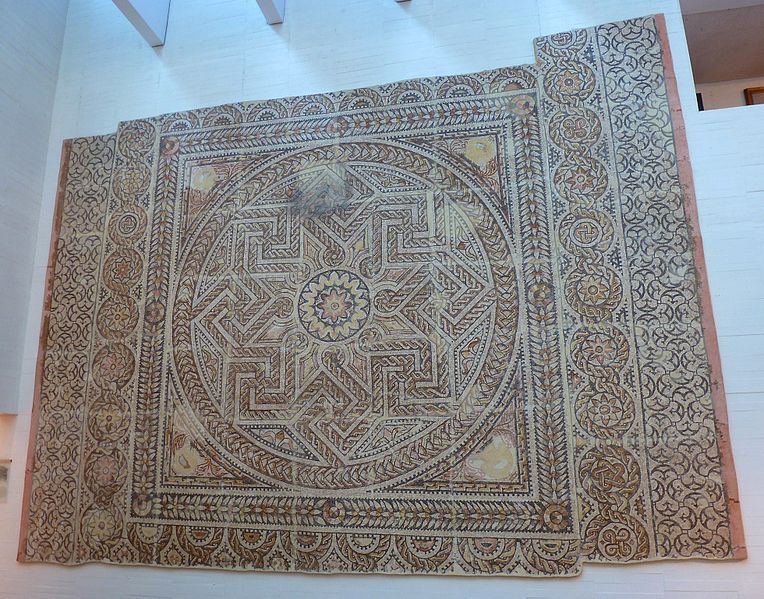 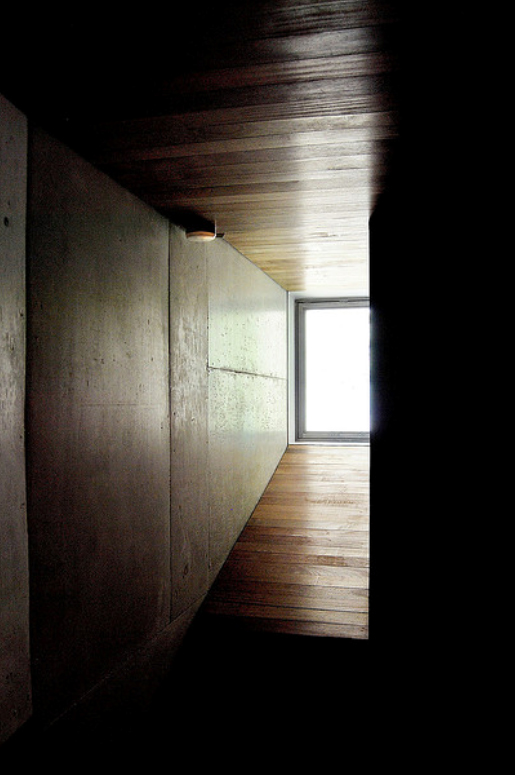 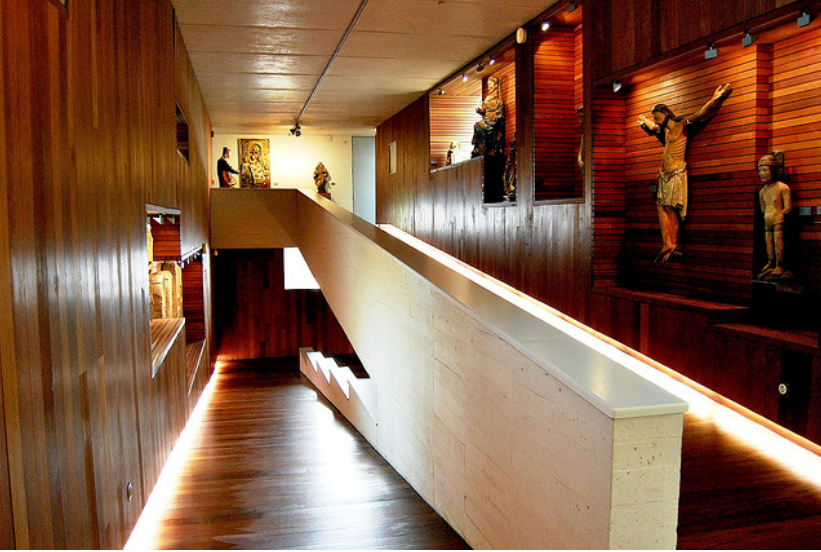 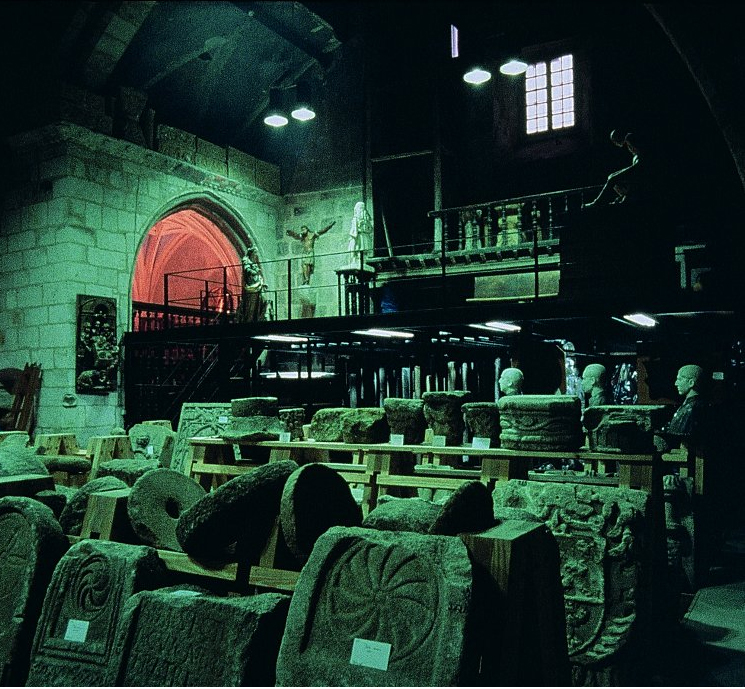 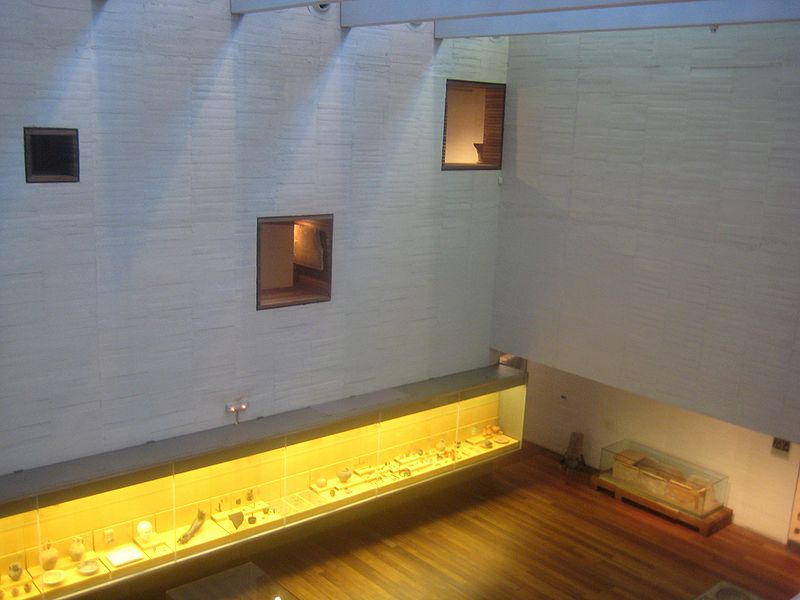 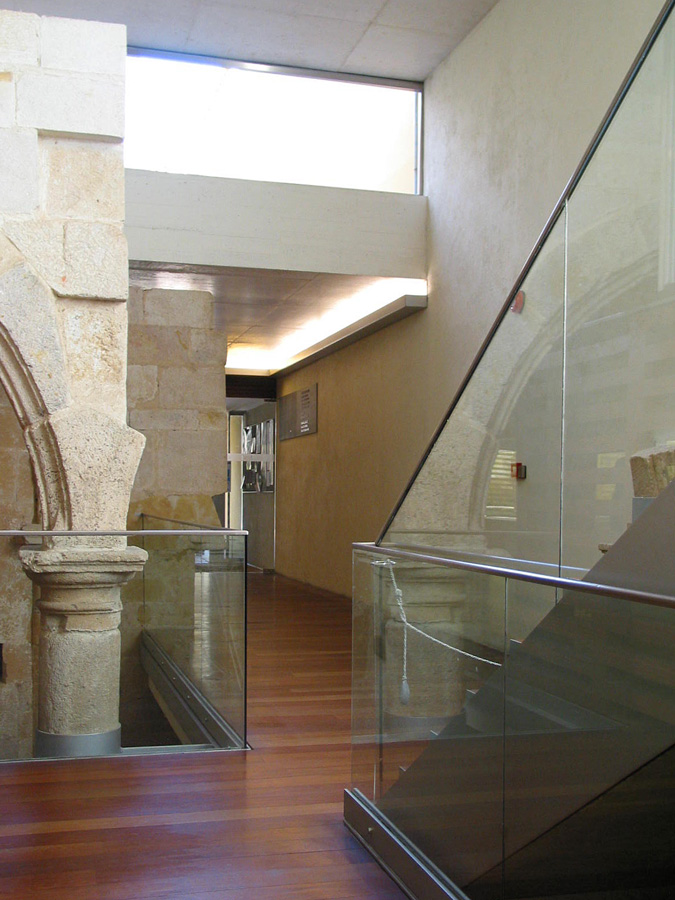