CityLife is the retraining of the historic quarter of the Fiera Milano, won through an international and exclusive reference to four aspects: the flagship of the intervention, the experience of the site, architectural and environmental quality of projects and time implementation.

Of the five projects involving large values of quality and outstanding performance of enterprise, three of these have managed to interpret the content and form of the line established order.

This competition was closed in July 2004, then was transferred to a procedure for approval of steps that were taken by the integrated plan of action (IIP) in December 2005 by the “Comune of Milan”, the transfer of the area to CityLife the foundation of the Milan Fair took place in June 2006 and the signing of the agreement was made in December 2006, which has sanctioned all the operational phases.

The product highlights the decision of the changes include: The extension of the line to cross the new M5 project, doubling the area for the green and modifications to the volumes to better integrate the surrounding space.

Therefore it was decided to replace the Museum of Design, similar to that which is near the Triennale, a Museum of Contemporary Art. It will invest the spread vertically perimeter buildings are made with less height, and most of those in the standard park. C Tower, and much of the park is expected done by the year 2010 and the rest of the project by 2015.

This area is discharged to transfer the show to “Nuovo Polo”, spreading over an area of approximately 255,000 m2 to be added also the redeployment of the areas of community ownership of Milan, being adjacent, forming a surface joint nearly 366,000 m2.

The project is based on a mix of urban functions, public and private in nature, thus making an active place during the day, with the aim of proposing new models and paths to live, work, leisure and enjoy of services.

A strong feature is that the intervention was based on the principles of urban living that is entirely natural to the area, characterized by streets, plazas and paths, while parking will be completely buried.

The core is composed of a large city park, and on whose margins have been five residential areas.

At the center of the area arising three towers, designed to accommodate functions preferably tertiary structures is also home centers dedicated to culture and leisure, like the Palace of Science, Museum of design and service center.

The new project revolves around a large public park, being the third dimension in the city (after the Sempione Park and the Public Gardens). This park is designed to be used to break through areas, bicycle paths and play areas for kids.

It comprises 50% green and 50% of area of intervention.
It sits well on the structure and rating of the entire program and at the same time develops an attraction and also to protect the population from the outside area.

It was designed to be a smoothly through the integration of pedestrian and bicycle paths and its broad fronts in direct contact with the surrounding neighborhoods.

The basis of the green is planning to move forward the concept of environmental sustainability, according to a balanced perspective to the context around it, based on principles of landscape ecology.

This system of urban green again, brings an element to improve the environment of the city, restoring the possible activation of an effective ecological network.

This space houses a number of activities and functions that sometimes tend to meet the daily demands of work and leisure activities of citizens, businesses and organizations. Which are planned for restaurants, bars and entertainment, such as commercial high-quality rooms multiplexes, association headquarters, post offices, banks and business services.

The Museum of Design, designed by Libeskind, five plants in dynamically recreates the famous Leonardo da Vinci scheme on the proportions of the human body, as the plant is a perfect square at ground level, but will gradually into a circle at the top level.

The building is designed to give the public collections on the history, the present and the future of Italian design.

This museum was created in collaboration with the Milan Triennale, part of the broader project initiative, designed to give evidence and to illustrate one of the great traditions of excellence and the culture of Milan.

Near the museum run by the Center of Design, designed by Maggiora, where commercial offices are located and exposure of major Italian companies, from the decor to the lighting techniques.

The two buildings are dedicated to the design functions and will be further integrated into the appointments of the fairs that are adjacent to the Milan Fair City.

An area designed for children and youth.

The structure recovered Hall 3 of the Fair of Milan (ex Palazzetto dello Sport) has some significant architectural parts.

The project stems from the requirement of the citizens of Milan to a room for kids under 18.

It is the largest cultural center for children in Europe with 15,000 m2.
Born of the experience of the Foundation Muba and comparison of the best achievements in Italy and abroad in the field of education.

Educational activities that will be hosted favor learning through play and promote curiosity and creativity in situations and environments found inusuales.Se game shows, a space dedicated to intellectual education, laboratories and art of music, inspired laboratories andalusia work of Bruno Munari, a theater and a library for children and adolescents, a kindergarten and a nursery.

The boys are the protagonists of each activity, they may choose from a wide range of topics and proposals, thereby ensuring their own inclinations and develop their own ability.

The three towers located in the center, housed work, helping to redesign the lines of the city.

Designed by Arata Isozaki, thin skyscraper 210 meters high, will be the tallest building in Milan. Called “Endless Tower”, the predecessor of conceptual art created in 30 years by the Romanian sculptor Constantin Brancusi. The tower repeated indefinitely in the same module in a vertical, so that could do infinitely seamless continuity, expressing the desire for absolute verticality.

Designed by Zaha Hadid, parallelepiped twisted and irregular, using turning gradually from one level to another, a plant type that varies its orientation as it rises up to 170 m. seeks to provide a sensation of movement.

Designed by Daniel Libeskind, the “Emerald Green”, which read complex structure to distinguish between glass and light, which is the content and what the continent, which form and which the fund.

Five residential areas overlooking the park that are characterized by varying types and sizes, designed to propose new models of public housing. The unit is characterized by high quality design for flexible and diverse housing in the vastness of the green.
Each unit has an own parking buried.

Images with changes on the original project 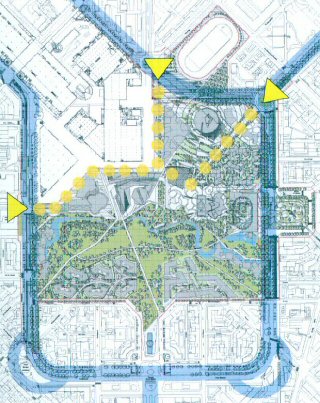 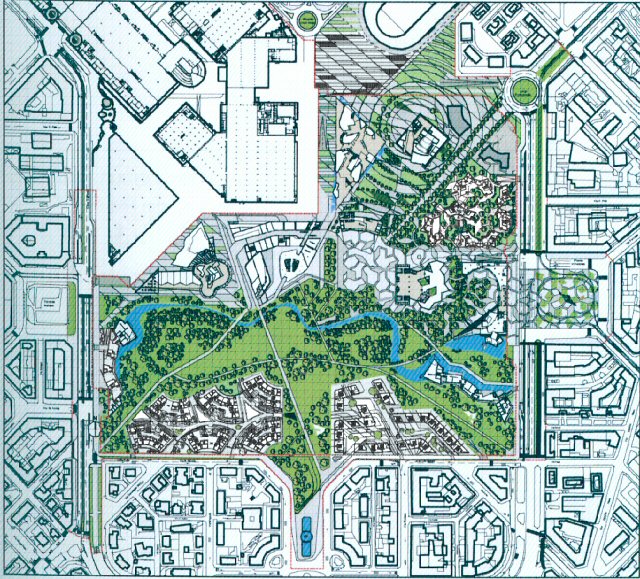 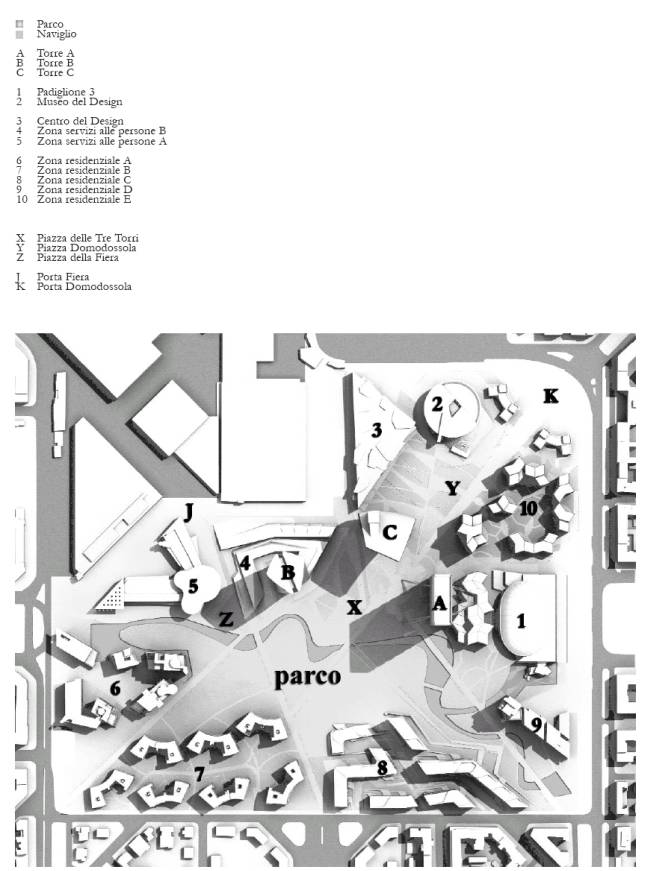 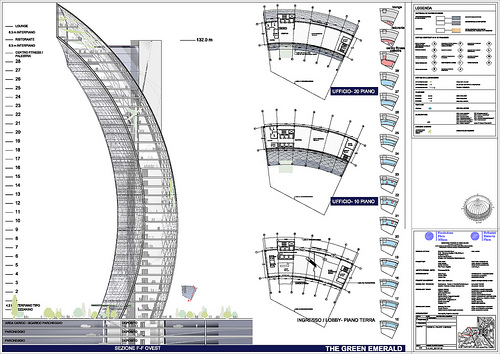 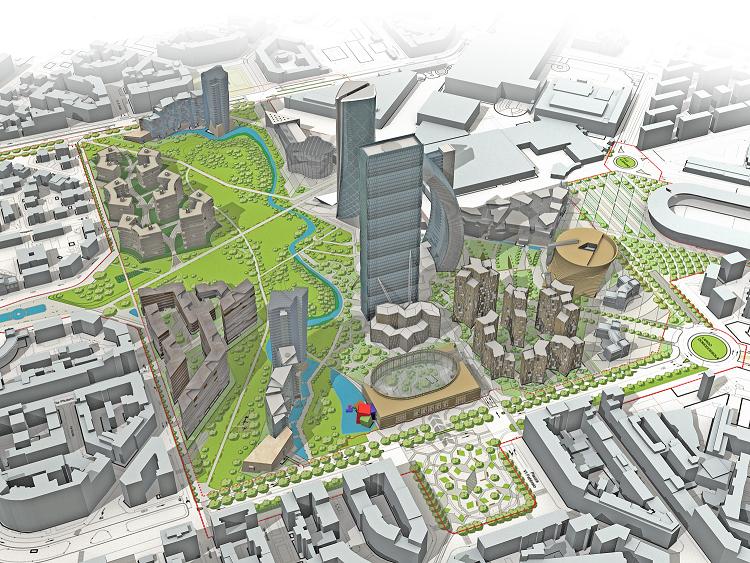 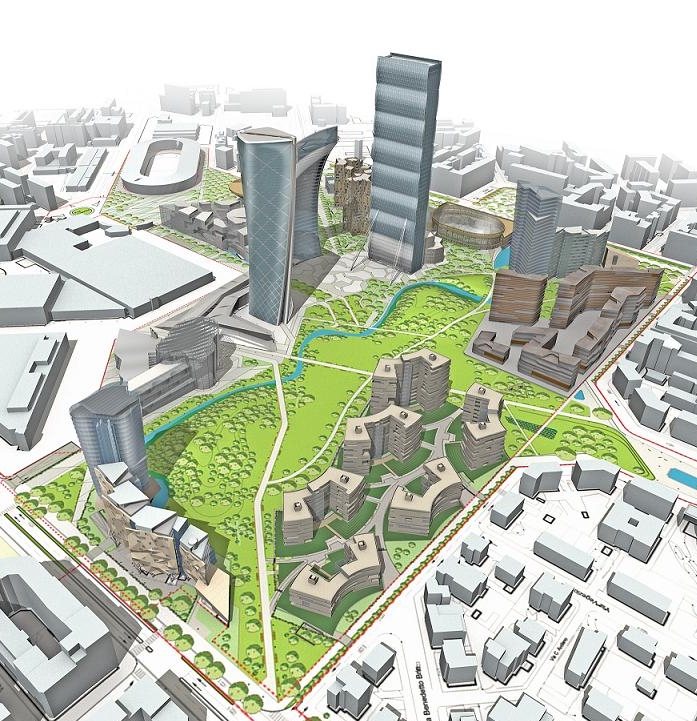 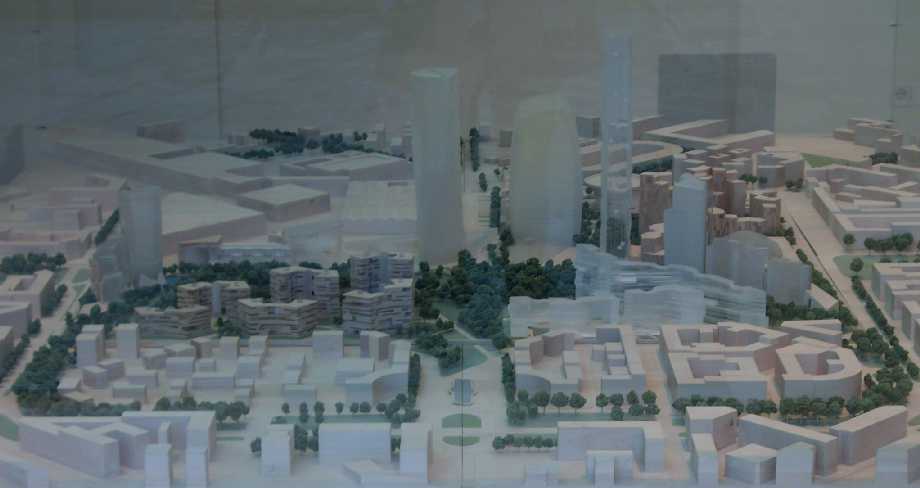 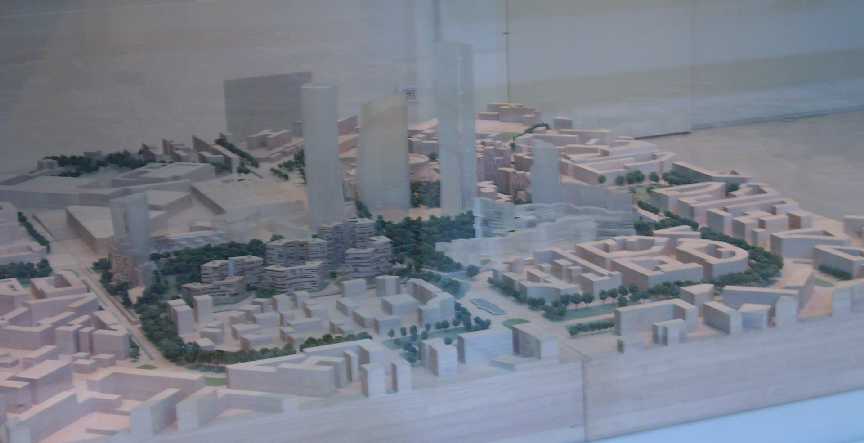 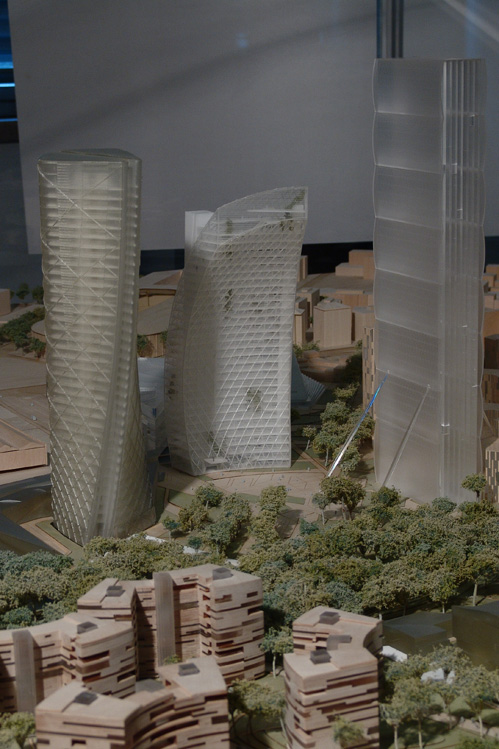 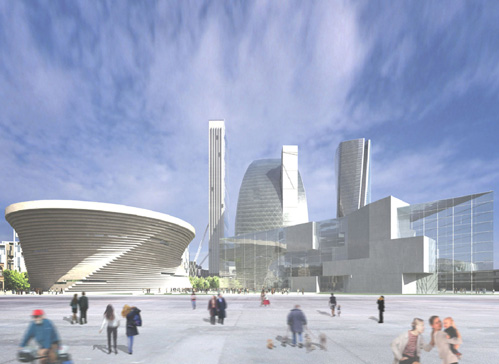 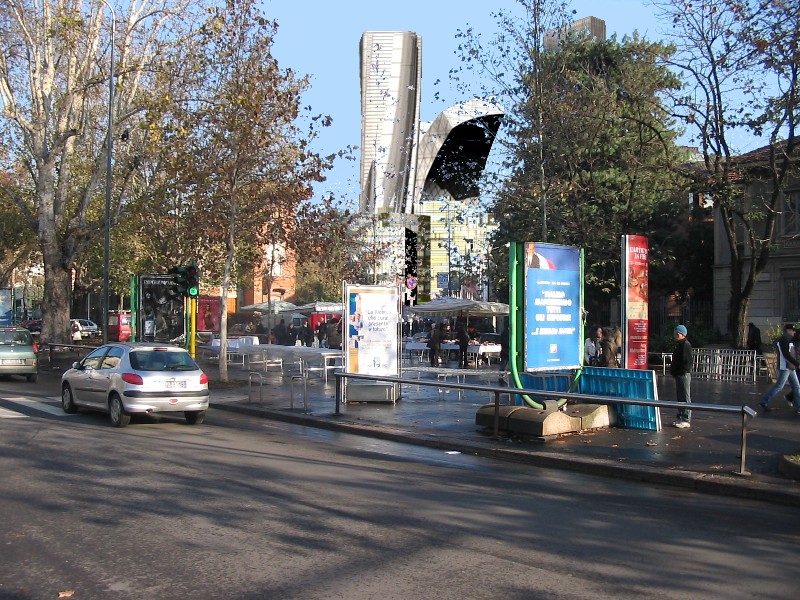 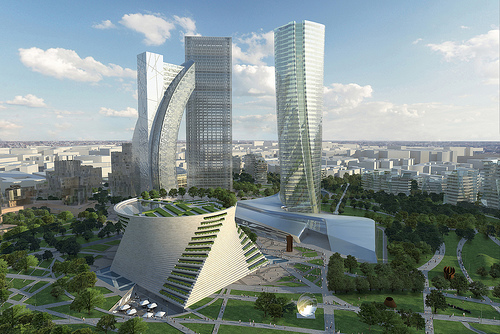 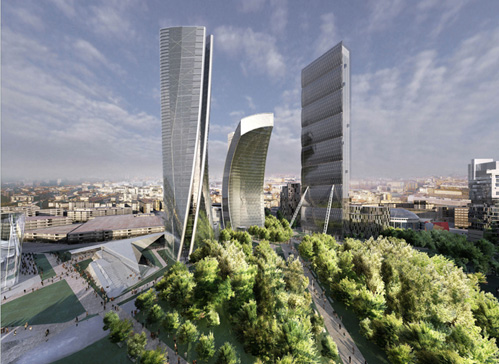 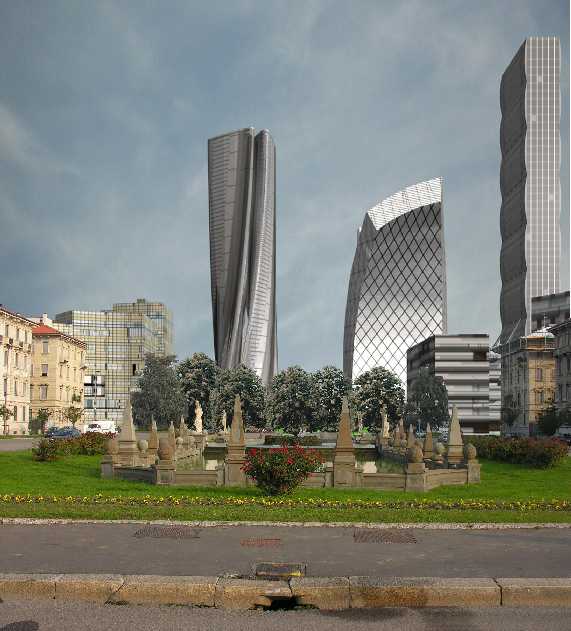 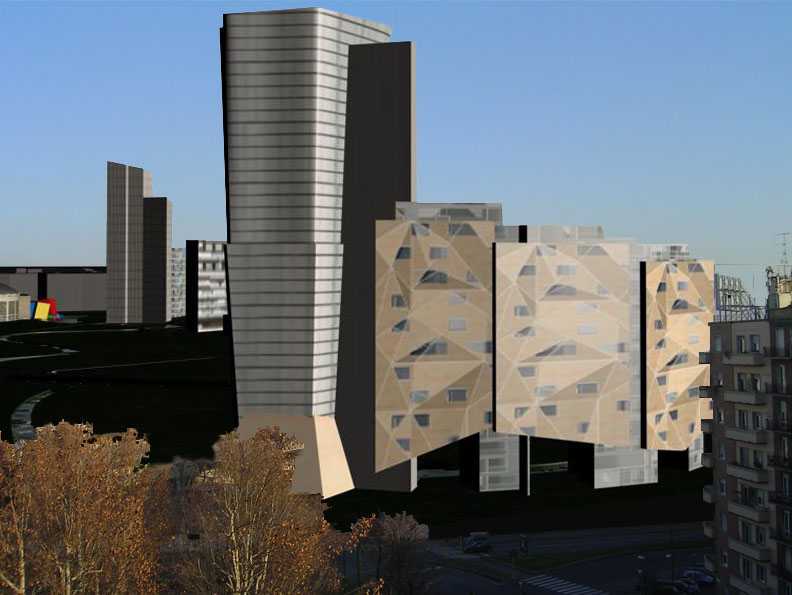 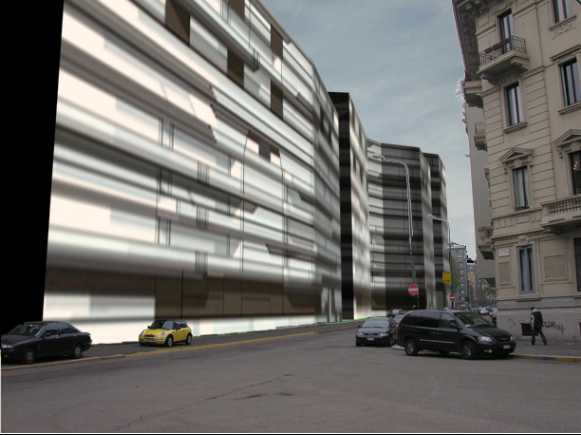 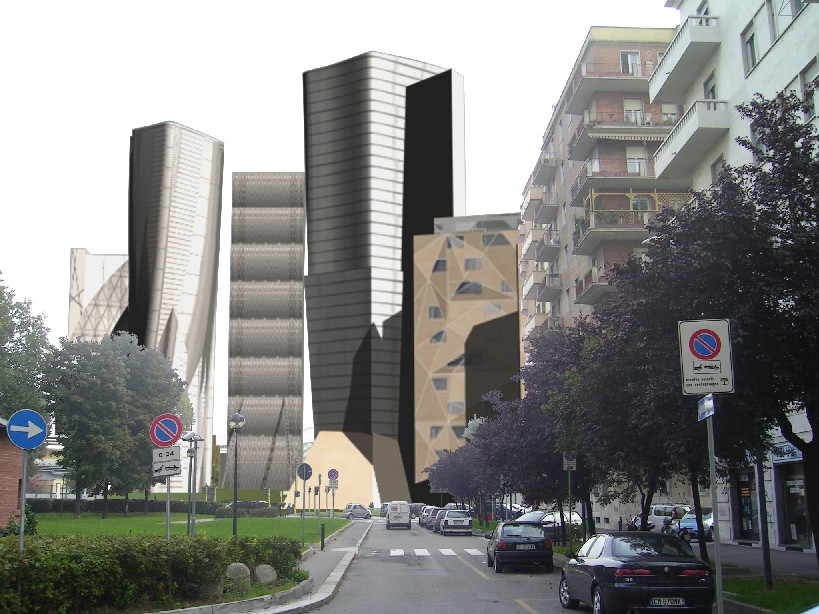 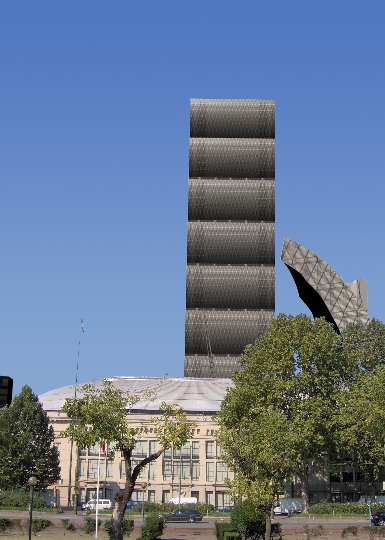 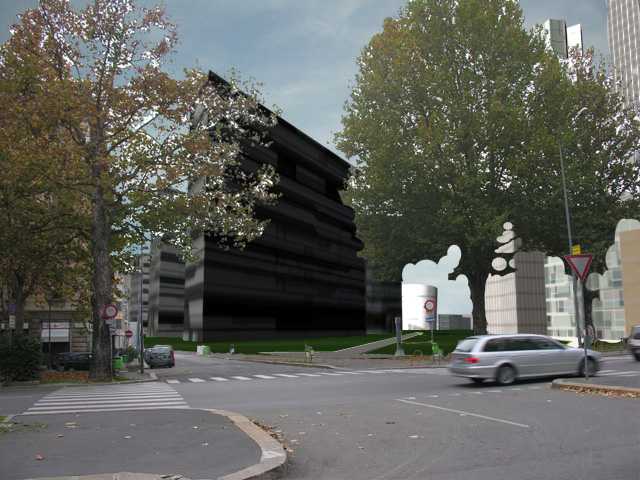 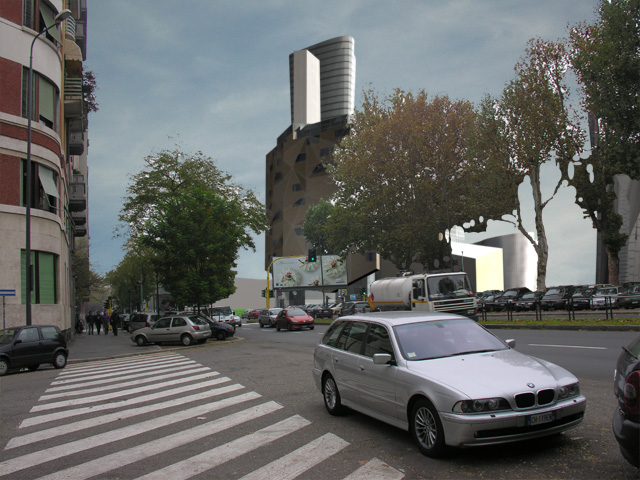 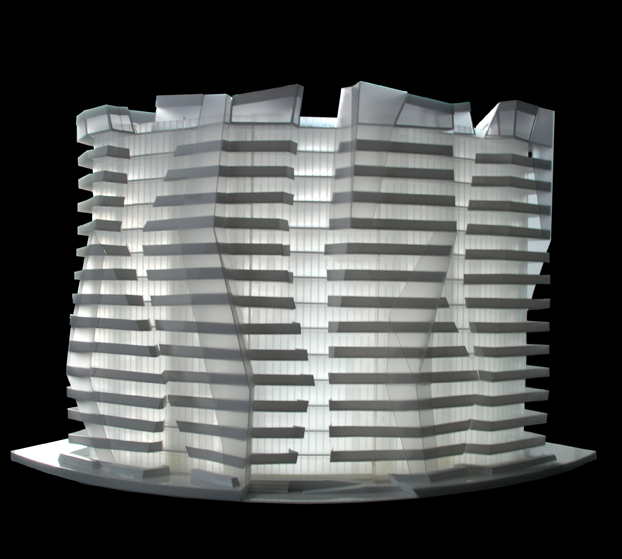 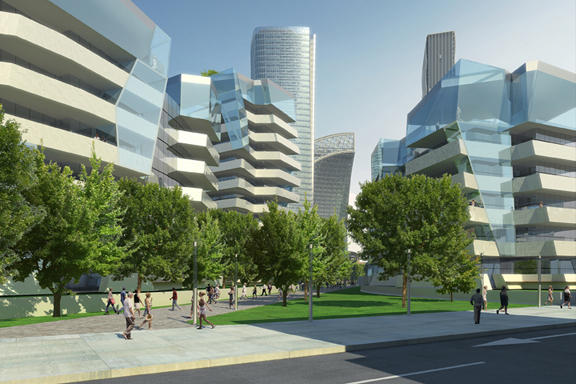 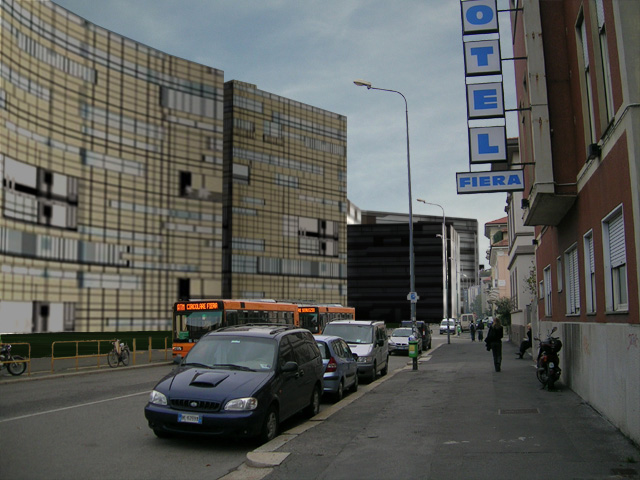 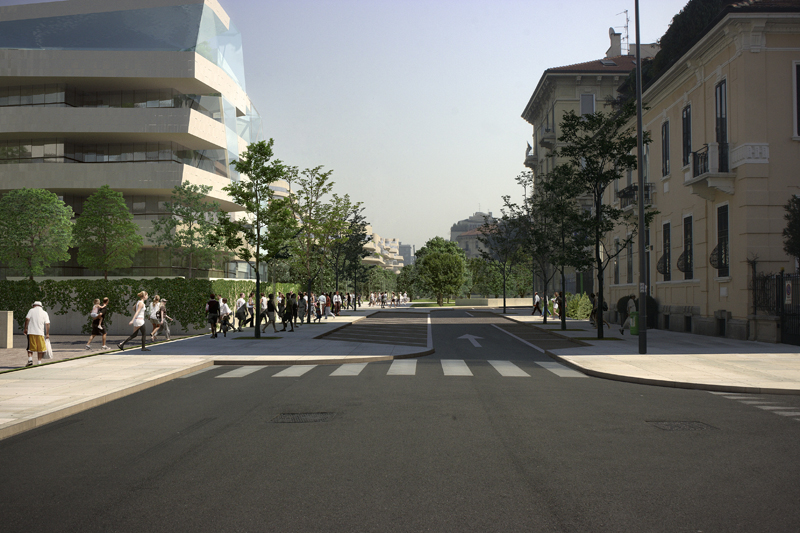 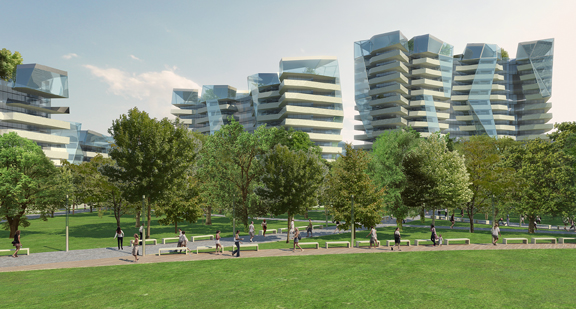 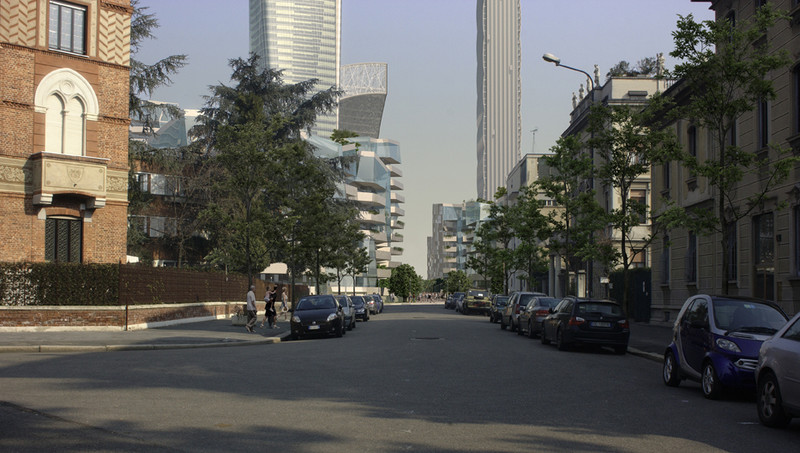 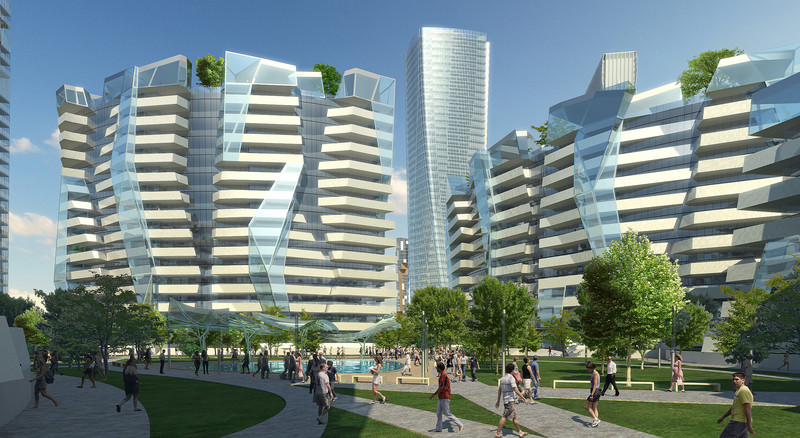 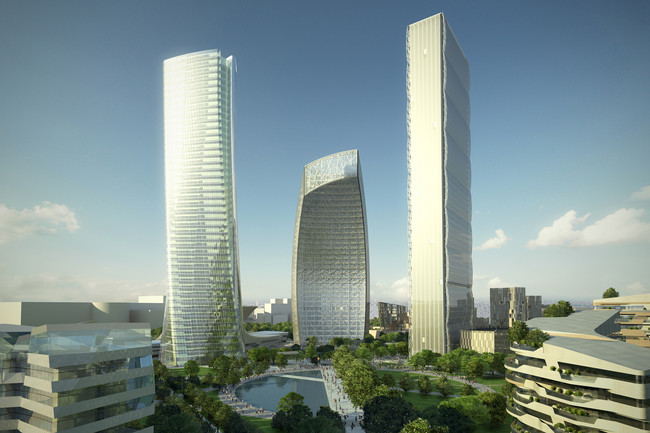 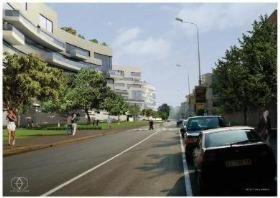