The district Guinardó climbs through the foothills of the central hills of the city, where the slopes of the plain of Barcelona began to grow, just before they become open in the mountains. Its expansion is a tissue midway between the power of the Eixample Cerdà, which is one of the more robust images of Barcelona, and the smaller scale of the settlements on its banks. Separated from the core of Guinardó the Hospital de Sant Pau, this small extension is a piece of city with strong ties to eastern district of Gracia. It is a place with parameters, where urban character is not inconsistent with the more extensive tempo of activities and where interventions should respond to the needs that are defined by this highly limited.

As in much of the city of Barcelona, creating new public spaces here is possible only after the demolition of disused buildings. In this case, the garden could be constructed after demolishing, almost entirely, a former military barracks. There is only one wing. The rest of the field allowed the opening of a new road and also to give rise to public space, was established as a reserve for the construction of new facilities.

The duality of space-age equipment is what gives this piece a nuclear character, a catalyst for the activities of an industry which happens to constitute a central element. The measures of land intended for public space, about 2 ha-dovetail well with the scale of the territory to which to respond, and typological resolution was adopted, a garden with a large central plaza and collected some spaces around-must help meet the different types of activities that involves such a context.

The landscaping is generated from the wooded area that constitute the central courtyard of the barracks. This was a horizontal surface in a square surrounded by some bananas that have been in the time of demolition. Taking this surface and those bananas, has created a vast expanse of “Saul” bigger than the original space and which are possible all kinds of group activities, both public events and games that require large spaces.

This large central plaza is built by incorporating various elements. The most important of these is undoubtedly a sheet of water reflecting the surrounding vegetation allowing children to play. With a depth of 50 cm and an area of 1,900 m2, this mirror offers a changing play of light and reflection that is a focal point from inside the garden as their perception from the neighborhood around it. In your environment, pine groups qualify differently the various parts of the esplanade and, without restricting the use for group activities designed to provide excellent area light and shadow, and differentiating living areas and game. A number of banks and various lighting columns equipped with the esplanade.

The gap that occurs between the central space horizontal and sloping streets of the environment is saved by a series of terraces and shrub beds that resemble the traditional practice of the terraces. But the elements constructed here has a purely functional, with no expressive value, for the vegetation to hide behind it and leave the spotlight. The image of the garden is given by the natural elements and the elements constructed to serve only those acquire their maximum expression.

Each group of terraces is planted with a plant species itself, so that the whole is perceived as a series of large volumes of bloom and color characteristics specific to punctuate it throughout the year. This treatment of the vegetation and the fact that the area it is more than 7,000 m2 convert the garden into a living space and variable, both for the users and the environment for residents who can enjoy the changing landscape from windows. The time is present and alter the perception of space as it goes.

These masses shrub is a series of wooden platforms with benches and trees that are small islands of peace in which to forget the environment. To get there by road straight, also of wood, saving level differences through vegetation. Indirect lighting, distinct from the central plaza, also at night allows the character of these spaces hidden in the vegetation is more intimate than the central area.

But the garden, in addition to adequately articulate a variety of spaces that help to meet the needs that is confronted, it must also have a correct relationship with the environment if you want to become a meeting point for the neighborhood. Therefore, the Navy and Lepanto streets connect with the great central esplanade through four ramps that are located across the street and Rosalia de Castro Carolina. Thanks to them it is possible to continue the street grid of the area and enhance the pedestrian flow between the various sectors of the district crosses the public space. The fact that, in addition, the ramps are in front of what will be the new equipment to build the other side of Lepanto Street strengthens its nodal nature within the urban fabric.

These ramps are the only elements that deliberately express condition of constructed elements. With the concrete wall and the granite pavement, acquire a clarity that highlights both sides of the central platform and expressively emphasize how far the creation of an urban space is not only a problem of shaping the land available but also build the city through it. 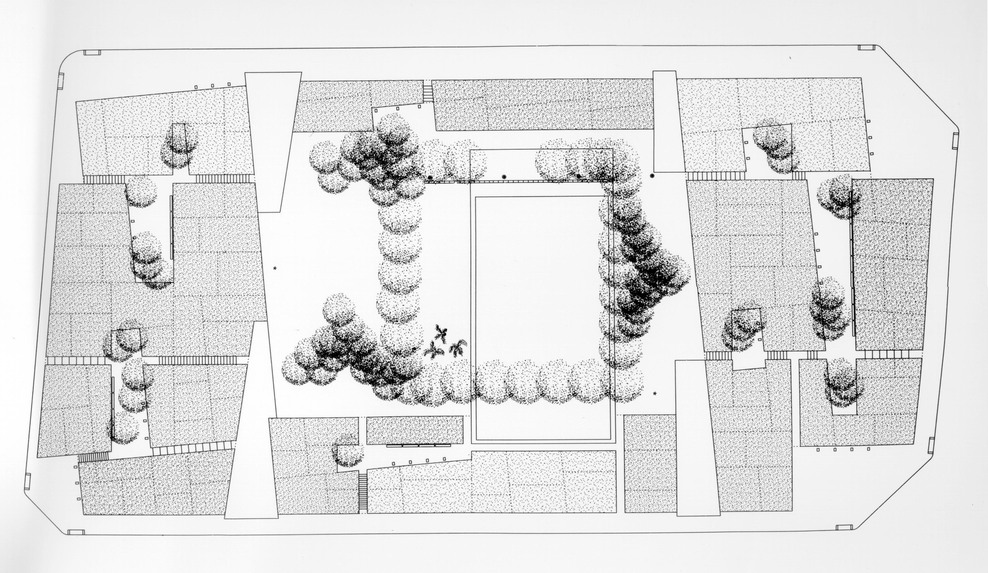 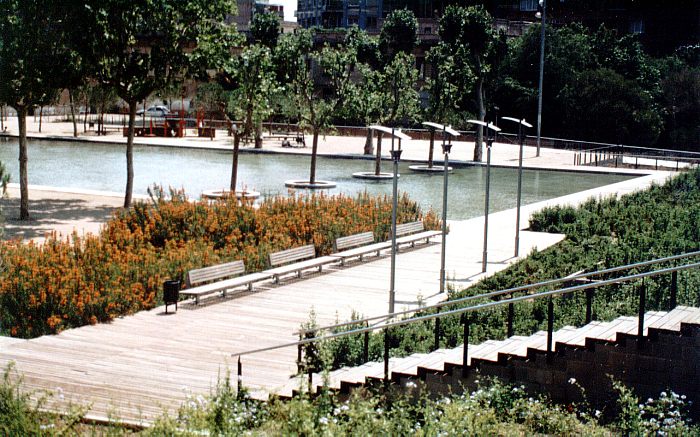 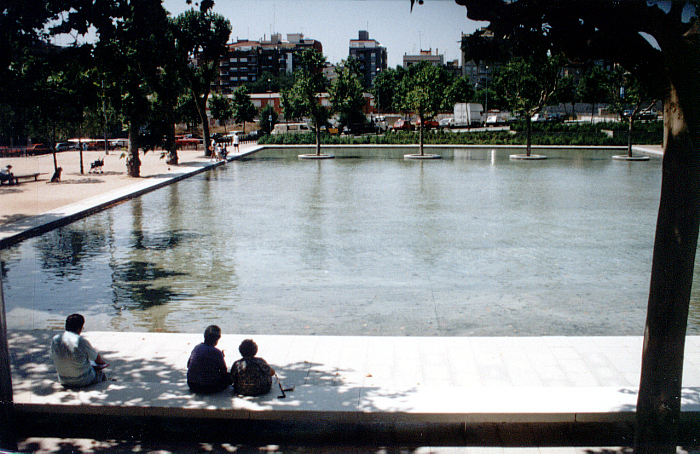 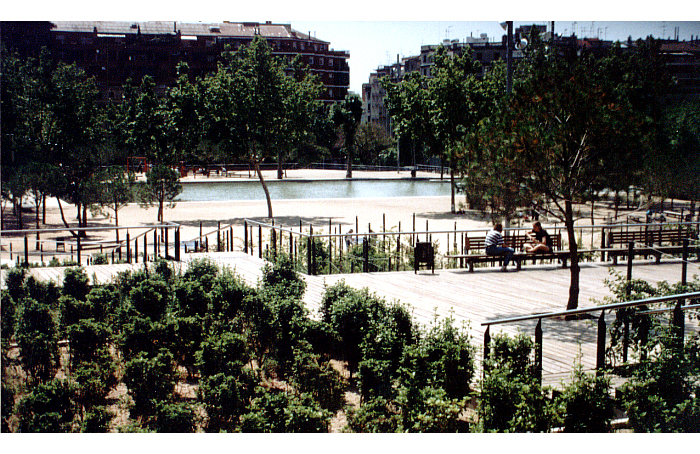 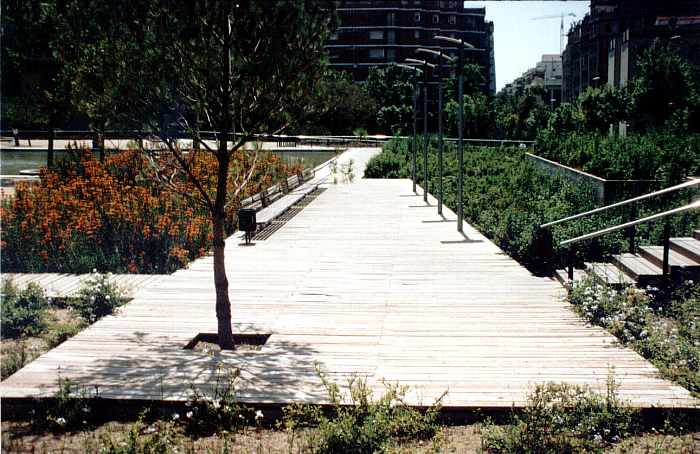 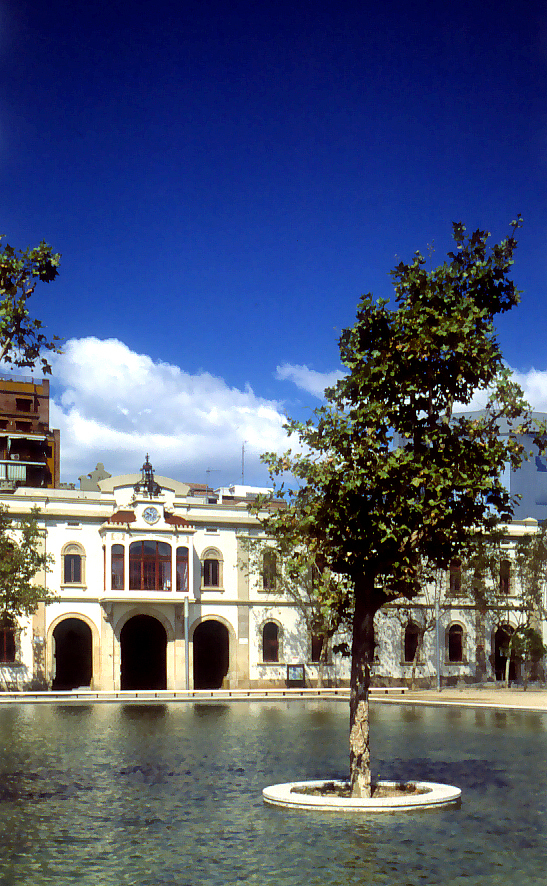 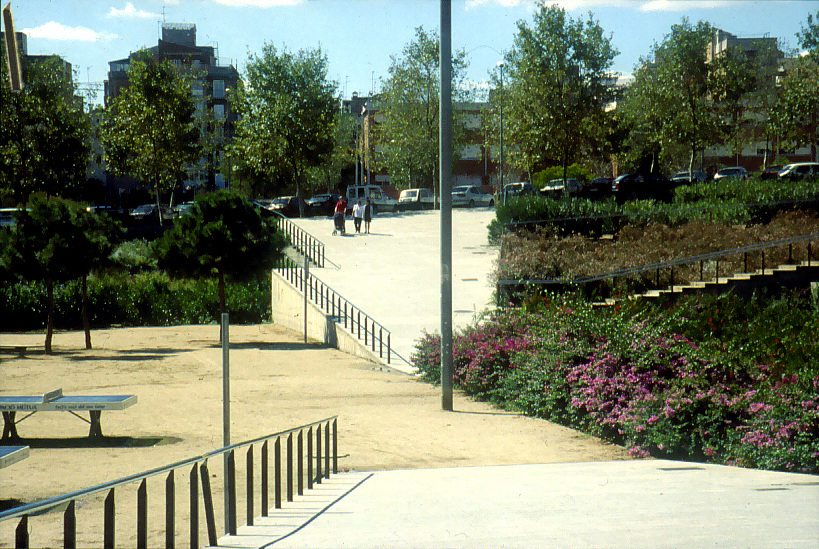 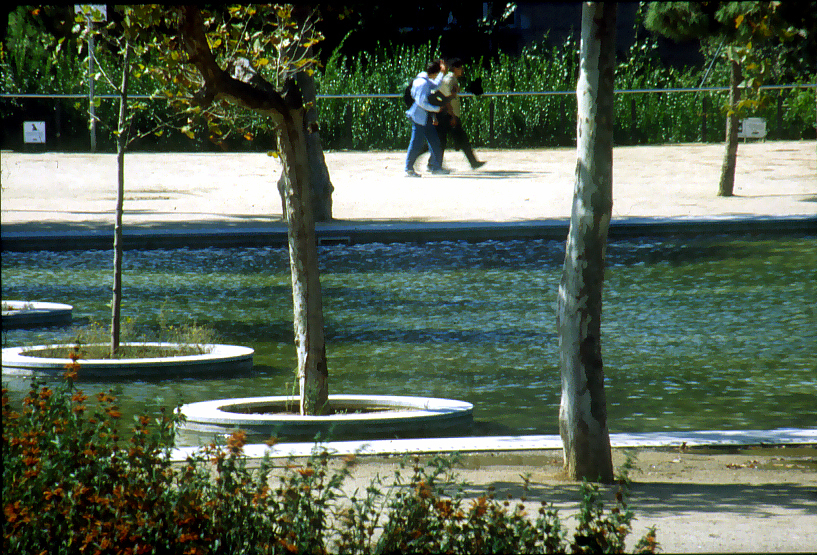