According to the World Resources Institute, the energy sector and the construction industry account for more than 40% of global emissions and heat retention. As the world population and the severity of the climate crisis continue to grow, there is the challenge of thinking about how to build responsibly, creating high quality spaces for people and at the same time reducing the environmental footprint.

The  Powerhouse Brattørkaia, as the world’s most energy efficient building in the world, aims to set a new standard for the construction of tomorrow’s buildings: that they produce more energy than they consume during their useful life, including construction and demolition. This also includes the energy incorporated into the materials used to build the building.

The achievement of this project is the result of collaboration between several partners. These include Entra property development company, Skanska construction and development company, ZERO environmental consultants, Asplan Viak consultancy and Snøhetta’s award-winning architects. This is the fifth Powerhouse that the Snøhetta studio has developed, including Drøbak Montessori High School, Harvard HouseZero, Powerhouse Kjørbo, these three renovations, and a residential project, the ZEB Pilot House. All these buildings have drastically different designs and, nevertheless, all will be positive for the environment over the course of 60 years.

The construction of the Powerhouse perfectly complies with the UNFCCC Paris Agreement that seeks to limit the actions that increase the global temperature, which is why it has received the highest classification in environmental evaluation, the BREEAM Outstanding certificate.

The Brattørkaia Power Plant is located next to the port of the city of Trondheim, Norway. Located 63º north of the Earth’s equator, it offers the opportunity to study and explore how to generate and store solar energy in difficult conditions since sunlight in this region varies greatly according to the seasons of the year. Its communication with the Central Station of the city is done through a pedestrian bridge built in the back of the building.

Powerhouse Brattørkaia aims to establish a new standard for the construction of tomorrow’s buildings, one that produces more energy than it consumes during its useful life, including construction and demolition.

One of the pre-construction steps was the ideal choice of the site, a place that would guarantee maximum sun exposure during each of the seasons. Once the challenge was found, it was to find the best architectural way to use and store this energy. With this concept and a triple objective: to maximize the amount of clean energy produced by the building, minimize the energy required to execute it and serve as a pleasant space for its tenants and the general public, the Snøhetta studio designed a building whose sloping roof and Pentagonal, together with the upper part of the façade, is lined with 2,867 m2 of solar panels, strategically located to take advantage of as much solar energy as possible.

This surface of solar panels produces a clean and renewable energy of 458,457 kWh per year making the building work as a small generating plant located in the center of the city.

The building with 17,800m2, 13,500 m2 on the ground level divided into 8 floors and one mezzanine,  has on the facade that looks at the sea the narrowest face to show a scale similar to that of its neighbors. It also has a mezzanine and underground parking.

In the offices that overlook the exterior, wide spaces flooded with natural light, the tenants have a panoramic view of the Trondheim Fjord and Munklolmen from the large glass windows. The building offers commercial offices to numerous firms, including Skanska, the construction company that participated in the project and opens its regional headquarters in the new building.

Inside, a large atrium that functions as a public garden is surrounded by horizontal crystals that allow natural light to enter the bar on the ground floor and the visitor center open to the citizens of Trondheim as an educational resource for school groups and the general public . In turn, it allows natural light to enter the work spaces that open to this atrium on each level. The visitor center explains Powerhouse’s energy concept and supports public knowledge and discourse on sustainable construction strategies for the future.

In the building’s footprint a large space has been incorporated for the storage of the energy it produces, allowing the storage of the obtained during the summer, in which the daylight is almost total, 20 hours, to be able to use it in the winter months when this is minimum, 5 hours.

The structural system of the building consists of a low-emission concrete thermal mass that is exposed through strategic roof cuts. The mass absorbs and retains heat and cold and helps regulate the temperature in the building without using electricity.

A massive “skylight” incorporated in its polygonal roof with a steep slope, allows sunlight to seep through the central atrium. The roof is inclined to optimize the maximum energy harvest and covered with more than 2800m2 of black solar panels that absorb as much energy as they can during long summer days and store it for winter.

Taking advantage of certain technologies such as building insulation for maximum efficiency, installing intelligent solutions for air flow so as to reduce the need for heating, heat recovery solutions to ventilate air and gray water (except for those coming from toilets ), using seawater for heating and cooling and implementing low consumption appliances, the building is extremely energy efficient.

The Powerhouse prioritizes the physical comfort and well-being of the occupants of the building with strategies that balance their focus on fresh air and thermal comfort with extreme energy efficiency. The ventilation system provides clean and pleasant air to the interior spaces and adapts to the temperate and humid climate of Trondheim. The office area contains technical facilities for the supply of air that regulate ventilation. The air is let out near the floor, at low speed, while the extraction is done centrally by suppressing the axes of the stairs. In addition, the building’s structural system consists of a thermal mass that is exposed through strategic roof cuts. The mass absorbs and retains heat and cold and helps regulate the temperature in the building without using electricity.

The optimization of the daylight conditions throughout the building’s design allows the Brattørkaia Powerhouse to supply neighboring buildings, electric buses, cars and boats through a local micro network, as it produces more than twice the electricity consumed daily.

In order to reduce the use of energy in lighting, the building employs a concept called “liquid light”, which allows artificial light to dim smoothly according to the activity and movement in the building. With the whole set of strategies used in the Powerhouse the building consumes only half of the amount of energy for lighting than a typical commercial office building of similar size.

The narrowest facade of the building, which faces the water and reflects its figure in the Trondheim fjord, just like the rest of the building is clad in black aluminum and solar panels.

For solar panels to produce more energy they must be at an angle of 90º towards the sun. As we approach the equator this angle will be more flat and if it is towards the more inclined poles.

With respect to the existing surface under the roof, the more square meters more surface covered with solar panels is needed to meet the needs of the building. For this reason in a skyscraper it is very difficult for the installation of solar panels to produce enough solar energy for the entire building, unless they are also placed on its facade. 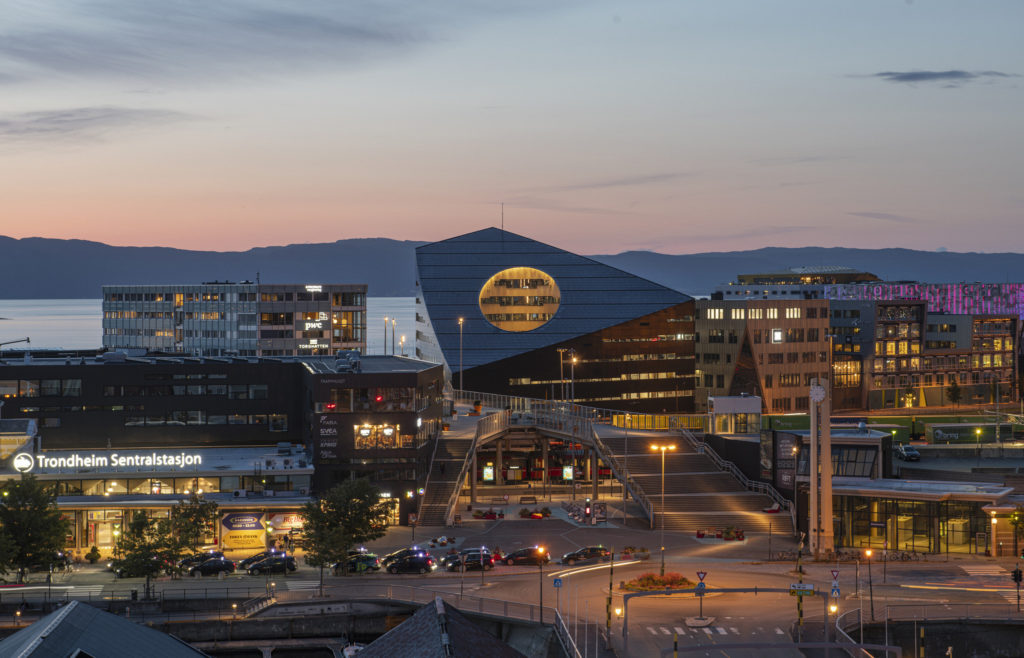 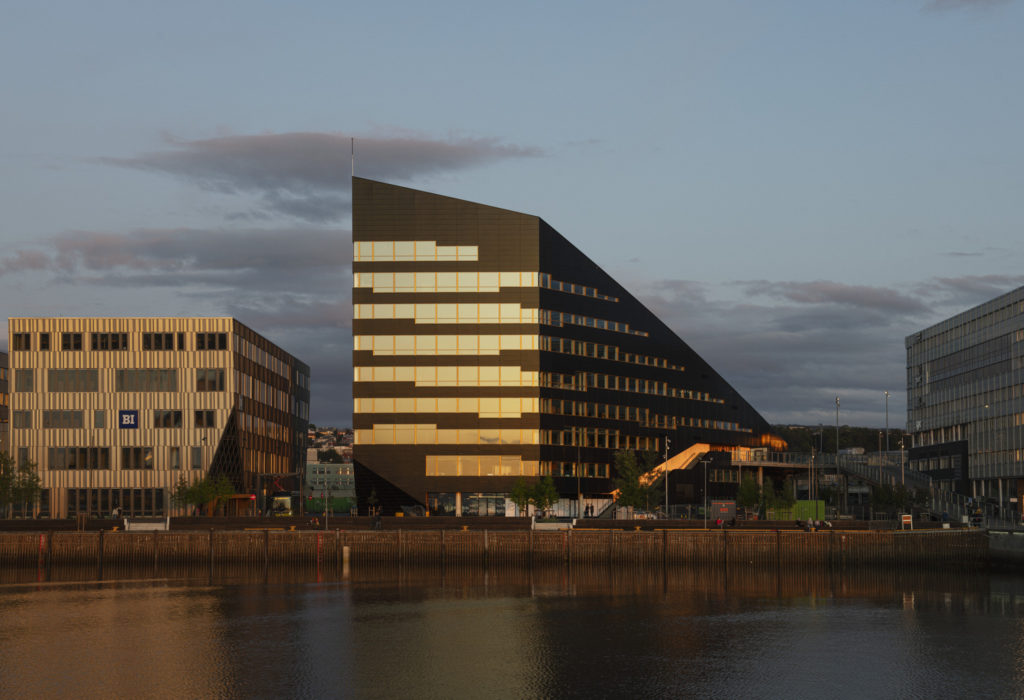 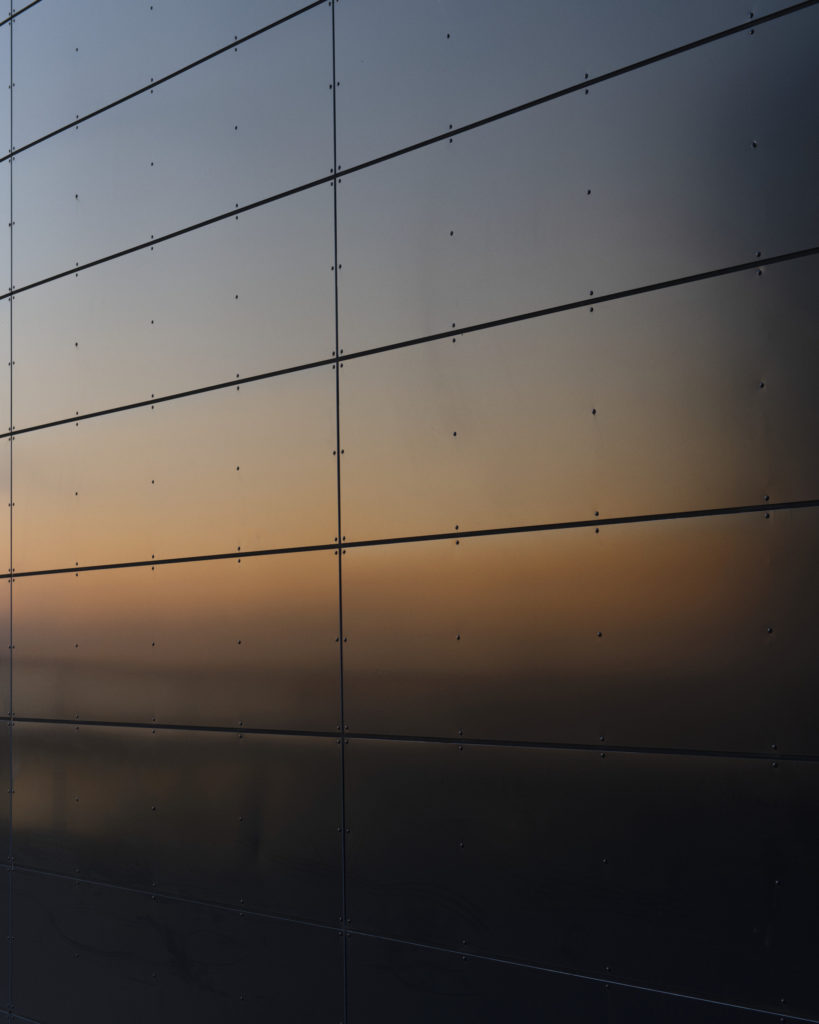 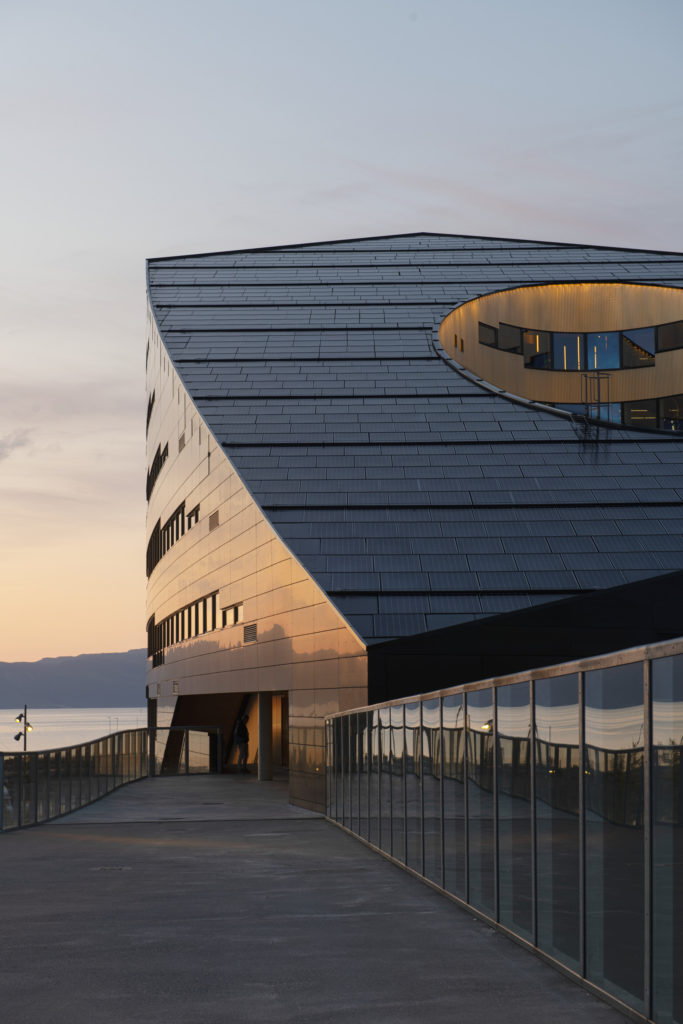 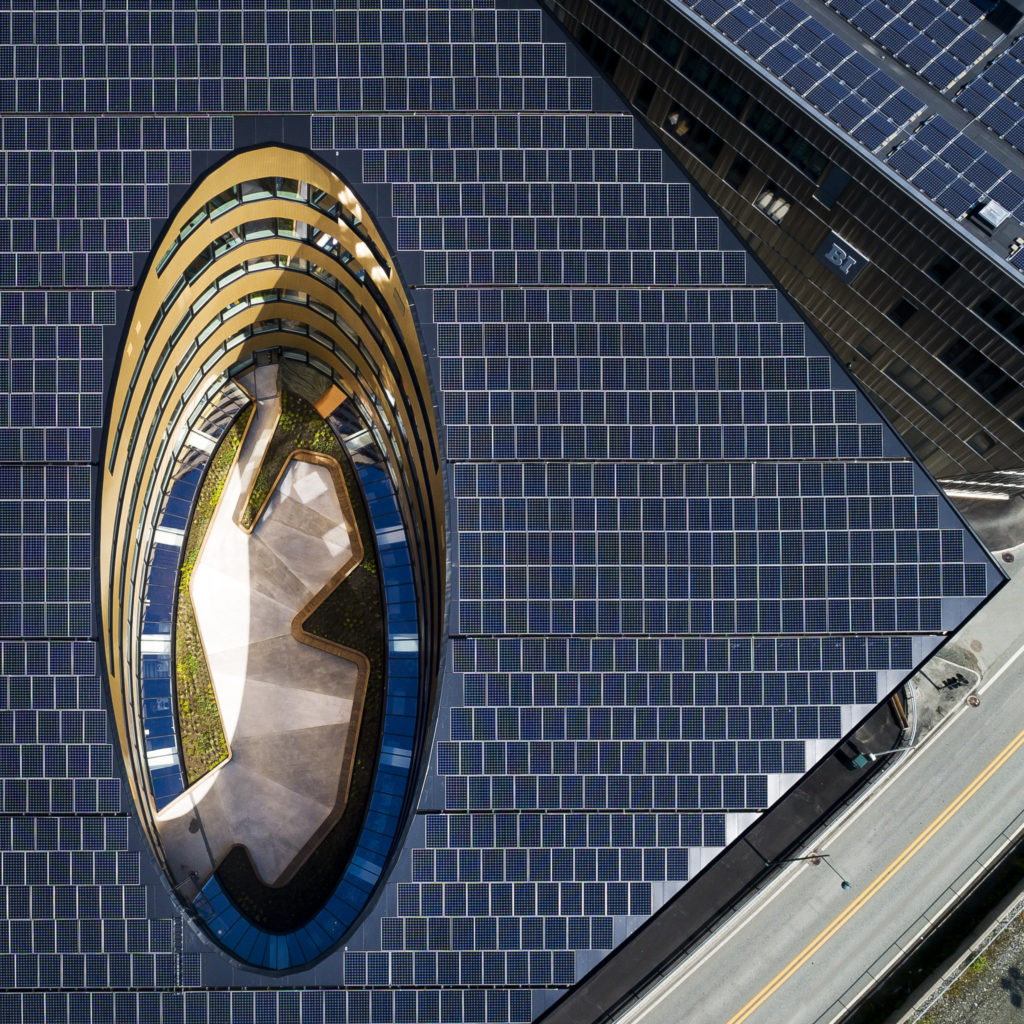 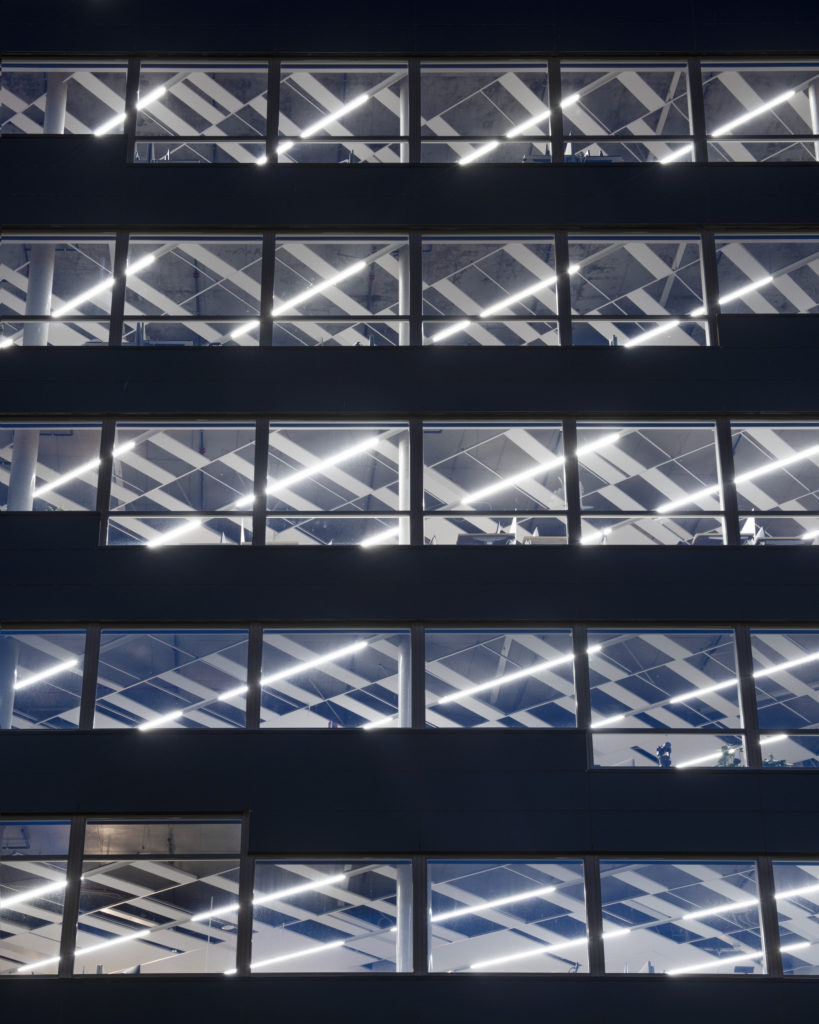 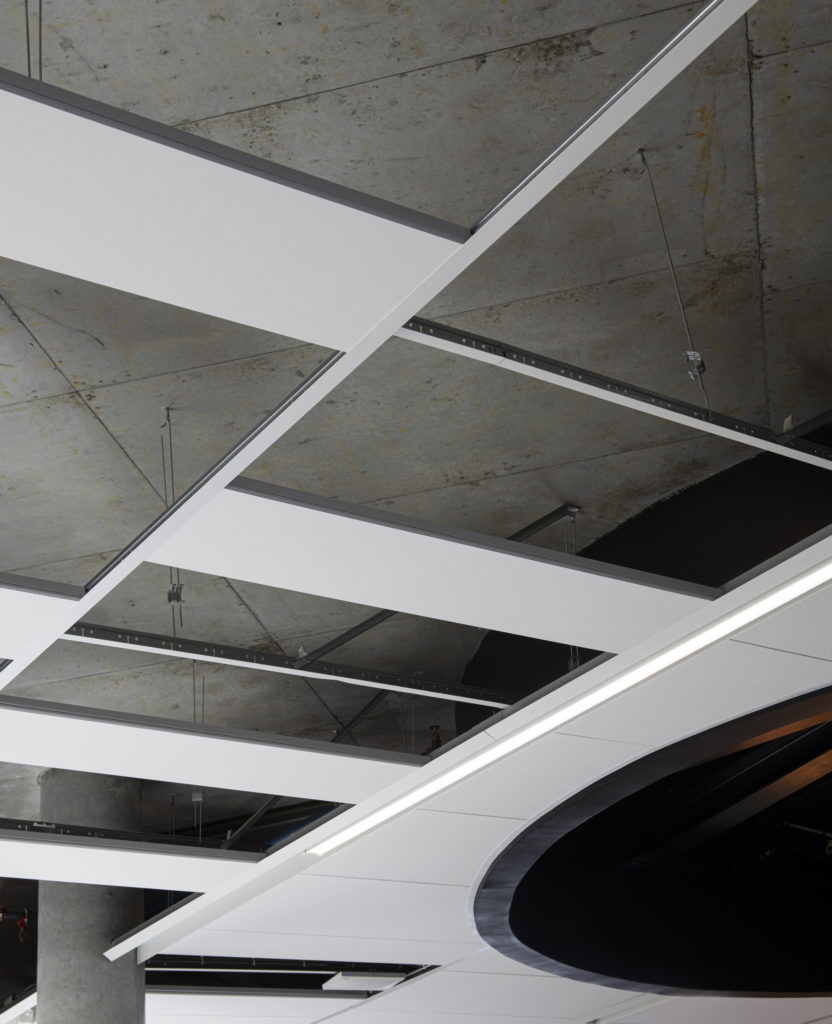 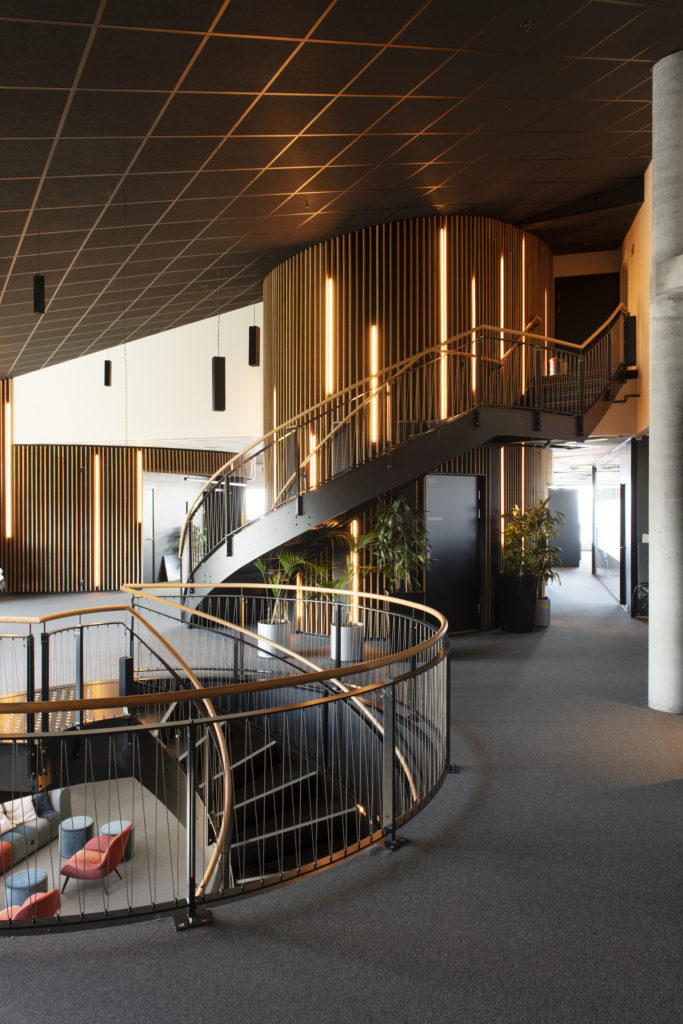 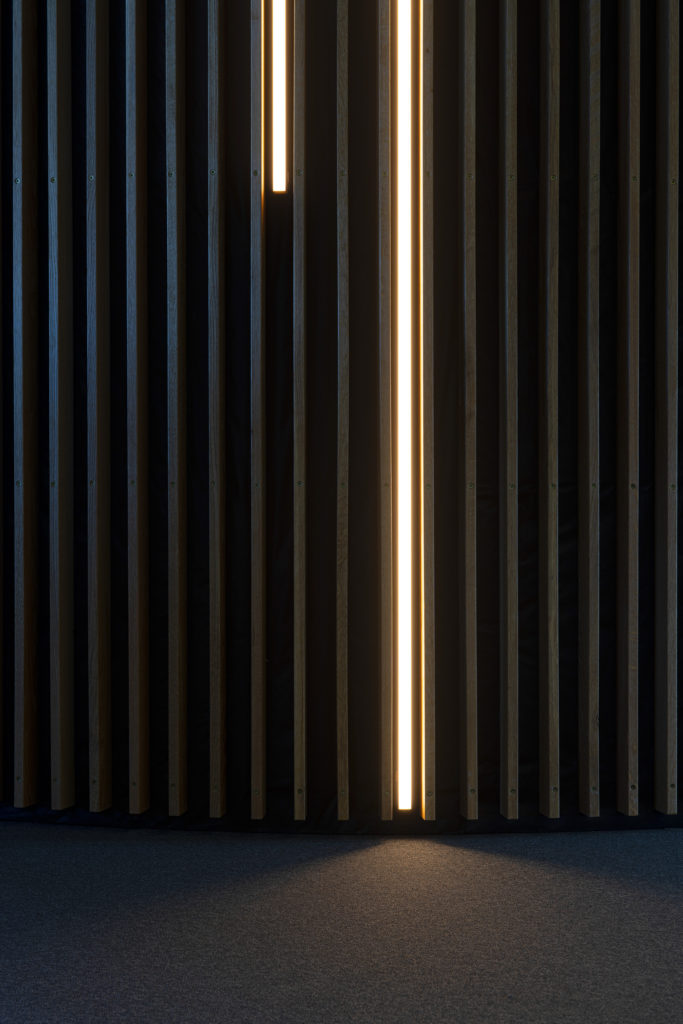 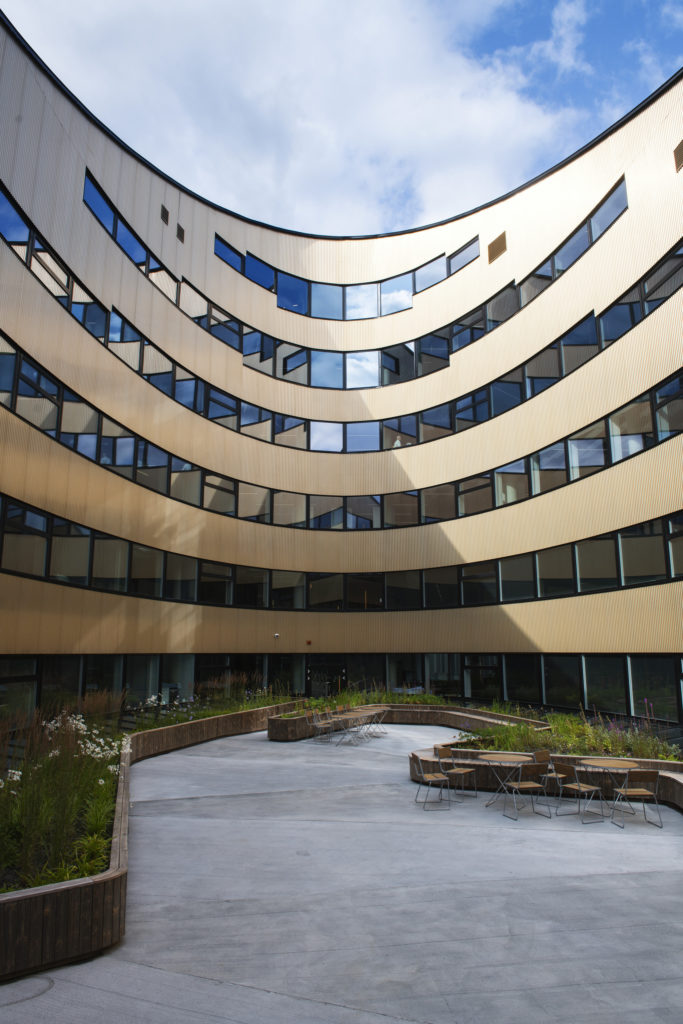 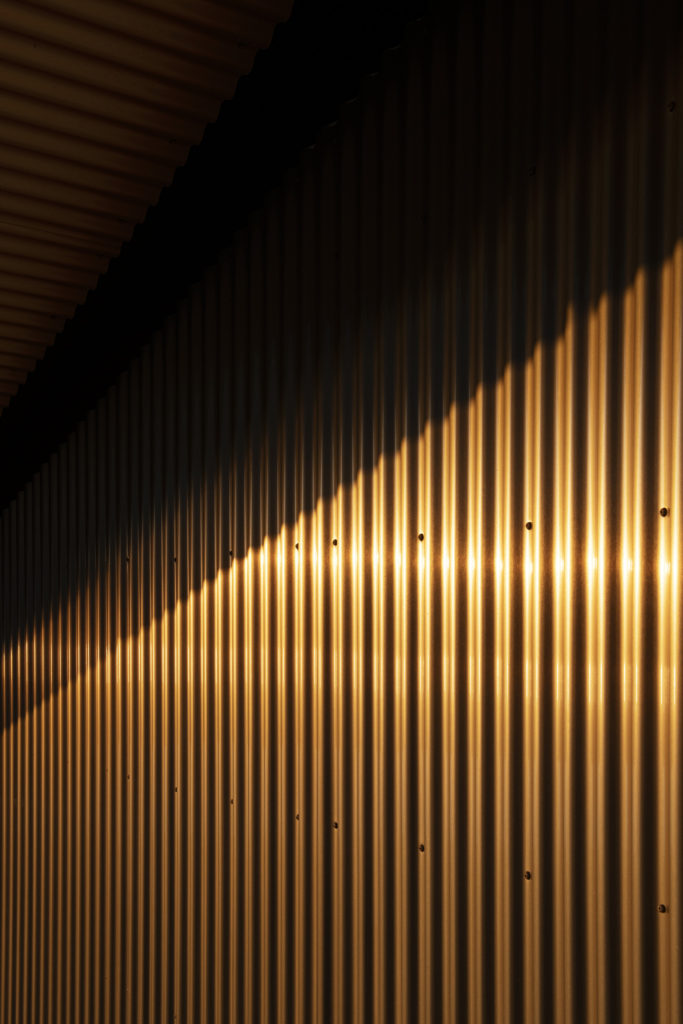 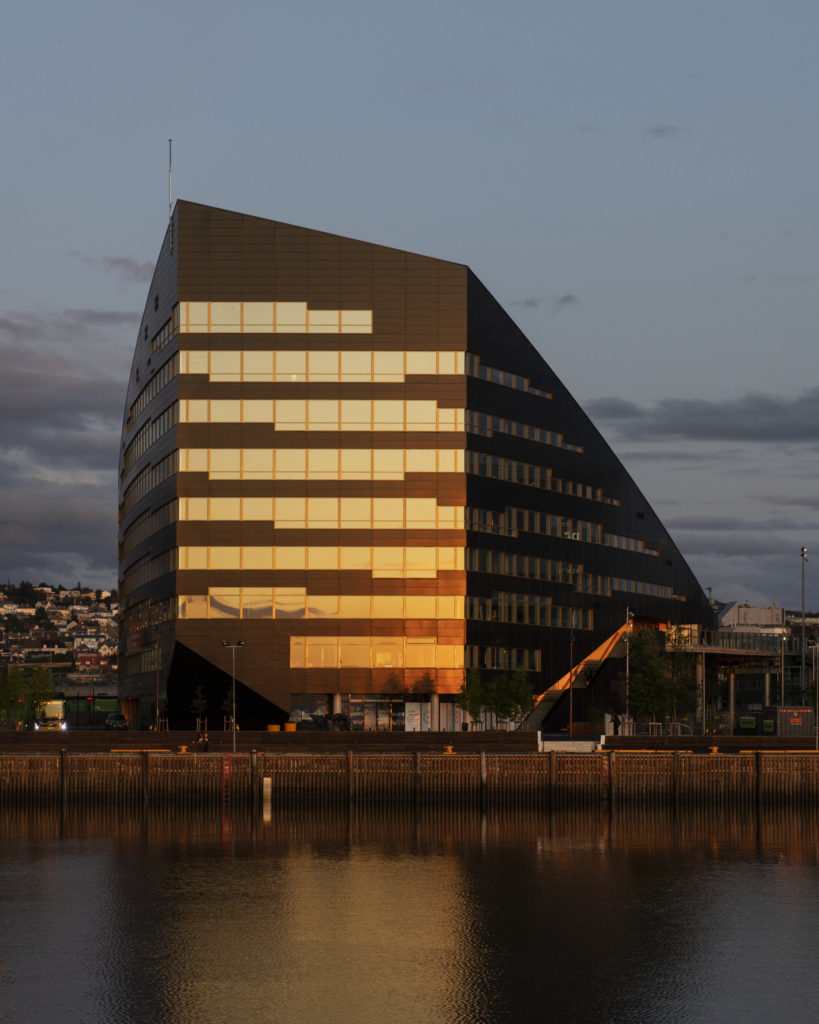 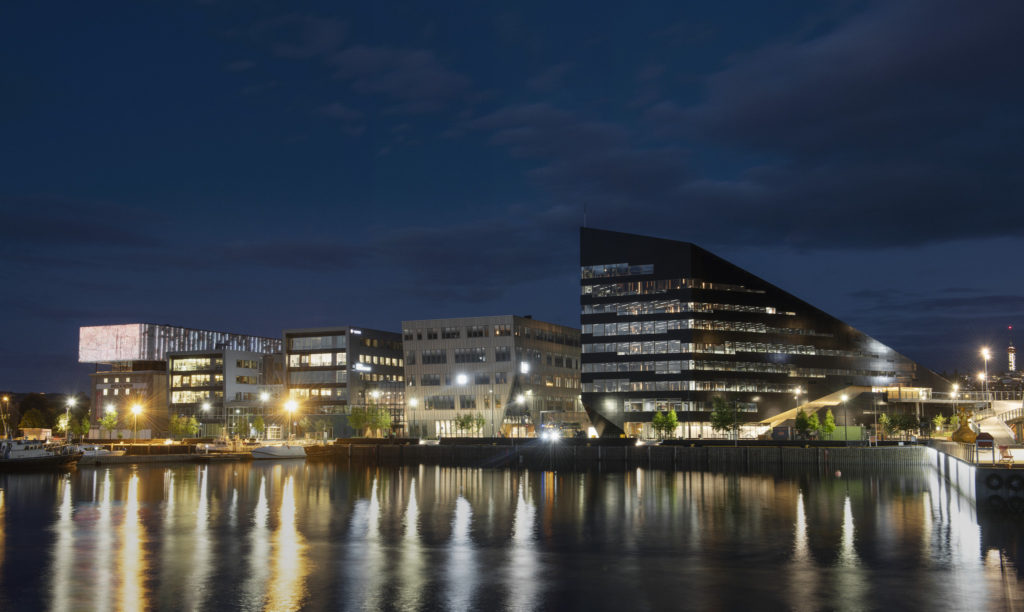