Both urban and implementing the features of the site suggest a compact to seize the building longitudinal field geometry and respect the urban constraints (up and clearances on neighboring farms). Security needs to introduce to this program will result in the necessary compactness.

From outside the building is perceived as a volume consisting of a socket on a rectangular floor and two floors. The body of technical services is configured as an annex to the main volumes.

On the front of the Avenue of the Mancomunitats Comarcals, parallelepiped upper body is projected on the ground floor and set a forward who blanket access to the building, resulting in a transitional space between the street and inside.

The base on the ground floor is dark quartzite stone. The upper body is finished with a massive hard on three sides while the west front with a glazed raised more generous, although protected by adjustable with vertical slats to ensure sun protection in both west and safety.

The building is carried on basement, ground floor and two floors, and is sorted based on the structural grid. In the transverse axis between pillars is 4.80 m; in the longitudinal sides are the two bays of 4.80 m wide while the plant is 6m.

This provision allows, in basement, parking articulate through a central passage (6m wide) and two sidebands of parking (depth of 4.80 each).

In the remaining plants, the creaking of 6m can host the servers and the circulation spaces, while the 4.80 bays are designed for offices and public spaces.

Mossos access to differentiated public, in front of the nucleus is implanted vertical communications. Through this it is also possible direct communication between public and restricted areas.

At the back of the lot area is situated detainees. The distribution scheme repeats the logic of the public area of the prison since it has on one side and the rest of the space to another. Again, a dual system of corridors allowed circulations differences in terms of users and prevent their interference. Only through a point you can access from the hall for general distribution to the area of detainees.

A second core communications (stairs and elevator) in the back of the building, allowing direct access from the parking lot.

The living room custody and reviewer identification acts as a “buffer” between prisons and juvenile and adult, allowing direct access from both areas without interfering. Also facilitate access for visitors without having to enter the rest of the area. The division of detainees occurs in this area “buffer” through a “lock” on the east side metal.

Technical services, meanwhile, are at the third bay of the ground floor, separated from public areas and detainees, with the possibility of an eventual access from outside if necessary.

Is the plant intended for those activities restricted to the public.
It consists of two bays: one that holds the nuclei of communications, services and ancillary spaces, and one where offices are located. The access corridor is situated on the west side, enjoying a degree of transparency and taking advantage of natural lighting. The offices are located on the east side, with more controlled openings to avoid visual proximity from the outside.

Contains more private spaces of all: the service area of Mosses.
The scheme is similar to the first floor: a hall that contains the access corridor and services, and other hosting sites using the personal locker in the north, dining and relaxation in the extreme south (overlooking the valley Llobregat River), briefing room and a terrace protected (which indirectly illuminates the room and makes the outgoing calls) in the central area. 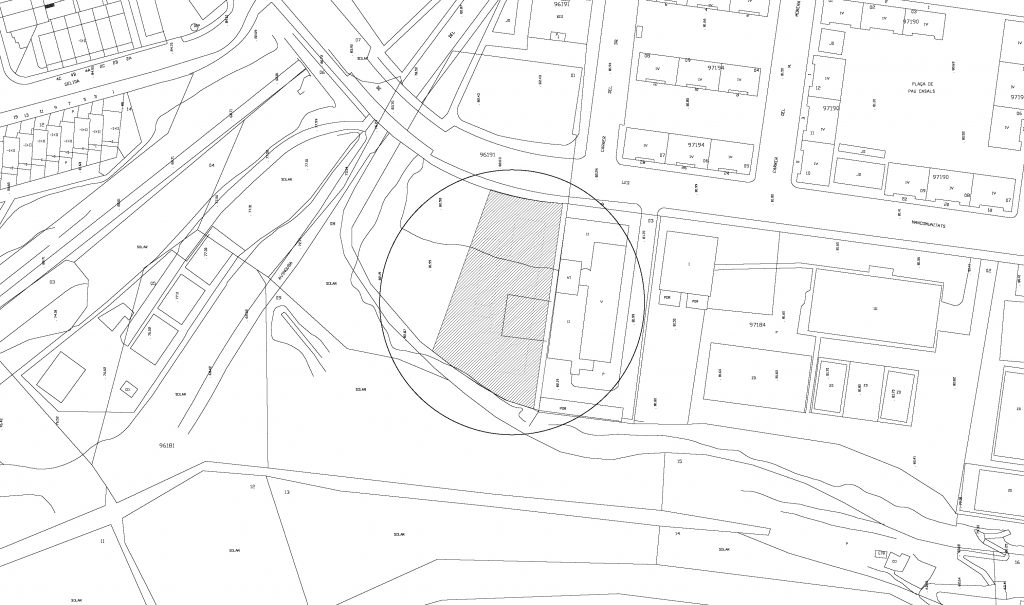 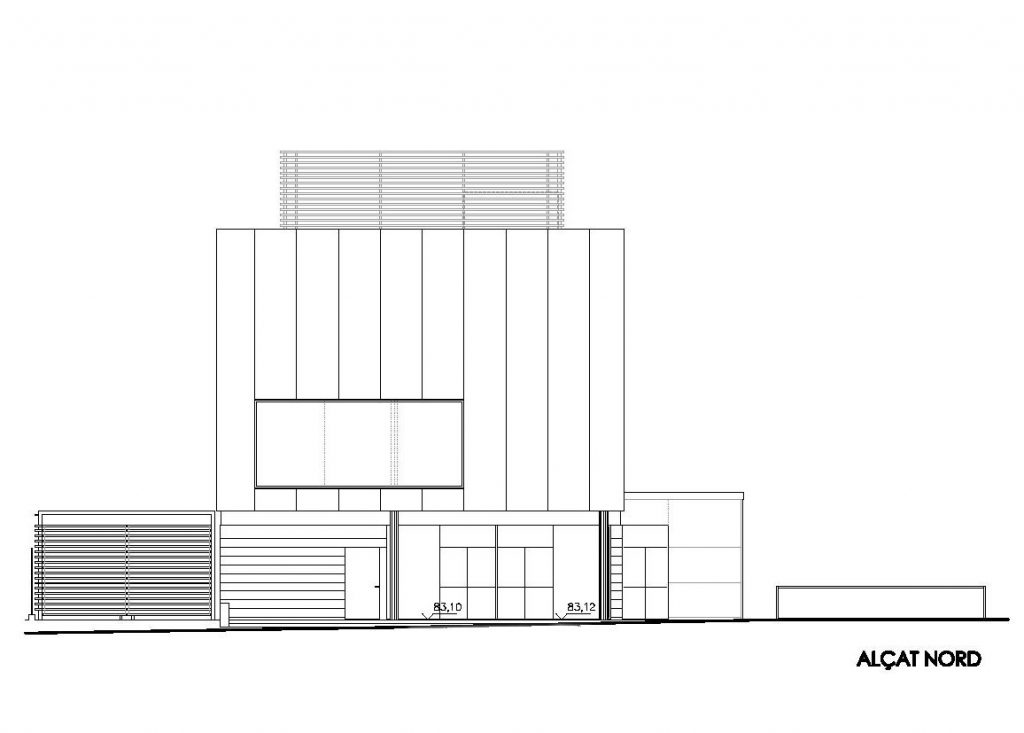 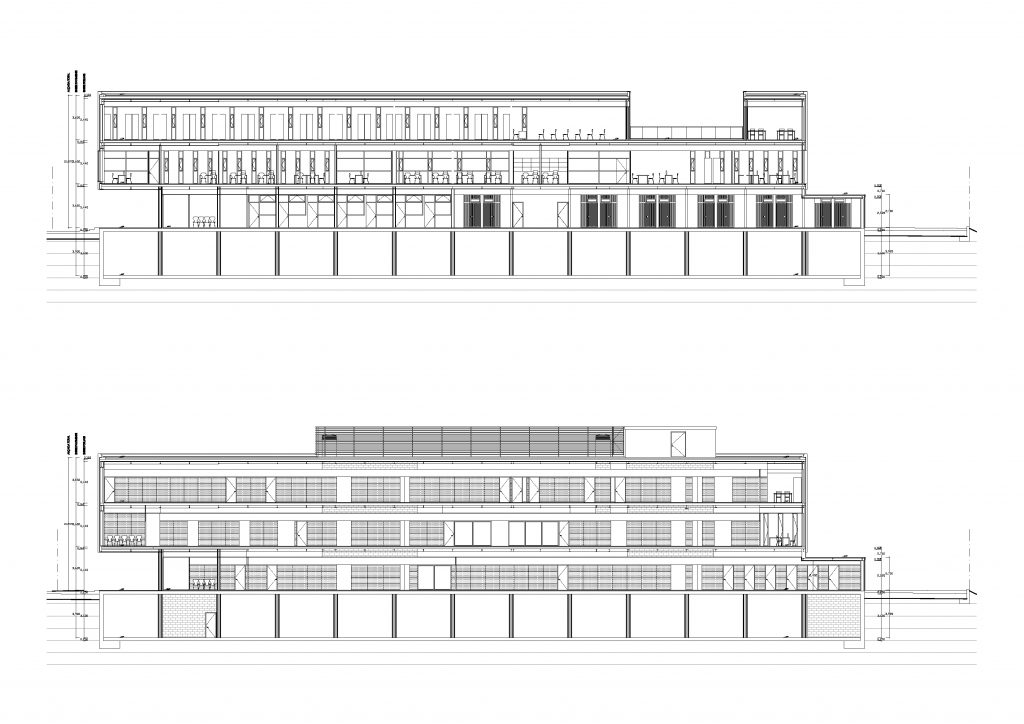 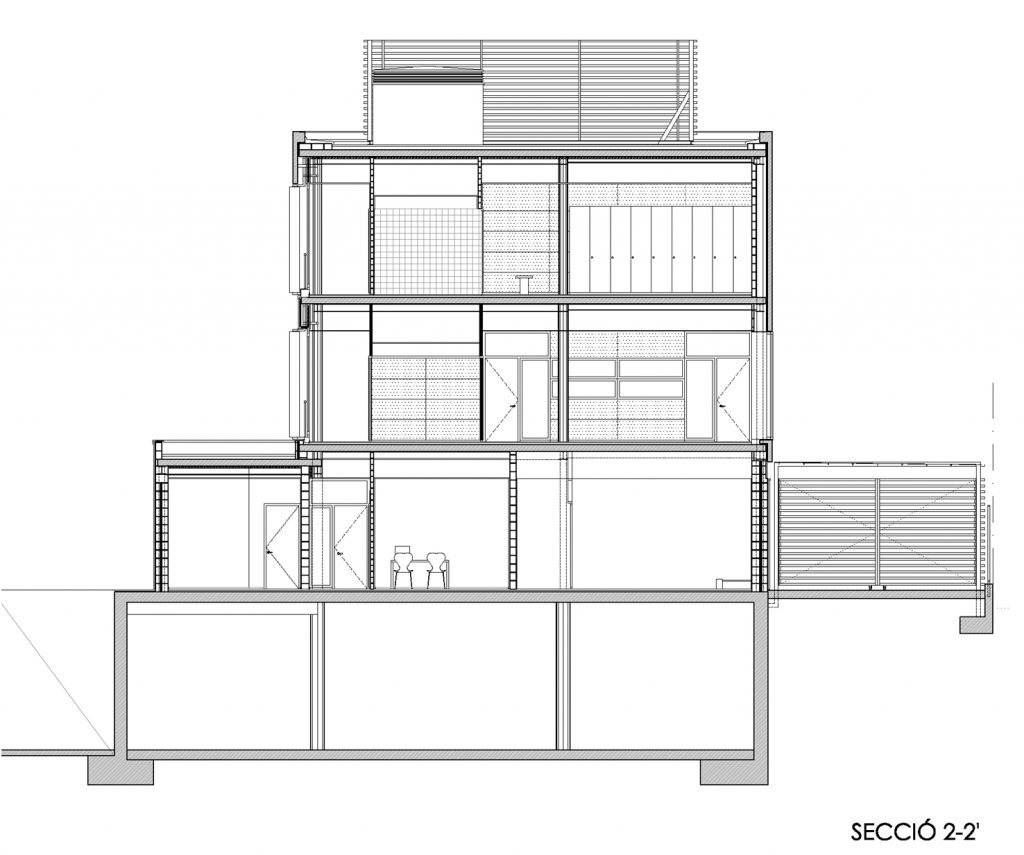 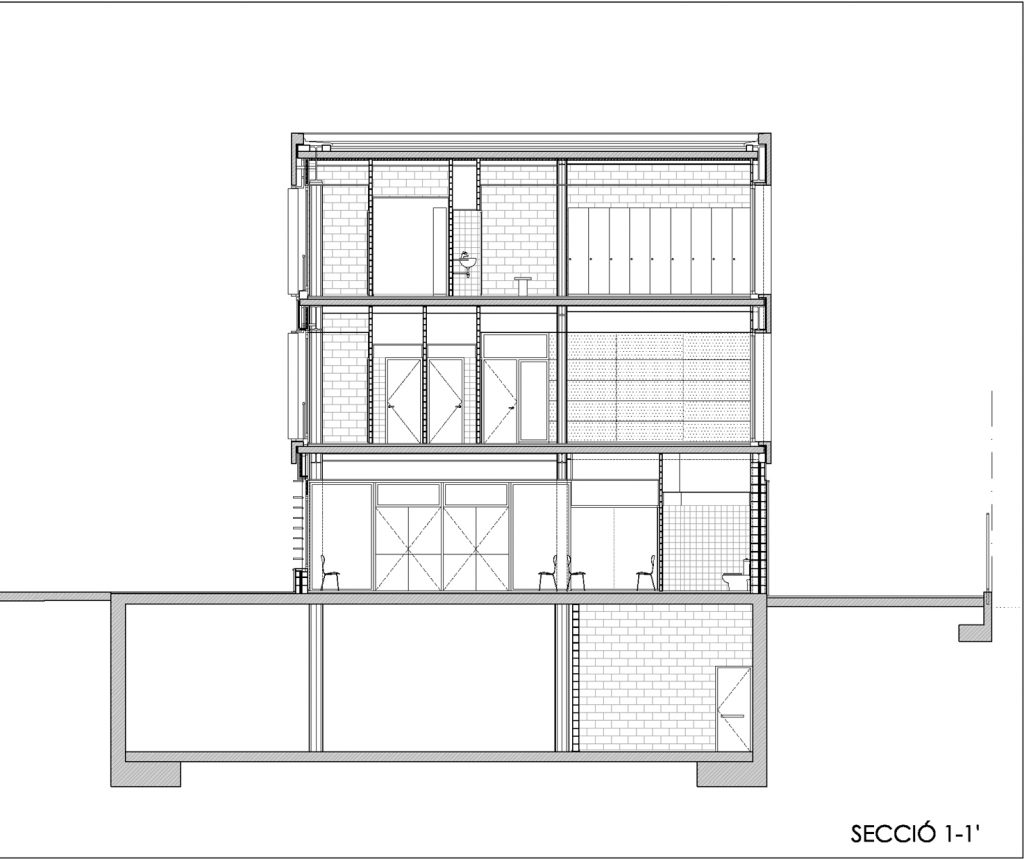 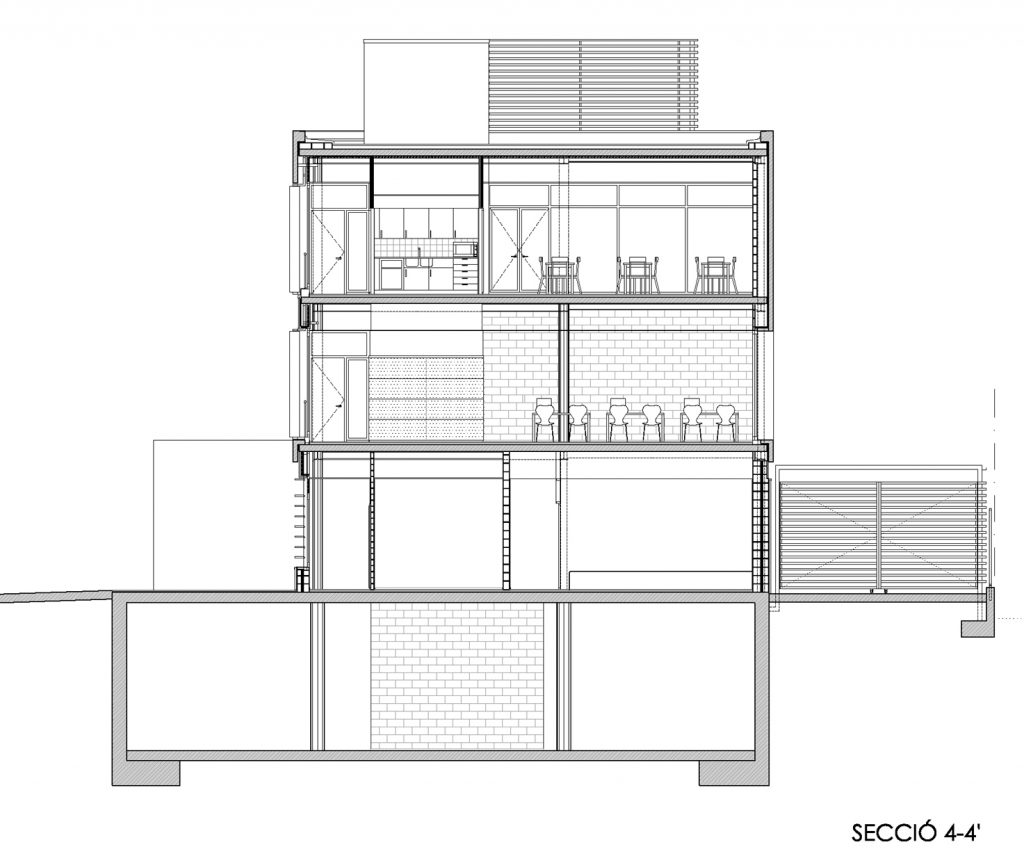 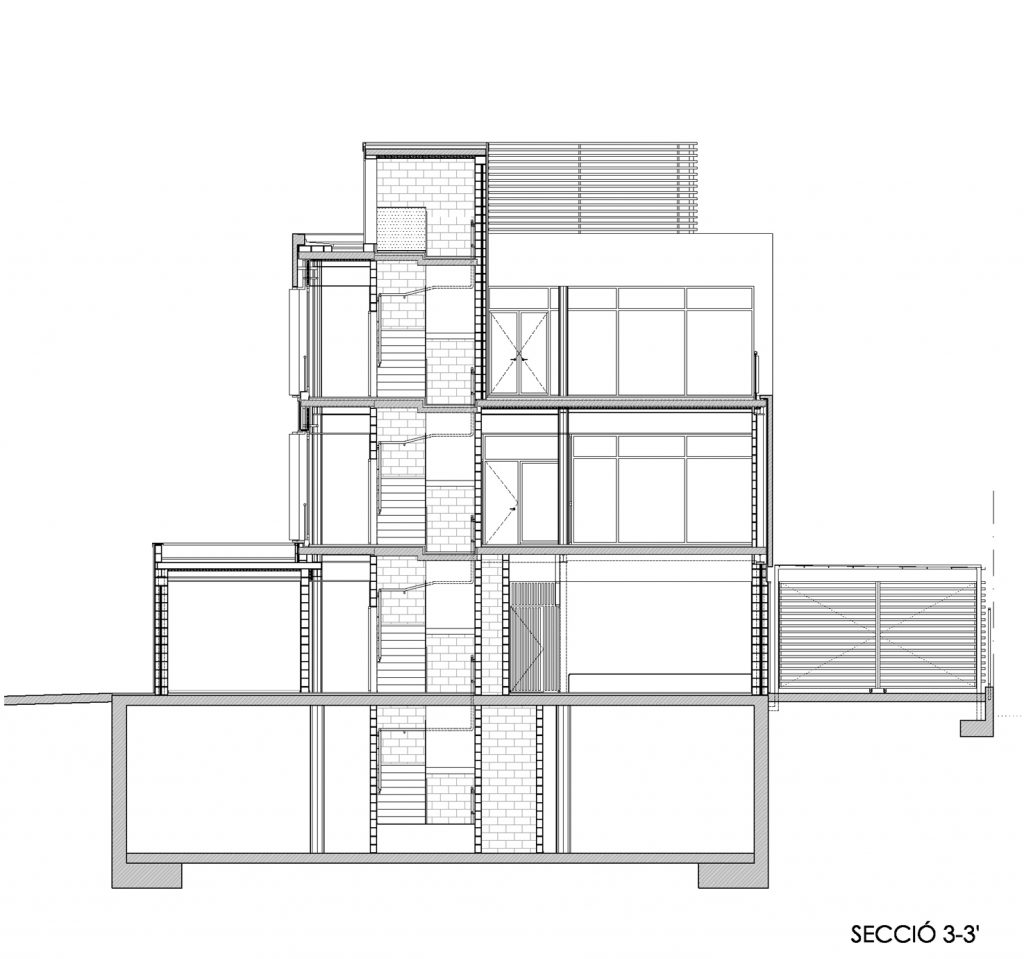 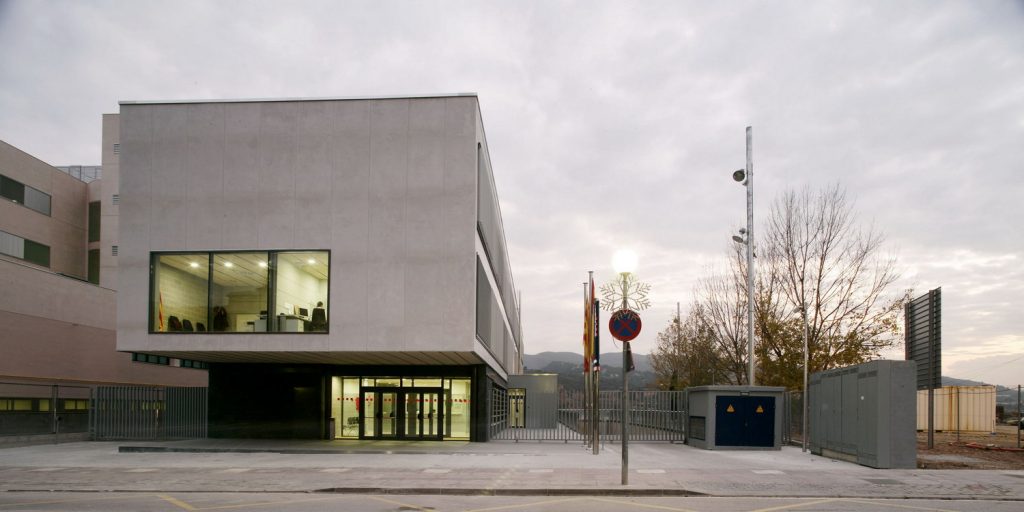 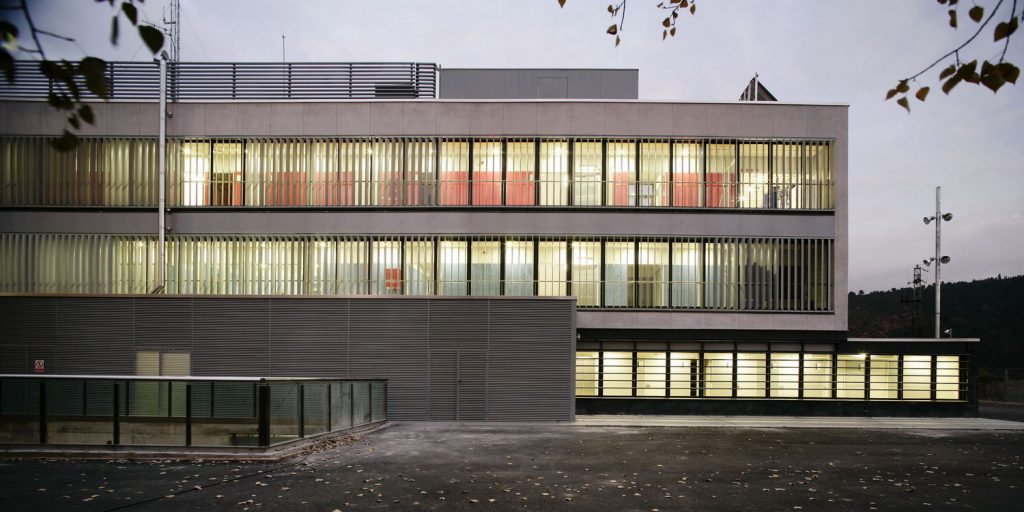 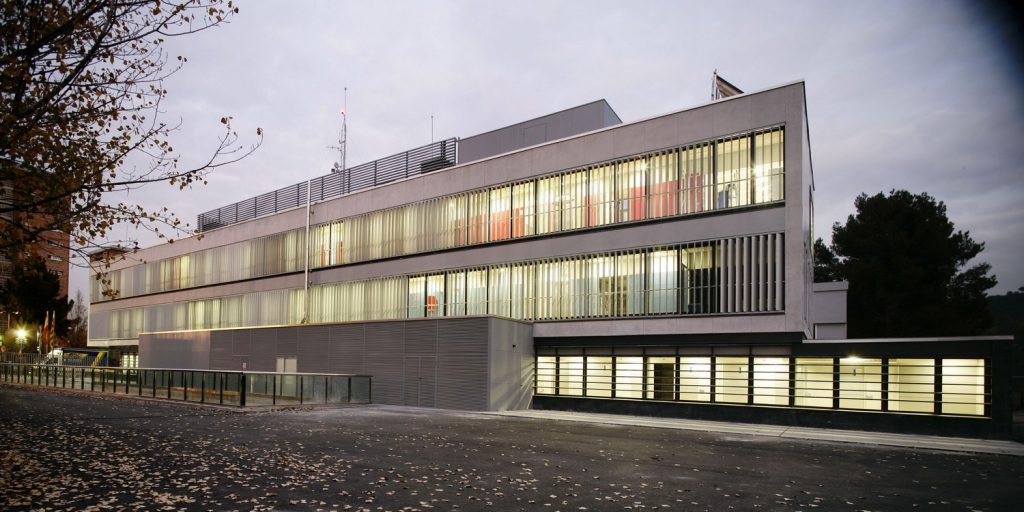 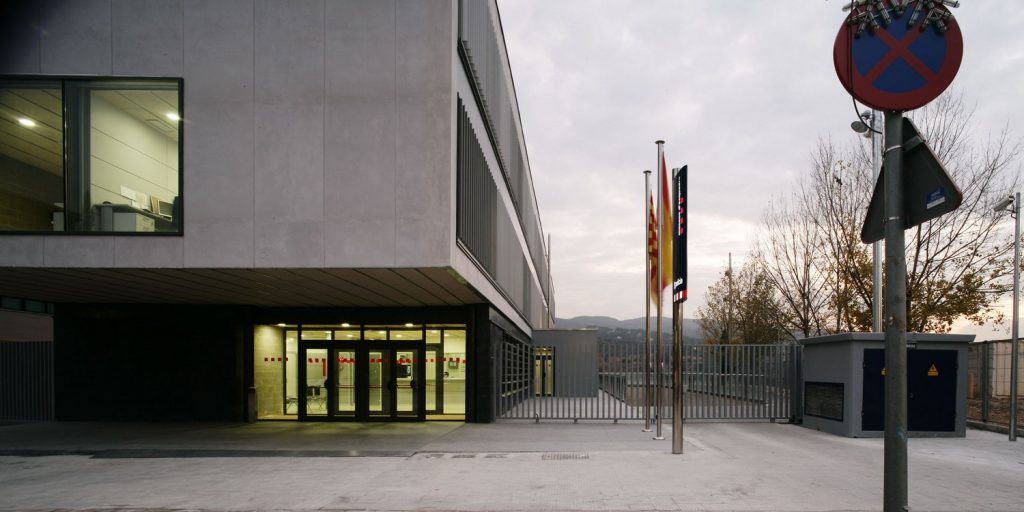 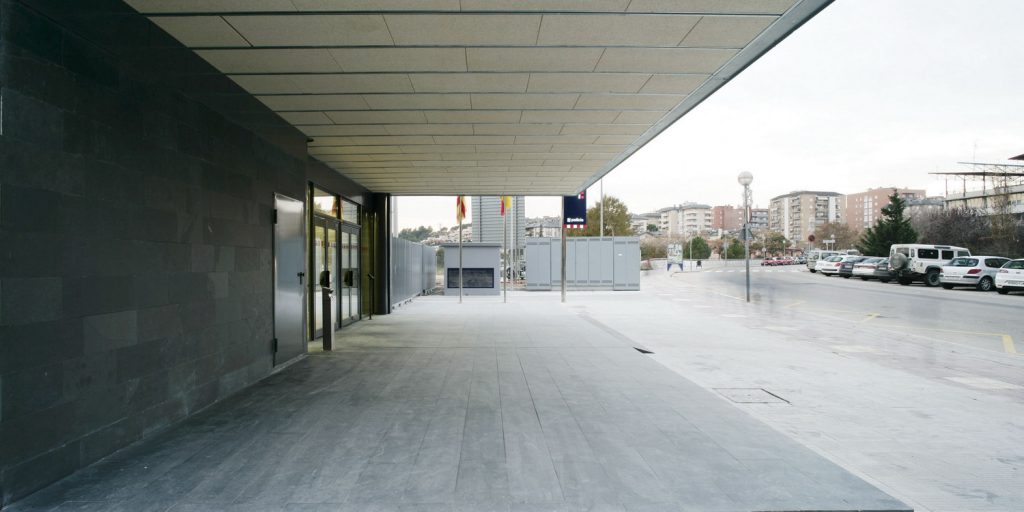 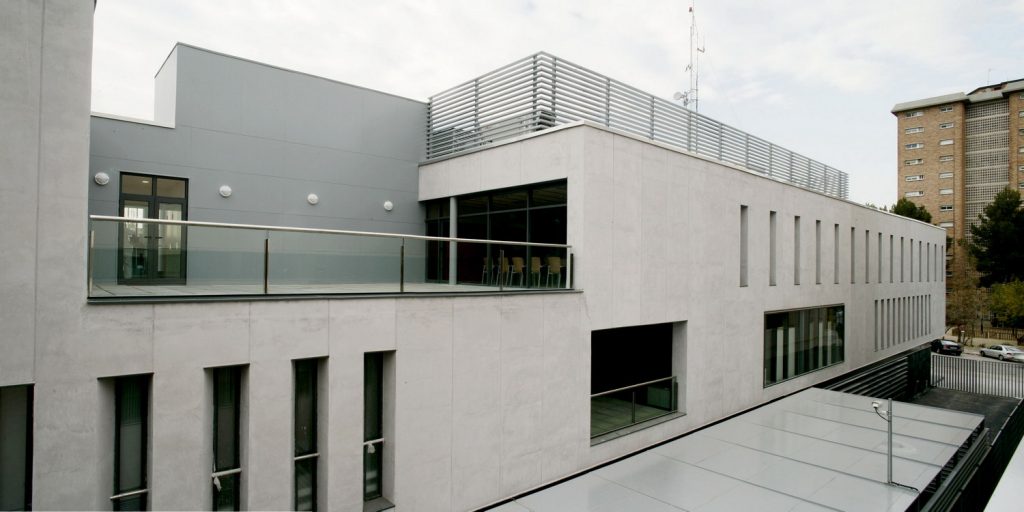 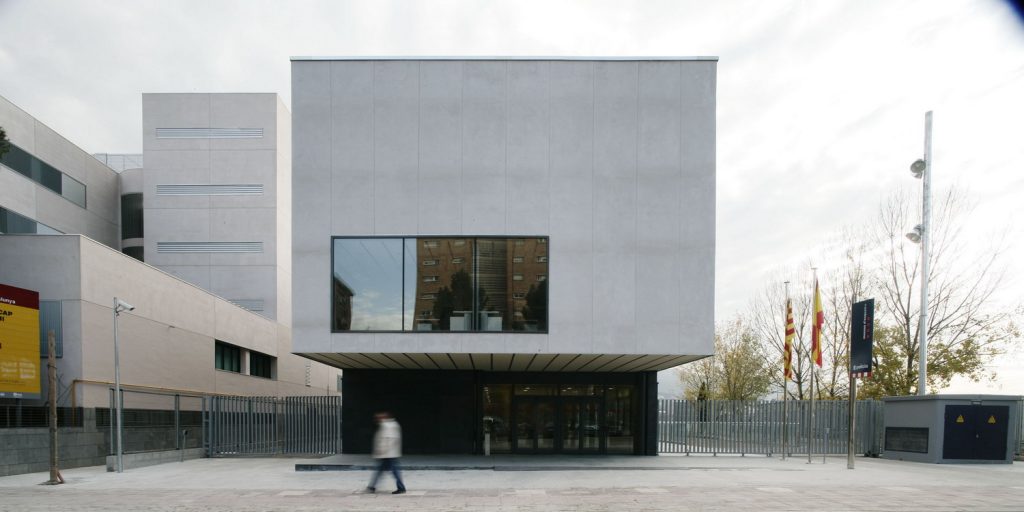 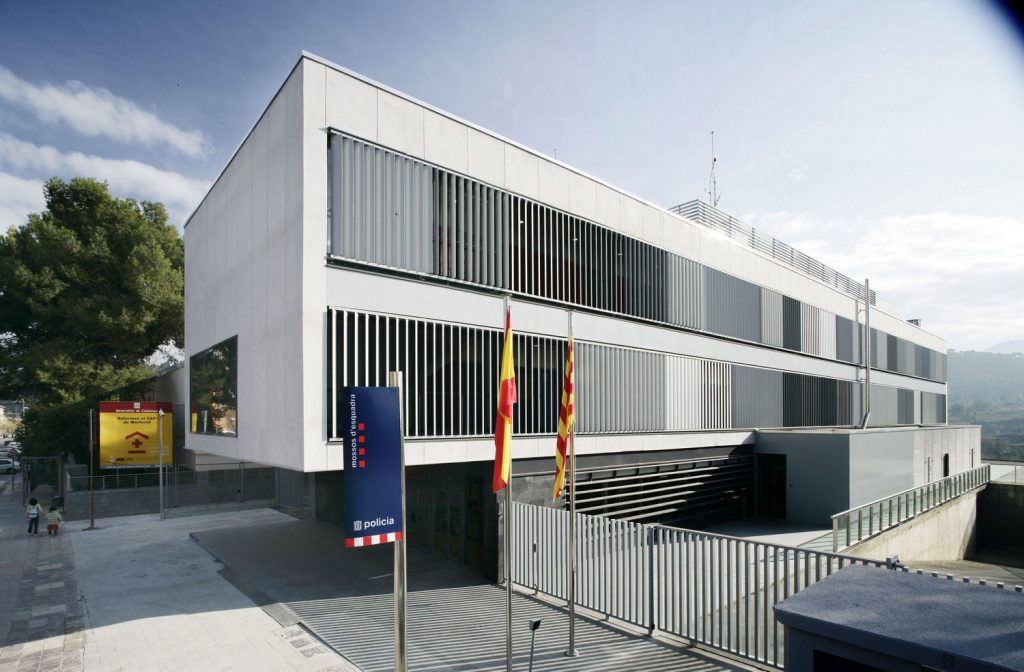 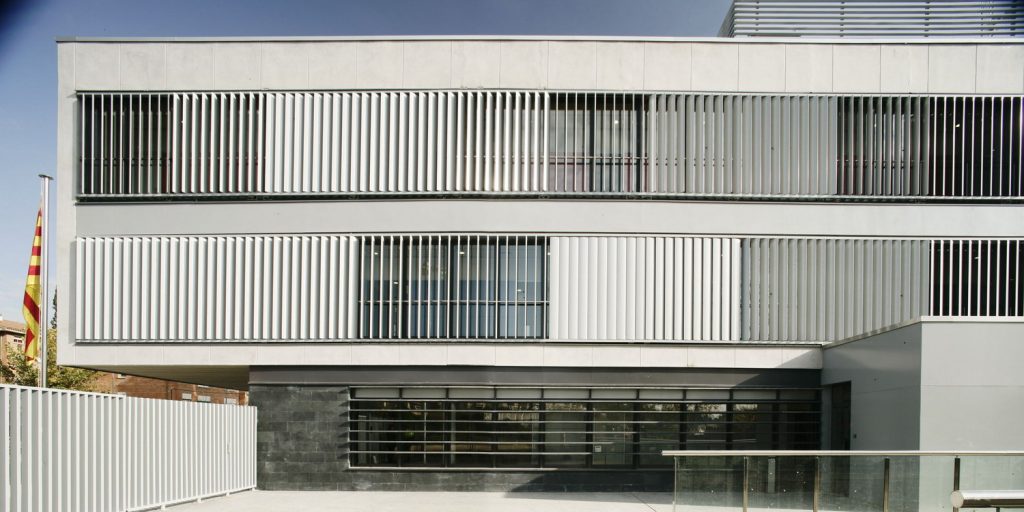 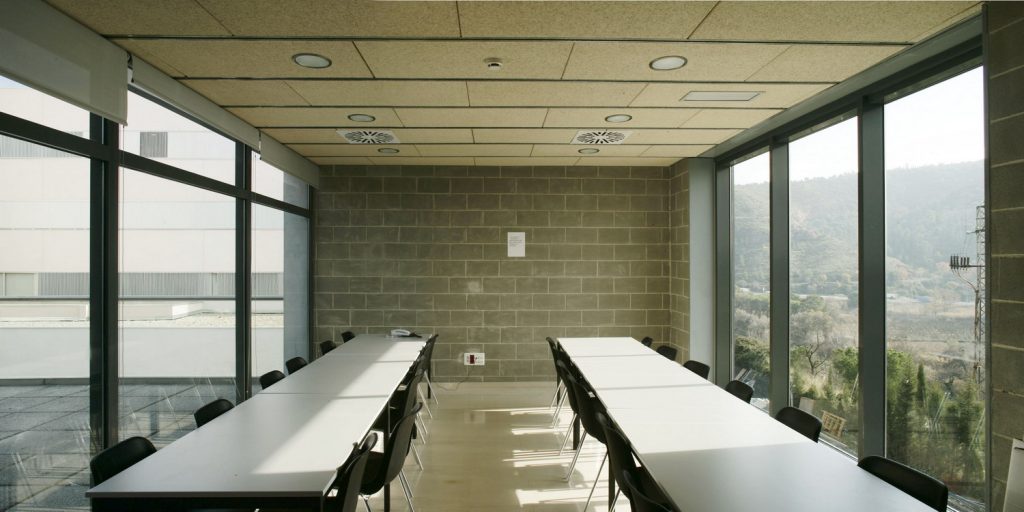 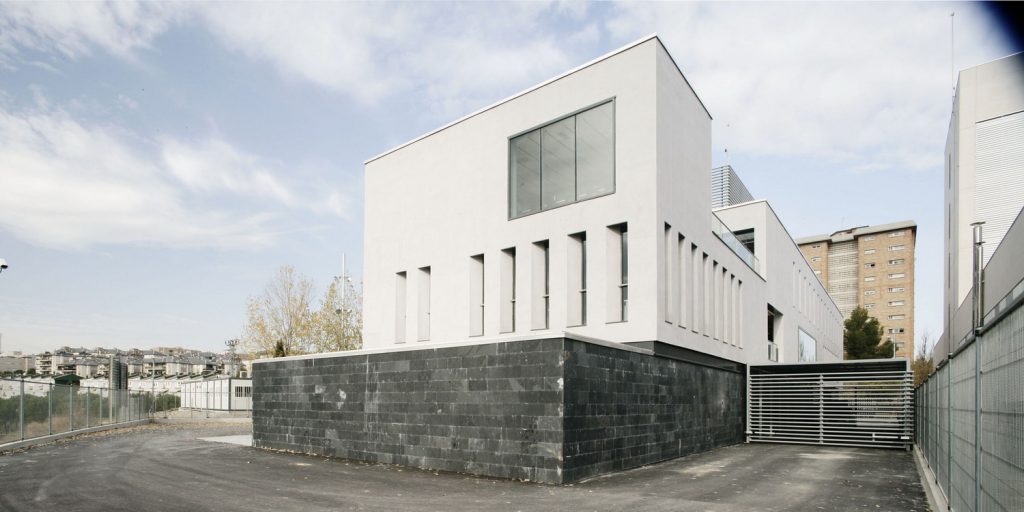 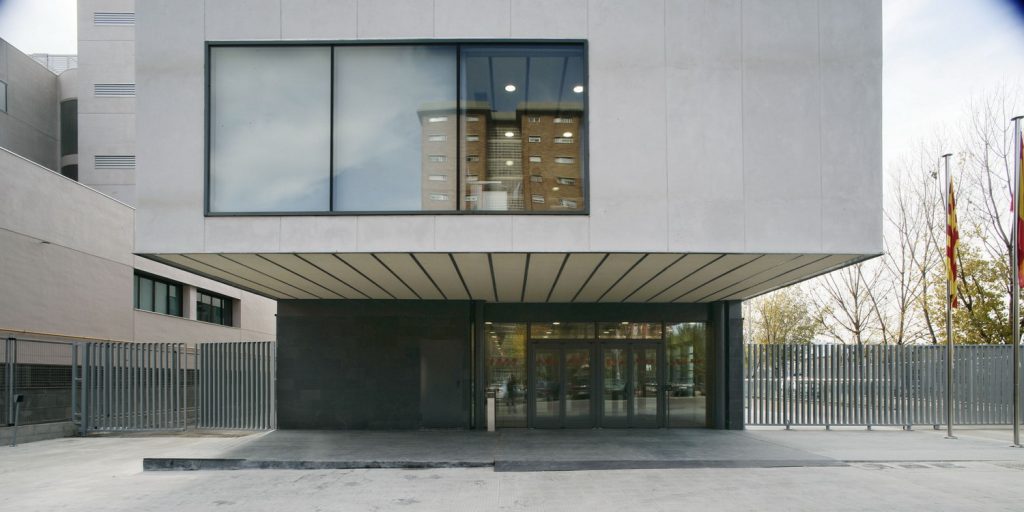 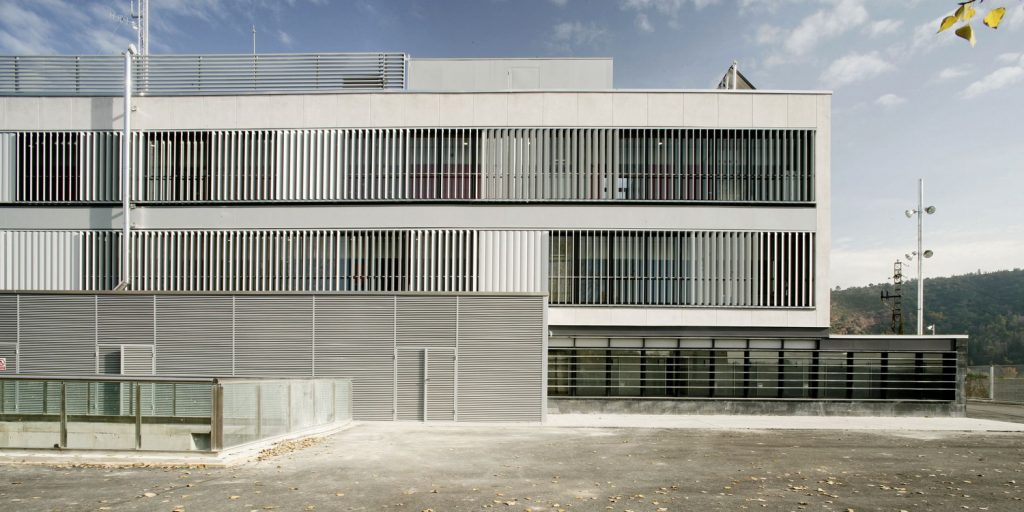 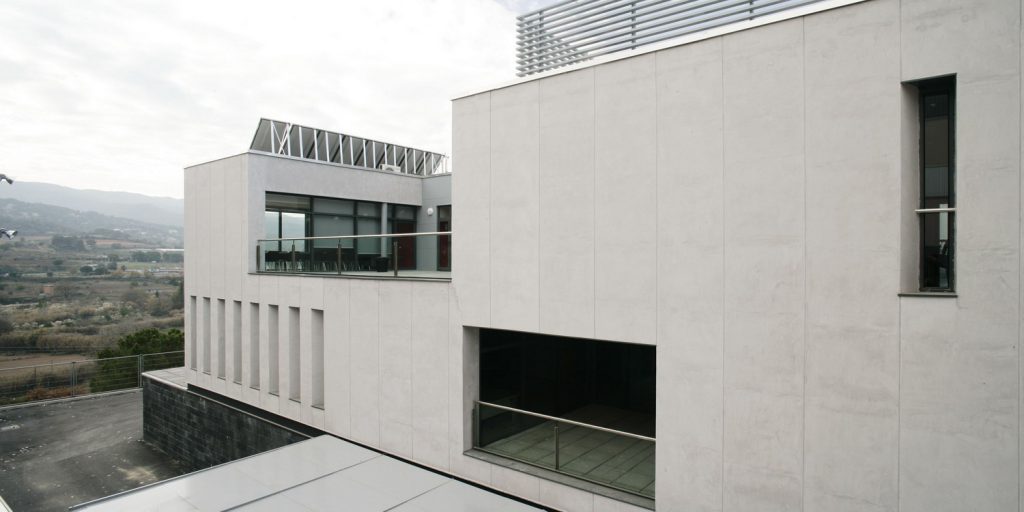 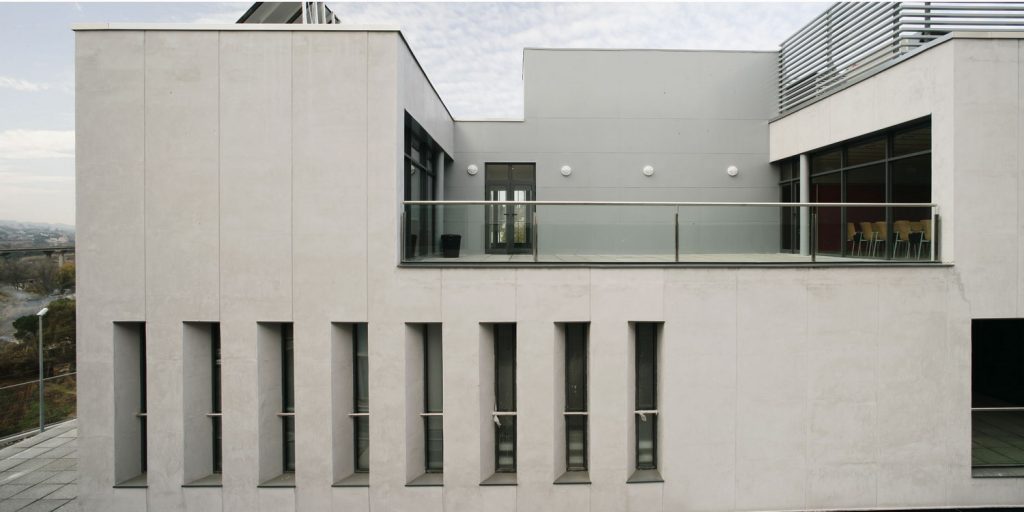