West of Kuala Lumpur, in the area of Petaling Jaya, is conducting a large urban development with the intention of establishing a new urban center. Promoters, Studio Nicoletti Associati, wanted to locate their sales offices and showroom in an iconic flag to reflect the spirit and the architectural style of the whole project.

The pavilion is surrounded by greenery and a large calm reflecting pool at the end of the space dedicated to the exhibition, which together form the building helíptica create a sense of calm, while contributing to bioclimatic behavior and welfare of its occupants. With its futuristic shape, The Pod Pavilion has become one of the most striking structures in the city

This development project has been started in the city of Petaling Jaya, west of Kuala Lumpur, Malaysia. Pentaling Jaya has become one of the most important cities in Malaysia, known as “twin sister” of the capital, is the first planned city in the country. It consists of numerous commercial, residential and business areas, becoming the leading satellite city of Kuala Lumpur with 480,000 inhabitants in 2004 to 97.2 km².

Water droplets found in nature were the inspiration for the pavilion structure “The Pod” (Pod), a spherical dynamically resulting in an archetype of the original building with a modern twist

Internally, the pavilion is divided into two parts: an area dedicated to the office area and the other contains the main showroom. The building seems to be cut diagonally in a series of tapes that surround, creating within it a dynamic space of about 450m2 under a protective layer. It is surrounded by nature, with a garden at one end and a sheet of reflective water on the other, achieving a harmonious space following the advice of the fen shui.

The structure is made of tubular steel components coated externally with spectrally reflective aluminum panels. The outer skin, dynamic changes in tone according the incidence and reflected sunlight.

The round shape and smooth structure having a development 750m2 consists of a series of elliptical sections of varying widths and heights from 4 to 8 meters. The sliding windows provide natural light to the spaces below. 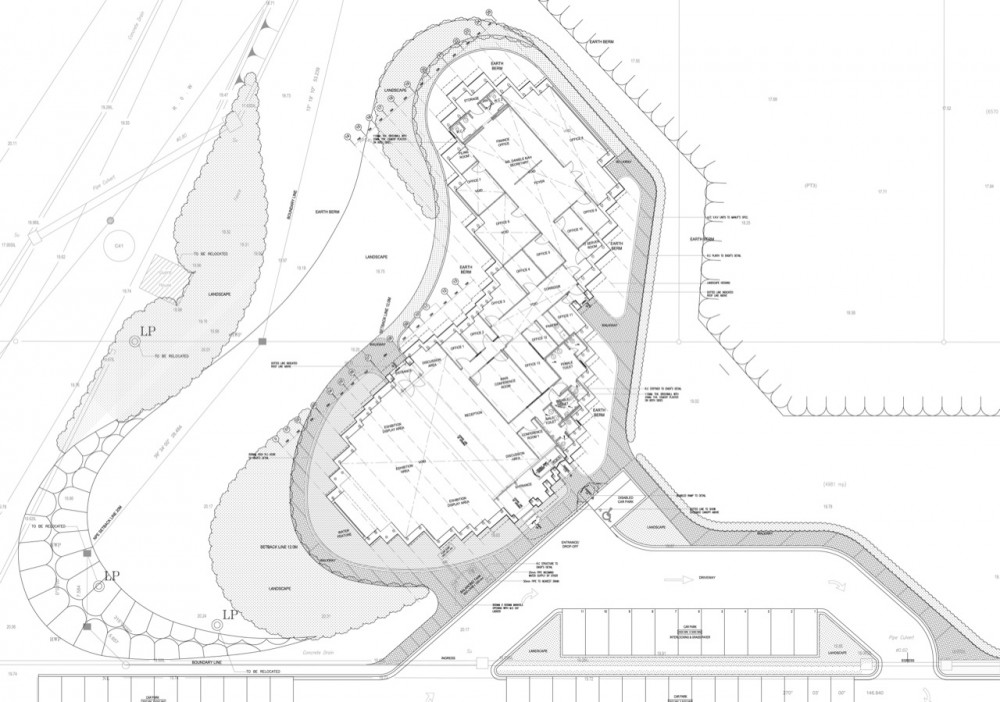 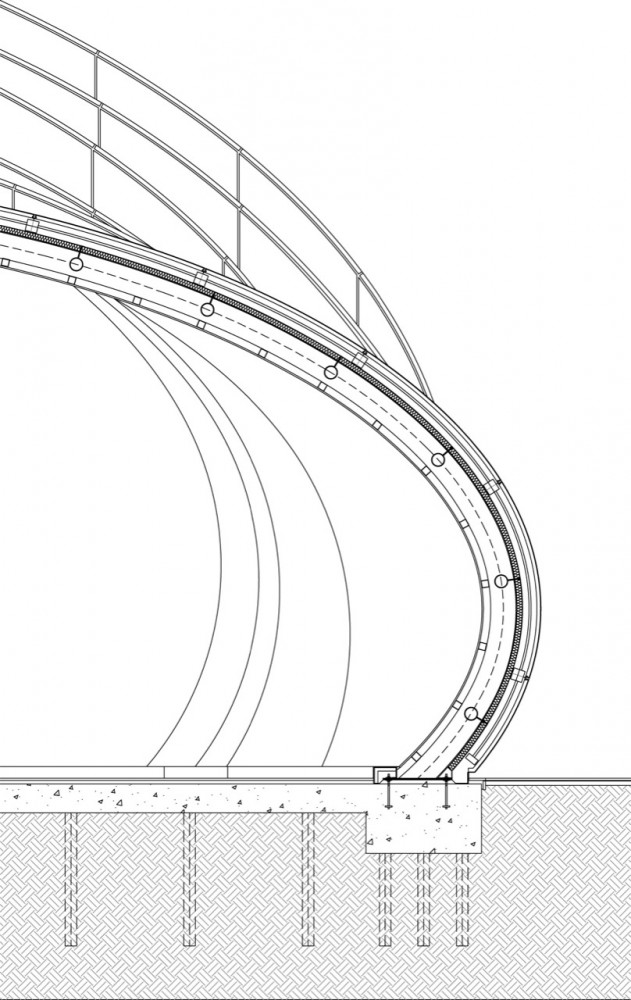 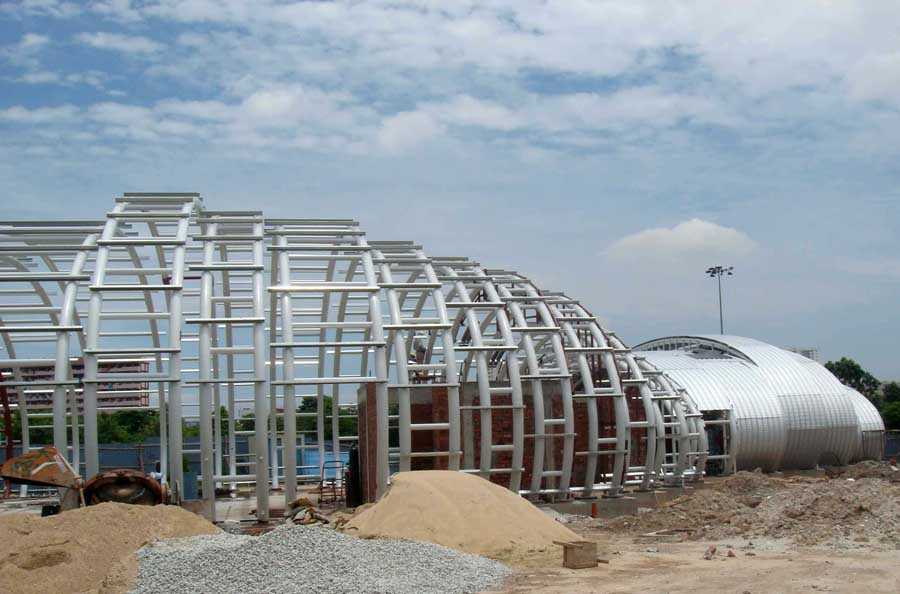 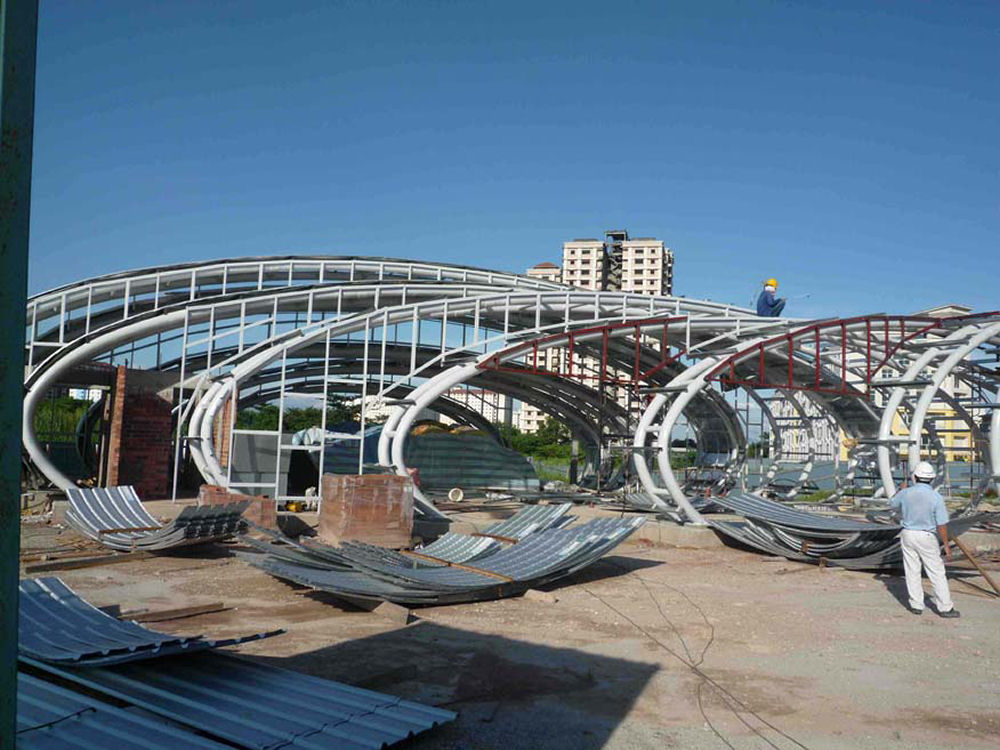 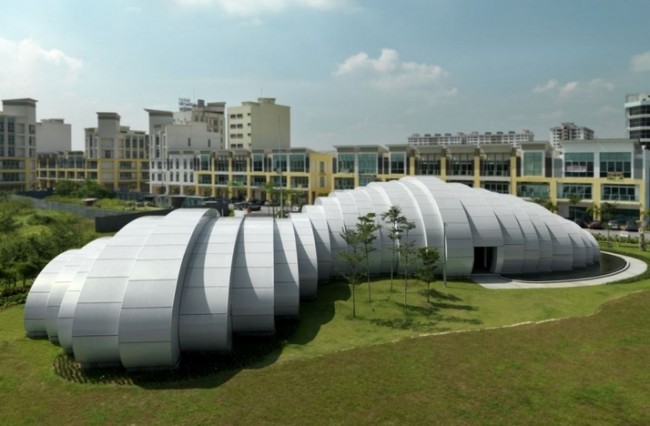 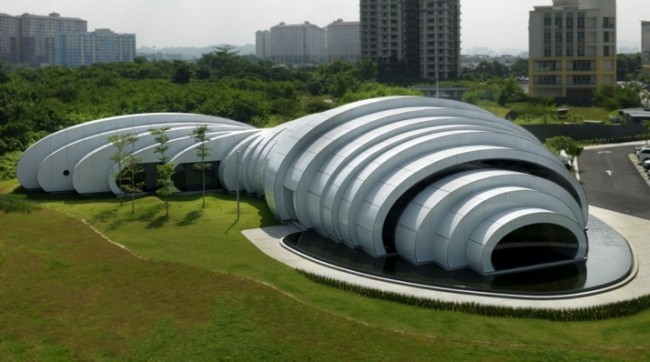 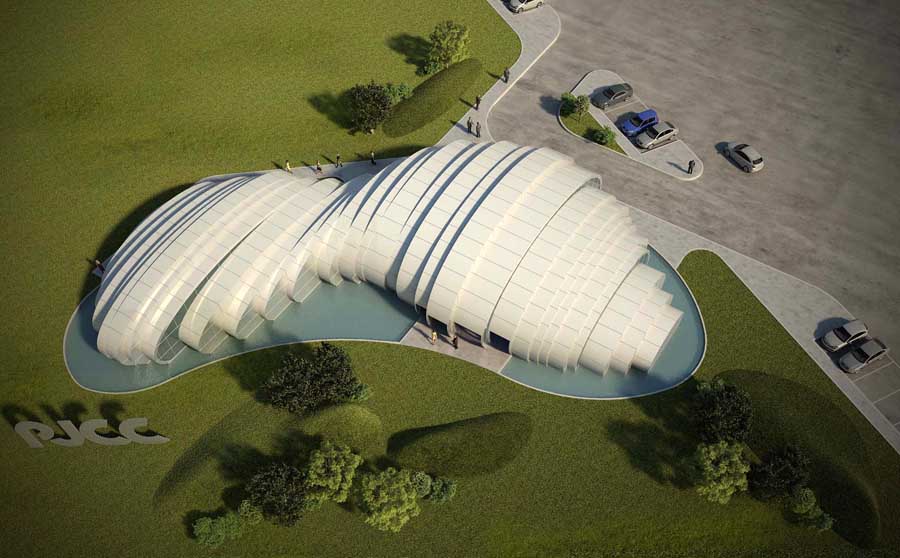 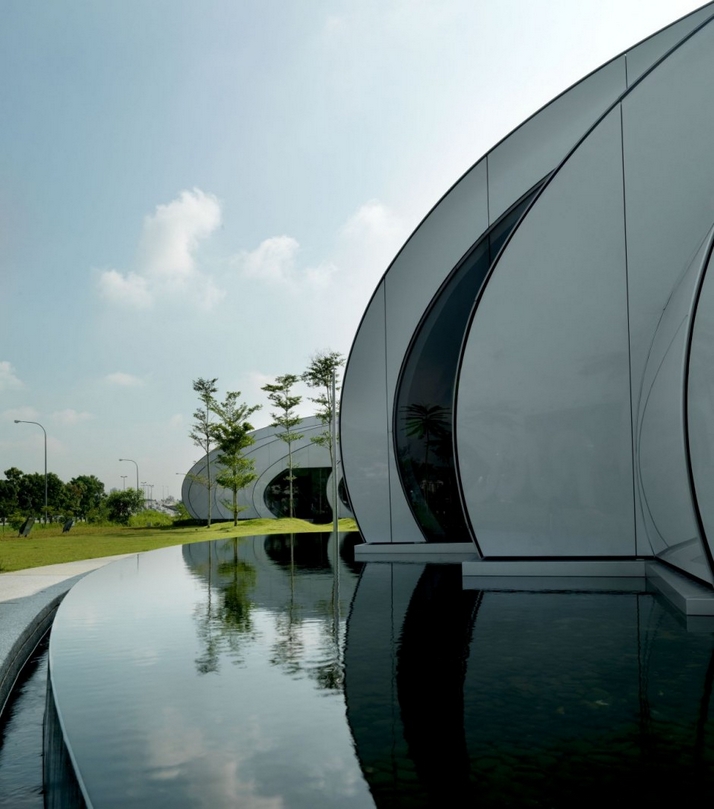 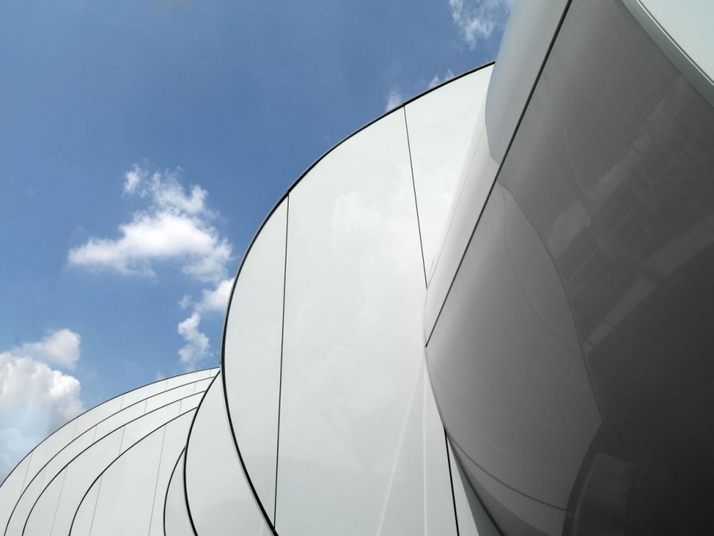 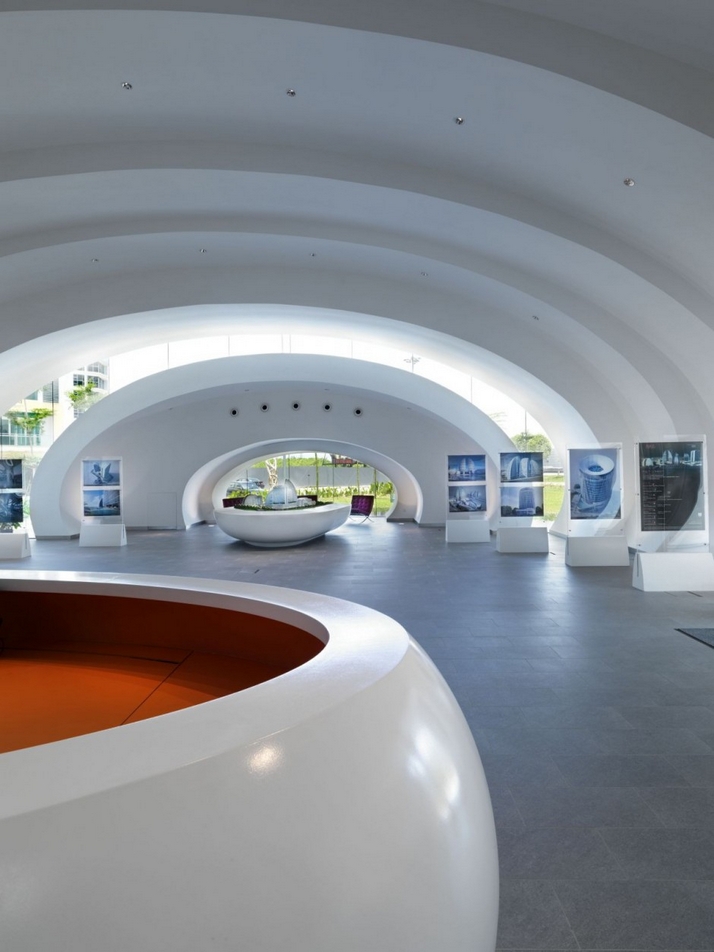 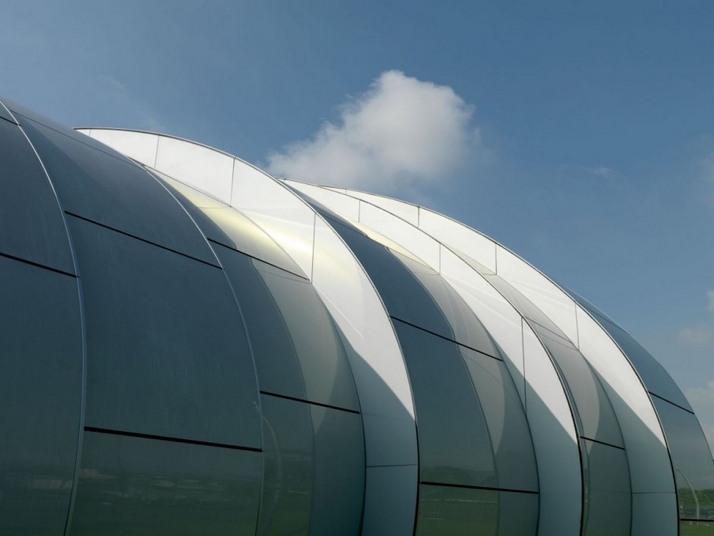 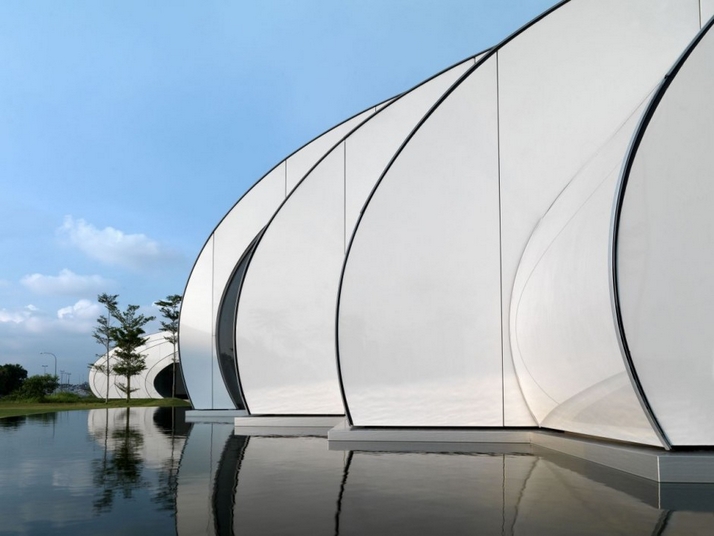 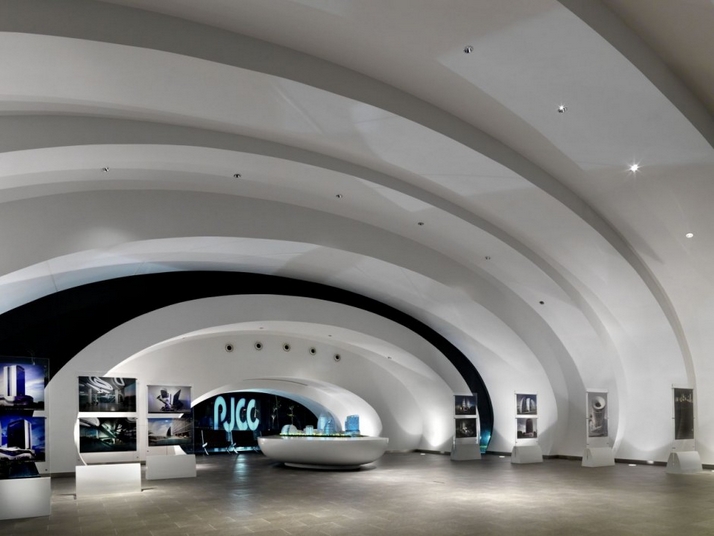 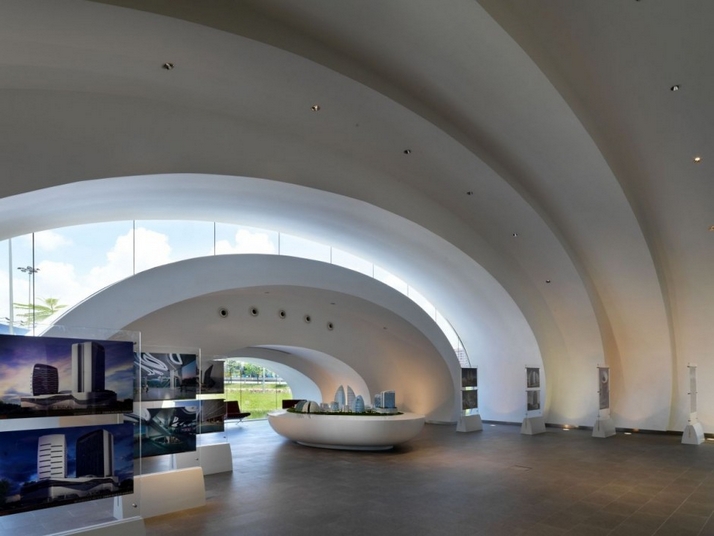 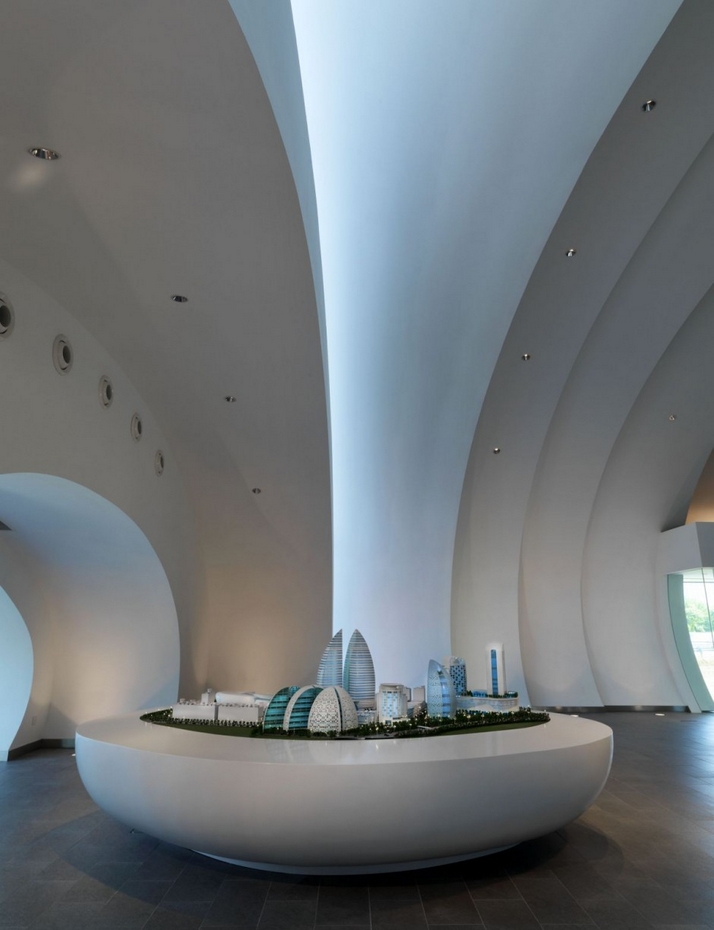 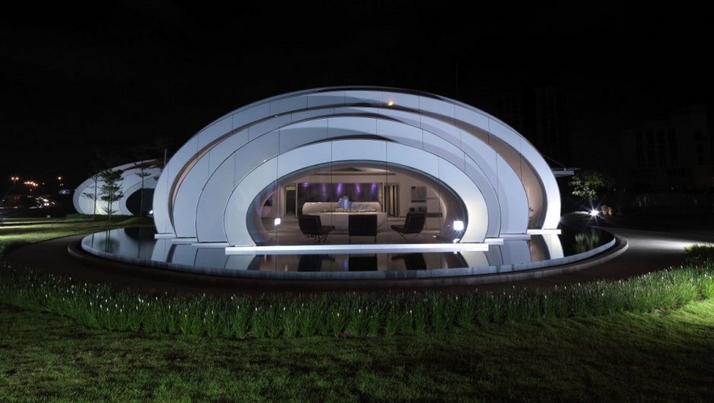 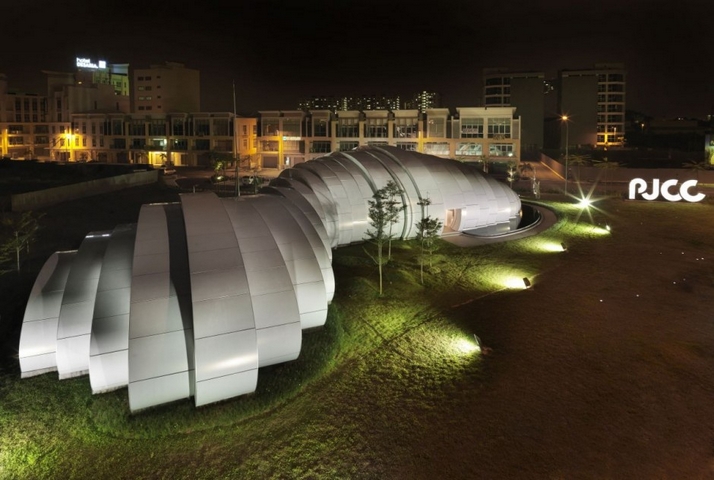 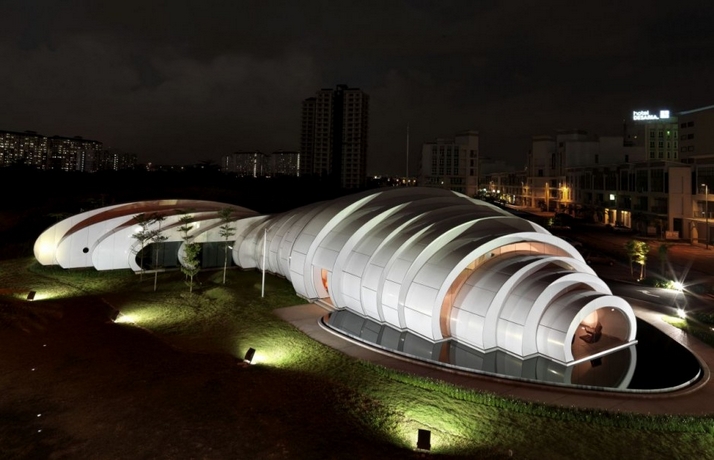