Due to the lack of cultural venues in the city of Pamplona, the Navarra government convened a national competition to select the design of the Congress Palace and Auditorium of Navarra. The winner was the studio of local architect Patxi Mangado.

The Bulwark offers a large space to accommodate many unique types of cultural events and trades regardless of its size, special features or number of participants. This is one of the largest in Spain.

The Bulwarks is located in the heart of Pamplona, in the old town next to the walled area of the Citadel, a fortress of the sixteenth century.

The Bulwark is configured as a large L where the architect plays with the contrast of the facade between completely blind and transparency and luminosity. The effect is a linear building, without excessive height.

In addition, the building is surprising for the disparity between the horizontal structure that can be seen from the outside and unsuspected verticality of the interior, with areas of high altitude and spatial continuity.

The L is closed to the Citadel and opens to the new Parliament of Navarra and a plot that a shopping center now occupies. This provision creates a large square, the Plaza’s Bastion, of 10,000 m2, where the volume of the cafeteria is located.

The cafeteria is a glass case located in the plaza. The glazing ensures the continuity of the square.

The interior is simple: the main hall occupies an entire wing, along with some big perimeter walkways that surround it. The other contains the exhibition halls and conference rooms, and appears between the two wings of the large main hall. The building is sealed with large pieces of concrete into the Citadel, with a stone facade and rotunda, while it opens onto the plaza with large glazed openings.

It has a main auditorium with capacity for 1,568 spectators and a Chamber Hall for 444 people. For the other events and exhibits, rooms are available from 4,800 m2 for this purpose.

The congresses find their natural location in the Citadel Rooms that can lodge to a total of 800 people. The chambers have movable walls that give flexibility to redesign the size of them. There are also other smaller rooms, such as conference rooms, a hall dedicated to exhibitions and receptions and a restaurant with capacity for 125 diners.

The building has 4 floors underground, two of them for public parking with capacity for 900 vehicles.

While digging the huge hole for the parking, they found the remains of one of the bastions of the Citadel, the St. Anton, destroyed in the 1950s to build the Avenue of the Army. It was decided to integrate this bulwark in the design, giving name to the building, Bastion, and generating a new exhibition hall which now contains the remains of the wall.

The entire building is covered by slabs of dark gray quartzite of Zimbabwe, which provide a very massive appearance and bear the pollution of the traffic well. Coatings and tropical timber have been used in the interior.

The cafeteria of the plaza is a glass box.

The square of the Bastion features unpolished paving stones. This element has raised a big controversy because of difficult accessibility for people with wheelchairs. This provoked a series of actions to facilitate the use of the plaza and the building, changing the pavement in some sectors. 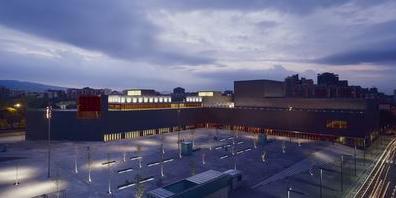 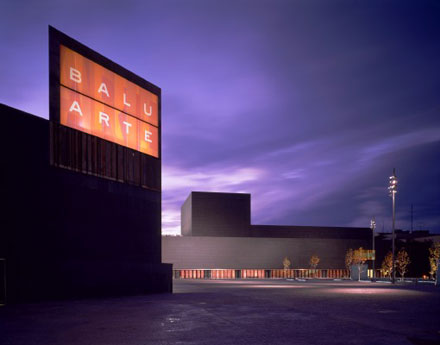 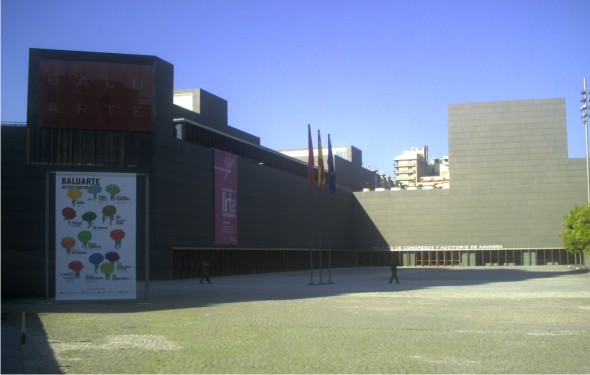 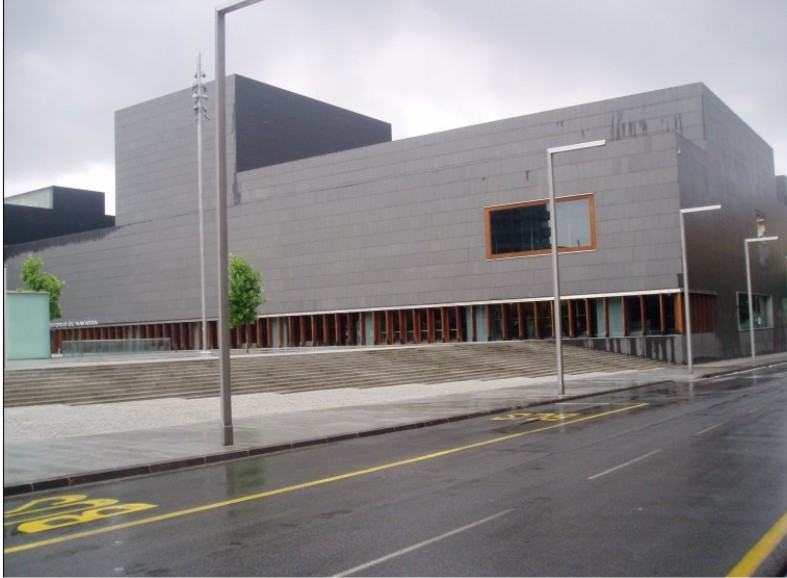 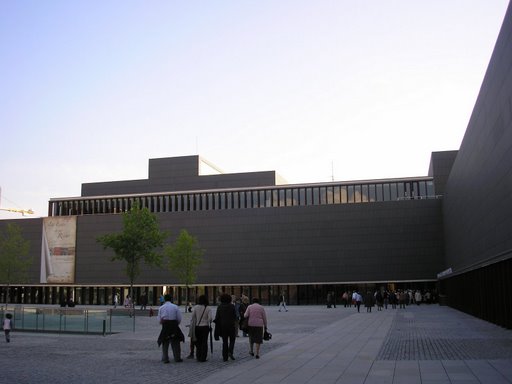 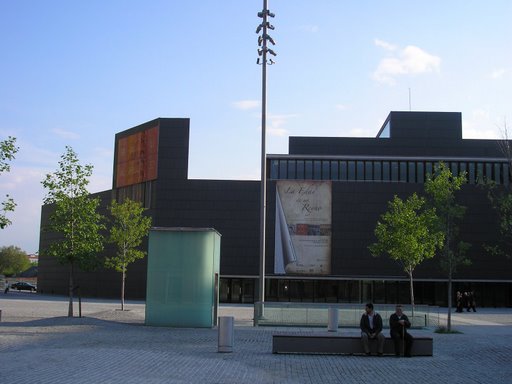 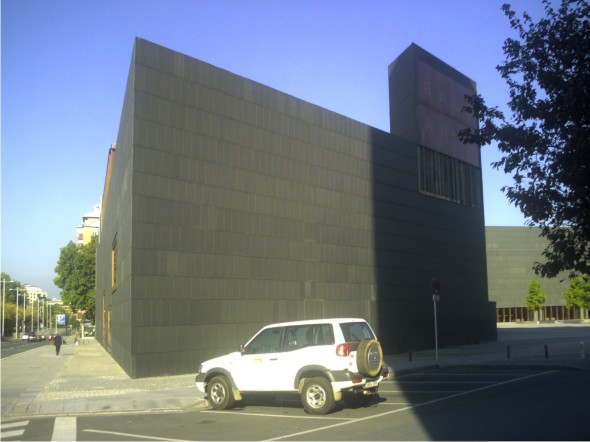 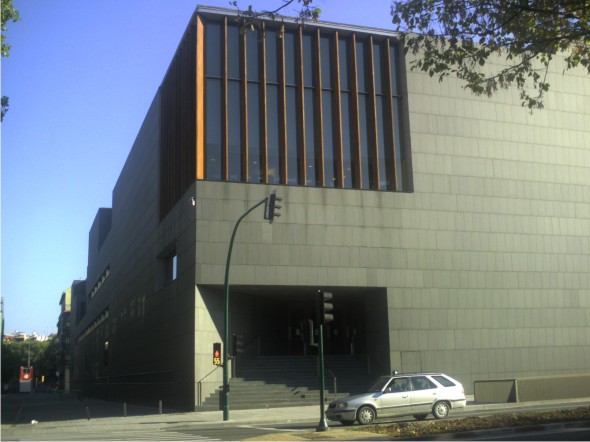 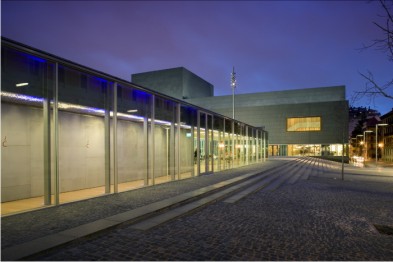 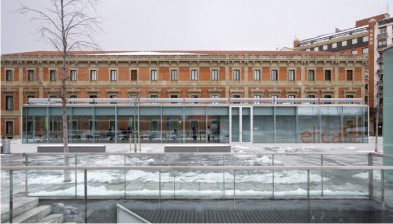 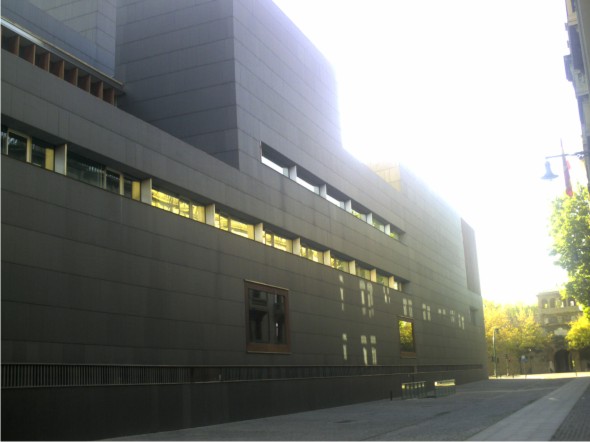 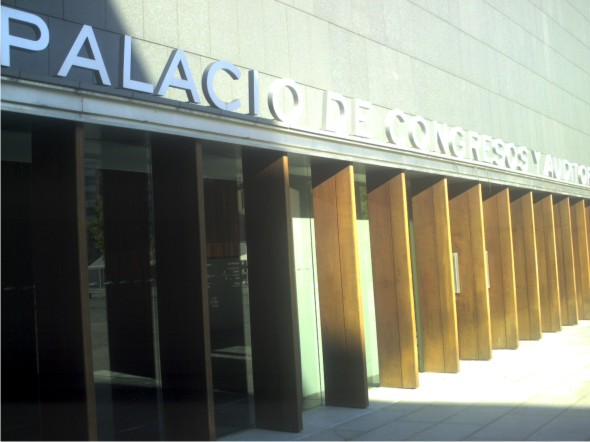 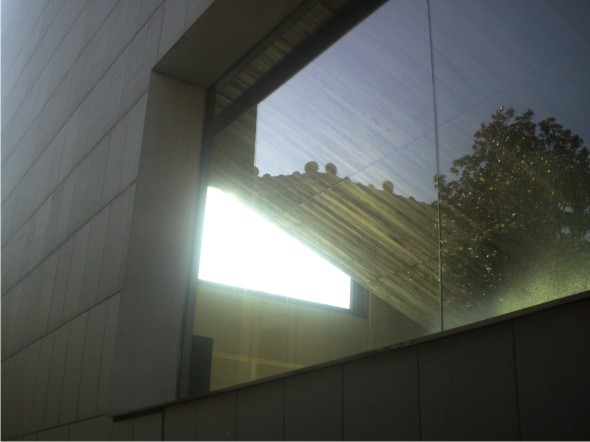 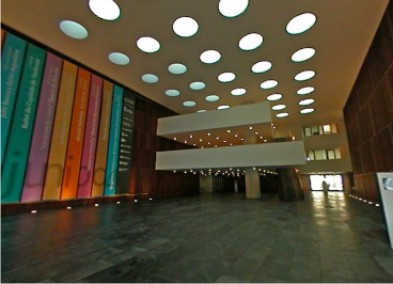 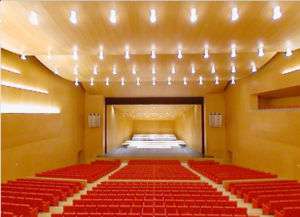 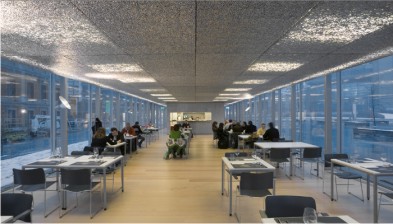