The building was designed by Giovanni Muzio and was built during the years 1931 – 1933 by Bernocchi Foundation initiative to provide a permanent place at the International Exhibition of Decorative Arts.

Site selection is decided within the Sempione Park because of its centrality and be communal property. Being an ideal place for conducting a grand palace for the arts.

The building is rectangular and consists of two bodies that emerge over the central area, the broad curve is characteristic that defines the area short.

Muzio choose the position of the building in the shaft with the Arena, in south-west direction, so as to bring him the fourth pole of a monumental system composed of the Castello Sforzesco, Arco della Pace and dall’Arena. Also the park in the center stabilizes a balance with it.

The main entrance overlooking a major street connection between downtown, the Sempione Avenue exit and the artery to the city in north-west. At this, the Palazzo looks directly through the Sempione Park.

In this first stage of laying down guidelines of the basic elements of a palace designed to accommodate all forms of art and culture.

Rectangular is defined with some projections of incoming arranged symmetrically on the facade.

The main facade has a volume of higher income from the plant about the rest of the project of imposing dimensions and large the sides of two levels and double height central to the passage of the public, these are the strong elements that characterize the project.

On the opposite side looking out to the park, Muzio semicircular terrace provides a great use of coffee, which is separated from the body of the building but connected to it via a portal and are also served by two staircases.

Ground floor, an office block into two at admission. When entering direct access to a central dressing room which arise tours through the exhibition halls are arranged along the perimeter, also found the staircase that connects the upper floor and the link to the terrace.

Top floor are the other services and offices and showrooms located on the long perimeter. In the center a great “Hall of Honor” in front of the steps.

It retains the strong axial whole, the volume and the main formal elements.

It bring significant changes in the forensics and fronts, both in aesthetics as in the distributions and functions.

We develop a basilica planimetry oriented north-south and a large semicircular apse.

On the first project are defined and better articulated volumes attached to the fronts, completely changing the short sides.

On the northern sector, establishing a cylinder of cement and glass and develops inside a spiral staircase which is involved in three trades places plantas.La staircase from the first project, releasing the visual into the park.

It adds a flat semi-buried in designing a theater with a foyer, new spaces for services, a restaurant, bank and local exhibitors.

The restaurant occupies a barycentric position in relation to indoor and outdoor. Are accessed directly over the foyer, from the park and is composed of three rooms. It is open to large front porch with large windows and faced with fountains and arches of Mario Sironi.

Ground floor are the box office and other local service. Admission is done through galleries exhibiting, or through the central hall is also used for access to the stairs and “Impluvium” with a height of about 15 m adjacent to the courtyard where the statue of Leone Lodi.

On the first floor, the exhibitions are held in the great “Hall of Honor”, aimed at the ceremonies, which in turn overlooks the porch. The plant is highly symmetrical and classical style.

It was built with industrial language that promotes the idea of exploring the studies on the optimization and distribution of natural light.

The engineer responsible for structural problems, get a minimization of the vertical structure with new terms and dimensions. It operates at the same time the horizontal structure to establish a rhythm on the roof of the hall and other spaces.

For the first-floor exhibition rooms made the building blocks so that no visible veins on the inside and reach the best possible quality luminaires.

Natural lighting is one of the parameters that influence mostly in design. The perimeter walls are illuminated to five feet of soil from upper windows.

The roof light to the garden has yielded a perimeter arcade, with independent chiaroscuro effect, a new development between muraria masses, draperies and structure.

The stone and clinker are in turn used materials, coating on all the volumes that stand out, as the body of income from pink granite.

On the outside of the stairs, arches were added to create a set of plants combined with the facade that is seen behind them.

Inside, white marble and mosaic pavement of the hall, lining for the “Impluvium” and the inner courtyard, oak flooring in the showroom.

In the central staircase Istrian stone ingots and copper parapet. The floors on the second floor, some in marble and one in linoleum. On the terrace above the green marble portico.

In 1933 he performed temporarily Sirone arches against the portico, the roof closes green and proceed with the demolition of a pond.

The Palazzo has a system of cultural events: the flags are carried out and works scattered throughout the park.

In the Second World War part of the building was destroyed in 1940 and Muzio made the marble wall separating the lobby downstairs.

During the war the building underwent numerous bombings and was partially smashed.

In 1946 internal interventions are developed that are appropriate in a first separation between the exhibit area, the underground area, theater and horizontal closure “Impluvium”, all through a template that sharply divided the height by denying verticality.

Muzio conceives the courtyard and the “Impluvium” as “winter garden” and “waterfall of light” in the heart of the Palace of Art. This change radically alters the space comunicarión between internal and external space, transforming the place into an opaque and nullifying the designer attempts to find natural light and external perception most poetic meaning.

Both interventions cause the destruction of the most suggestive, more representative and less functional interior.

In the mid 50’s semi-underground floor is separated from the arches exhibition, becoming independent theater and a ballroom introducing outdoor spaces for services.

The restaurant operates autonomously, located in the same place as when it was made in 1933.

In 1962 he performed a second operation, although invasive and which was never finalized. We performed the construction of a staircase Concrete Connection.

In 1968, the Palazzo is occupied by groups of demonstrators and from that moment began a degradation that has become more pronounced over time.

In 1982 with the restructuring of the doorway is closed courtyard, occupied by the cement stairs and ventilation facilities.

Amending the theater and reopen some areas and connections on the “Golden Hall”. Also the stairs are made of metal external security.

The space was designed to recover Hall to perform the library, next to the theater.

The restaurant and part of the freed space is occupied by the same Chamber that is transferred, also the porch and the outside.

They recover some offices on the first floor exhibition space is divided according to thematic and temporary or permanent characteristics, the Architect’s Gallery, Museum or Gallery design of graphics and photography. The refurbishment of each space is responsible to a different designer: Game Aulenti intervenes in the Gallery Umberto Riva income and restores the lobby, bar, library and former “Impluvium, Angelo Cortesi Gallery of the graph and the photography. 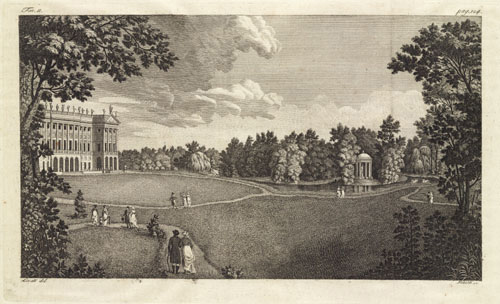 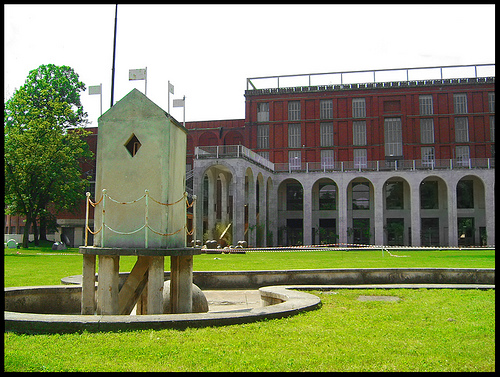 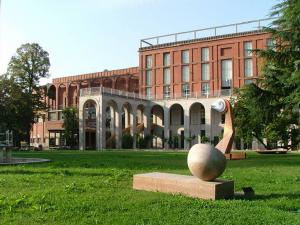 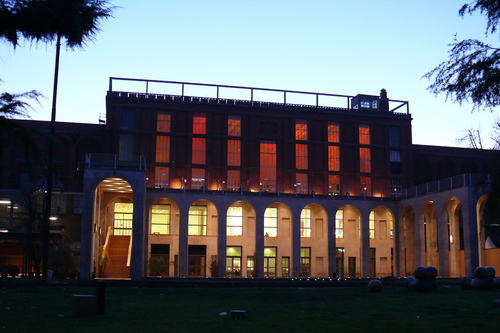 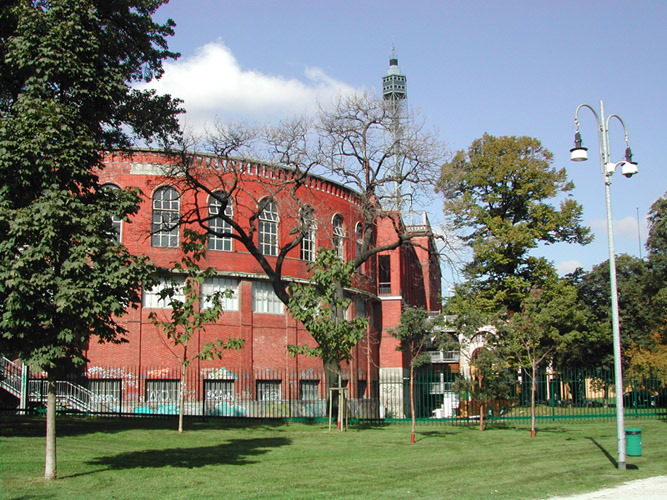 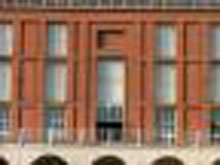 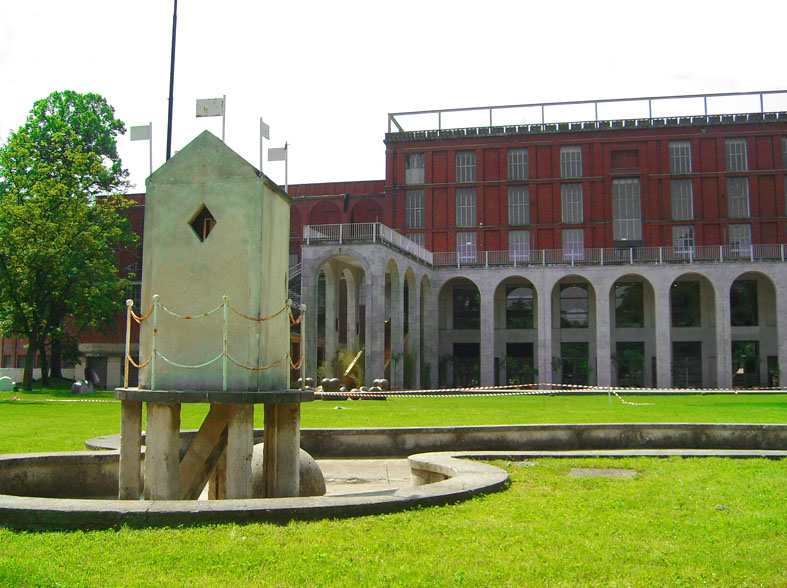 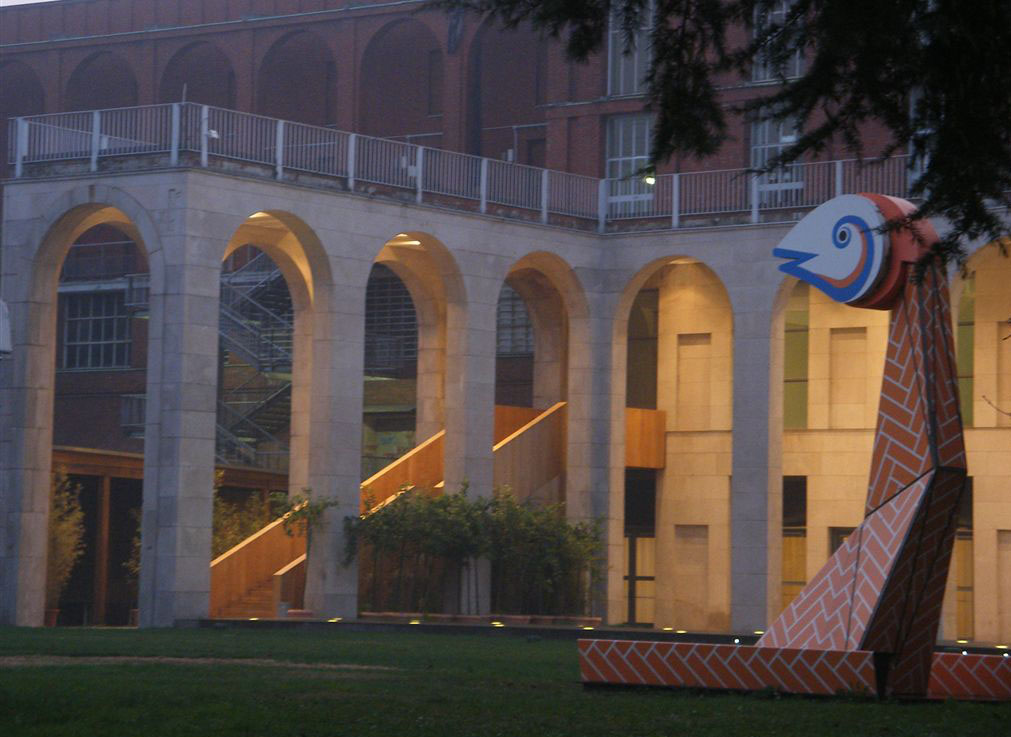 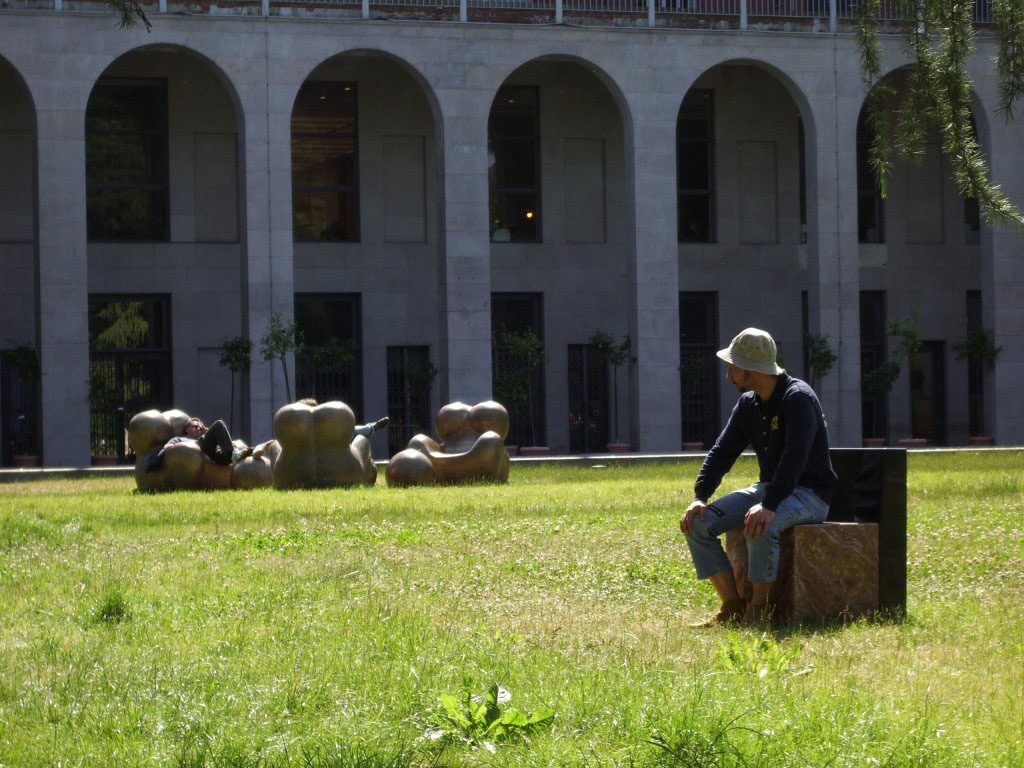 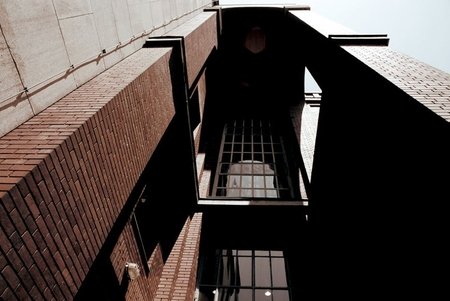