In 2000, nearly four decades after his inauguration, completed the remodeling of the office building of Nestle, the largest company in Switzerland.

The building was designed by the architect of Lausanne, Jean Tschumi in 1960. For many years the silhouette became popular glazed his 6-storey building with a “Y” that evokes inevitably Unesco headquarters in Paris.

The building was implanted into the space left by the demolition of the Grand-Hötel, a palace of the late nineteenth century it was destroyed regardless of its heritage values. This caused great excitement at the time. However, some values ​​were considered amid jubilant euphoria of that decade, and that’s how the iconic multinational firm, built a curvilinear volume and glass landscape.

The Swiss building became an icon of architecture of its time. Now, ironically, the story is more respectful of the design Tschumi, because assessment guidelines prevail today that there was in the sixties.

Therefore, given the signs of technical obsolescence of the building and the need for adjustments and extensions, Nestlé went to study architects Jacques Ignacio Dahl Rocha and Richter.

This is the third project for offices, because the original building had an intervention Tschumi in 1975, it expanded its area doubled, by architect Burkhardt. Therefore, the Richter & Dahl Rocha, twenty five years later, have very different characteristics.

Indeed, it is not a new building or an extension, is, according to his own expression of the authors, “a renewal accompanied by a critical reflection on the combination of the complex from the incorporation of the second stage”.

Participated in the work 240 companies large and small. For 36 months there in an average of 165 construction workers and foremen in action. That represents more than one million hours of work on site.

The building was declared a National Monument in the early 80s.

It is located in the small town of Vevey, surrounded on one side by Lake Geneva and the mountains that rise on the other side.

This third intervention ranging from the creation of new elements to the restoration and transformation or restitution of identity. According to the architects had to answer the basic questions raised by the current debate about the preservation of modern historical monuments, a subject still little explored and experienced at this time.

The building was operated based on the masterplan of the work and improving circulation without modifying the original design.

The aim was to achieve an atmosphere of calm and harmony, spatial beauty in balance with stunning natural beauty of the outline. This is evident from the monumental hall, which exhibit fine features of minimalism, and reaches to the elegant and luxurious modular office furniture.

As a first step, the material was removed original facades of the five-story work, leaving the structure in sight. This was done because they used new technologies applied to aluminum and glass curtain walls. It was developed a system of movable panels that close each office space. Interventions were also conducted on the deck of the terrace and the double spiral staircase.

Another important decision was to connect the old building with the new via ramps. The original skeleton, remained the corridor, which was eased through separate parallel corridors for double glazing. Laboratories also transformed, restored the connections with galleries and included a new restaurant for 500 people.

The image of the new annex is a great visor perimeter widens as the volume is giving facing the lake. For this area, the designers came up with a semicircular facade in response to the problem of glare from the sun reflecting in the water.

In access, aluminum overhang 11 meters welcomes visitors and shows on its facade metal panels and glass that make up the park. The building exterior pergolas complete the current volume expansion.

The project provided a number of important improvements economies. The new installation of office lighting consumes 60 to 70 percent less electricity than the old installation. This is a savings of over 300,000 kilowatt hours per year, which is equivalent to the annual consumption of one hundred departments. The heating, cooling and ventilation, with the help of the new crystals, decreased 4 percent thermal energy consumption. 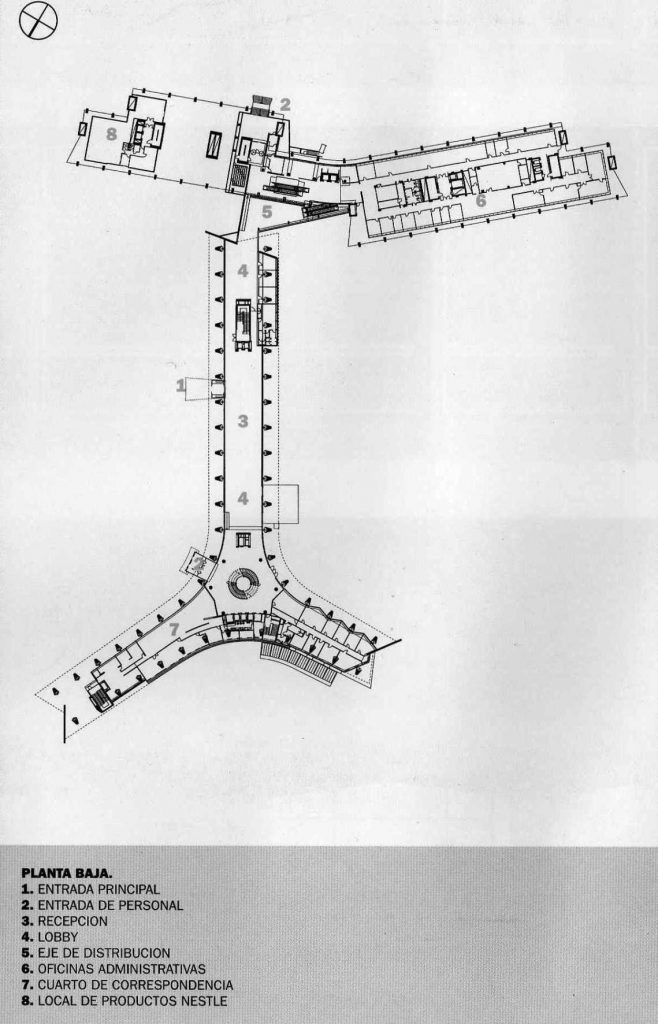 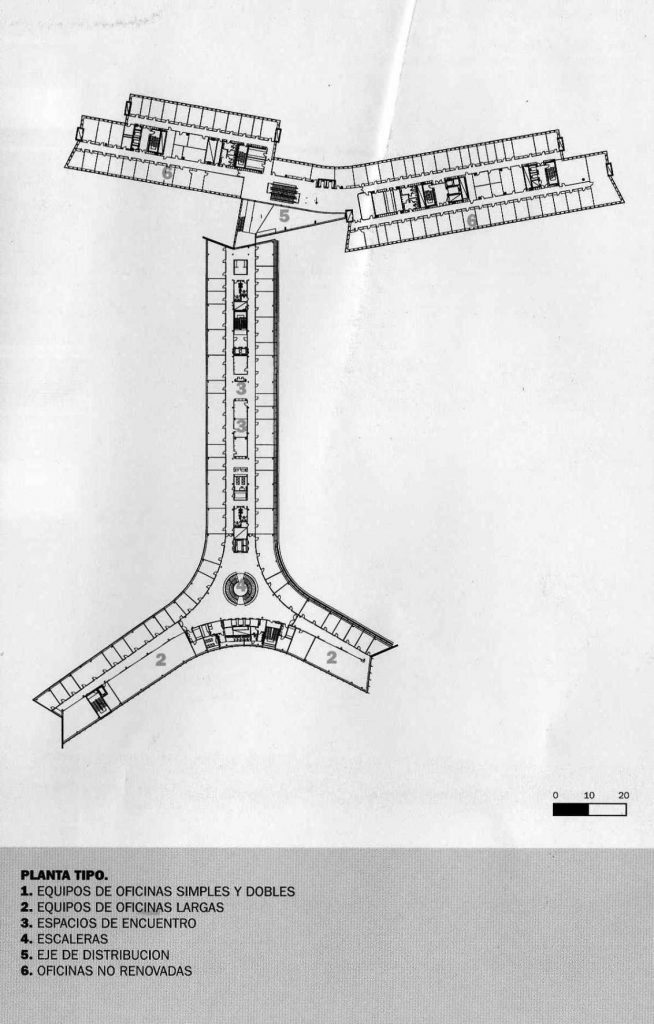 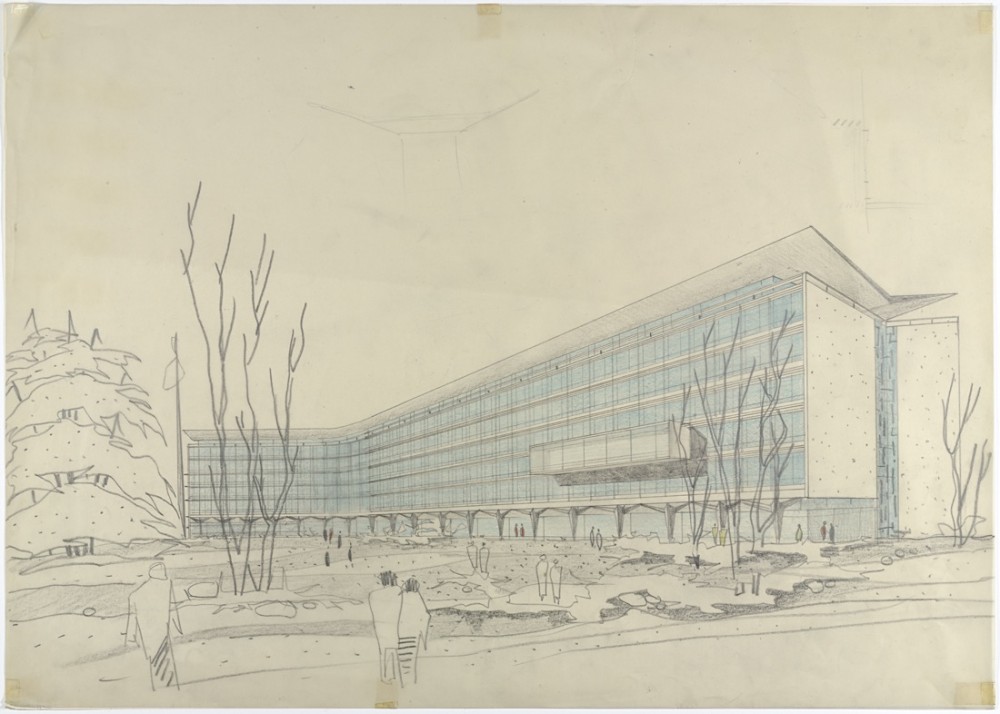 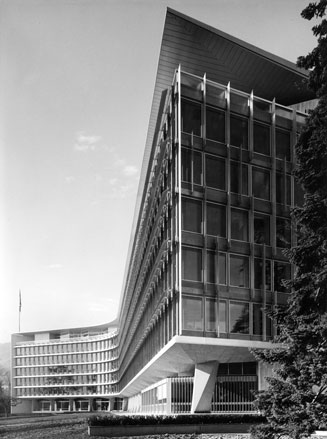 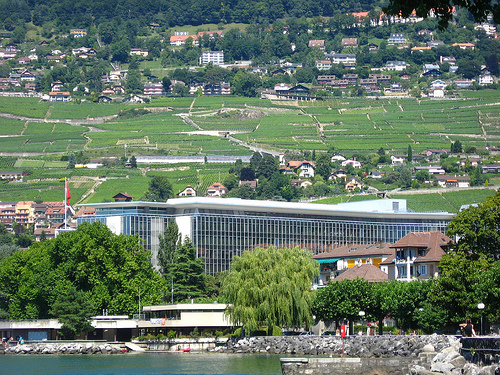 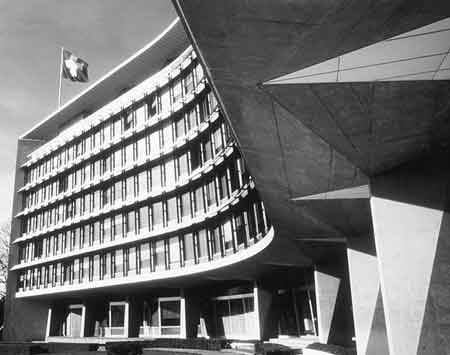 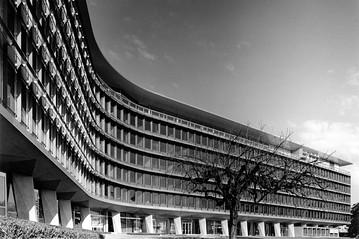 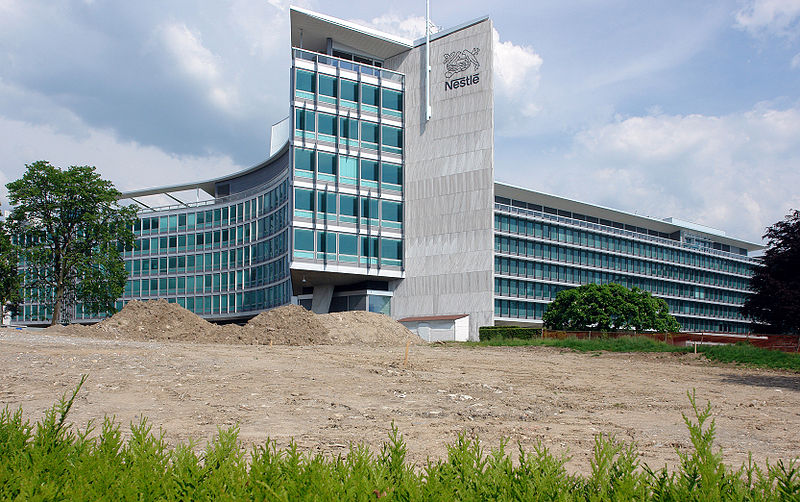 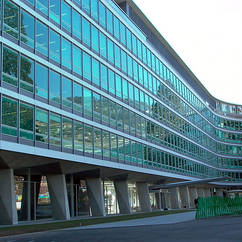 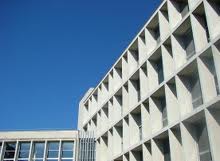 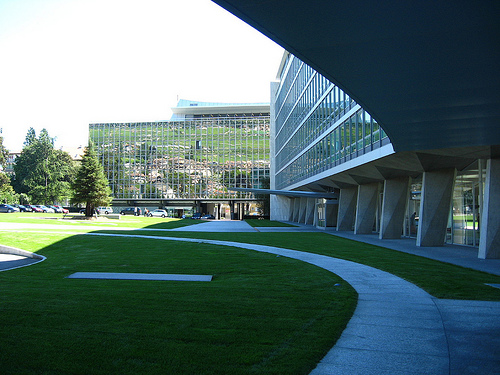 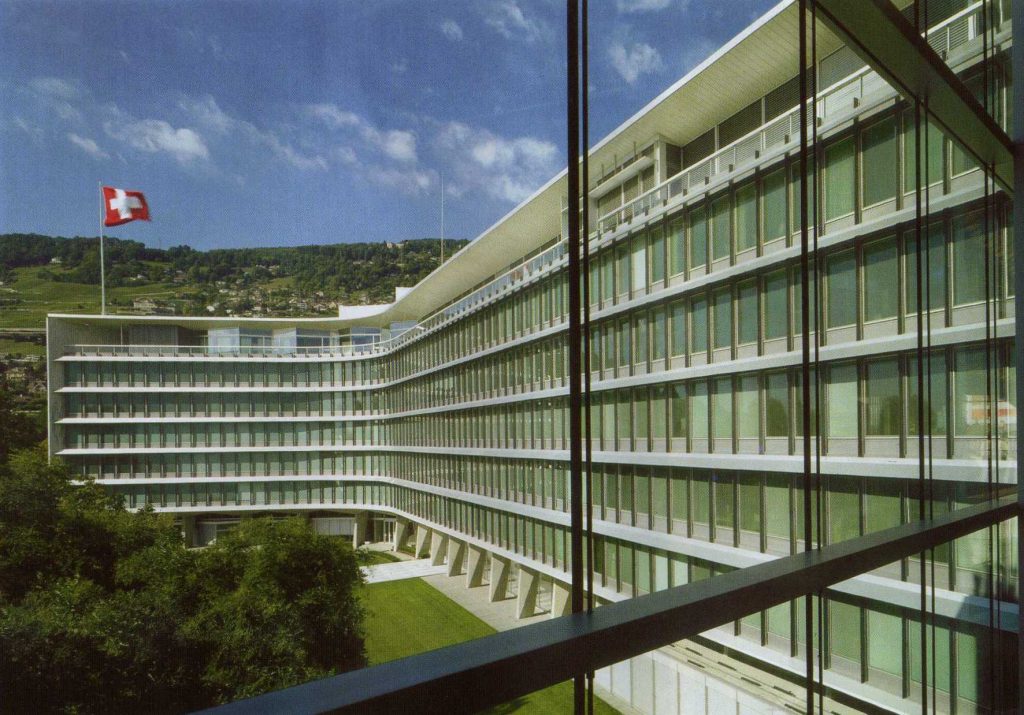 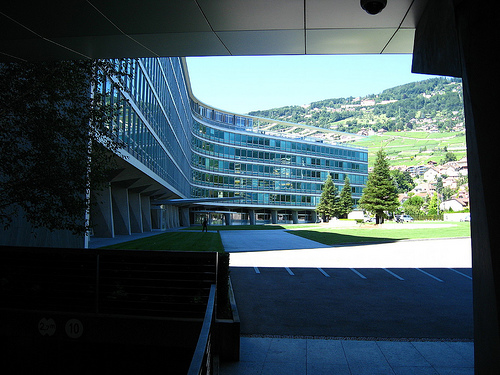 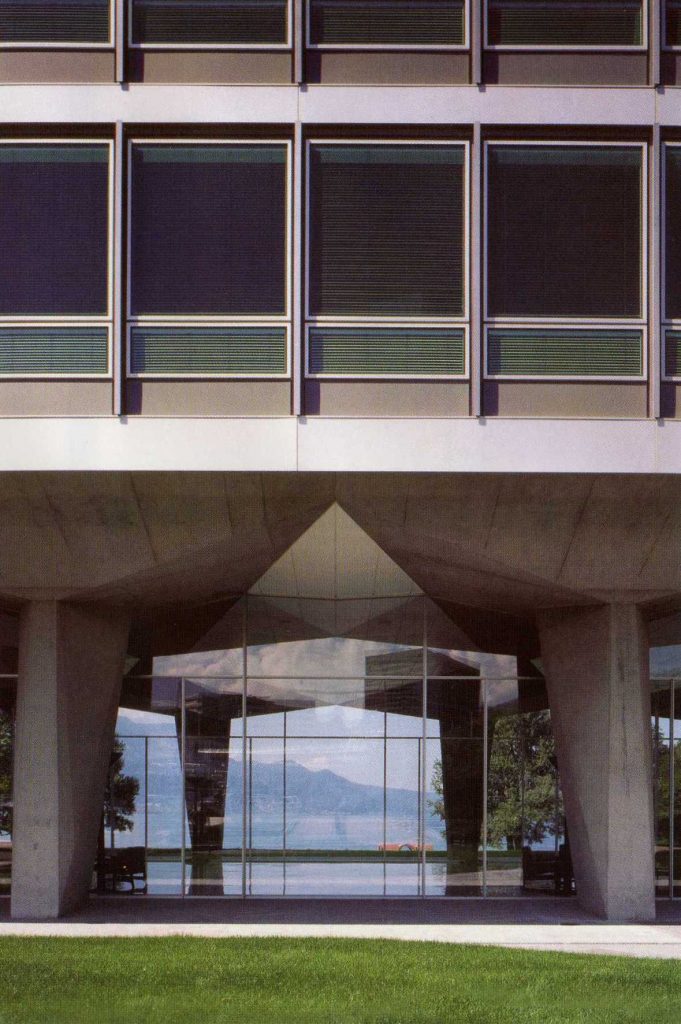 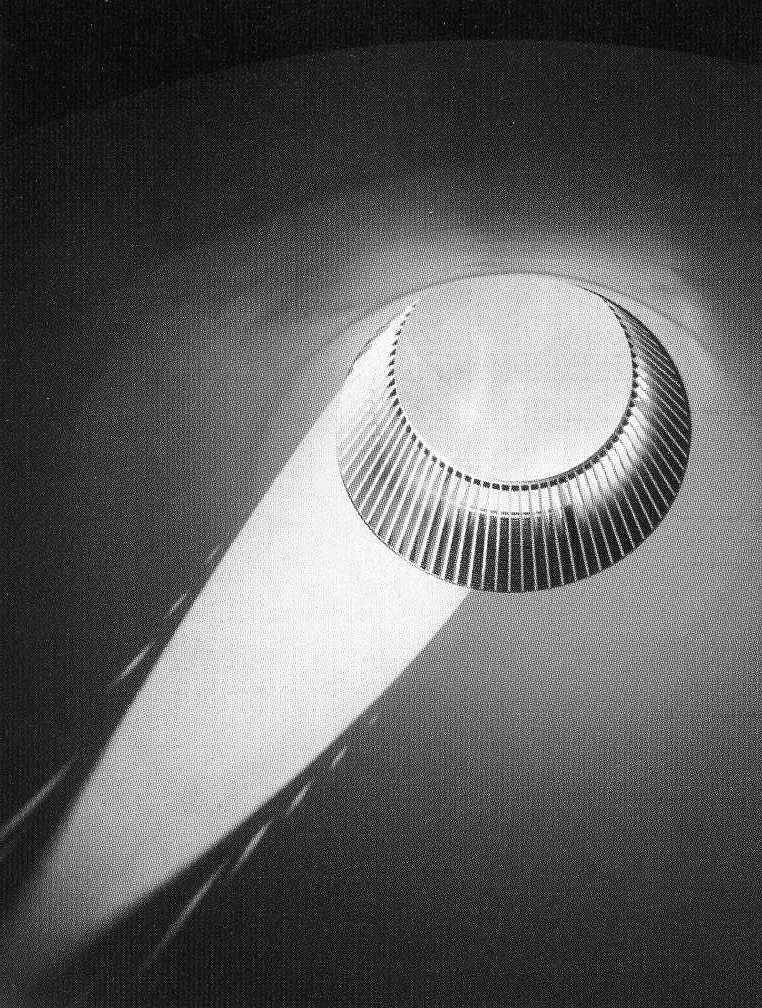 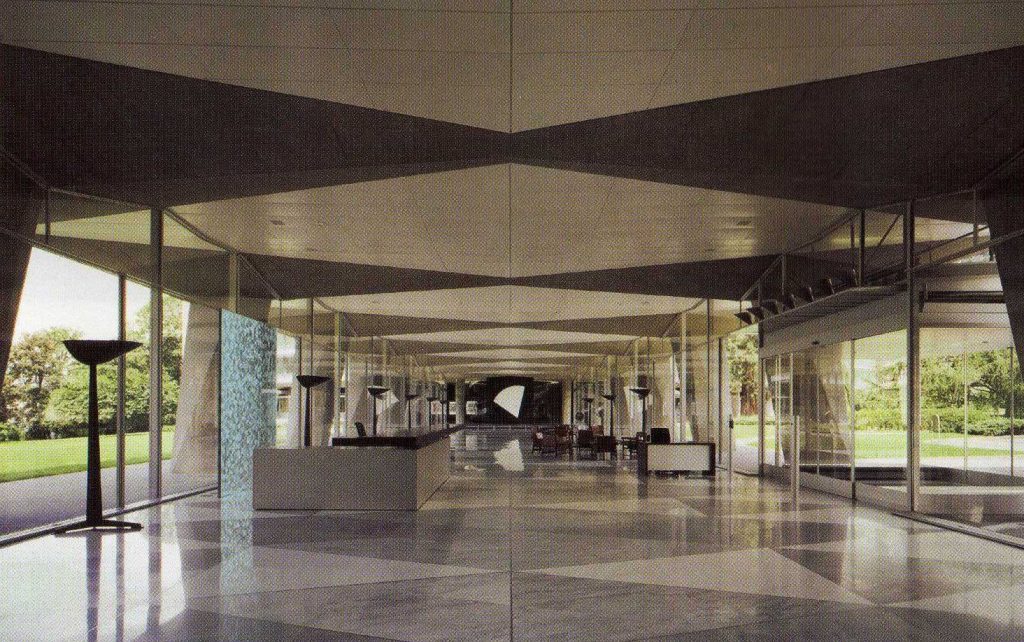 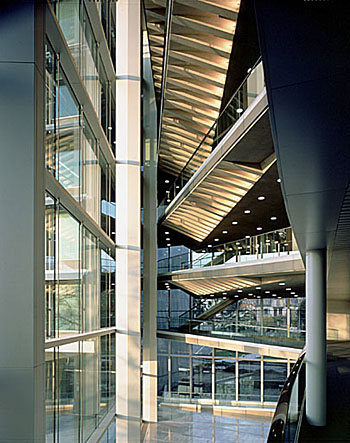 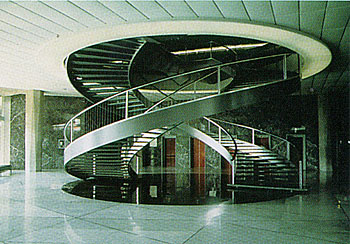 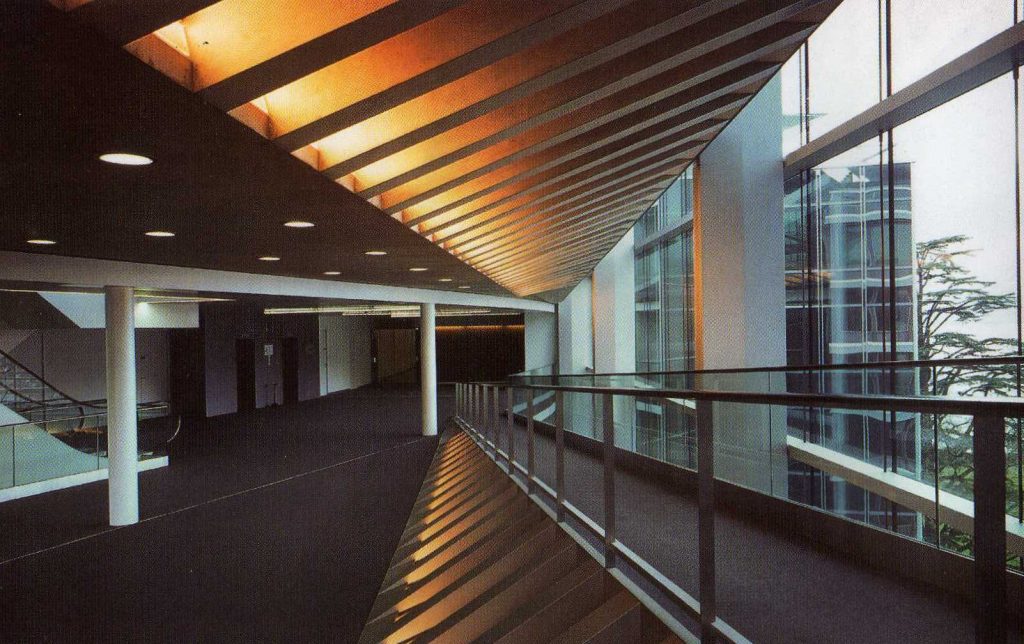