Chocolate is a pre-Hispanic food that she deserved a temple in conditions in the country where they began to shrivel. The Swiss company Nestle commissioned up in architecture as a wrapper for delicatessen chocolate factory in Mexico.

The local study Rojkind Arquitectos, led by Michel Rojkind, along with several groups of industrial and interior designers were in charge of designing the Chocolate Museum.

The play is actually a warehouse annex to the existing one. It was designed and built in record time, in just 3 months, between January and March 2007.

The intent of this project the company is no more than continue building its brand. The Kingdom of Nestle Chocolate is a space that lets you know the history of the product and its processes in a very fun and safe within the premises of the Chocolate Factory, directed mainly towards children.

It can be visited free Monday through Friday.

The Museum is located on the side of the highway at the entrance of Toluca, at the end of an industrial installation of three hundred feet long.

The fast track on which it is situated, is both a link and a barrier to the project.

The density of occupation of the land is very low, with the highest occupancy horizontally.

The Museum is located at the very entry of the Nestlé factory, rising above the garden where it implants, supported by several structural legs.

The building is an icon on the outskirts of Toluca. As a toy urban scale, invites an emotional journey and creates spectacular at the entrance to the museum which houses the chocolate.

It is a striking container of corrugated metal and scarlet tones, evoking both the industrial character of its location as well as fun and pleasure associated with the product.

Its facade alludes to a chocolate wrapper, while inside minimalist chairs shaped chocolate.

There is a marked contrast between the original ship and the newer building, a sort of time warp between Nestlé’s corporate colors: red on the outside and white inside.

The museum has 634 square meters high on a garden, divided into different areas according to their uses:

Access to the building is done by a back staircase that takes visitors through a prism atrompetado and faceted. The triangles of the kaleidoscope is made of different white makeup to accentuate the differences in levels. From there, the whole volume is off the ground, supported on various structural legs.

The lobby opens onto the periphery of a bland landscape of power lines and the highway to accommodate the groups, including the guest service and sofas in the form of chocolate bars. The theater holds the visitors a minute to introduce virtually the fluid world of sweets. Thus begins the journey through corridors, tunnels and lookouts on the Boards of the factory. Before leaving, the ride ends at the souvenir shop. 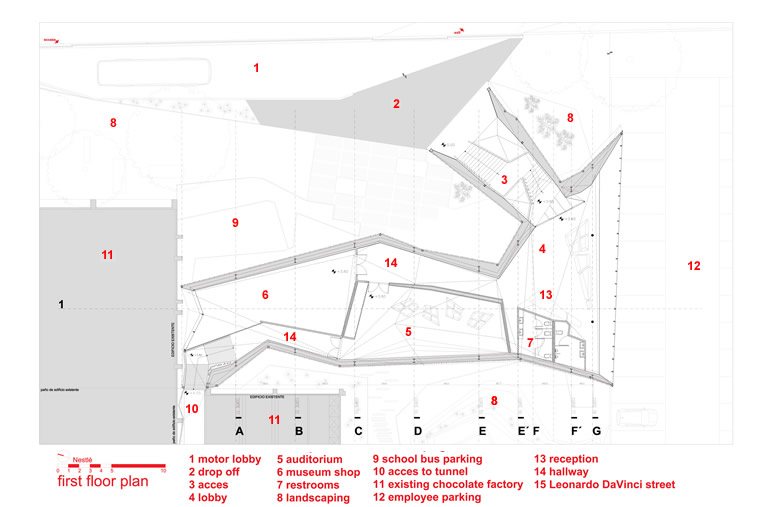 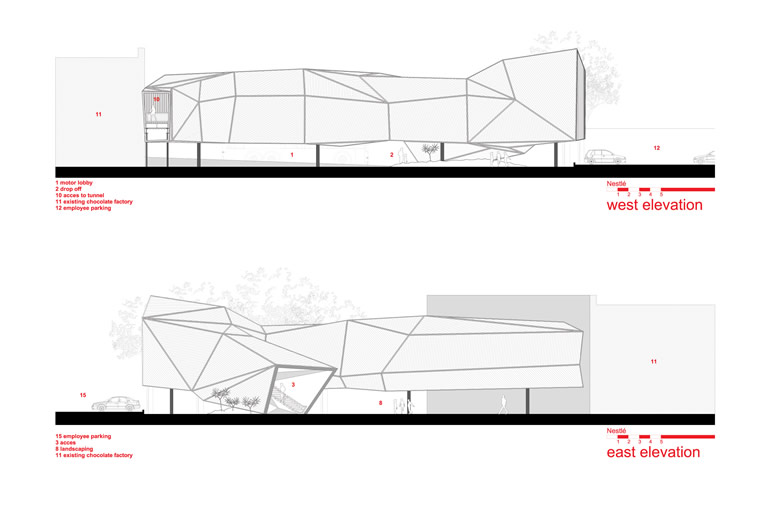 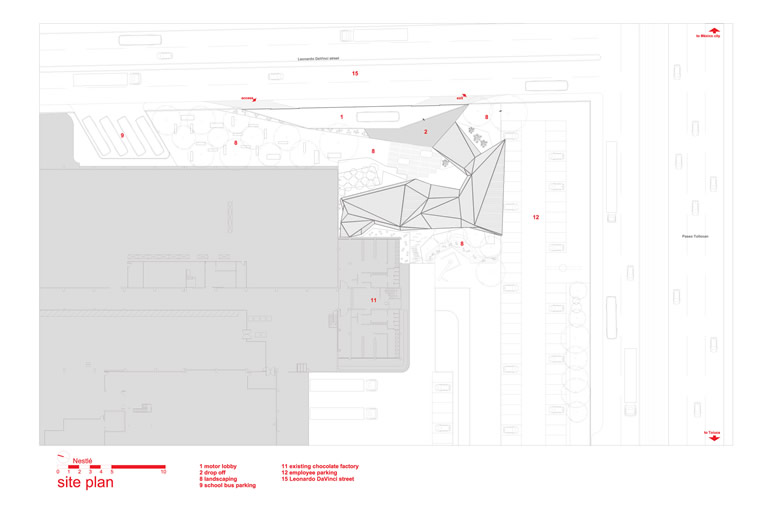 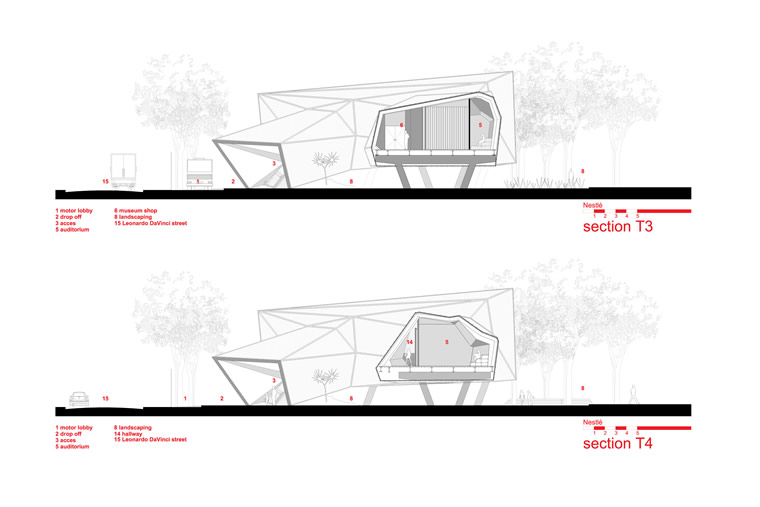 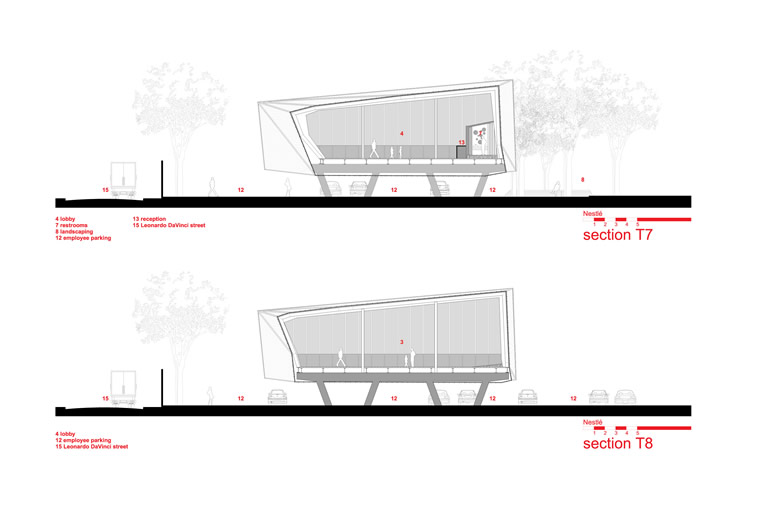 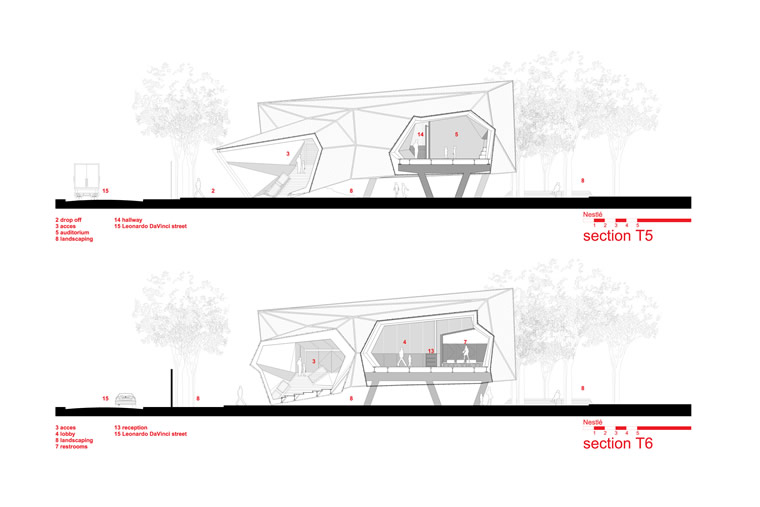 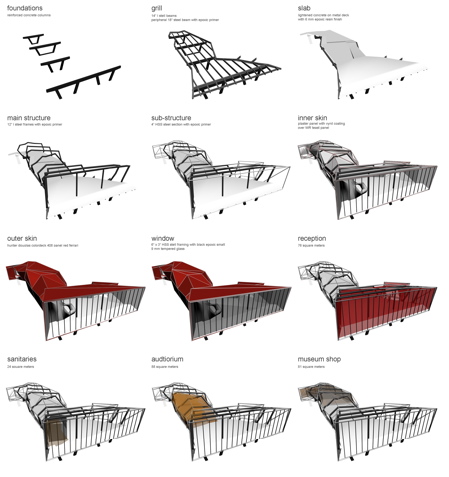 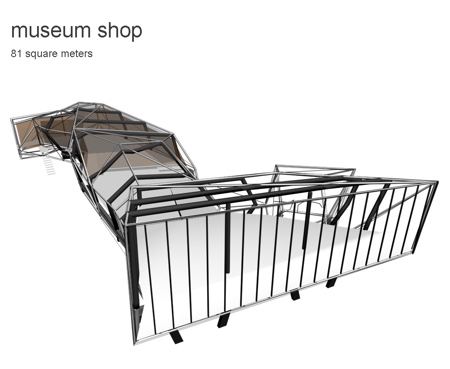 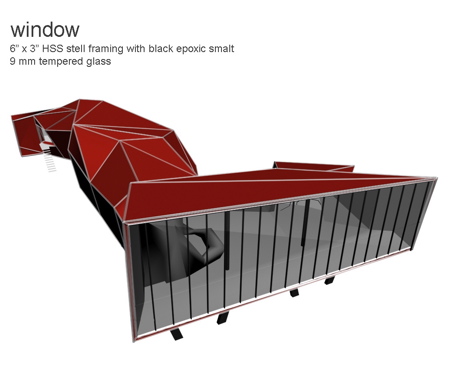 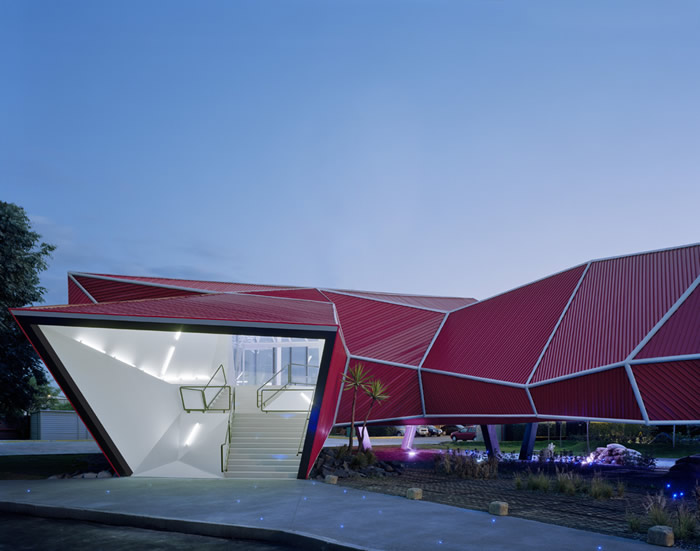 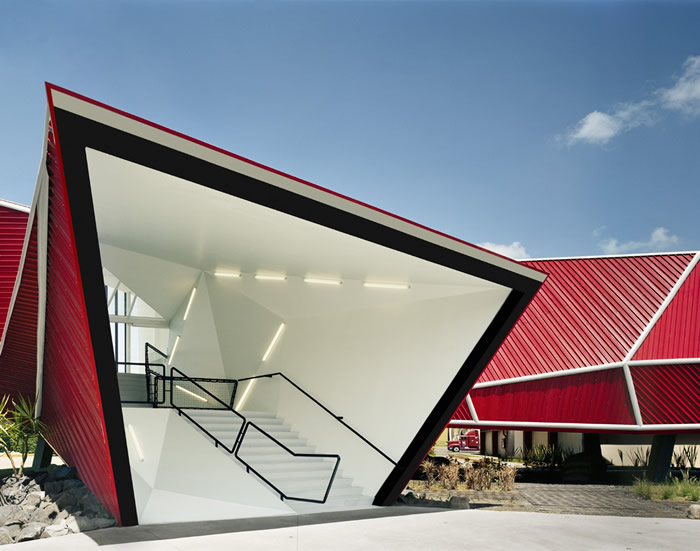 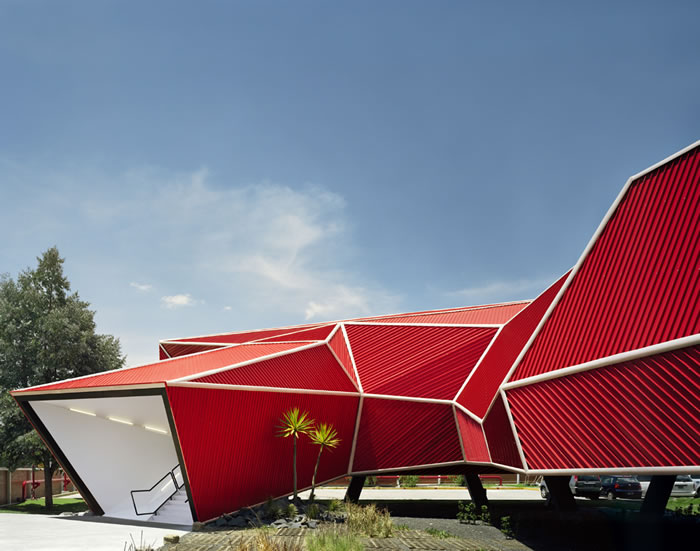 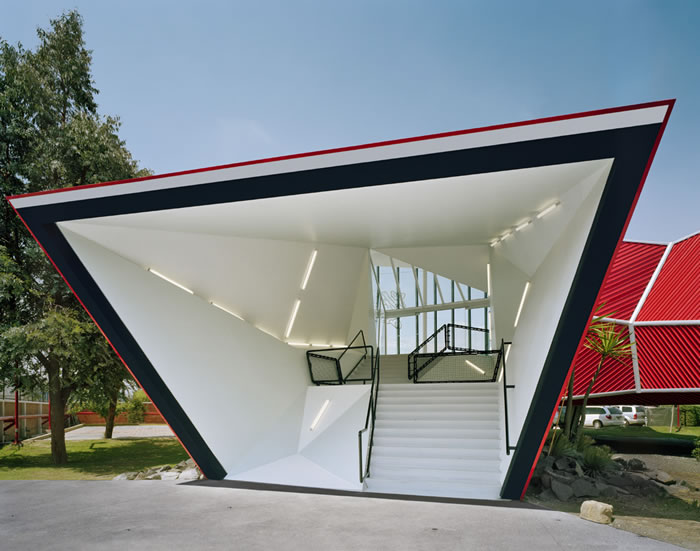 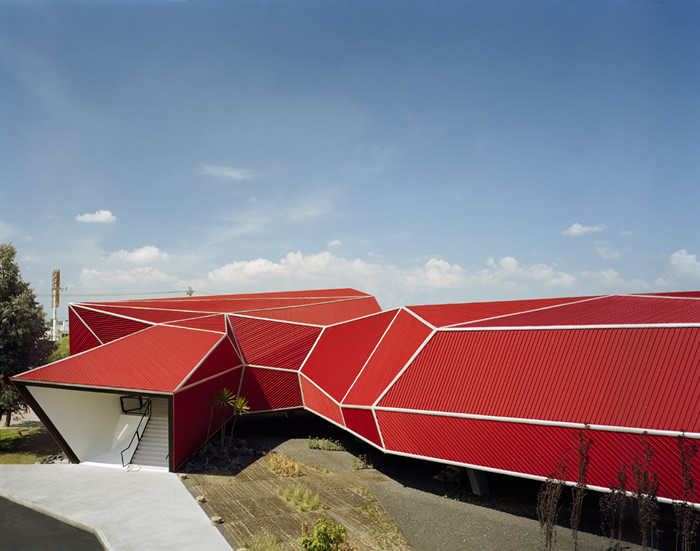 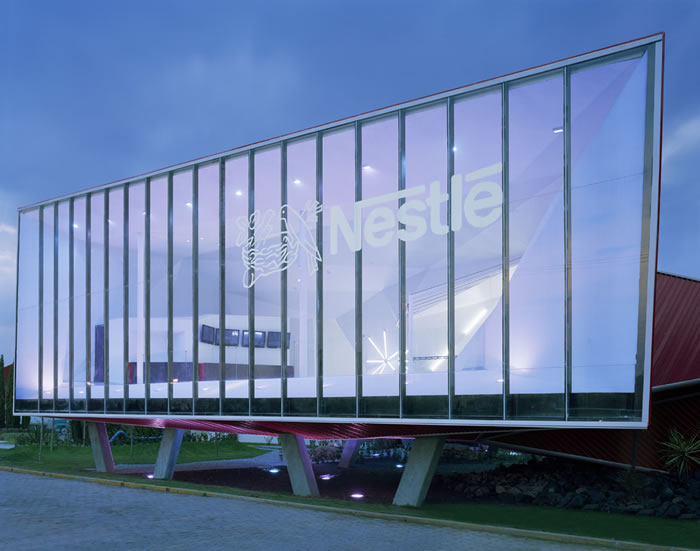 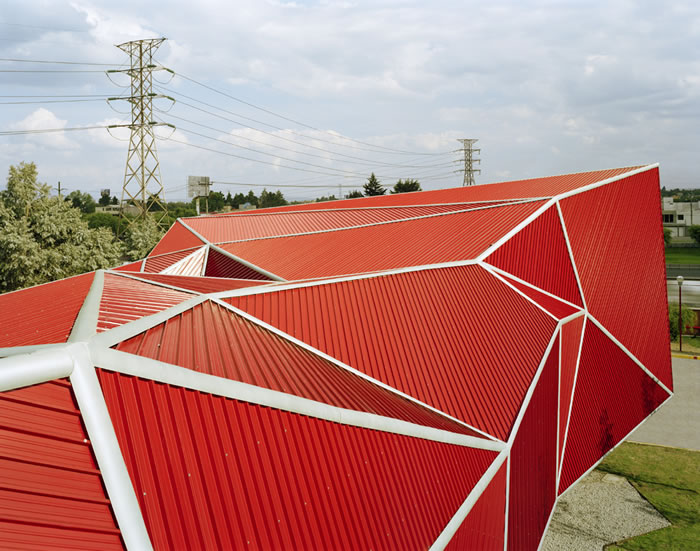 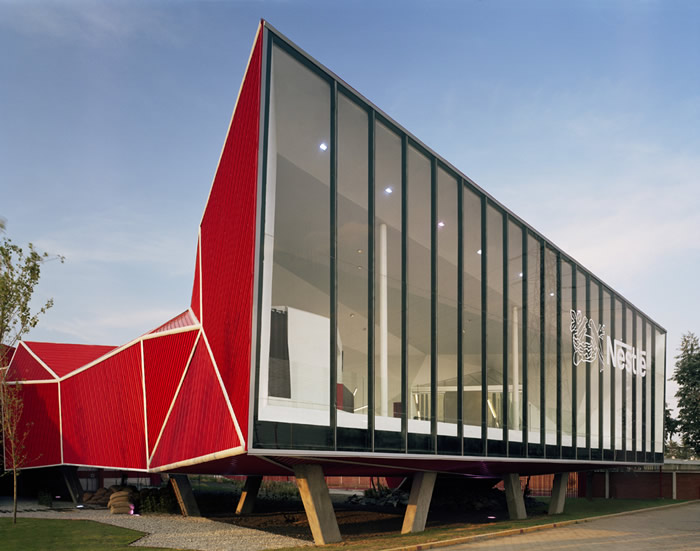 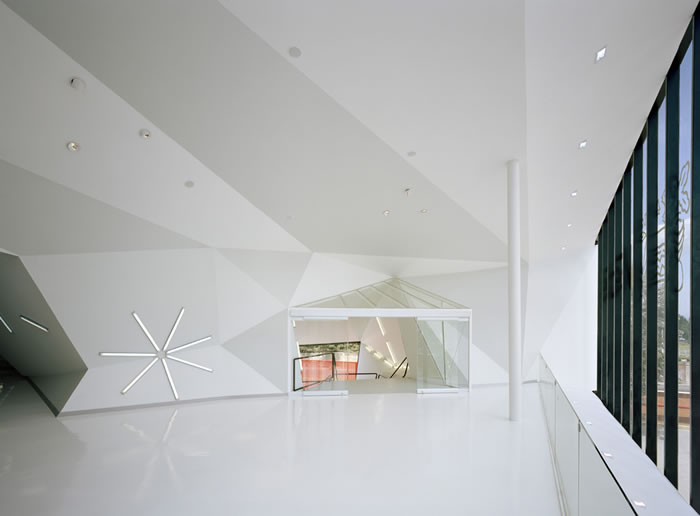 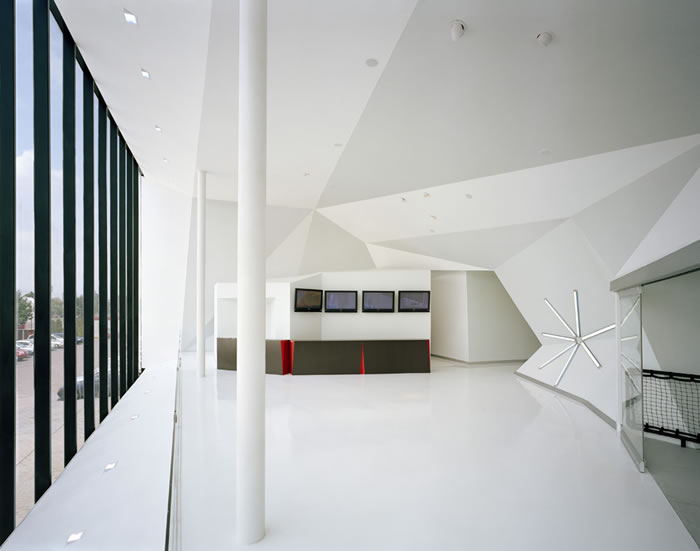 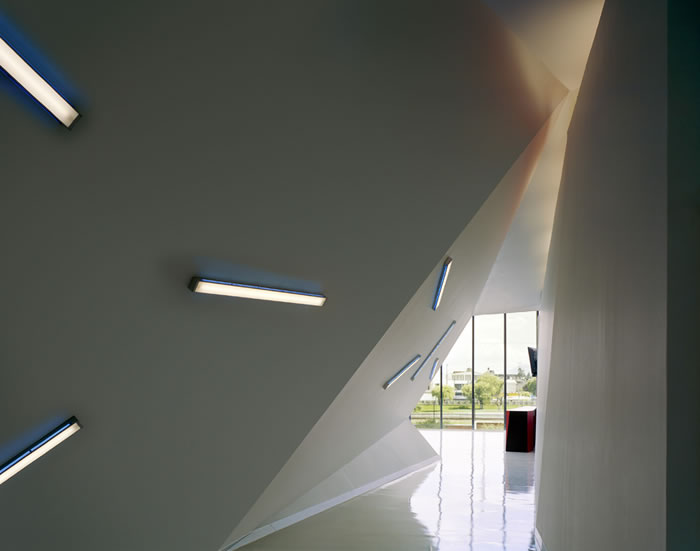 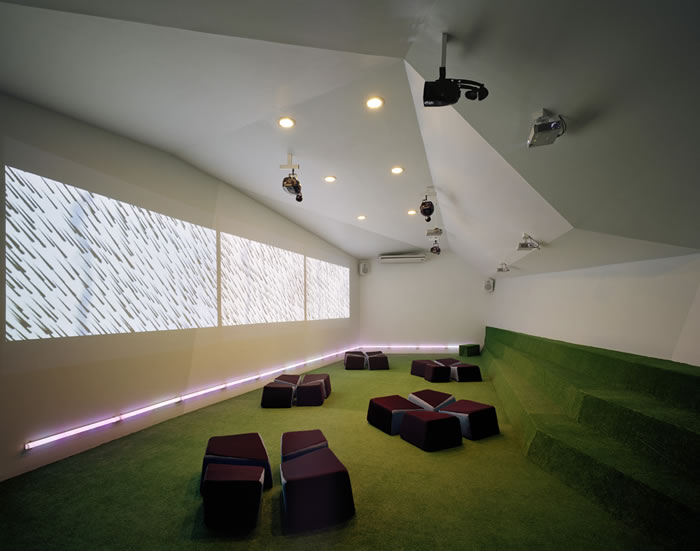 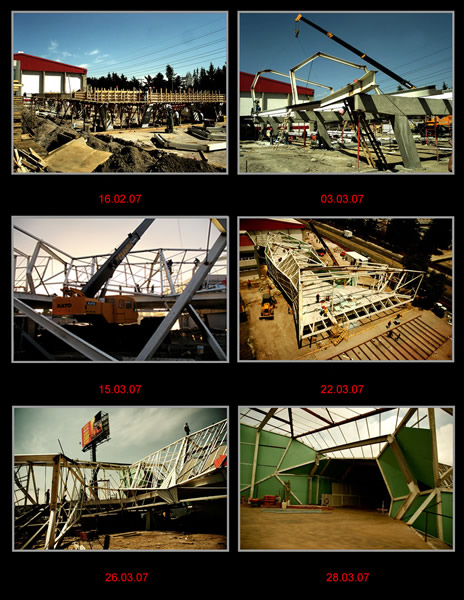 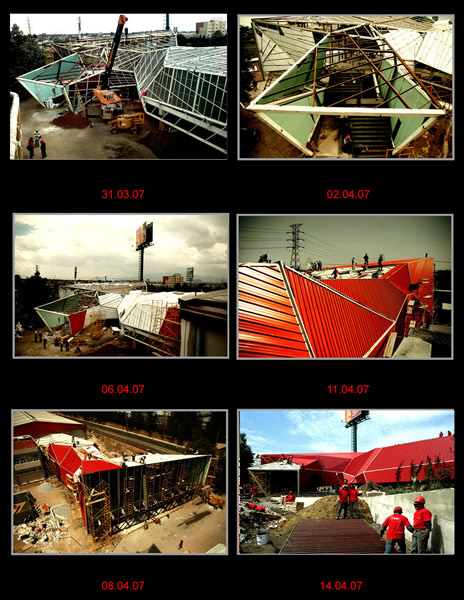