Richard Neutra passed the austere International Style, which “defended the bright and unconventional design, simplicity and elegant living indoors and outdoors.” His work was adapted to the architectural landscape of southern California and designed many houses made of glass and stone the line that separates the inside from the outside was not clearly established.

House Nesbitt is a good example of an artificial neutral for the complex world in ways that are combined in a relatively small space.

Neutra House Nesbitt, 186 square meters and cost $ 14,000, the “house of war” and “the last of an era, not only because of the presence of wood throughout the house but rather by the techniques had been obliged to employ.

With simple materials, the house reminds one hand, Americans and ranches, on the other neo-gothic facades assumed by the pair Andrew Jackson Browning Cottage.

Neutra integrated planning of view, especially at the entrances.

The carpenters made “in situ” birch furniture, wardrobes of redwood, lamps and a multi-bar, which commissioned the customer, producer of the NBC radio network, John Nesbitt.

Although used a restricted palette, the color was not removed. Among the beams of the study, the ceiling was yellow, some blue-green walls were, in other hand, red.

On the floor sank about old beer vats, cut into flat sections of 25cm in width, to form a series of ponds scattered throughout the field, which, with the wall in the form of serpentine, nothing typical Neutra, offset straight lines of the forms.

Water plays relate to the outside and inside the pond on the cut surface of the entrance, passing under the glass entering the lobby, along with a window box of bricks, the effect increases with the unreal reflection produced by a mirror that occupies part of the side wall.

The architectural composition is “geared” to the landscape.

At the entrance, at the end of the long and angular access on foot and sliding beneath the windows, lay a small pond that was reinforced by the connection of the interior with the exterior, while the walls of glass provide an immediate view of the inner courtyard.

The angle also served to divert attention from the garage attached to a separate building containing a study, a bedroom, a kitchenette, a fireplace and two bathrooms, together with the main dwelling by the floor and a wall that contained a long gardener and claimed a canopy.

In its interior with a fireplace dividing the two planes of the working area for housing.

The terrace outside the room turns into a pavement cutting irregular splits a line of rocks and bushes and on surfaces of the pool and reaches the end of the regular garden, both recovering the geometry of the house itself, a Although the broken edge of the plot.

As in Channel Heights, a shortage of war materials during World War II accounted for an opportunity to innovate Neutra.

Instead of swing steel windows, the original House Nesbitt said a touch rustic and refined. “It was built by carpenters and masons veterans whose skills do not fit into the new arms industry,” he wrote to a number of Neutra 1945 “Timber,” a magazine devoted to the Canadian lumber industry.

Neutra house associated with the paragraph and its solar shading through the glass panels and boards of redwood and brick Roman and common, which was used to lower the walls, floors interior and exterior, partly also to the chimney, although subsequent remodeling many of these walls were plastered.

The tops of the kitchen linoleum was placed eggplant shades of salmon lightly. 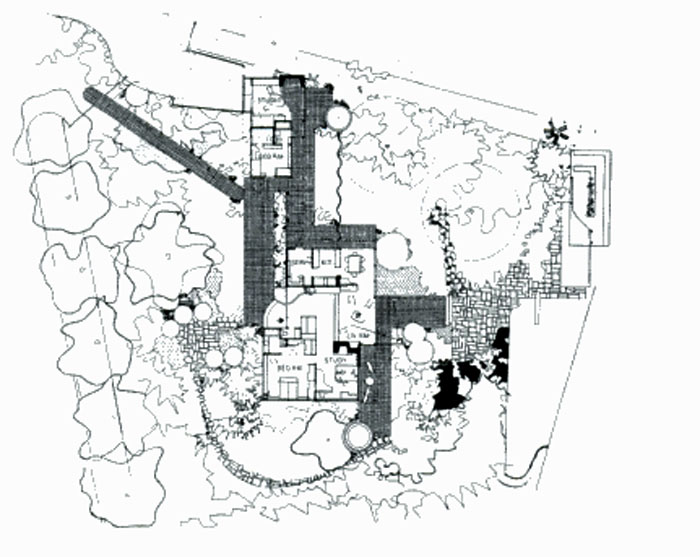 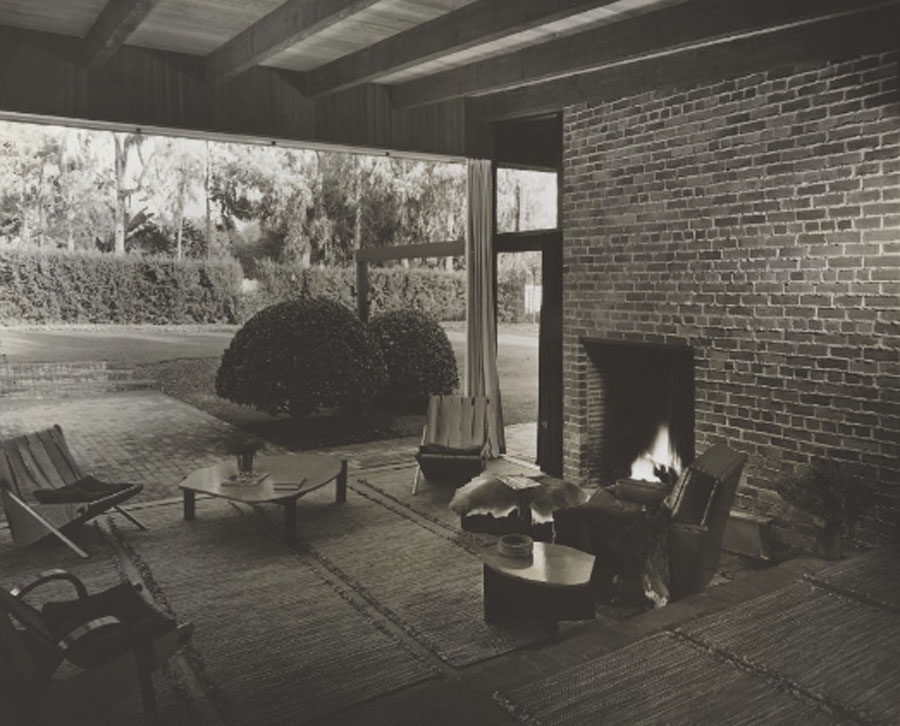 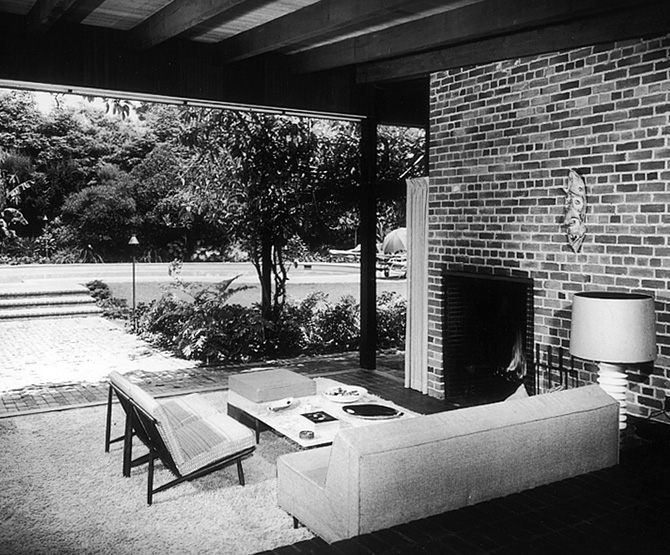 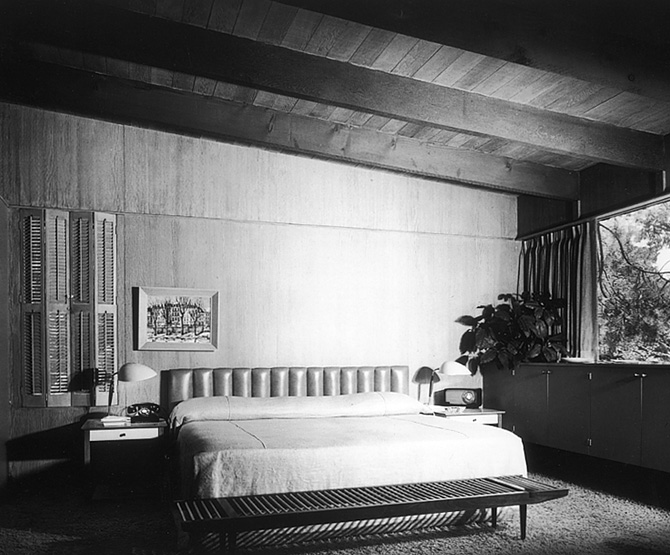 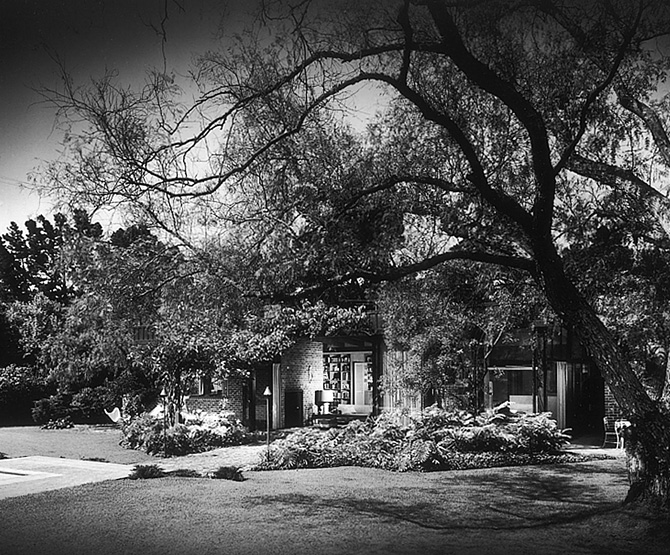 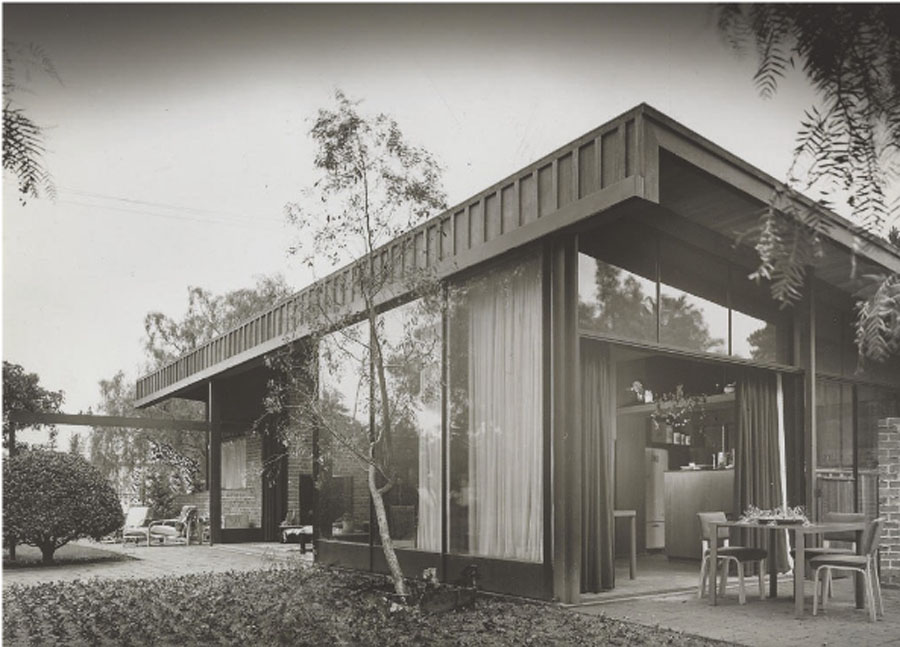 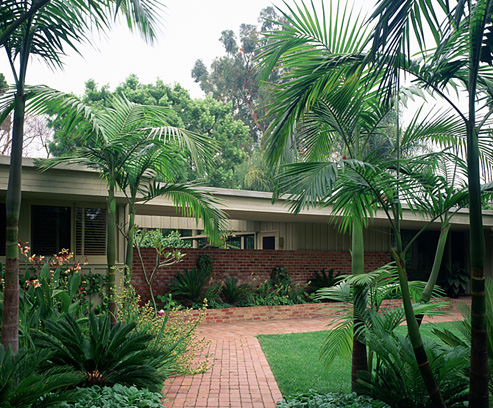 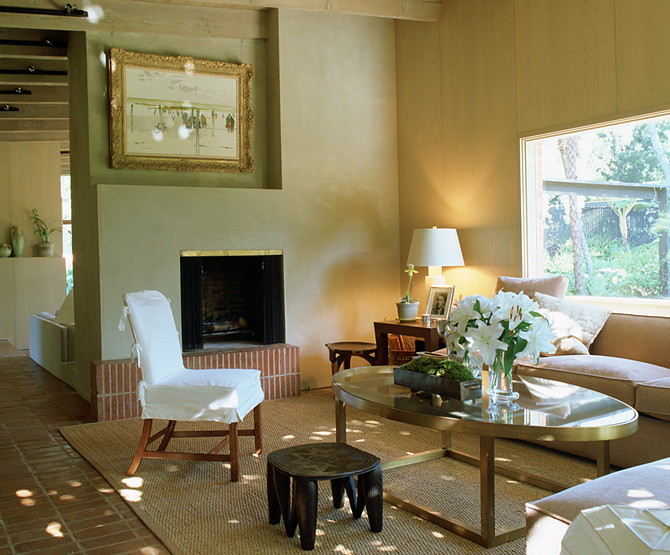 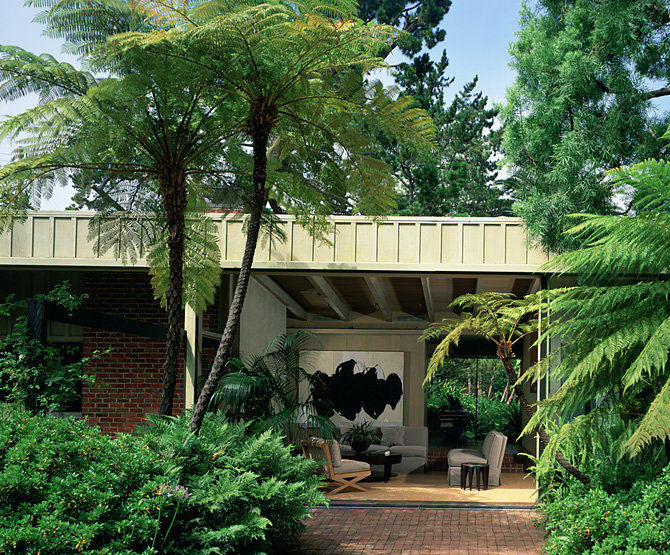 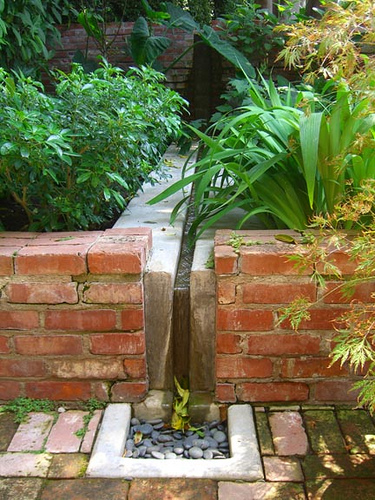