The architect of Argentina Clorindo Testa alongside the architects and Juan Hector Lacarra Genoud made this project, the Naval Hospital in Buenos Aires, for a contest that resulted from the preliminary winners.

The building is located in an apple atypical of the city of Buenos Aires, trapezoidal in shape, up from Centennial Park.

In this case, the envelope volume is the protagonist of the proposal, which recreates the image directly from a boat. To do this, it resorted to various formal elements alluding to the nautical as Linear slenderness of the building, the treatment of windows and the coating used.

The package was formally characterized by the pace of the columns that is expressed on the outside by the subtle game of the spherical yellow umbrellas over the eyes of the Ox and the game of the volume of concrete stairs in the auction.

The building is divided into nine floors. These correspond to a linear approach.

The ground floor was used to solve the access: public, emergency, medical assistants, technicians and supply. In the two basements are general services, consulting rooms and external radiotherapy. The first floor is designed for laboratories and the second floor to operating rooms and intensive care.

The four upper levels are used for internment and these are rooms that have windows as eye round beef, with the majority towards the park. The windows seem to pierce the great ship.

We used a system of beams and columns of reinforced concrete.

The hospital is built in concrete and most are covered with mosaic color blue, concerning the sea and naval institutions. 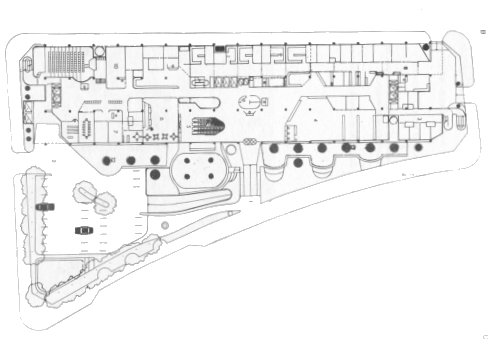 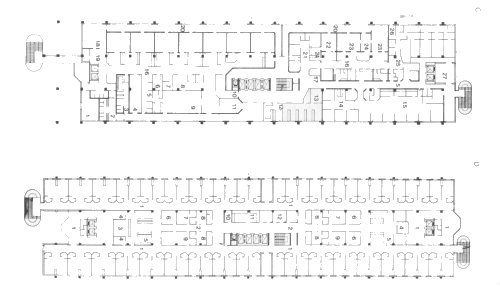 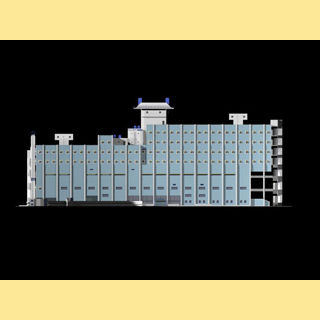 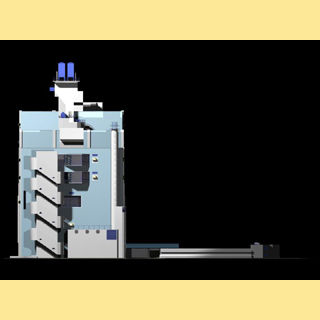 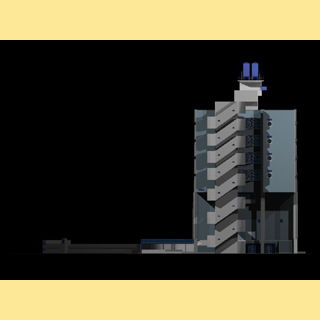 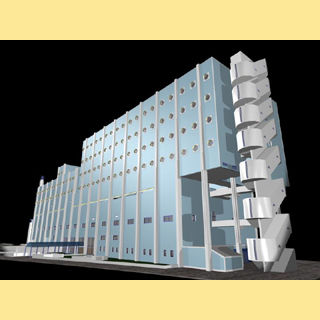 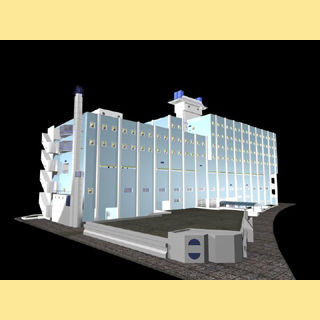 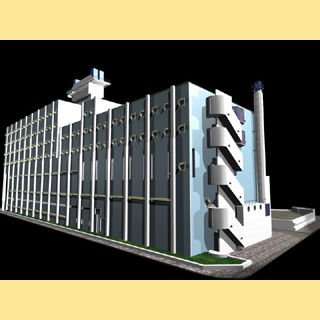 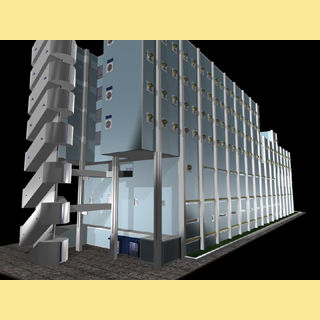 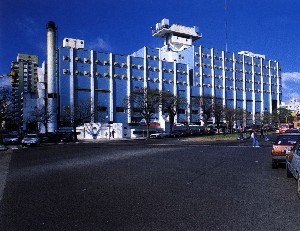 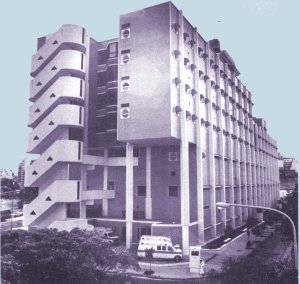 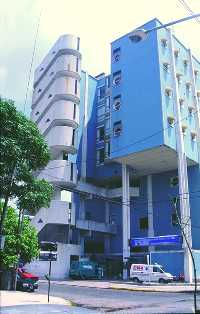 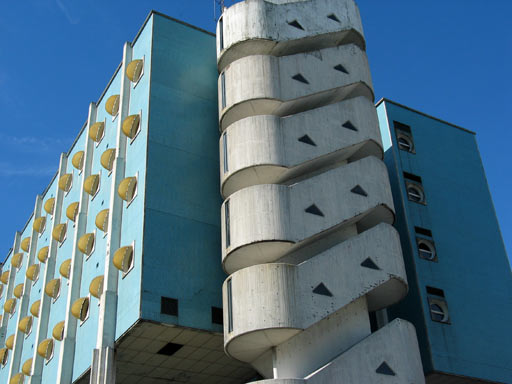 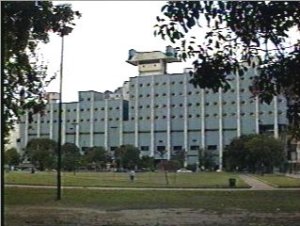 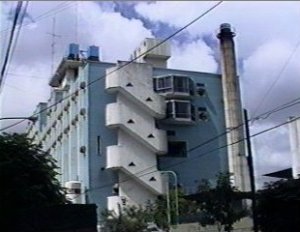 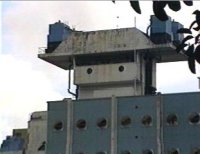