National Museum of Transportation in Porto

The original building was designed by French engineer C. Colson, designed in 1860 and concluded in 1869 that would serve as be the new customs house. Once opened this building led to a change in urban life, as not only the project included a building, but also brought an urban intervention.

With the construction of the port of Leixoes, opening new routes and the mass of air, the river Duero almost lost its exclusive role as gateway to the city. The activity of the new house Customs therefore went into decline, up to contemporary times with the entry of the European Union and the abolition of customs barriers within the community, accelerating the shutdown of the office.

The new Customs House which houses the National Museum of Transport and Communications, was adapted to the force of modernity and the requirements of a cultural area today.

The building is located on the north bank of the Douro River, with its main facade overlooking the river in a privileged position within the city, only customs house dominates the space that belonged to the noble city entrance, undoubtedly this building along the Douro River up one of the images of the city of Porto.

Within the program was known from the outset that a museum of this kind (transport) needs a large area for installation. The basic line of the architectural restoration is to maximize the site and signs with which the building is imbued, respecting existing spaces and constructive languages then if you add a contemporary look.

The architect Eduardo Souto de Moura, head of the renovation project said that their work fits into the mold of the architectural philosophy of Aldo Rossi “architecture, born of necessity, is now independent, in its highest form creates museum pieces so that technicians can transform and adapt to the multiple roles and demands to be applied.

The building consists of large areas, arranged symmetrically in two wings – east and west – flanking the nave, in the east and west wing there are extensive areas equipped with lighting, dehumidifiers, telecommunications equipment, and fire detectors.

Brokers immense silence and darkness have made way for places full of light and life. It also retrieves the tree-lined public area around the building and getting back the power of seduction of the new customs house in his days of glory.

His appearance is one of its greatest peculiarities, as it combines three types of materials (iron, wood and stone), as well as combining different types of structures, pillars and arches of stone masonry in the underground floors, iron columns and floors arched on the intermediate floors, a metal structure on the second floor of the lateral wings).

The central upper floor is covered by one roof Oak Riga, and the doors and windows are made of metal profiles, following the general pattern of the predominant materials: granite and iron.

National Museum of Transportation in Porto 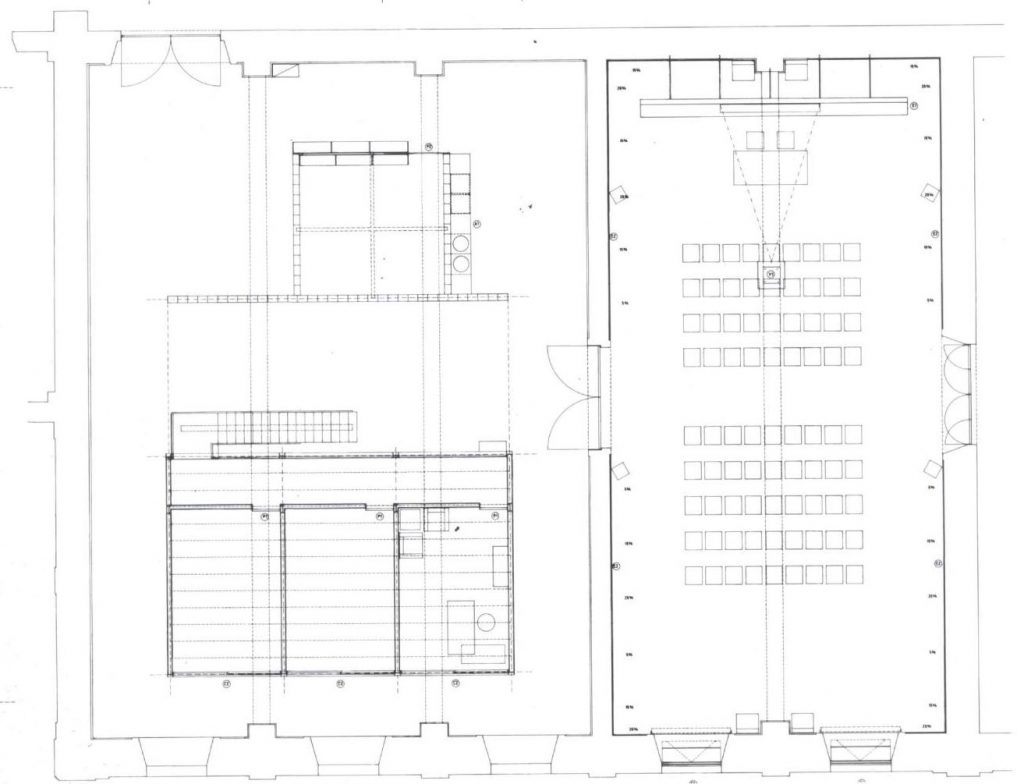 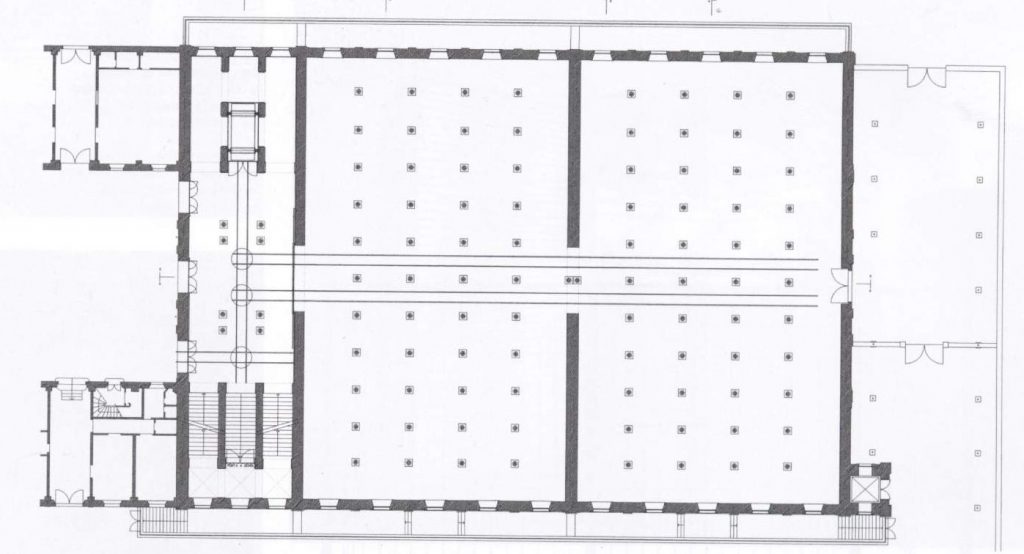 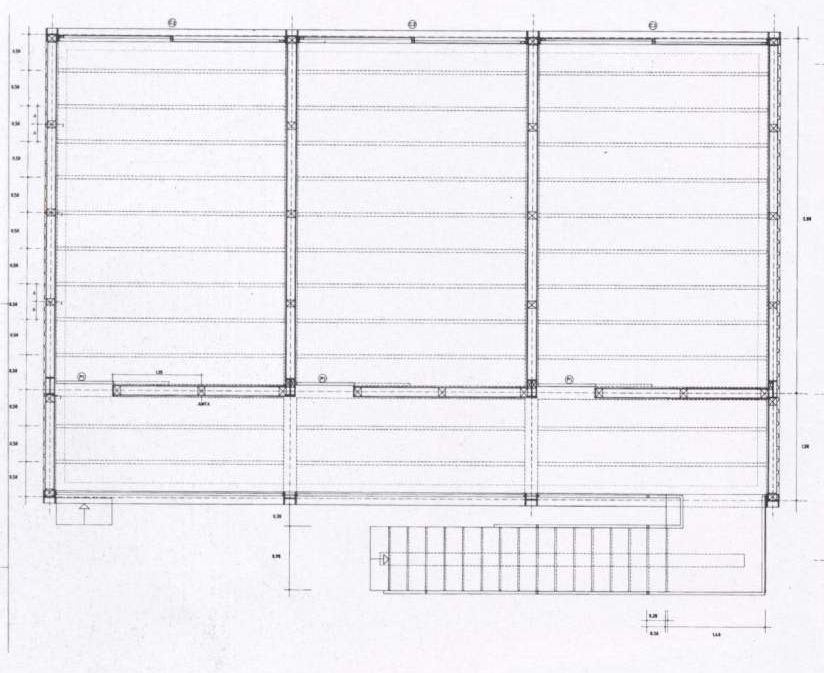 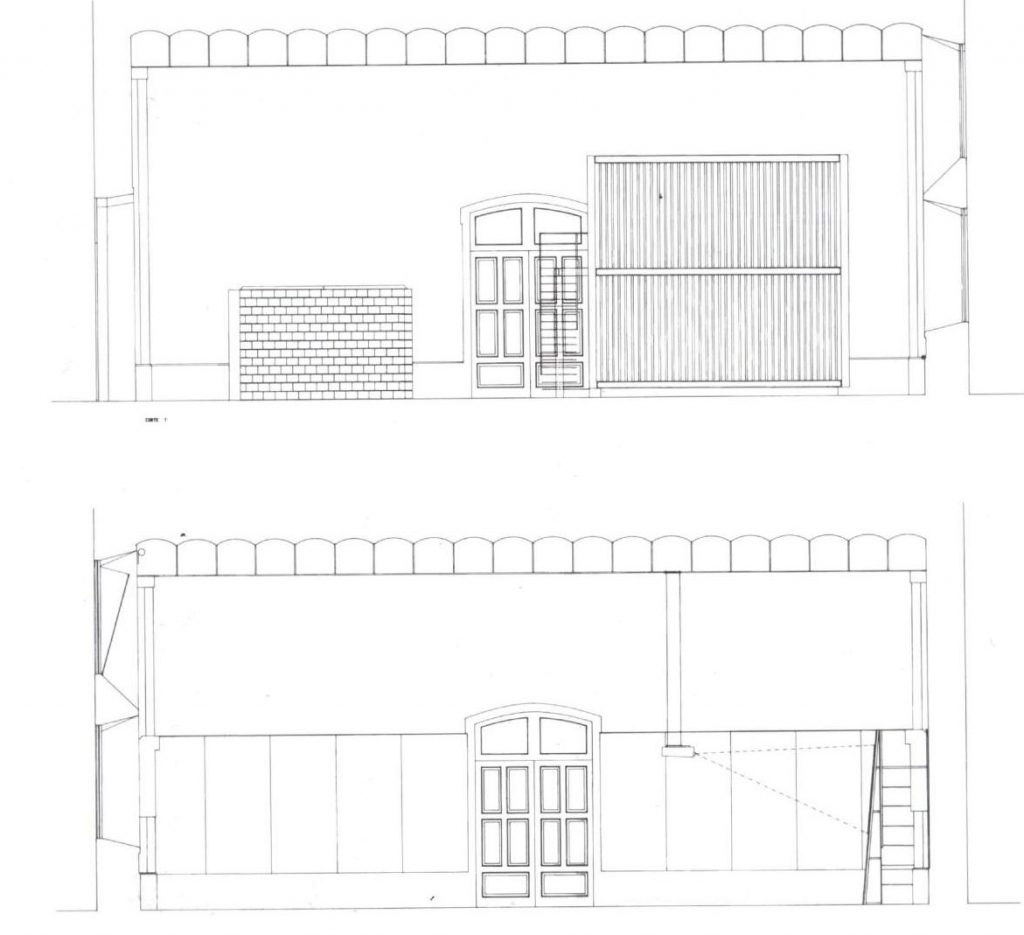 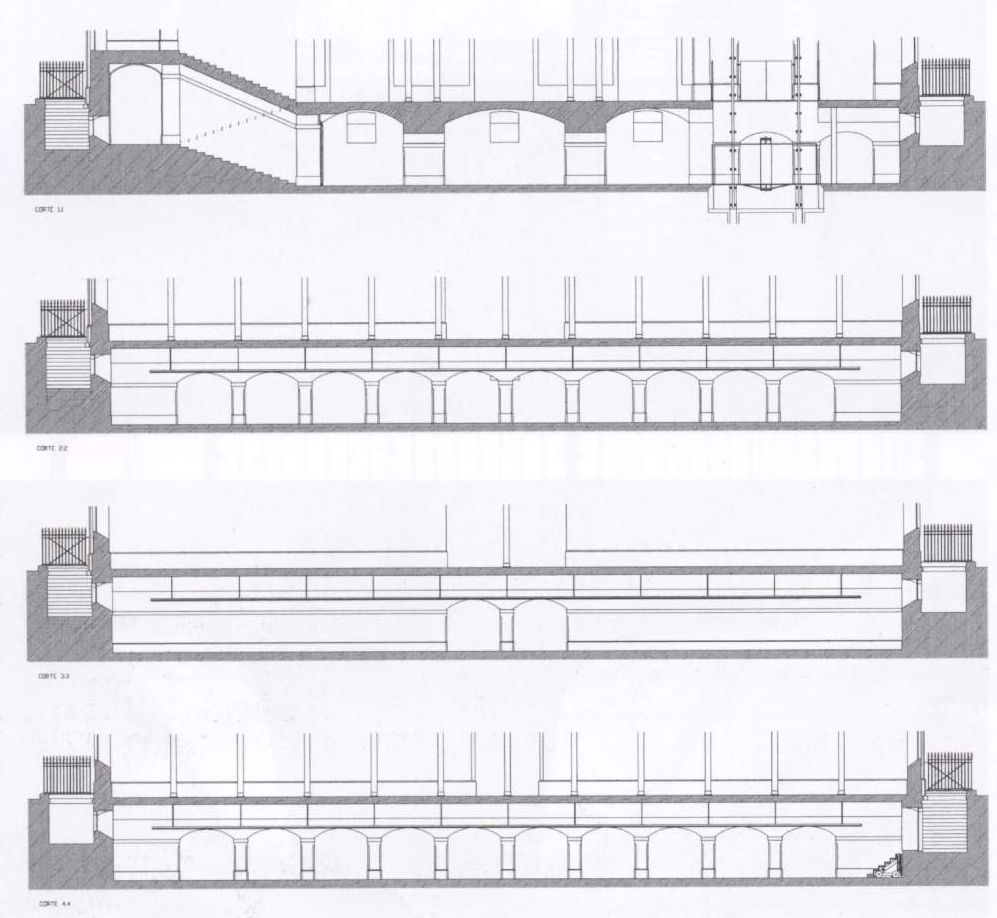 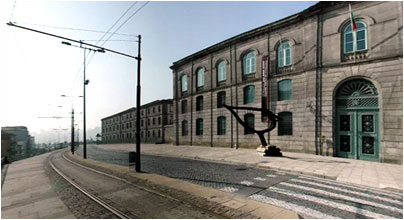 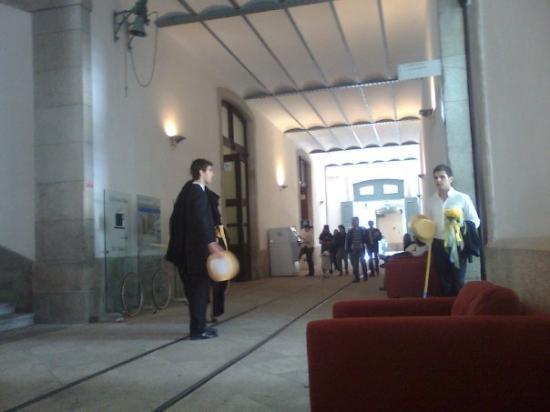 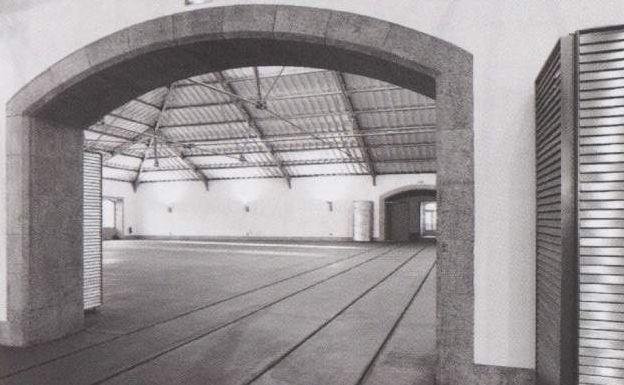 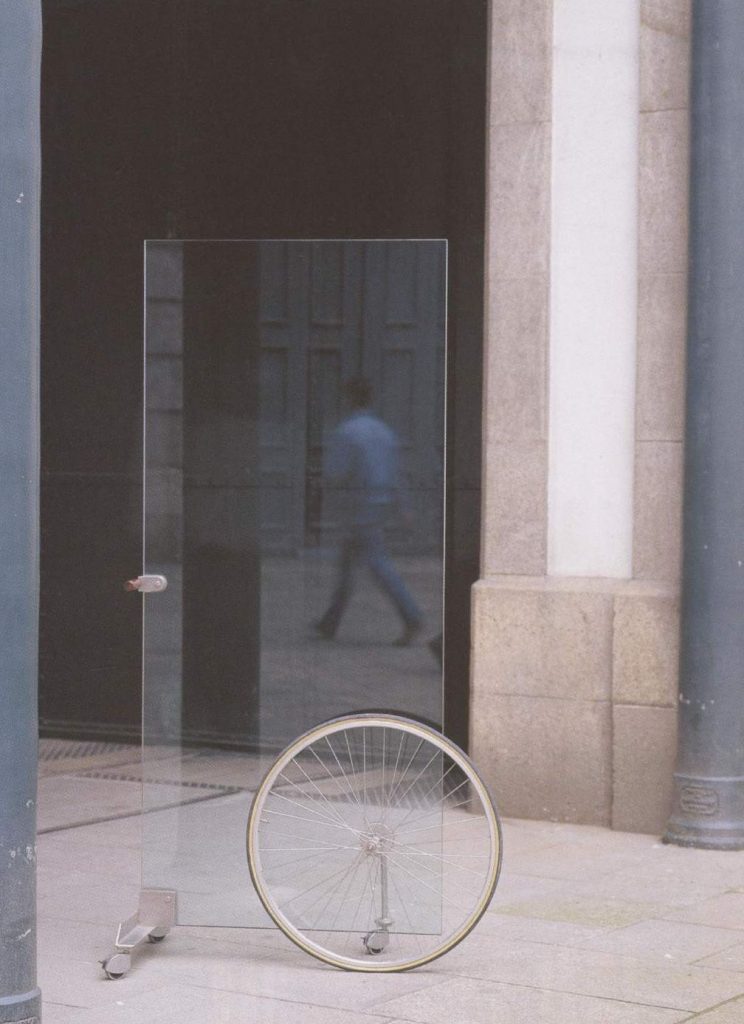 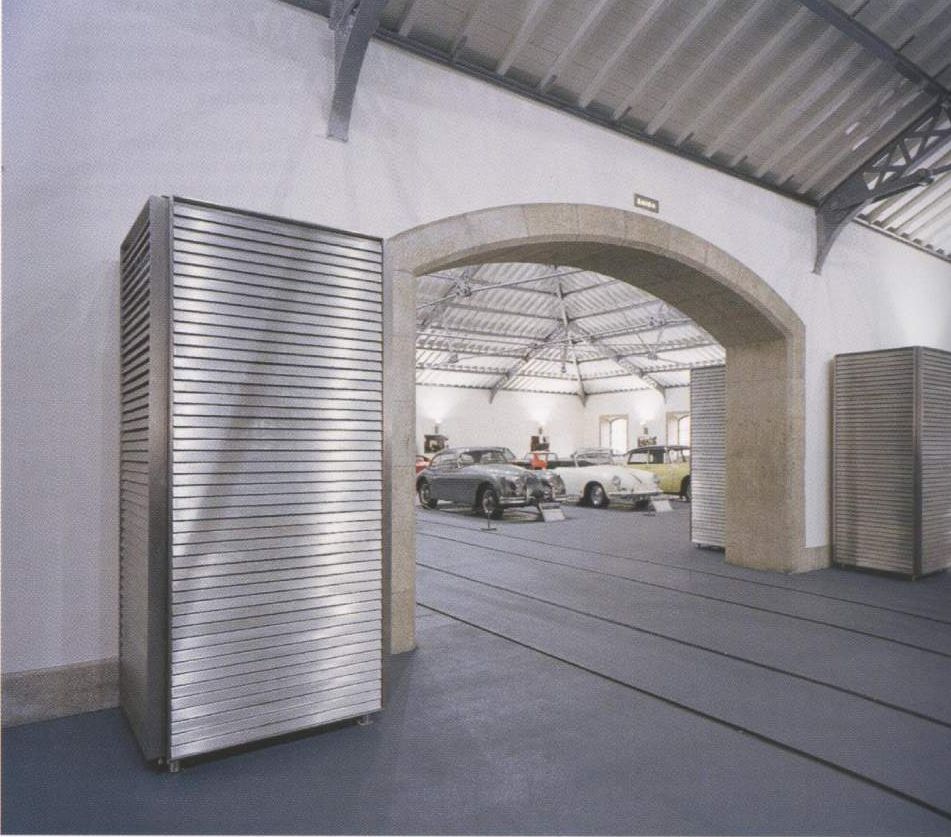 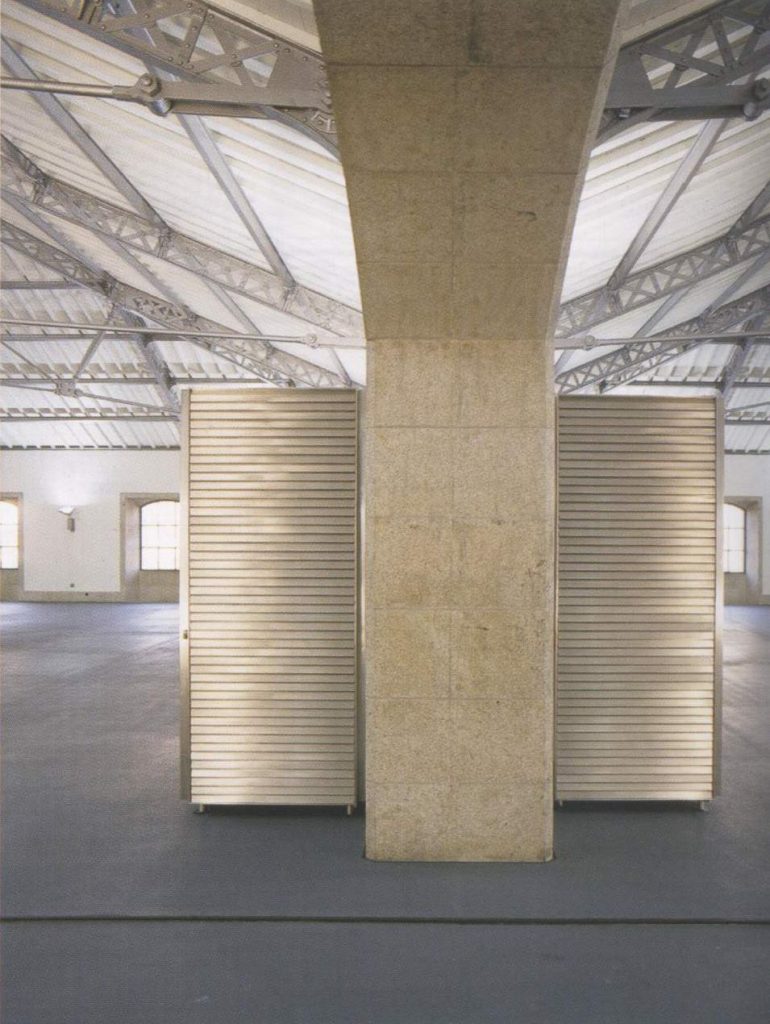 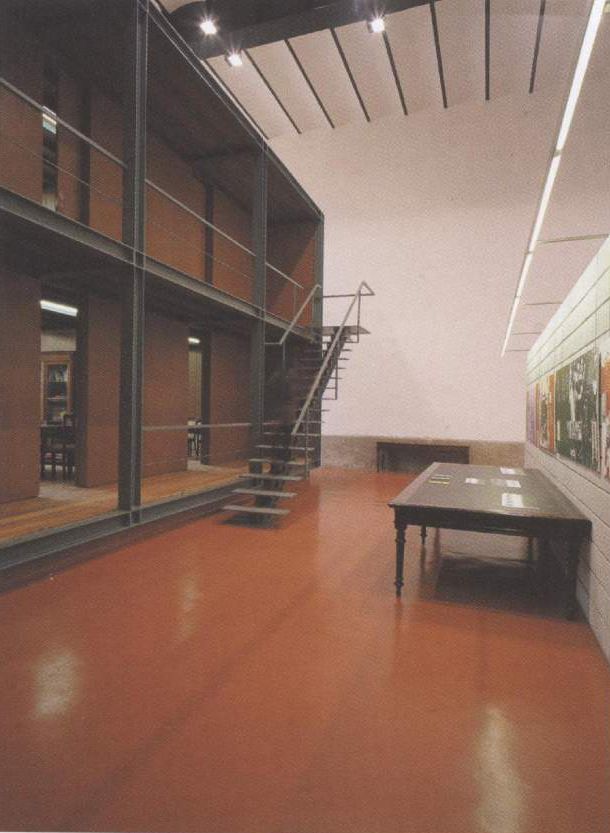 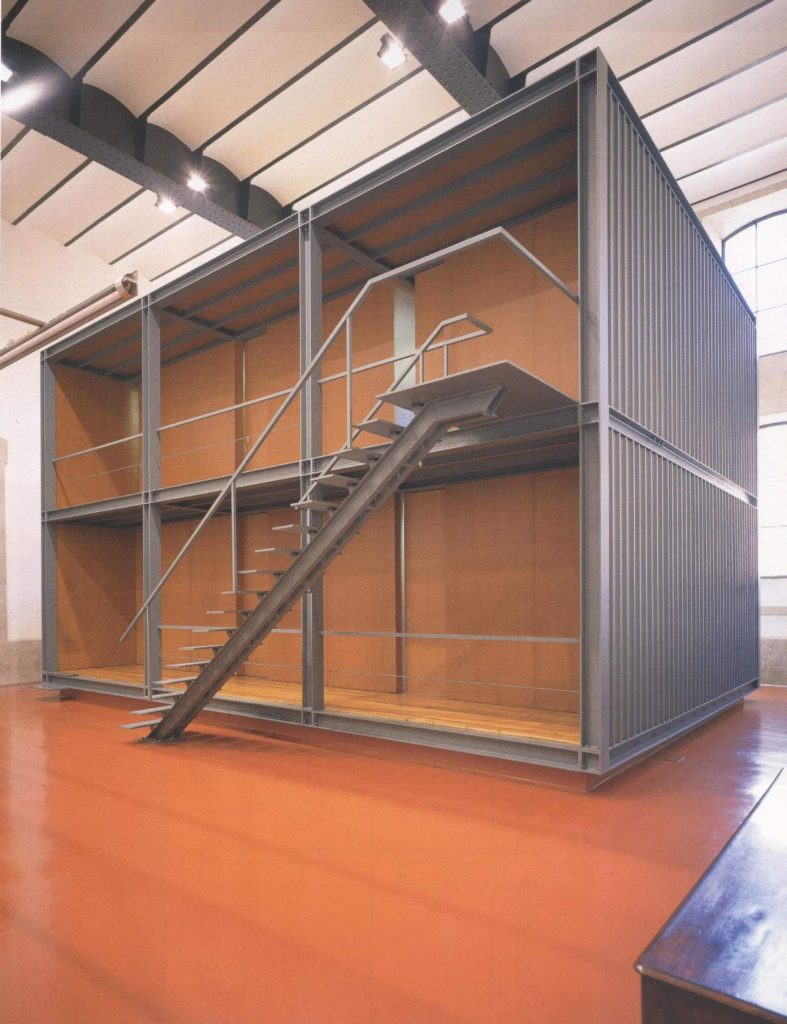 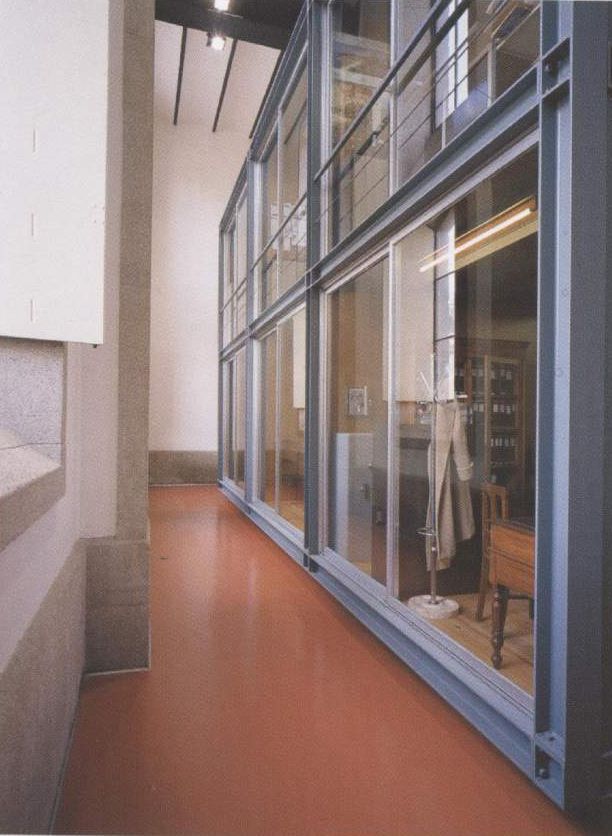 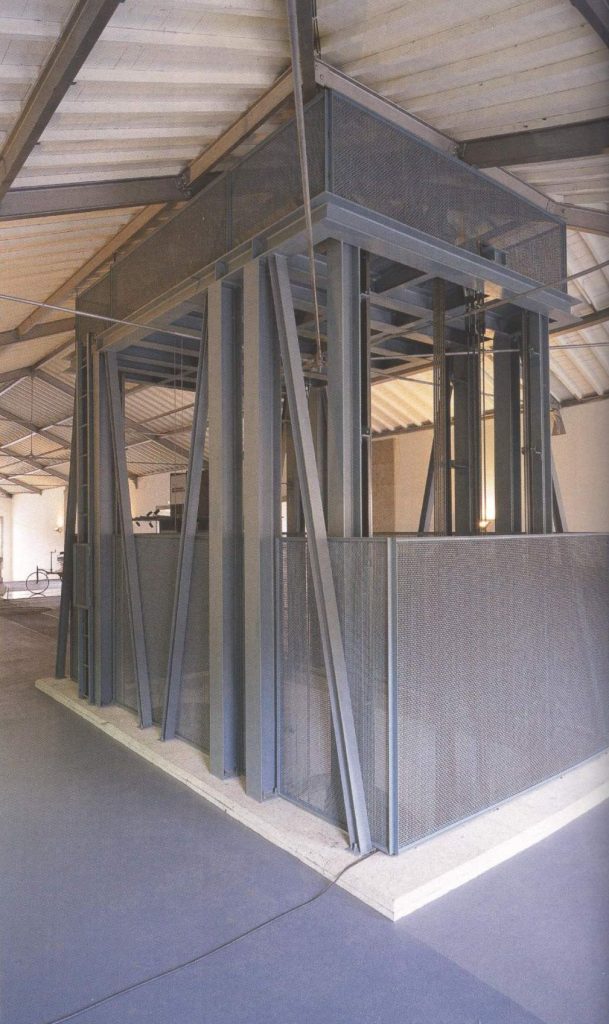 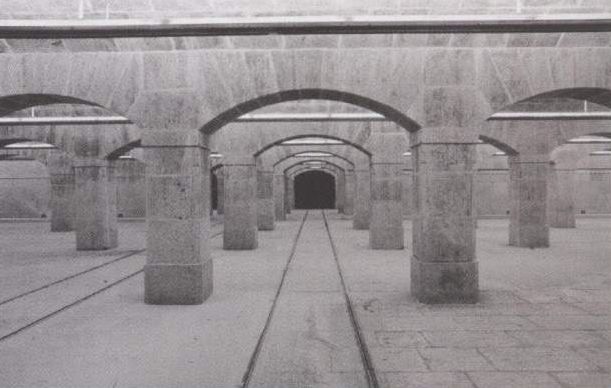 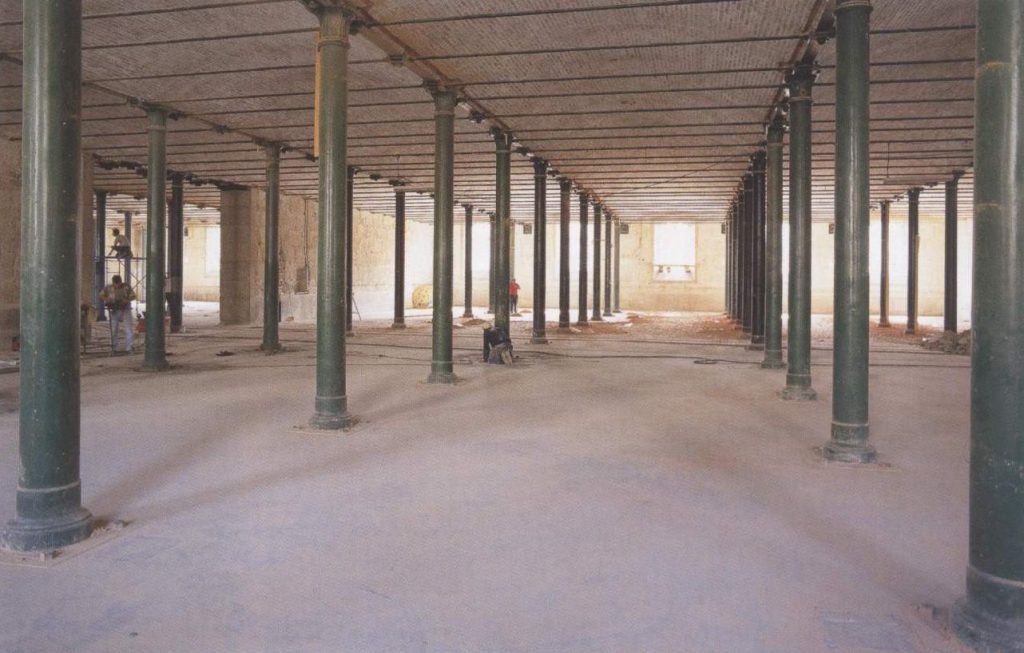 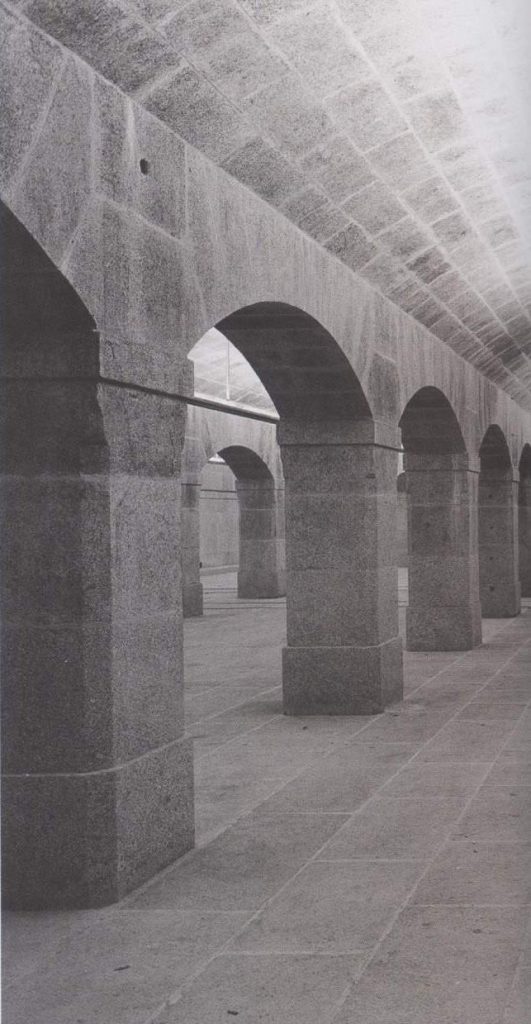 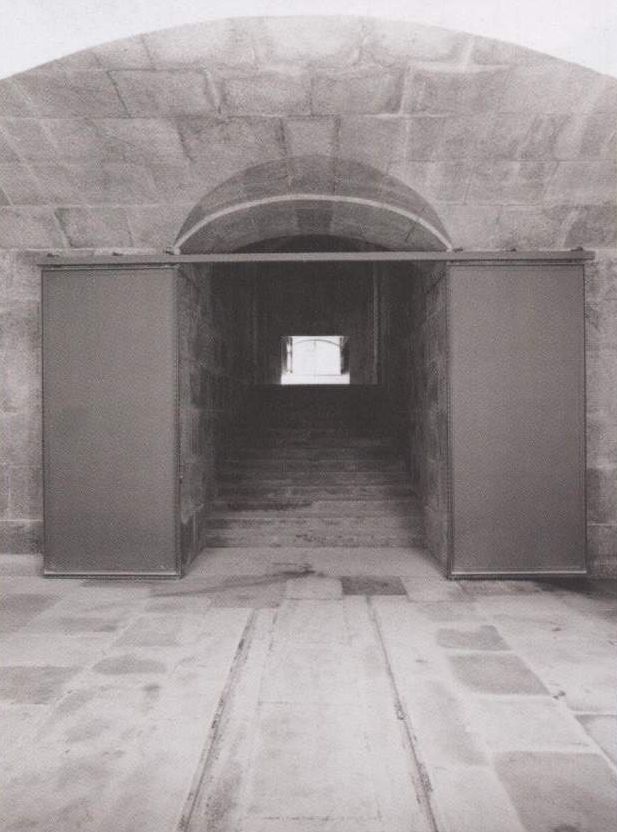 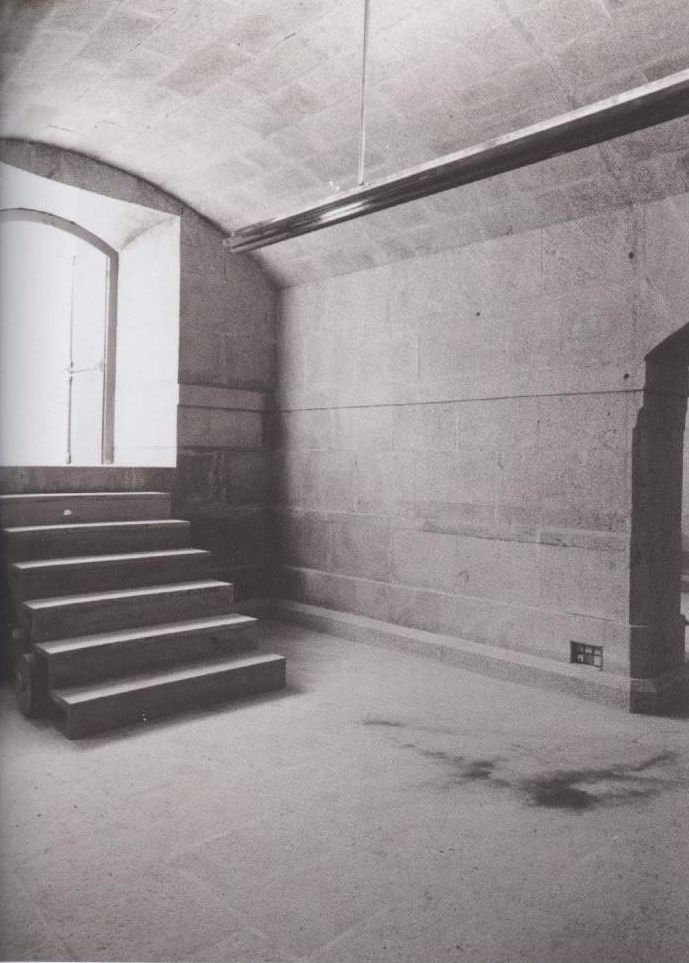 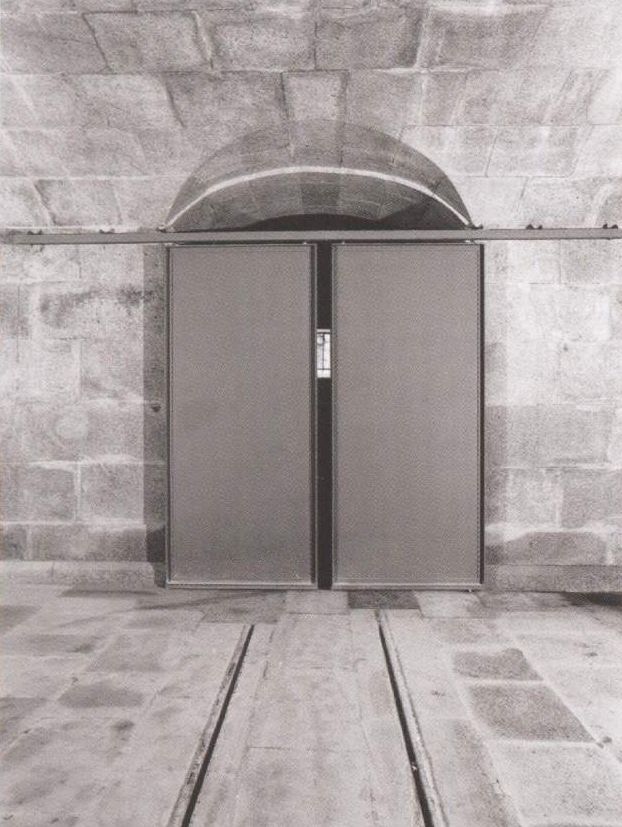