“So that the man of God may be thoroughly equipped for every good work.” (2 Timothy 3:17)

With these words written in several leagues and pentagonal panels displayed as open book, receives the National Library of Belarus who want to internalize the knowledge stored within its walls. It also pays tribute to Francisk Skorina, humanist Belarus represented by a sculpture at the entrance to the library.

The original project for the National Library of Belarus was developed in 2002 taking into account the foundations of the Council of Ministers of the Republic of Belarus (Belarus), who in 1998 ordered the construction of the building in the city of Minsk.

The Library became the main information and cultural center of the country, including 8 million units on various subjects. National Library created its own computer system, generating a greater number of literature, graphic information, text, sound and ligüísticos database. Users also have access to other libraries and information institutions, including some abroad.

The aim of the new building was to create a unique architectural complex, both in construction and in the program, designed to meet the informational and cultural needs of the users.

This was held an international competition which was won by architects MK Vinogrdov and V.V. Kramarenko with his project “Diamond Belarusian”. It announced a competition in 1989, but it was not until 13 years later, 2002 that the project was undertaken.

The main entrance of the new library is directed to Moscow in Nezavisimosti Ave 116, in Minsk, capital of Belarus (Belarus).

Located on the shore of one of the rivers that cross park surrounded Minsk is a city attraction. The area created in front of the library is used to perform many concerts and public performances.

One of the basic concepts taken into account in the design of the library, both in its composition and in its planning, was the location in the central part of the tank that would house the strocks of books, considered the optimal location for these are readily distributed to the reading rooms and information

Figuratively the “stock tank” resembles a diamente. Its shape symbolizes the mind, the knowledge of the great values ​​that have accumulated over thousands of years by mankind and that are in the Library. With this concept, its form is the depositary of an additional spiritual function enhances the sound as art

The building is an allegory of humanistic knowledge, the use of geometry and a return to the principles of Vitruvius arquitectua inside, its main architectural component shaped volume “rhombicuboctahedron” cube octahedral diamond, which rises on a base formed by three circles staggered in height home reading rooms and public spaces.

Along the outer walls technology corridors are lit by the sun that create air chambers to help prevent sudden temperature changes.

A core that runs through the entire height of the prismatic body of the library houses the space distribution rooms, stairs, elevators both cargo and visitors, vertical ventilation channels and internal communication channels.

Lower volumes of the building, “stylobate” projections are implemented primarily as visual opening to “The Diamond”, instead serving as terraces and summer reading.

The distribution courts and corridors with access to the reading rooms are divided into three levels that form the base of the tank and around a central core, allowing the visitor clearly oriented in the interior space without losing time searching the room corresponding.

Both the conference room with capacity for 500 people as the cafeteria can make social and cultural programs independently of the Library.

The reading rooms and book storage are locked in a polyhedron that closes up like a ball and the dominant part of the building with a volume corresponding to a “hyper-tank”. This form differs from the traditional offers a number of benefits such as conservation of heat or the lowest number and size of the internal connections.

All forms of use of the volumes contained in the reservoir are distributed through special telelifts dispersed radially from the center of the core that runs through this part of the building.

According to the project there is a special room catalogs and files below the tank room.

The library has 19 reading rooms and numerous spaces for the same purpose as the terraces located on the three floors underlying the deposit. Distributed in the different rooms are offered to more than 1,500 users desks.

There are two car parks with a capacity of 235 and 239 cars respectively, for visitors and located along the Avenue, on one side of the main entrance and 500 meters of it.

Another car park for staff of the library, located next to the homes of those on the street Starovilensky with 198 seats.

At the top of the building there is an observation platform, 72 feet above ground level, which offers a view of the city of Minsk. Since 2009 is the only structure in Minsk with a public observation deck.

Its structural shell shaped diamond base is covered with glass panels that shine 24 hours a day and represents gem. The architects Victor Vinogradov Kramarenko and Michael wanted to preserve and transmit this vision even at night

The architect and professor Viktor Kramarenko describes the challenge: “At sunset the brightness of the facade fades, outdoor lighting is not effective, the glass panels reflect light into space. The suggestion was hiding the light sources behind the glass, creating a large 25×25 monitor side and 62 meters in diameter. 4,646 were placed LED color changing around the building, as a result, viewers can see even a few feet away, a fantastic show with incredible dynamic graphics. It is an extraordinary building engineers and lighting designers ”

A filial of GVA Lighting Inc. in Belarus was responsible for the design and placement of the lighting system consisting of 4,646 RGB light fixtures, 1,349 drivers, 54 dividers, divider channel RS485-eighth, a converter USB/RS485- 1. LED entire network is managed in a dynamic and controlled through software operating as diseñanos.

Each accessory is instructed equipped with three 1W Luxeons, Red, Green and Blue, mounted on metal coated PCB, suitable for temperatures ranging from -30 ° to 50 ° C, and housed in an aluminum body coated glass to meet with the principles of “dark sky” necessary.

The software used for the design of light effects is presented with a flexible interface for easy control and creating light shows. The designer can create, modify and schedule a personalized performances, appearing on screen and in real time the effects achieved

The functionality in tracking and troubleshooting the lighting control system dramatically reduces the time required for maintenance. In “diagnostic”, the software is able to check the operation of all LED fixtures. In case of deviation from the operational parameters, or variation of thermal states, a detailed report on the faulty component together with its exact location information to the operator. 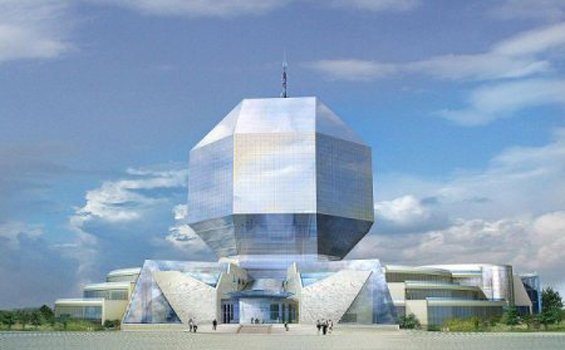 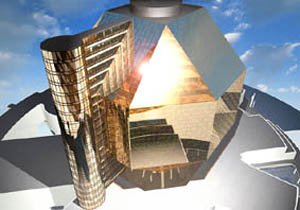 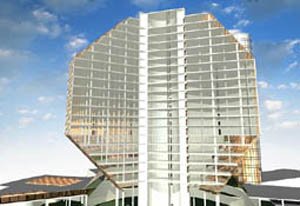 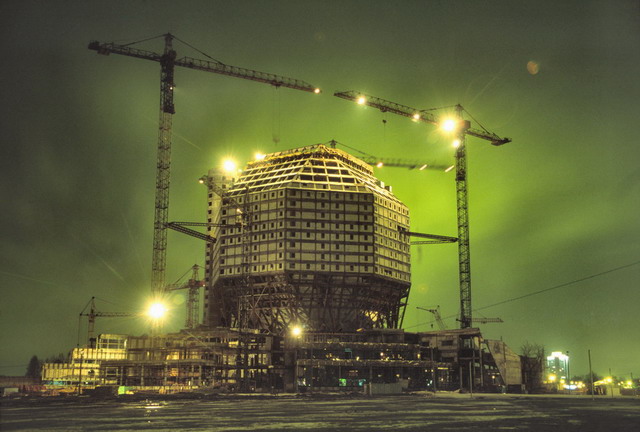 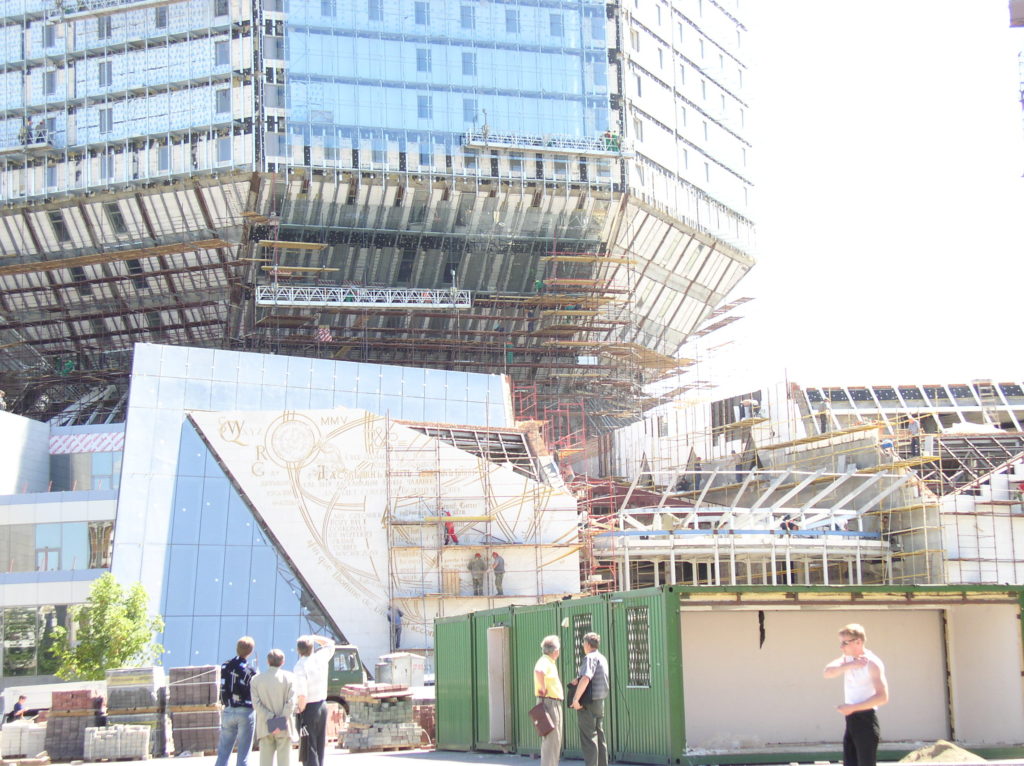 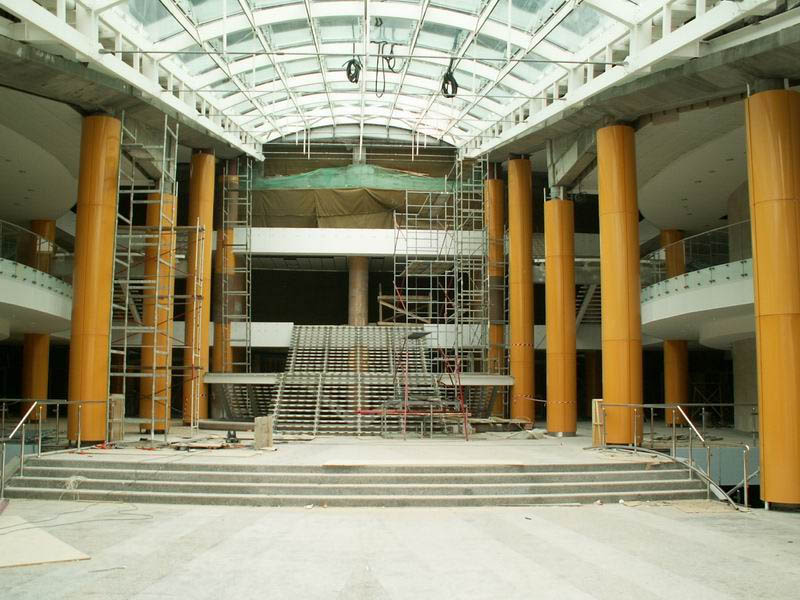 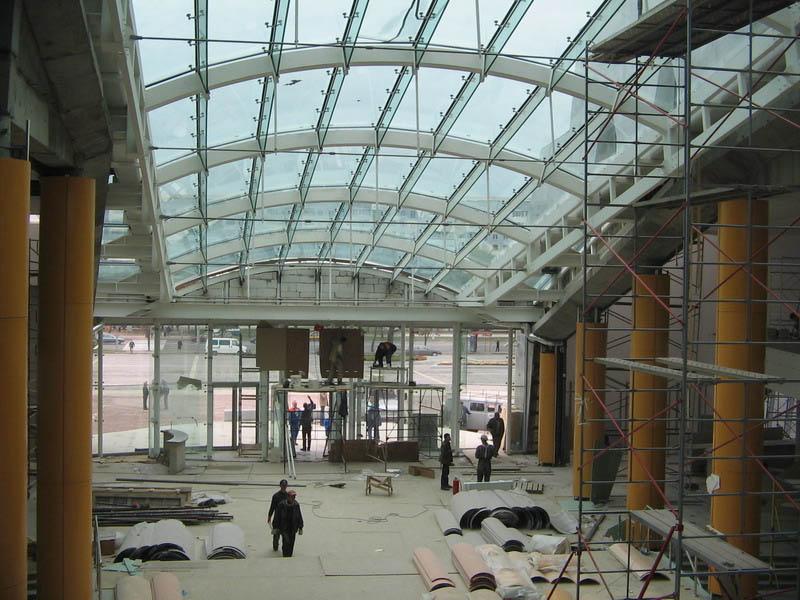 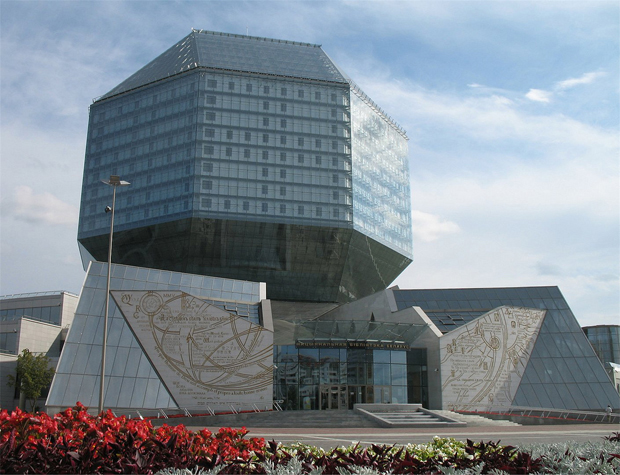 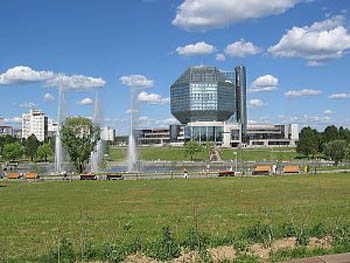 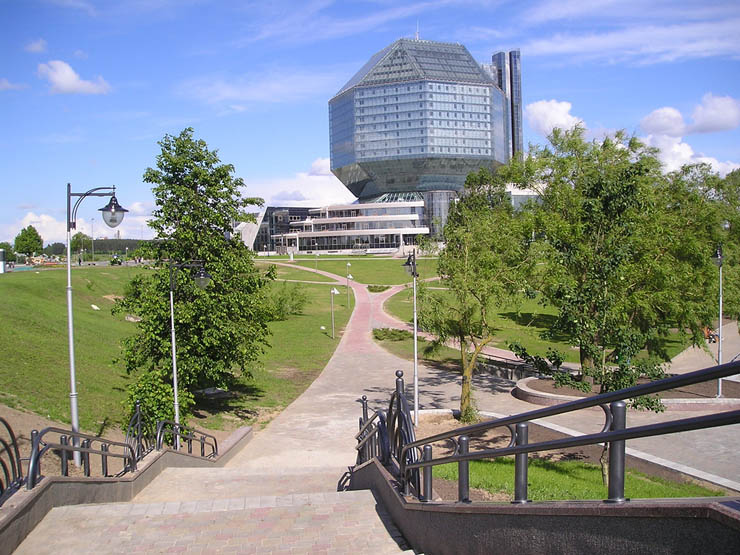 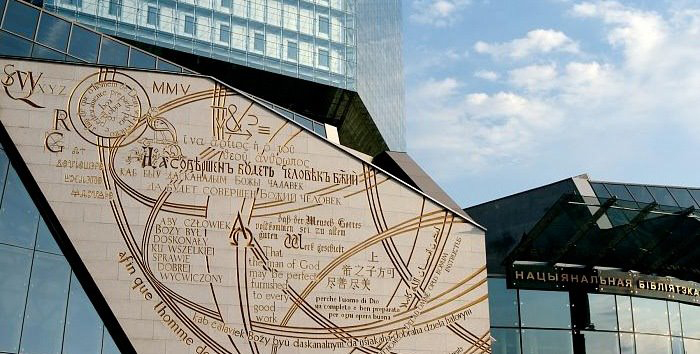 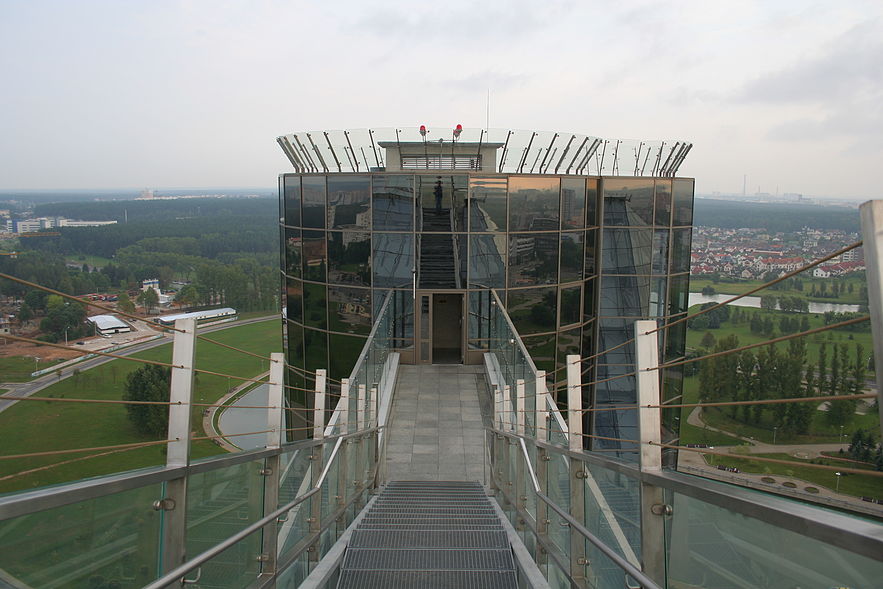 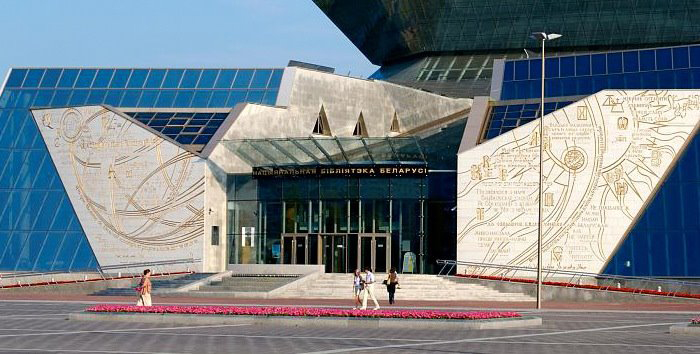 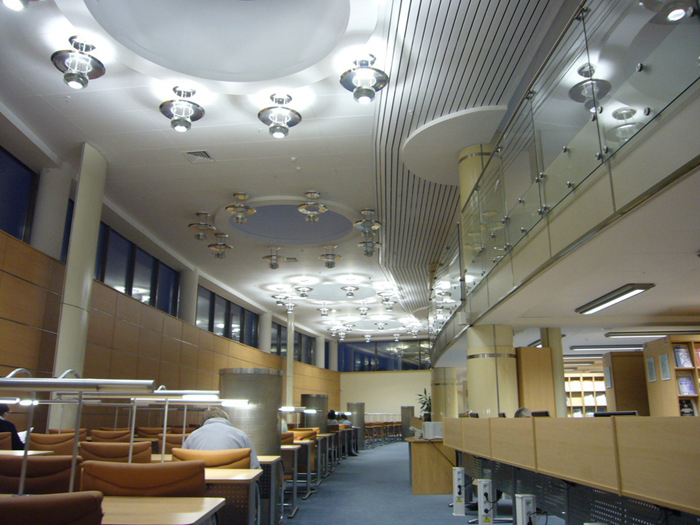 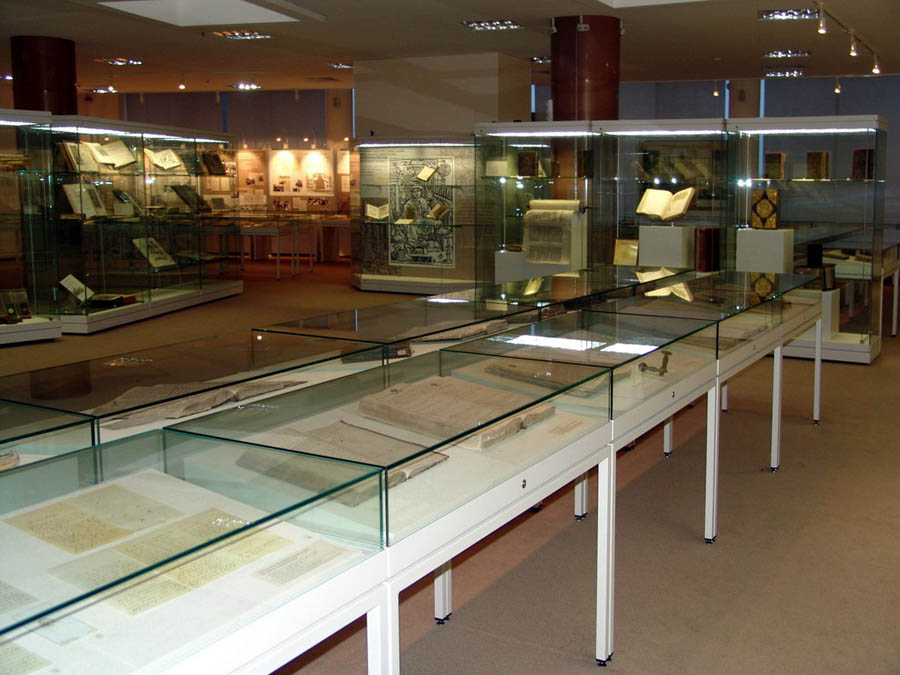 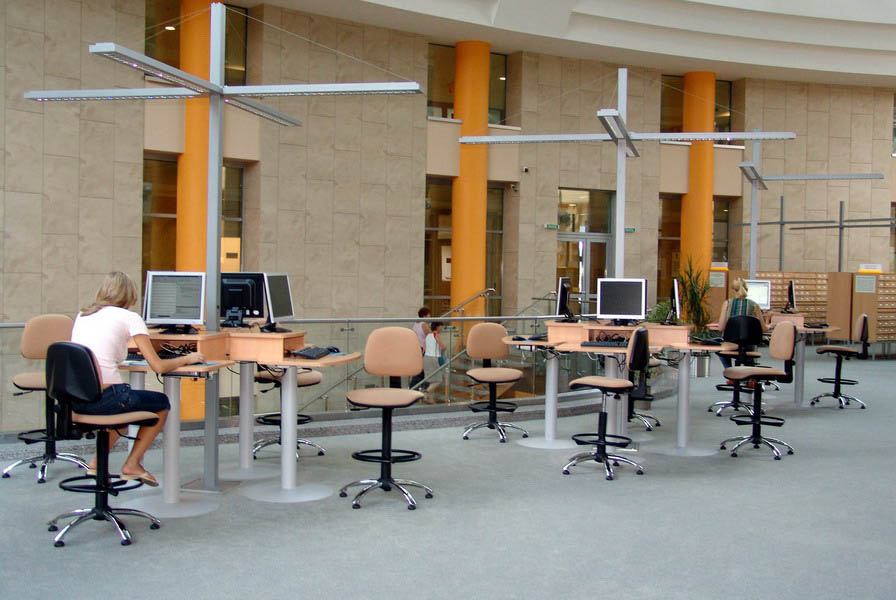 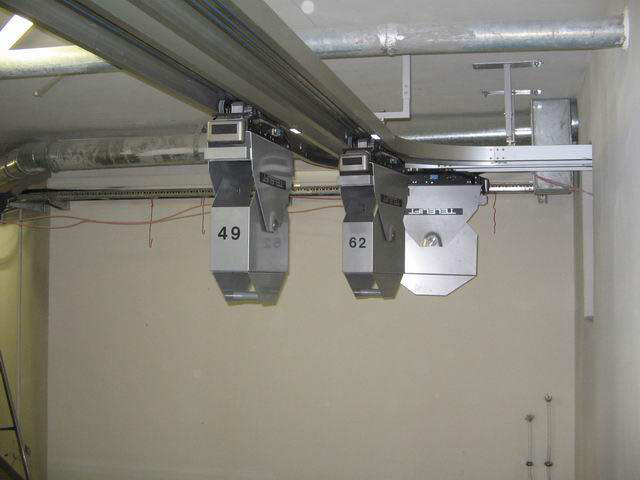 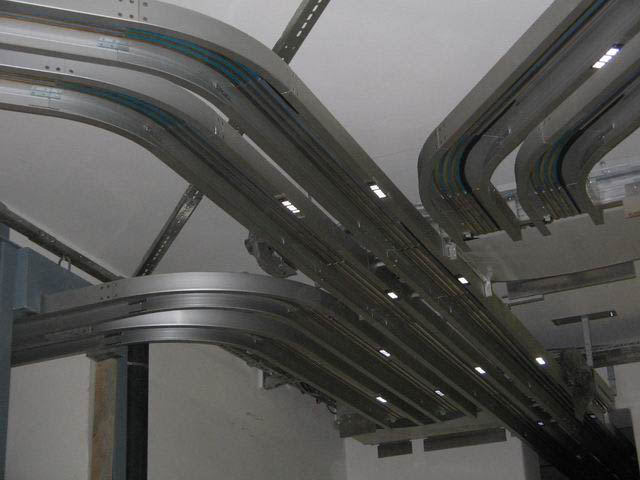 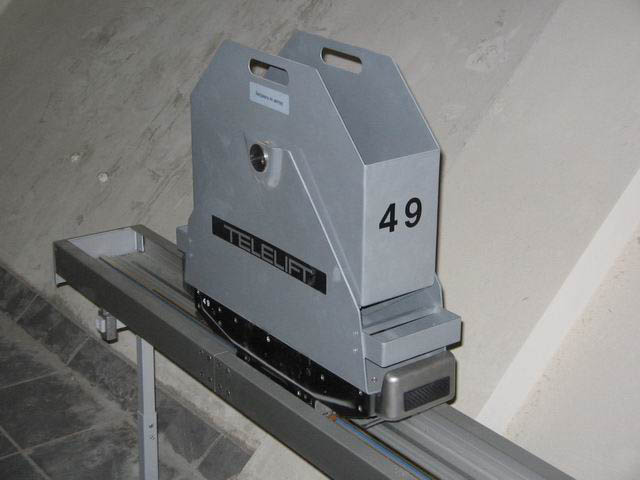 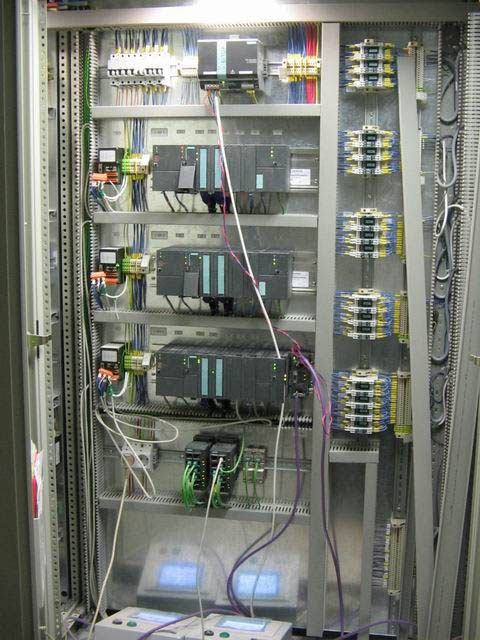 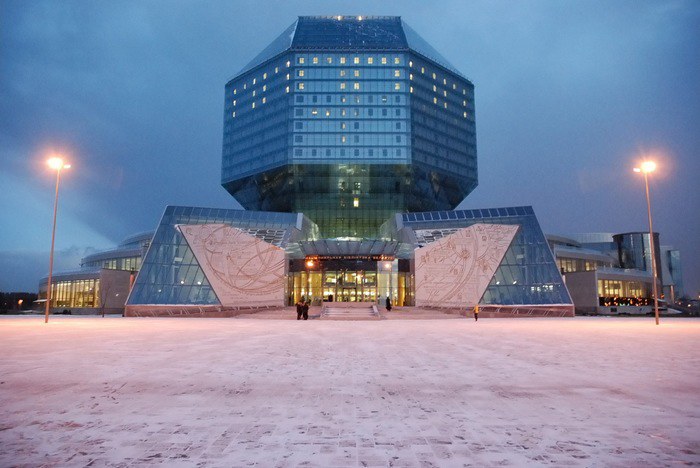 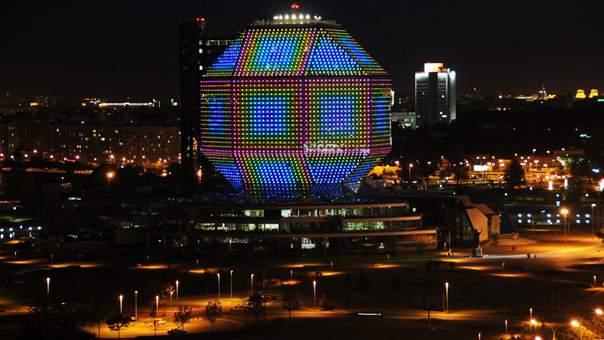 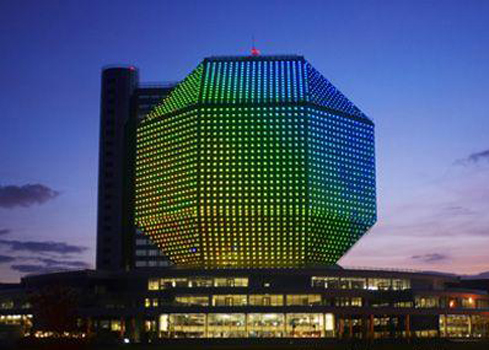 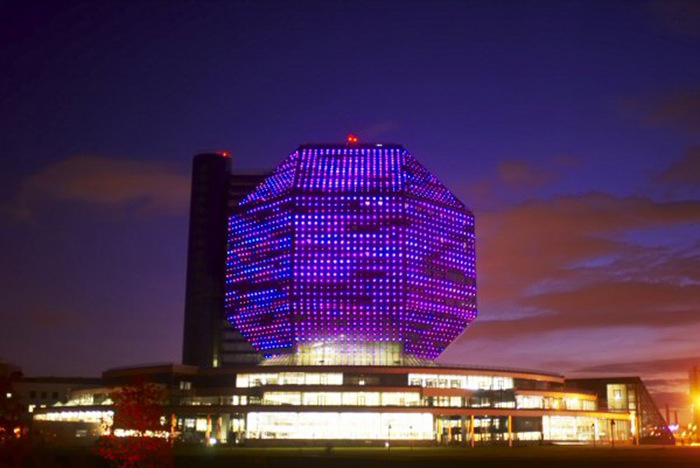 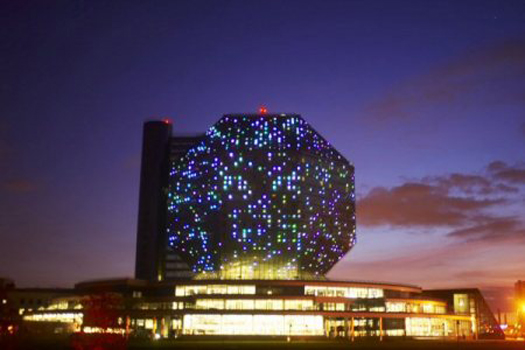 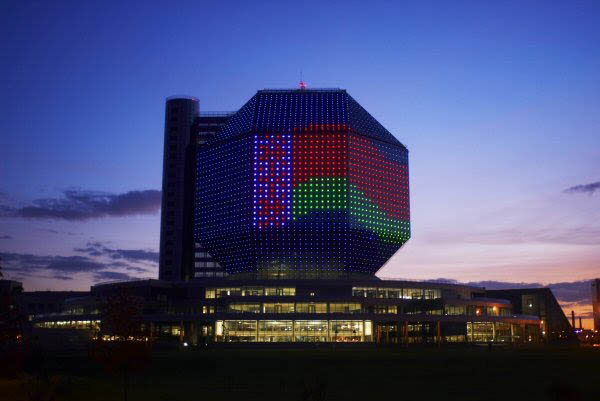 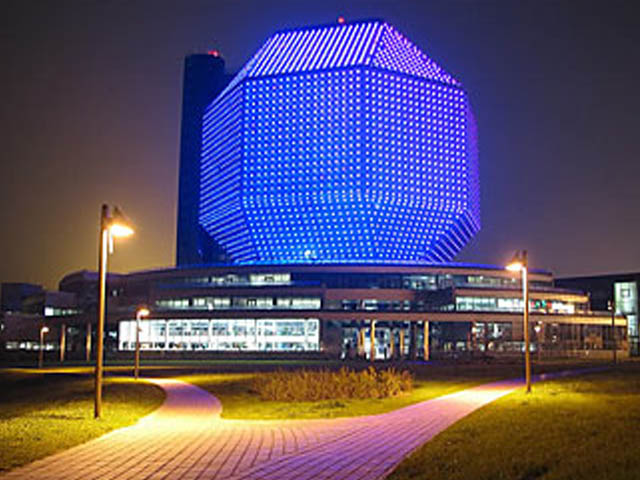