The Barceloneta district, is one of the finest examples of eighteenth-century urban peninsular.
The neighborhood, which sits on reclaimed land to build the breakwater of the port of Barcelona was initially enabled fishermen.
It was designed by a military engineer, to relocate the citizens expelled from the neighborhood of the Bank to build the fort are still visible.
The development of orthogonal pattern, consisting of long narrow blocks, is intended primarily for single family homes and a flat floor, and tried to solve the problems of poor health and natural lighting, thus ensuring cross-ventilation of dwellings.

The plot between party had two fronts, one at Passeig Joan de Borbó, overlooking the harbor and the old town of Barcelona and the other to one of the narrow streets inside the neighborhood.
While the facade to the promenade has been transformed with new buildings in a somewhat anarchic, inside the district retained its original structure but the height of buildings along the old-time PB PB +1 to +5.

For the solar of 8.5 meters wide and a depth of 15 meters. the type of a flat per floor seemed the most logical because it allowed trainees floor and ventilation. In addition the rear façade, because of the narrowness of the road had very little natural lighting.

Having decided on the type of story interns, we place the nucleus of access at the rear of the site to keep the entire width of the facade to the Passeig Joan de Borba. In this way the living room and master bedroom enjoy views of the harbor.
With an area of 110 m2, each floor has three bedrooms, two bathrooms and a kitchen open to dining room and living room. Downstairs is a shop with basement.
The open layout allows for movement around the central core of the kitchen and ventilation between the two facades. The system also partitioned by sliding doors allows visual cross between the two streets.
The rear facade dull and overhangs, with slit windows front contrasts with the promenade, which is reaching out with long overhangs and fully glazed to take advantage of views.
Overhangs, the perforated sheet sliding and “screens” to control and screen roller solar radiation.

Since the Barceloneta is sitting on land reclaimed from the sea and near the beach, the foundation was made with a steering system. The rest of the structure is conventional steel columns and concrete slabs. 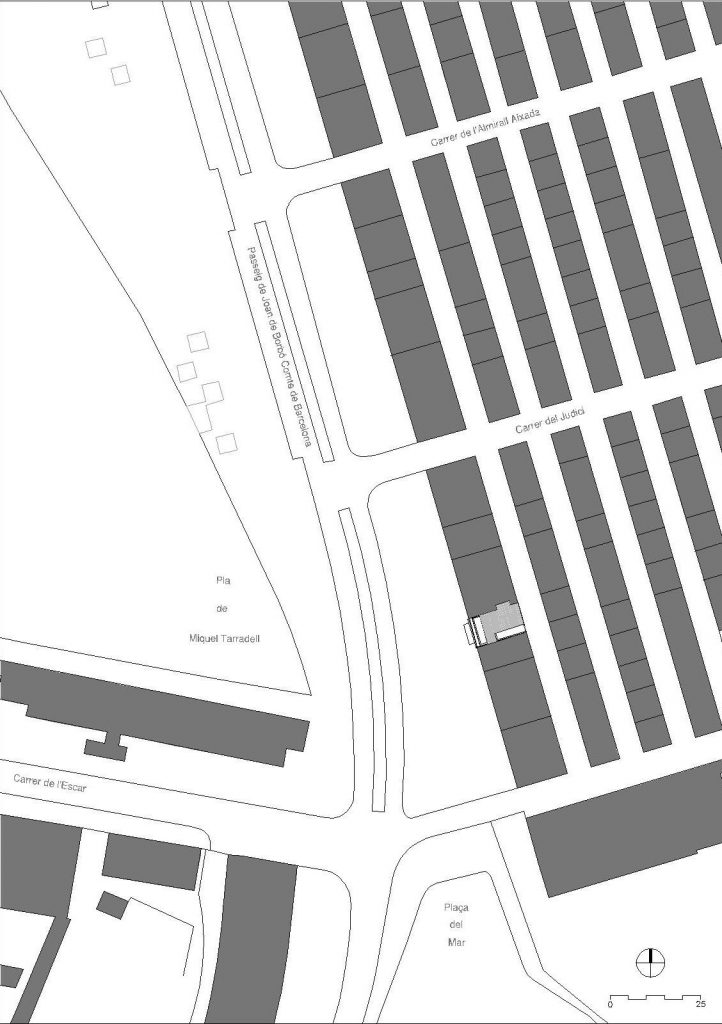 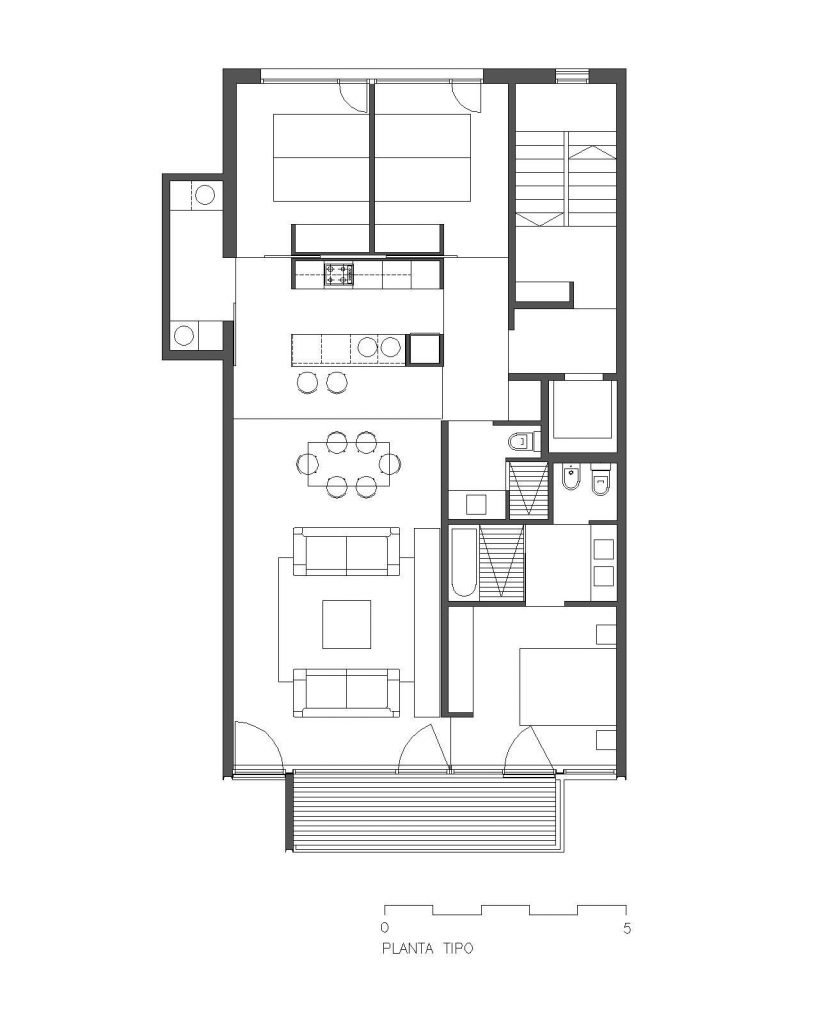 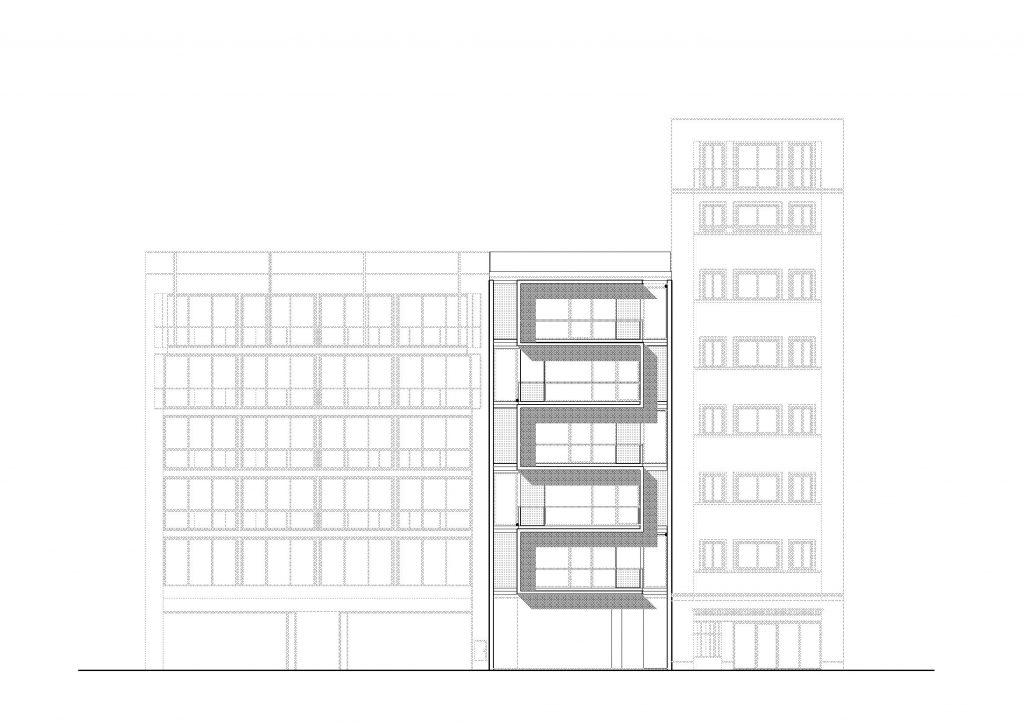 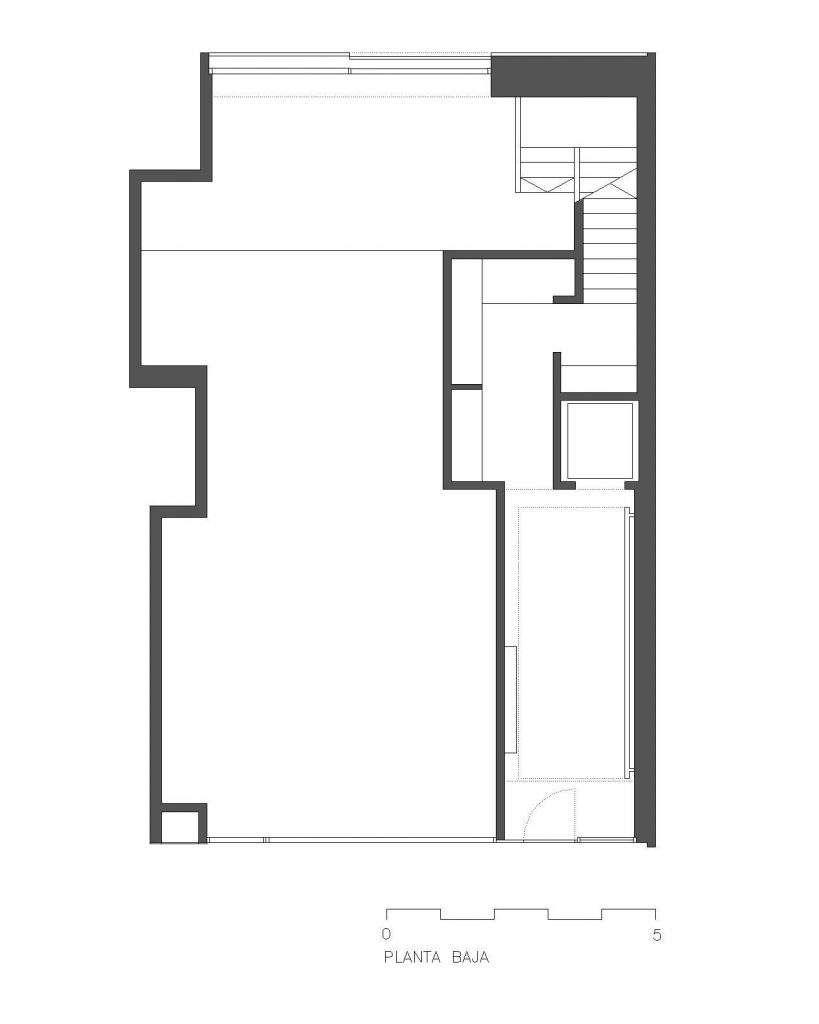 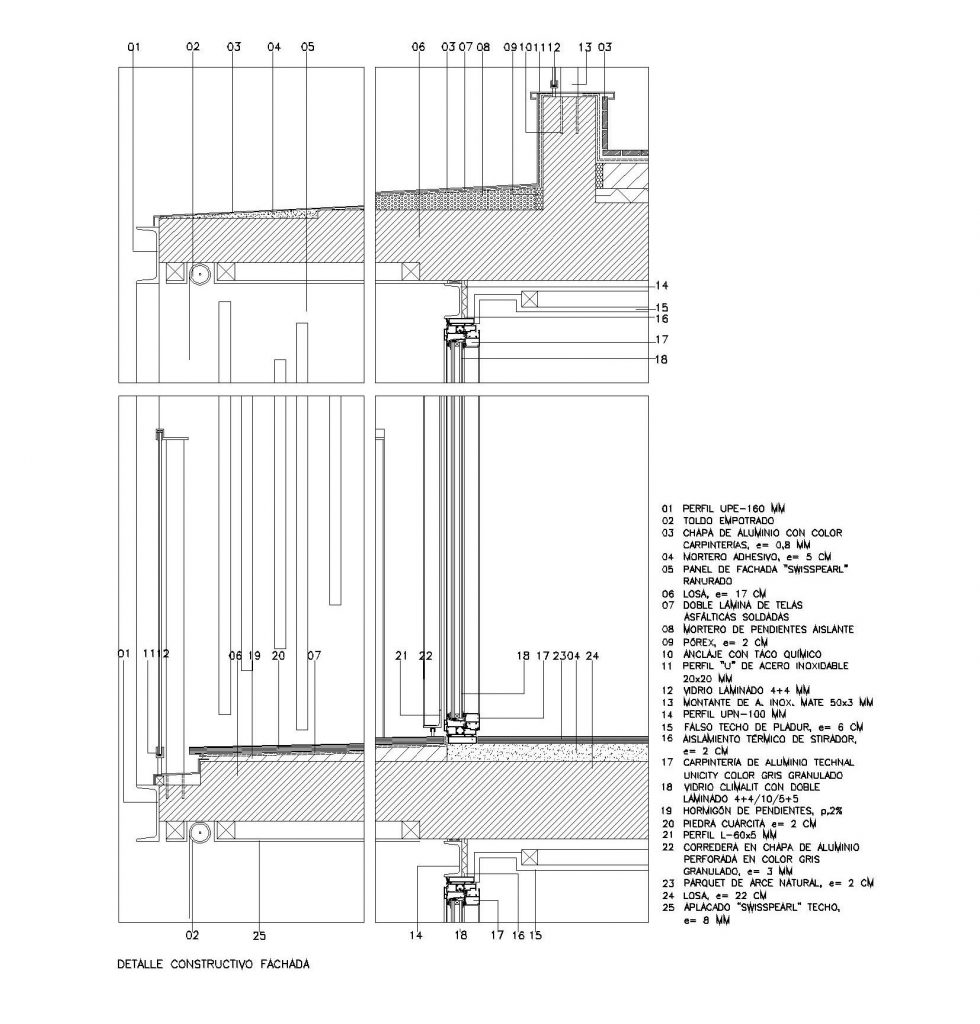 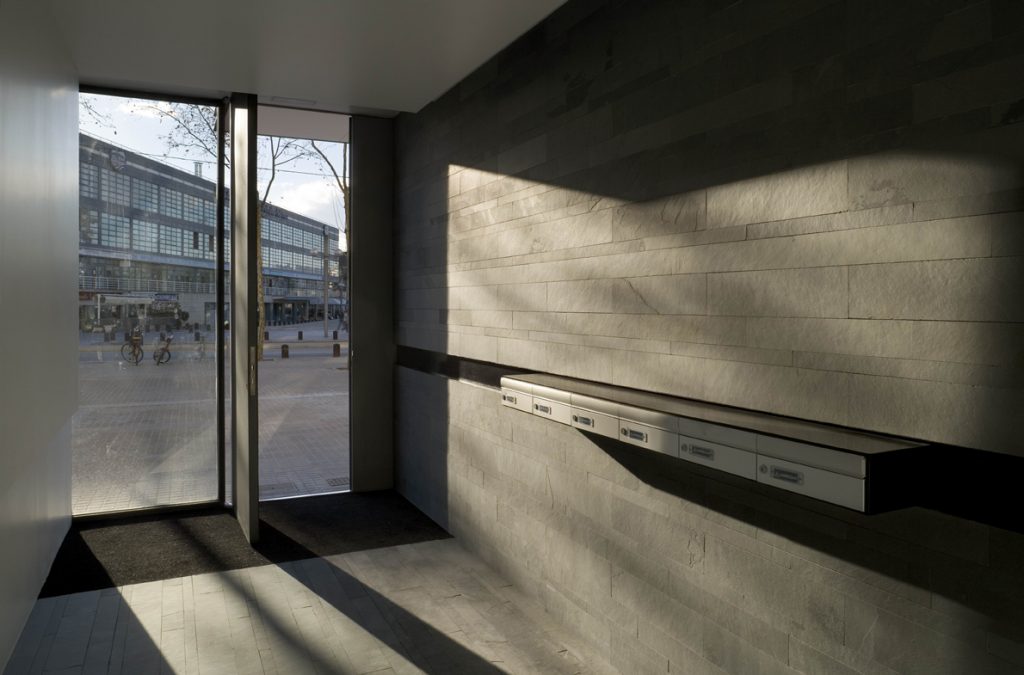 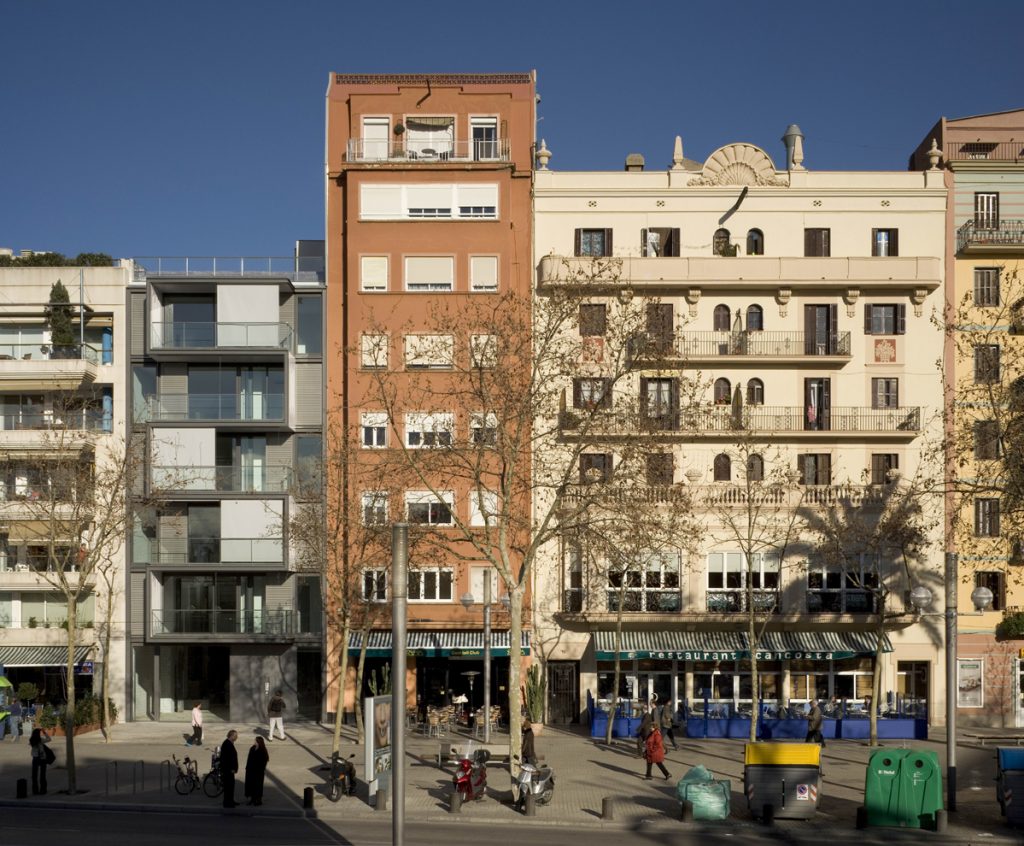 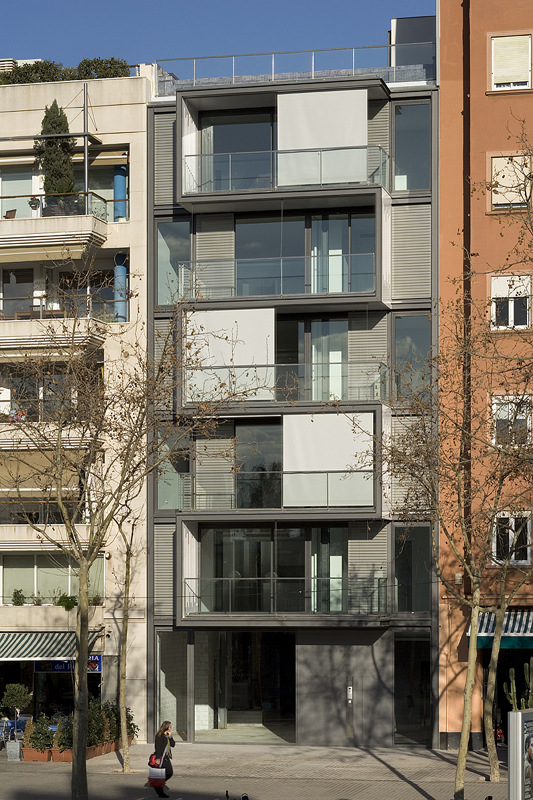 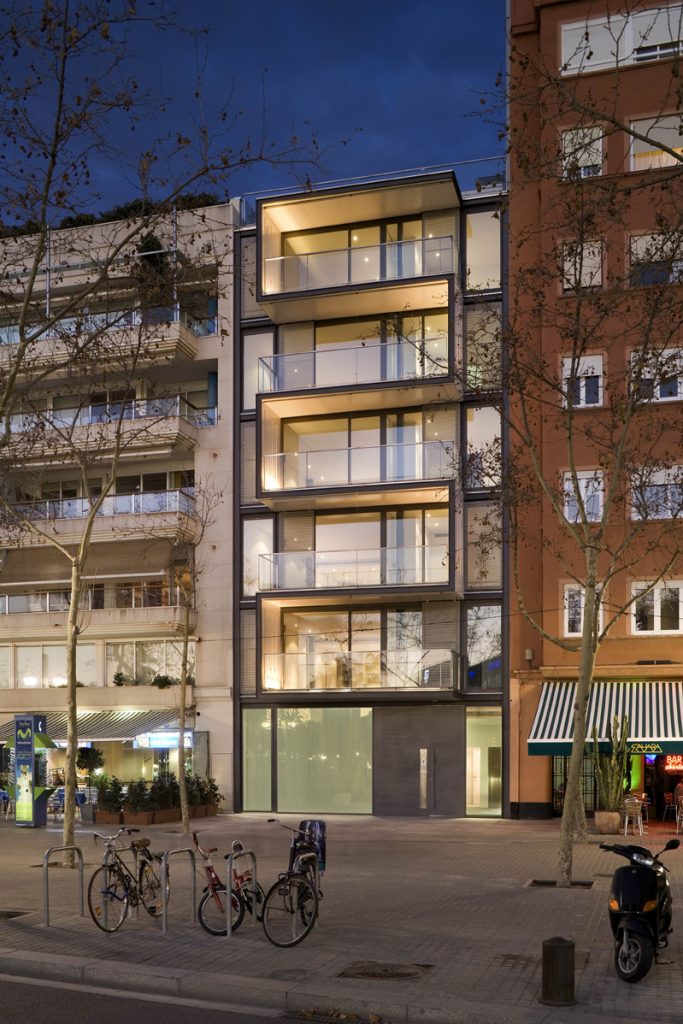 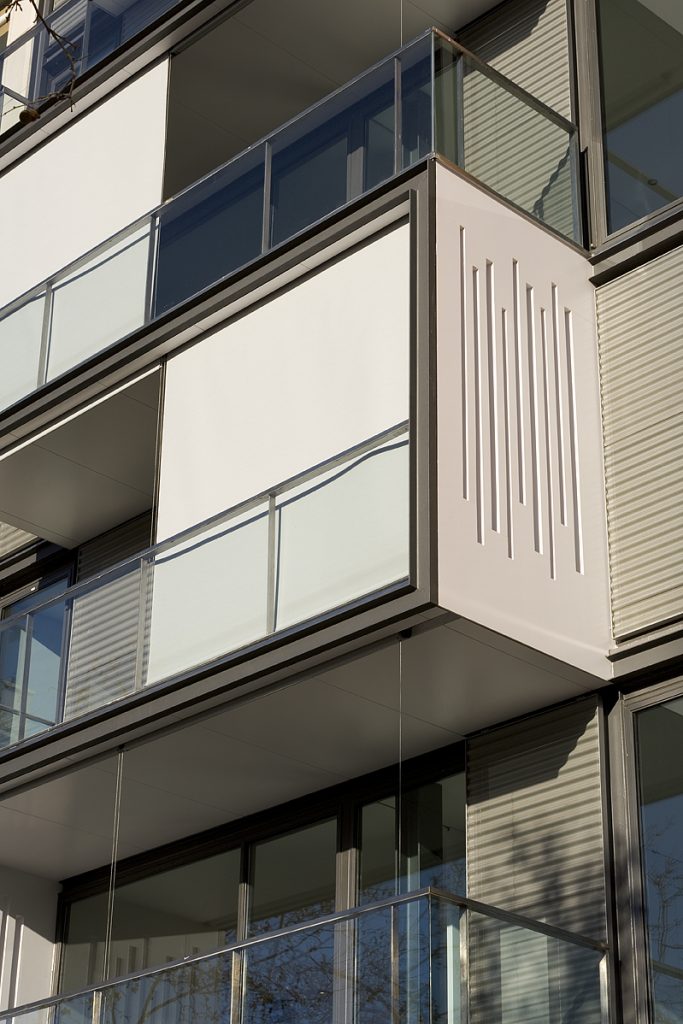 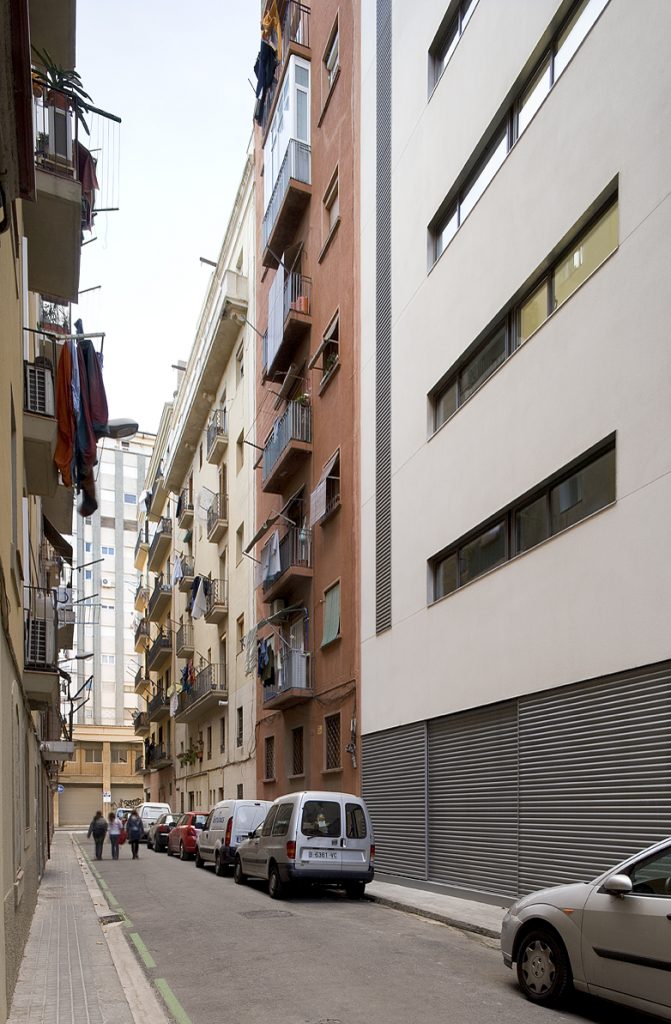 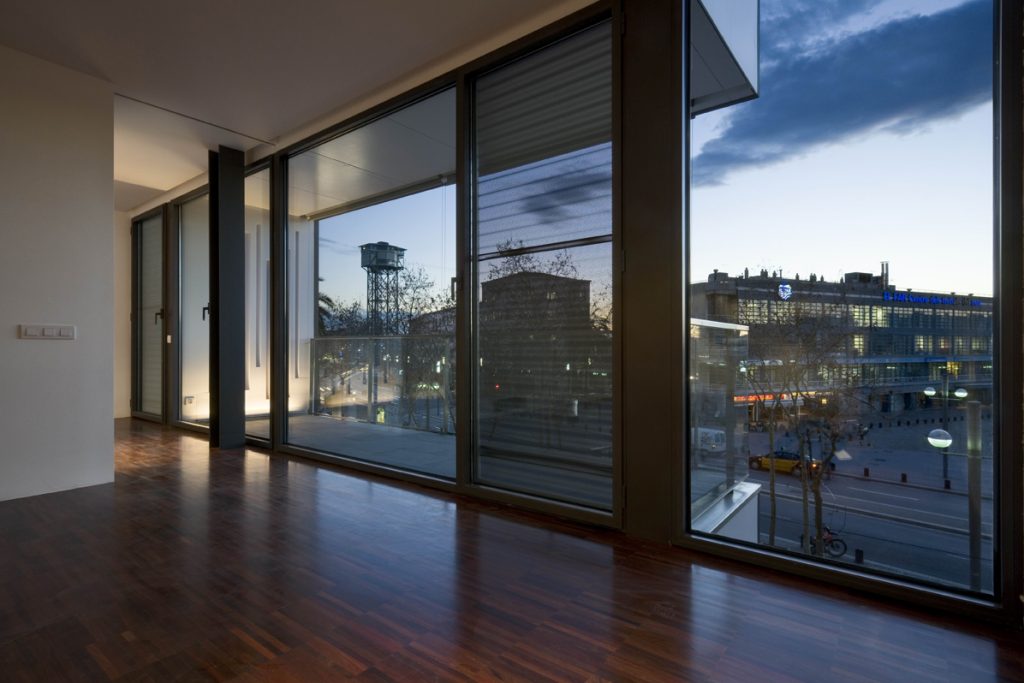