Josep Maria Sostres was a wonderful teacher and critic Catalan or Spanish architecture deeper in the second half of the twentieth century. Throughout his career as an architect developed a variety of assignments: single-family homes and residential buildings, window series of apartments, small rural schools, hotels, places for leisure, entertainment or culture, exhibitions and arrangements for gardens ; Industrial buildings, the headquarters of a newspaper; a building to market the neighborhood, and even a tomb.

But, as is well known, much of the brief architectural production of Josep-Maria Sostres both the left in the project as it actually came to build, has to do with the house. Almost always it is isolated homes in neighborhoods made on the model of the garden city, that is, more or less in areas remote from population centers, with little more structure than that of a banal road route, often without services and always devoid of any significance urban, that is, without any civic or public spaces. The historical conditions of these orders are known: a shortage of financial and technical resources, and the strangeness or rejection of the public regarding the modern style.

The home was commissioned Moratiel him as a residence for weekend and holiday by Manuel Moratiel Iban, in the context of the Barcelona of the era (1955-57). It clearly reflected the American way of life, spread through magazines and exhibitions of architecture that came to the city for those years. Therefore, through the management and spatial distribution of this house Sostres proposing to its customers desacostumbrados some rituals of life in these latitudes. The house forcing their owners to be modern at a time and in a social context still marked by the atmosphere of the post, whose most prominent feature, as many did not leave the note, was the backwardness in all spheres of life.

The house is located in Ciudad Diagonal, an urbanization rate garden city, in the street Apel-les Mestres No 19, Espulgues de Llobregat, Barcelona, Spain.

At that time (1955), this was an area of newly set up housing for a second home for the emerging bourgeoisie of Barcelona.

This urbanization. in mild slope, located west of Barcelona, near the university area.

For its topographical heights, the average level is 300 meters, allowing the contemplation of the Mediterranean Sea, above the city, a few kilometers.

The subject on which the architect insists is the reflection on four key decisions:

During the month of February 1956, Sostres done for the House Moratiel, two completely different drafts. It is difficult to know if conducted simultaneously.

The logical sequence of operations left to assume that the limits and difficulties encountered in the resolution of one of them, may have been the reason for start and raise a second scenario.

In the first draft Sostres makes suggestions on a draft for an Oscar Niemeyer house in the mountains, the environment in Rio de Janeiro.

Here Sostres raises the management of the house in three volumes, the ability to connect kitchen and service area with room to the first floor via a staircase, location of the game room on a volume hosted under the glass volume high and finally the use of literal figurative elements.

In this first draft proposes the house on two floors, the ground floor for services and the first for the family, a pavilion for guests and a swimming pool.

It raises the other line of research Sostres, one that tests the kind of house with central courtyard, while endeavoring to establish a stronger link between home and the environment.

Discard the house on two floors, opted for one with a terrace on the roof and floor in the basement garage.

With a series of progressive movements in various of the house begin to wind about themselves chasing the greatest economy in relations. The result is a plant in central sharply in contrast to the joint volume that had characterized so far taken a decisive Sostres of architectural production, at least in regard to the family home.

This is a job that refines and expands on the second draft by reducing the program (both disappear as the guests flag of the pool) and achieving greater visual and conceptual clarity.

The world of the courtyard houses of Mies or the German Pavilion Barcelona in 1929, are unrelated to this stylization final.

Moratiel in the house, according to the same Sostres, “was tested on the type of house with central courtyard, avoiding as much as possible that such elements to the whole Mediterranean carried forward to an easy suggestion folk.” In fact, the opening of the pieces to the outside, along with the extensive use of glass and visual continuity between the courtyard and space relationship of the house, the dematerialized merging with the traditional courtyard to be.

The home side of a square meter of thirteen of thirteen surrounded by three-quarters of its perimeter by gangs of bodies Murari. One of these bands occupy the area at night, the other the kitchen and service area. Among the volumes of the bands closed flowing open space, separated from the outside by glass floor to ceiling, which includes patio, hall, dining room and living room.

On the roof, a glass-enclosed studio with fireplace and a cylindrical opaque volume corresponding to the spiral staircase that goes from the garage to the kitchen.

In the courtyard part of the ground is covered with gravel, marble, paved and another third is occupied by a small mirror of water. The four sides of the courtyard are defined by two diedros, an opaque (walls) and transparent (glass). In the first linear projected shadows of the lamas and these shadows will be reflected and reproduced by the second.

The pergola which initially was to cover part of the courtyard was replaced with a booklet of wooden shutters ready horizontally covering it completely, producing a set of linear shadows continually changed.

This forms a parallelepiped glass cylinder which is in contrast to the massive access service.

For economic reasons, the house was constructed with a budget very brief, were used as resistant walls enclosing of the stays, eliminating some of the pillars of steel previously expected.

In the areas of dormitories and services used a forged unidirectional made with prestressed concrete beams bovedillas and ceramics, while for the living room, the lobby for access, the corridor, the cantilever annexes to the courtyard and covered areas of the terrace there was a massive slab of reinforced concrete.

Sostres used a clever appeal to “save” slab in some parts of the house, both in the body of service as in the dorms, the direction of the joists are parallel to the facades, which exempts from lintels put in them, thus giving facades with a free “fenêtre in length.” 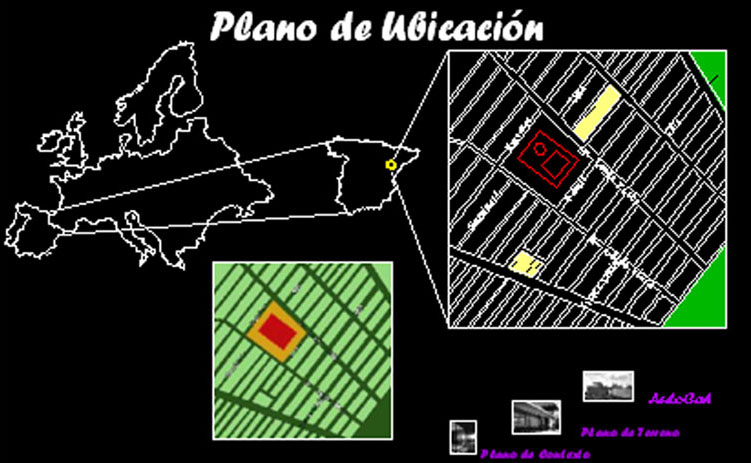 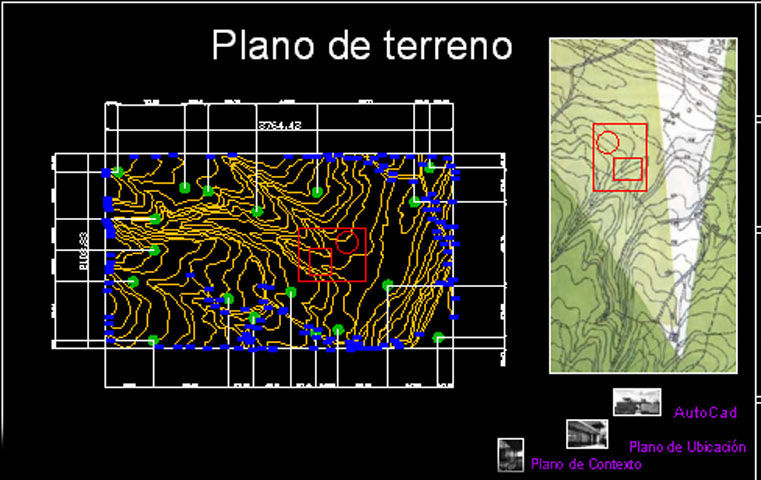 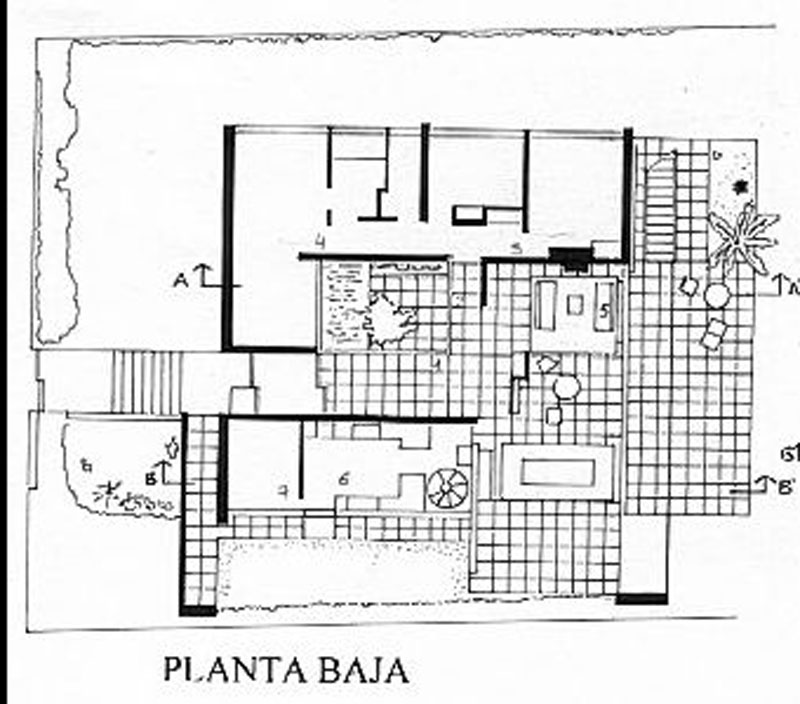 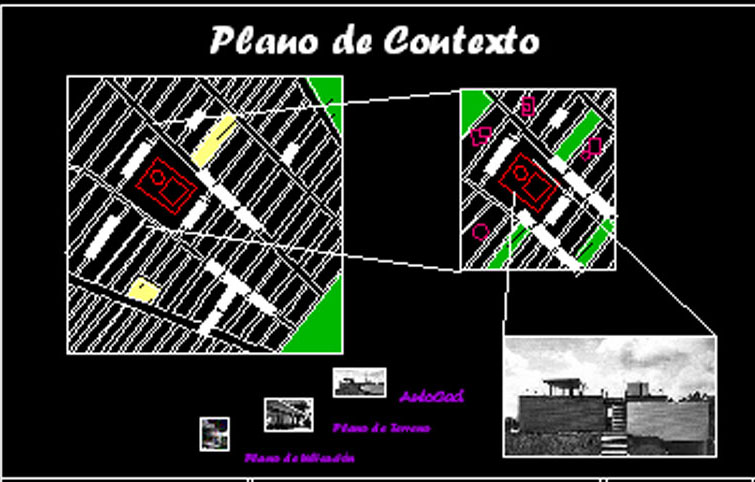 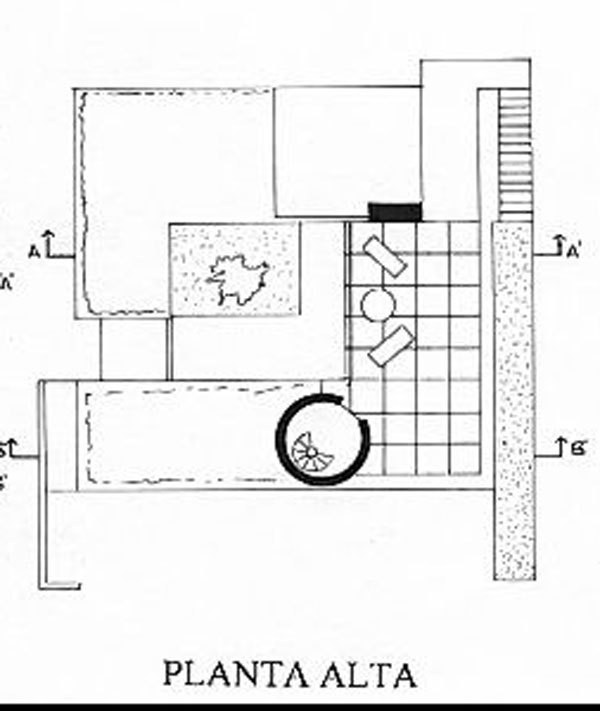 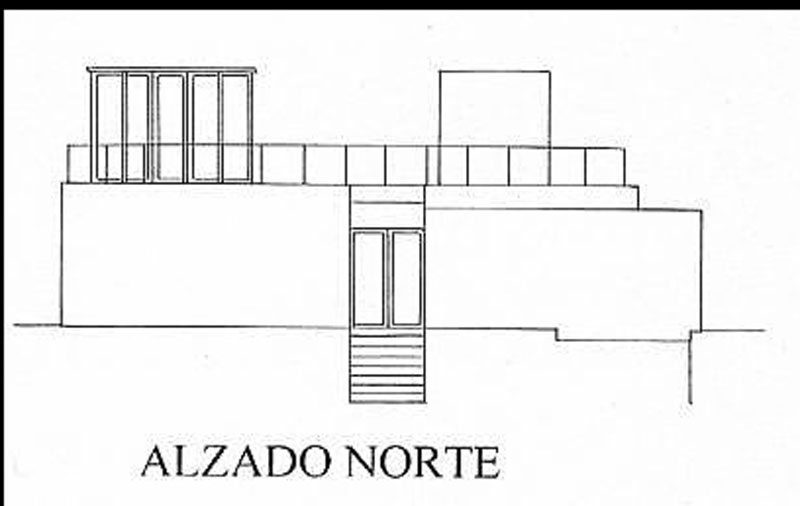 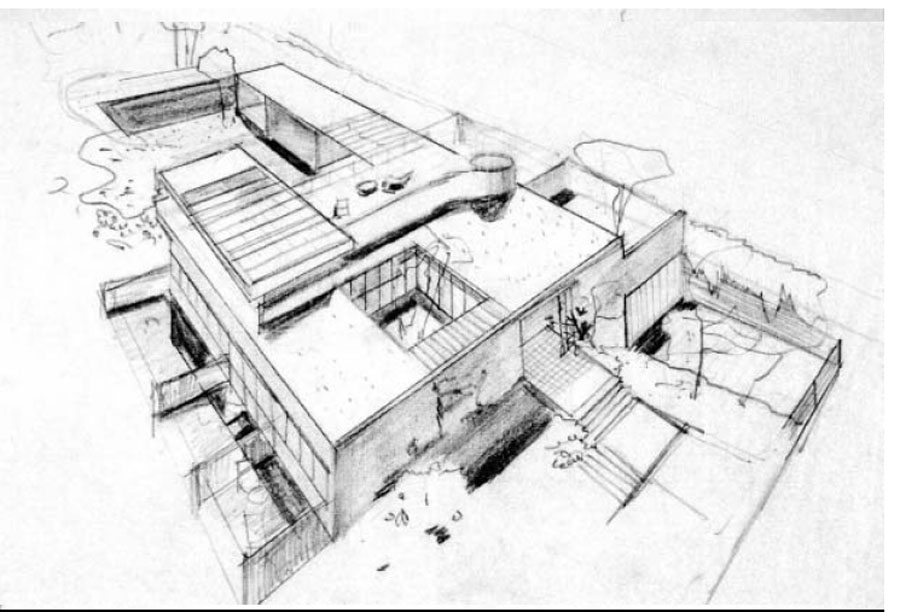 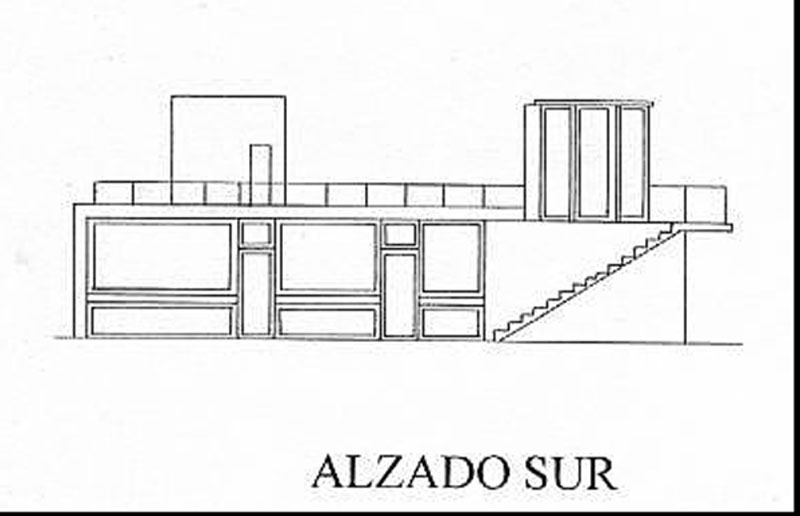 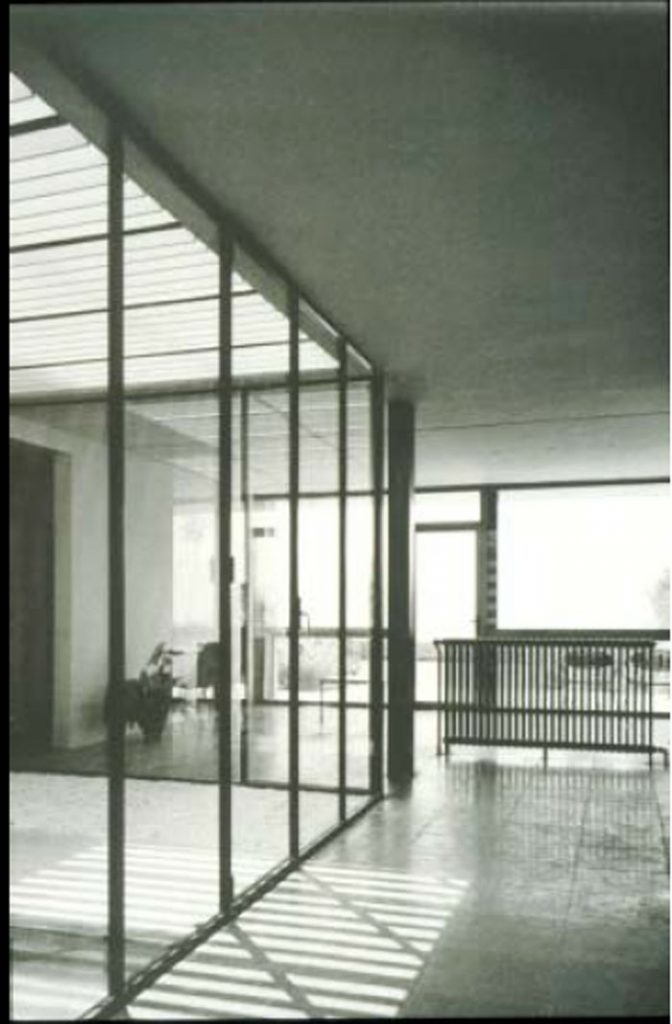 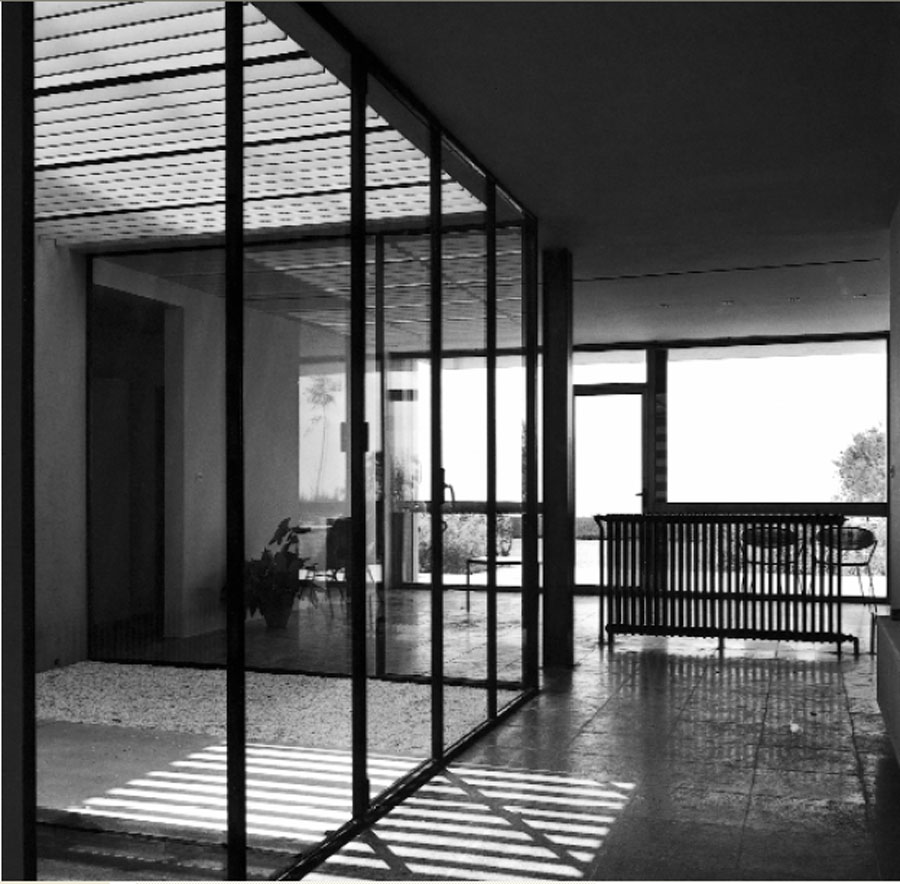 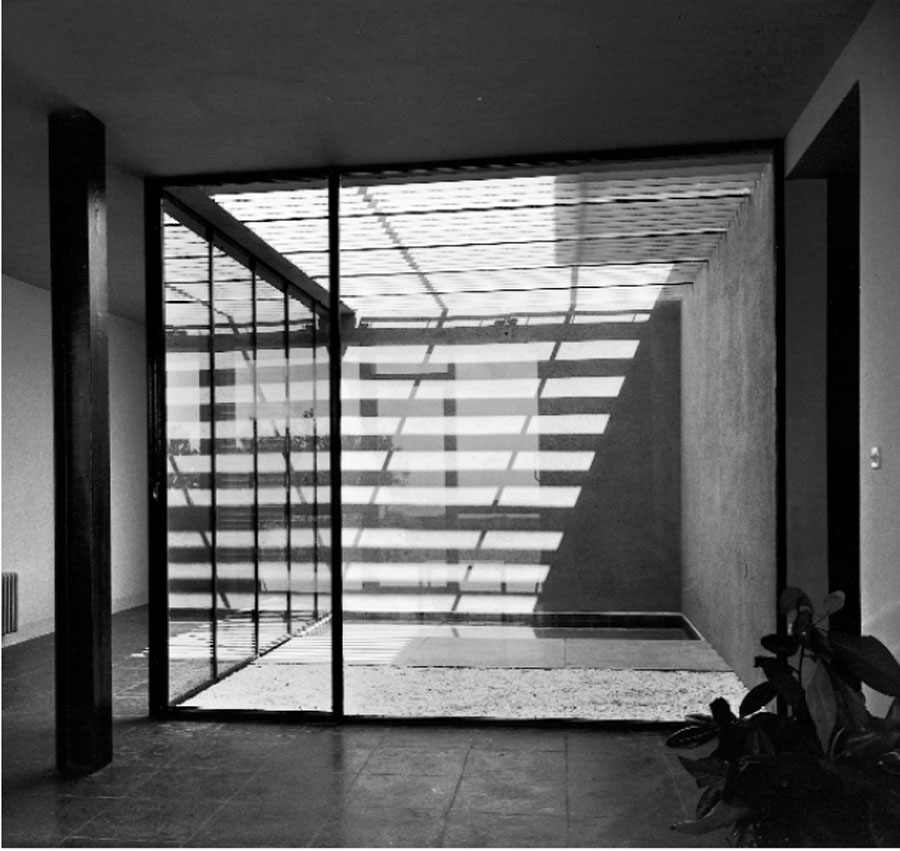 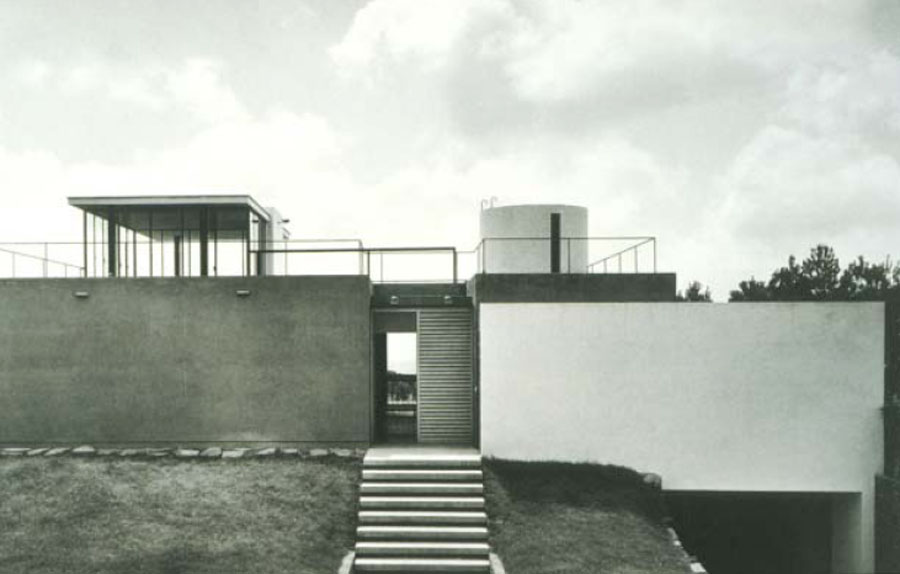 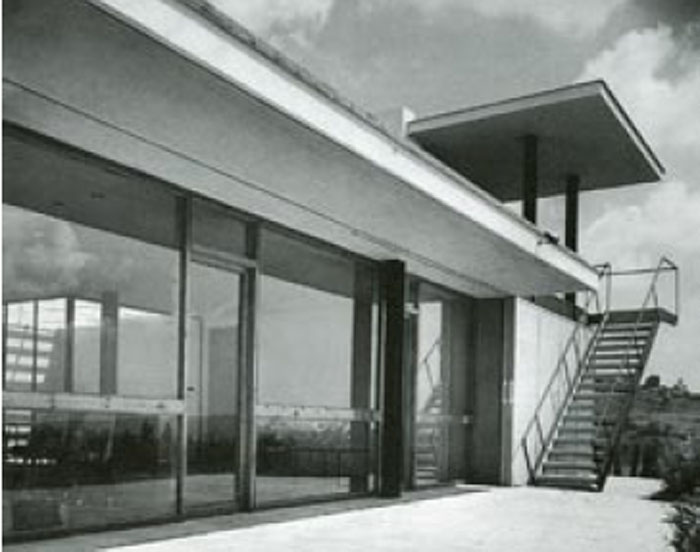 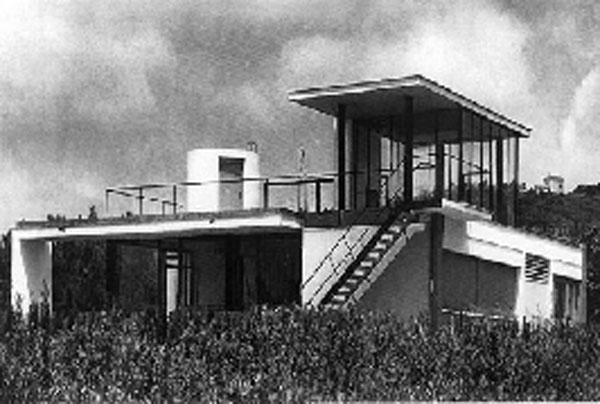 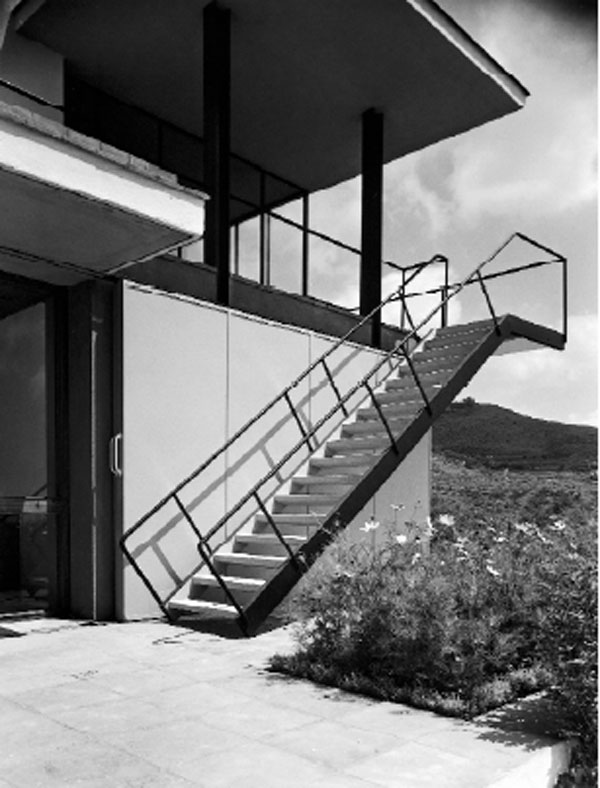 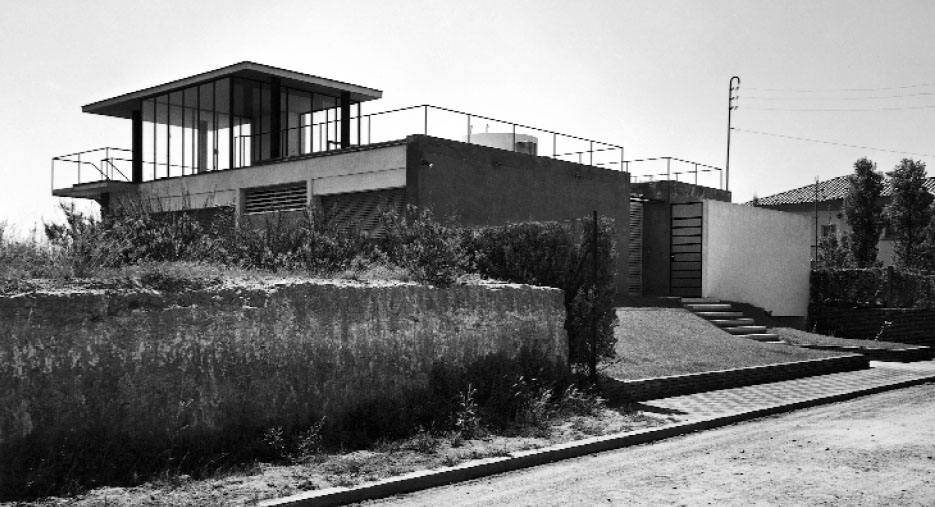