The interiors of the best houses that Neutra designed in the 1930s reveal a greater ability to superimpose office space to sort them in sequence.

All share the qualities of enlightenment, difficult to define itself in the fine architecture of the Japanese tea houses, much admired when he visited the Katsura palace during his trip to Japan in 1930. Nowhere is this influence more evident than in this house of 108 m2 and cost 7500 dollars, which integrates a home of the Pueblo Indians, excavated in the desert, in a disciplined modern architecture.

The house was considered one of its greatest achievements, especially because its outcome revealed the achievements of a collaboration between a brilliant architect and a client splendid.

Crac Lewis Miller was a cultured middle-aged widow, an entrepreneur who moved the German system Mensendieck “functional exercises” to the desert and taught their customers at a time when Palm Springs was still unfinished.

The system consisted of one self’s own body while in space was moving towards a healthy position and regain vitality practicing movements naked before a mirror. All the houses of Neutra should be therapeutic, but as in the case of Lovell House here on physical movement and body formed the basis of the space program.

Miller knew that “I did not want a Rubens; wanted a Picasso.” Although Wright had even Philip Johnson in high esteem, family history tells that Neutra arrived in a car coupled to a trailer in which he was carrying a rotary table for drawing and an awning (the device allowed to study the rotational angles the sun and wind). According to this narrative, drawing while sitting in the shade, his wife Dione played the cello in the sun.

Neutra sought functions in the same way that transitions space. As once said, more optimistic than realistic, “our rooms are not called living room, dining room, bedroom… The rooms are large portions of the space in which we live and are pragmatically elastic. ”

Miller’s house is close to the Japanese concept of zashiki, or master bedroom flexible depending on the circumstances which plays the roles of the various placements of the traditional house and being able to transform into living room, bedroom and place of entertainment.

Being designed for a single woman this unit does not affect the privacy inside the house that in any case could differentiate their most intimate parts mendiante curtains guided by profiles anchored to the roof giving a total visual privacy.

The northeast corner is the side that reflects the “house of tribal people”, with white stucco walls going backwards, as in the traditional native architecture.

The southeast corner will also be away, but here in clear glass, sliding his protective shell to reveal a swimming pool next to the screened porch. Grace Miller was delighted: “The water attenuates the effect of the brightness of the sun and sometimes cause it nicest reflections dancing on the roof of the hall and the porch,” he wrote in 1938.

In the north face, a large translucent glass with light zenith for ventilation was used to illuminate the gym, whilst confers privacy (after studying the angles of the wind, Neutra narrowed the openings on this side because of the strong wind charged sand).

The mirrors at right angles to the wall ‘double’ actual space devoted to the teaching of slow movements that his client was teaching.

Senior wardrobes, which partially protected her bed, separating this area from the rest of the house, one could run a curtain across the room to provide a complete visual privacy.

Neutra incorporated many strategies to give a greater sense of serenity. The bedroom contains a pair of French doors, 1 m each. An outdoor display of the same size was located at the same distance from the wall.

To create a tiny porch, the doors were fastened with bolts at its base so that, sustained and at right angles to the wall, completed a rectangle. So, when you go to sleep, you could enjoy the fragrant aroma of citrus fruit that had planted the other side of the porch.

The sense of smell was not confined to the bedroom: the right to the kitchen sink there was a small door of aluminum, which could be eliminated by the garbage discreetly, the container is emptied abroad. In the interior, a wall of Douglas fir plywood stained with a layer silver neutralize the aggressiveness of the sun.

Every detail exactly responded to the needs of specific client. For example: about their “couch day or night” wanted a clear view of the pond and the horizon; Neutra mounted around windows to the ceiling, to prevent any lines of vision.

Next to the toilet designed a bedroom, but with tiny light from the sun’s north with translucent glass for her morning toilet. Here, the objects of cosmetics were placed on a sheet of onyx with streaks of ivory that gently illuminated her skin.

The wardrobe closet is a portrait of Miller: up to the roof and consists of seven separate drawers, each with a slightly different depths depending on each category of clothing. Before you design it, the client asked: ‘How many jerseys do you have?; How many hats? “. 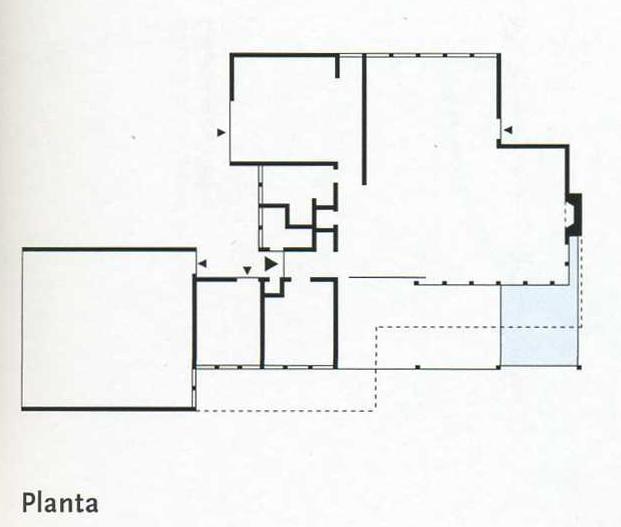 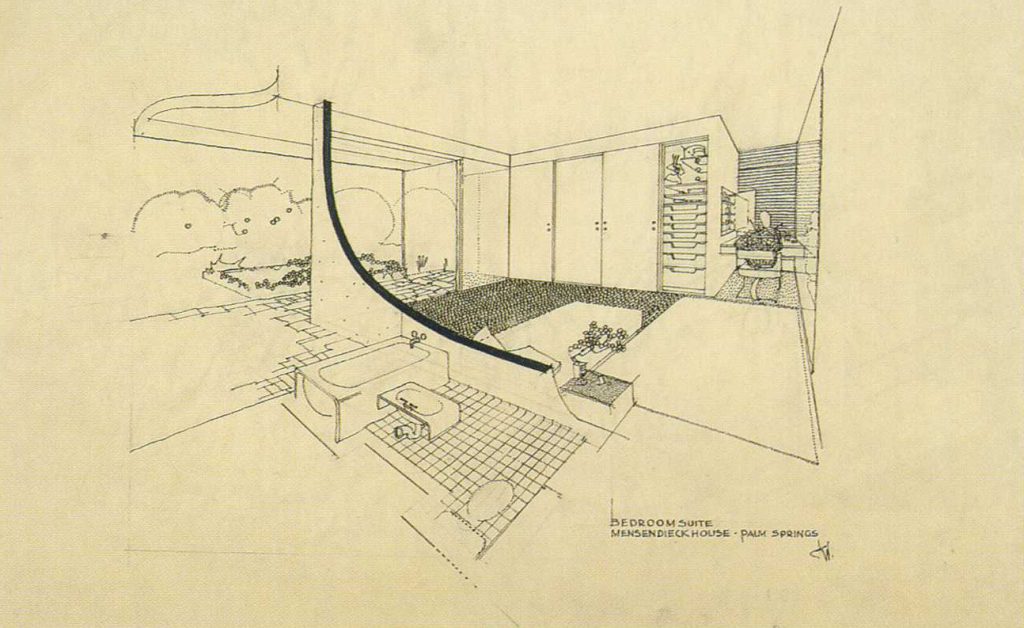 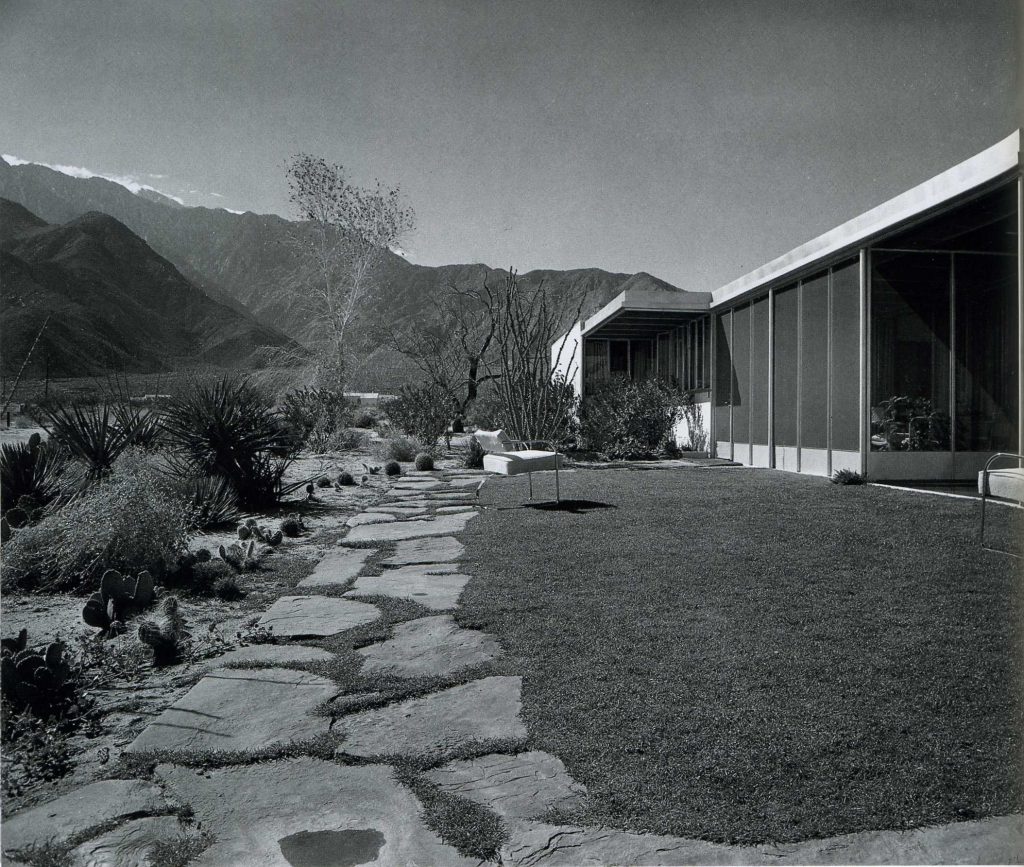 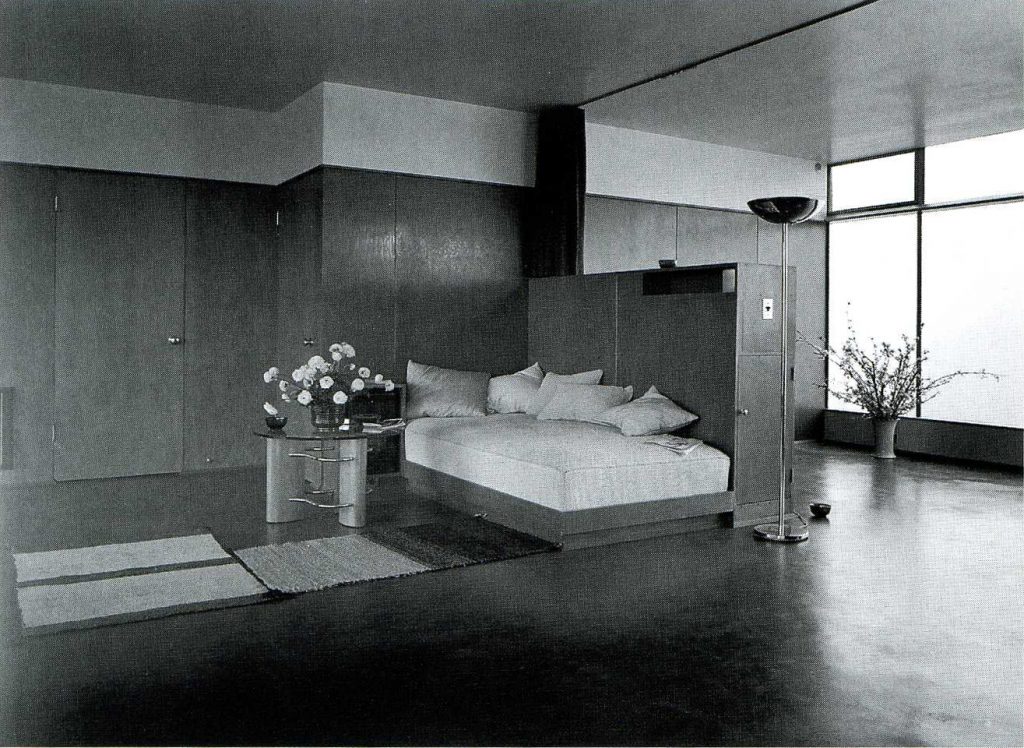 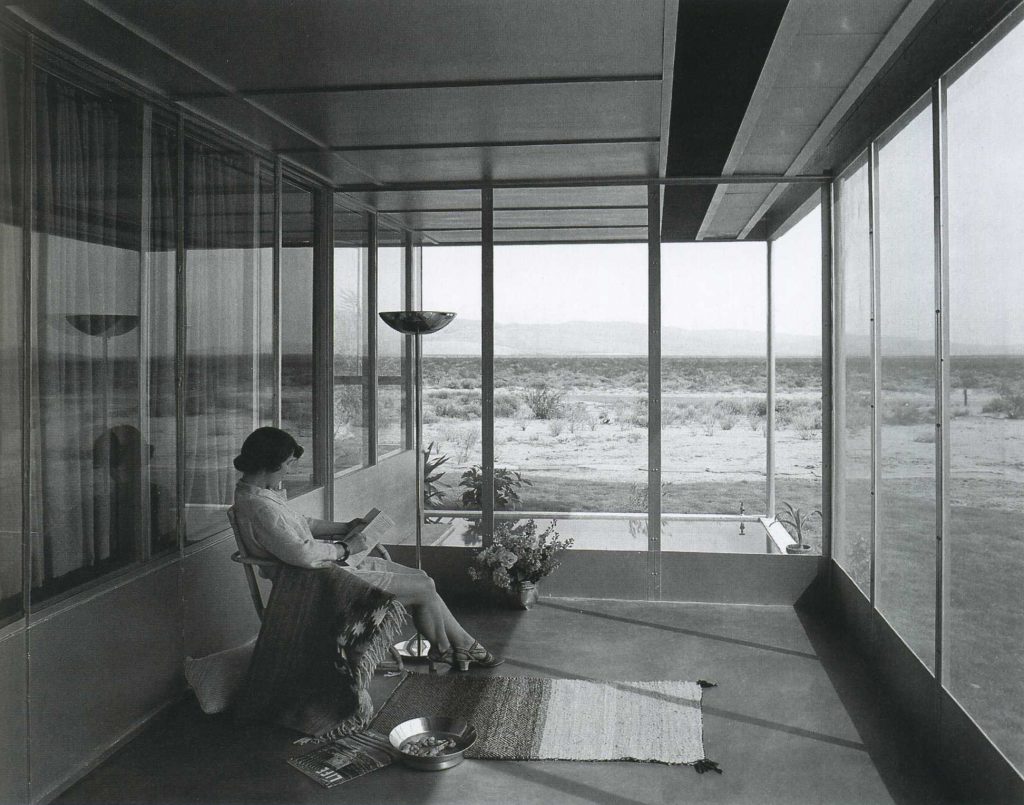