This spectacular multi-purpose space, architecture and engineering example of modern social at the service was opened in January 1, 2000, coinciding with the start of the new millennium, hosting an exhibition which closed on December 31 of that year. From that moment it was a source of great political and economic disputes. Its design was led by Richard Rogers, the english architect best placed globally at the time and responsible for such iconic works as the Centro Comercial Las Arenas de Barcelona, or Cultural Centre George Pompidou in Paris.

In 2005 its name was officially changed to “The O2 ” when phone operator O2, the Spanish subsidiary of Telefónica, bought the copyright to the original promoter. This name change led to a major overhaul of the site commissioned by the new owners and retaining little more than the shell of the dome. The renovation was made to a design by Populous,HOK SVE and Buro Happold.

During the 2012 Olympic Games complex called The O2 Arena, was called the “North Greenwich Arena” and on-site tests were held and later artistic gymnastics during the Paralympic Games were held events in wheelchair basketball.

Millennium Dome is a large building with a single roof located on the banks of the River Thames, on a former industrial land on the Greenwich Peninsula, southeast of London, England.

The Millennium Dome project or Millennium Dome was born with the need to restore the attractiveness of the Greenwich Peninsula and revive its potential cultural, tourist and commercial. In addition to the building itself, we proceeded to recover all of the peninsula land contaminated with toxic waste from the former gas plant running in place.

The project did not yield “economically ” than expected after the large investment, the Millennium Dome was closed in late 2000, until in 2005 was projected to a new destination site.

The Millennium Dome is one of the largest single roof structures performed worldwide. His image resembles a large white tent subject to 12 yellow towers 100 feet high. Each of these towers represents the hours of a clock and every month of the year. Its original design was intended to accommodate major exhibitions, but to the failure to call for public level was reused for music concerts and events, both artistic and sports.

The inspiration for the design was a big sky, a cosmos in which all events take place, the radial lines and circles high and tensile roof structure recalls the celestial grid astronomical maps through the ages.

The structure was designed by the Buro Happold, and the entire roof structure weighs less than the air contained within the building.

The spectacular roof, only interrupted by a hole through which a ventilation shaft out ( Blackwall Tunnel), raised on a circular base of 365m in diameter, with undulating edge 1km and a maximum height of 50m, providing a covered area 100.000m2.

The cover is suspended and supported by high-strength cables ranging from the outer end of the steel masts 12, which pass through the Teflon fabric, until the fabric of fiberglass. Although it is called dome is not strictly not hold its own weight, it is not self-supporting and requires the help of a network of wires attached to the masts. The 12 columns of the structure with a height of 100m.

In its construction were used for the base concrete, steel towers painted yellow, cloth glass fiber matrix of PTFE ( Teflon ) for cover and rubber feet anchor it to the ground.
It took cable 70km high strength steel to attach the fabric to the towers.

Chosen as the best International Stadium concert industry trade publication Pollstar Concert since it opened ( 2007), the O2 is the stadium that sells more tickets worldwide, surpassing by 50 % to its closest rival. The enclosure houses the world’s most important events, such as ATP or late high-profile concerts, Madonna, Rolling Stones, etc.. It also has become the biggest entertainment area of London to be a catalyst for the redevelopment of the Greenwich Peninsula.

Built entirely within the structure of the former Millennium Dome, the spectacular O2 Arena on the Greenwich peninsula, has 23,000 seats and can accommodate a variety of sports and entertainment.
Discarded traditional survey methods, due to its location within an existing structure, the new roof 4.500tn required for new events, was built on the ground and then lifted into position using a system of ” jack chains ” computer controlled. Using 16 shots major chains attached to the upper reinforcements of eight new concrete cores, lifting the new fabric to 4m below the existing building structure, according to arrangements of air and smoke deposit.

The stage design responds to its unique context, tiered to the public surrounding the event space with spectacular lighting that emphasizes the scale and volume of public space. 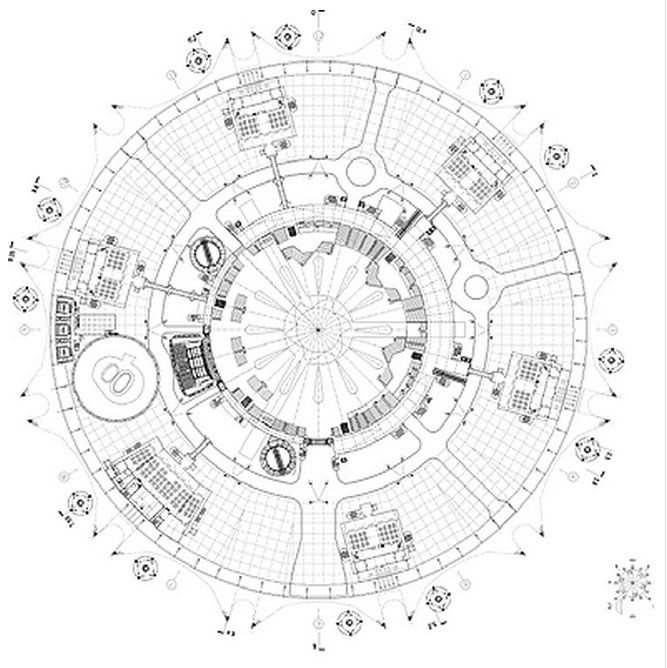 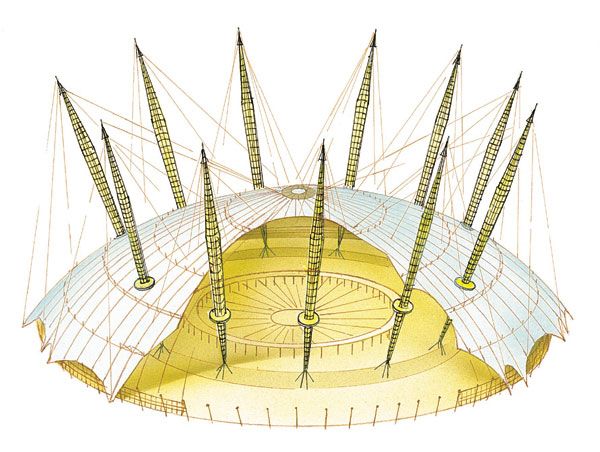 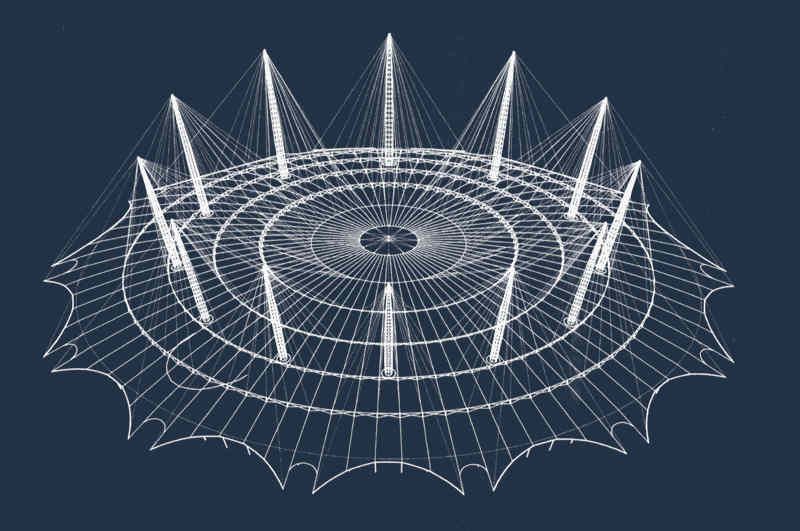 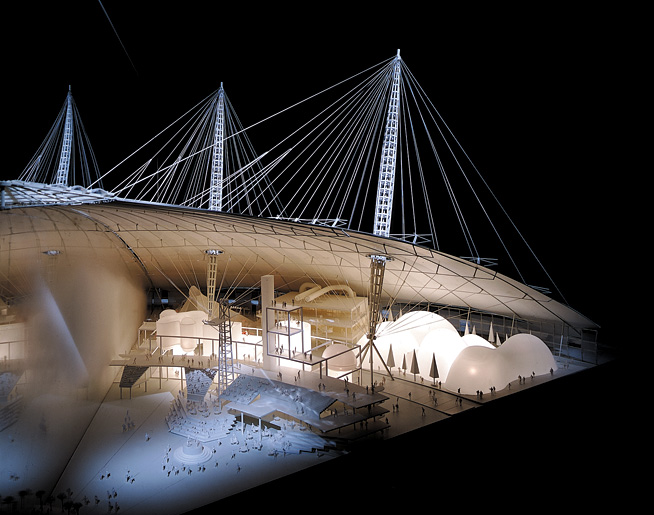 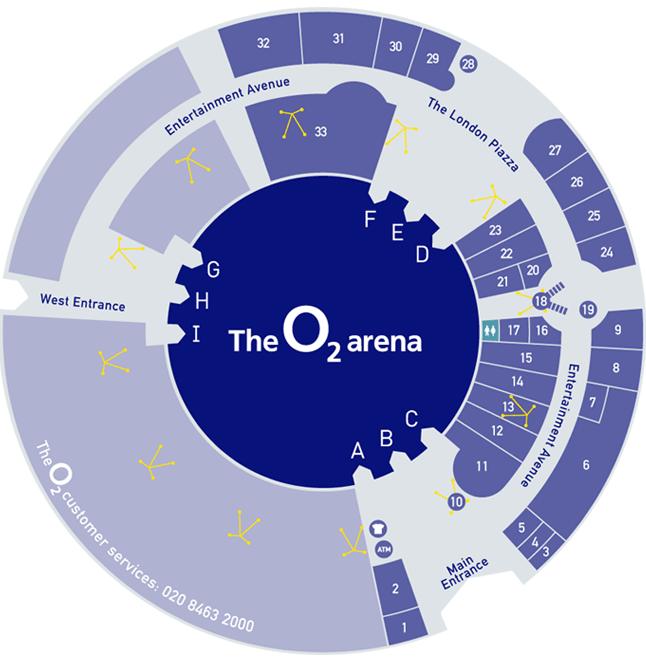 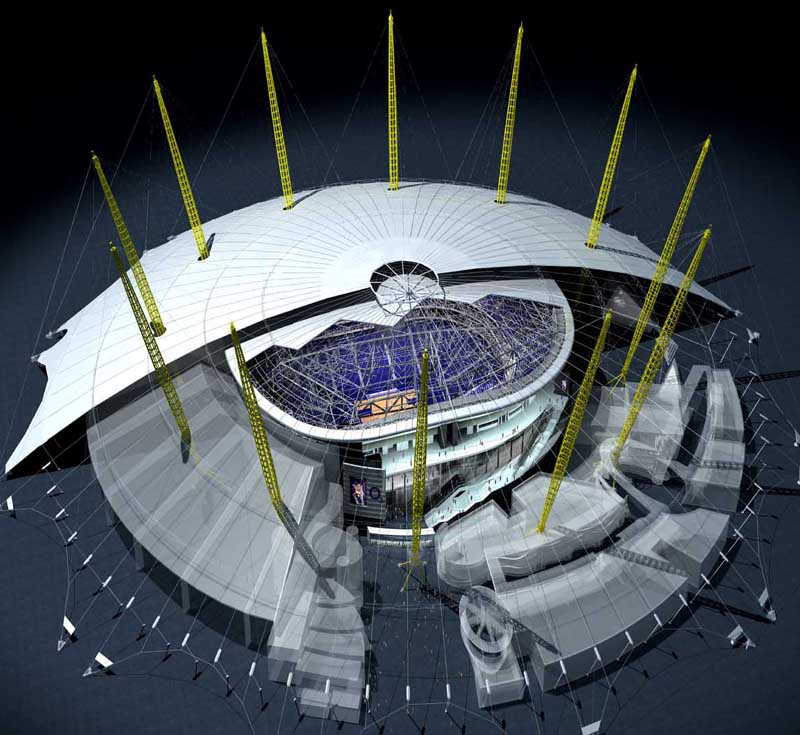 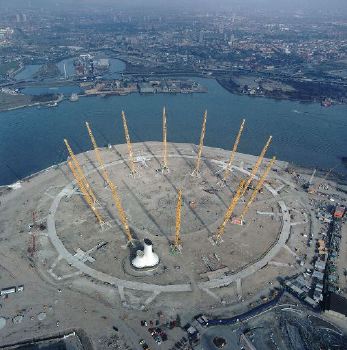 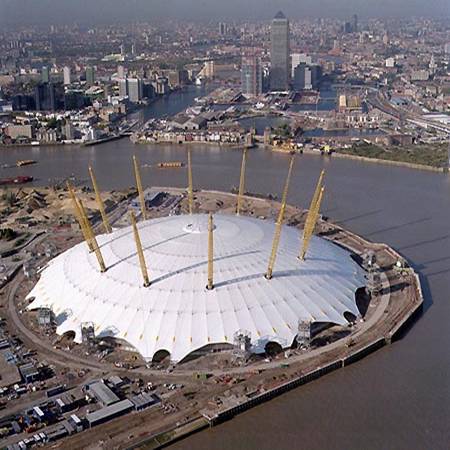 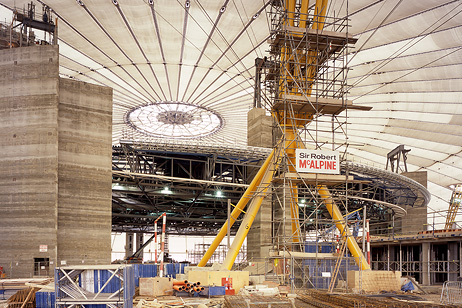 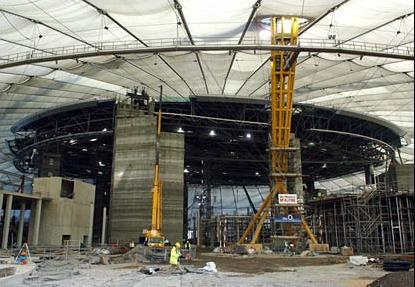 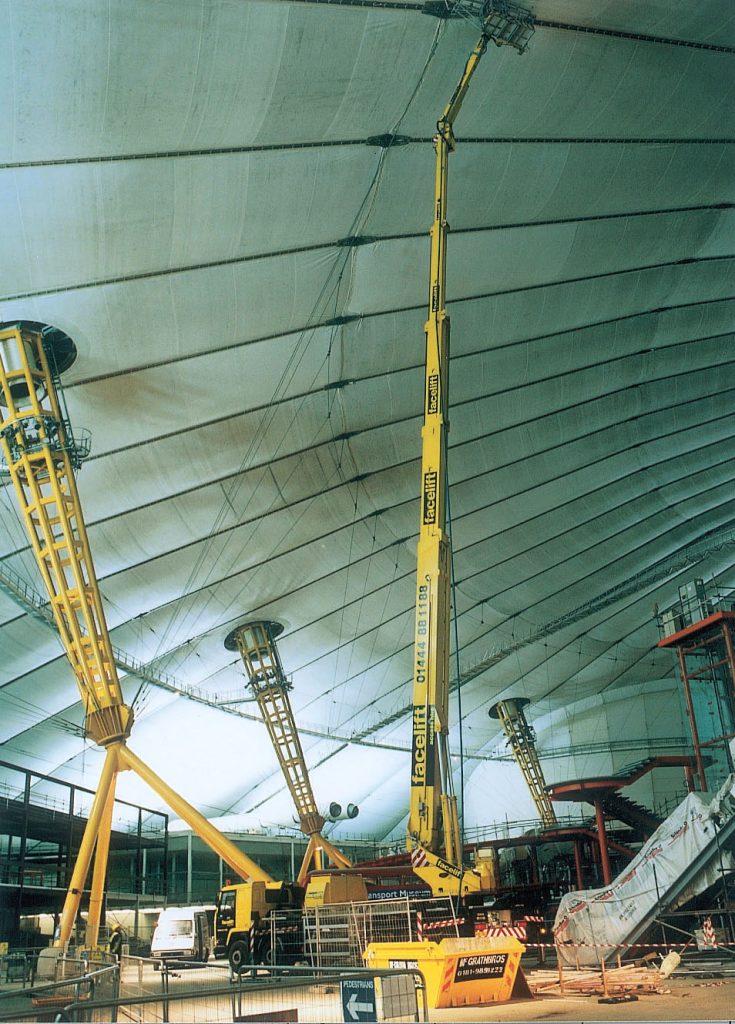 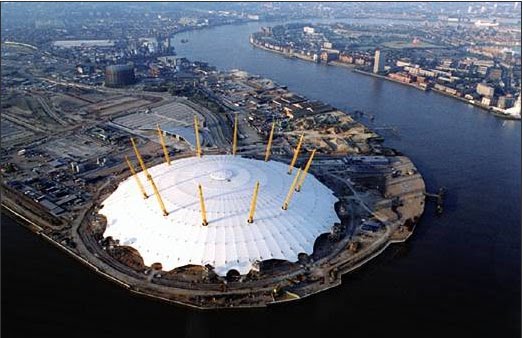 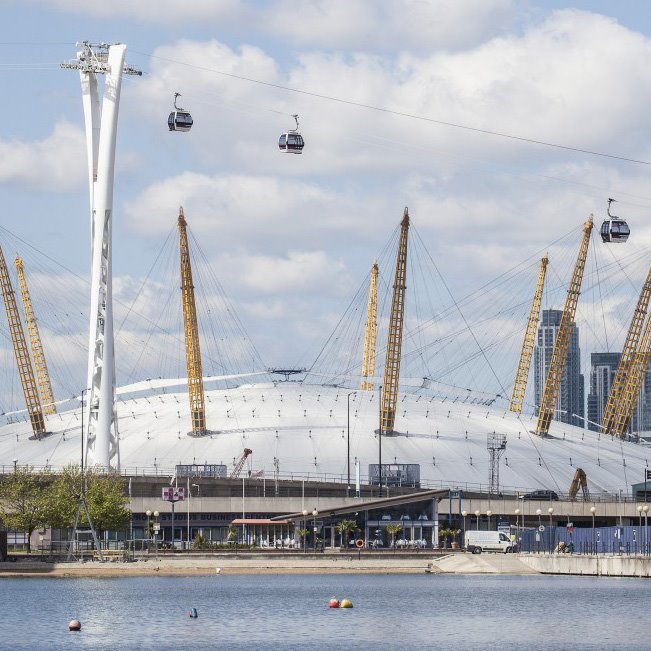 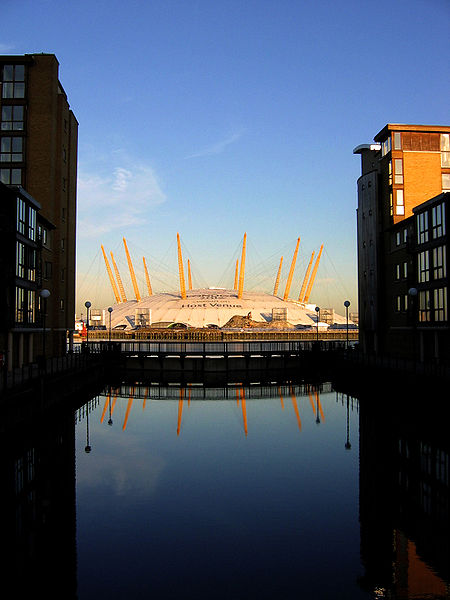 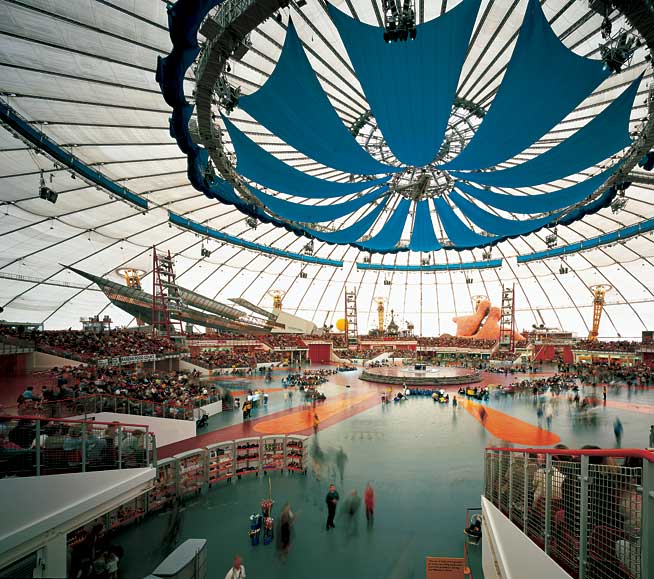 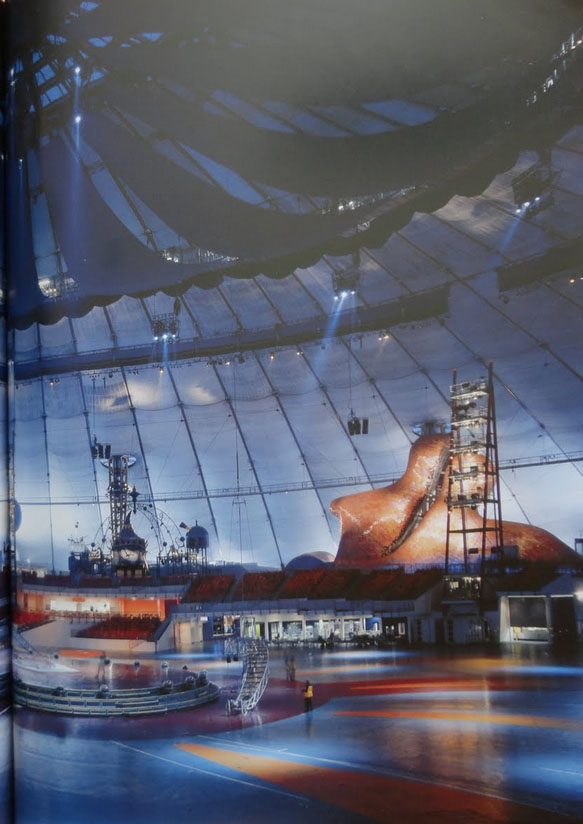 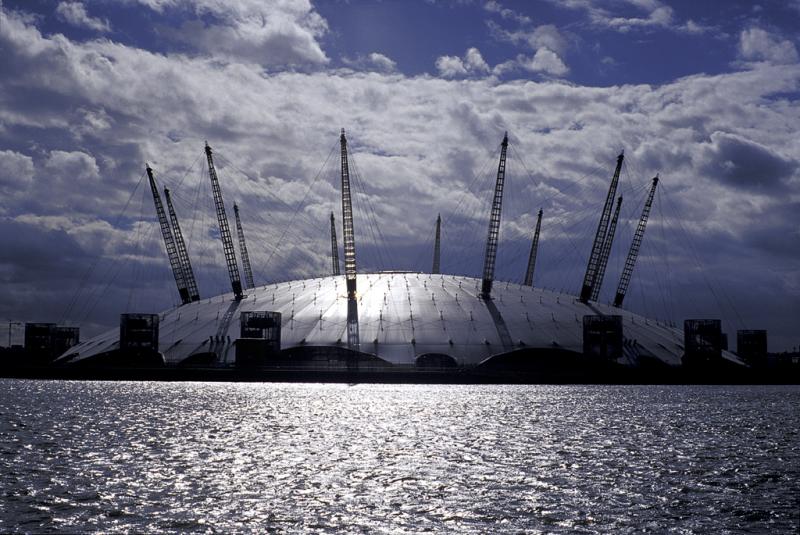 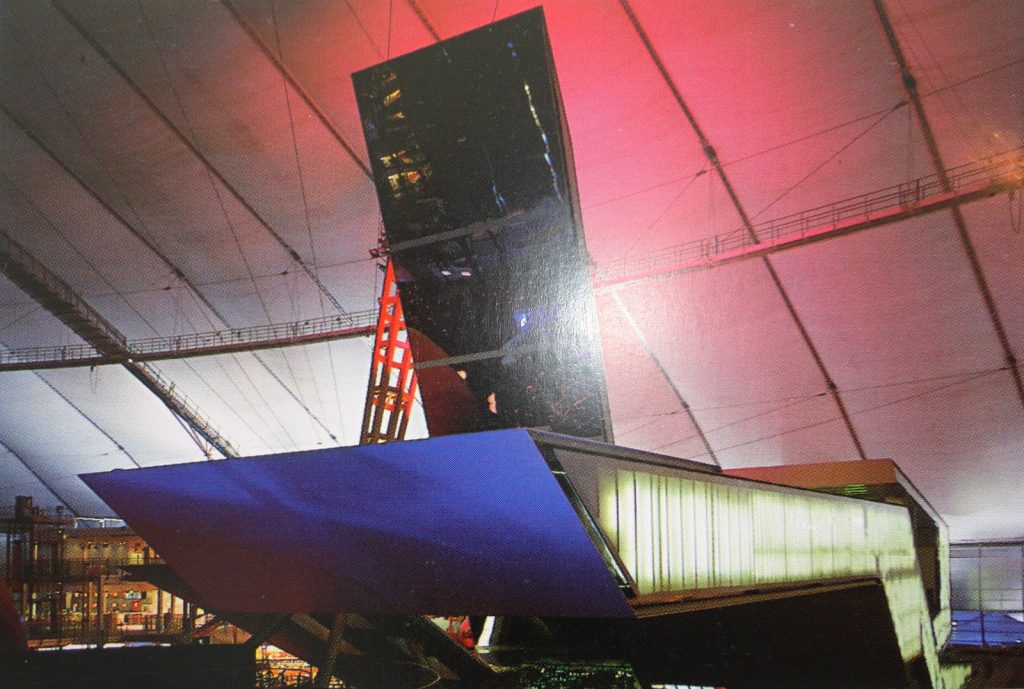 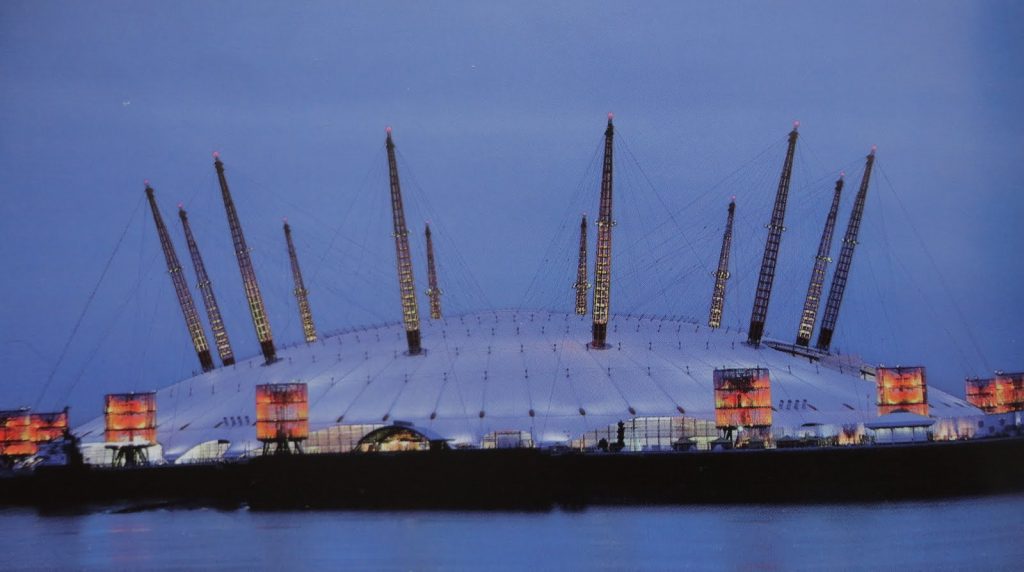 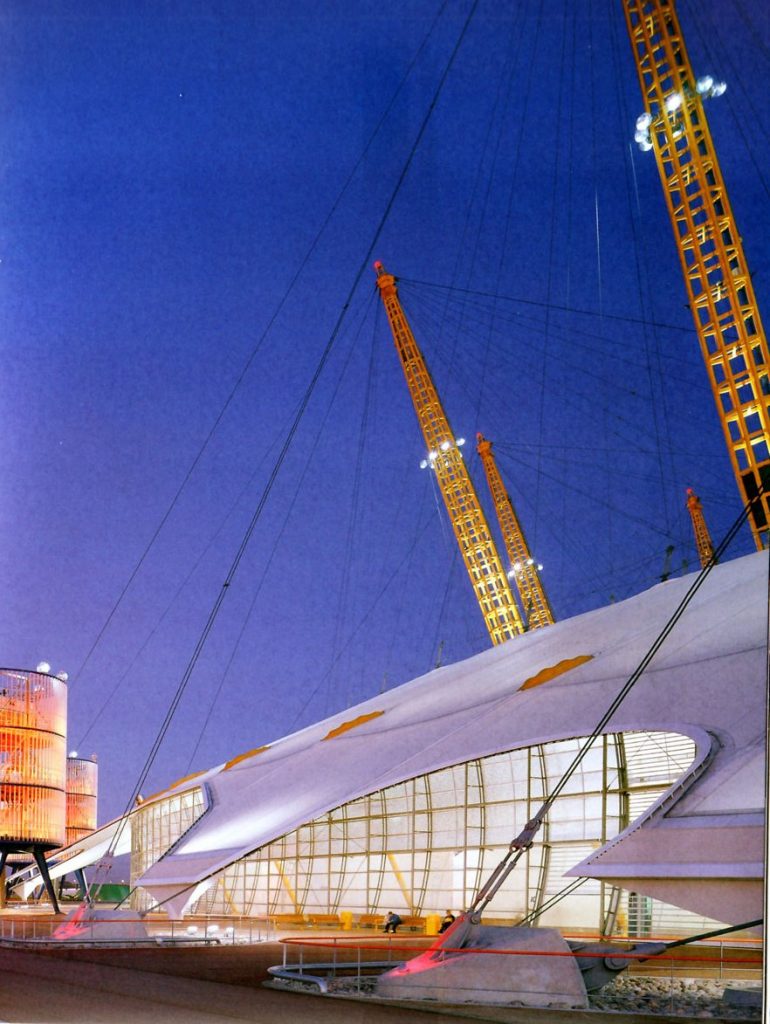 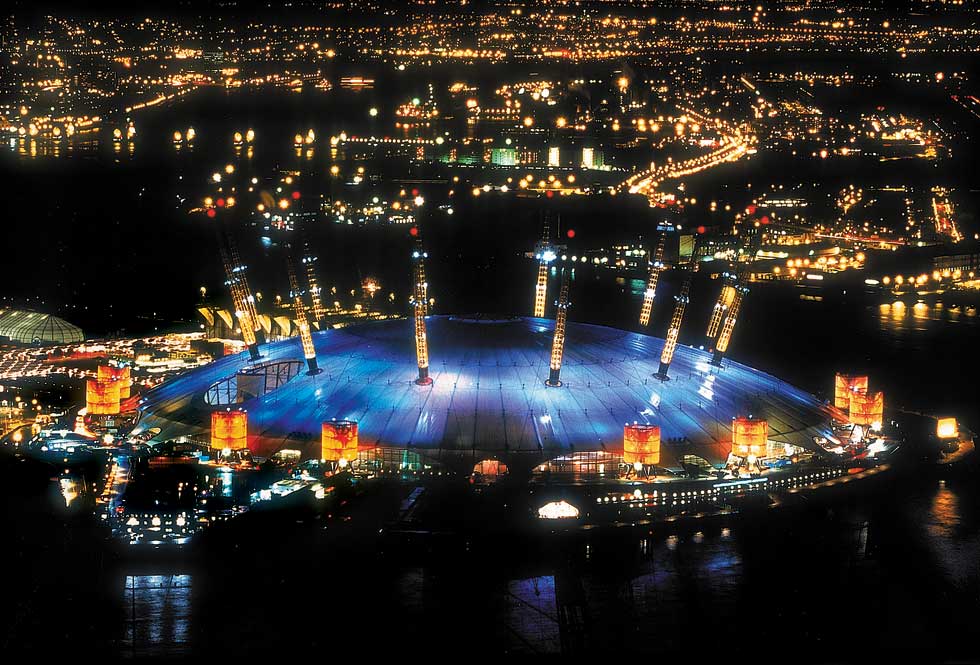 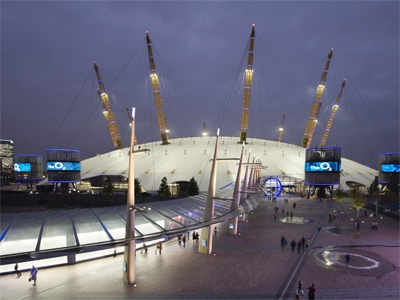 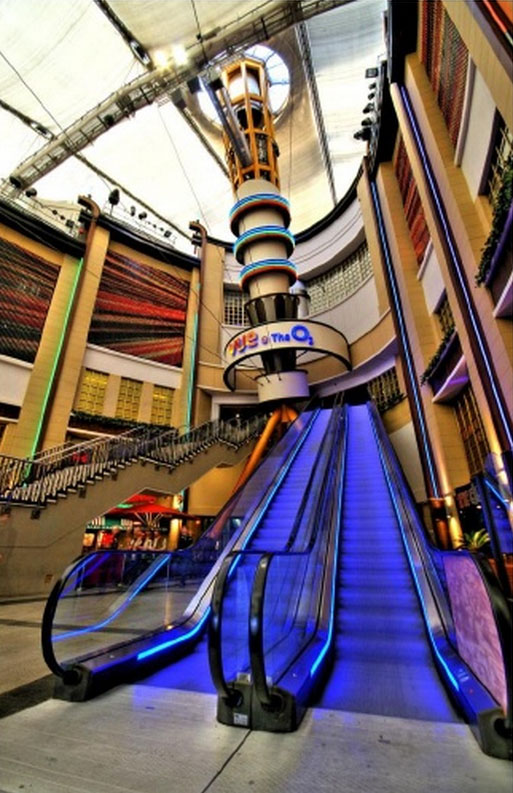 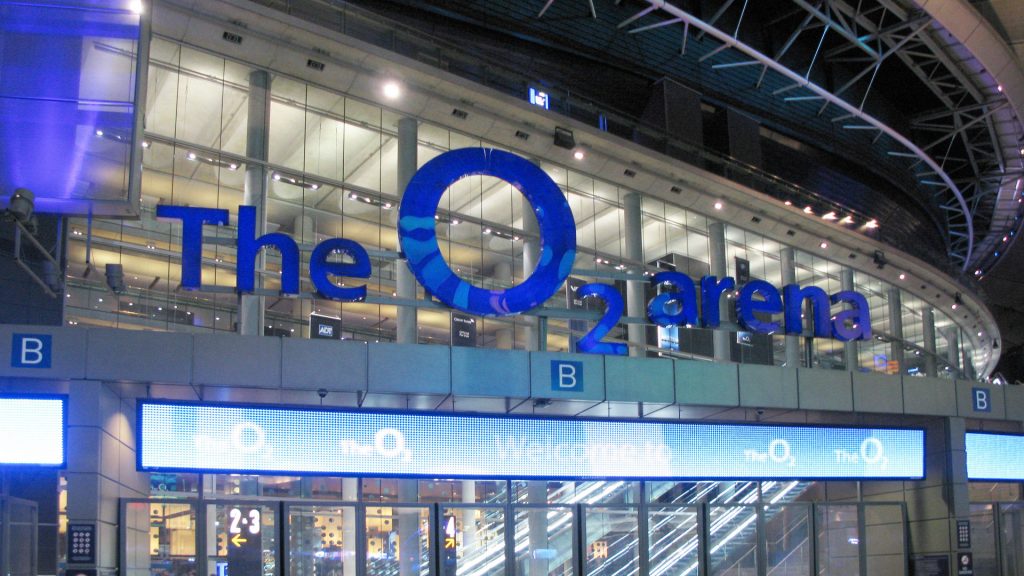 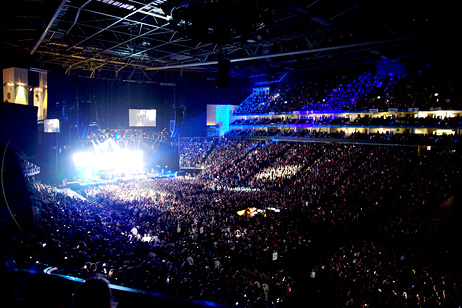 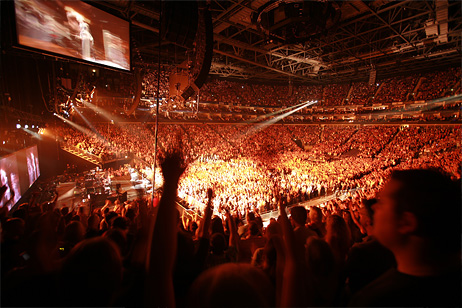 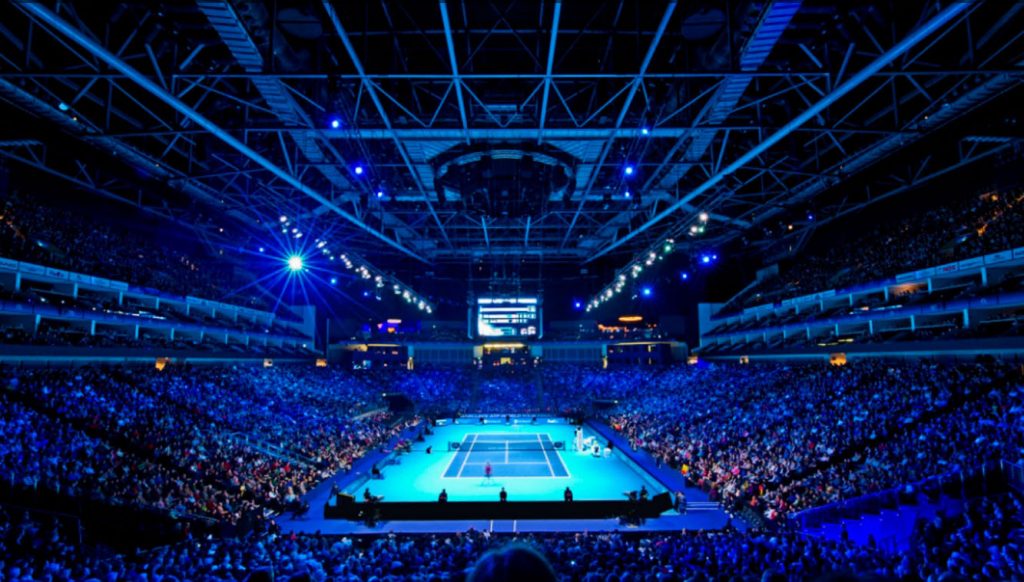