The meditation space was designed by Japanese architect Tadao Ando, to UNESCO headquarters in Paris in the year to celebrate the fiftieth anniversary of the institution.

The intention was to create a space where people from around the world, of all races and religions can pray for peace.

For the project were requested donation of 10,000 yen (about € 70.50 at the time) per person to individuals in Japan. It raised a total of 140,000,000 yen. In one corner of the room containing the names of all donors as thanks. Part of the funds reserved for the repair and maintenance of Noguchi of the Japanese garden where the meditation space Ando.

The space is on the UNESCO headquarters in Paris is near the Eiffel Tower.

The seat is a famous modern building designed by Marcel Breuer that owns works by Picasso, Giacometti and other artists inside and outside.

Among these works is a Japanese garden, which by then was in pretty bad shape, designed by Isamu Noguchi, a sculptor who was, by origin and spirit, both American and Japanese.

It chose a site next to the garden to create the space for prayer.
It was a difficult place: Ando had to create an autonomous area of prayer to express an idea in a convincing surrounded by buildings, work spaces and world-acclaimed artists who menguarían the importance of his work.

The book is basically a cylindrical space, a small and simple, in a courtyard. The concrete cylinder is six meters in diameter and height. Light enters this space for just a slit between the wall and the roof floating circular. The arrival to the cylinder is made through a gateway into the pond above the water, giving a sense of suspension.
On the ground and in the bottom of the pond are stones that have suffered the effects of the atomic bomb on Hiroshima.

This is an abstract space that suggests loneliness and spiritual freedom. Nature has a key role in this work. Ando used architecture as a mediator between the natural environment and man, and find the direct meeting between them. Light, water and air are essential to the idea of Ando, evoking the natural world.

It was built in concrete, Ando classic material in his creations, free and wall decorations, which reflects the idea of pure and simple. 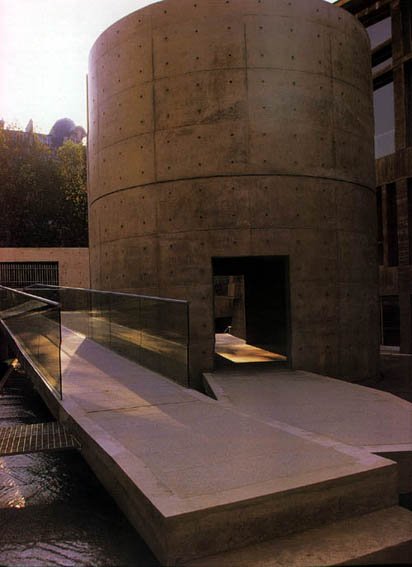 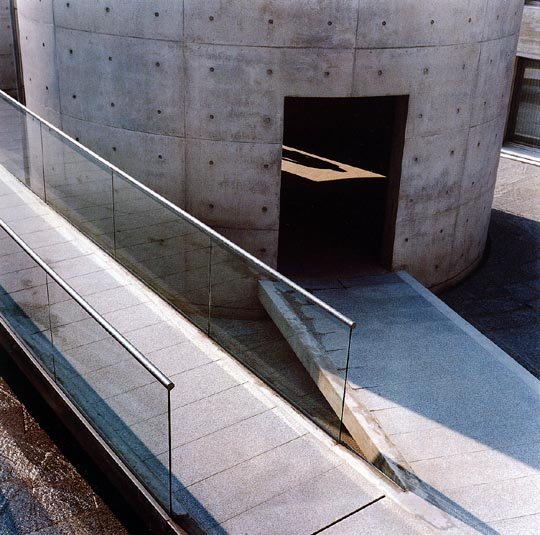 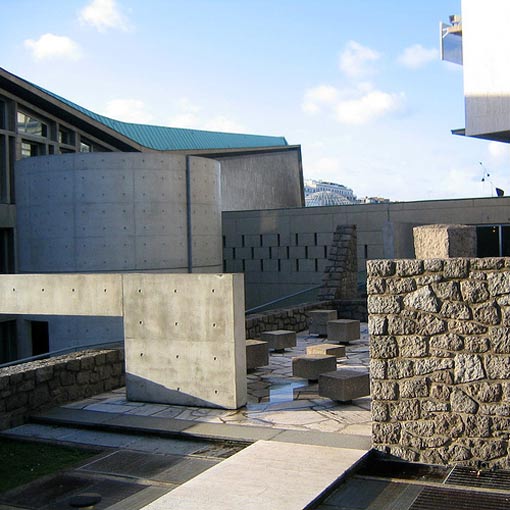 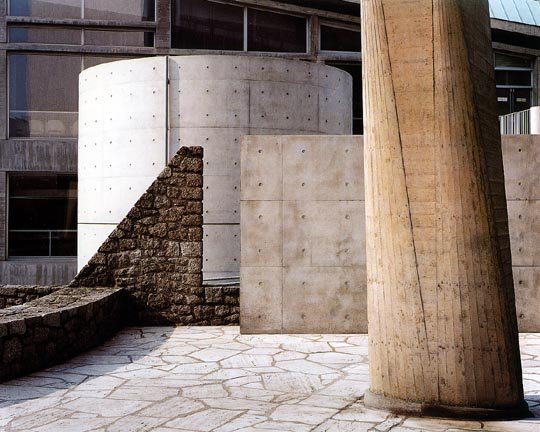 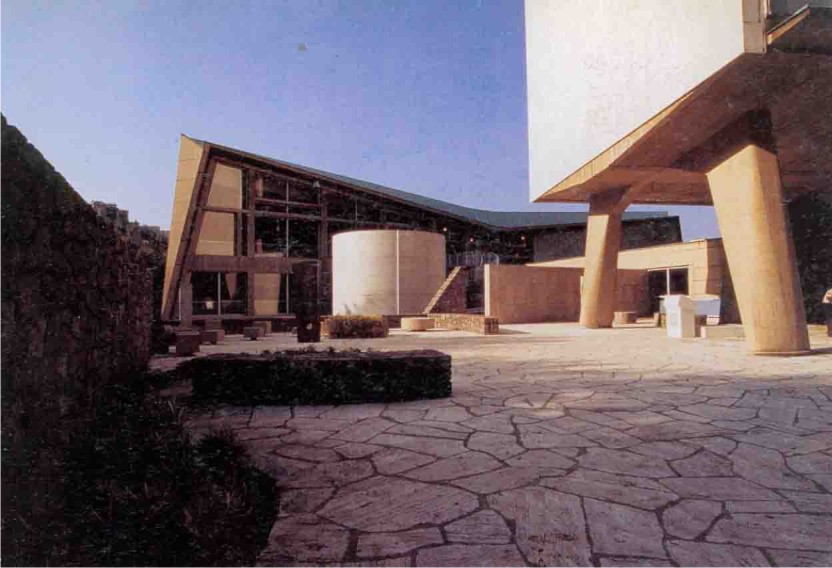 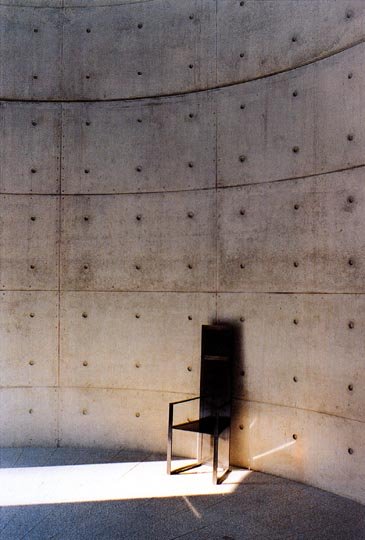 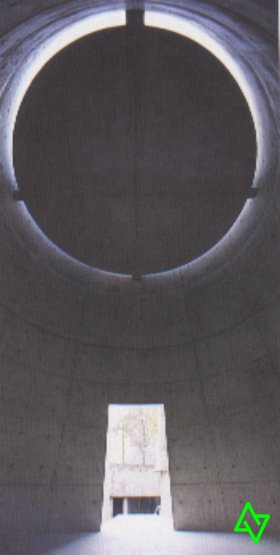 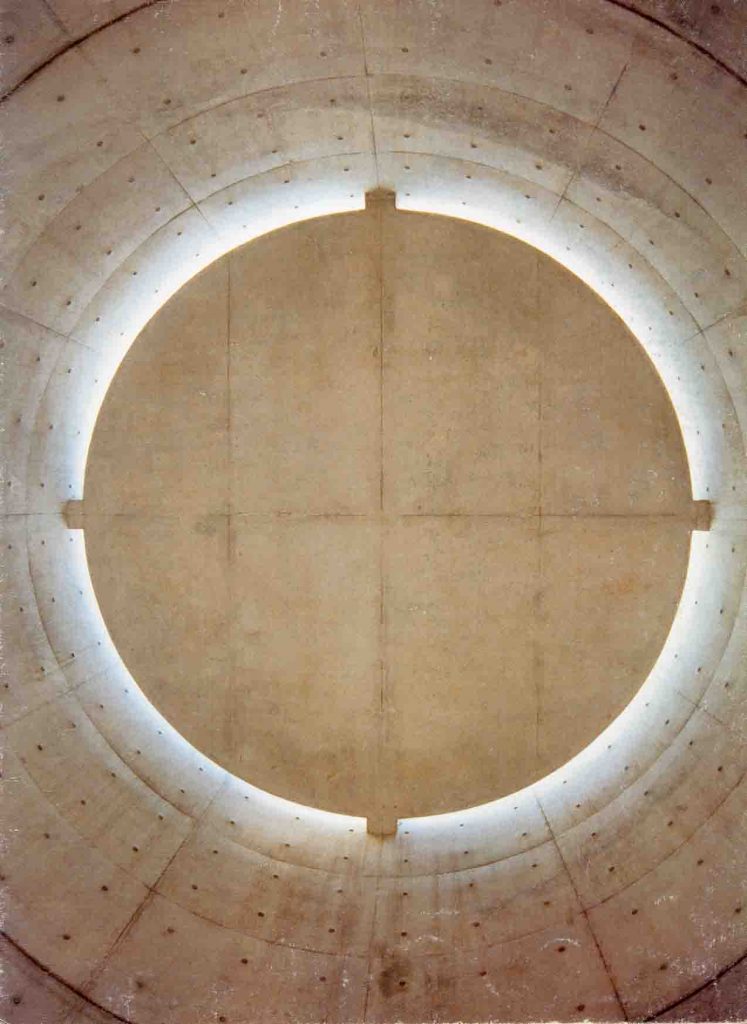 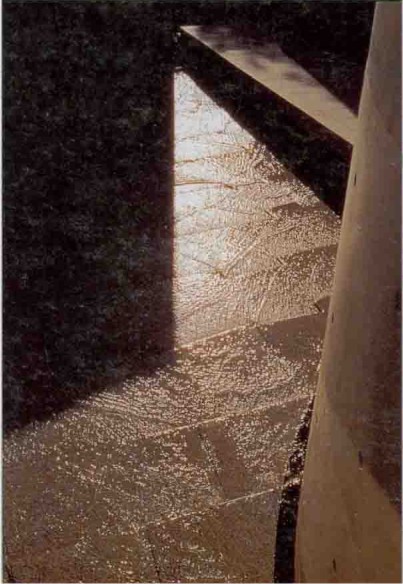