The chaotic daily life of the metropolitan region of Sao Paulo, has caused some years ago, the migration of its inhabitants part of the peripheral area in search of a better quality of life

In these new districts have been closed condominiums whose residents have in common the economic upturn that allows them to pay for living on islands protected by a strict security system. These are condominiums where families set up their private paradise, which always prevails in a house where the architectural elements indicate the social status achieved, with multiple roofs of water, balconies, windows of various styles, rustic brick and wood

In this place full of trees typical reforestation homogenous, the house Mariant, a box of concrete and glass, is considered a strange and annoying.

In the condominium Directorate of Adar, in the neighborhood Sierra Village, between the towns of Santana and Parnaíba of Barueri, state of Sao Paulo, Brazil.

An whose solarium rectangle is smaller than its negative, the mirror of water.

The overlap of two ladders leading to the terrace from the ground floor and first floor and occupy a position slightly displaced from the center of the house. This imbalance affecting the ends of the interior spaces, allowing the emergence of different areas to accommodate the habits of its people, rooms, toilets, kitchen and living room.

In the main facade features a large glass where there is a slope of grass truncated by the entry into the left corner, this imbalance is compensated at the top with a water tank supported in a column.

The sides for the rooms are more homogenous, but the effect of suspending the first is the dispute over the weight given to the second volume of fire services and facilities on the ground floor.

Thus, while the geometric abstraction governs the structural design, distortion of symmetry appears in the endings of the rest of the house.

Mariant the house is a box of concrete and glass embedded in a lot of 20mts x 40 meters on the outskirts of Sao Paulo. It is formed by the overlap of two two-way slabs of 16.20 meters square and recoverable with coffered 90 X 90 cm. Suspended from the ground by four strong pillars of 45 cm square. sideways, which are far from each other in orthogonal 9.90 meters.

On the cover, the mirror of water that waterproofing the slab is contained by walls of concrete.

The geometric repetition, with a risk of becoming obsessive, is subtly contradicted by a series of decisions dissonant, which regulate the use and visual. 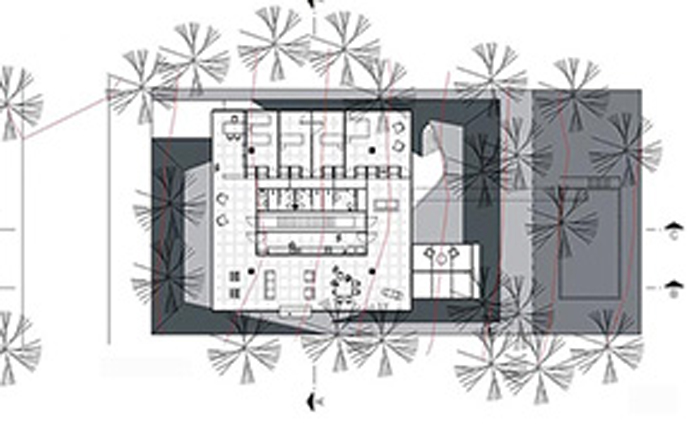 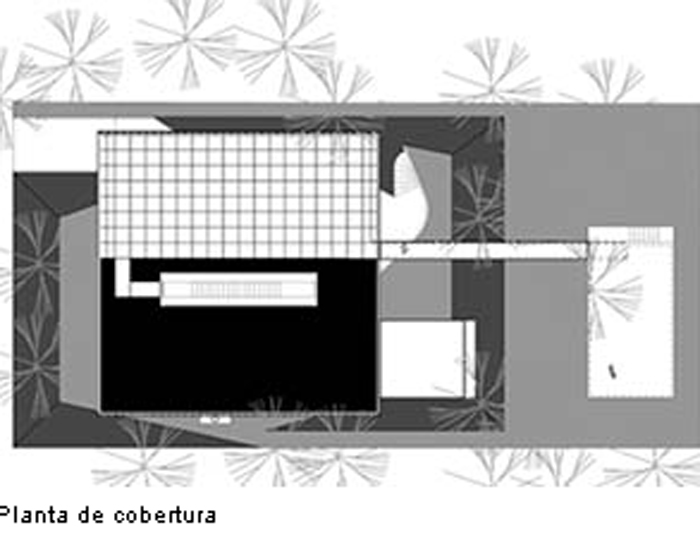 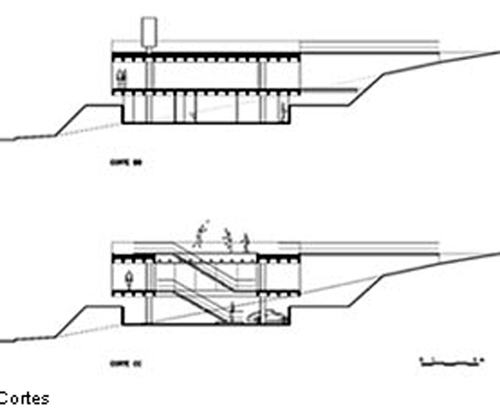 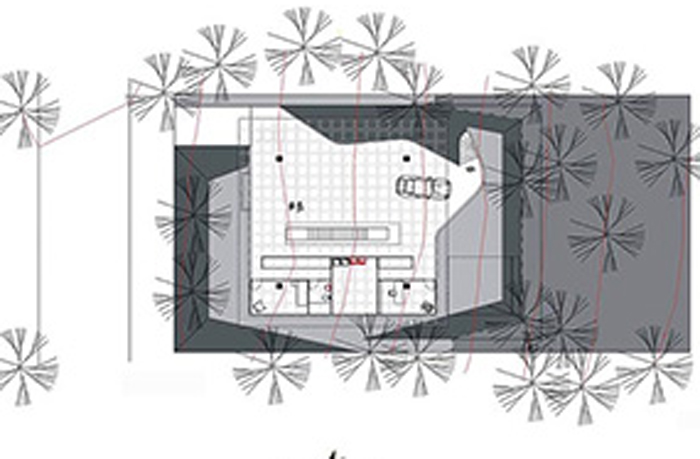 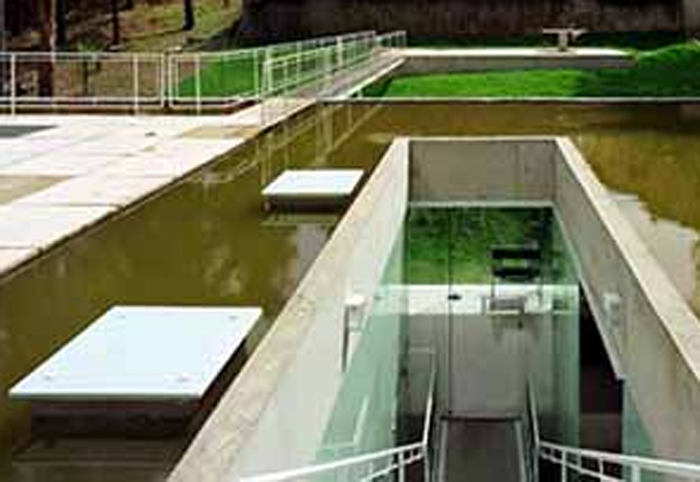 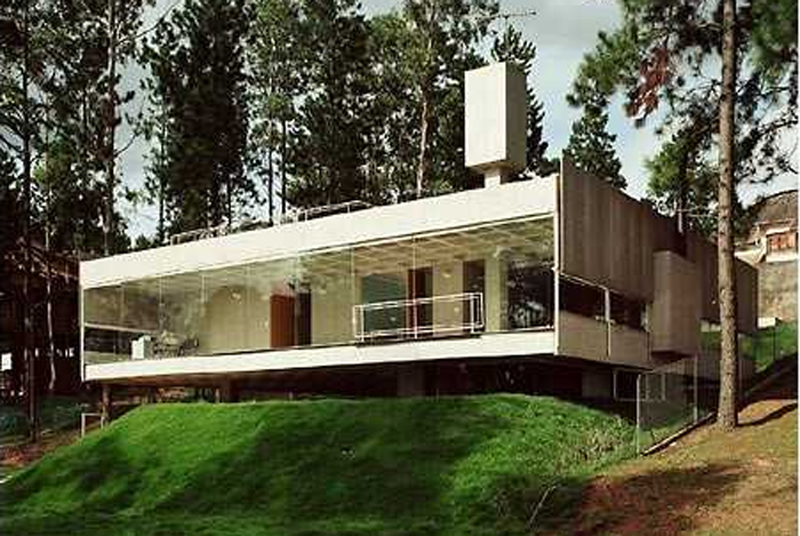 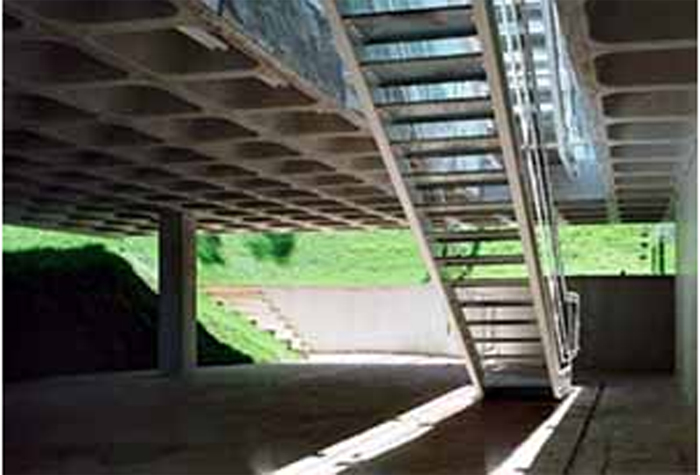 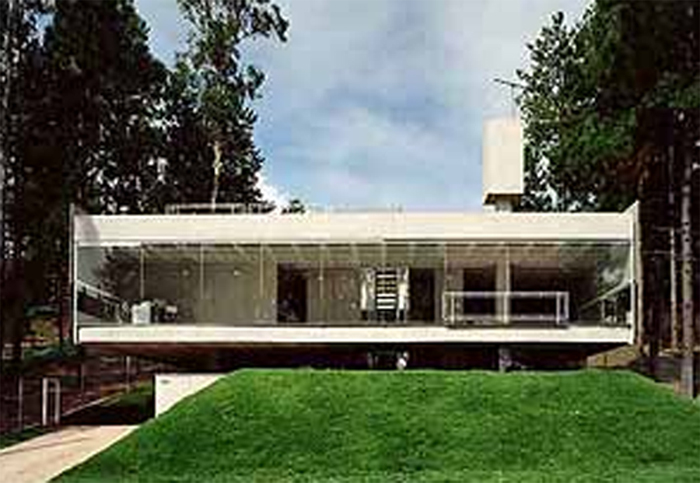 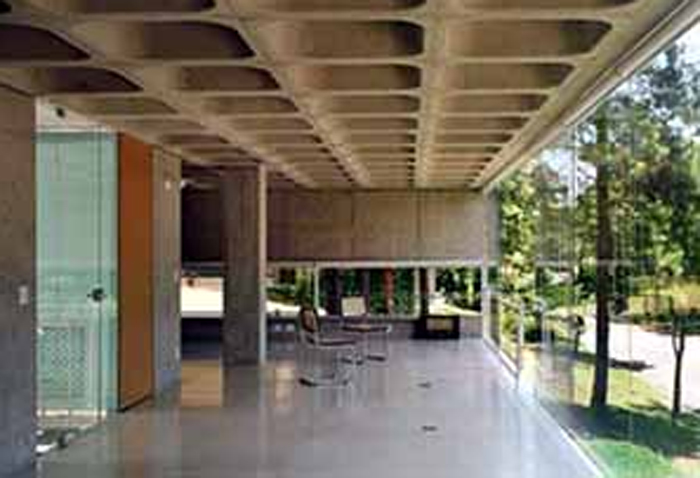