The school Wonders of the Christian Brothers took the top of this hillside located in Madrid. Entered the 60s came the need to expand the school and the gym, charging Alejandro de la Sota performing the work. The architect went on deck to expand the schoolyard and emptied the hillside to create the new sports gym while endowed the school with new classrooms, resolving the request from a special project that brings structure, location, function, light and materiality.

“The building of the year 62, was born this way. Concerned with urban problems, bad use of solar, economic, gave no room for concerns about a specific architecture, so it lacks any of them. Perhaps it is another, perhaps. Would explain the controversy: yes Architecture, Building no. Set the volume of the gymnasium itself at the proper height, are added to the program by architect basement, classes (indoor gym) and terrace (playground) at the height of the College. By choosing the appropriate structure are achieved inside the gym and classes, architectural effects.. ”

“The Wonders gym is already 22 years. I do not know why I did well but what I do know is that I did not dislike. Do not think the architecture is a way to do it and all those who do not will have done more for her than that learned, the still do. Then a problem was solved and still works and nobody seems missing is not the architecture. ”

The land on which it stood in Fitness Wonder, is located on Calle Joaquin Costa n º 21, in Madrid’s Chamartín district.

The steep slope of the lot, facing south, forcing the construction of retaining walls staggered mass. The difference in height between the bottom of the street facade and the yard is 12 meters higher.

He tried to get an atmosphere full of humanity, coldly neutralizer gymnastics, get that environment was the primary architectural concern.

The gym has two entrances, one below, from the street and other than from the patio.

In the basement were located at the locker room of the gym, pool and the practice field hockey skates.

Court for practicing different games and dependencies for gym teachers.

Sections of the gym

Event. Events are held ranging from alumni meetings to more specific like psychotecnia.

On this floor is located the Museum of Natural and Physical Sciences, conference rooms, games, music and reading.

It will play games outdoors and is a continuation of an existing above.

The outdoor miradors return to large scale urban wall. It delivers all the fence of the yard, playing with the set and also facade.

Structure is concrete in basements, iron on the rest of the sports. De la Sota designed a simple structural scheme. He located a pillar in the front and one near the spot where the beam triangulated support a great song, with higher cord straight and curved bottom.

In the room, eight pillars separate meters to six meters, a beam supporting reticular “bridge type” of 20 meters long. Under this light beam that saves necessary with resulting internal space, the gym is located, which leverages as high end to place on the north and one in the southern tier of natural light.

Forged metal beams and Virotem, absorb noise. The lower line is triangulated beams used as floor of the upper floors and roof of the gym, so that the soil is inclined to the board, forming a classroom-auditorium.

Inside the gym, along the profile face to the earth, in the narrow space between it and the line of pillars, the stands have been placed on a small platform, on the opposite side, below the line of the pillars with the edge of the road, the building volume envelope is defined as the supporting structure applied through two superimposed strips: the plane wall interrupted by a brick strips in the bottom and a succession of glazed surfaces in different above.

These neutralize the coldness of this type of construction using hot materials, both in texture and color.

In the courts placed wooden sprung floor, which provides warmth to the interior of the enclosure.

On the facade using different materials like brick combined with large windows and skylights, metal frames which were painted in dark gray. In this set of drawings and textures also plays an important role the lightness of the wire mesh disposed between uprights light tube, which, as the limit of the school playground that becomes the roof, the flat tops superiorly.

Retaining walls mandatory due to uneven terrain is made of reinforced concrete, as the structure of the basement.

The gym is metal structure and bridge beams, trusses are inverted sawtooth. 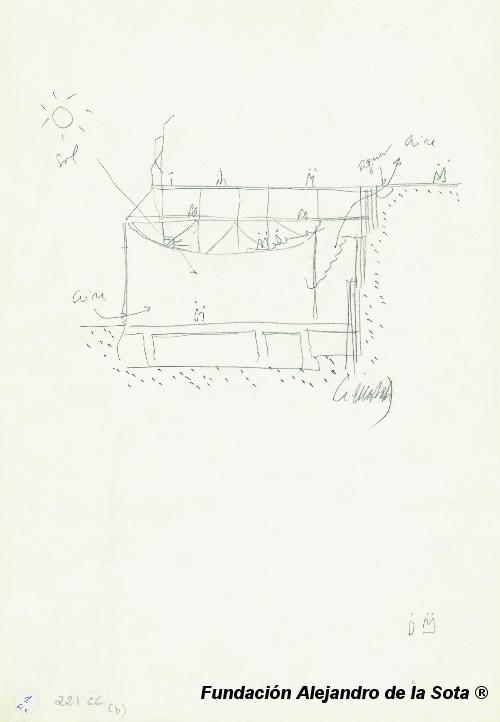 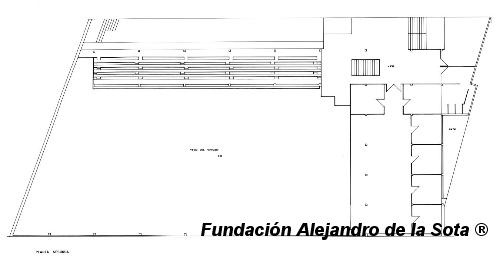 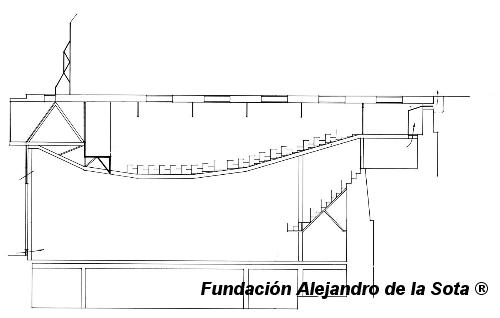 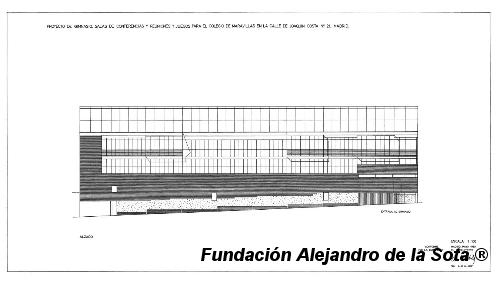 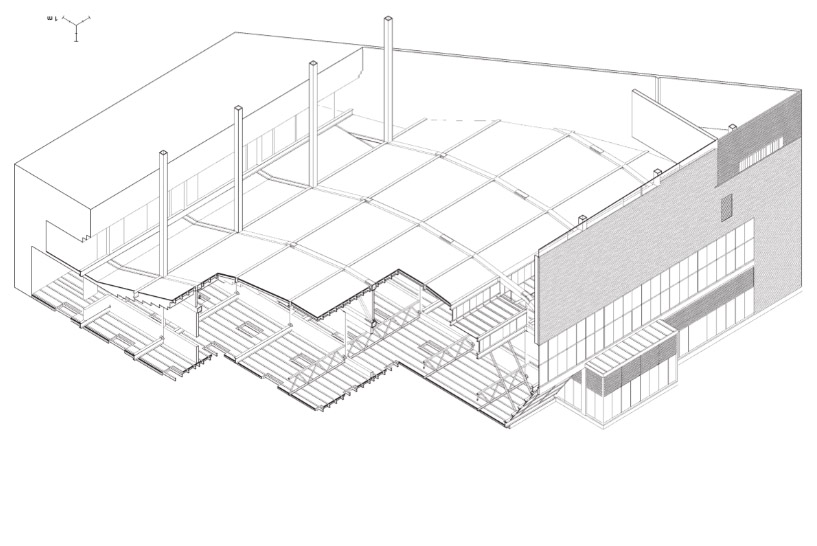 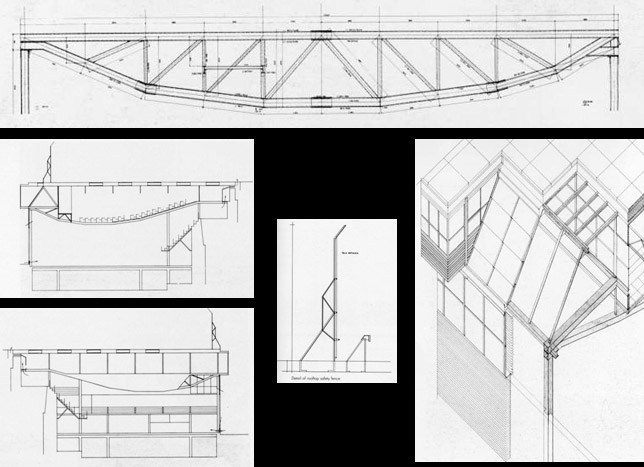 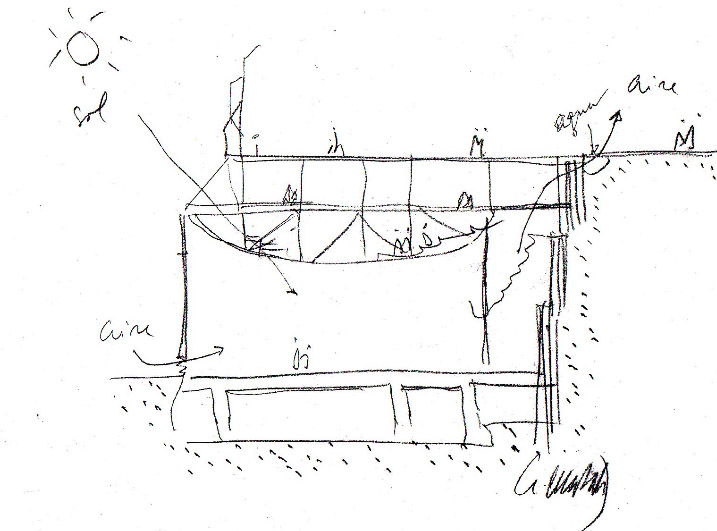 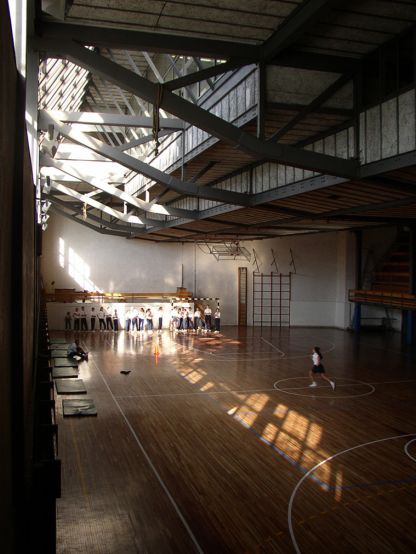 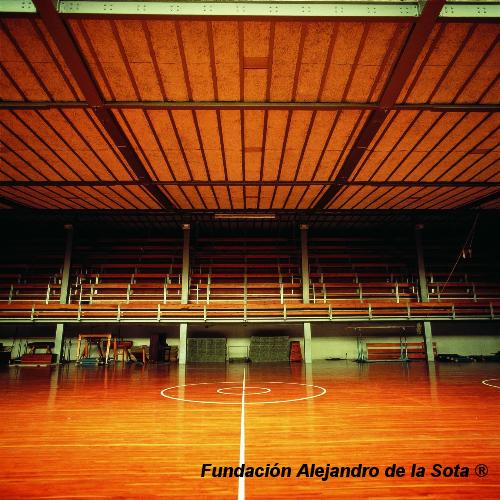 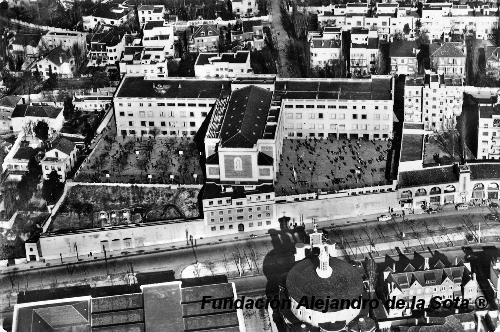 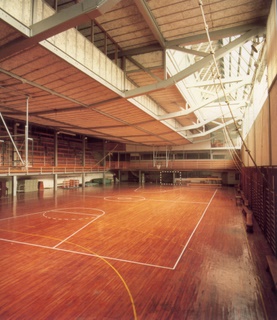 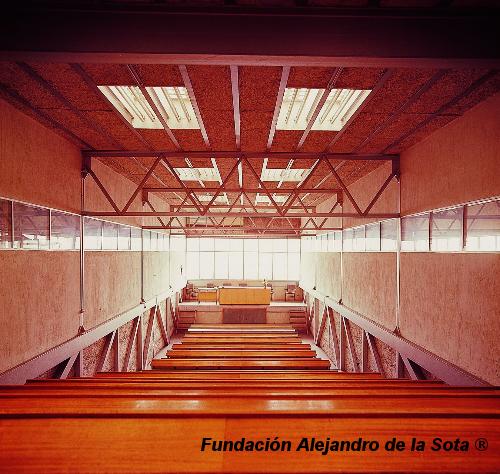 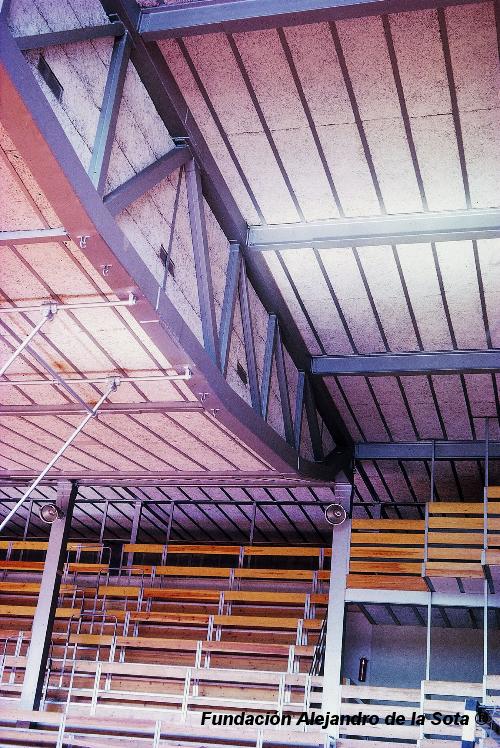 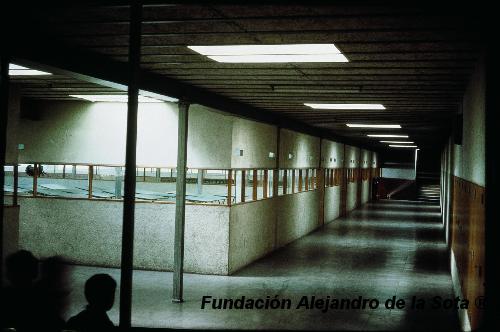 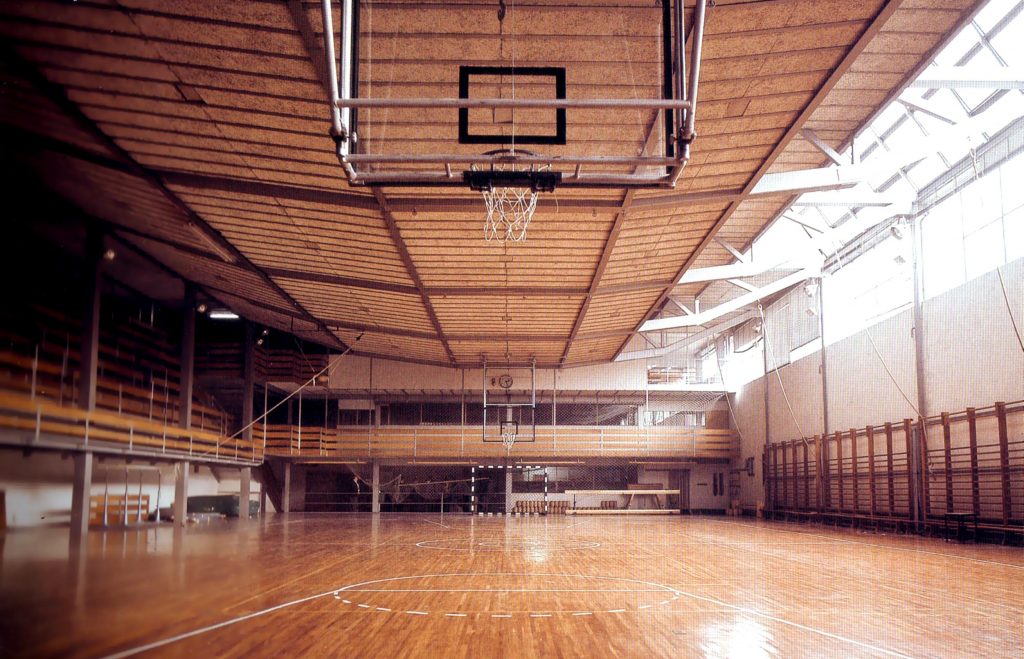 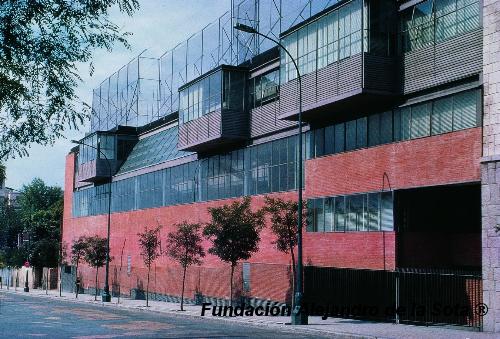 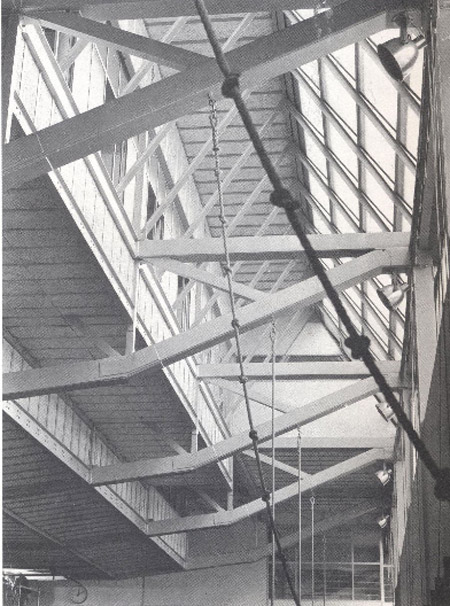 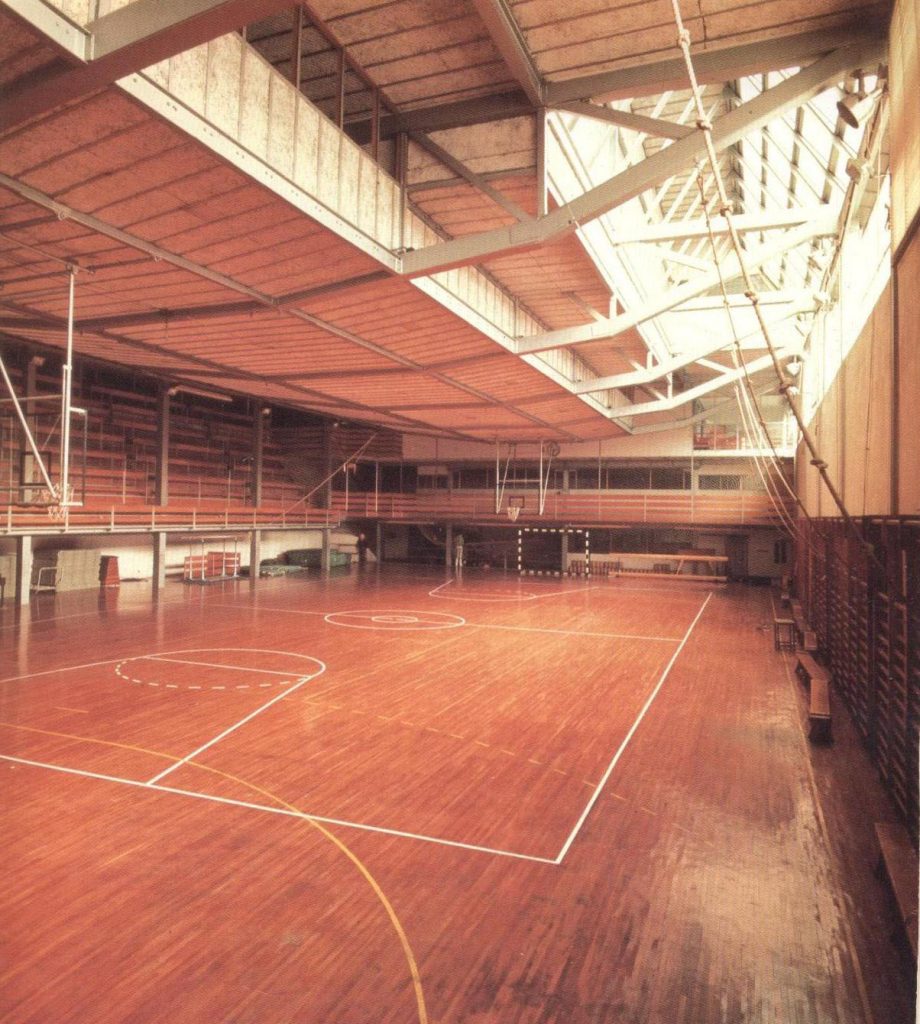 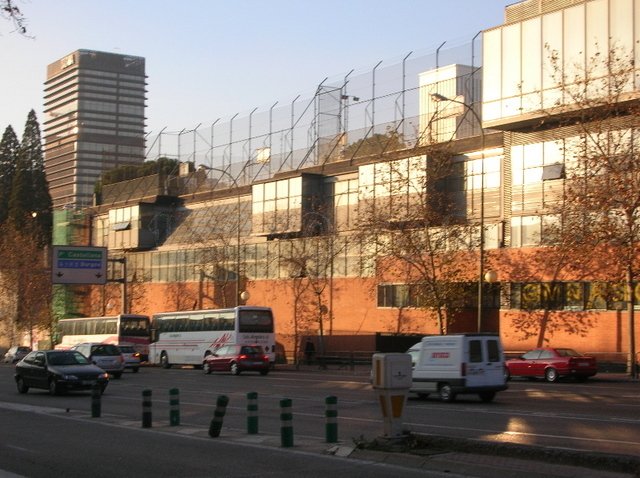