Malmö Konsthall, opened in 1975, is one of the largest European showrooms of contemporary art. The architect Klas Anshelm has created an exhibition with great flexibility, generous space and fantastic light. Malmö Konsthall organizes exhibitions with an international focus that encompasses both classic modern art and experimental movements today.

Built between 1971-1974, the Malmö Art Gallery is the last great work of the architect, a place where the quality of light, the control unit scale and materials are the characteristics of the exhibition space, enabling flexibility no traces of its “author”, in counterpoint to many other architects who seem to forget the purpose for which they were designed buildings.

Malmö Konsthall was awarded the Kasper Salin-prize for best architecture in 1974 by the Swedish Association of Architects. This annual award to Swedish or projects under construction “high architectural level” buildings is given. It is considered the most prestigious architecture prize for Sweden.

The art gallery is located at Malmö Konsthall S: t Johannesgatan 7 Box 17127, SE-200 10 Malmö province of Skane, Sweden. Malmö is the third largest city in Sweden, turned into a tourist place that offers great museums that have earned him the name “city of museums”.

For the construction of this space Anshelm was inspired by the Parisian studio of Constantin Brancusi, during his visit to the sculptor. The result is a gallery both functional and aesthetic time. An exhibition space featuring the artist endless possibilities.

Noting photographs by Brancusi in his studio, features implemented in the draft Anshelm recognized. The proportions of the studio of the sculptor have been repeated, albeit on a much larger scale. You can also find the same ceiling, very tall and large windows to the north.

The architect held the view that, since most artworks are created in very basic rooms, studios or crude factories, they should be displayed in similar and equally simple spaces. One of his most commendable achievements in the gallery is that it has managed to create a studio or workshop, despite its size, has retained a human scale.
Anshelm faint complexities introduced that allow a rich range of stays within this simple enclosure. These guys are not just spatial concepts schematic, layout of the building extends and is supported by an intensity of material that is equally subtle and carefully chosen.

The building, built with precise technology, but unsophisticated design consists of one level, virtually transparent and illuminated by focused mainly north square skylights.

The ceiling height varies within the room, and consists basically of 550 skylights, getting a big “well of light” on the top thereof, by a large skylight sloped to receive light from the north. The development of form and the best technique to build it were an important part of the project. Many studies and large models before quedase architect with the results is needed.
Only the outer walls are solid, which enables the Malmö Konsthall develop a new interior configuration for each exposure.

The semi-open plan is covered by three types of ceiling establishing a superposition of spatial fields that provide various attributes to the room, despite not being divided with walls.

The first of these roofs is a neutral lattice of tiny lights. This network is fine enough to ensure that instead of causing a visual connection to the ceiling, numerous domes undermine the essence of the large-scale structural fill the inside with a bright, uniform light.

The second roof is dominated by a monumental volume and tone glass, facing the north side, serving almost like a dome to the entire surface of the gallery. This large window facing the sky and the window frame and a strip of nineteenth-century buildings located across the street, which strongly affect the character of the space beneath time.

The last territory consists of a type space arcade that runs parallel to the long window that goes from floor to ceiling, on the west side of the building. The soffit of this space is flat, allowing the vision, as if from another work of art it were, trees and wide outside lane, thus introducing the park in the gallery while allowing that through this “window “The gallery is projected toward the city.

Construction materials are lightweight and simple: it is a concrete box with ceilings and wooden floors. Have also been used glass and aluminum. Most of the gallery has a ceiling built as a lattice of 550 domes, with both light sources, natural and artificial.

The floors are simple and spruce with nails in sight, like roofs. In some cases the timber is painted white or dyed, brushed other and only the floorboards.

The construction details are unsophisticated, featuring a blind enclosure concrete walls, where you can see traces of the splint of wood used in its formwork, with metalwork on his forehead.

In 1994 the hall was renovated, incorporating the old building adjacent brick, known as Hantverkshuset (the Artisan Building). This restructuring created new spaces, a library, a restaurant, Room C, a space for children’s activities and a small showroom called Mellanrummet (space in between) 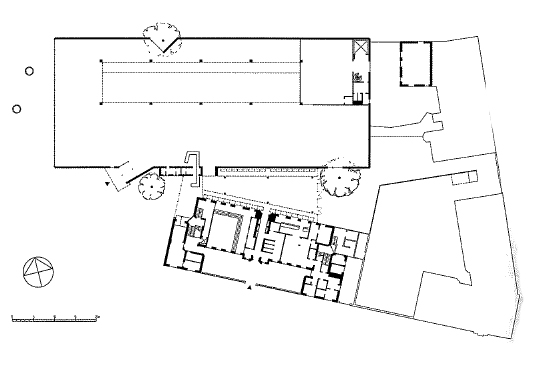 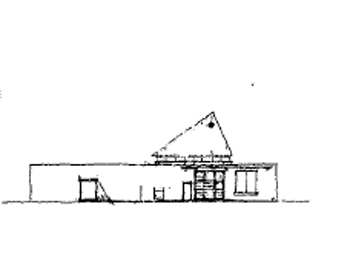 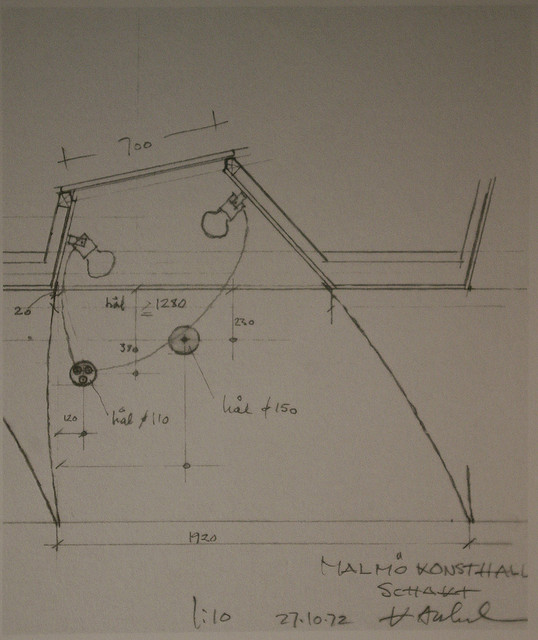 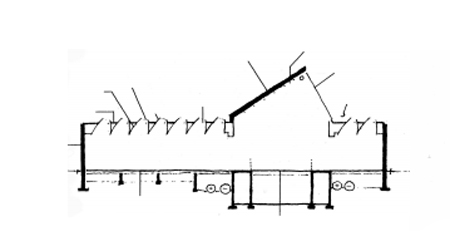 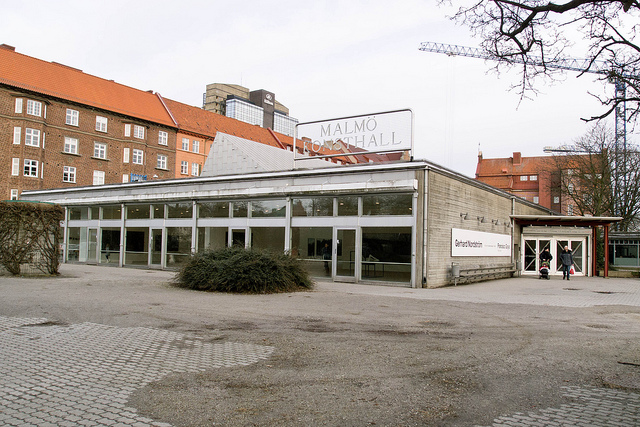 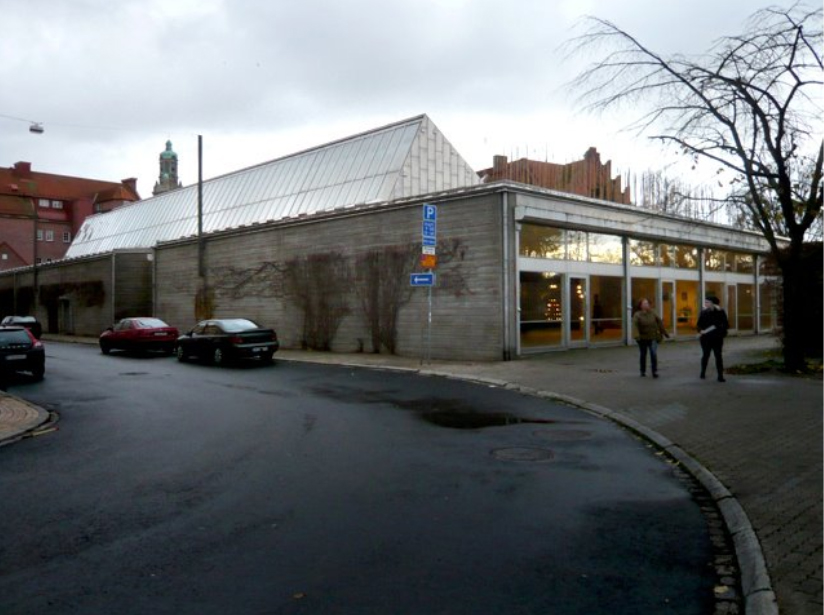 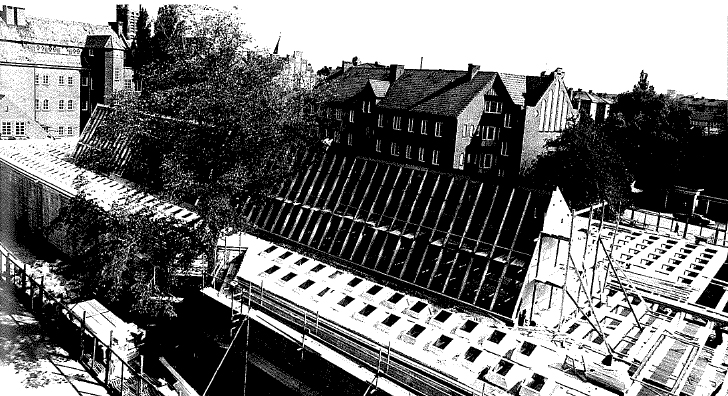 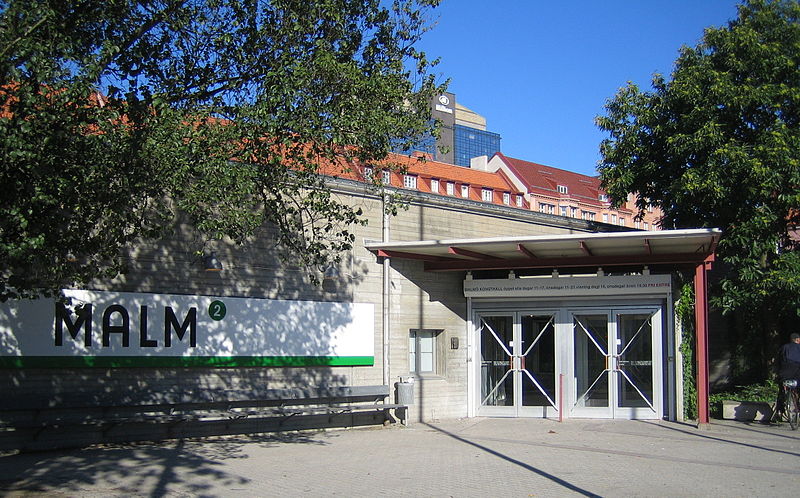 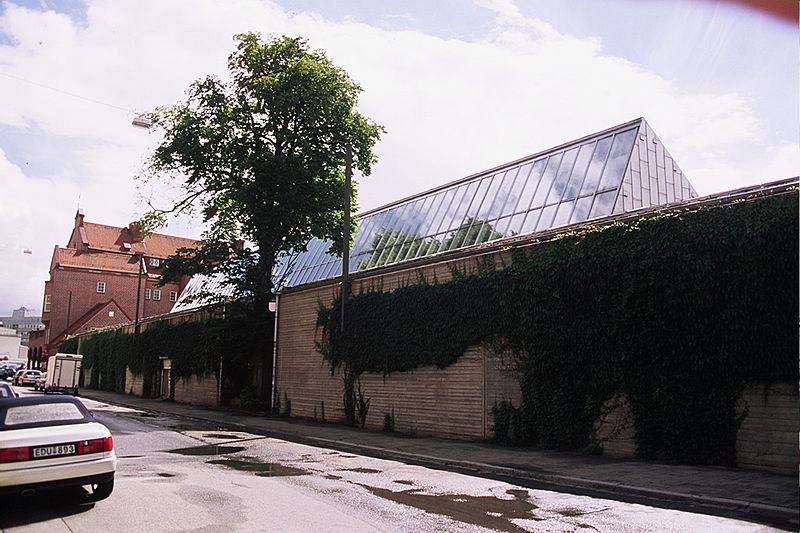 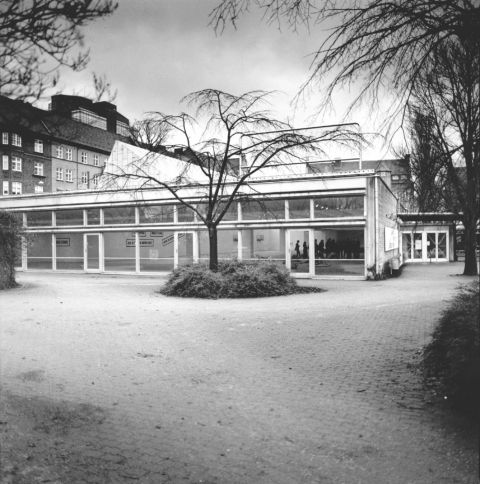 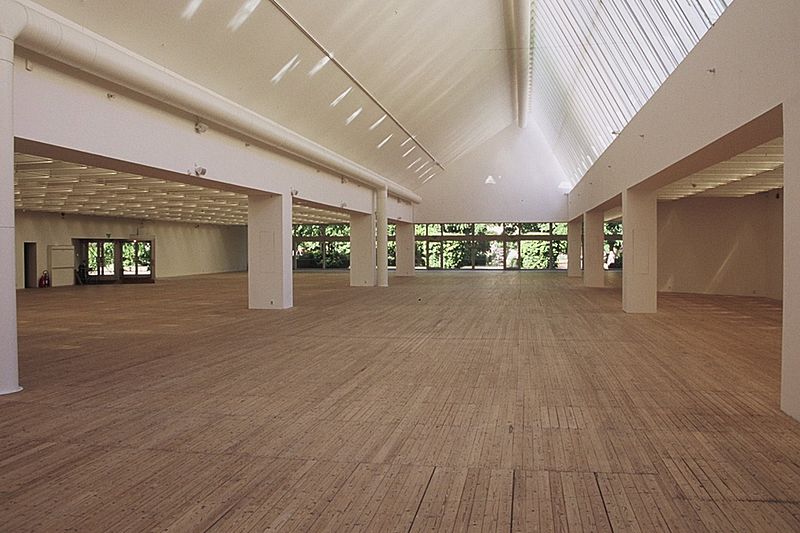 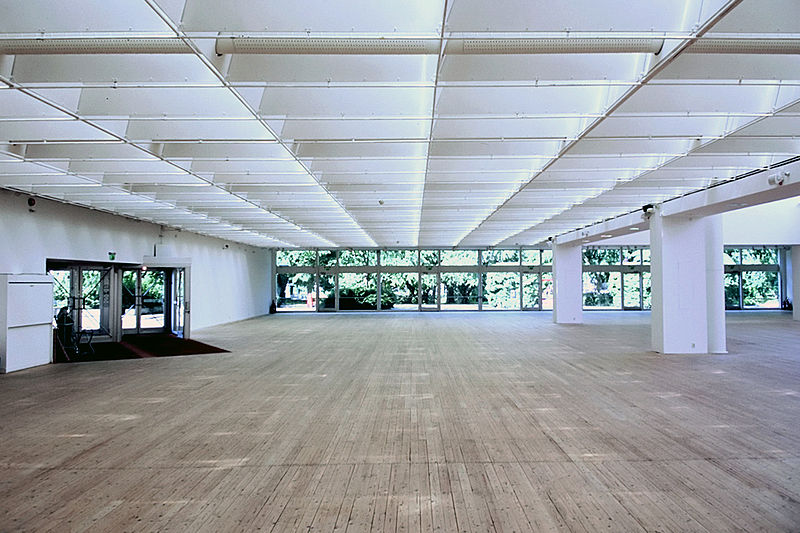 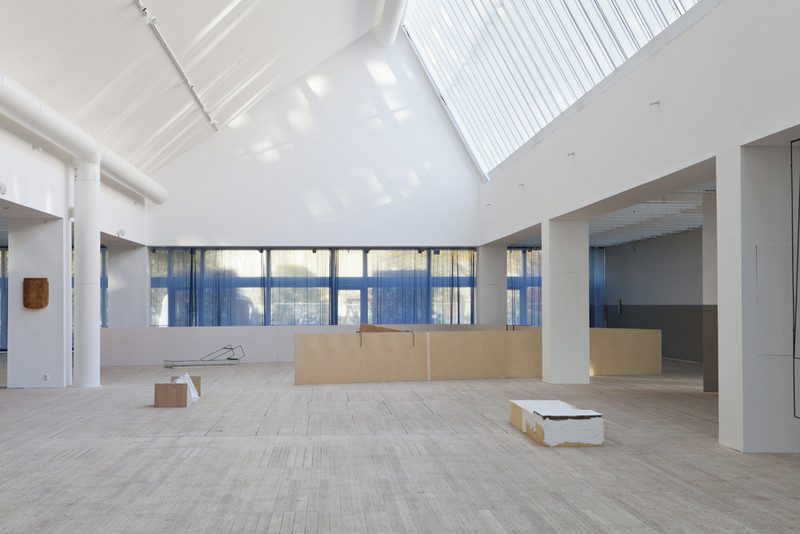 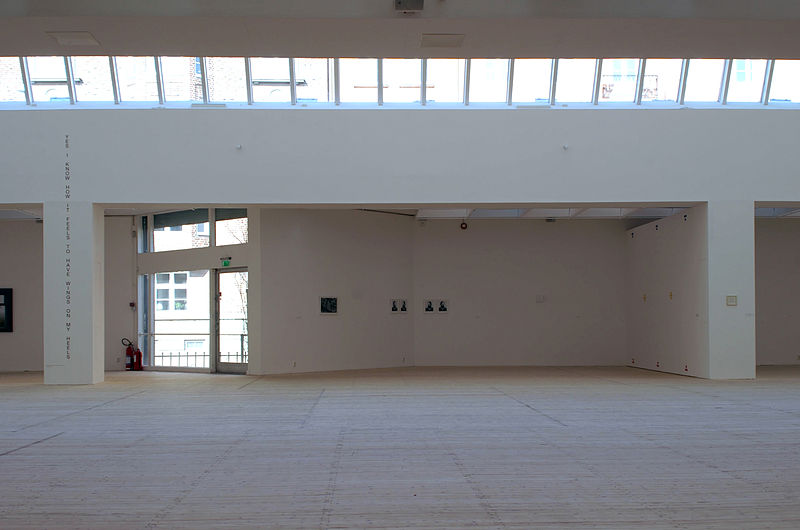 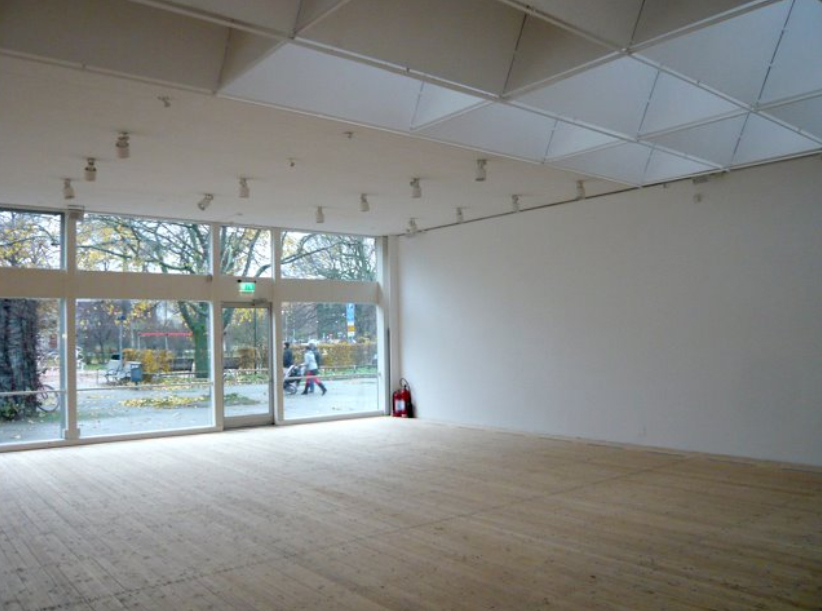 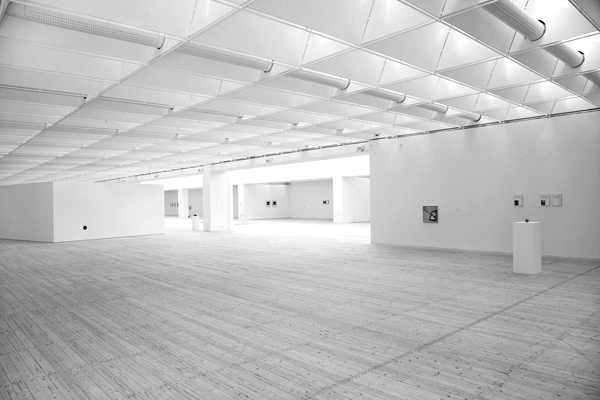 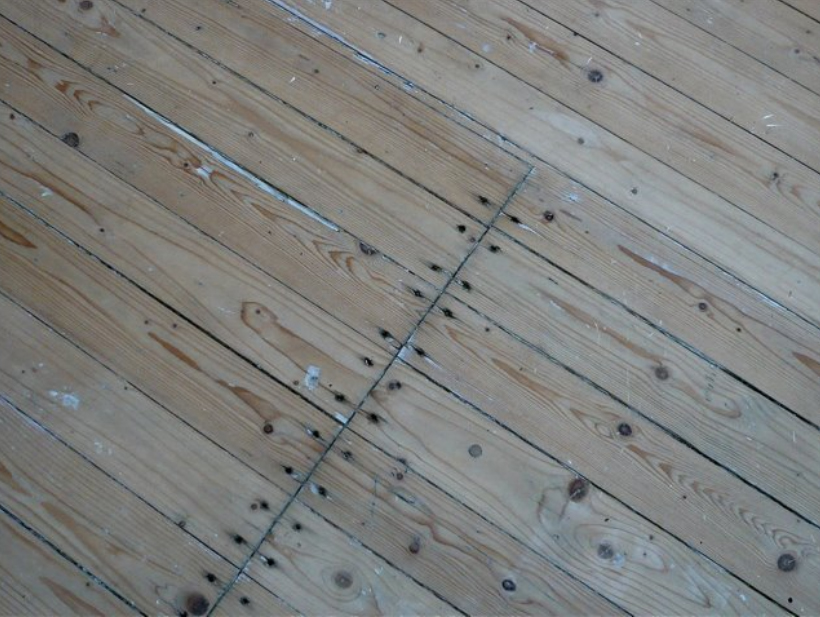 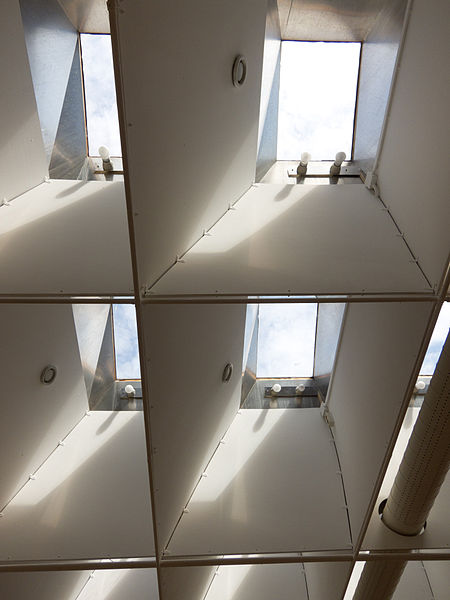 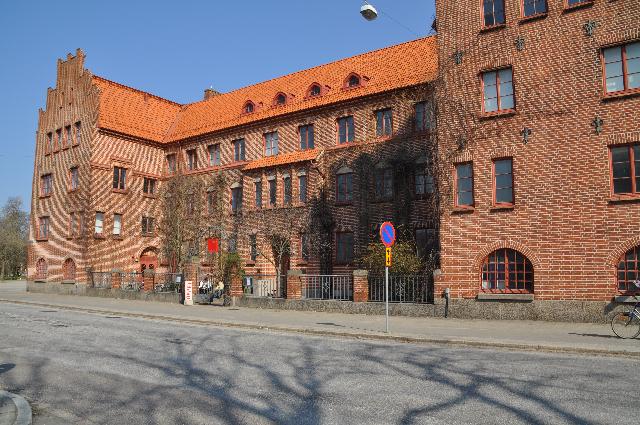 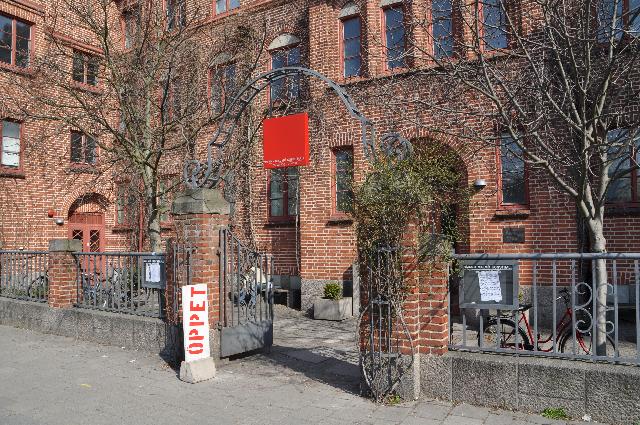