M-House is an urban, single, developed on two floors for a couple without children. The requirements were: a master bedroom, future nursery, two bathrooms, a study for women and one for the husband, one quarter Japanese (or guest room), lounge, study, kitchen and garage for two cars. Finally, where possible, a large space for events.

The house is located in the Shibuya district, the center of Tokyo, whose immediate environment is big houses high socioeconomic level. During recent years, the density of the area increased due to the subdivision of land, whose resulting surface is about 200 m2 each.

The public façade of the residence is oriented towards the south. The fronts of the houses nearby in this same situation, show large openings with high protection and / or enclosures which are always low. Therefore, the profile of the street no major exterior design situations due to the need for privacy to those areas directly related to the street.

The challenge for the architects was to incorporate the outside to the inside of the house – apparently rejected by the other residents – and at the same time, maximize the useful space of the site according to specific customer requirements mentioned above.

That is why one of the most important strategies of the project is the total excavation of the ground at about a level of height, so that the resulting surface area is required by the client with minimal visual impact abroad.

Also, the addition of three strips of empty / patios, play the role of mainstream enough natural lighting, ventilation and closer to outer space, while providing the necessary independence to certain sectors of housing.

The play takes place on two levels: at the top, which corresponds to the level of access, are located the main bedroom, garage, guest room and other spaces, strongly independent, how to volumetrically longitudinal boxes can be seen in plant, an organization determined by a sequence of slots to fill and empty. Meanwhile, the lower level is a large open space formed by the dining rooms, studies and circular, internal divisions, but few interconnected by an inner courtyard.

Thus by this provision is perceived spatial continuity in areas of public and private spaces needed for those more private.

Continuing with the perception of open spaces and nice in a relatively small area requirements for area and volume of housing, it is interesting to note the decision to release the lower floor of columns or other vertical structural members that support the upper floor, through the use of steel beams that run the depth of field, to support the effort of “boxes” of the master bedroom, garage and guest room, as if they were bridges, whose supports are at the ends of the site.

From the use corrugated sheet metal, plain and perforated in the main facade, to glass and other materials, transparent and opaque inside the house, confirm the necessity of expressing the ideas of independence and openness. 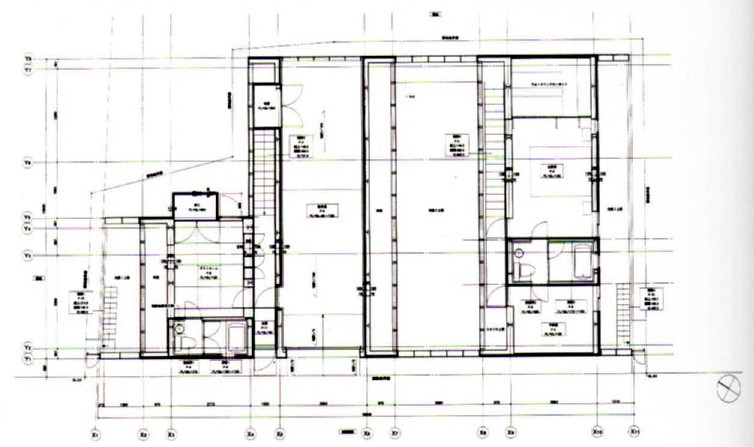 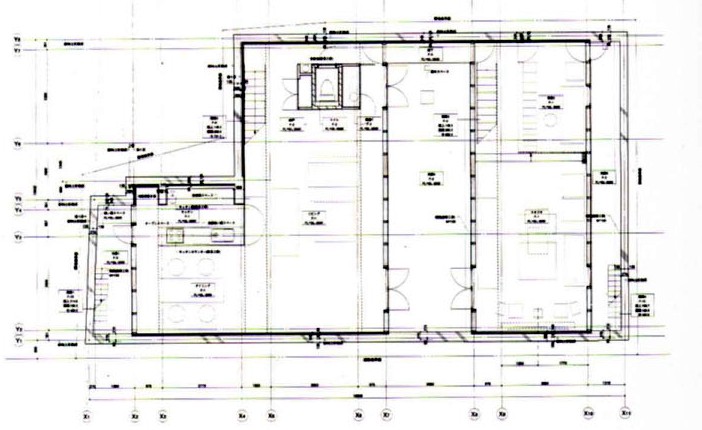 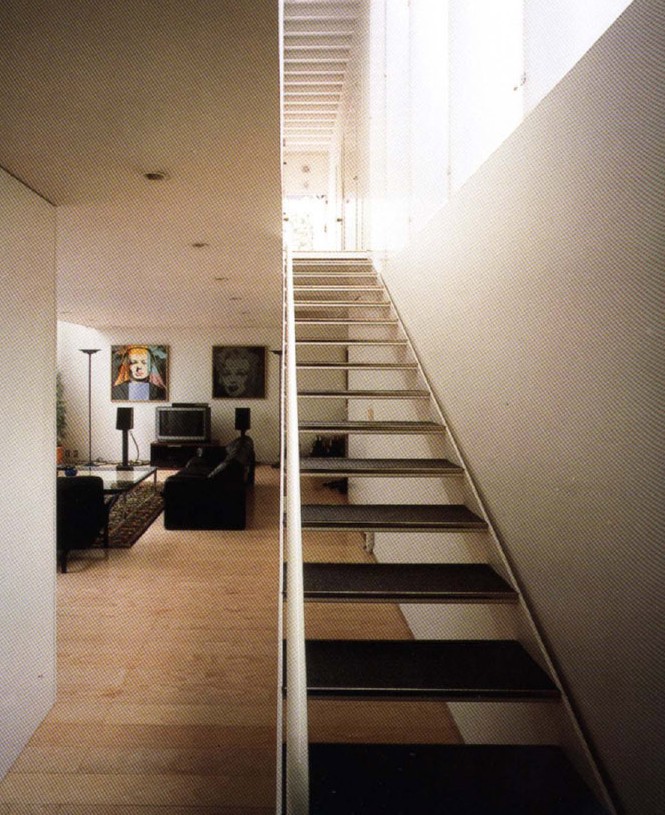 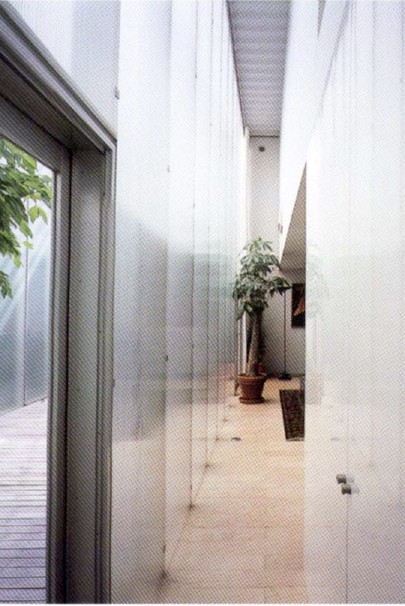 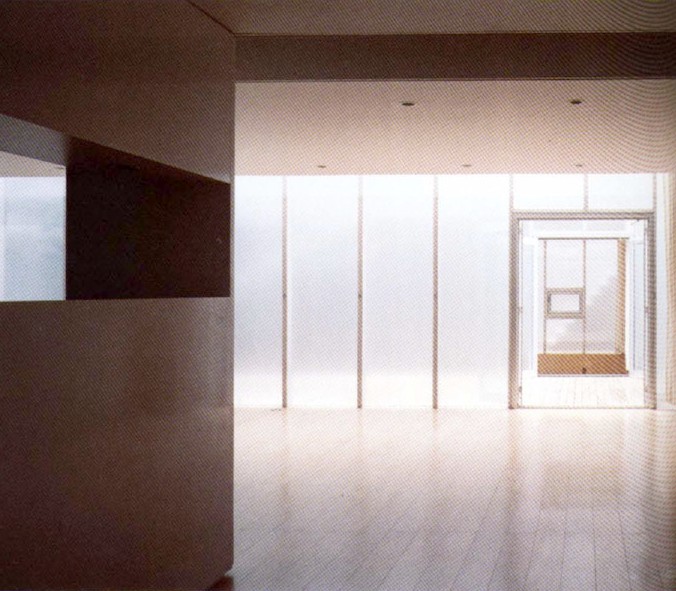 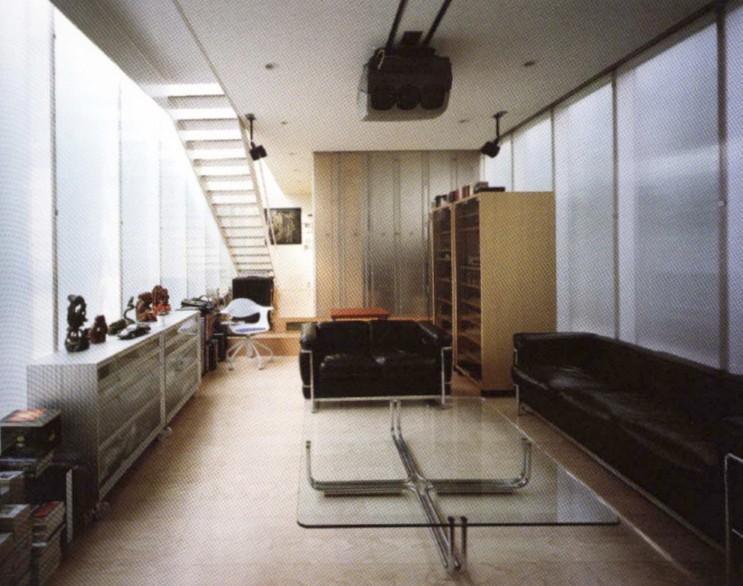 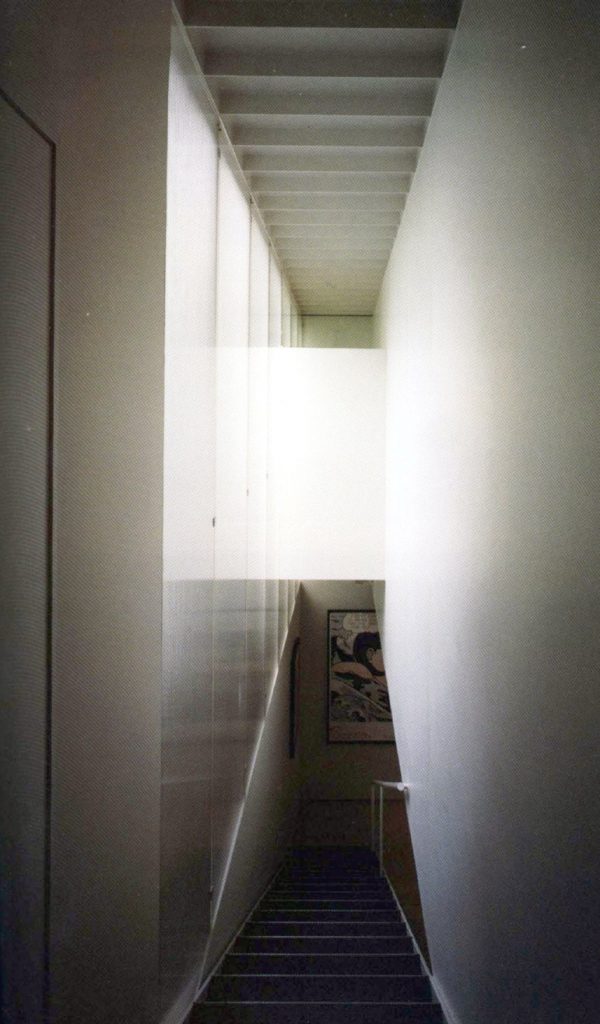 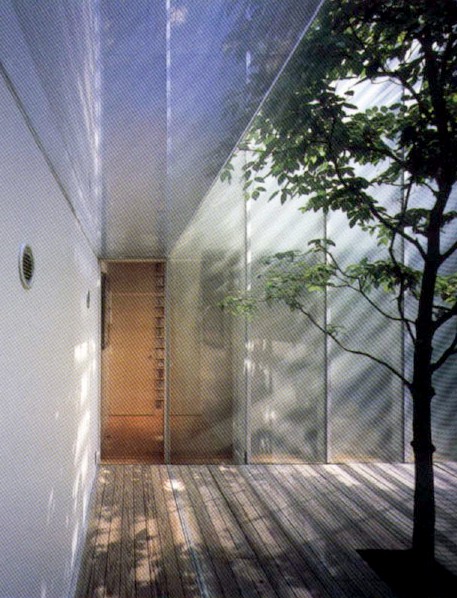 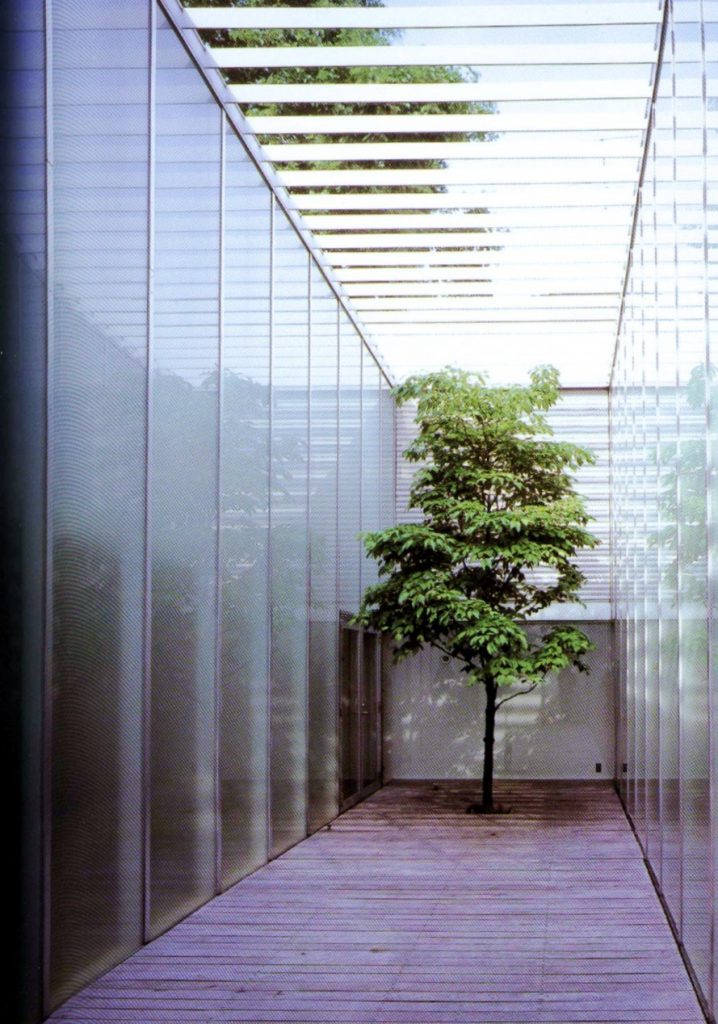