The Louvre Museum, National Museum of French art, is one of the most important museums in the world.

The creation of the Louvre meant, in the history of museums, the transition from private collections to the public for the enjoyment of the whole society.

With one of the greatest collections representative, is undoubtedly the most visited art museum in the world.

The Louvre Museum is located on the right bank of the Seine in Paris. The building that houses it, the Palais du Louvre (until 1682 residence of the kings of France) is one of the largest palaces in the world and occupies the site erected a fortress of the thirteenth century.

The huge complex covers an area of 19 hectares.

The building itself is a sign of the evolution of architecture and taste collector in France. Palais du Louvre was built on the site of a castle from the Middle Ages, which kept the foundations and the moat. This building was based on one of the largest royal palaces across Europe in 1527, Francis I, King of France and great patron of the arts, commissioned the architect Pierre Lescot a courtly residence next to the heart of the Cité in Paris. The taste of the monarch is in favor of the Italian Renaissance style Lescot employed to perform a classical building organized around a square courtyard, the Cour Carré. Within this first phase of construction we have to mention two other important interventions. The first was conducted by the successor of Francis I, Henry II, the second for his widow, Catherine de Medici, who in 1564 commissioned Philibert de l’Orme construction of a second royal residence west of the Louvre in the gardens of the Tuileries. This construction is the first expansion of the Louvre since it joined in 1595 the two residences.

A second round of renovations for the seventeenth century, during which there were alternately abandonment of residence, which became a market full of shacks attached to the walls, and the restoration of the facade ordered by Louis XIV. These works are what make the current aesthetics of the building, subject to strict French Baroque. The architects were Claude Perrault, author of the project and doctor of medicine, Le Vau and Le Brun. The intervention took place between the years 1667 and 1670.

The latest historical work took place in 1800, and the reign of Napoleon Bonaparte boost staff. Built the great triumphal arch in front of the facade, called the Arc du Carrousel, also carried out various tasks of restoration and construction wing of the Seine, the architects responsible Percier and Fontaine. The works of remataría Napoleon III, nephew of the emperor, with the north side in parallel to the Seine, which gives the whole symmetry.

In 1981, as part of a vast project that would last until 1997 (Le Grand Louvre), the Chinese-American architect Ieoh Ming Pei was commissioned to design a new reception area and improve access to the museum. Pyramid was officially opened on 30 May 1989 to coincide with the bicentenary of the French Revolution.

When President Francois Mitterrand chose Pei architect’s proposal for the project, it chose to build a glass pyramid, surrounded by fountains, in the heart of the Cour Napoléon.

It is not well known fact that the Baroque was a pyramid on a proposal to celebrate the centenary of the French Revolution, and it is very possible that Pei has known how to choose this project for its bicentennial.

Built with the same proportions of the pyramid of Cheops, all steel and glass, is the main gateway to the Louvre and official. It reaches a height of 20.6 m and a square base is 35m from the side. Their faces are covered by 603 pieces of diamond and 70 triangular glass. The pyramid and its main entrance hall Underground covered partly by her, was a very necessary due to problems that were created in the original main entrance, which could not meet the needs generated by the daily flow of visitors. They now enter the pyramid and go into a large hall for promotion, then to the main buildings of the museum. Many museums around the world have copied this solution, including the Science and Industry in Chicago.

The construction of the Pei pyramid controversy generated a remarkable because many thought that this extension modernist, was totally out of place in front of the Louvre Museum with its classical architecture, while others accused of Pharaonic draft Mitterand. However, albeit slowly, many began to understand and appreciate the juxtaposition of contrasting styles as a successful blend between the old and new, ancient and modern.

The pyramid is the largest among others that were built to provide natural lighting and ventilation to the underground buildings, including the Pyramide Inversée serving the underground shopping center located in front of the museum.

The hall also contains the art library, shops selling reproductions and photographs, a media library and two restaurants, as well as postal and courier spaces dedicated to the agencies related to the Louvre and other museums in Paris.

A staircase leads from the lobby to the pyramid, built in concrete shuttering cream with pine Oregon.

This expansion is intended to collect new museum to loosen criteria of the site and the possibilities to increase their services.
Being an encyclopedic museum houses a huge artistic reservoir, which has been organized into seven thematic departments: Oriental Antiquities and Arts of Islam, the Egyptian Antiquities, Antiquities Greek, Etruscan and Roman art objects in general, Sculpture, Graphic Arts, and finally, his great collection of paintings.

Beyond these areas there is another, related exclusively to the Louvre itself: the Louvre and Medieval History of the Louvre. In this area you can see the foundations and the moat surrounding the original castle that was the Palais du Louvre. The formation of the collection follows a similar trend to that of the Spanish royal collection shown at the Museo del Prado in Madrid. Each king imposed his personal taste and took care of organizing the new acquisitions, until during the nineteenth and twentieth centuries donations or state intervention were responsible for increasing funding gaps and compensate art. 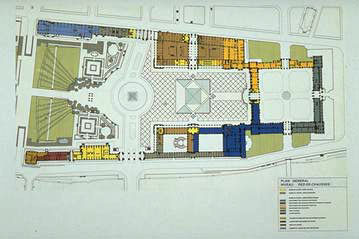 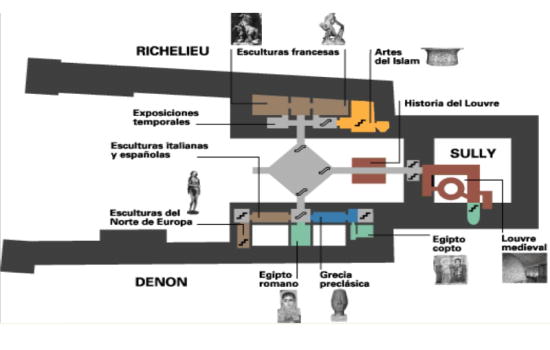 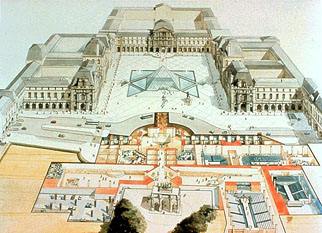 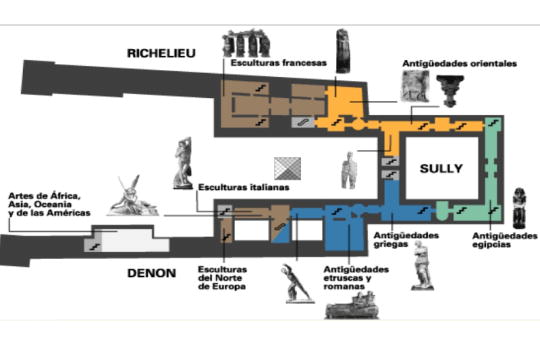 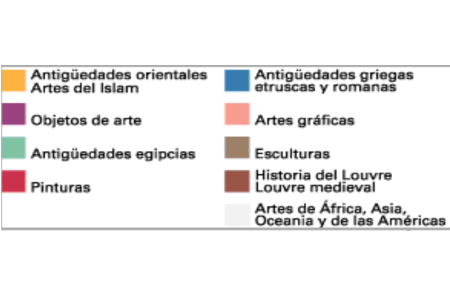 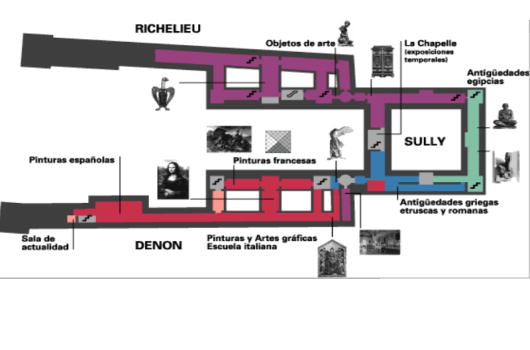 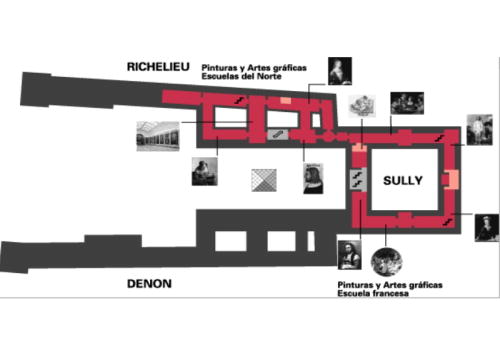 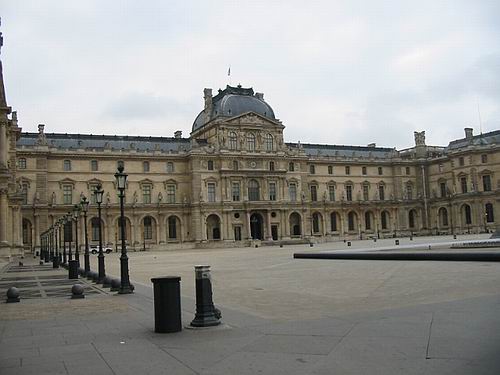 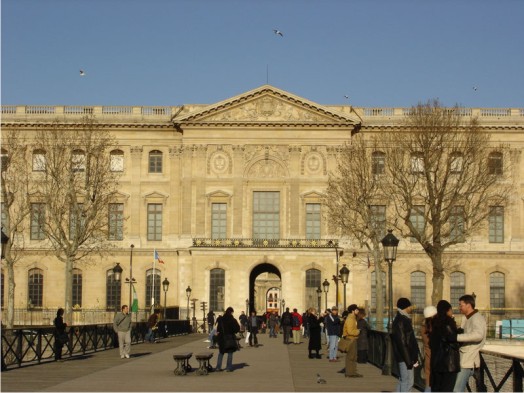 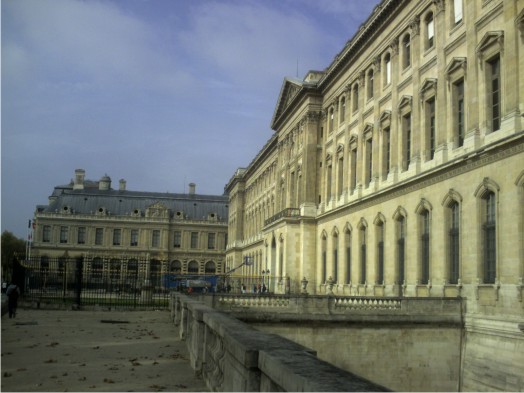 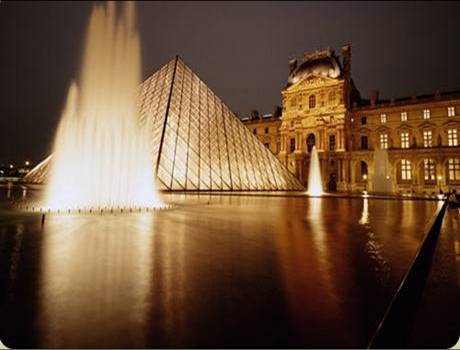 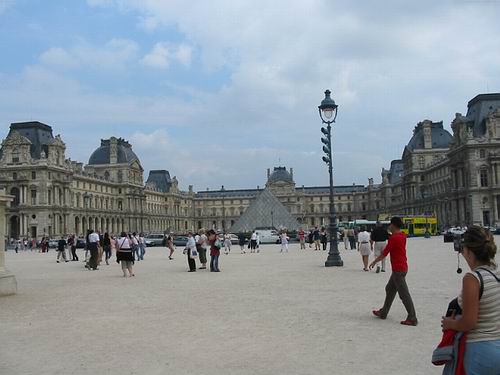 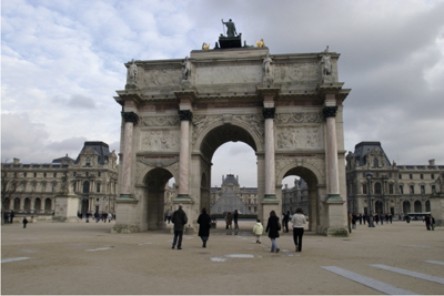 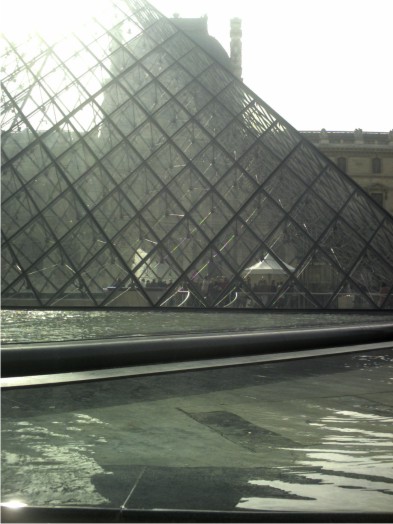 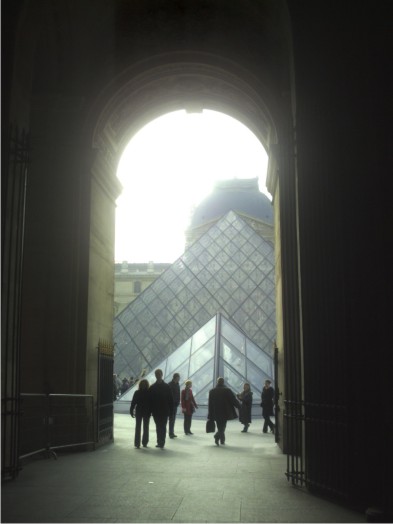 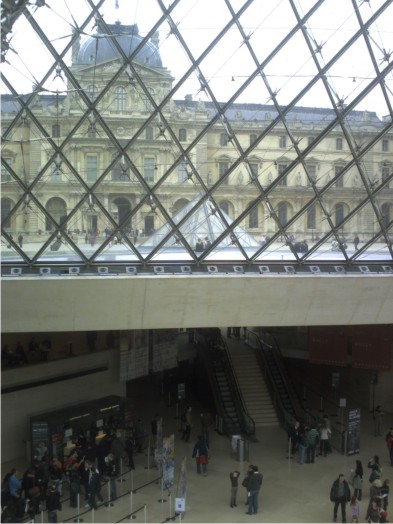 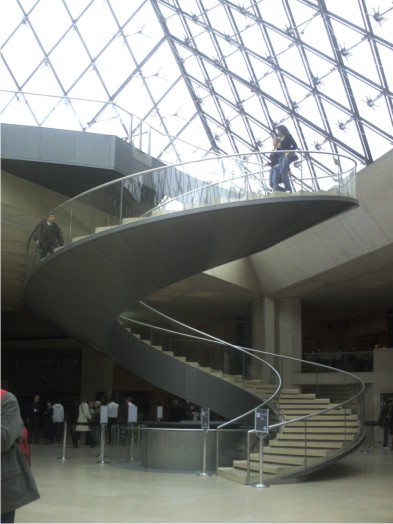 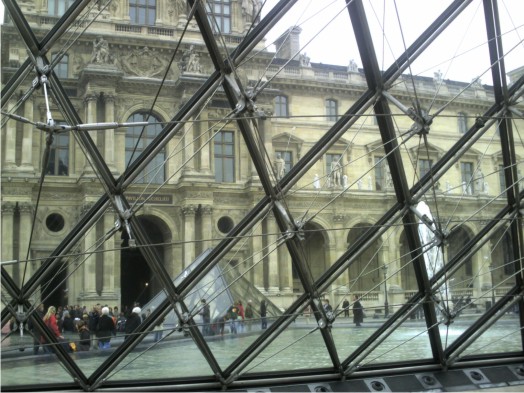 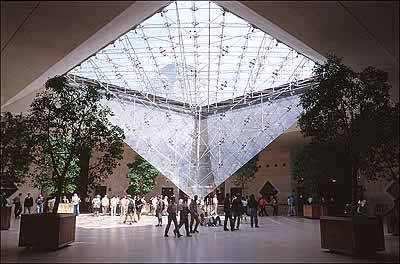 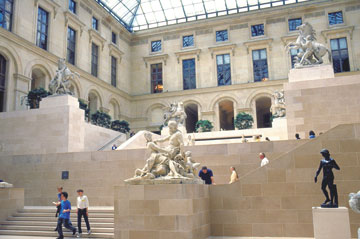 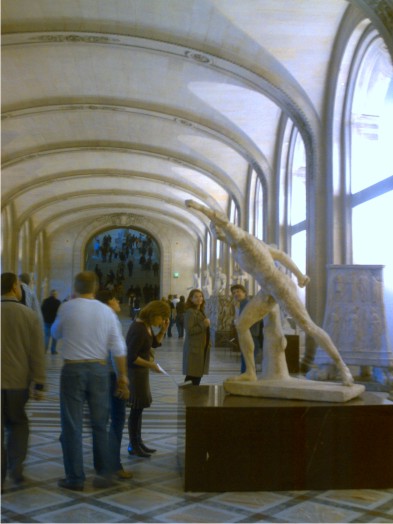 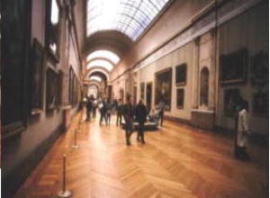