According to research conducted in 2010, it was found that in the city of Loja ( Ecuador ) there is no infrastructure
own public library, and existing non- compliant with the required parameters according
international organizations such as IFLA to create a research environment, that’s why to be established
a proposed architecture librarian for the city of Loja.

The short-term proposal is to decentralize this equipment from the historic center and place
both north and south of the city, so that the user can easily transfer to an infrastructure,
adequate, comfortable and consistent with the services it implies, taking into account that both north and south
can carry out the same research in addition the proposal will be based on the Venezuelan standard library
Level I, which involves a public library I level per 50 000 inhabitants. Another important factor
of the proposal is the integration of the public library to conform to the nature and pleasant environments
quiet, establishing a relationship between architecture and research.

With the expansion of the city to the west is proposing to medium term, the incorporation of a bookmobile (buses ) that loops through the suburbs of the city and long- term network of libraries that hog all urban areas, based around poles development Management Plan 2009-2023 Loja city so it can meet the research needs of all lojana population.

Important : With the consolidation of the public library network, mobile libraries can extend their services to rural parishes in the city.

The proposed public library is located on the north, by the Jipiro Recreational Park (near the station), to the south Linear Park La Tebaida, in Loja, Ecuador.

The conceptualization is based on the theory of Fractal Set, since the a library is an organized collection of information of various types, while a fractal set is a set in which the parties are similar in some sense to the total. Complementing this concept with the idea of intertwining landscaping and building, instead of the traditional typology of green spaces + building, ie the building to green space and green areas to enter the same extend, allowing interaction between them another.

In the research building was used concrete and wood, both exterior and interior predominates.

This type of project does not appear in the new urban plan of the city, hence an infrastructure of this kind would be an excellent idea as it would greatly benefit the lojana general population because a library architecture that will consolidate the city would create would be culturally and imminent support for the development of research and academic information of the population. Potential sponsors entities: National Government, Ministry of Education, Ministry of Culture and Heritage, Municipal Government. 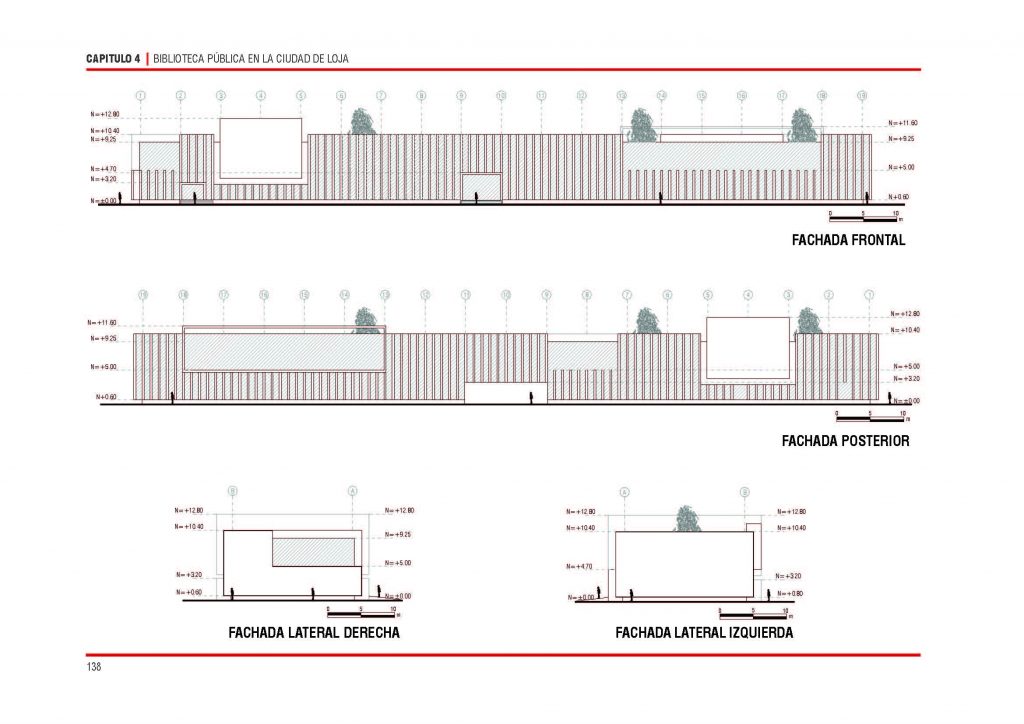 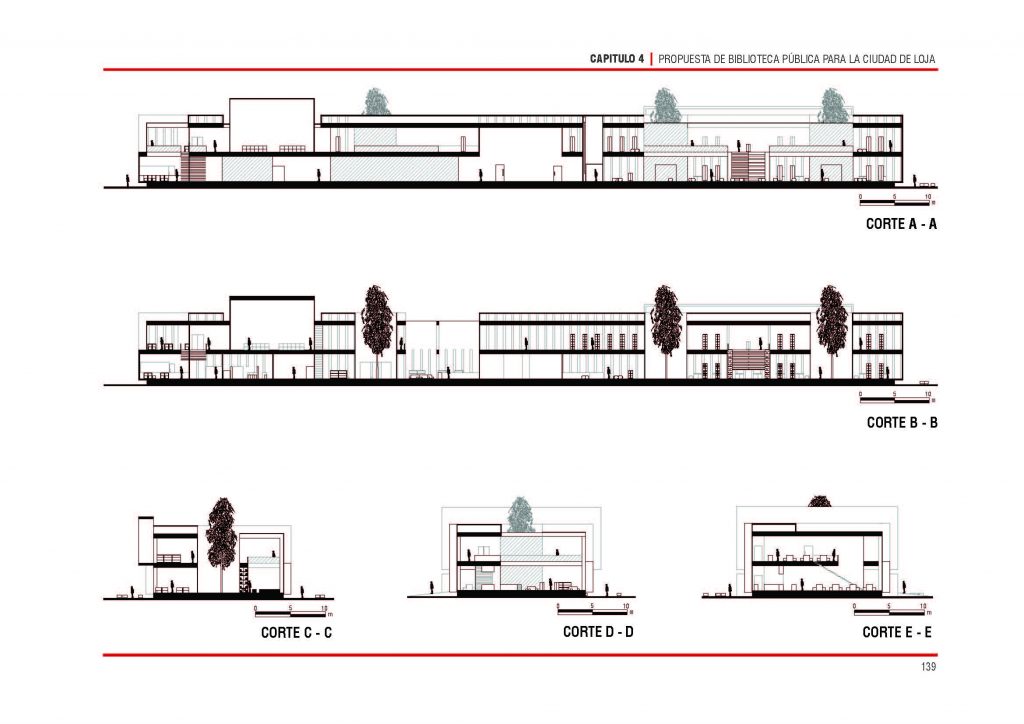 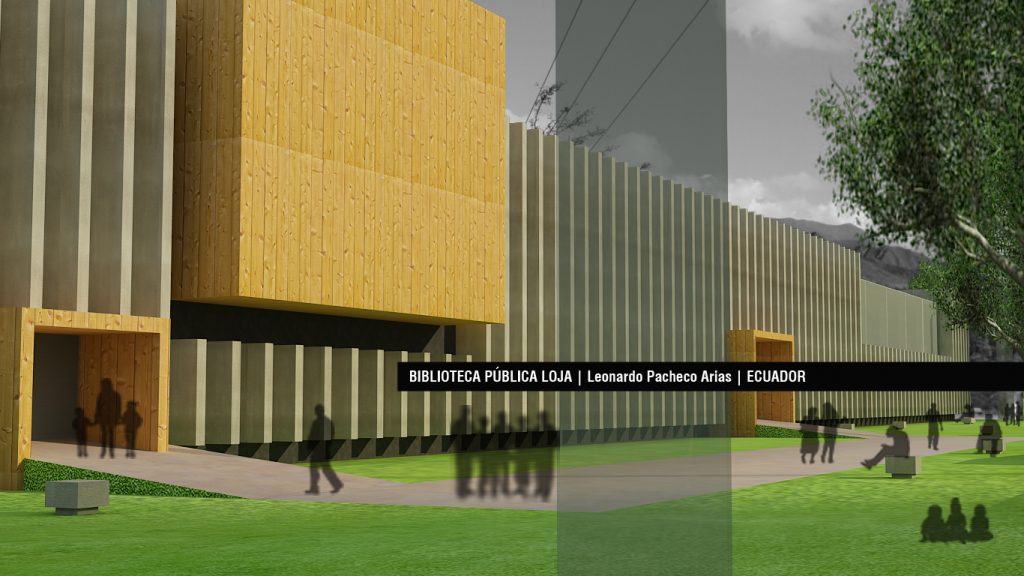 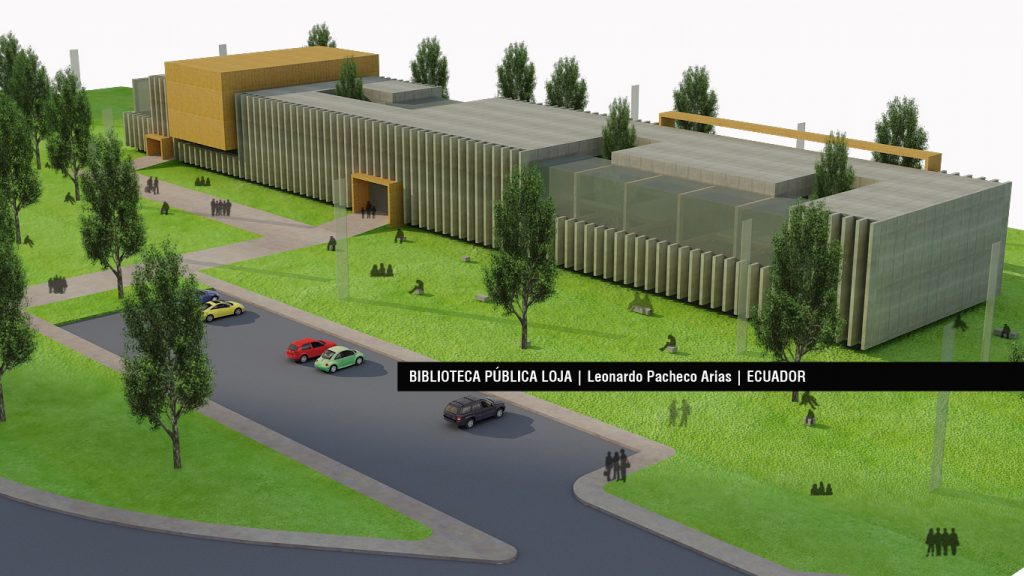 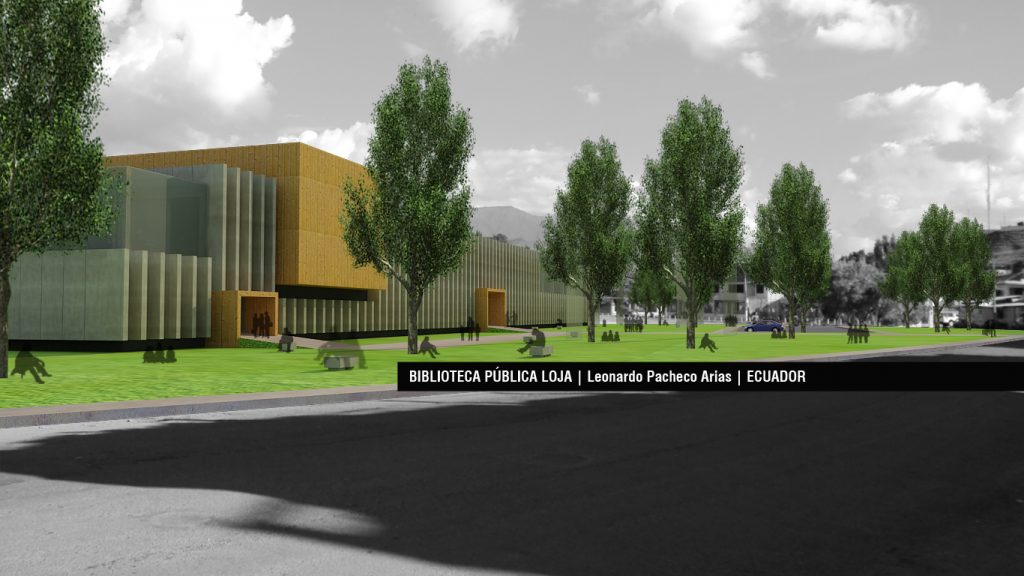 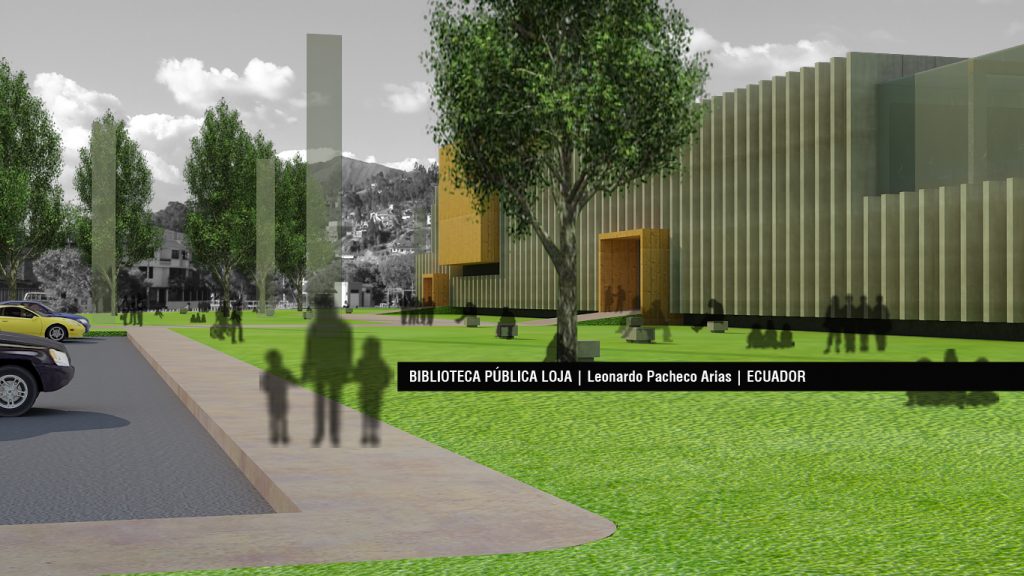 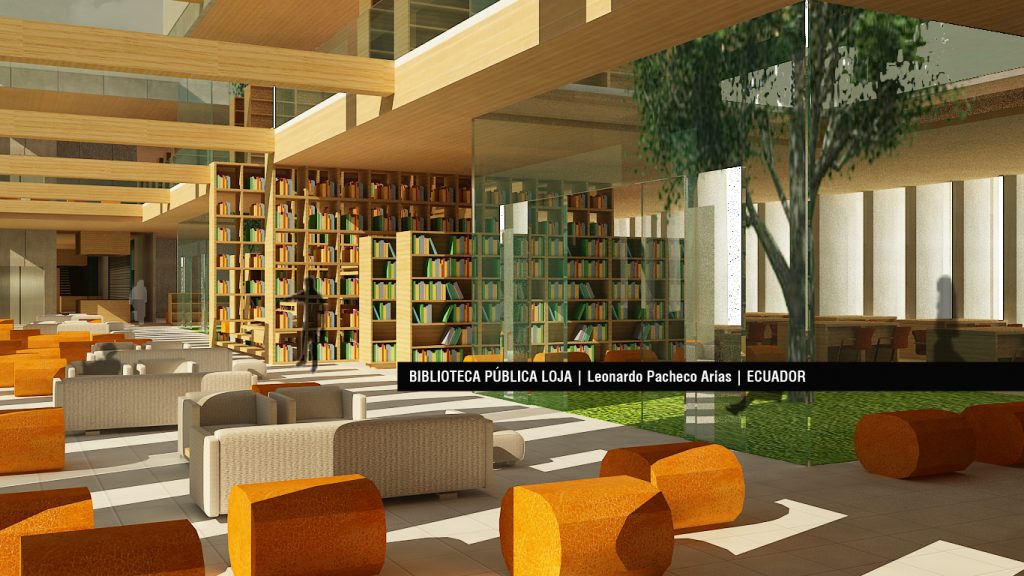 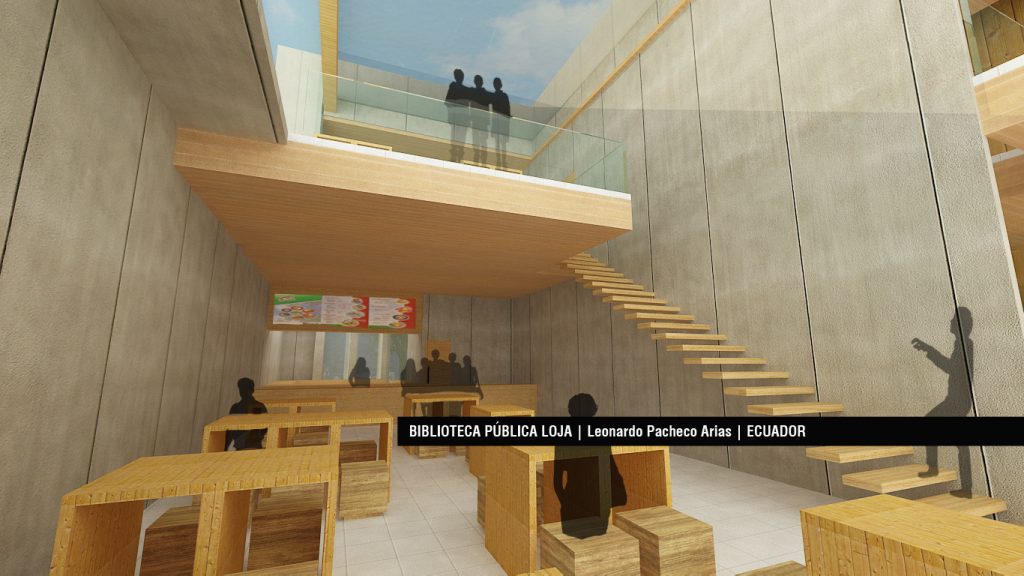 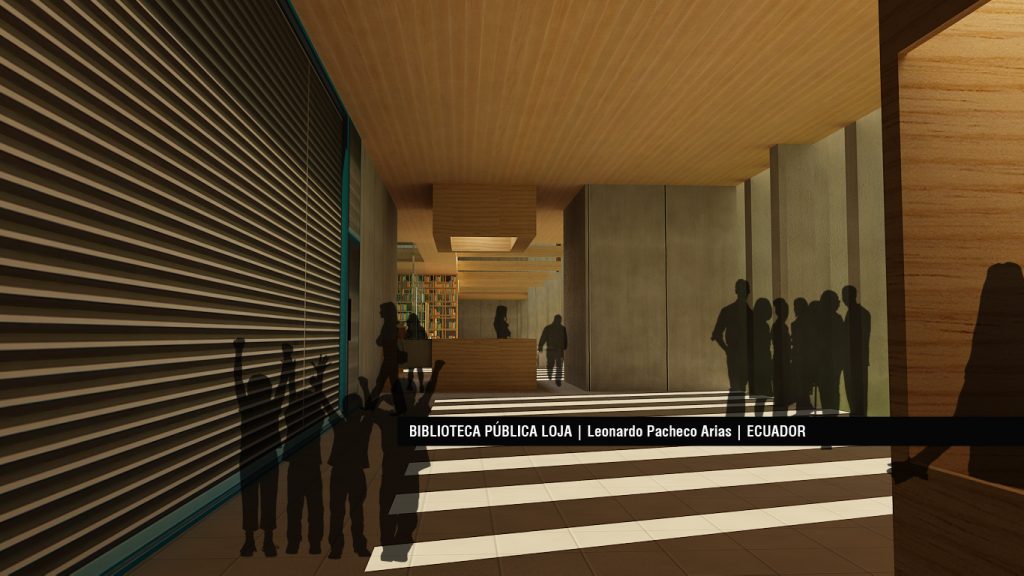 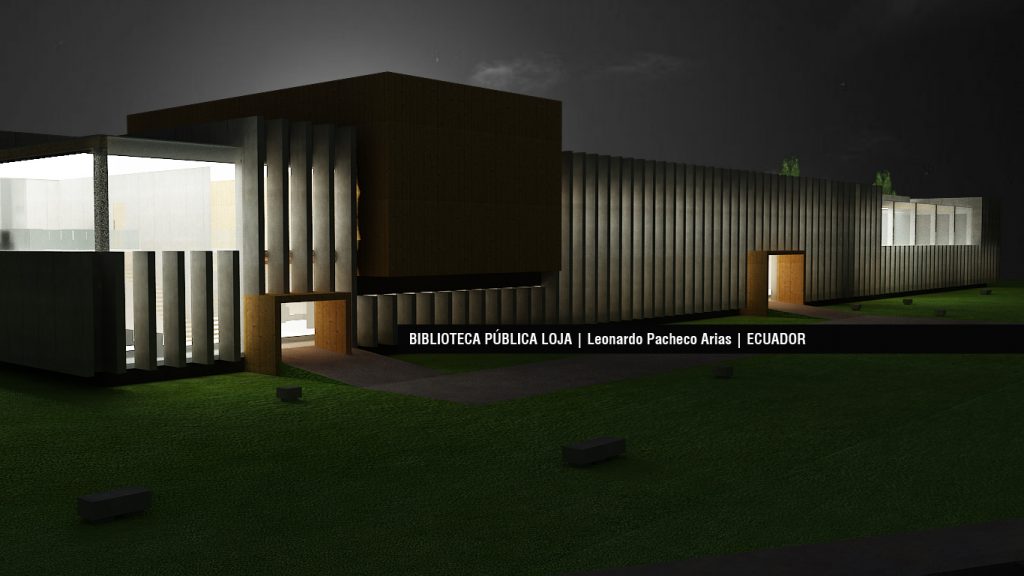