In the city of Montreux, Switzerland , the architectural team of Lausanne, Richter & Dahl Rocha, screened “The Verriere”, a residential complex composed of three bodies, two of them built new, and existing third party that was completely renovated.

In total, consisting of 46 units of high-end housing.

The architects on this project noted that “there is an investigation into residential spaces, respecting the profitable units.”

The resort is located in Montreux, Switzerland . Located on the shores of Lake Geneva, the city has the benefits of a particularly mild climate that gives a Mediterranean character. Since the 19th century, it became a popular tourist destination, especially for foreigners. The city is known for its chic hotels and residences facing the lake.

The work is implemented in an urban context, between an old masonry building, right next to the famous Montreux Palace, and the railroad tracks leading to the station Montreaux.

The project involves the renovation of an existing building long narrow, distinctive primarily for its emissions, an old conservatory located in the west end, who joined the reform project.

Two properties, called A and B bodies were built from scratch, while the third, the body C, is the existing building that was completely renovated.

The whole modern language contrasts with the historic environment Montraux.

Two residential buildings were erected, with its contrafrente to rail, and the front completely open to the lake. For these new buildings, two volumes of brick and glass implanted in sloping ground and supported, at street level, in a series of concrete piles, the main architectural challenge was to break with the traditional type of single-level departments, to provide space for housing suitable proportions.

The project includes various types of housing, explored in each assembly body.

In the body C, were located condominium homes.

The arrangement of the various pending generates significant volumes, so that access to the bodies occurs through ramps coming from the street, and the main staircase is part of a public footpath that climbs the mountain.

A whole body explores the idea of ​​the central courtyard of light, and also the possibility of breaking the scheme traditionally used in the departments, to maintain the same height and proportion in all environments. The proposal was placed on the side facing the lake, double height living rooms with spectacular views to win spatiality in social sectors. The back of the plants, single height, was reserved for bedrooms, bathrooms and kitchen. The units are on the first floor of this body have a continuity and discontinuity screed level to ceiling level. And in departments that are located above them, the opposite happens: the cut is made at paving are continuous while the ceiling.

The central courtyard light, around which are organized departments, is closed at its sides with glass blocks, to illuminate the circulation and create interesting shadow play while people move around their homes.

The body B integrates three different typologies. His first two levels are filled with covered parking. In turn, the slab of the second level of the garage entrance square shape to the body. From that level are accessed duplex units. The following are three levels for such departments, and the block ends in a final target level four duplex units larger.

The facades of glass facing the lake, volumes A and B, are protected by a series of horizontal blinds located on the edge of the balcony, that blur the line between inside and outside, while it gives a feeling of lightness to the whole.

C In the body, the ground floor was reserved for commercial premises. The top three floors are divided into eight vertical triplex units.

In kitchens, furniture Arclinea was used in line with the minimalist aesthetic of the rest of the interior spaces. 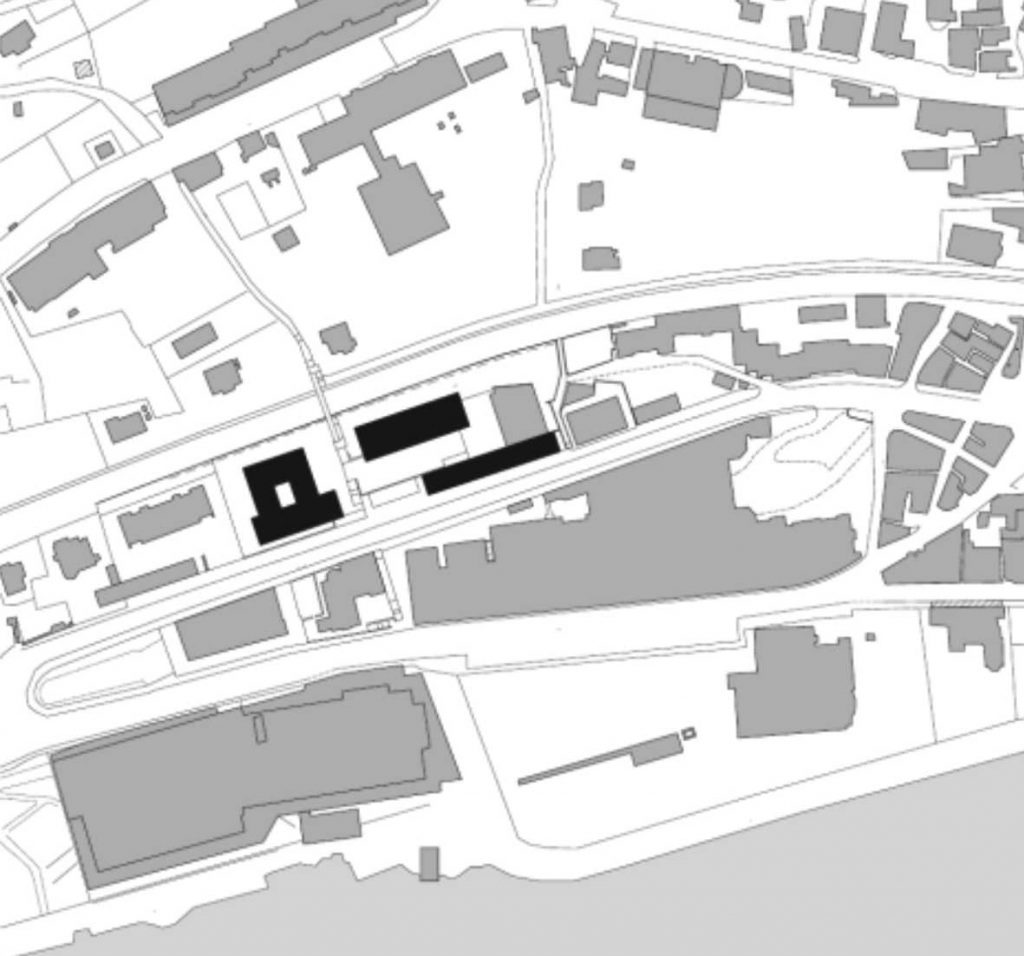 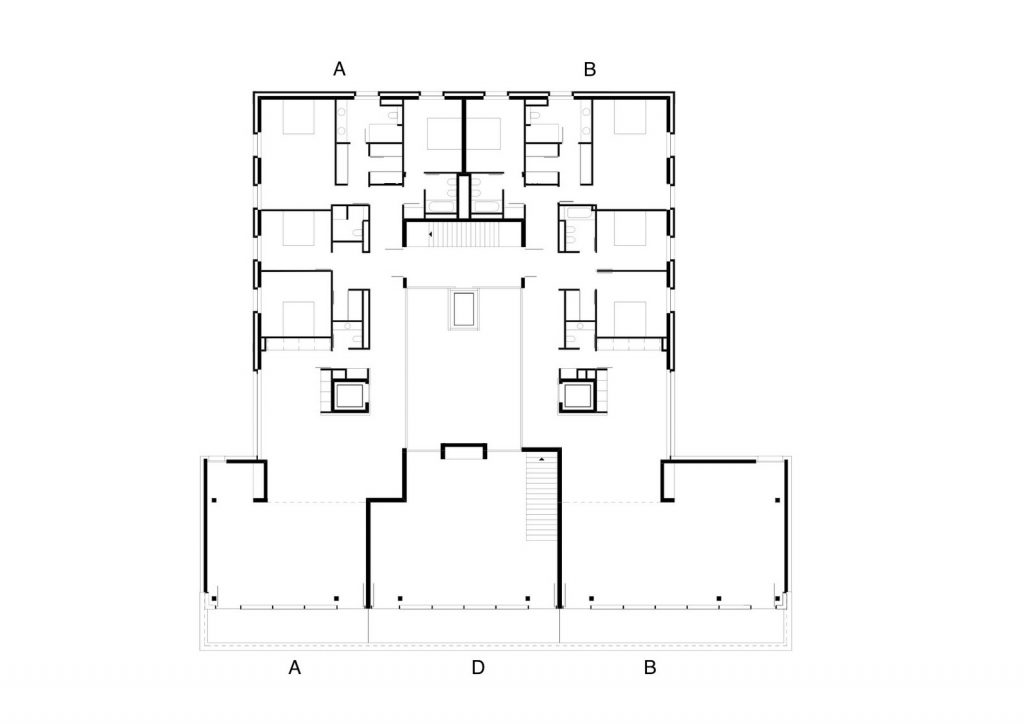 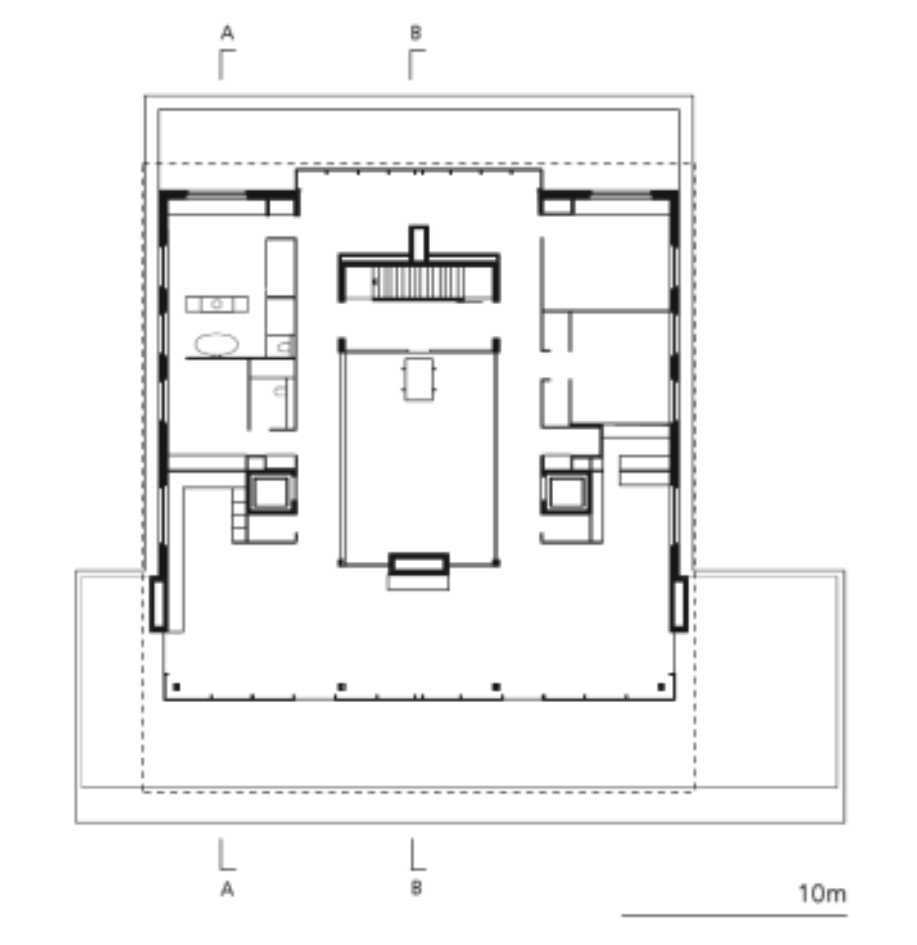 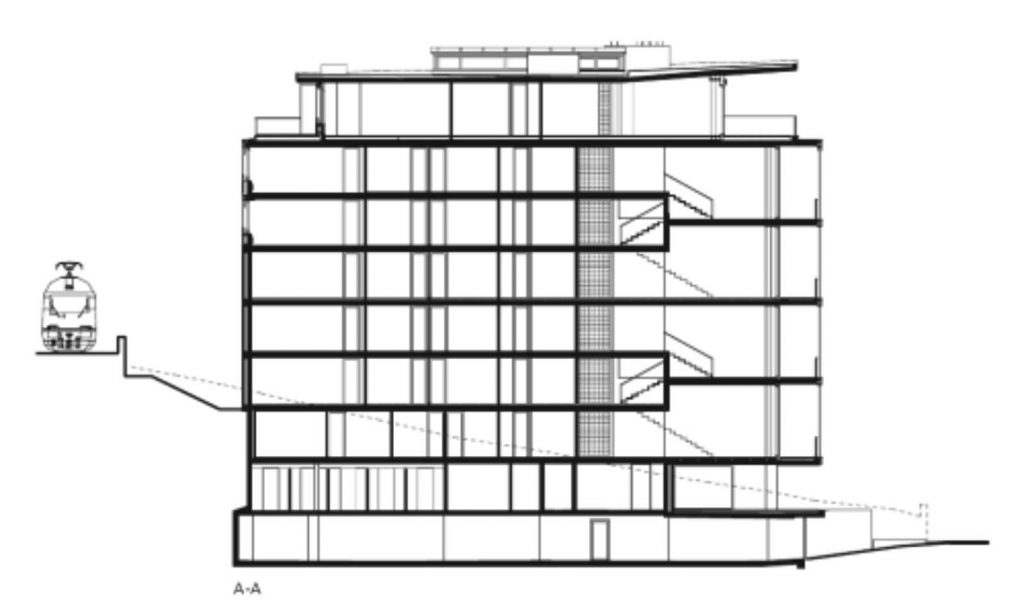 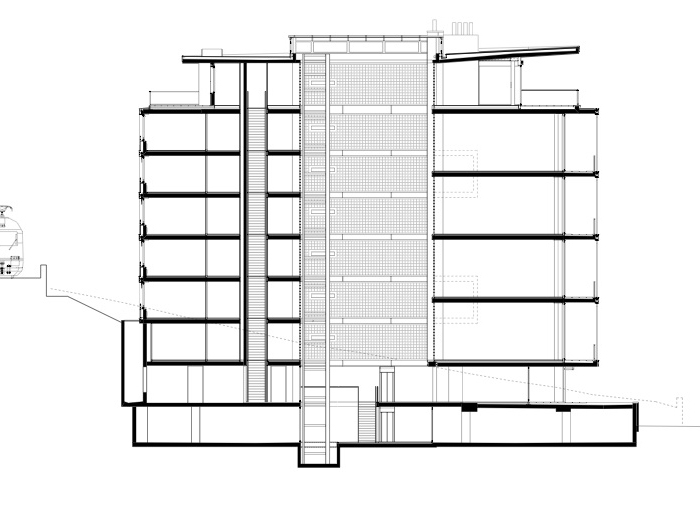 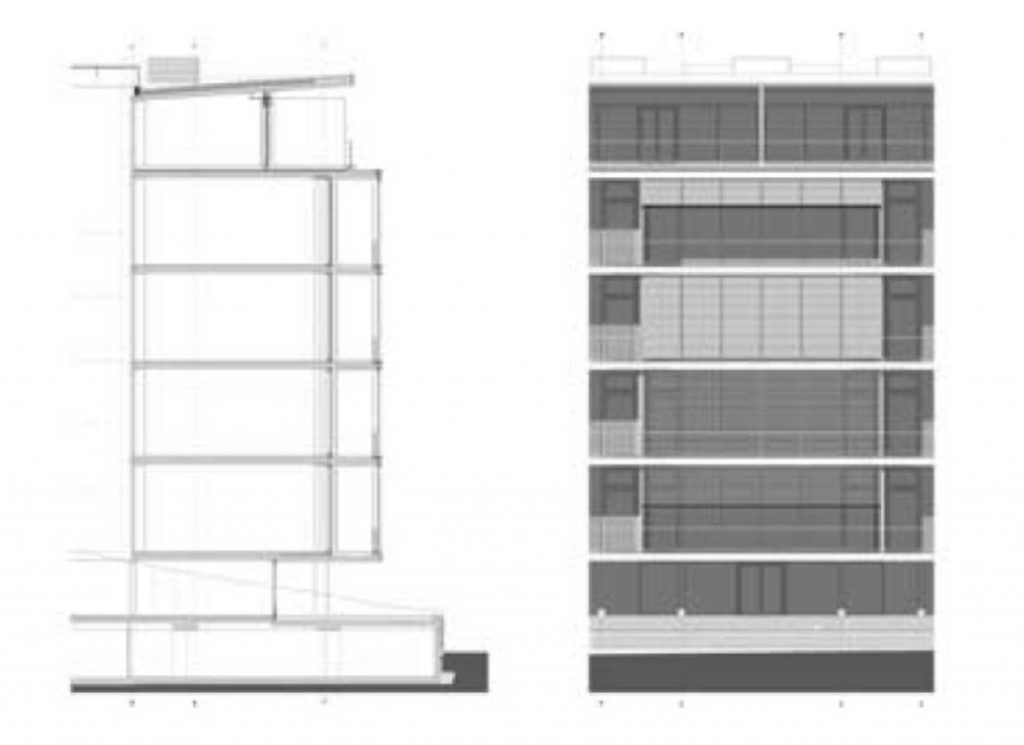 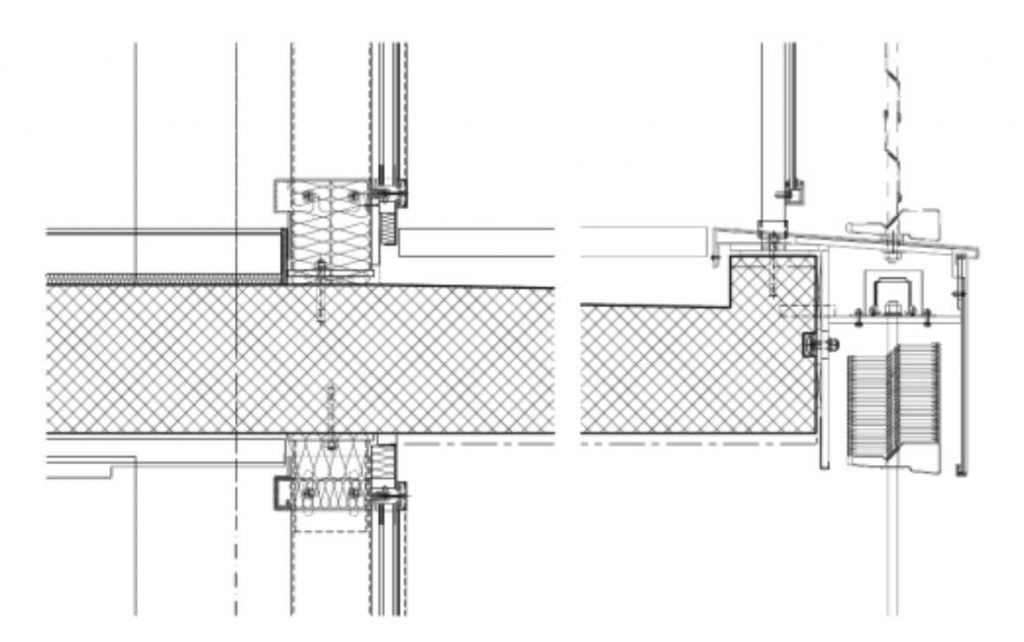 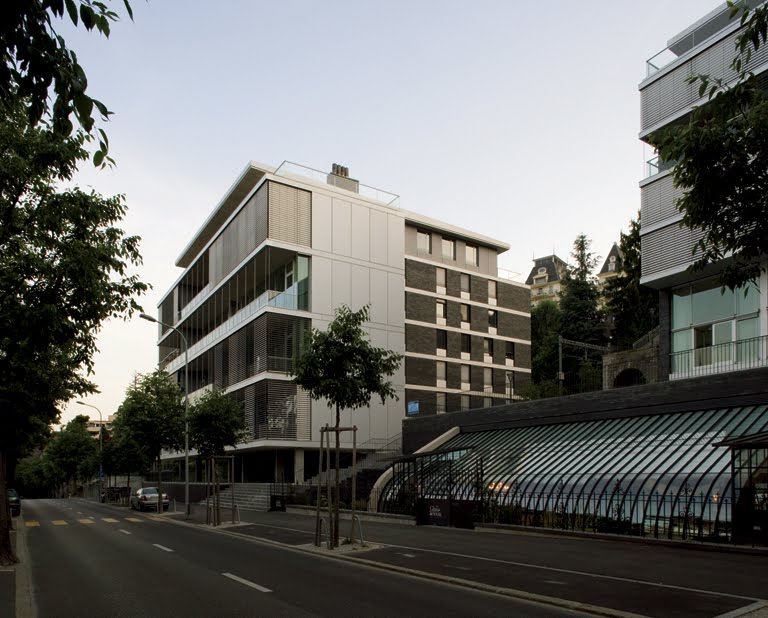 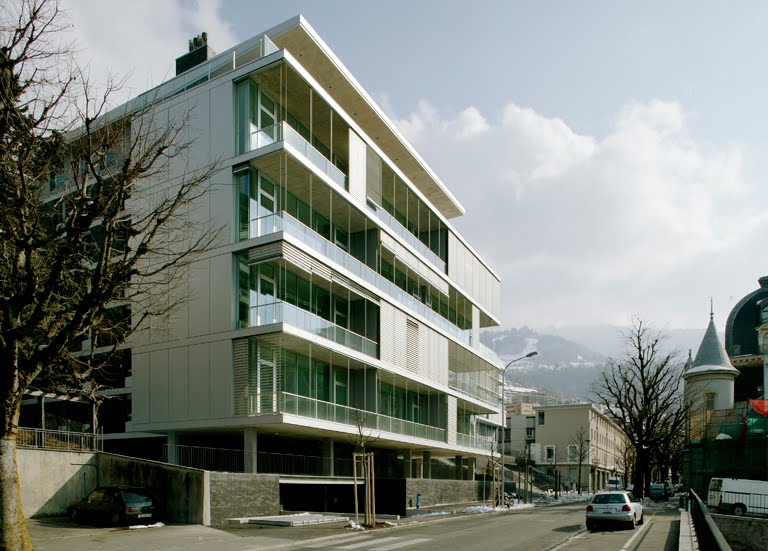 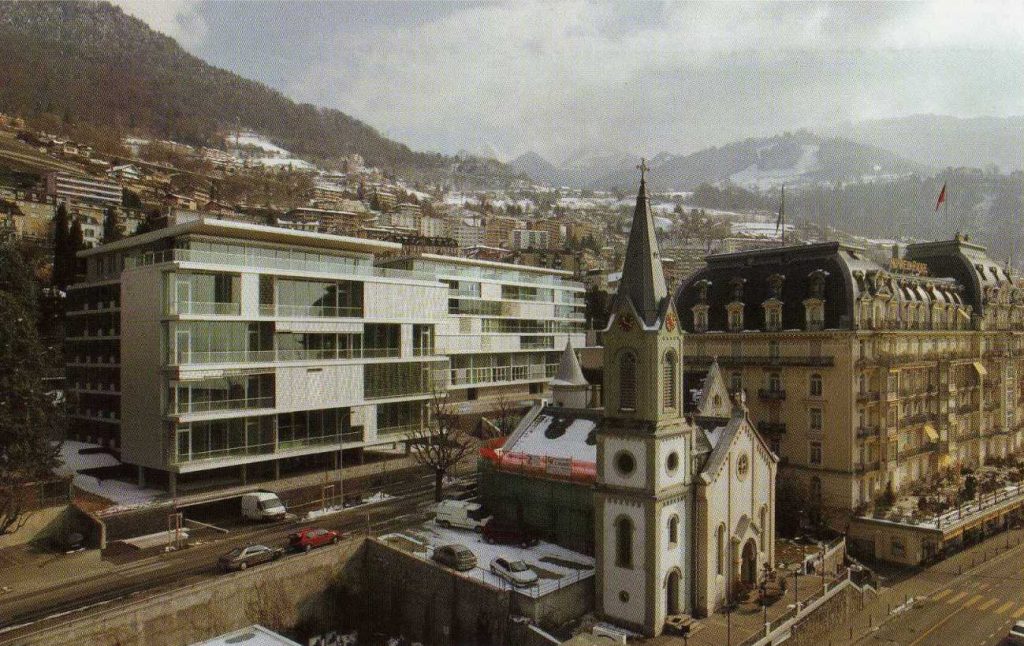 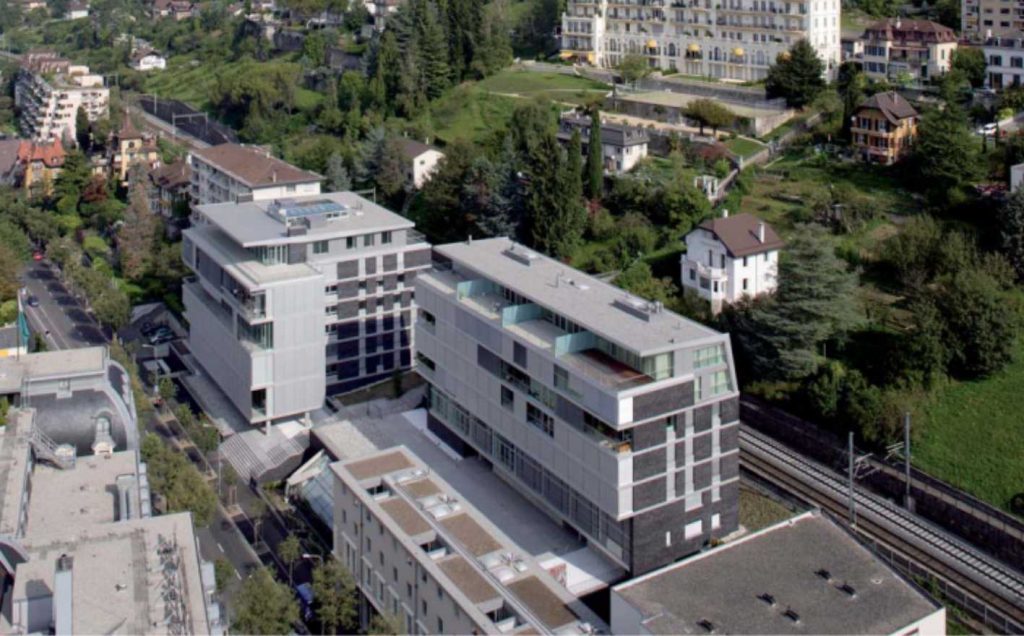 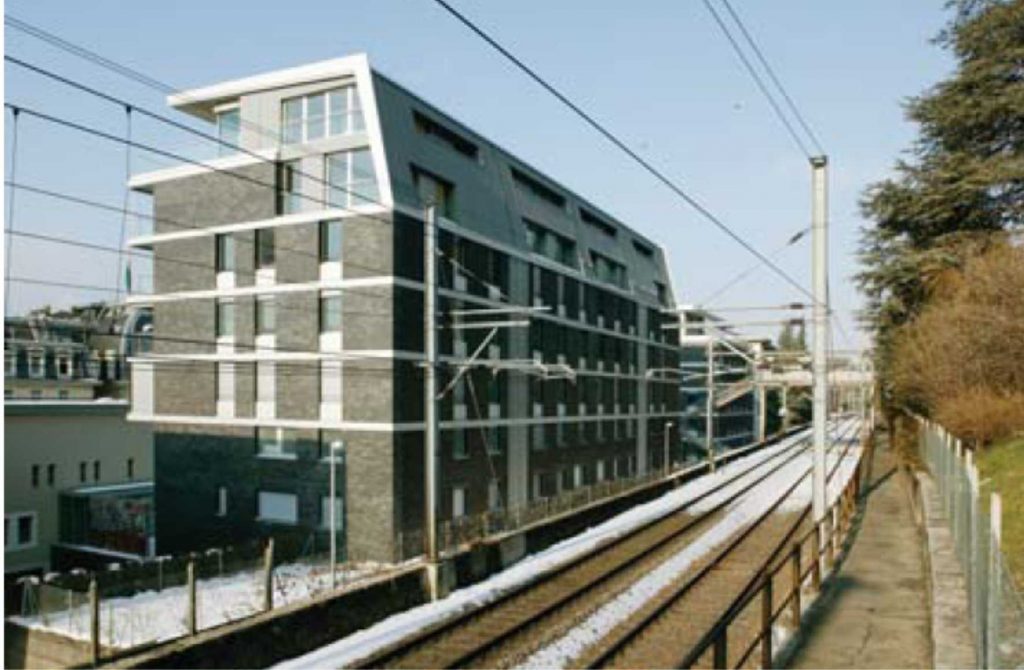 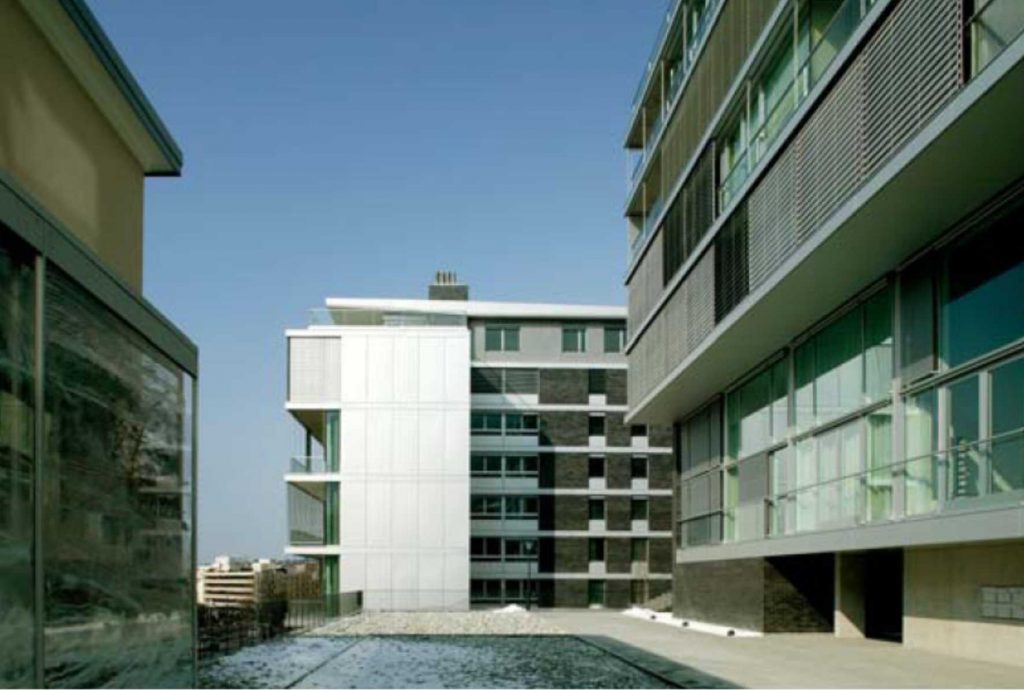 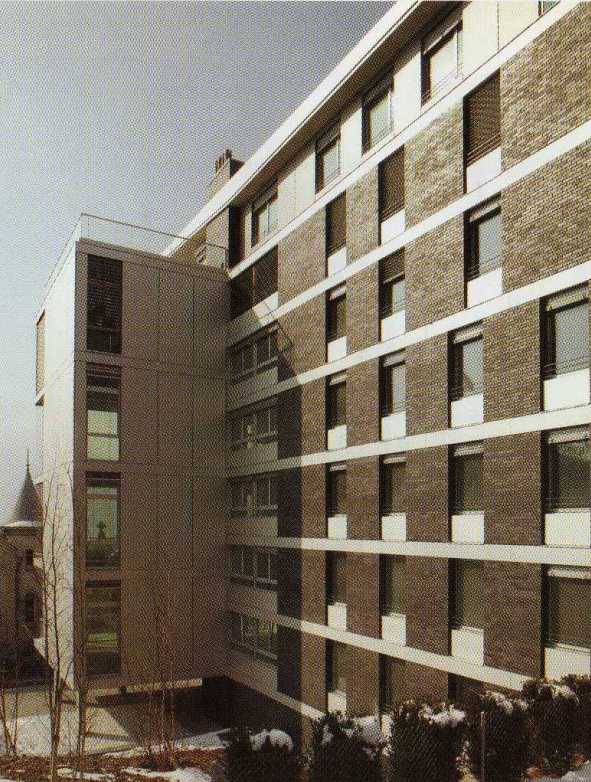 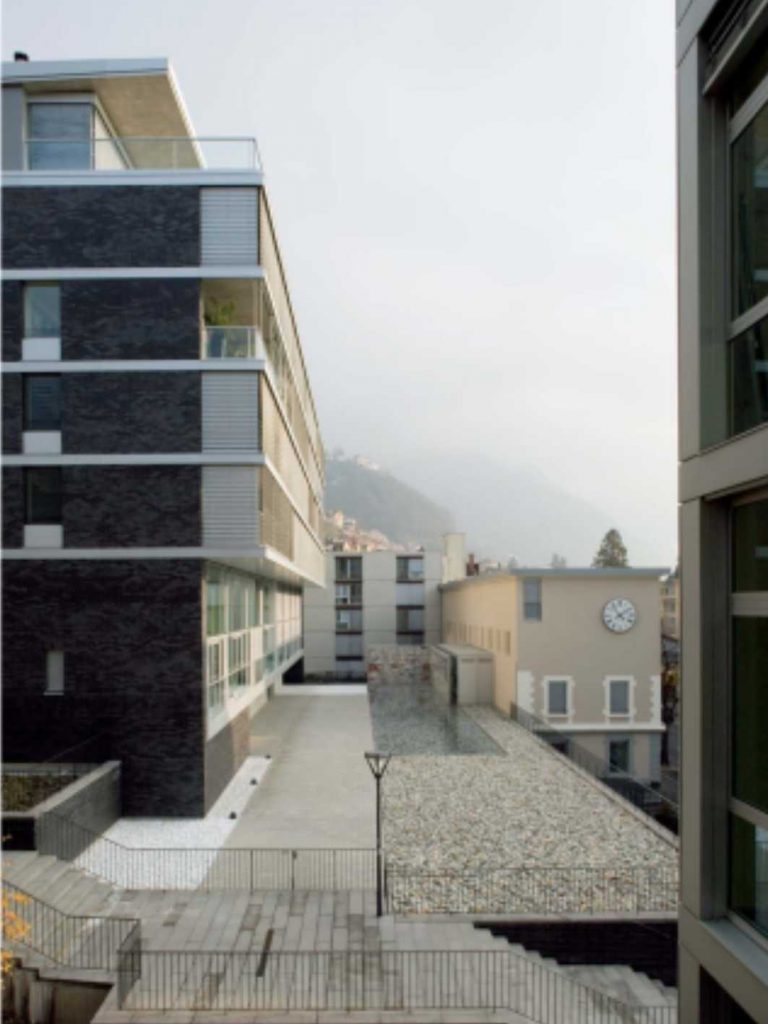 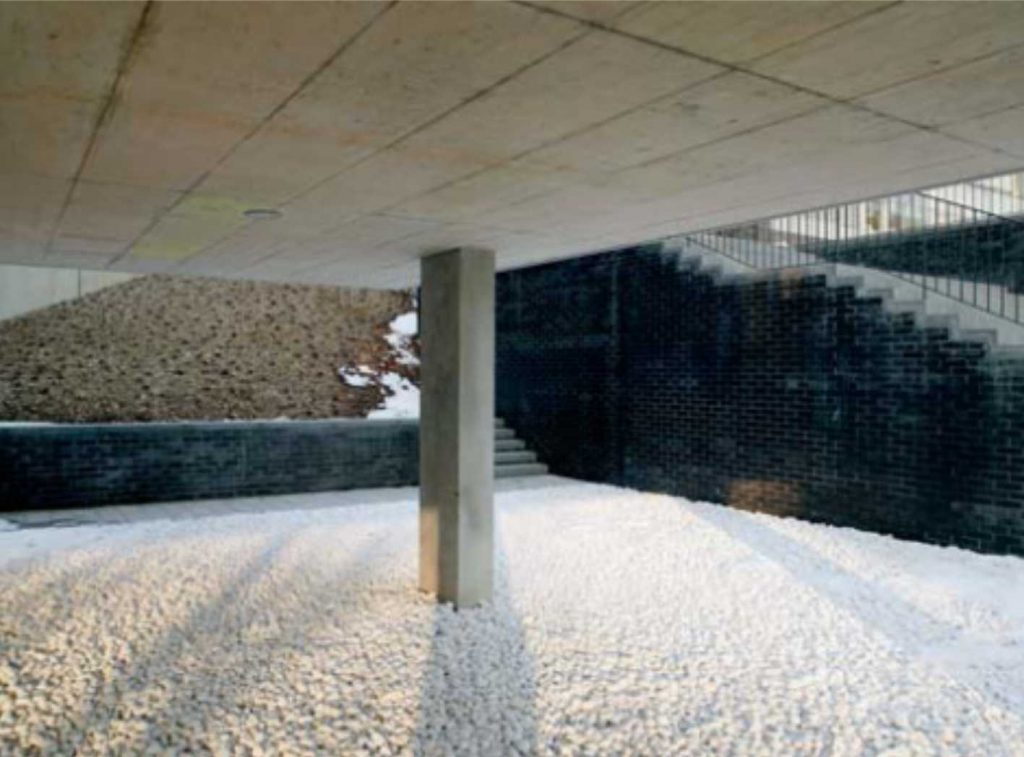 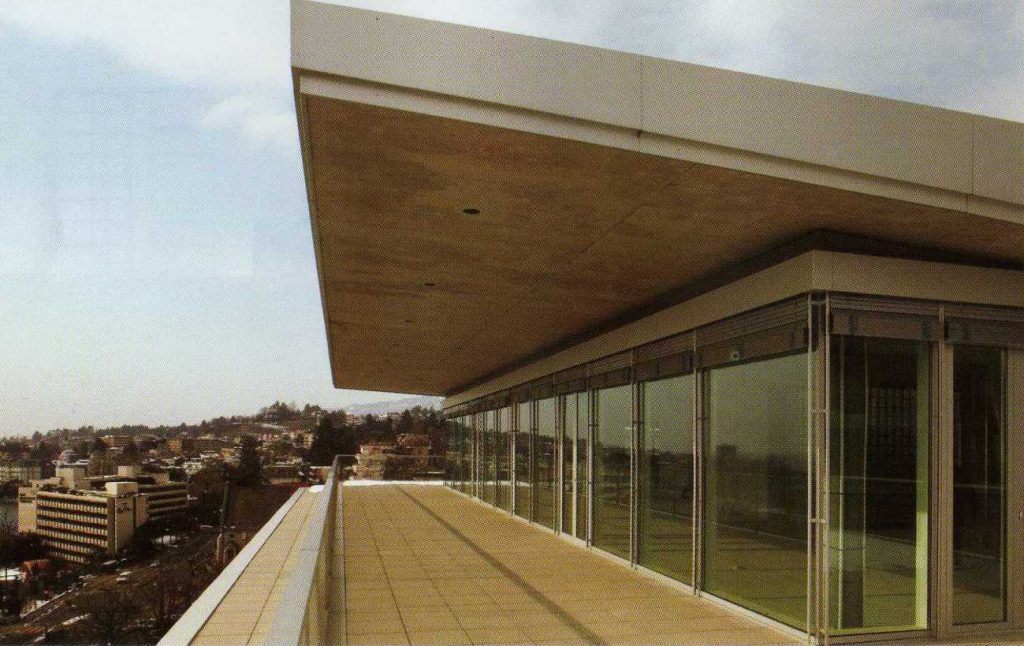 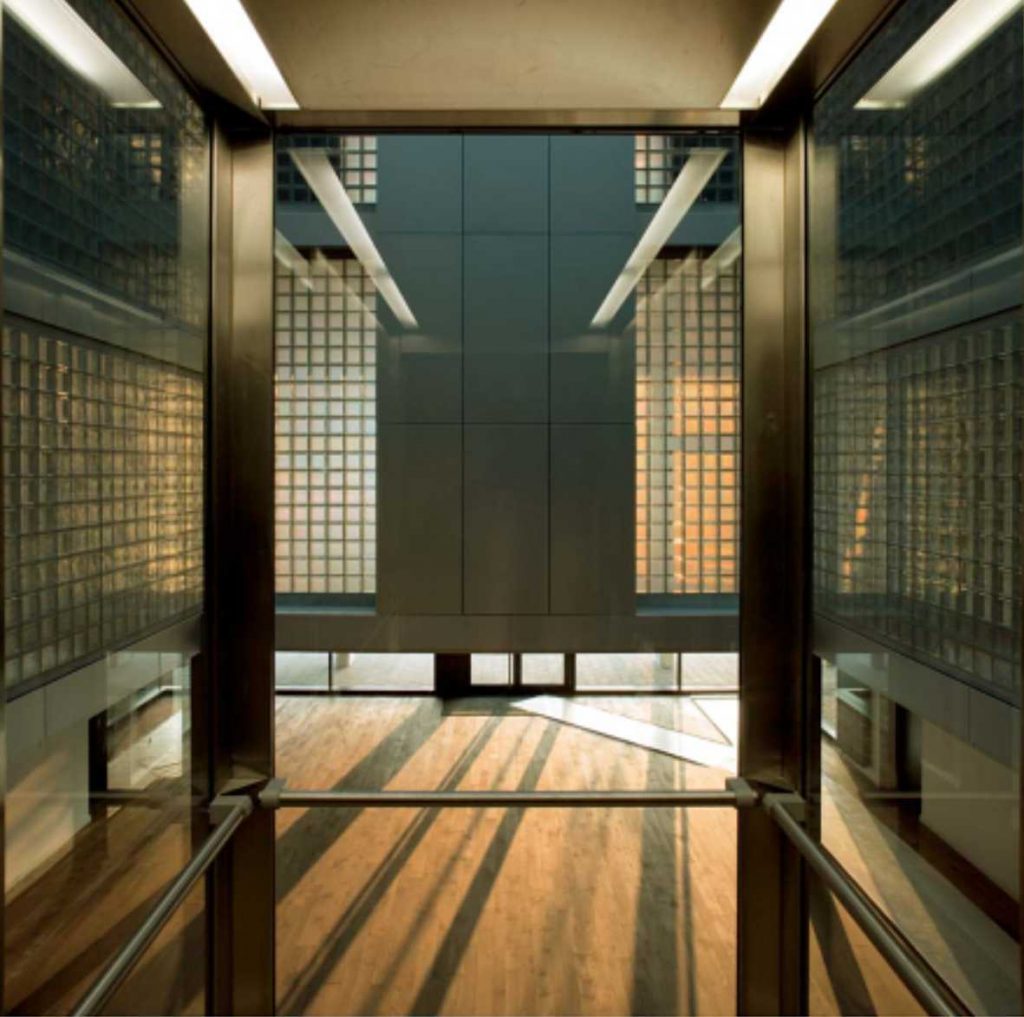 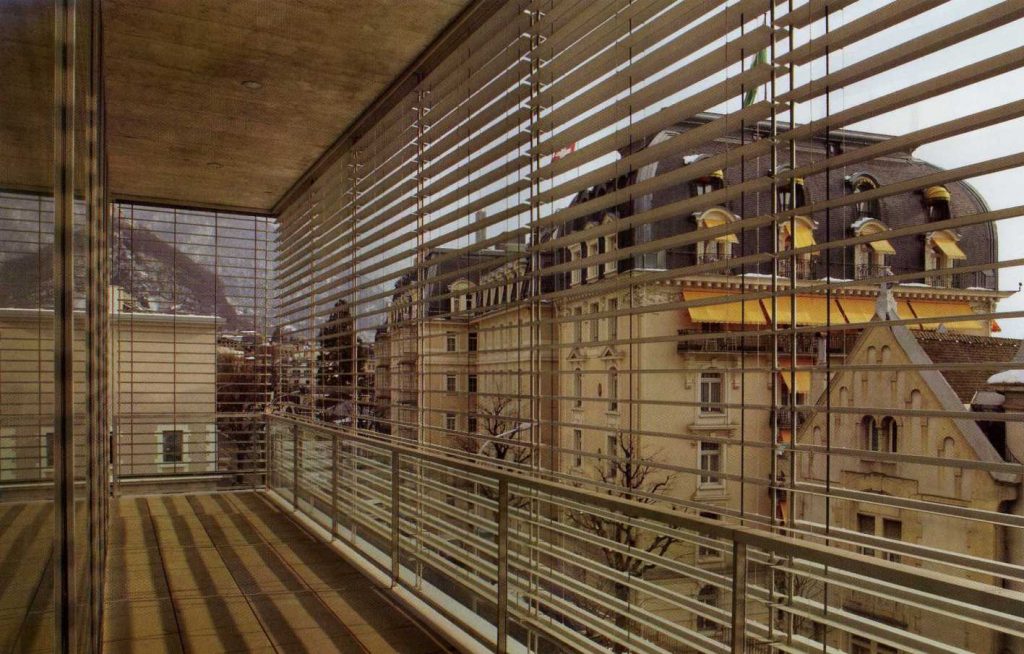 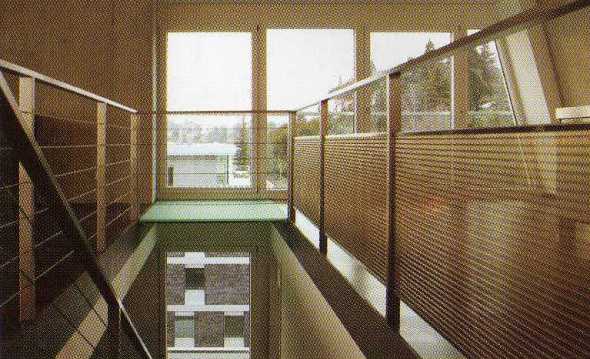 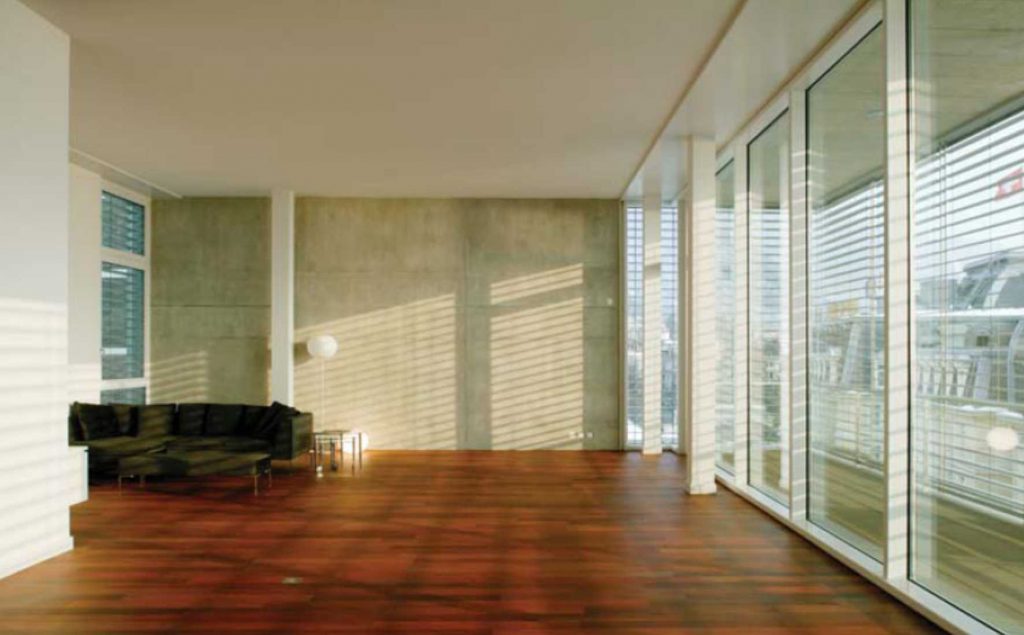 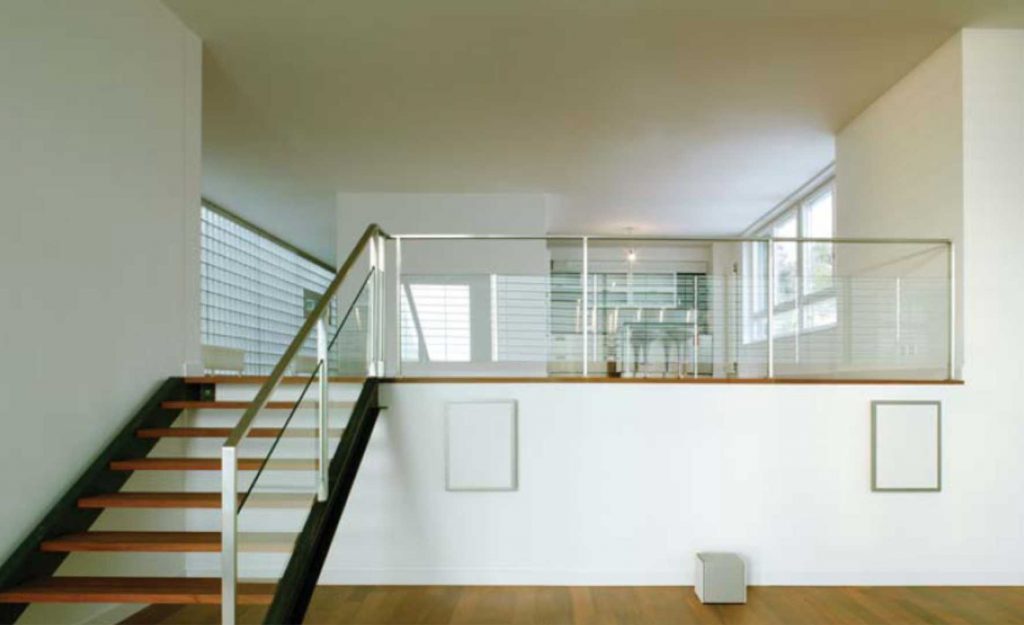 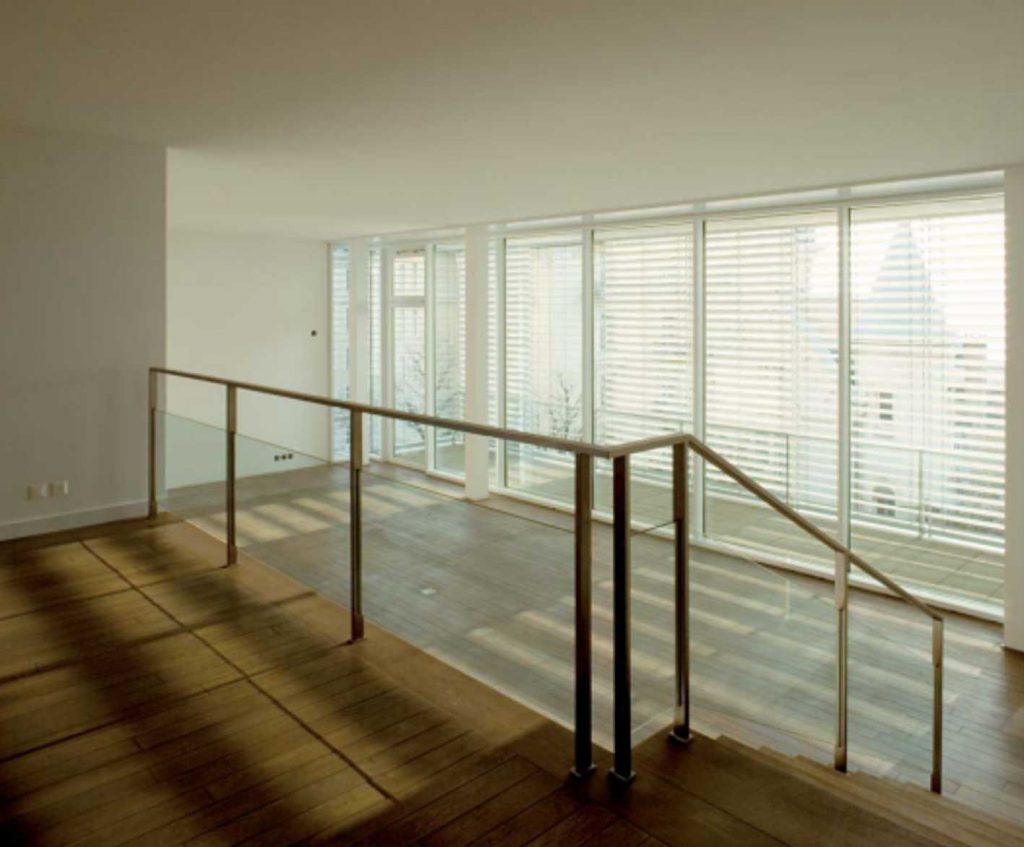 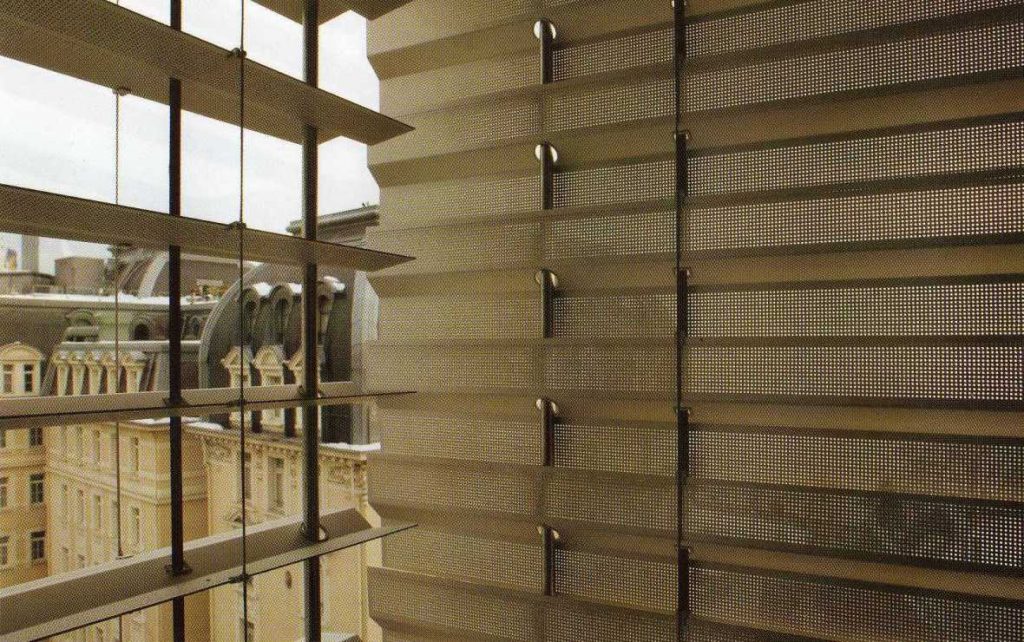 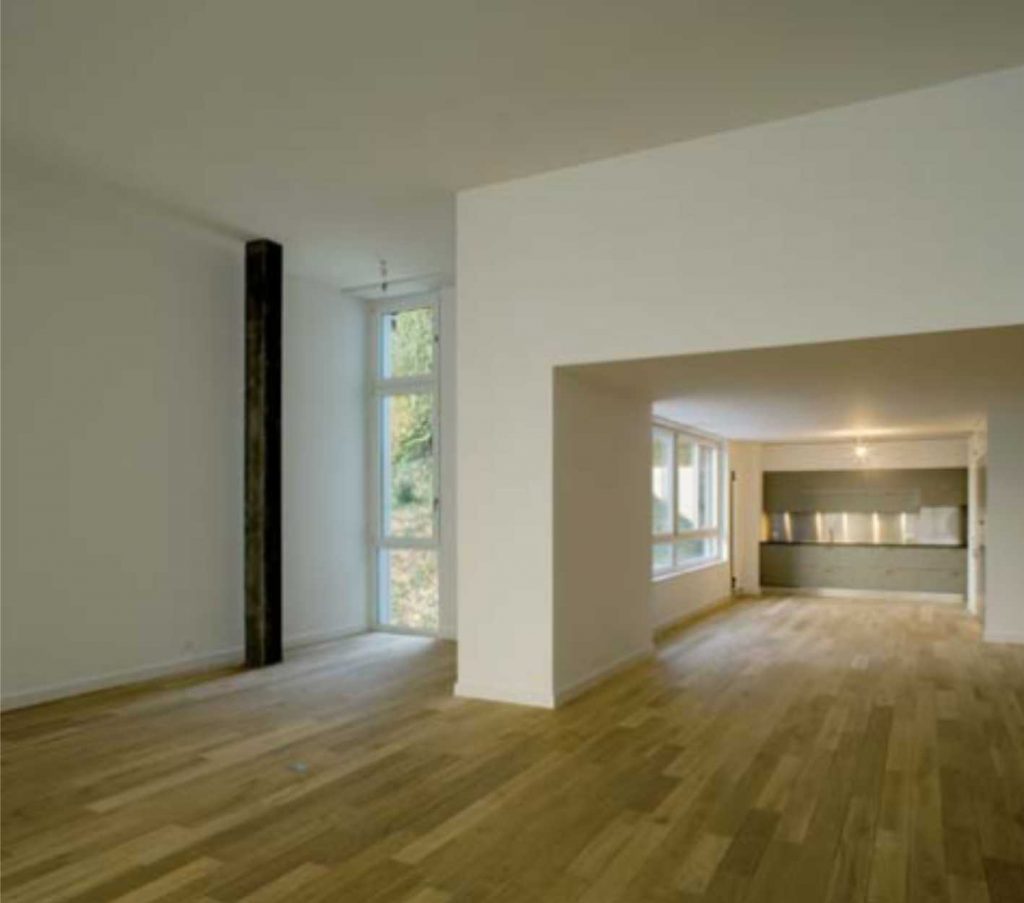 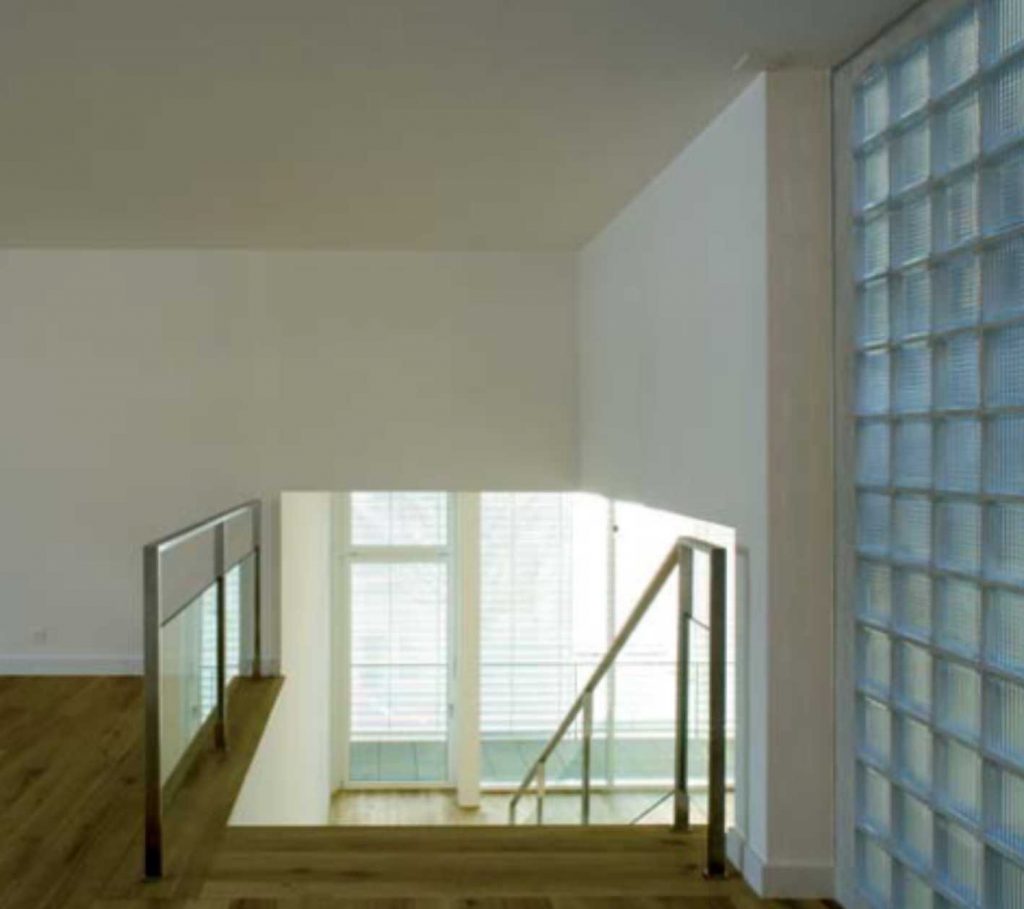 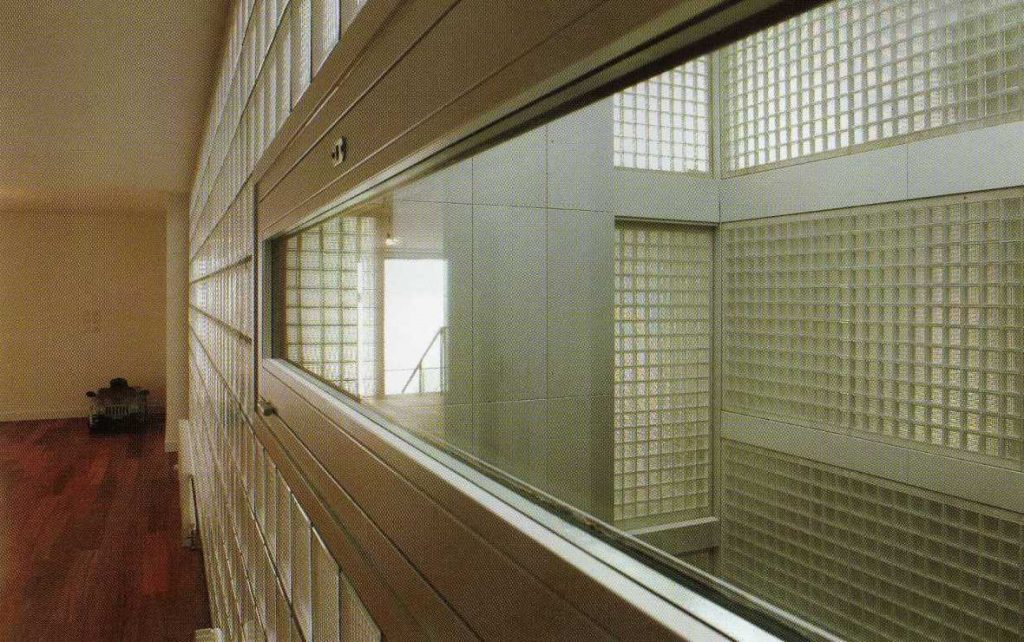 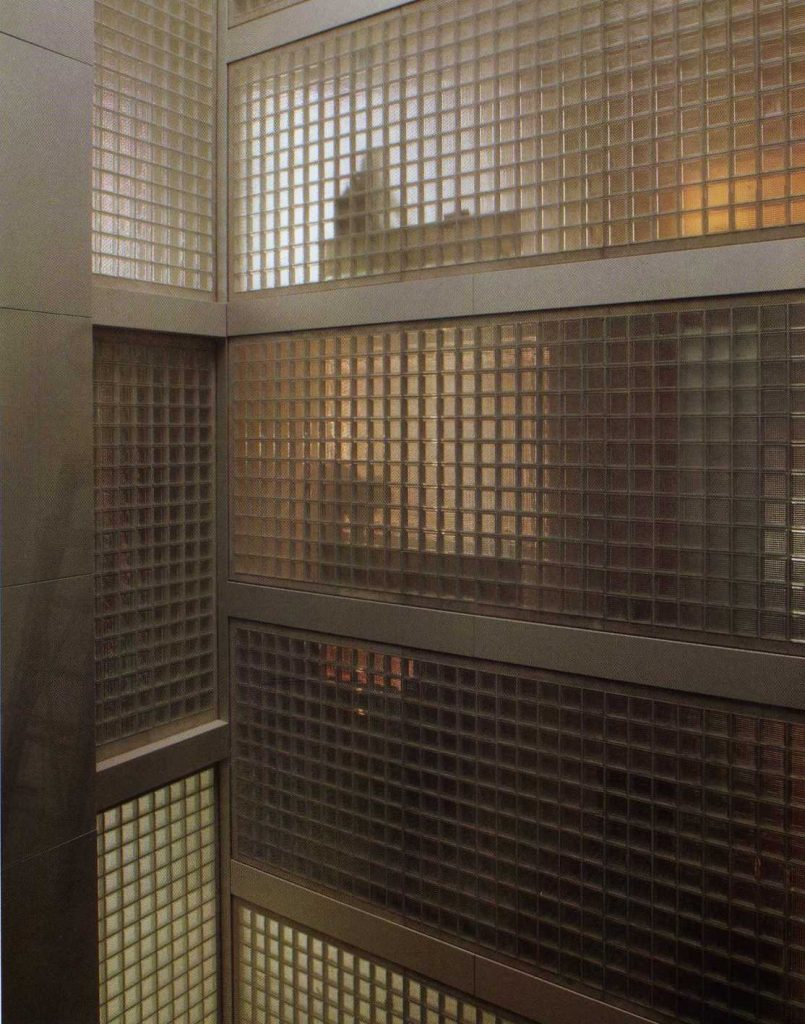