Early in 1922, the then mayor of Roubaix, Jean Baptiste Lebas, commissioned the architect Albert Baert project “the most beautiful pool in all of France”, a building like a basilica it were, for the pleasure of doing good things. The first plans were made in 1923, although work did not begin until 1927. Its slow evolution was due to access difficulties through the Rue des Champs, to technical difficulties mainly caused by the large arch cover administrative and financial problems City

It took ten years to erect this “Temple of Hygiene” which became a masterpiece of Art Deco destined to last. Its facilities remained active until 1985 when it closed for safety reasons since its vault, after 50 years of use risked collapse.

Instead of demolishing the old building and erect another in its place, the city opted to pursue a restoration project returned to La Piscine its former splendor. Responsible for carrying out the project was the architect Jean-Paul Philippon. La Piscine reopened in 2001

La Piscine was built on a plot designed as garden off to a family of textile entrepreneurs in the city of Roubaix, 23 Rue de l’Espérance, Nord-Pas-de-Calais, France. The city owed its development to the industry that over the years was diminished activity.

The pool was designed with the sole idea that it was the main bathhouse for the poor in Roubaix, one of the most important textile centers in France at the time. It was designed as a sanctuary of hygiene in response to the misery of the workers.

The facade was a Byzantine style theater. The plant coincides with that of a Cistercian abbey, four wings around a garden that resembles a cloister. On the wings arranged south and west, the swimmers could use baths, the north wing included the circulation spaces, distribution and recreation area with a terrace and a bar. The large pool is in the east wing. The interior decoration is typical of an Art Deco building with masonic symbols. Albert Baert belonged to the Masonic Lodge East in the north of Lille.

The main room is surrounded by windows, symbolizing the sunrise and sunset, the crystals were decorated with francomasónicos reasons, so that the water in the pool with Olympic size, 50 meters long, runs through the area from north to south showing sunrise, while the eye of knowledge is represented in all its parts. The walls were decorated with colorful mosaics with aquatic motifs.

Along the walls booths baths on two levels, a hairdressing salon, manicure, pedicure, steam room, bar and an industrial laundry were built.

To meet the needs of industry, the city built a modern laundry in the basement of the pool.

A large stream of water falling on the pool out of the head of Neptune, god of the oceans, although the swimmers had nicknamed him “the lion” for his mane.

To convert the old building Art Deco pool at the new Museum of Art and Industry in Roubaix, a neighborhood revitalized in another era avocado to the textile industry, while their use is enhanced engagement with the world of Industrial Design: fashion and textile design and the world of education: through educational workshops.

The former Museum of Fine Arts, custodian of “applied art” of the city and closed since 1940, remained dormant until its reopening in this unusual environment.

The new building on the facade using concrete and glass combines straight lines with a brick wall belonging to a former textile factory in memory of the industrial character of Roubaix.

The Cuba of the large pool was filled largely, though its original length was respected whose stream recalls his previous existence and reflects the work presented at its periphery, may be covered if necessary for an exhibition or parade.
Along the pool is exposed a large collection of sculptures including works by Rodin and Camille Claudel, accompanied by ancient mosaics with water features that have remained in place are.

In the halls of the old baths and showers collections of fine arts, textiles and paper collections are located.

Added a large auditorium and a large space for temporary exhibitions with mobile guides that allow presentations of the most diverse nature. There has been a new kind of museum that combines art and economics, memory and modernity. 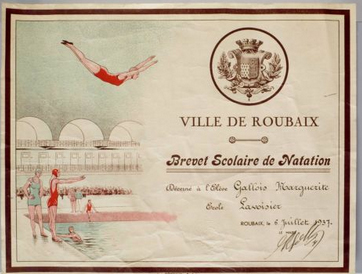 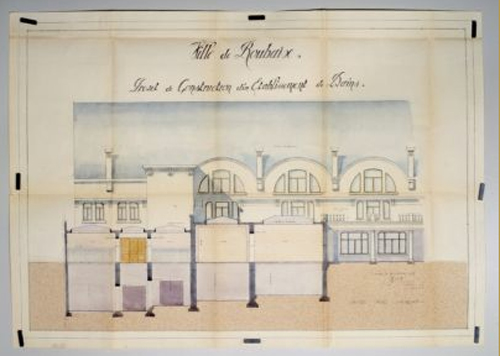 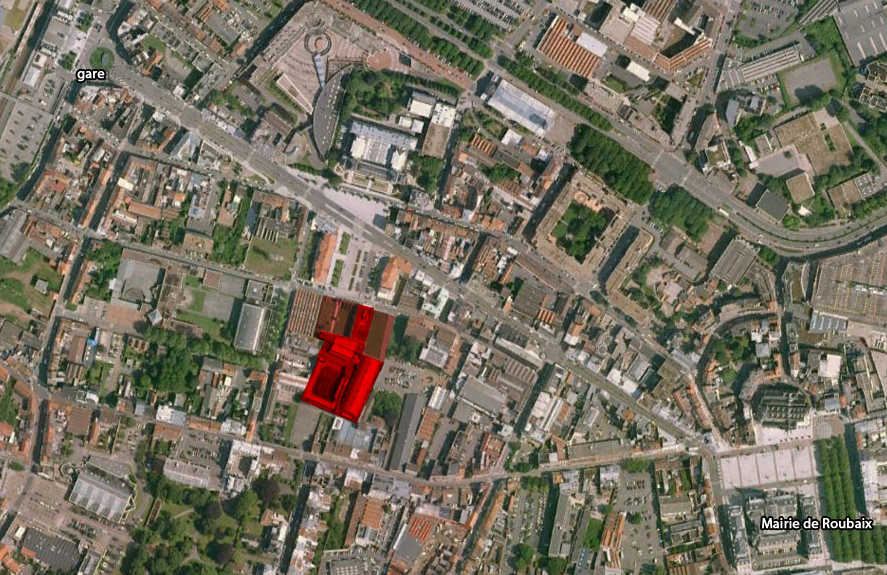 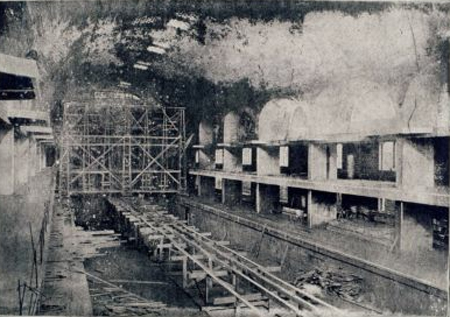 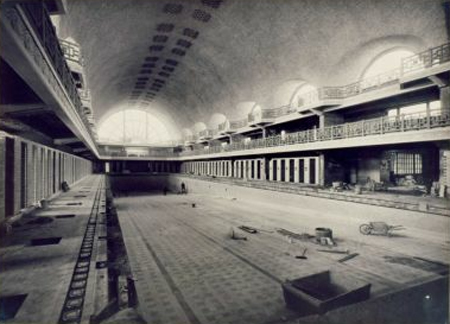 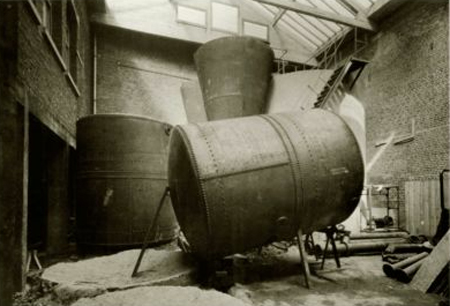 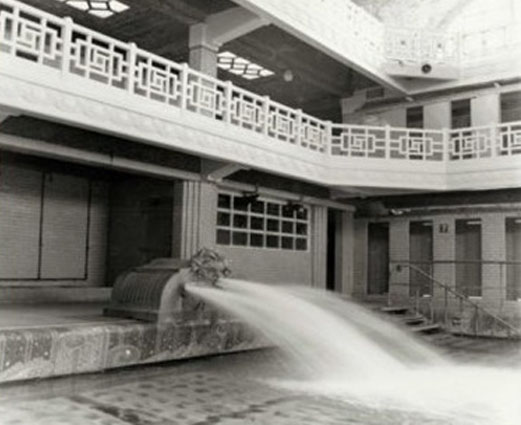 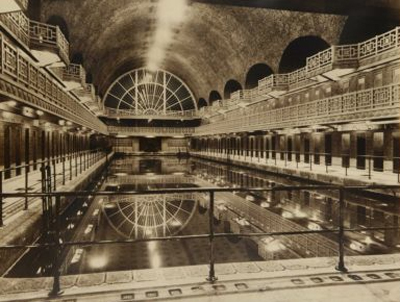 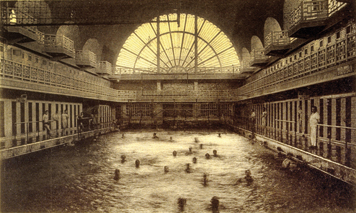 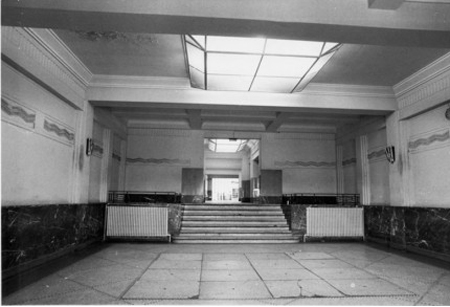 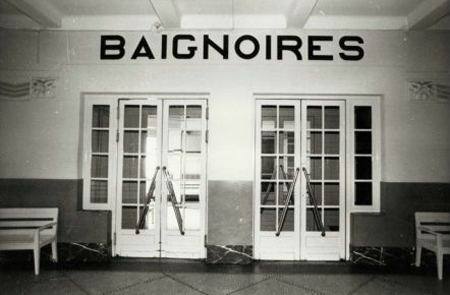 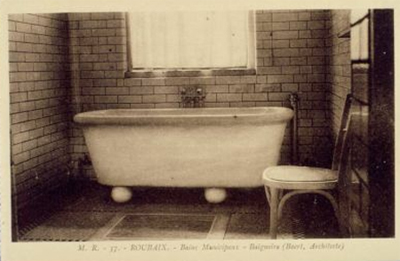 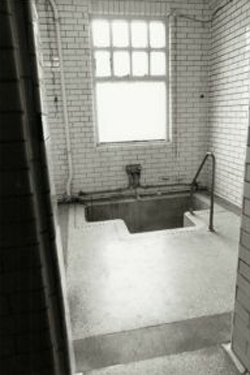 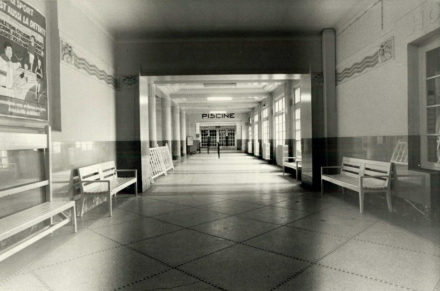 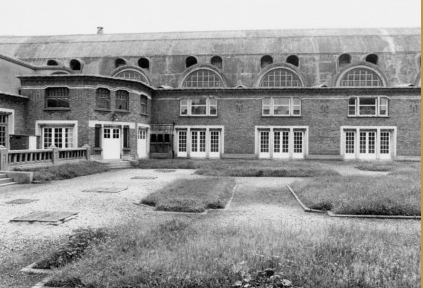 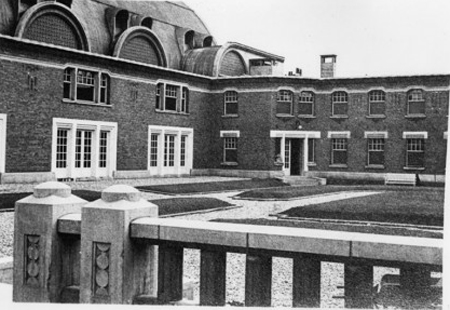 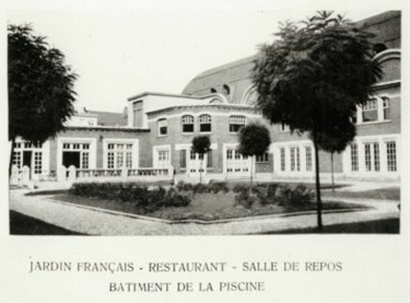 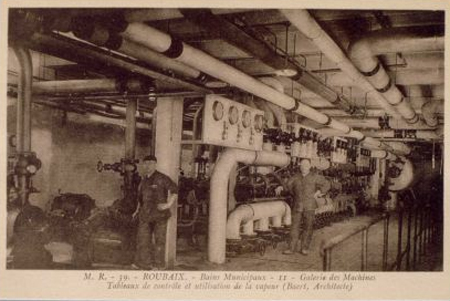 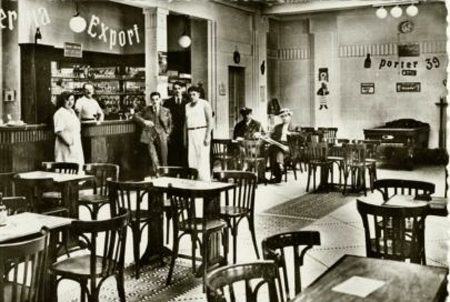 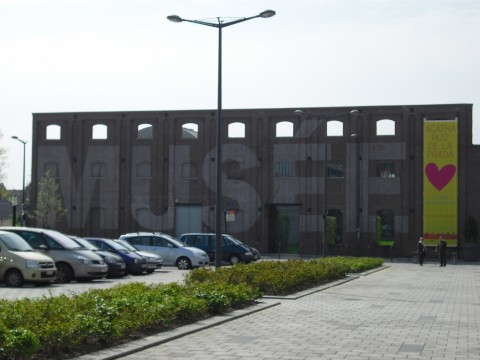 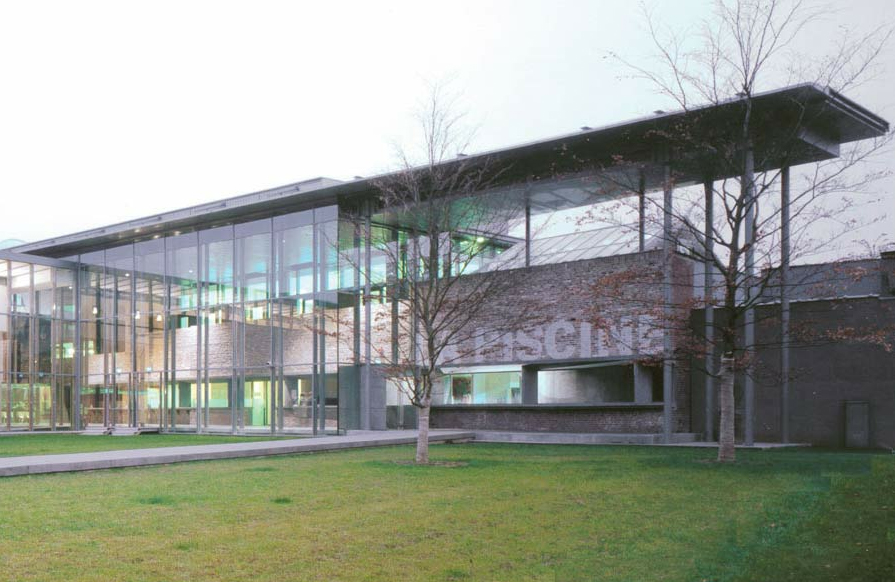 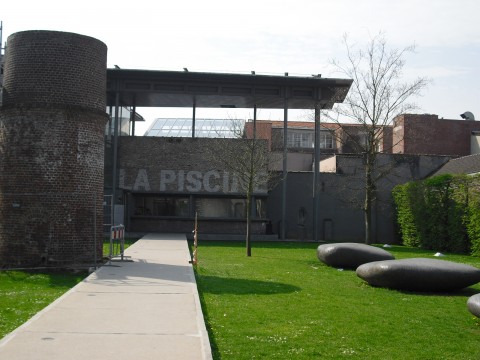 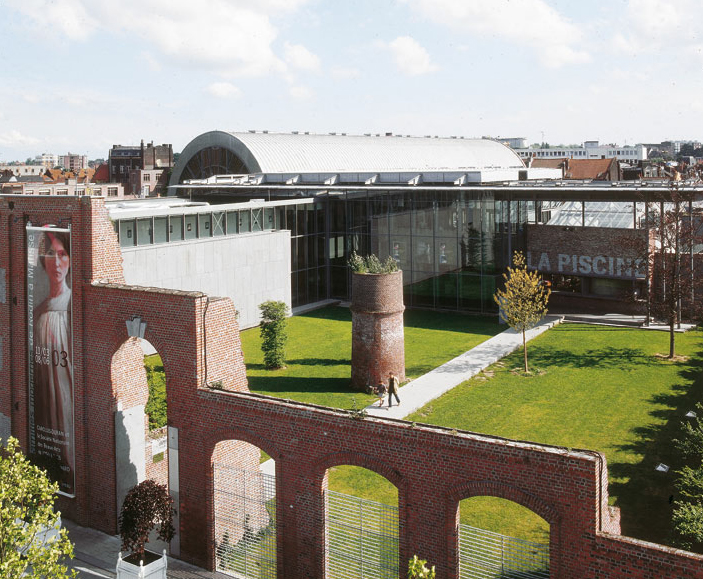 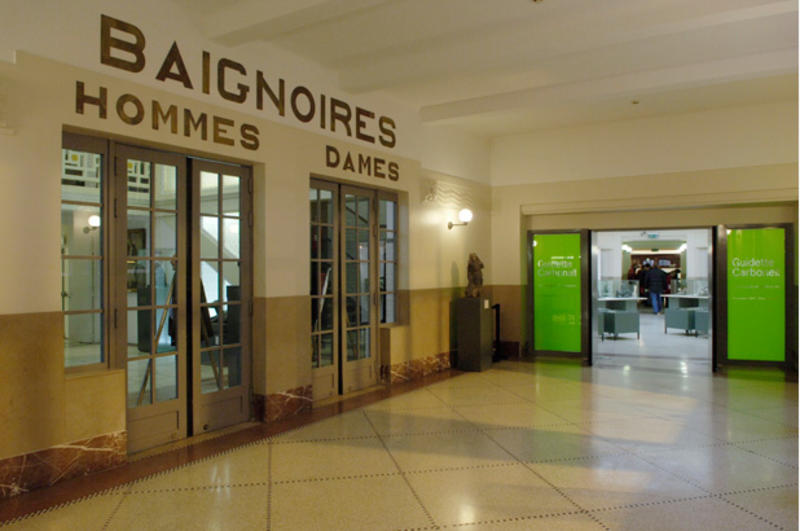 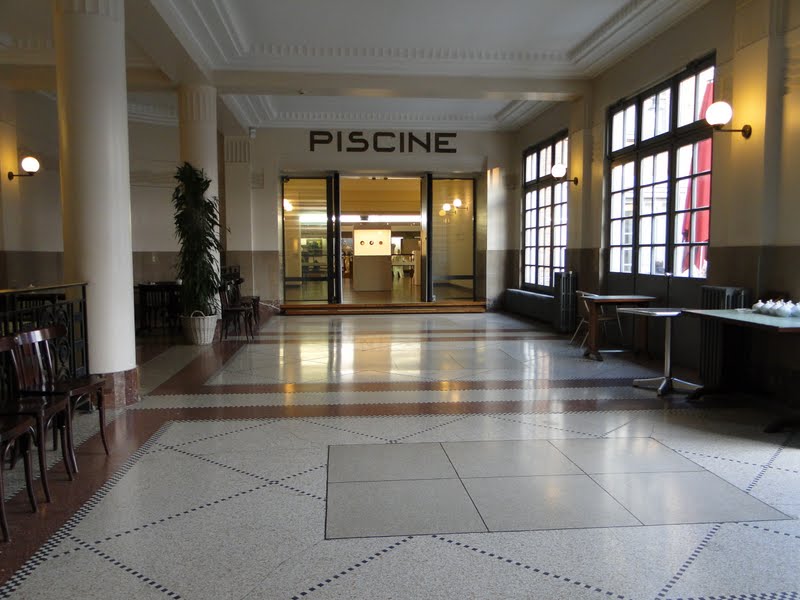 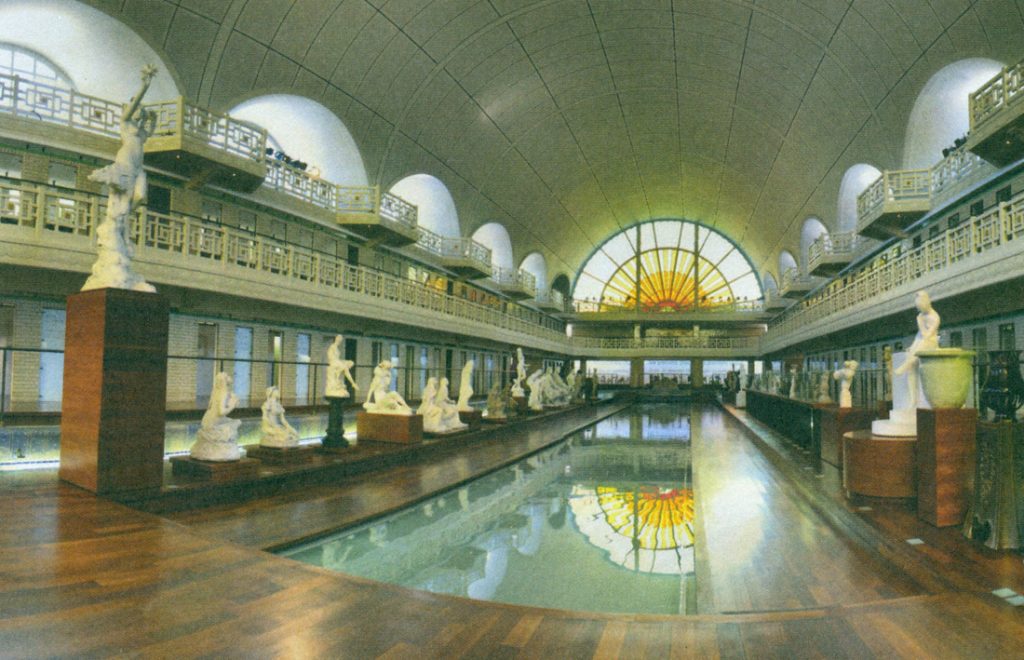 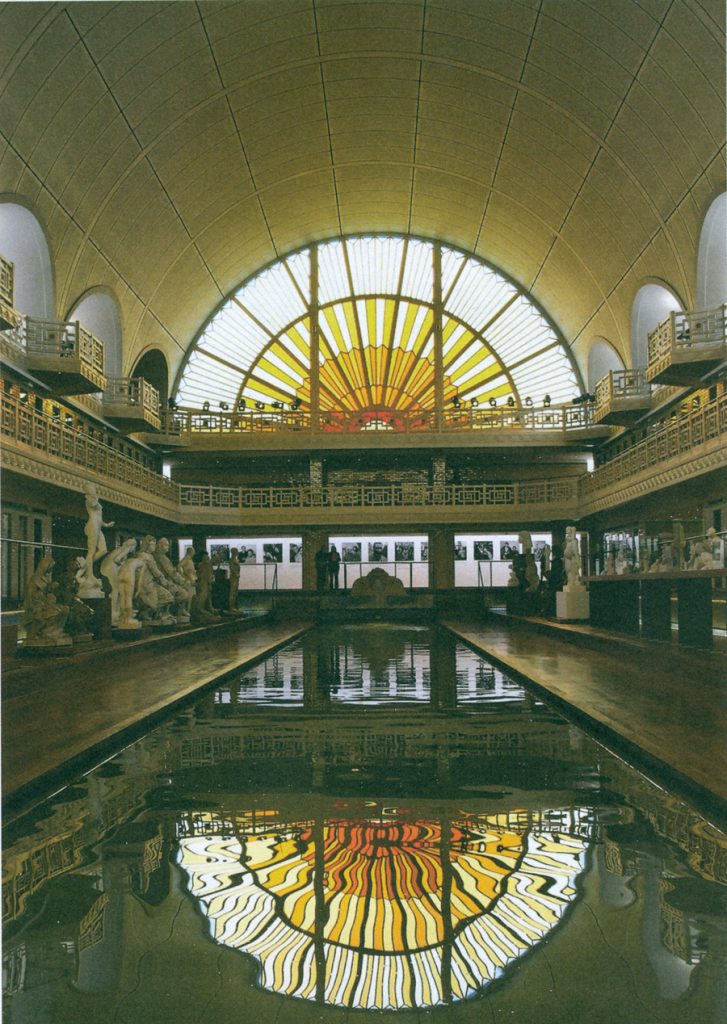 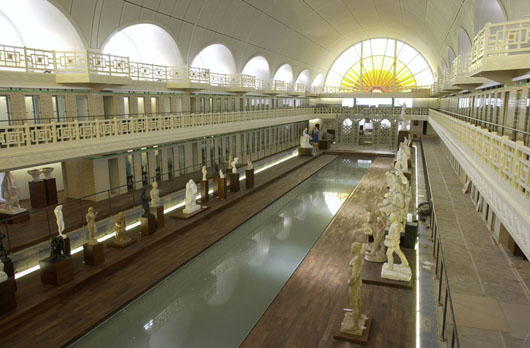 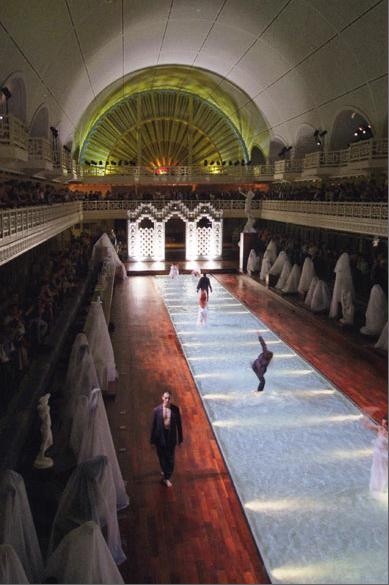 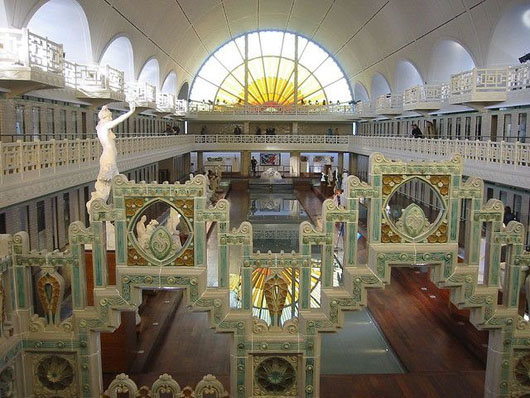